Went to check the Irwell at Summerseat today after last weeks diesel spillage from Tesco's filling station in Haslingden
www.manchestereveningnews.co.uk/news/greater-manchester-news/river-irwell-petrol-spill-dead-7382924

As I said in an earlier blog the Irwell in Bury on Wednesday looked very sick, glad to say that it looked OK in Summerseat today, no sign of dead fish or diesel, in fact trout were rising.

I set up with an eight foot rod sinking line and a copper john nymph. This was before I had seen fish on the rise. Although I had another reel with a floating line in my pocket I decided to continue with the nymphs.

The copper john was producing nothing, changed to an hares ear with the same result. Next I tried a nymph from my brothers old box, no idea what it is called but it caught me a fish. 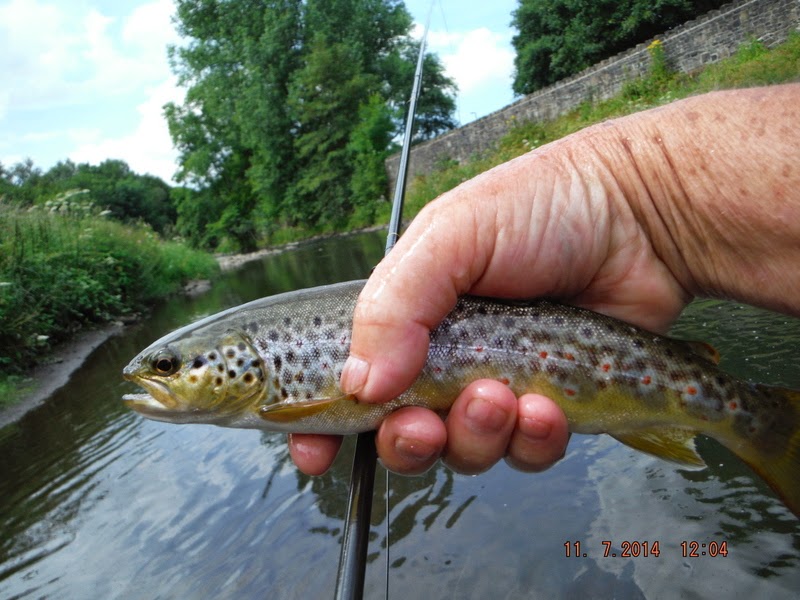 I changed to two spiders after a while and caught this one. 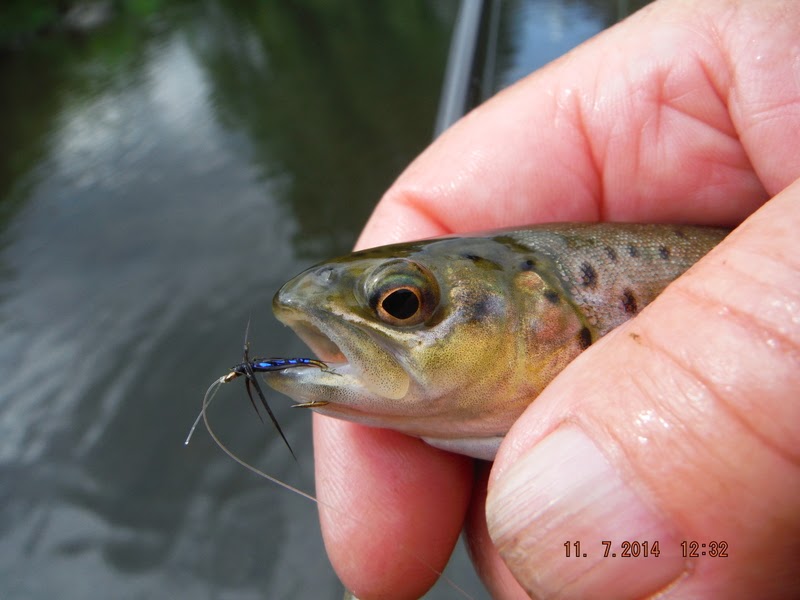 I moved up under the restaurant catching nothing worth a picture on the way up. 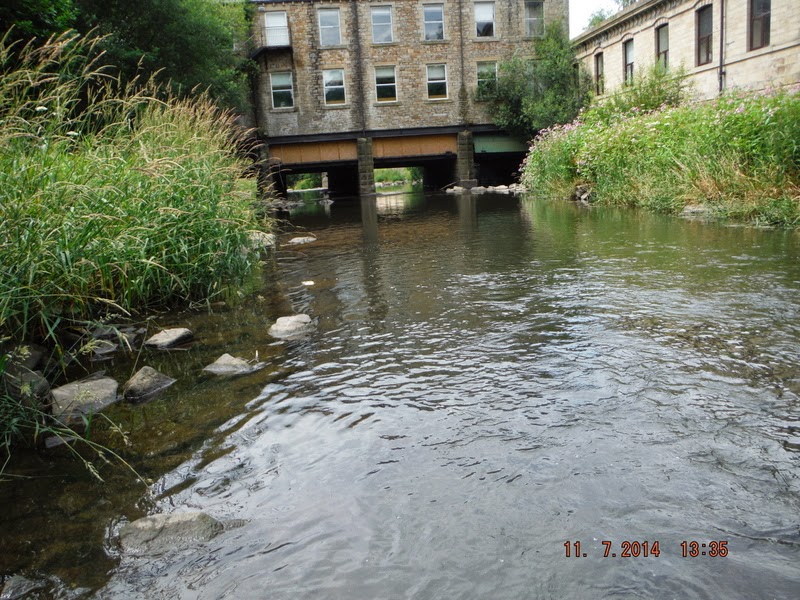 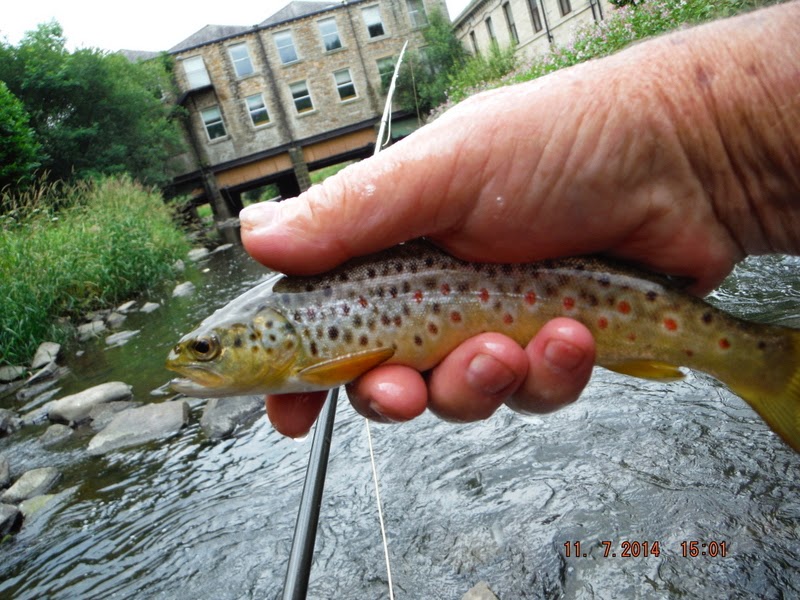 This was the best one on the way down.. 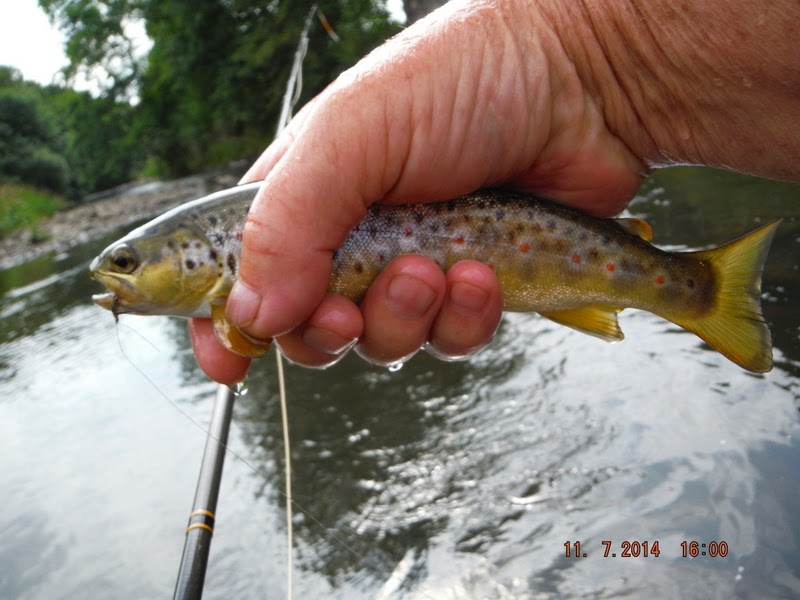 Back under the restaurant I had this one. 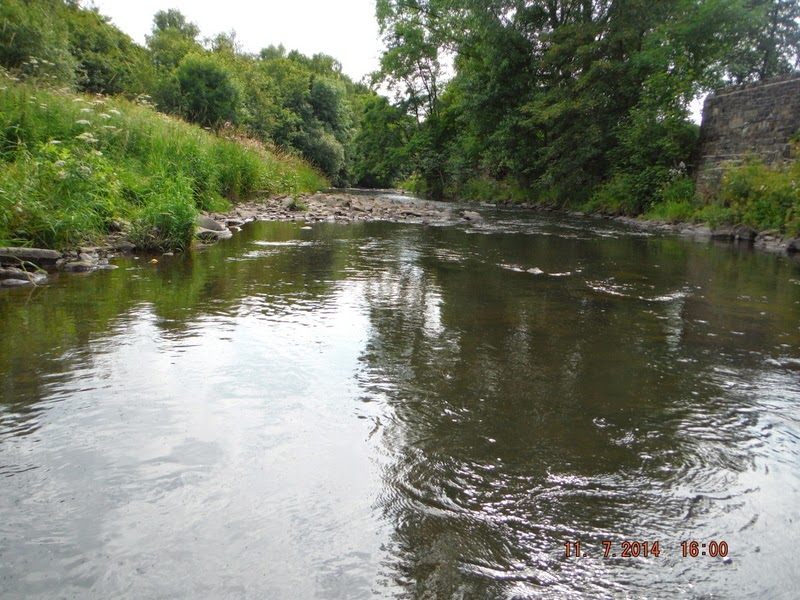 Caught it just where the water starts to speed up 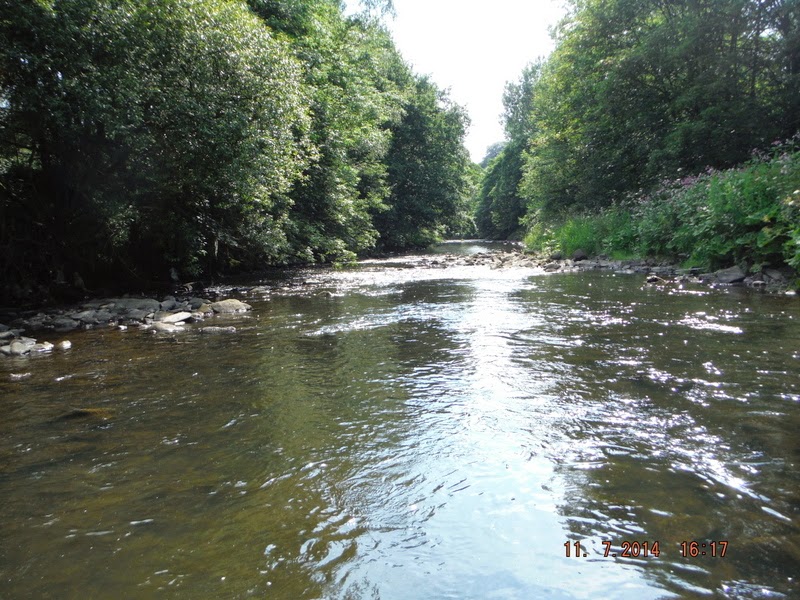 Caught a couple more in the pool under the trees. And one at the top of this pool.

All the fish except one that I caught on the spiders took the point fly which makes me wonder if there is any point in putting on three or as earlier two flies.

On the way back to the car I met Jules the dog walker and fly fisherman, he fishes Entwistle and the Irwell and lives in Summerseat. I think it's the first time I have seen him this year. We had a chat about flies and methods.
Good to see you Jules.
If you want someone to walk your dog in the Summerseat area his email is stathamjules@yahoo.co.uk

Posted by Flyfishing the Irwell and other streams at Friday, July 11, 2014