Today was probably the hottest day so far this year and we had decided to go for a four mile ramble and lunch out near the town of Leyland  which is south of Preston. The route, which I download from the internet just happened to include a couple of miles of the river Lostock, what luck.

Found the start of the walk, Leyland Warriors Rugby Club car park, without much trouble, which is almost unknown for me, I can get lost in my back garden.
Enough of that, the river. The Lostock, which I have never seen before, turned out to be quite small and not very fishable. It doesn't look to bad in the photos, but it was very shallow and not easy to get at. 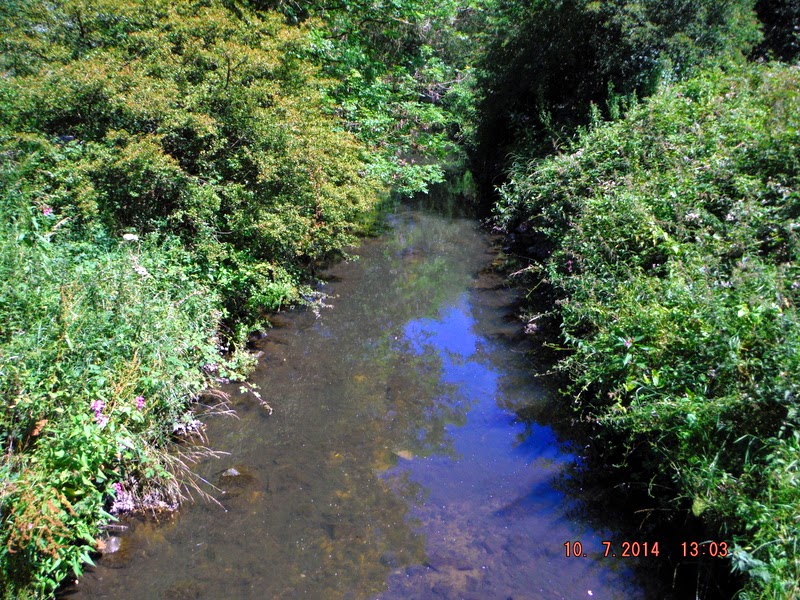 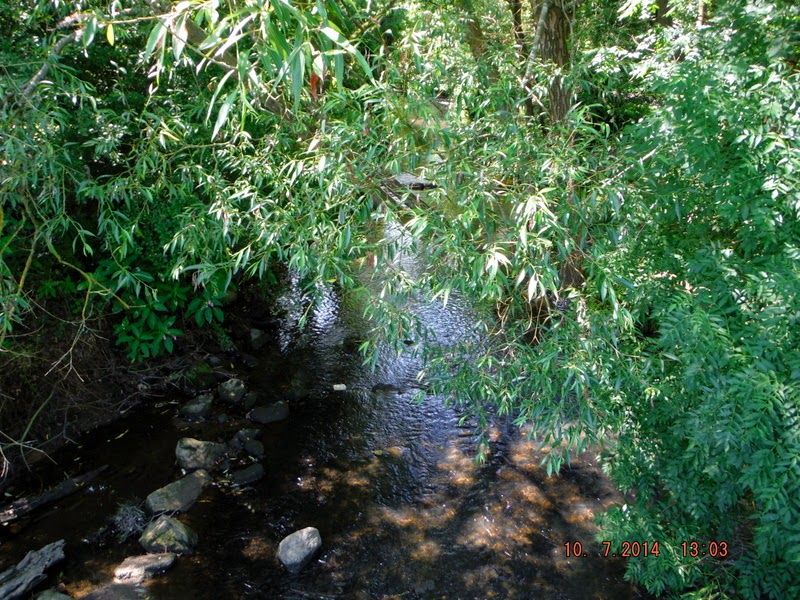 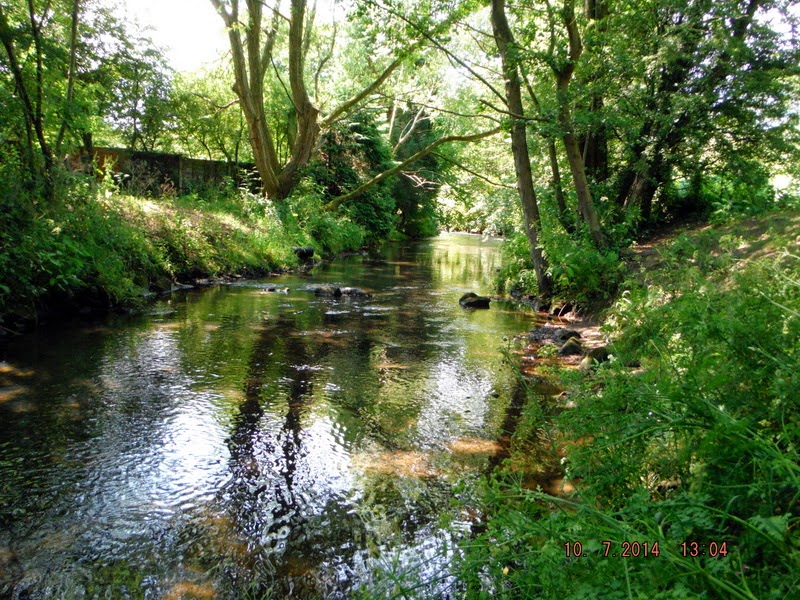 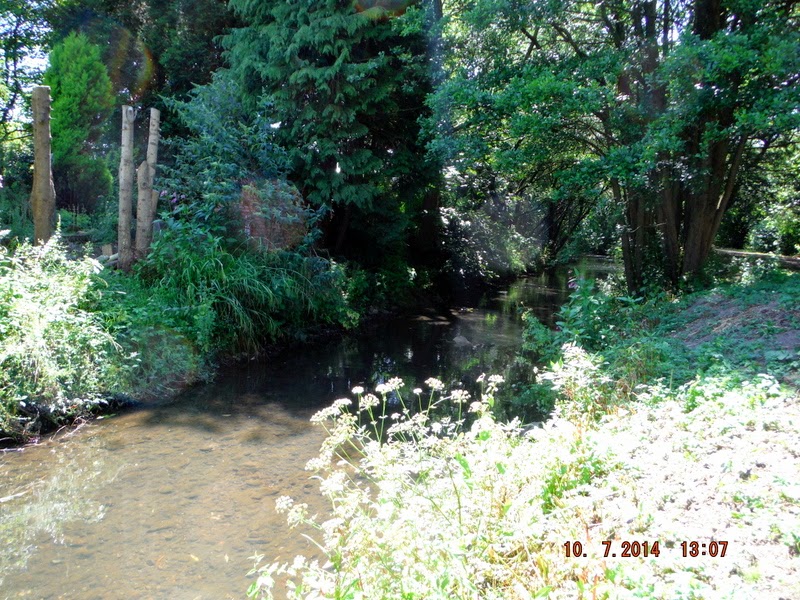 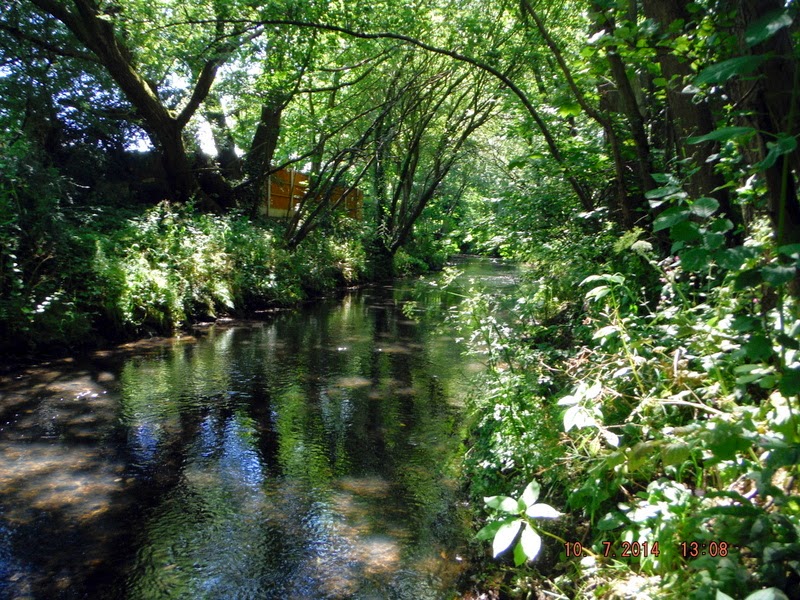 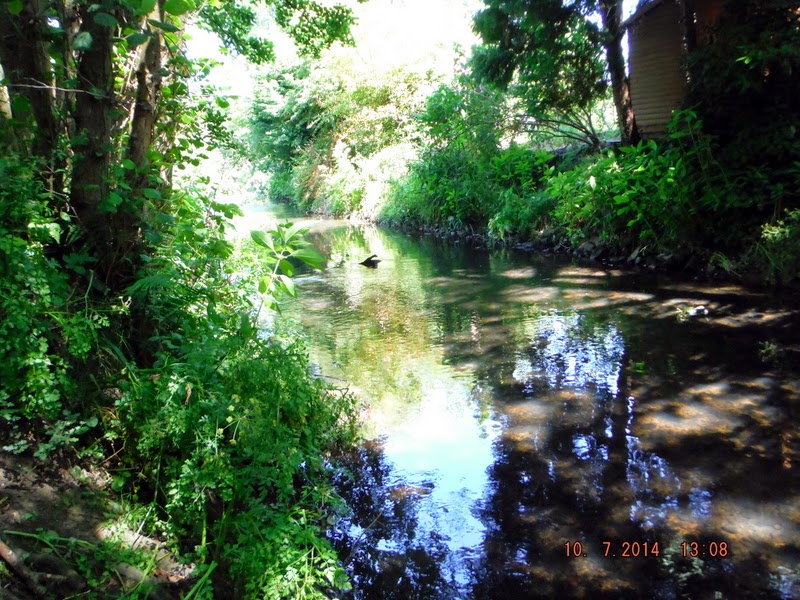 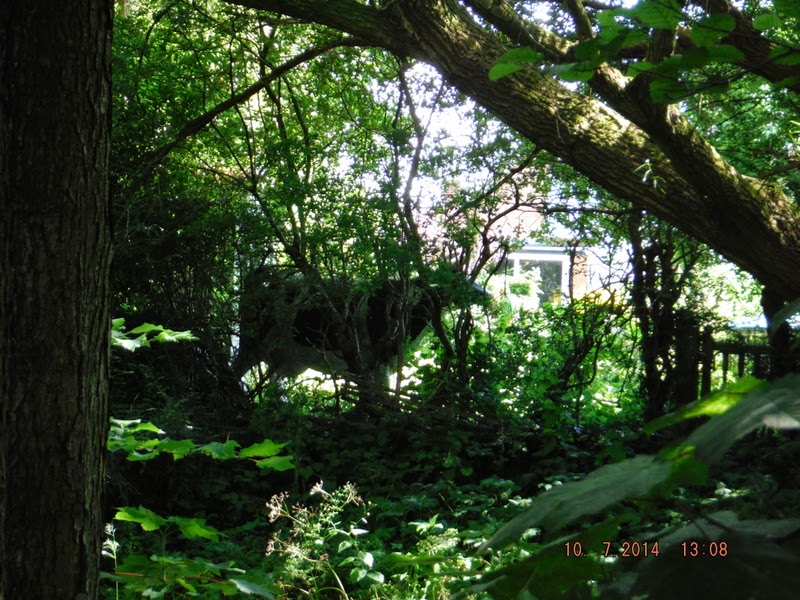 Its not a real cow, but it is a good copy. there is a path down one side of the river the other bank is the bottom of peoples gardens. 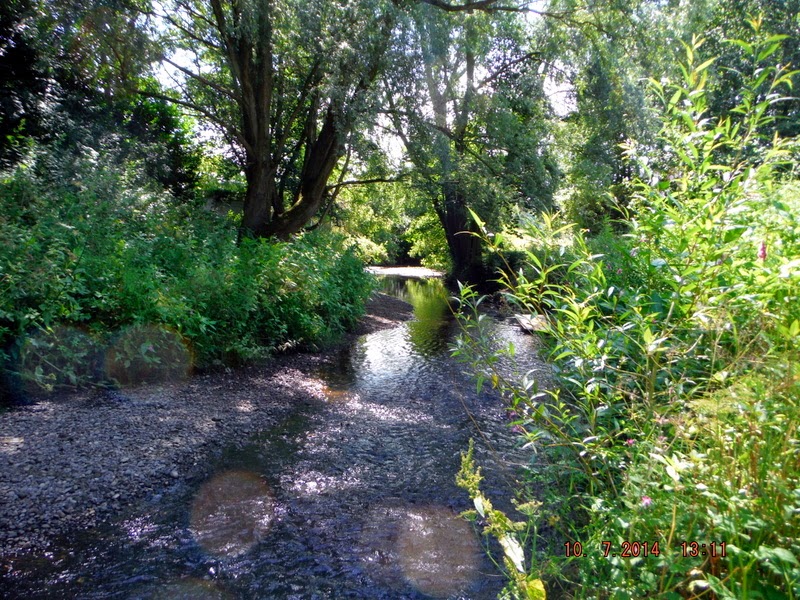 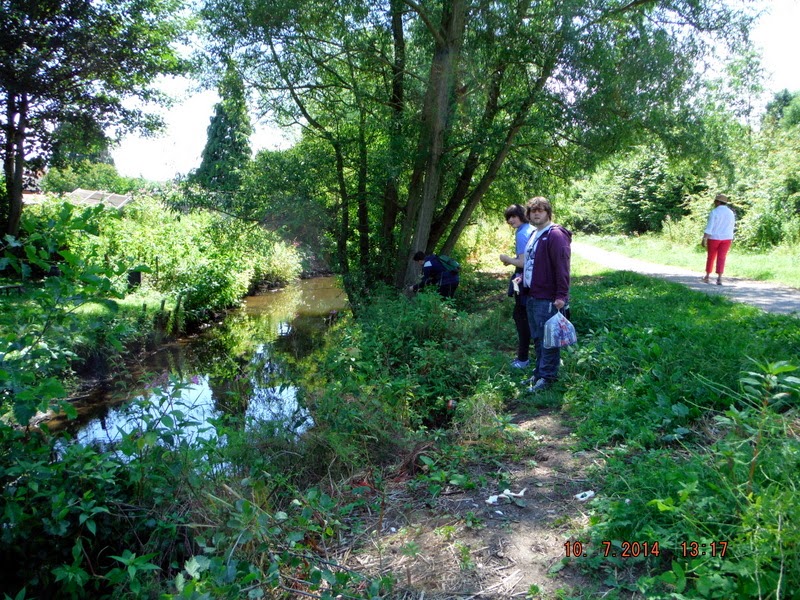 I did not see any signs of fish until we came upon these three lads, one of which was trotting for chub. I asked if there was any trout in the river and he said no, only chub. That's my dear wife wandering off without me. We carried on down taking more photos. 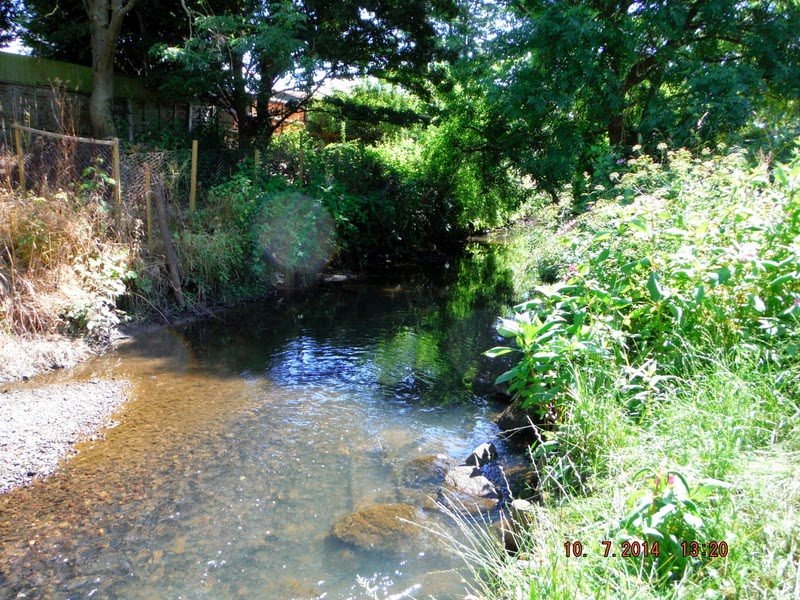 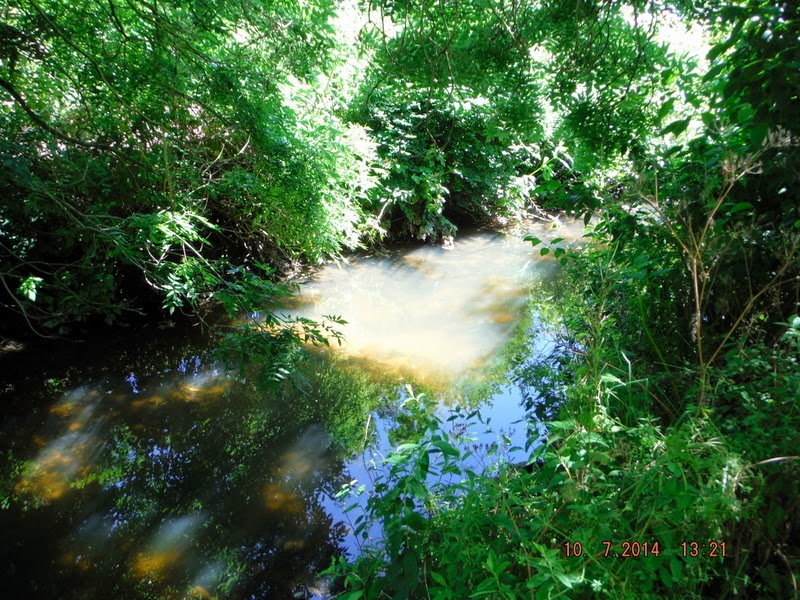 Until We got to the pool of light below which had lots of fish in it. 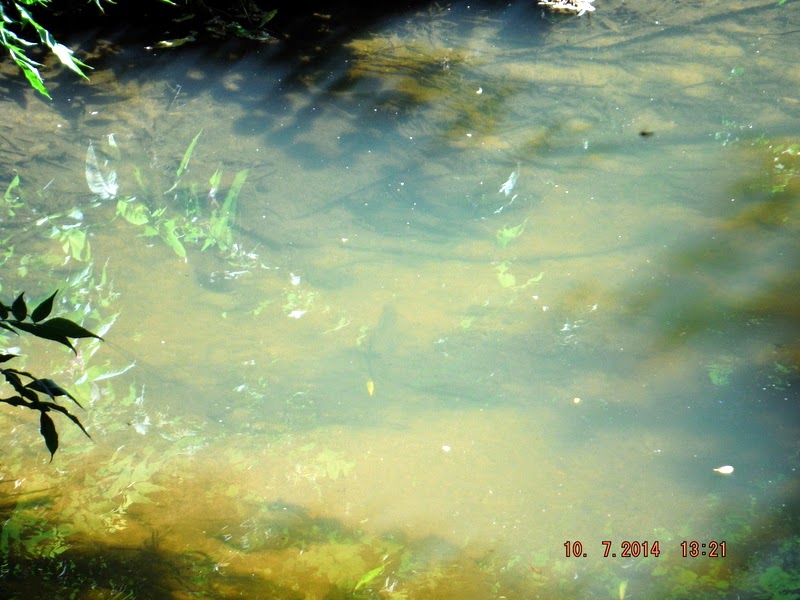 They looked more like trout than chub to me, but either way there was no way that I would be able to fly fish for them.

I think more google searching and trips out are required to see if there are fly fishing opportunity's to be had on the lower Lostock and Yarrow.
Posted by Flyfishing the Irwell and other streams at Thursday, July 10, 2014