Just over a couple of weeks since my last visit when I had caught fish on spiders, so of course I tried the same again. The river was rather dark in colour, not muddy more peaty. We did have some rain last night in Bolton which doesn't mean that the Irwell got any.

First thing I saw when I got to the river was a dead trout in the water, moved it to the side and checked it, could find no sign injury or damage.Don't think it was as a result of the week before lasts pollution as it look very fresh.

Put on two spiders and started below the broken weir. Nothing rising and no takes, moved up river and down again with the same result.

Sat down to eat my apple on the remains of the weir when two other anglers turned up. Seems they had read my blog and had come down for a look. As always I was into a chat about this and that. Turns out they were ex army same as me, joined when I was demobbed. 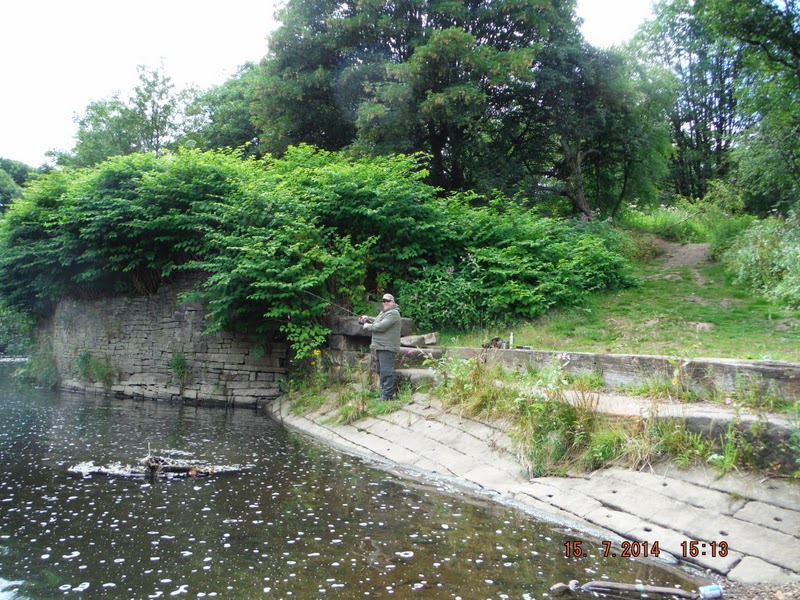 At least they brought me a bit of luck as I caught my one and only fish after they arrived. 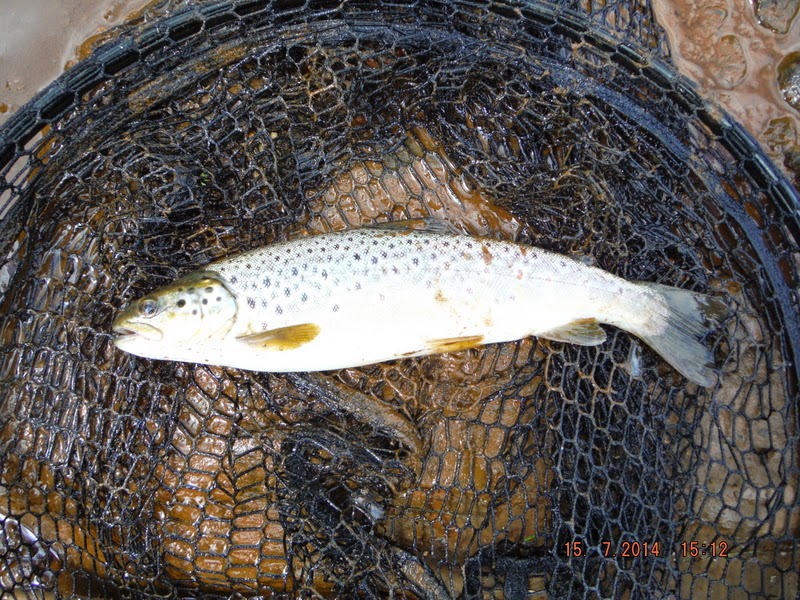 Didn't stay much longer hope you caught after I left.
Posted by Flyfishing the Irwell and other streams at Tuesday, July 15, 2014