Went to try to check out a part of the Douglas that I had not been to and see if it was fishable. Had the maps out and googled down to to find the best place to park so that I did not have to walk far. Found a track that looked good on paper but had trouble finding it on the ground but got there in the end.

Parked just off the road and walked down to the river, the track could take a car but it was pretty rough. There was a foot bridge and a ford for vehicles which I had been to before when I did a walk down the river from Adlington  to Wigan last winter. On the walk I had left the river there and walked up the track to the Leeds Liverpool Canal. On the walk I had intended staying by the river as far as I could, how I missed the fact that the path continued along the river and instead went up to the canal is beyond me. 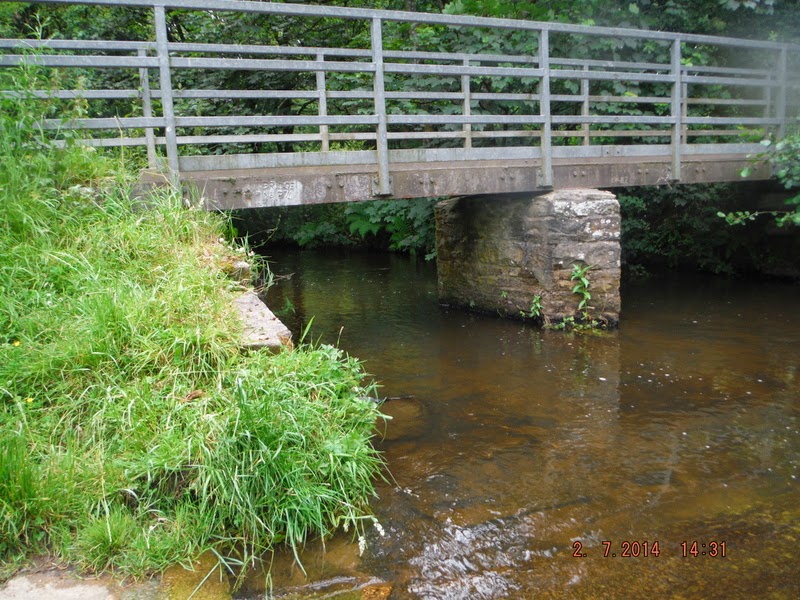 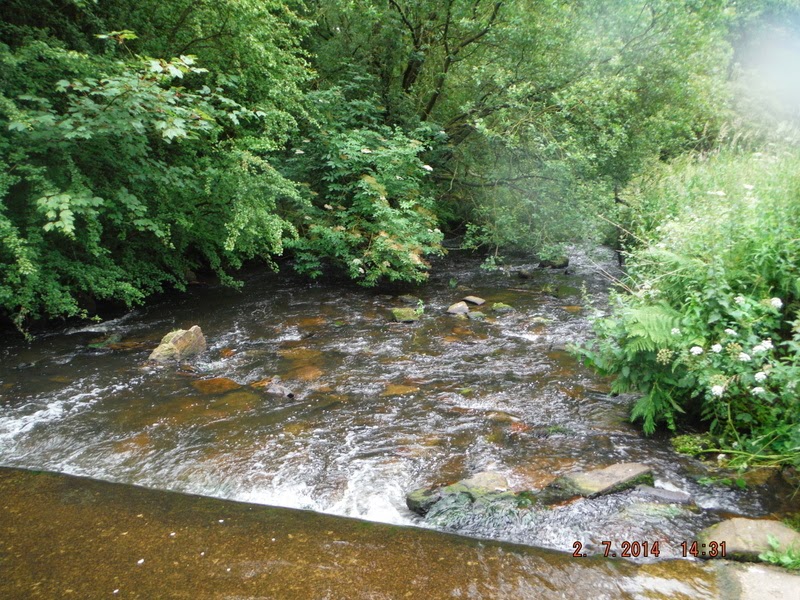 Any way this time I did find the path going down river and followed it for a mile or two. Not very promising, lots of barbed wire very little access to the river and overhanging trees and bushes just about made it impossible to fish with fly except in the odd place. I don't think I will be bothering. 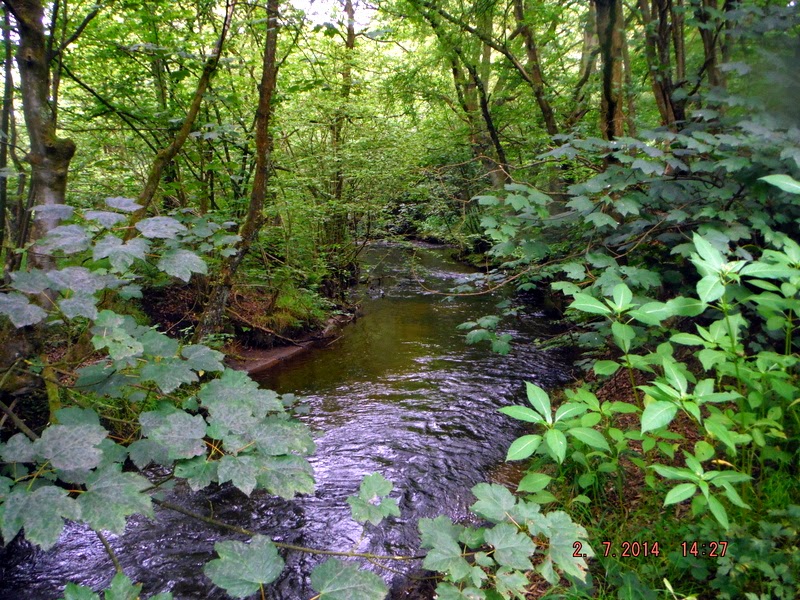 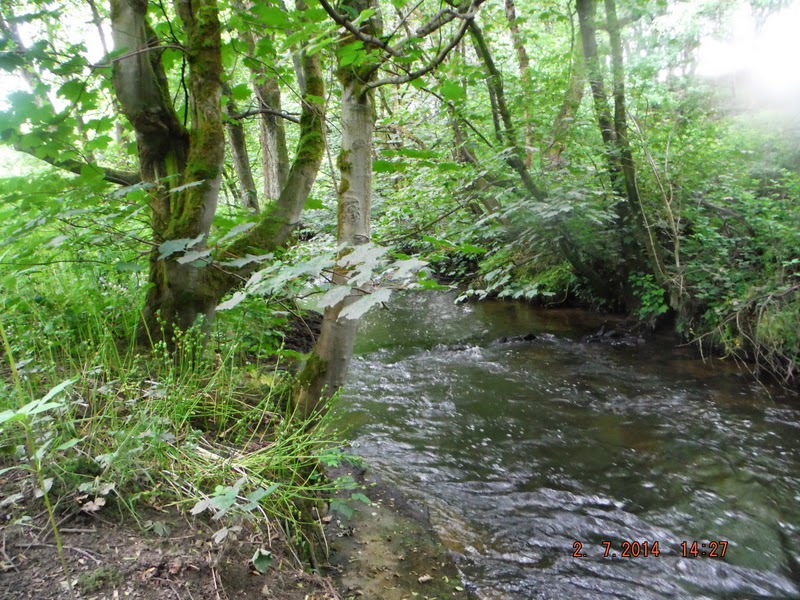 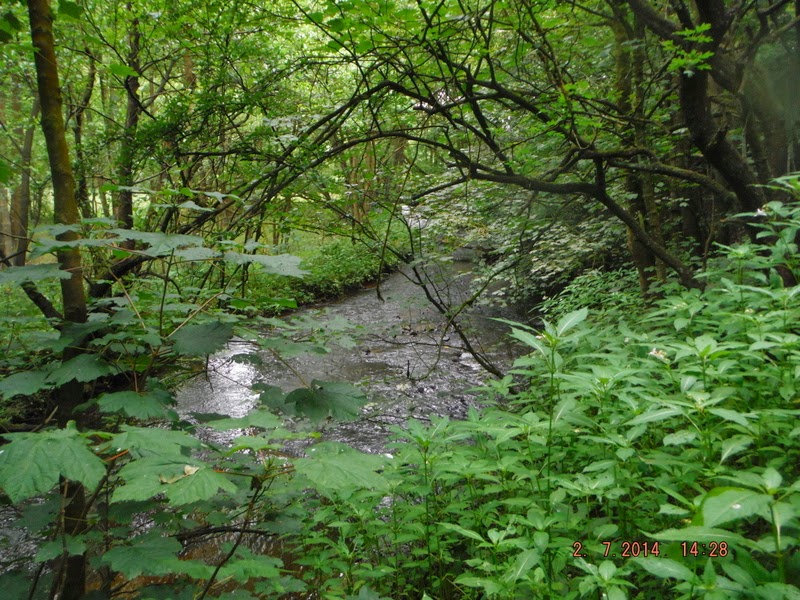 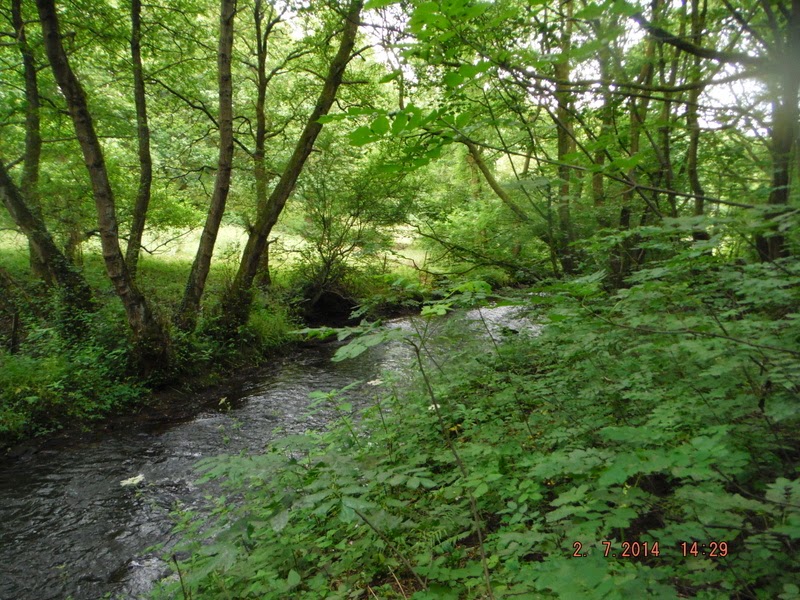 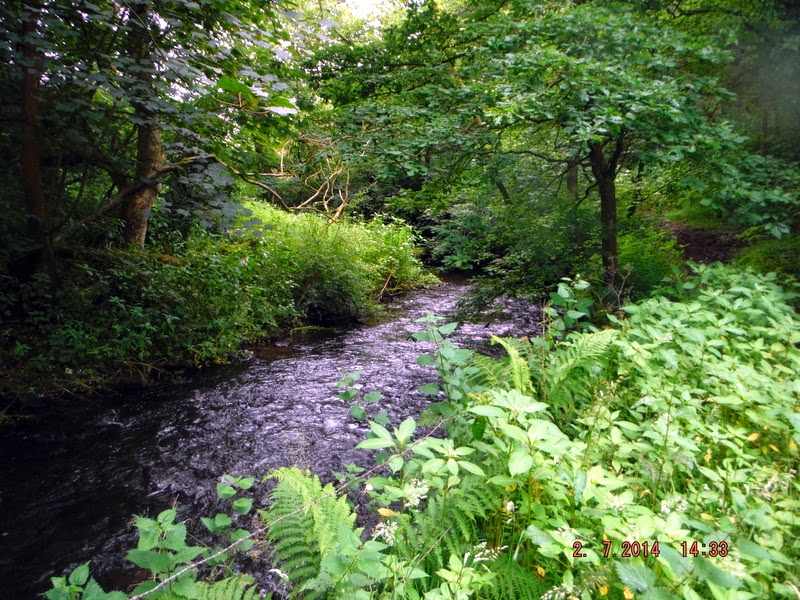 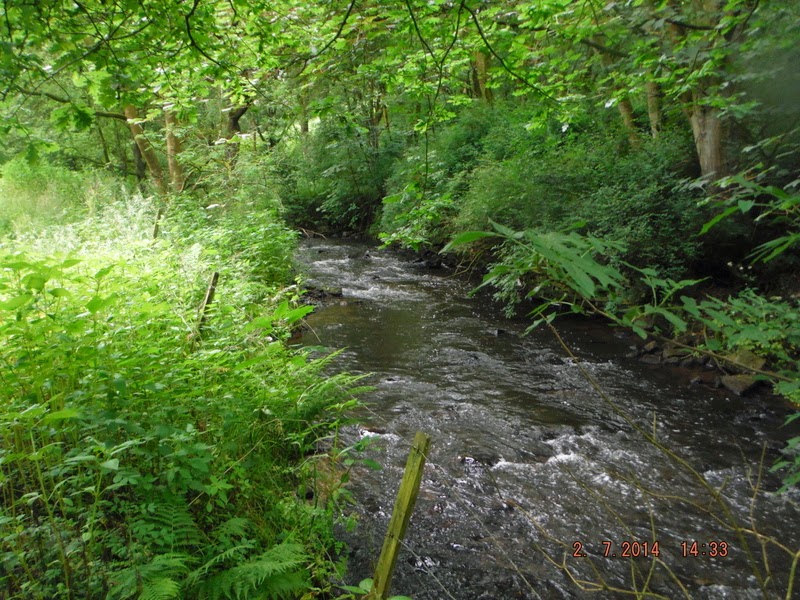 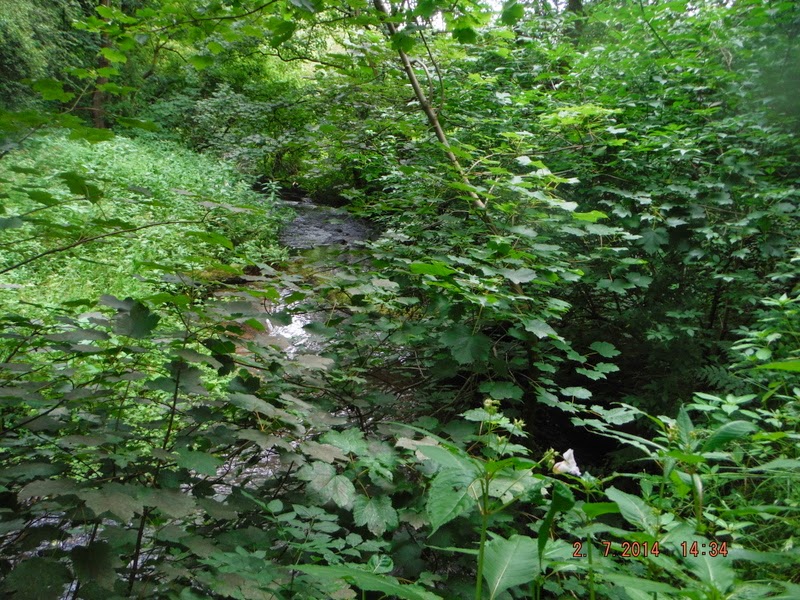 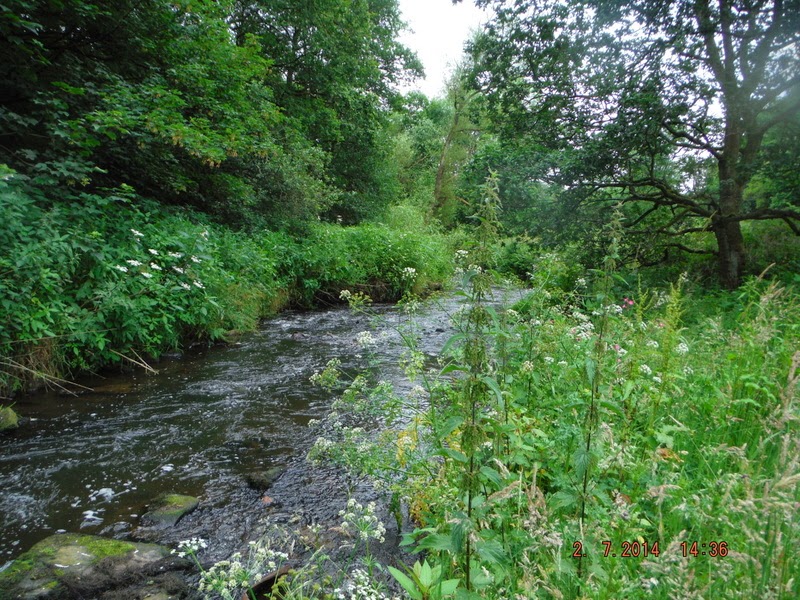 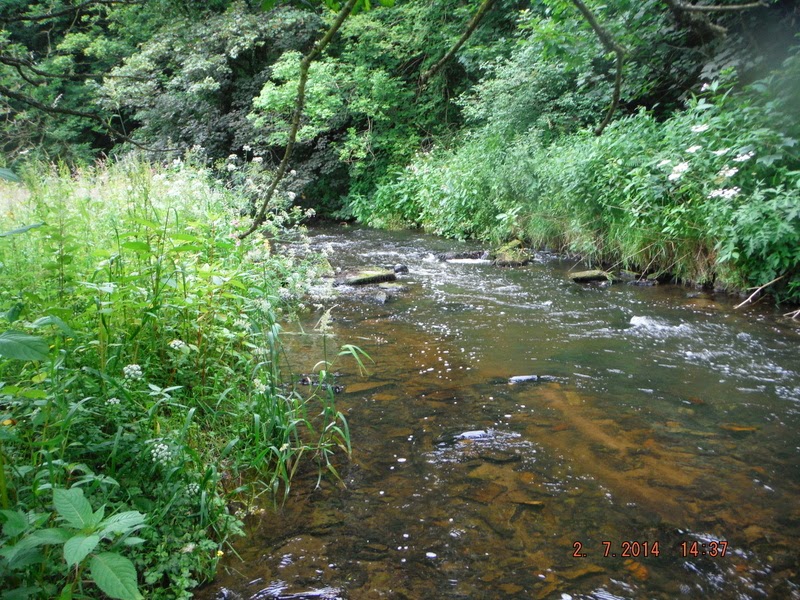 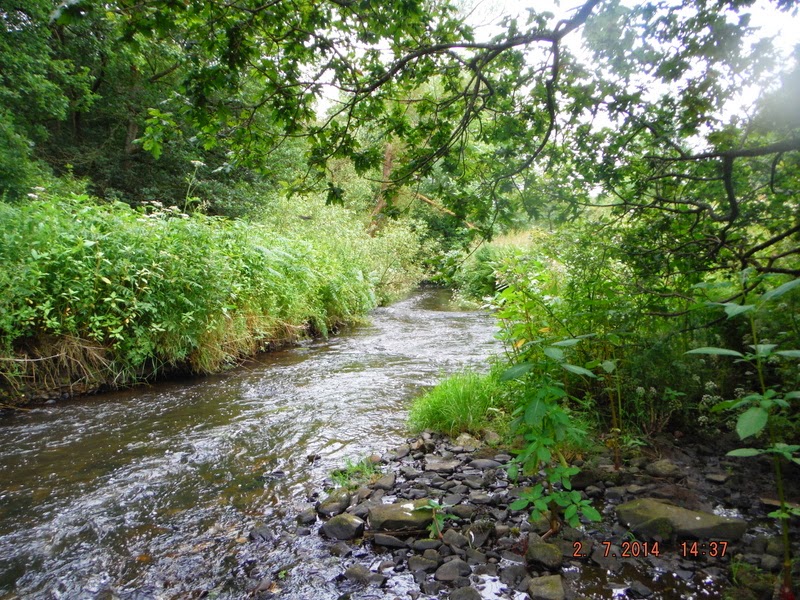 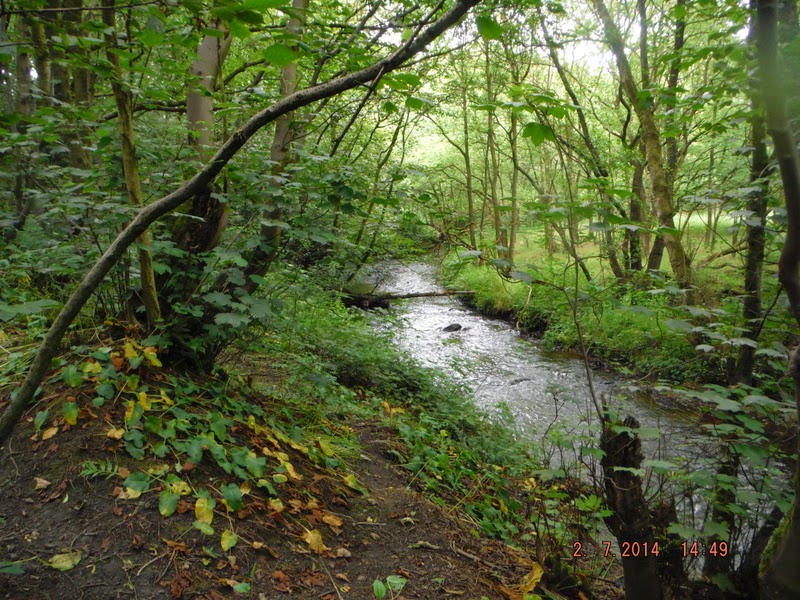 These pictures are of the best places I could find most of it was much worse.

I am sure there are fish but not for me thanks..
Posted by Flyfishing the Irwell and other streams at Friday, July 04, 2014