Some rain over night and lots more forecast for tonight and tomorrow.

Went a day early to Ewood Bridge for the August kick sample, the river was up a little and had colour. The sample was pretty much the same as last month but still well down on last years figures. One difference was Water Snails, the first time that any had turned up in my sample.


Although it did not look very promising I decide to have a fish. 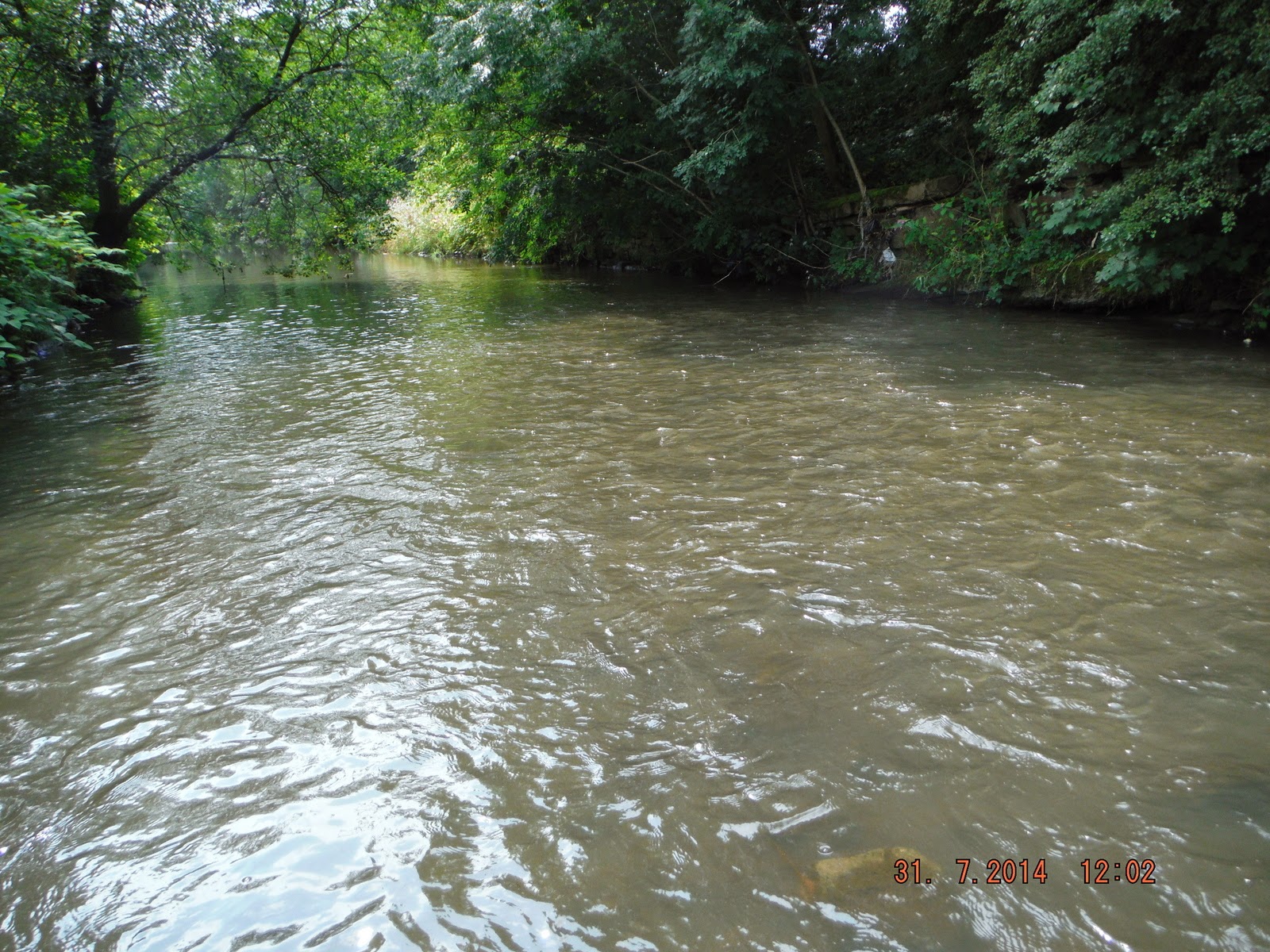 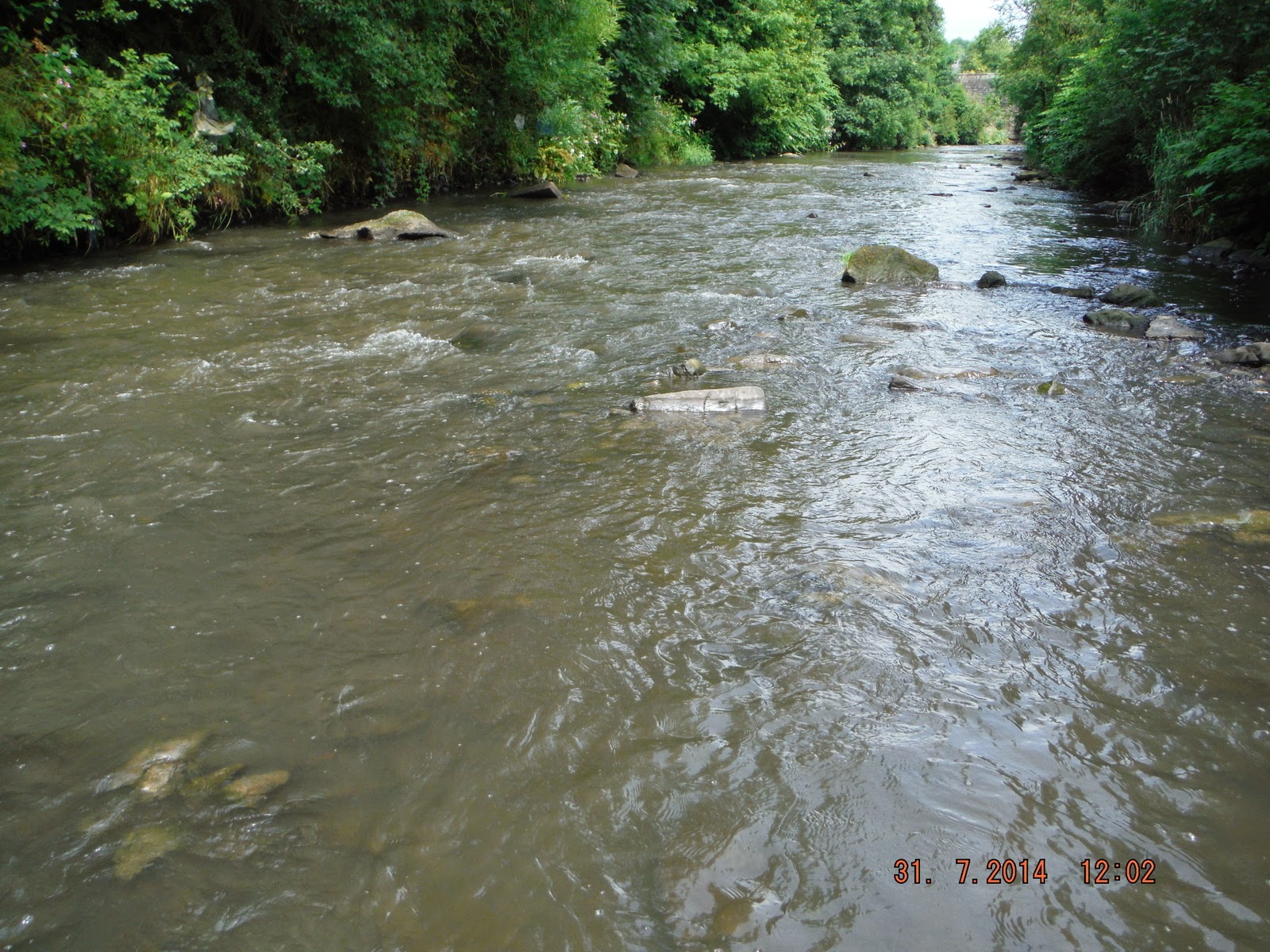 As you can see it is pretty murky.

Gave it half an hour of nymph for no result, then drove up to Townsend Fold to check Langwood Brook which was running clear. 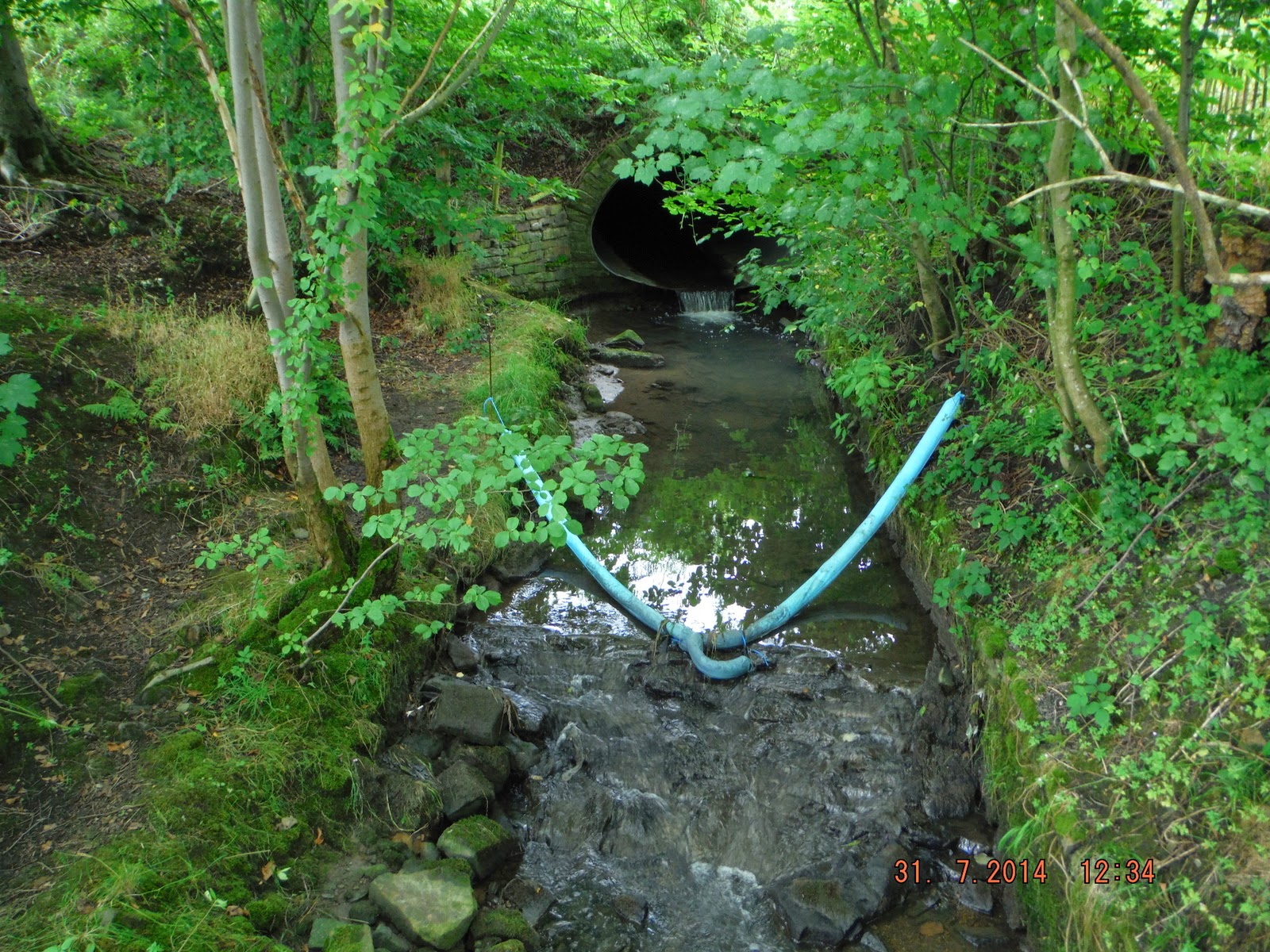 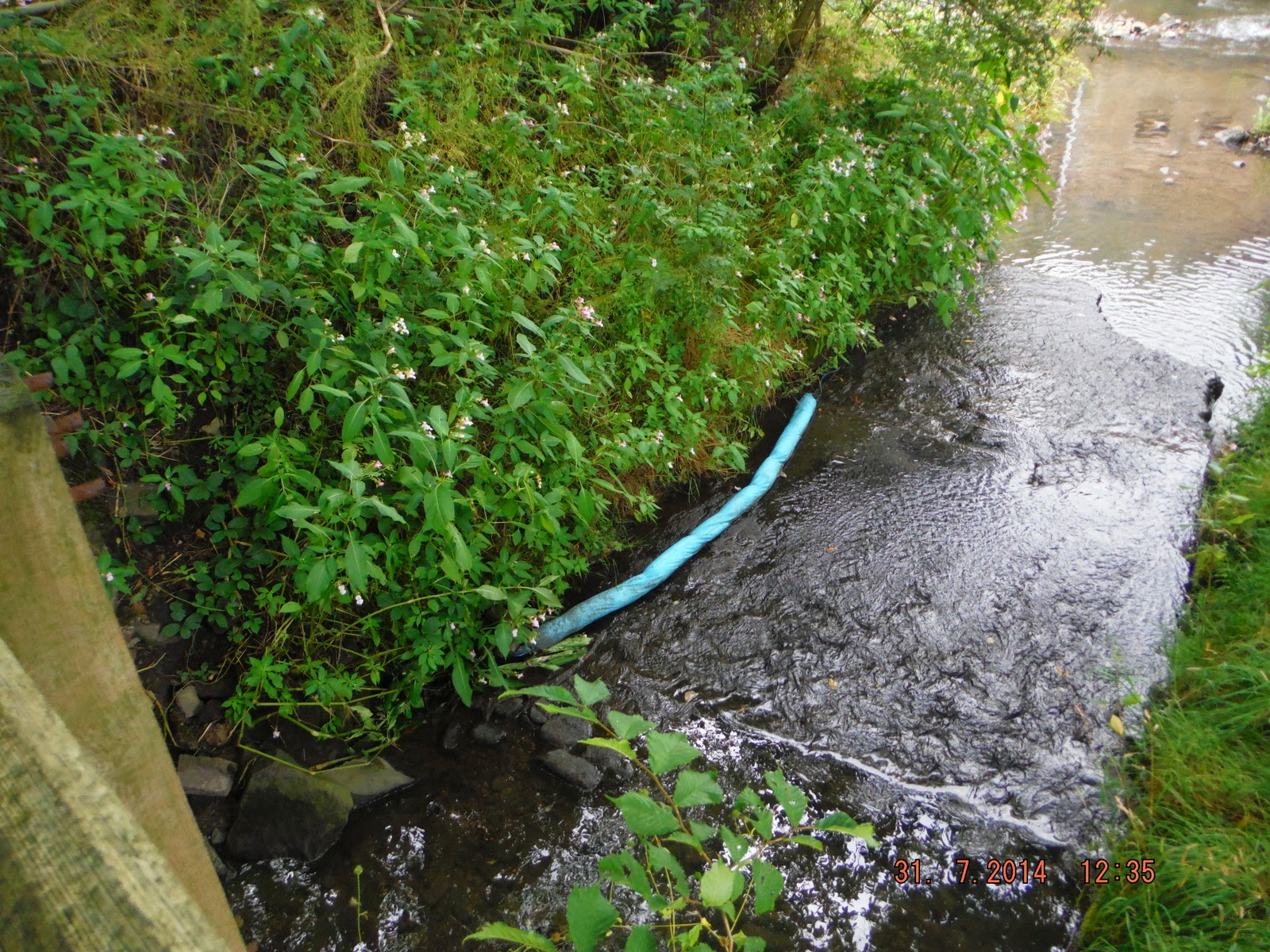 I was surprised to see blue barriers in the stream, could they be from when the diesel leaked from the Tesco petrol station and polluted the river. I hope that they are not going to left in the stream.

Went next to the river Limy near Crawshawbooth very little water so back to Bolton and Bradshaw Brook.

Fished the bottom beat in the park, a little bit more water than last week but not very much, still the same colour. Didn't do much better than in the Irwell, hooked and lost several fish but only managed to net one. 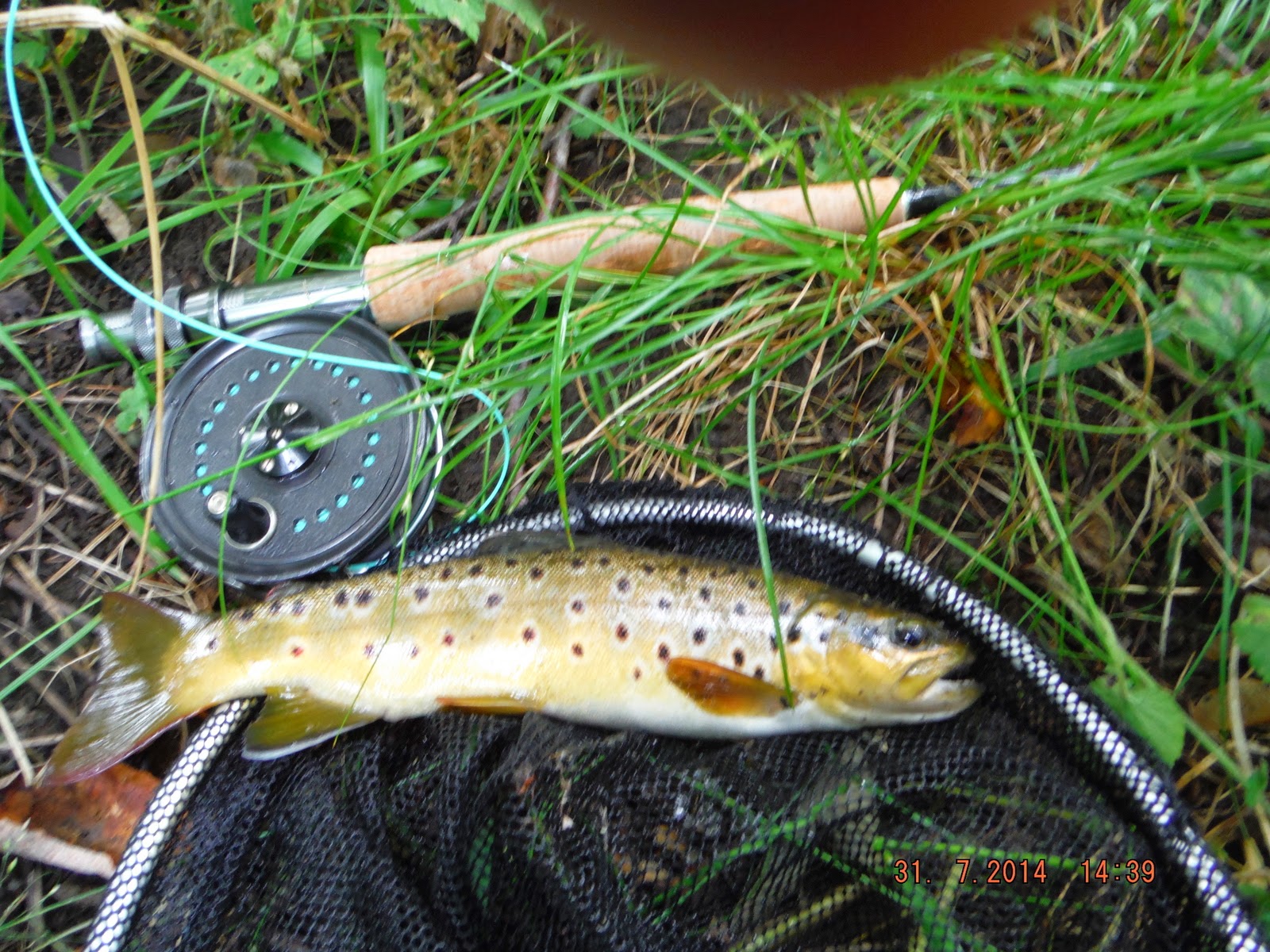 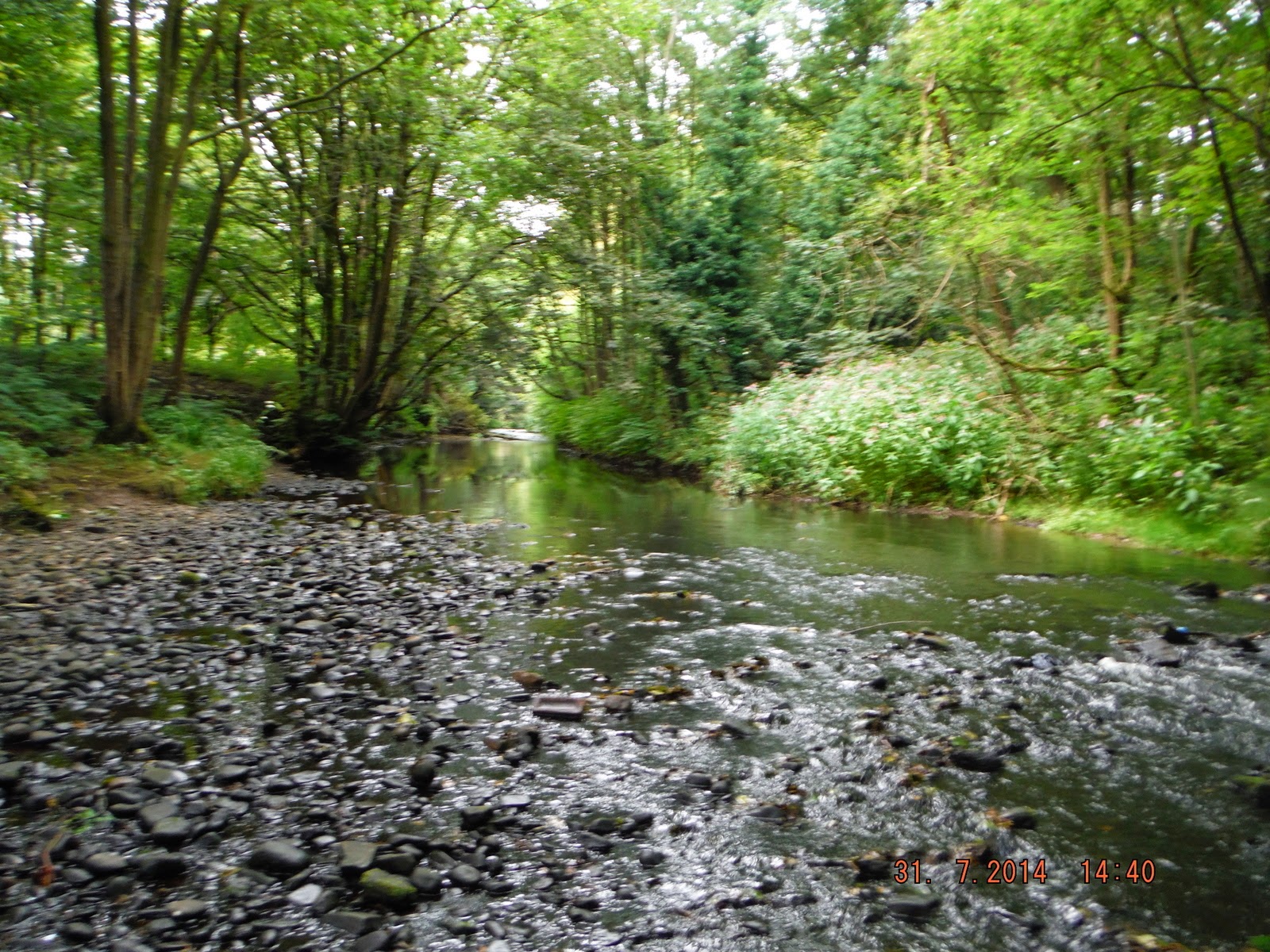 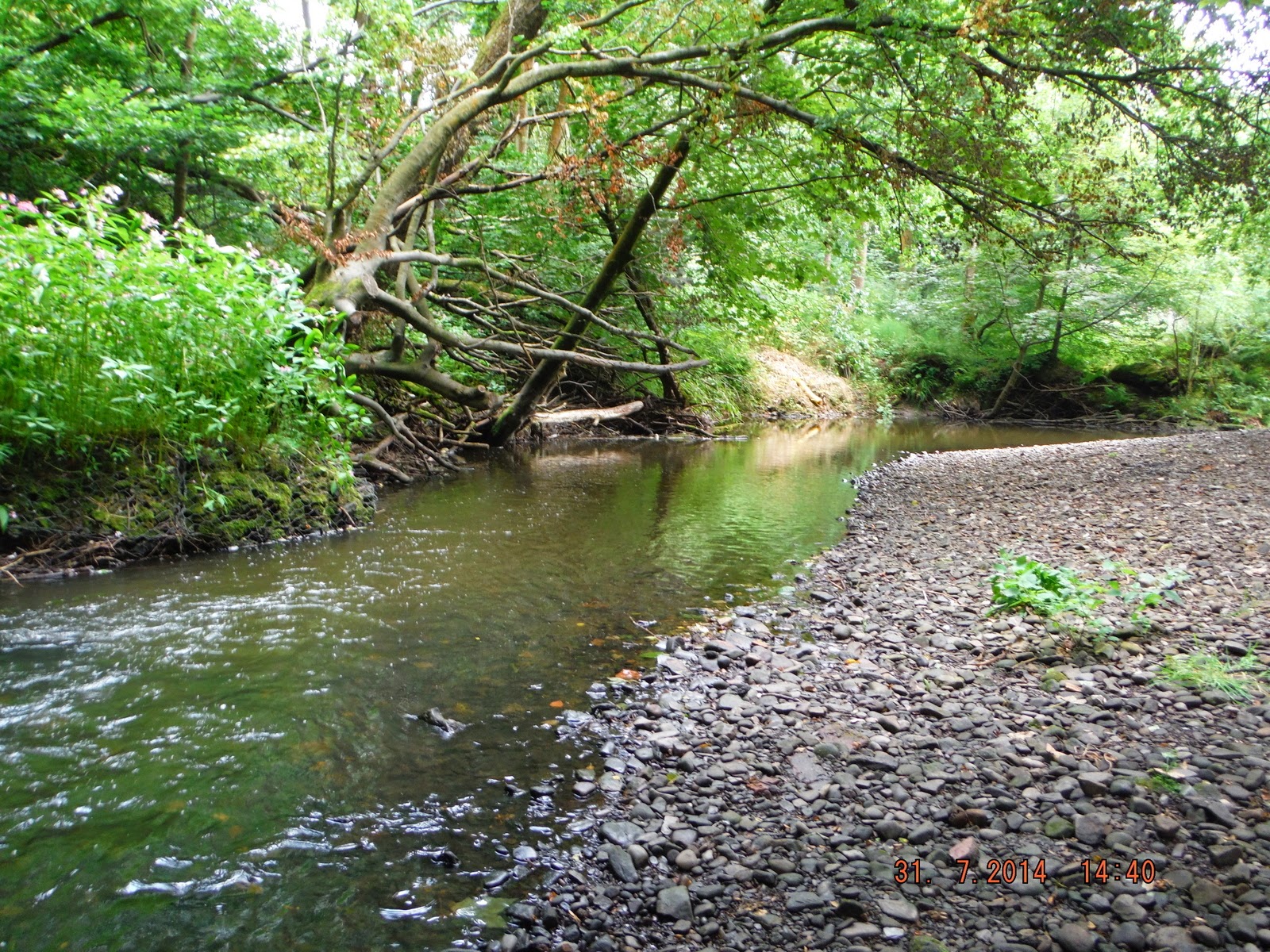 The fish came from the faster water above, a deep pool but full of snags. 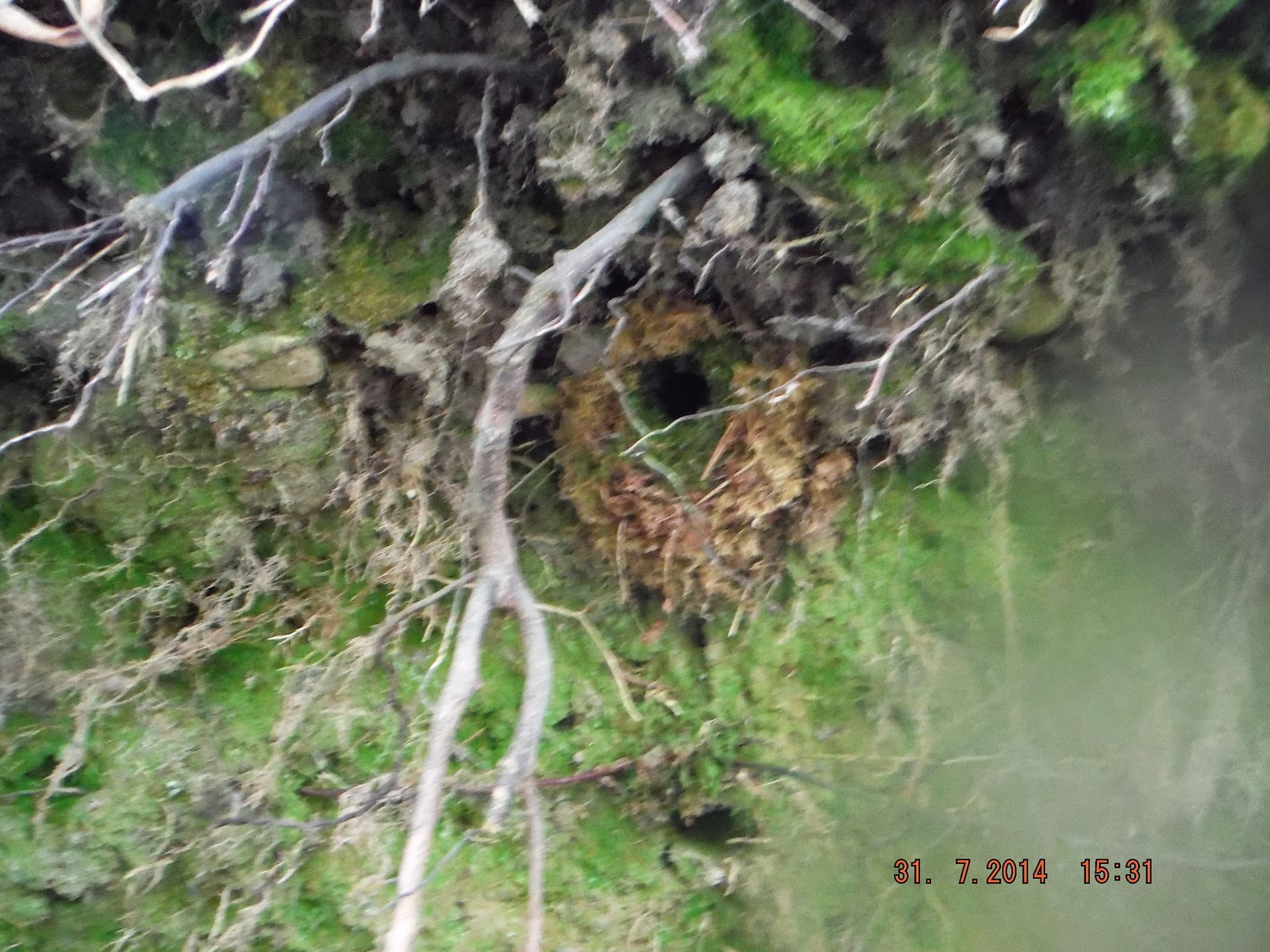 Beautifully constructed wrens nest under the bank of the brook.


Posted by Flyfishing the Irwell and other streams at Thursday, July 31, 2014