Car off the road from Friday to Monday not a line was cast.

The last few days my daily page views have rocketed, mostly from the USA, thanks to you all. hope you liked what you found.

Managed to get a hour or so in today before the thunder and lightening started, glad I saw it coming, just managed to get home as the rain started.

As I was getting ready dog walkers told me that the brook was running brown, which was a surprise as we have had no rain since Friday. What I found was muddy water coming from a pipe just below the Thicketford Road bridge, the pipe brings road run off into the brook. After I had fished I went to see where it could be coming from. Found that they had been cleaning the road at council building site not far away, the mud on the road was the same colour as the water flowing into the brook.Glad to say  there was no sign of fish in distress. 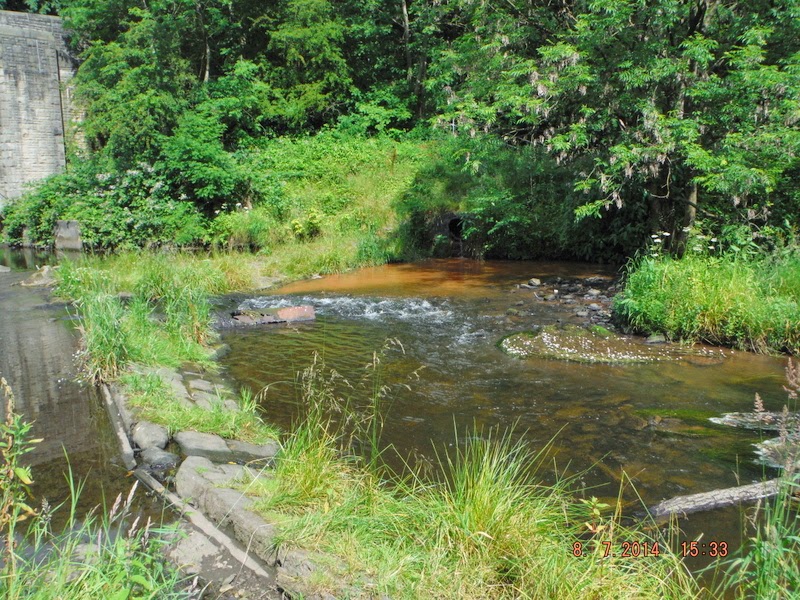 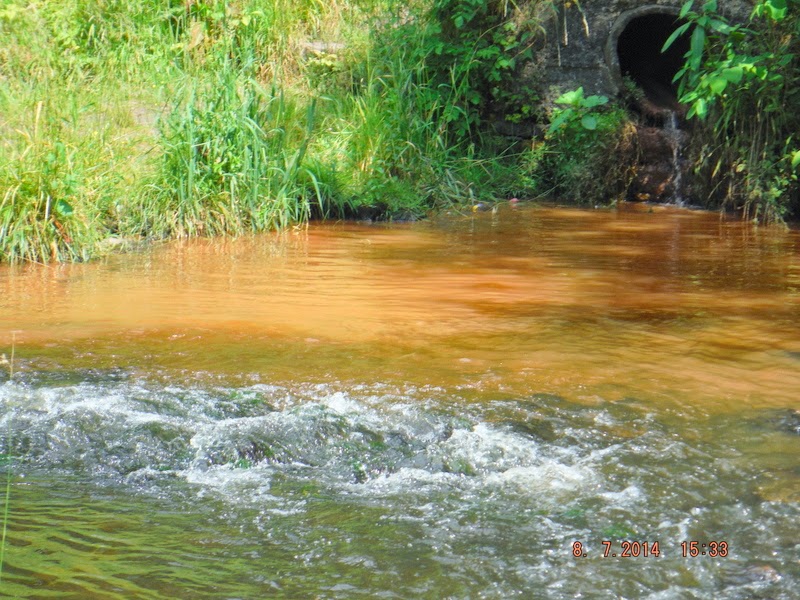 With the heavy rain that we have had since I got home I doubt that there will be any sign of the muddy water now.

Fishing, yes I did do some, caught five small browns on a spider fly, the new ones that  I got last week.

Last week I was walking with my better half  and took a picture of the pipe that starts the lower Bradshaw Brook. 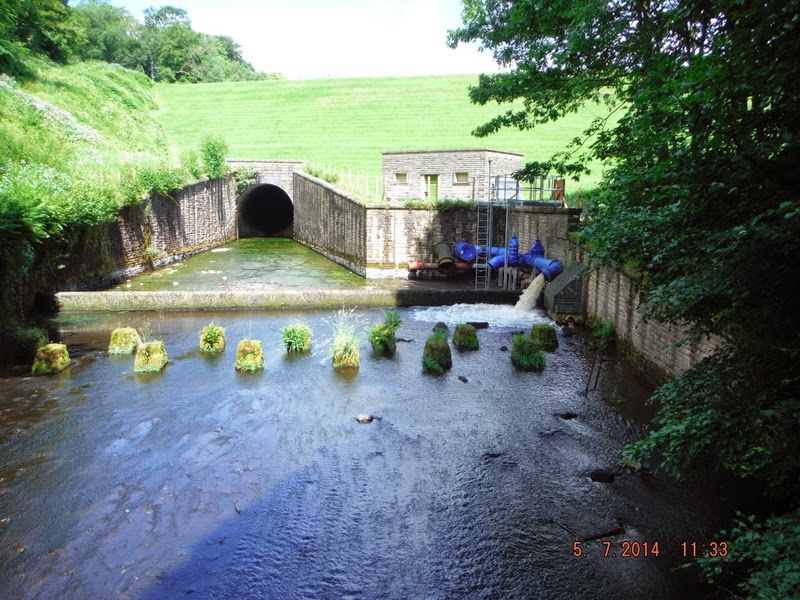 The water coming from the blue pipe is Bradshaw Brook, yes that's it. As the brook makes its way to join the River Tonge it does grow a little bit but not very much unless it is been raining. The big tunnel only has water coming from it when Jumbles Reservoir, which is behind the green hill, over flows which doesn't happen often during the summer, and not always in the winter. Further up the valley are two other reservoirs, Wayoh and Entwistle all three belong to United Utilities who supply our drinking water. The amount of water that comes through the pipe is regulated so that we get a minimum flow what ever the weather.

Just read the Salford Friendly blog about the pollution in the Irwell last Thursday, first that I had heard about it. I am going to fish the Irwell tomorrow I will have to see what effect, the pollution has had, there are reports of dead fish but not in large numbers. Will report later.

Posted by Flyfishing the Irwell and other streams at Tuesday, July 08, 2014