I intended to fish from Stubbins down to Ramsbottom, when I arrived at my usual parking spot I found that there was no access to the river. The Environment Agency's plans to stop flooding in the area had been started. The spot where I park was the only "easy" access point to the river, I do not like walking far in my waders, boots and all the rest of my gear.

Next stop was Ewood Bridge, the river was still up on last week but looking perfect. Which is probably why I caught not much and nothing over six inches. Started with two nymphs, never used to like fishing two up, too many tangles, had four tiddlers moving down below the bridge. Thought I have had enough of this and walked up to the motorway bridge. The tree pictured( not any more) on the blog opening page had fallen into the river, the heavy rain over the weekend had brought it down but not moved it much. 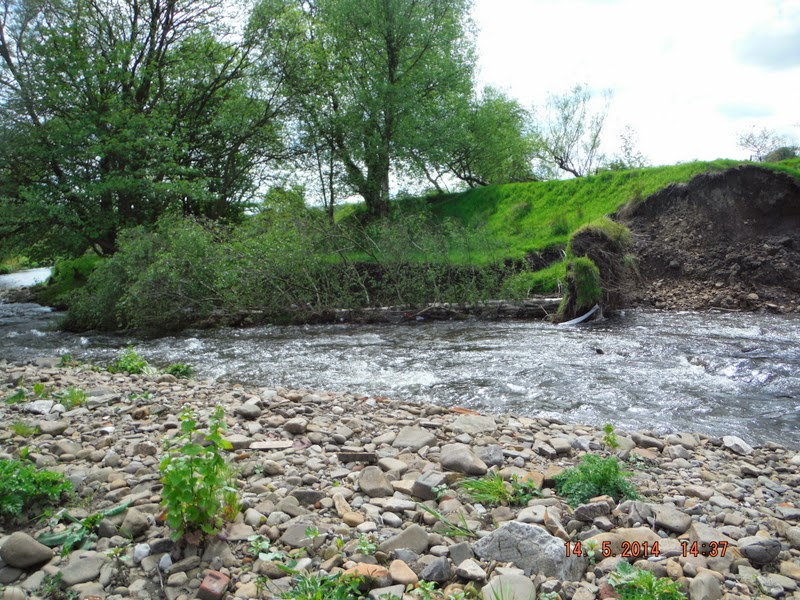 For those reading this in the future here is it before it fell all together. 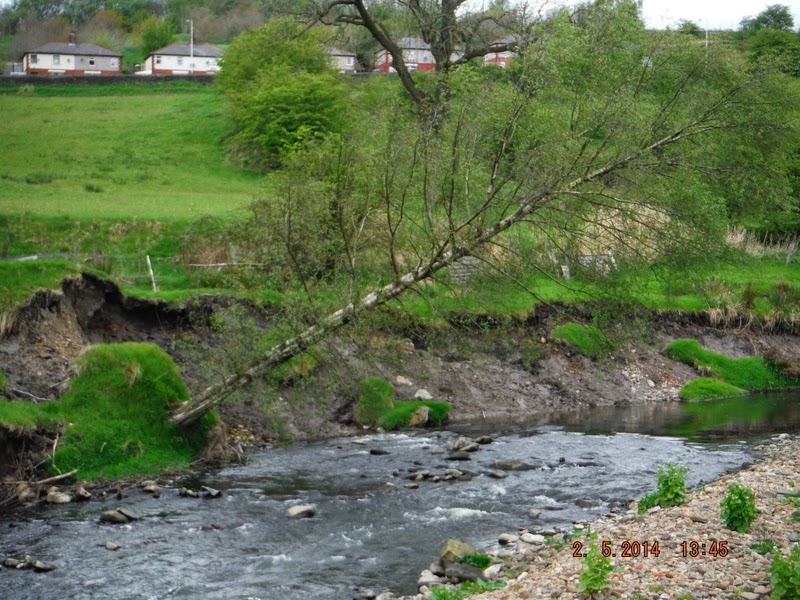 Will not be long before several others just down stream will suffer the same fate.

I didn't mention that it was warm and sunny with a light breeze for a change, ended up with a sun burnt face. Point being that fish started to rise to something and as usual for me I couldn't see to what.
The third dry fly I tried did the trick, should have put the Adam's on to begin with. But, as I said earlier all less than six inches again. Where do the adult fish go on days like this.

Had to take a photo of this tree, trees like this are what I love about England. 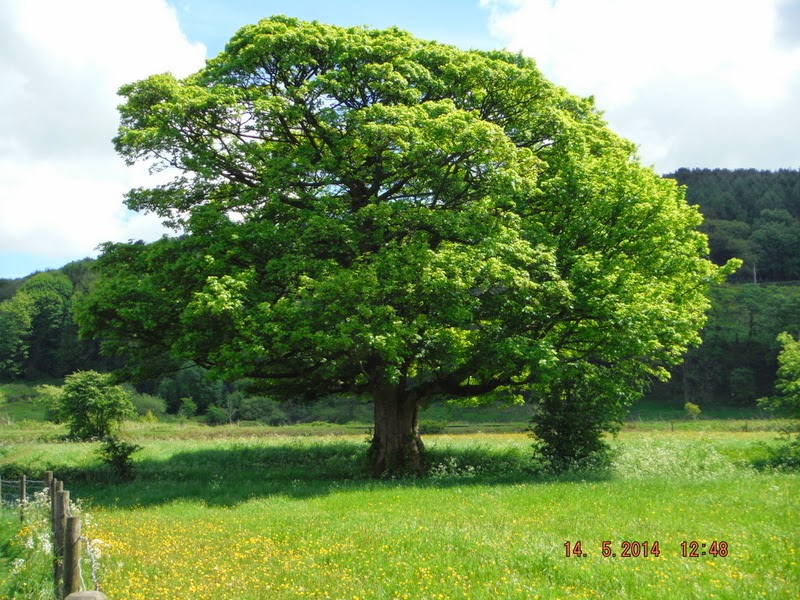 OK its a Sycamore and I know they are not actually native but they have been here a long long time. If it had been an English Oak it would have been better.

Made a move again towards Irwell Vale, stopped on the way to have a look at the River Ogden, which joins the Irwell at the Vale. It was very narrow and was fenced so not much use to me, carried on to the Vale. Got in to the river and waded up to the small weir, nothing rising, so I just cast into likely looking spots. Not a touch, must be one of those days that make other days seem wonderful if you do catch a few. 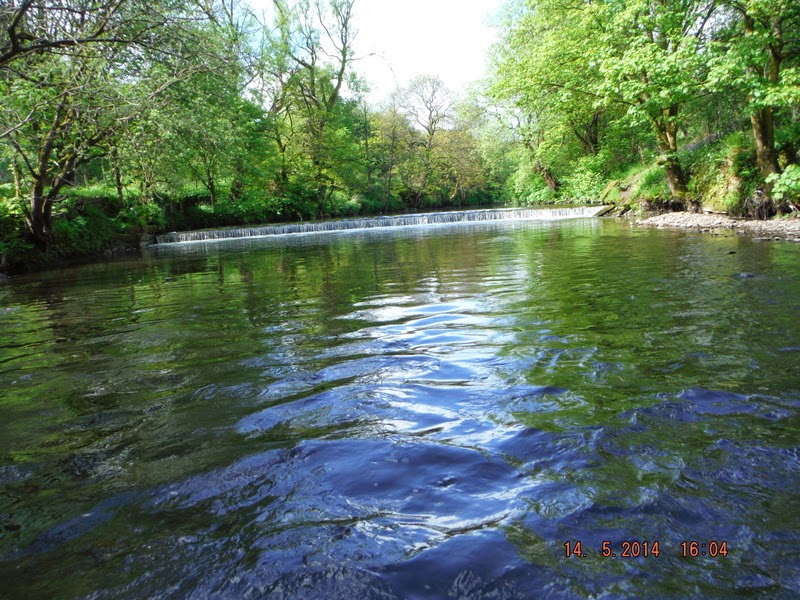 Irwell Vale weir above and the old bridge below. 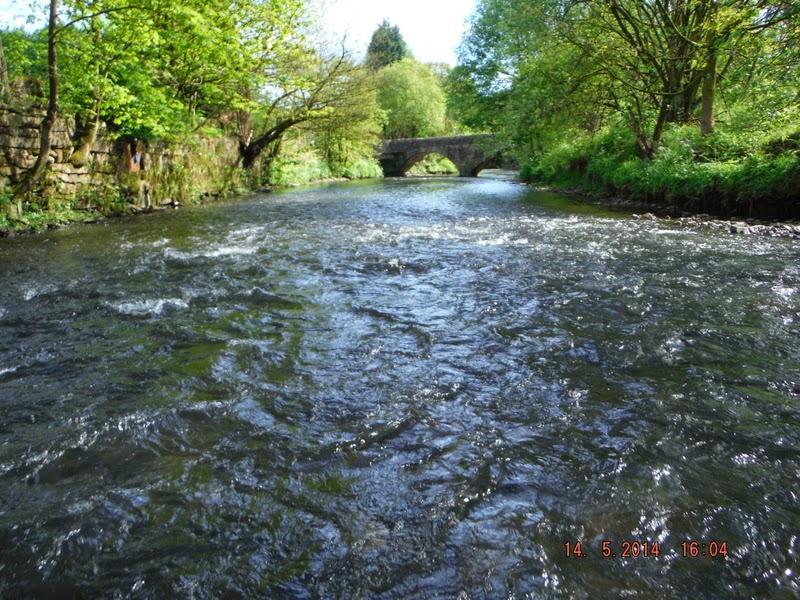 Posted by Flyfishing the Irwell and other streams at Wednesday, May 14, 2014