Tuesday 1st April  was Kick Sampling Day went to Ewood Bridge but the Irwell was high and brown after Monday nights rain, gave the sampling a miss.
Went to Lever Bridge which gave me two chances of being able to fish as Bradshaw Brook joins the Tonge there. The Tonge did not look took bad so I gave it a go, four small trout two on nymph and two dry fly. Hard work getting up and down the Tonge so did not stay very long.

Wednesday went back to Ewood Bridge and did my sampling, much the same as last month not too many nymphs, figures should get better next month as it gets warmer, couldn't have been much colder than yesterdays Easterly wind. Fished nymph for a couple of hours not a fish to be had, went home and warmed up.

Thursday, the wind has eased and it a lot warmer, chose Bradshaw Fly Fishers by the cricket club. My usual 6'6" rod with a Greenwell's, started by the score board had five nice fish and three little ones. 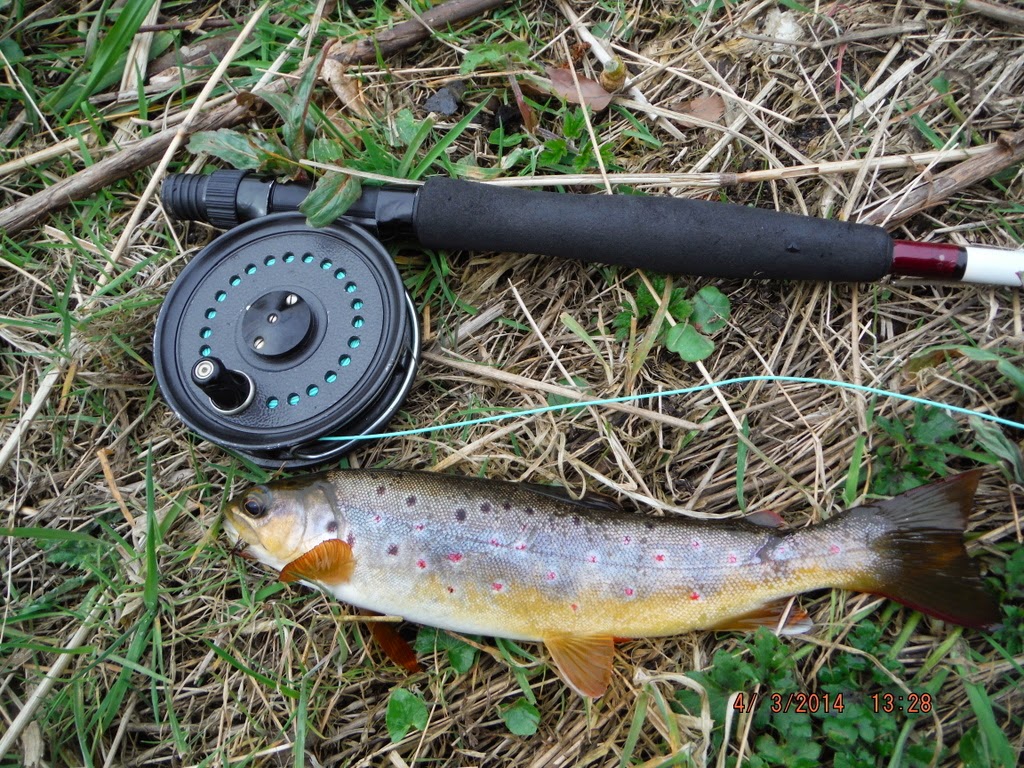 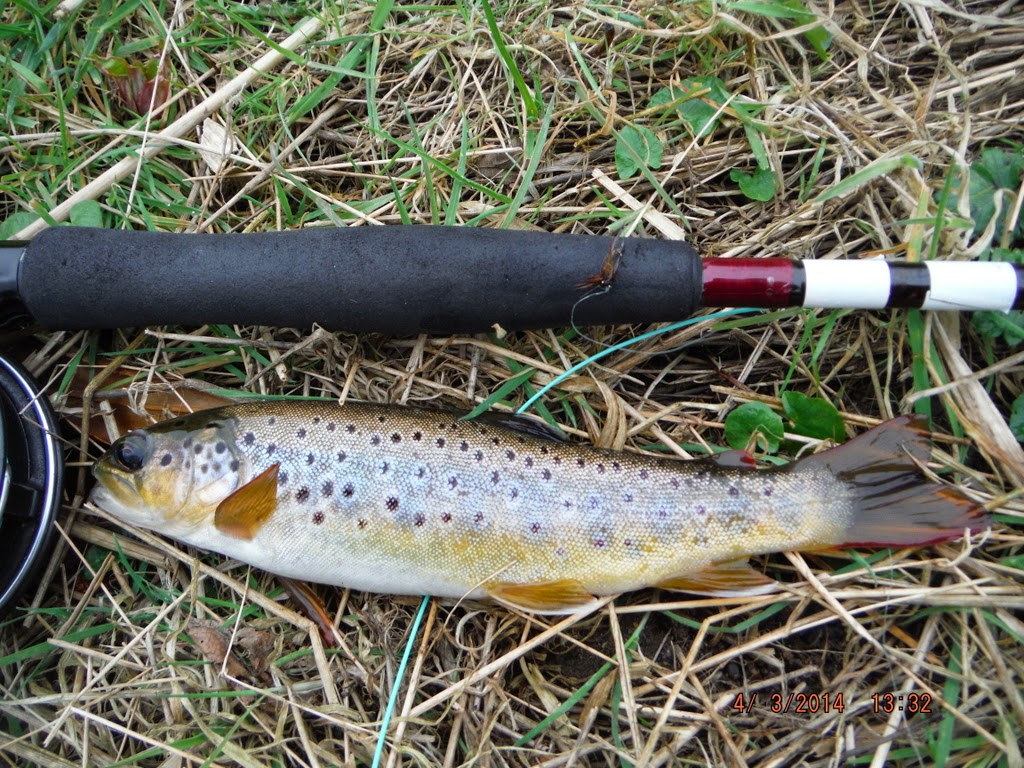 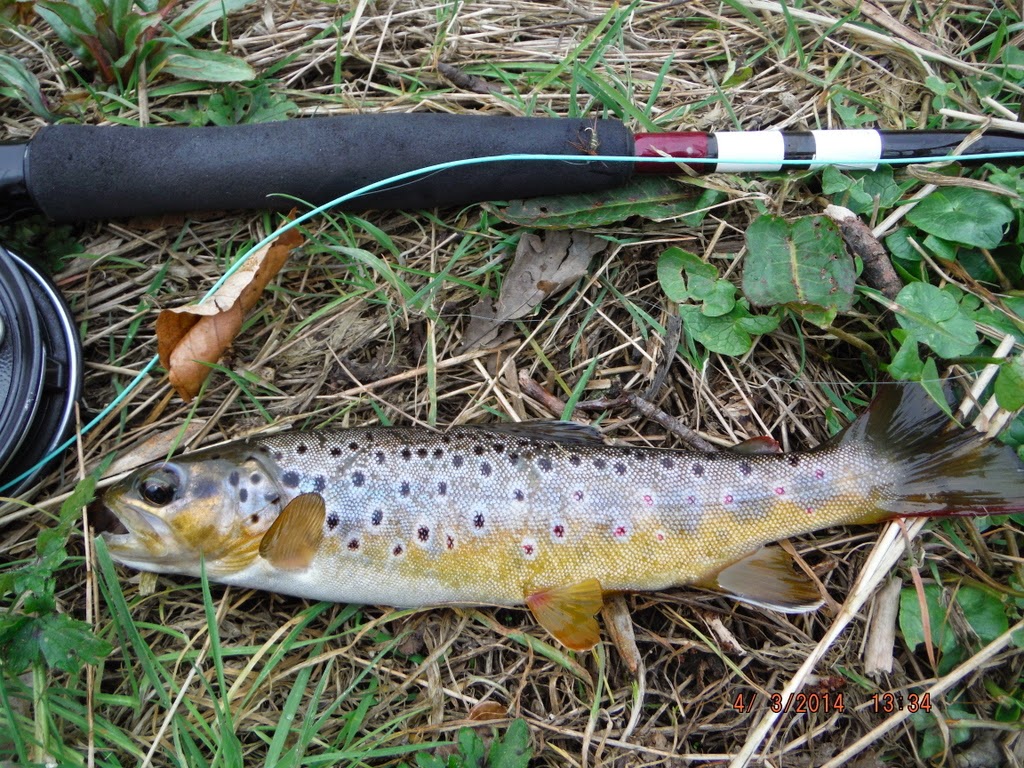 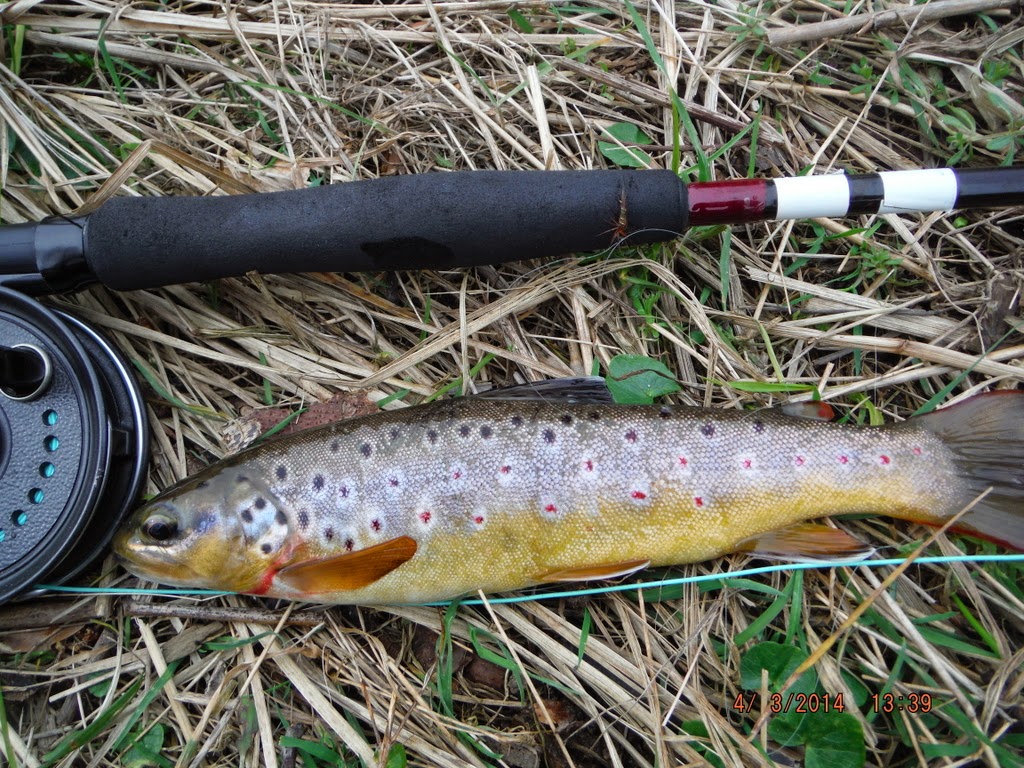 Not pleased about the blood, hooked at the back of the tongue. 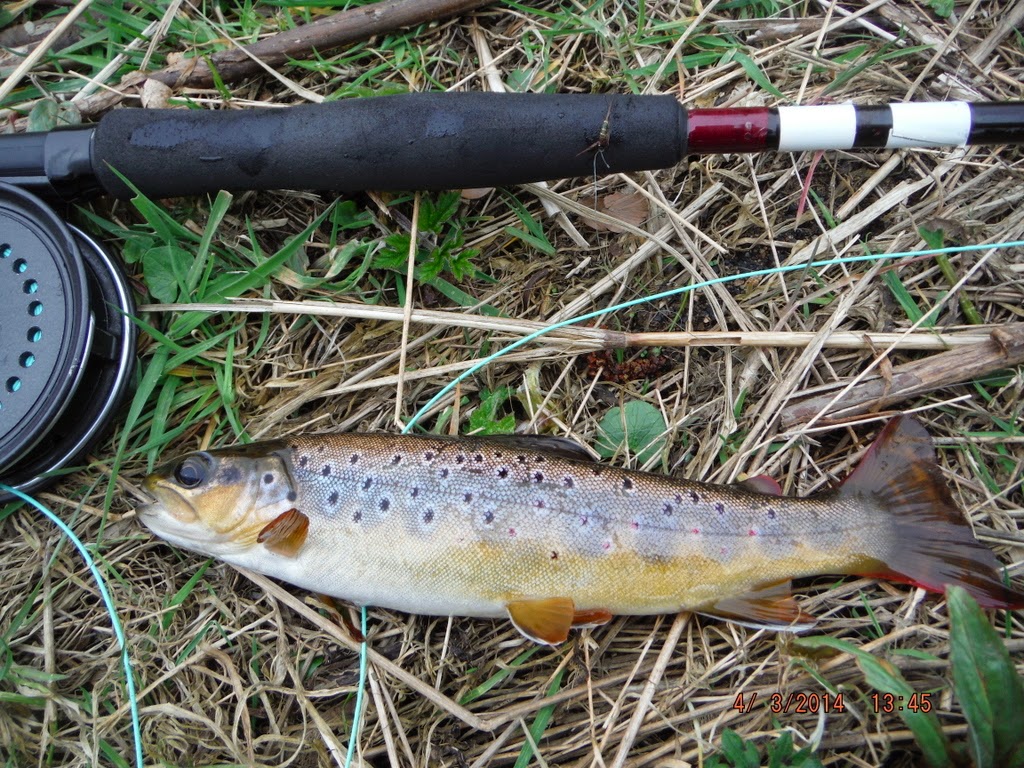 They all came pretty quick as you can see by the times. 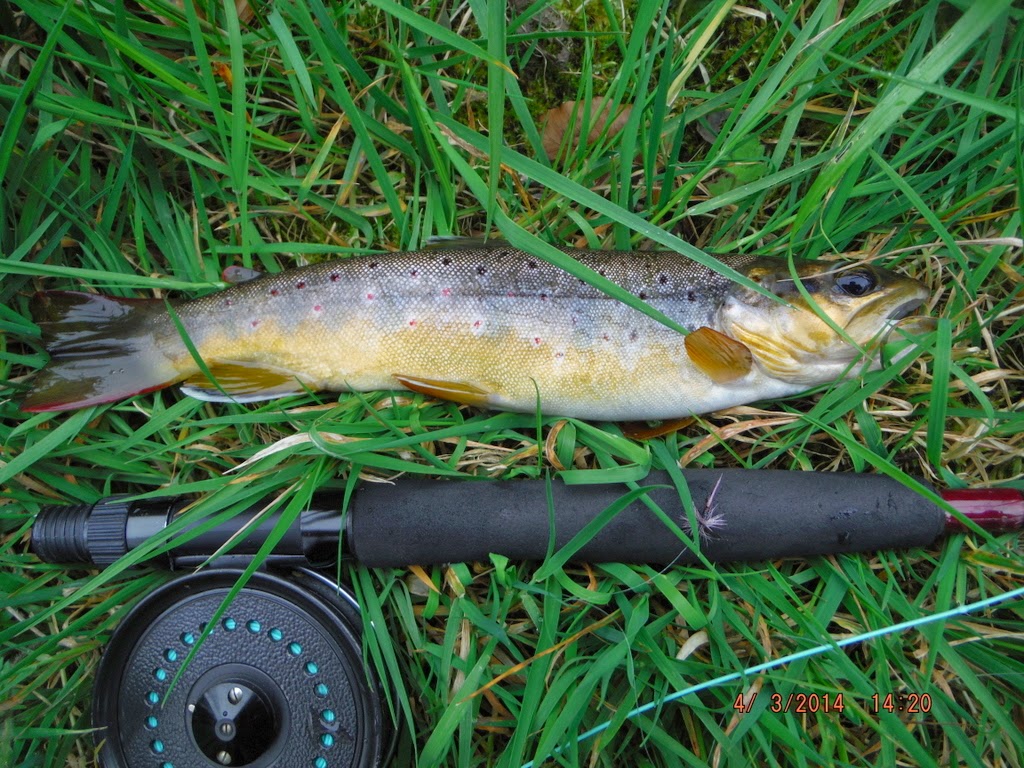 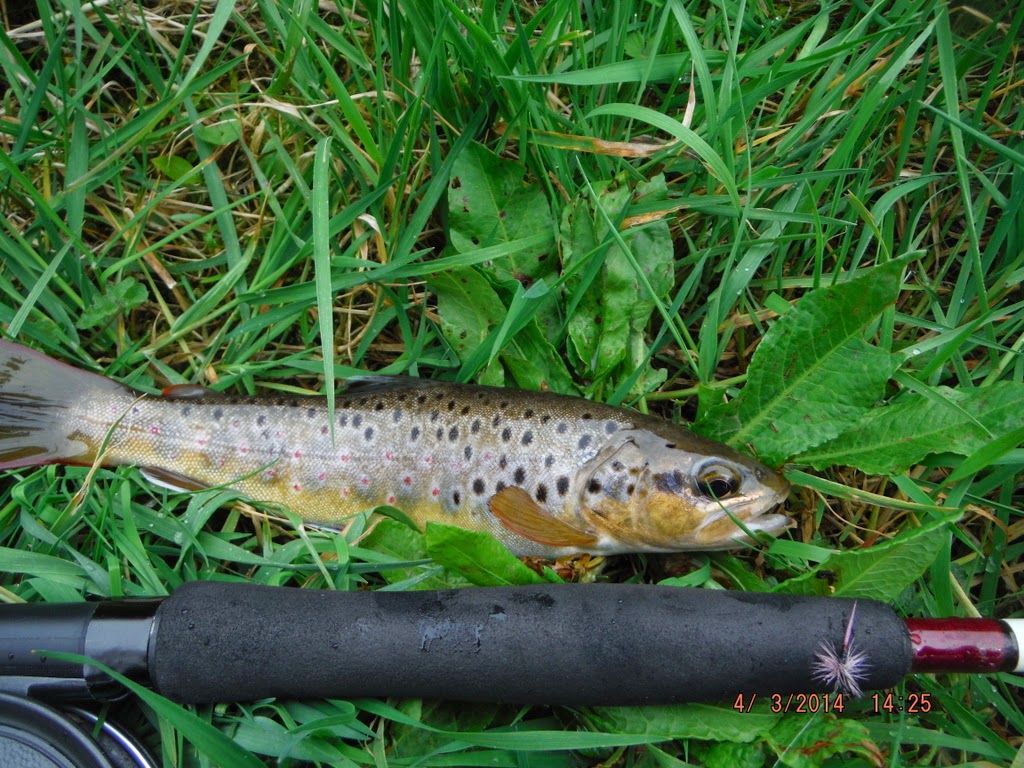 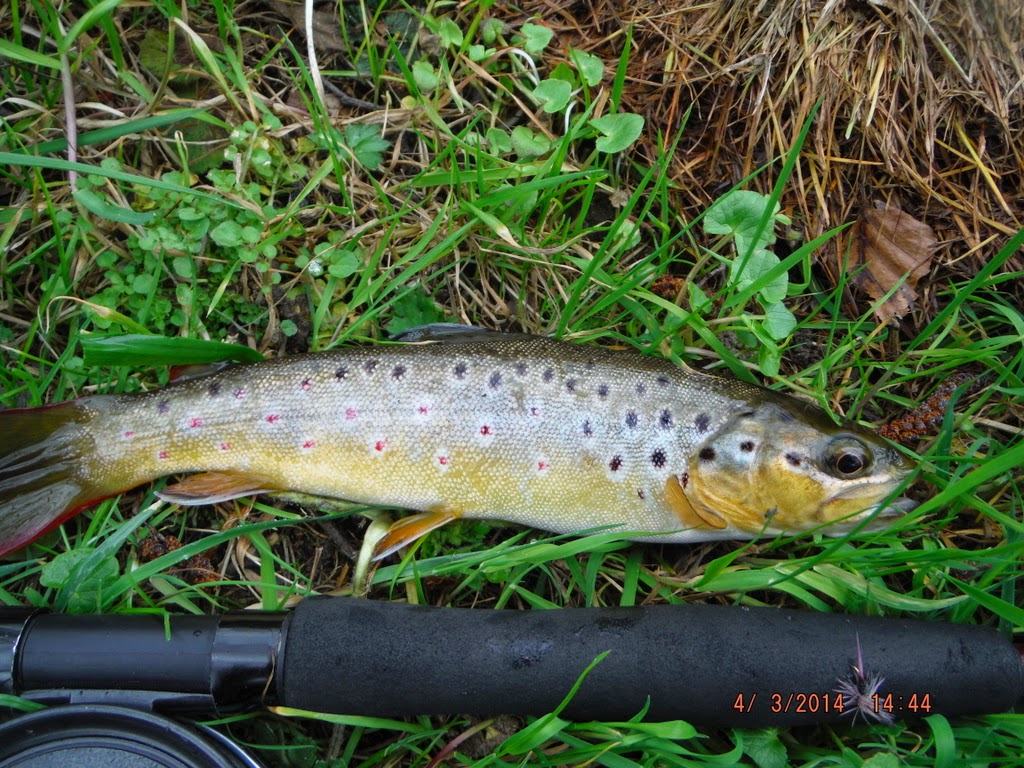 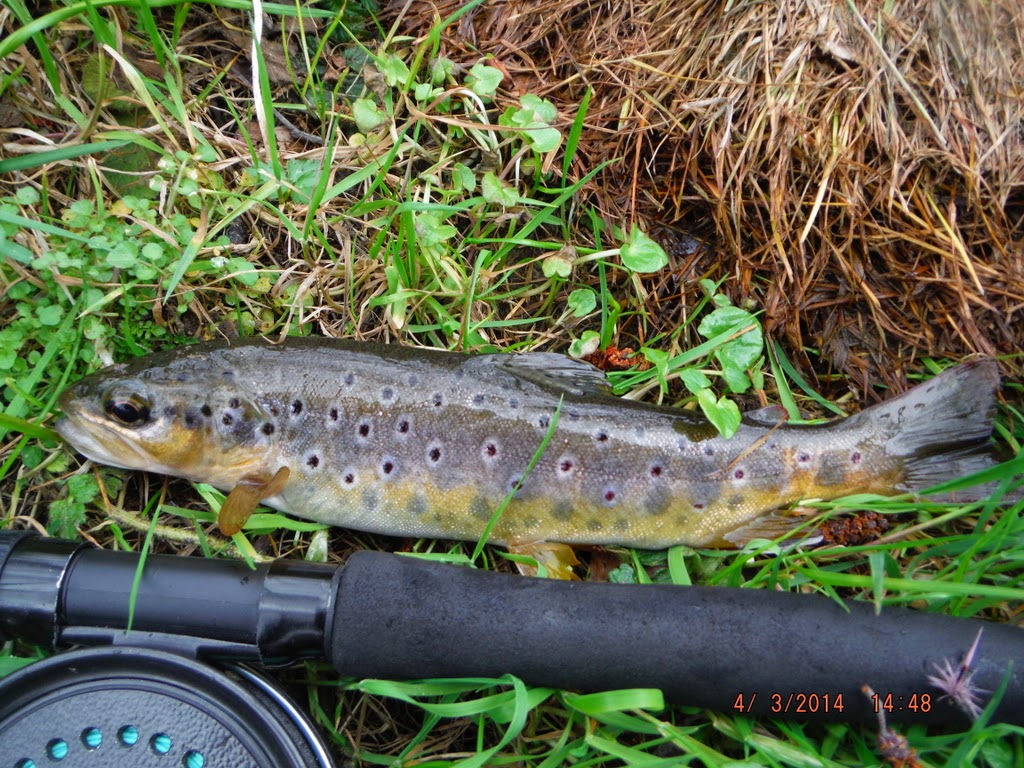 Moved up above the the first sewer pipe weir and had these three, note the difference in colour, I can't explain it. Could be that fish can't move up passed the weir but fish can move down. The colouring is more like the fish much further down at 7 Acres Park. 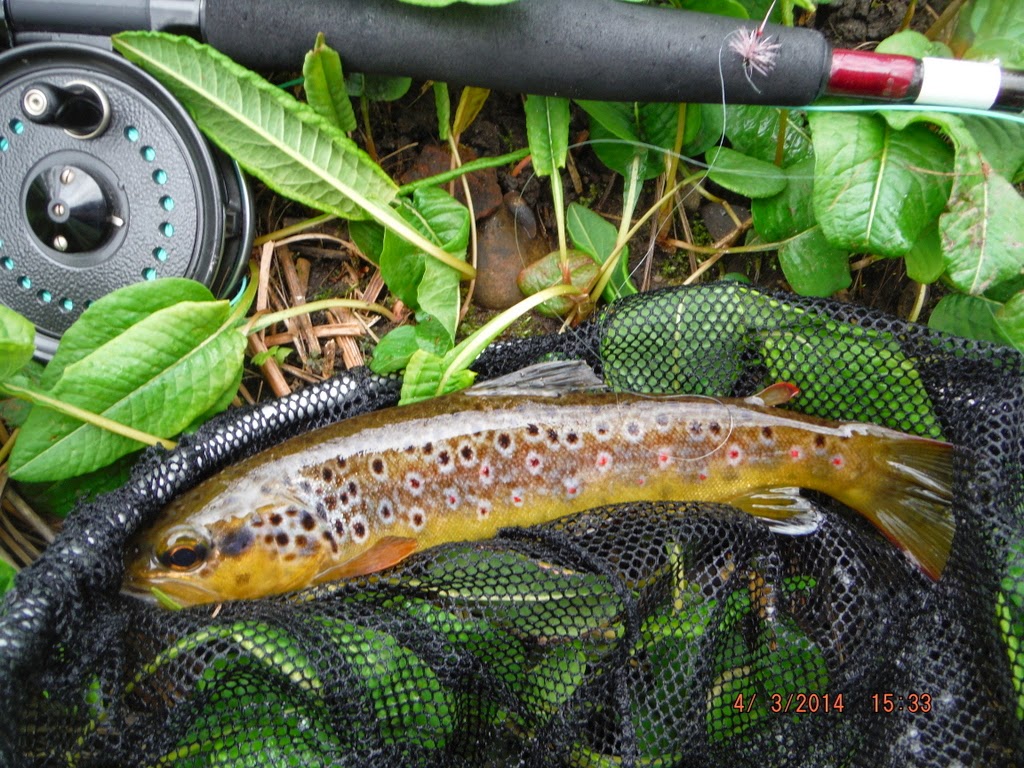 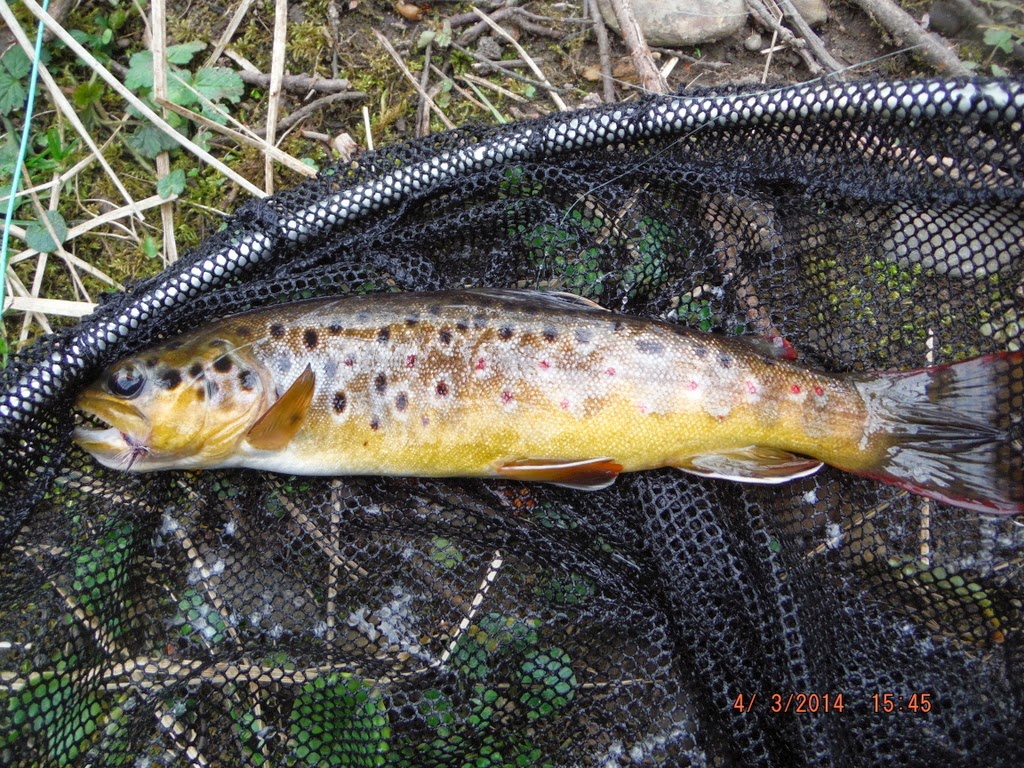 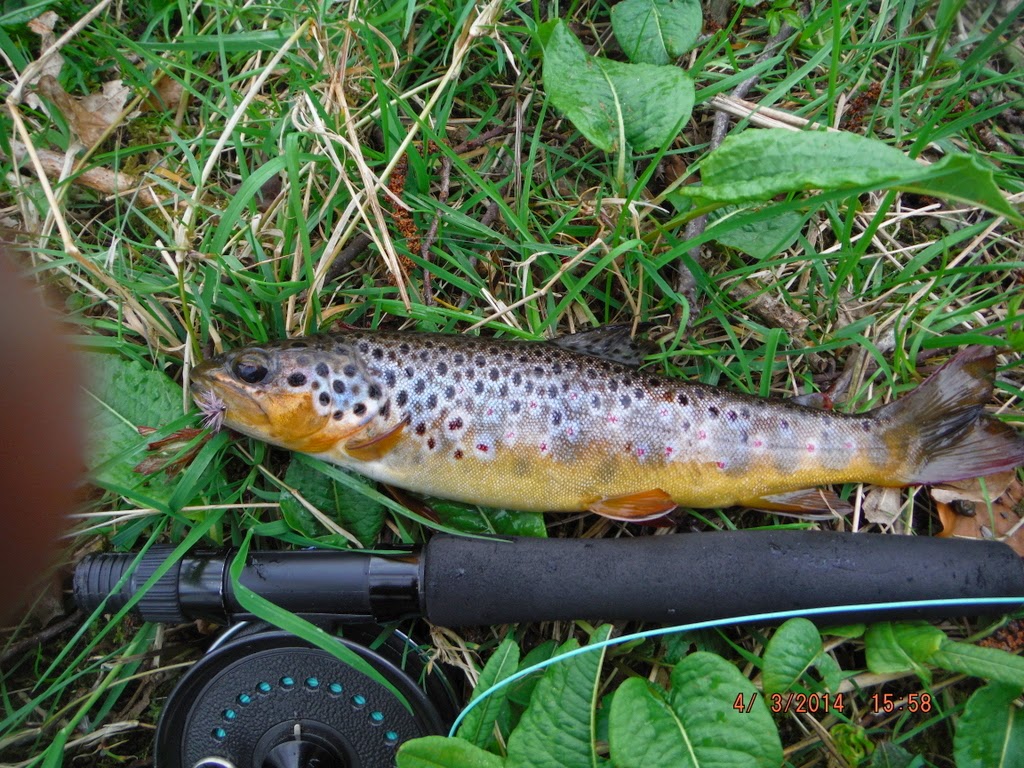 Moved up to the pool below the second sewer pipe and had lots of small ones and did some more gardening, cutting back brambles that were growing into the brook and along the bank.

Very pleased with today after Tuesday and Wednesdays being cold and miserable, just hope tomorrow stays bright and dry.

Posted by Flyfishing the Irwell and other streams at Thursday, April 03, 2014