Cold wind AGAIN and overcast,  I know it's only April but, does it have to be this cold. Had to force myself to go out again, same as yesterday I was not keen.
Went to see if Sion Road footbridge was back in use, no, the electric people are really taking their time fixing whatever they are fixing.
Next stop, a place on the River Roch that I have walked but never fished. Some access but not a lot. The first place I could get in the river looked pretty good, no sign of fish rising, so set up to fish nymph with a goldhead copper john. 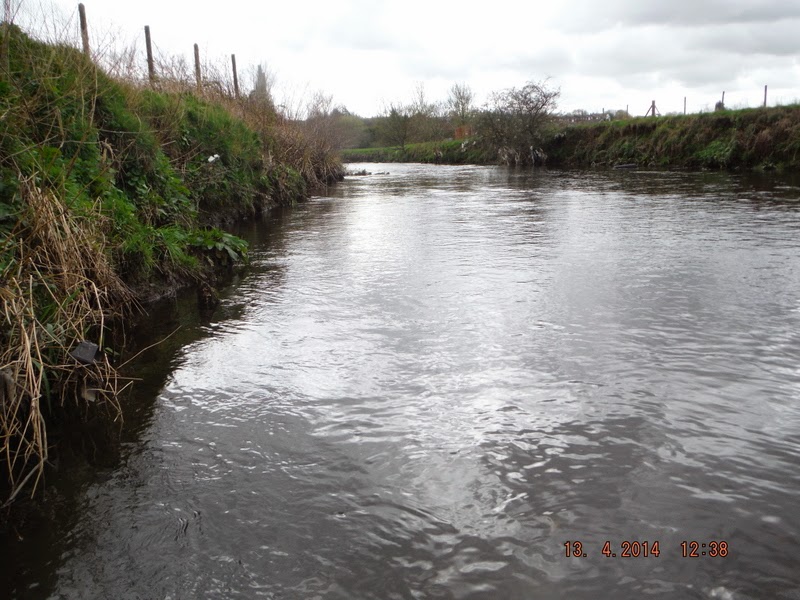 Going up river it got to deep for me very quickly. 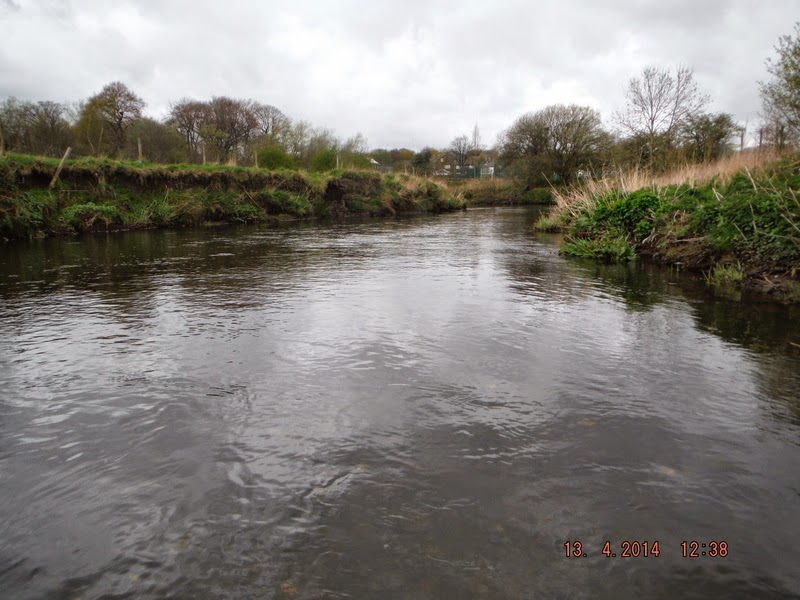 Fished down to short of the tree in the corner then it got to deep again. Nothing doing and then I lost my nymph on the back cast.

Put on a good looking nymph that AL or is it HAL, gave me yesterday, and moved on up river. Tried a couple of other restricted spots without a touch.


Then got in the river here. 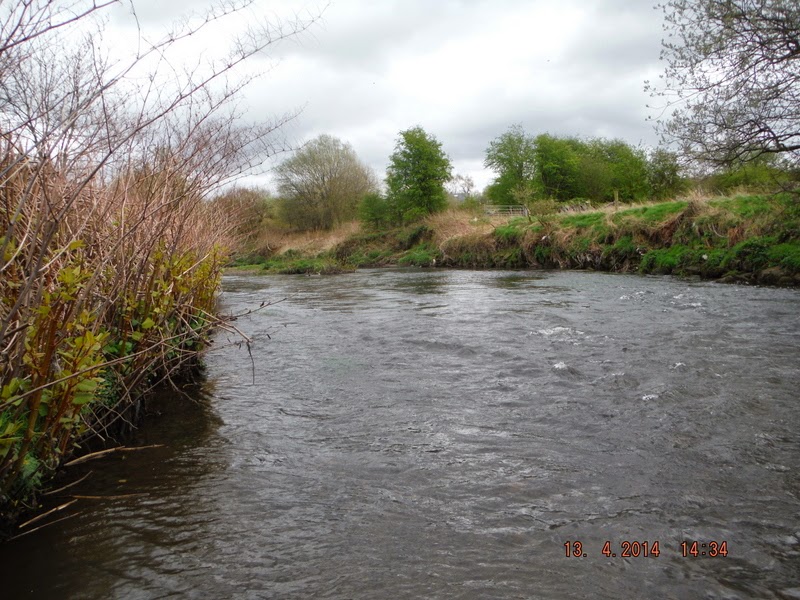 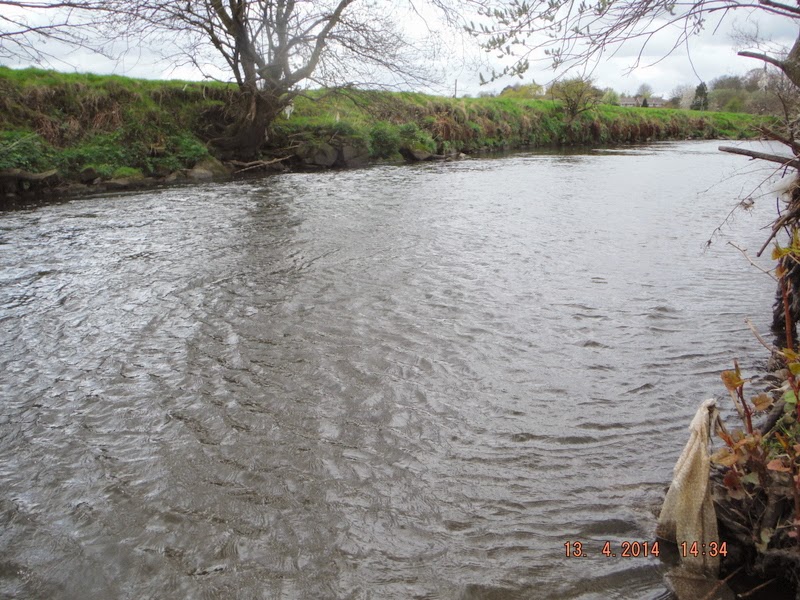 Couple of casts, nothing and then a big hit and a big fish came out of the water, had it on for a couple of minutes and then another jump and it was gone.

Thought that's it for this spot, or something like that, then gave it and cast, bang another good fish on. Thirty odd minutes later, with an aching arm and nerves almost shot I netted this beauty. 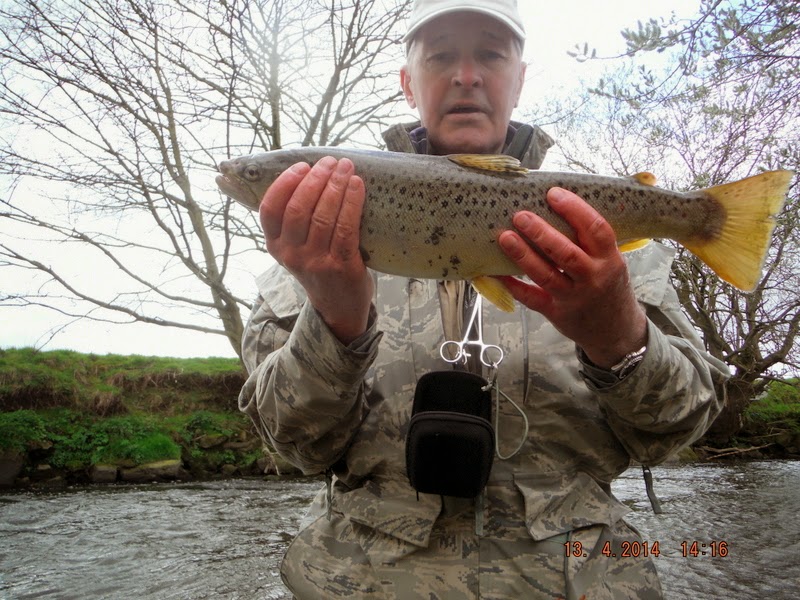 Got the camera on the stick to work at last. Pity I can not do something about the face. 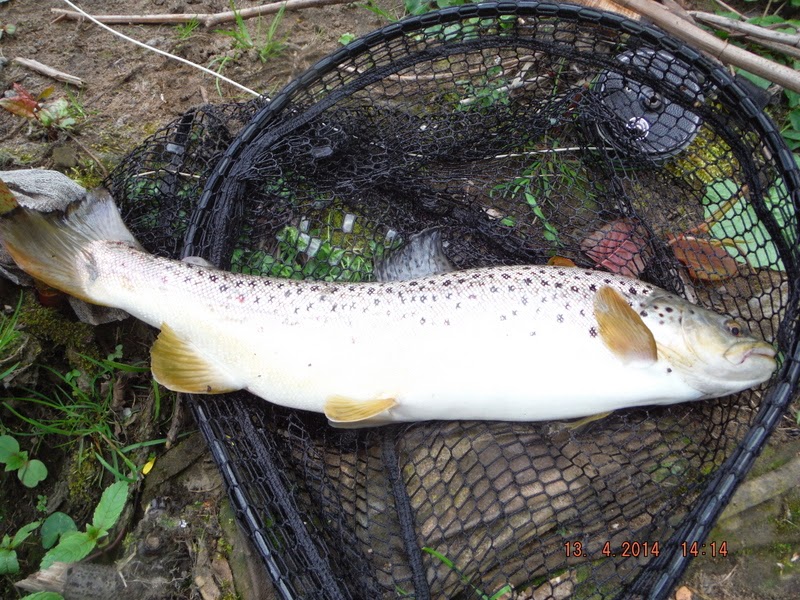 I wanted to get it back in the river as quick as I could after messing about setting the camera set up, and forgot to measure it, over 20 inches for sure and best fish of the year by some way.

Got out of the river and had a rest, then tried a couple of places farther up, nothing doing. Worked my way back down river and back to the car. I had not seen one fly or one fish rise all day.
Stopped at Bury Ground on the way home to see if anything was rising there, there was not.


Nearly forgot THANKS FOR THE NYMPH AL.

Posted by Flyfishing the Irwell and other streams at Sunday, April 13, 2014