Went to fish the Roch in Bury knowing that it had rained in the night so checked the Irwell on the way. It was up and coloured, put me in doubt as to what the Roch would be like, turned out it was up and coloured as well. Must have rained a lot more than I had thought.

Did not fancy chancing wading a muddy river so back to Bolton and  Bradshaw Brook in 7 Acres Park.
Spring is on its way at last, the Blackthorns (Sloes) are in bloom and there are a few other signs but not too many as yet. 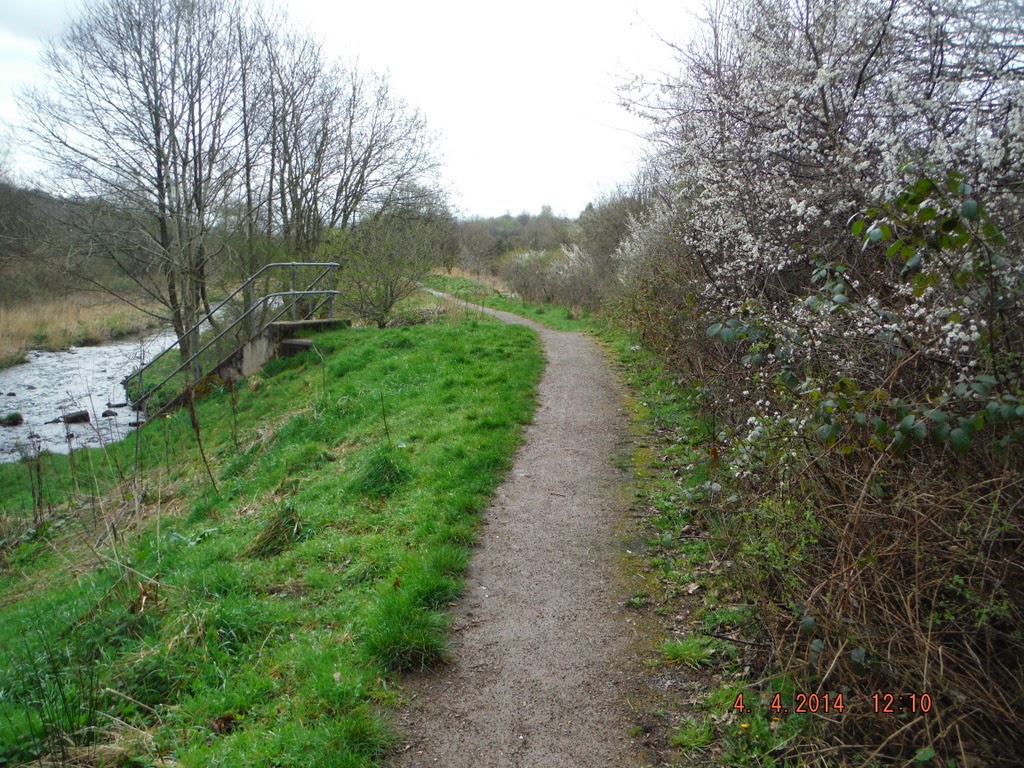 Nothing rising so tried a nymph, no response, after about an hour saw a fish rise and put a Wickham's on and caught this one. You can just see the pool in the top picture. 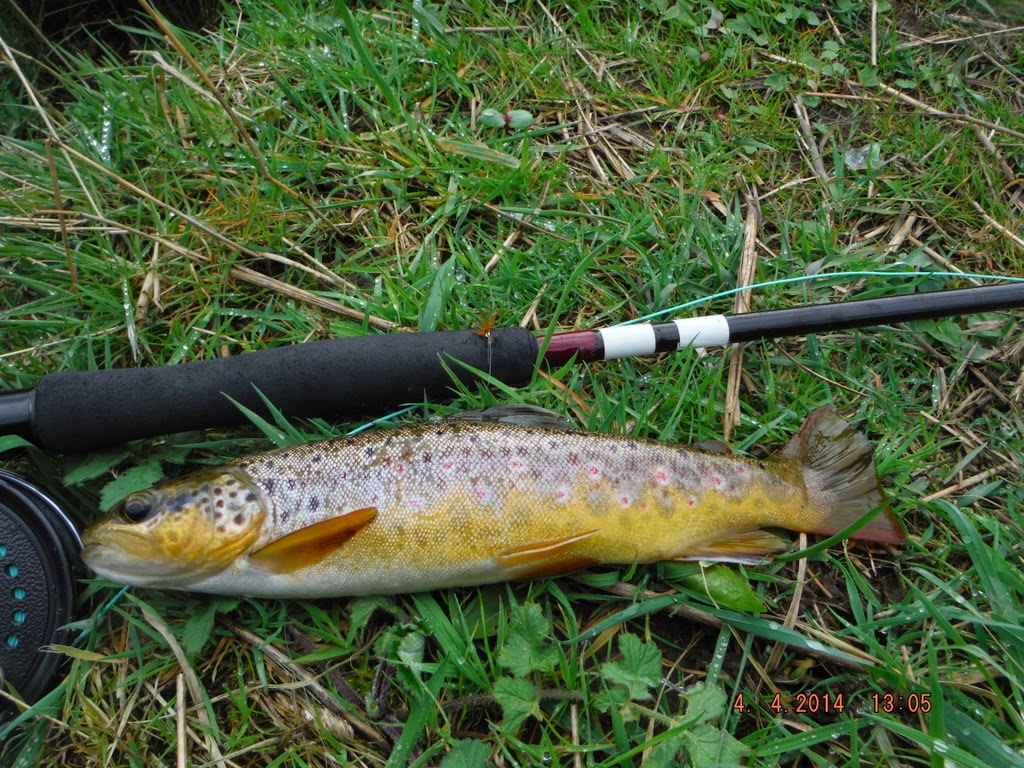 Nothing else wanted my fly as I moved down river, stopped fishing and walked down to the road bridge, not a pretty site. The sewage pipe follows the brook all the way to where it meets the River Tonge  at Lever Bridge. 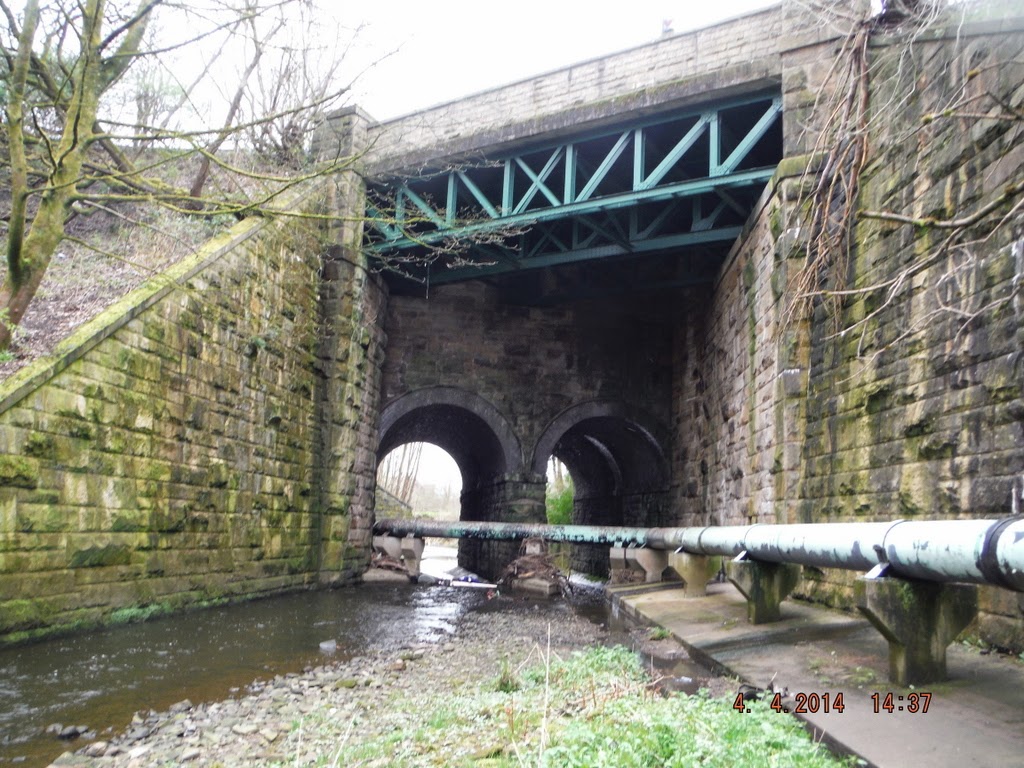 Started back up with a blue winged olive, a bit more like it, missed a couple and then caught this one. 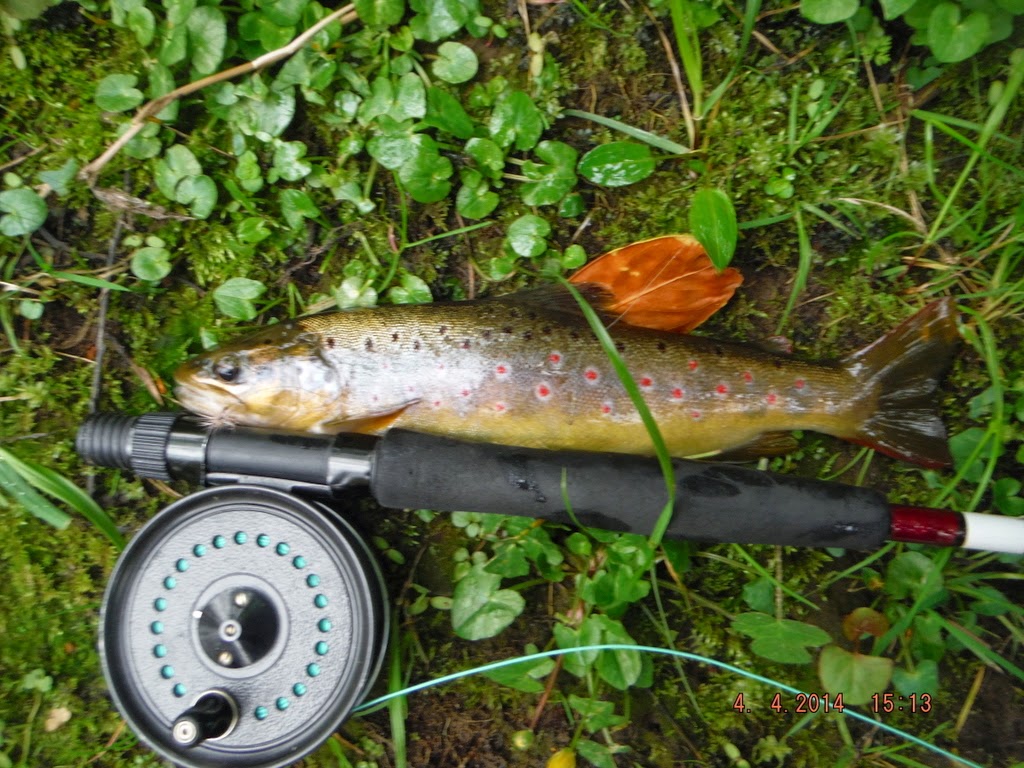 Then another two, Starting to enjoy myself at last. 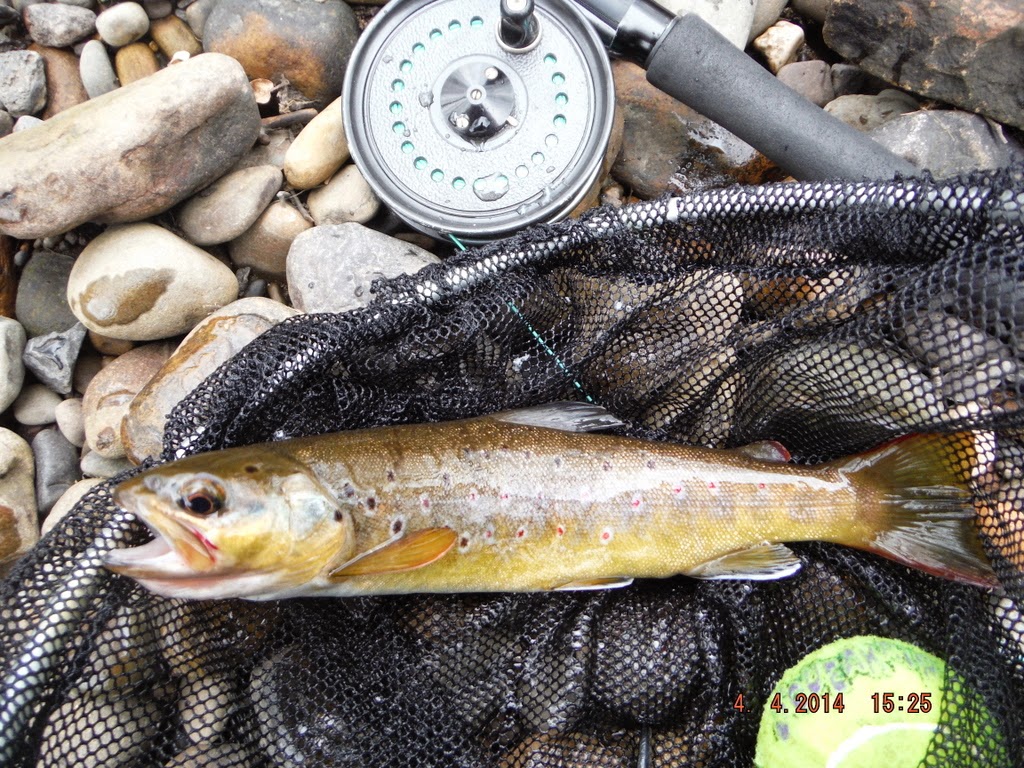 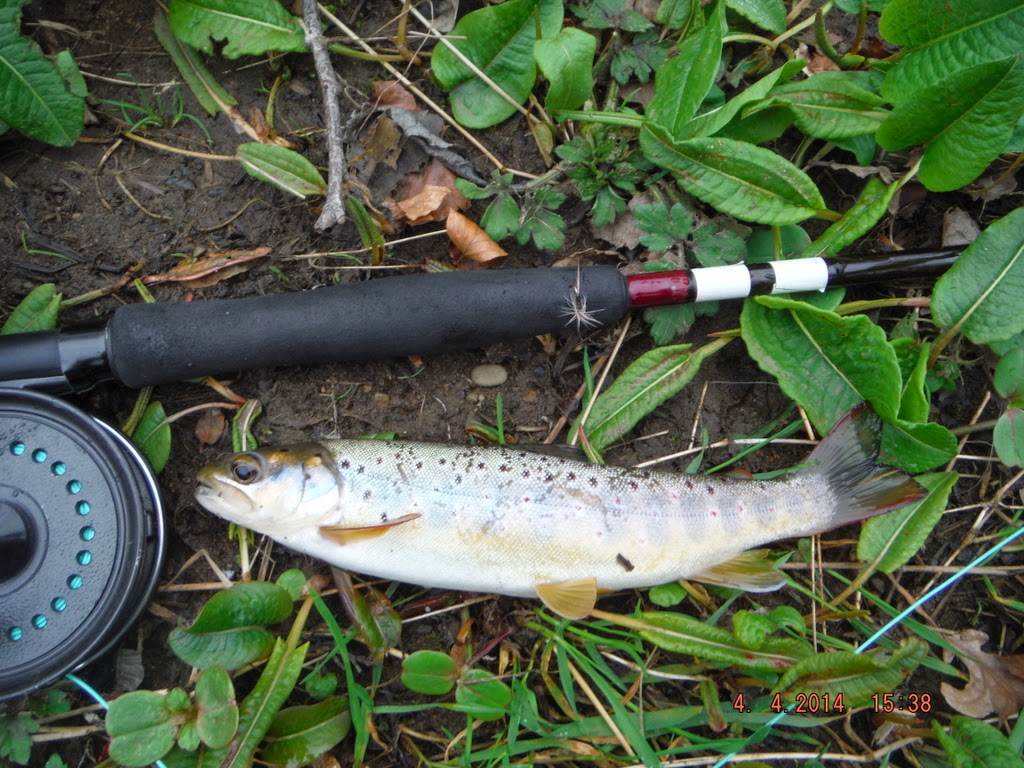 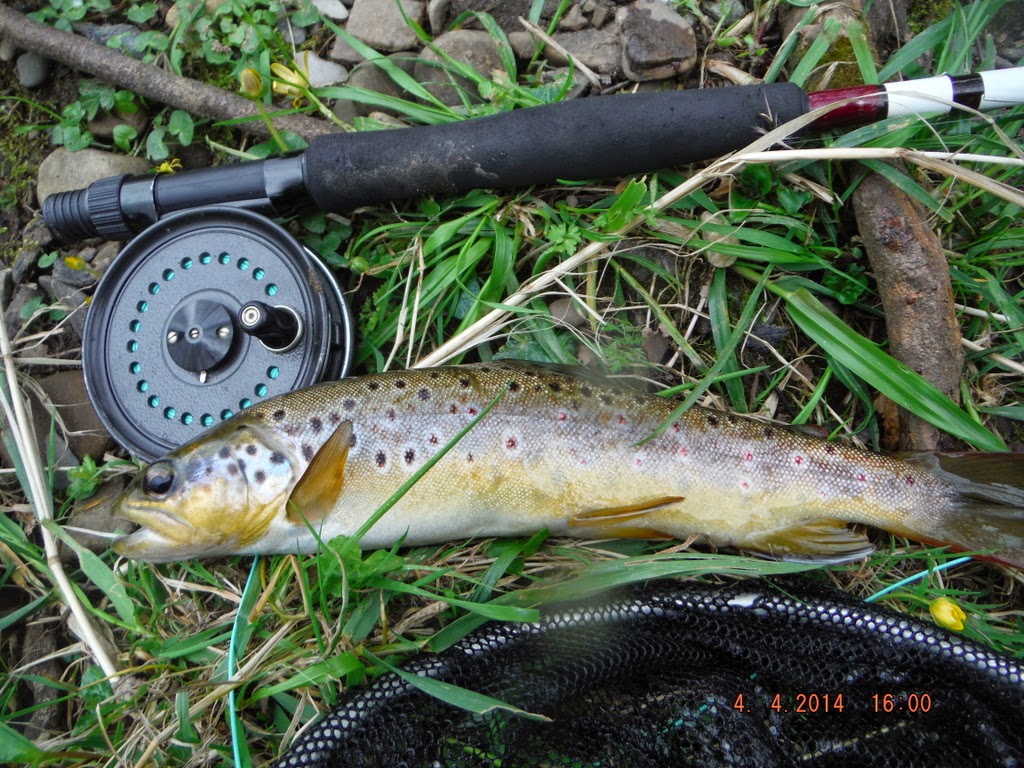 Carried on back up to Thicketford Road catching a few smaller ones and called it a day.

Rain is forecast for the next three days shall have to see what it does to the bigger rivers I can't just fish Bradshaw, Eagley and the Tonge all the time.

Tomorrow I am going watch my grandson James boxing at the England Schoolboy Championships in Huddersfield and try to get a look at the two rivers there, the Holme and the Colne, its only a hour away and they are supposed to be very fish able. Report later.

Only got a quick walk along at the Colne looks OK but not easy access. 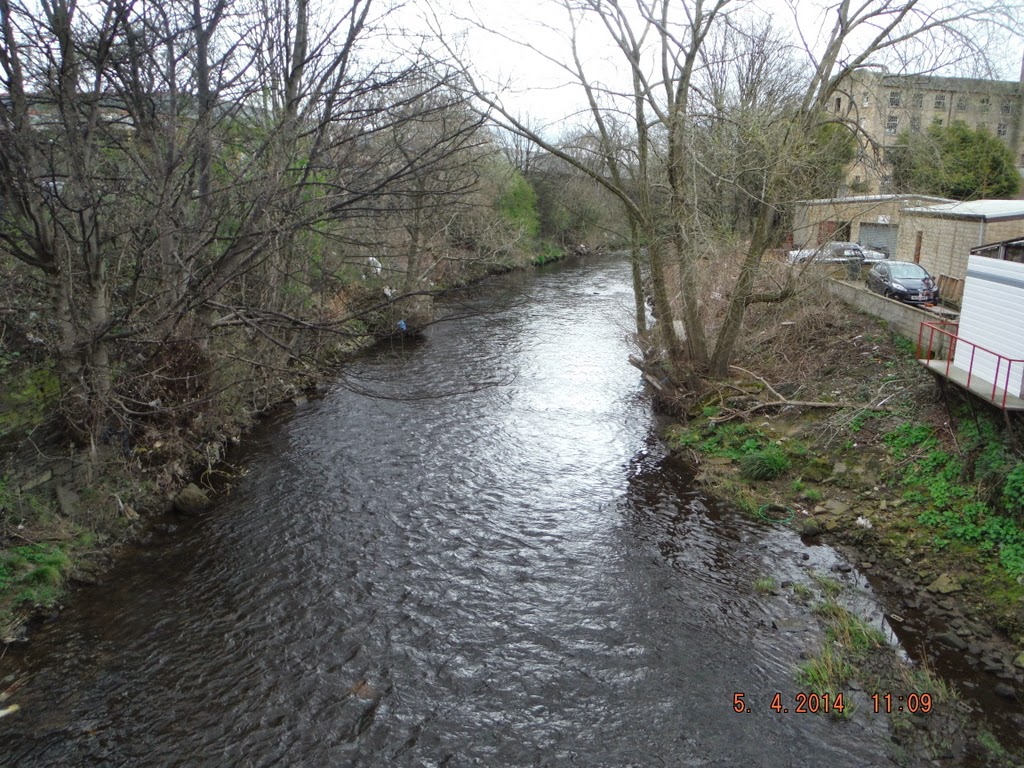 This is looking down stream from the road bridge near the entrance to the football stadium car park. There is a path down the left of the river and some access down there. 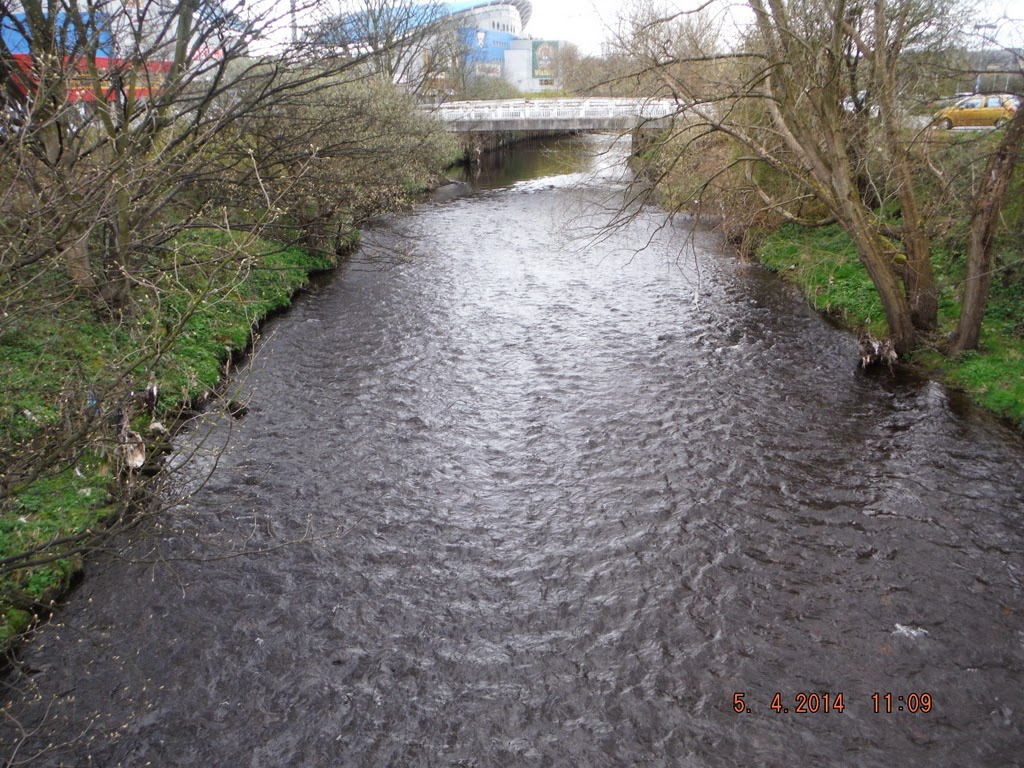 This is looking u,p football stadium on the left, plenty of parking as long as there is no a match on. You can get down to the river by the footbridges, there are more than one.

Posted by Flyfishing the Irwell and other streams at Friday, April 04, 2014