I have added some photos to the previous post.

I intended to fish the Irwell at Bury Bridge, had not realised how much it had rained in the night. The river was not fishable, quite high and very muddy.

Back to Bolton to the Bradshaw Fly Fishers Beat, couple of members on the cricket club car park just finished and waiting for three others who were fishing up river. Had a chat when they arrived, decided that the brook had had enough fishing for today and went to the Valley to fish the Tonge.

The river was up a bit, but there was not a lot of colour so decided to fish. The weather was promising rain which did come in showers some quite heavy.
Started with a Blue Wing Olive casting into likely spots as there was nothing rising, first fish was very pleasing. 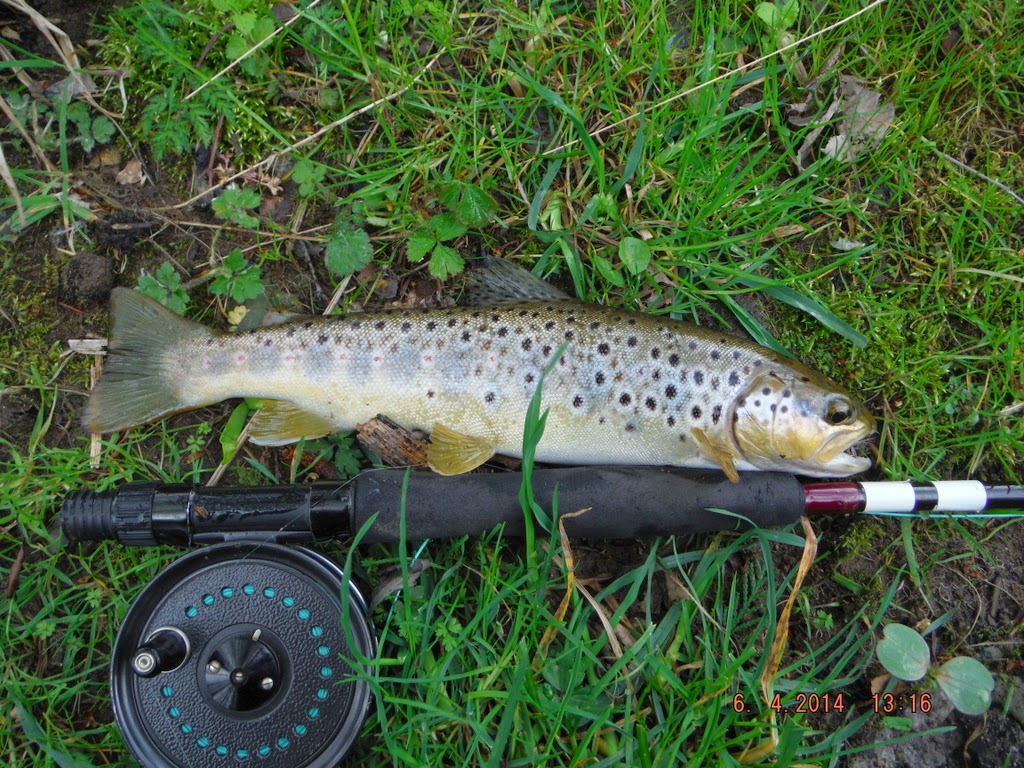 Ten inches from an awkward spot under the trees.

Moved on up stream, sheltering as much as fishing, not catching, until I came upon this dead fourteen inches brownie, no sign of what had killed it, shame. 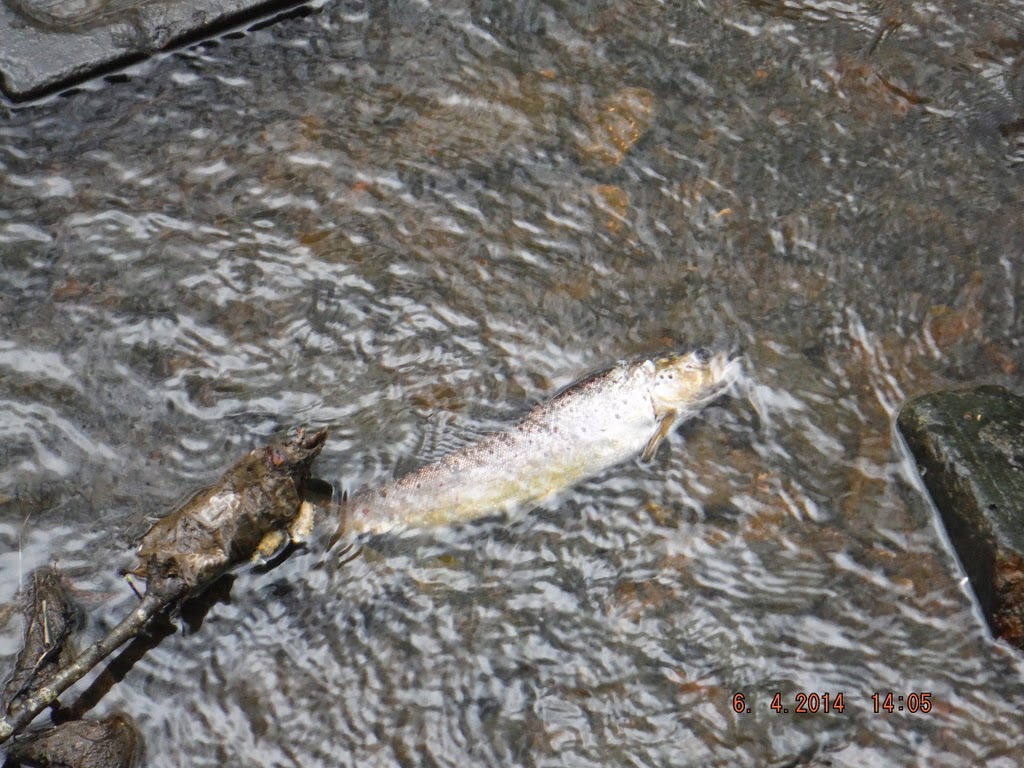 Started back down losing my BWO on a branch in the river. Put a Goldhead Copper John on,missed a couple then caught this one in fast water below the footbridge. 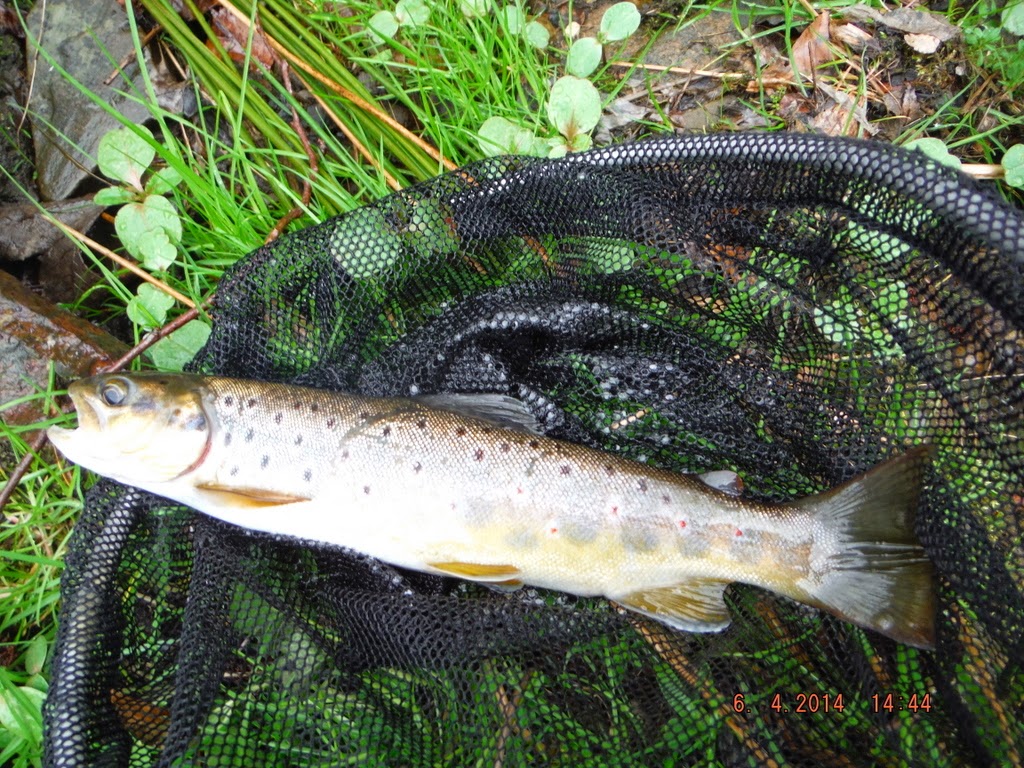 Better fish than the first one. 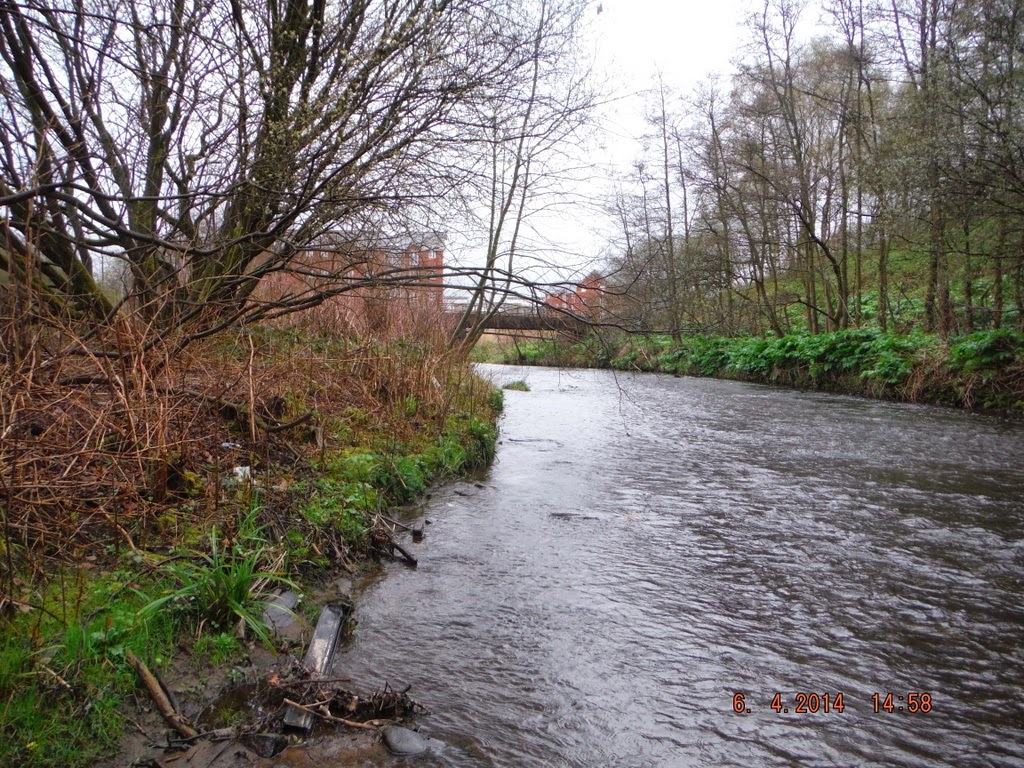 The green on the right hand bank is all Giant Hog Weed, the brown on the left is last years Japanese Knot Weed which is just starting to grow. The Himalayan Balsam is still very small as yet but will soon be making its present felt. 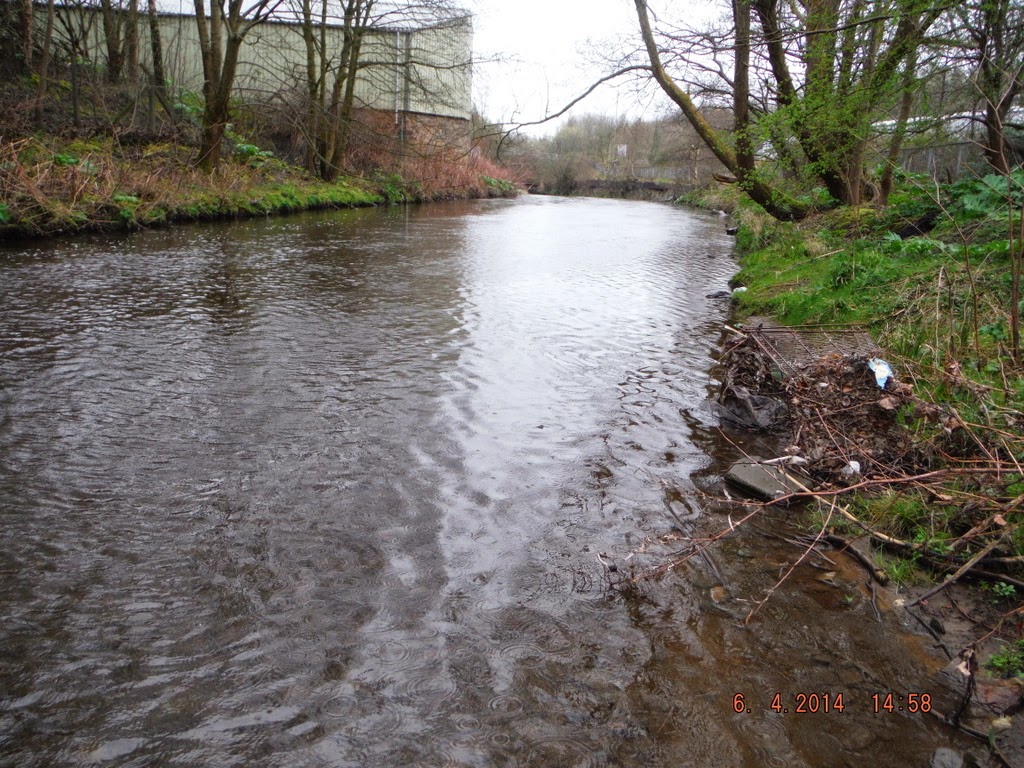 Looking down river from the same spot as above, note the supper market trolley on the right, one of many.
Had lots of takes down this stretch but only managed to net one small one. 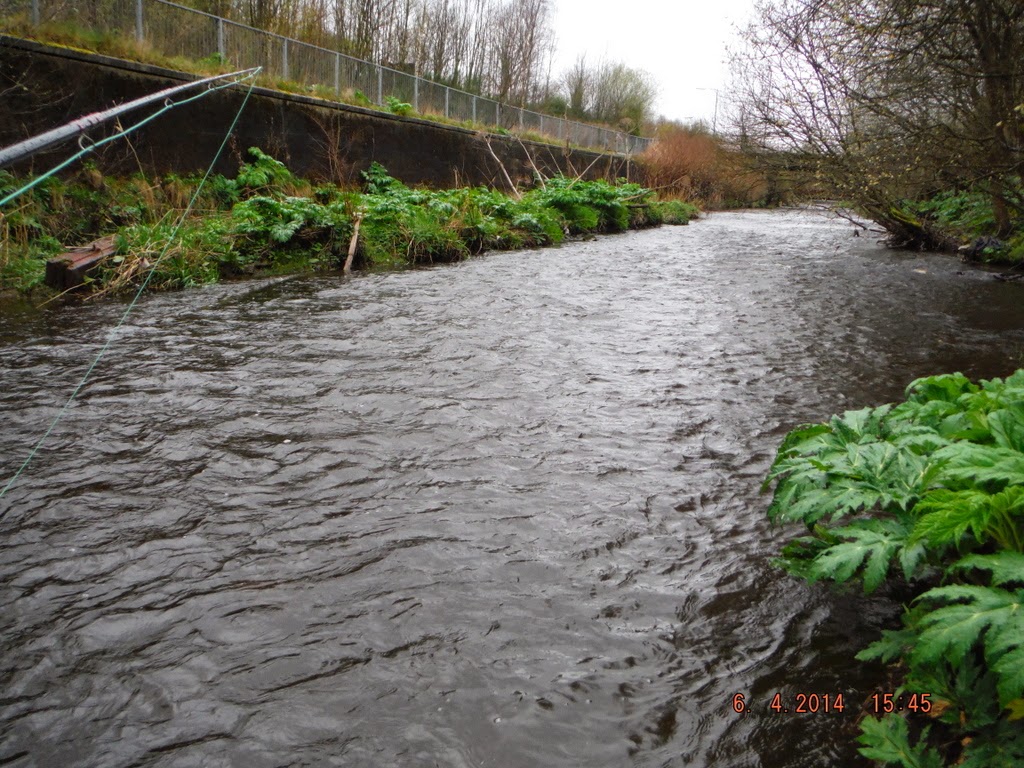 The same looking down. 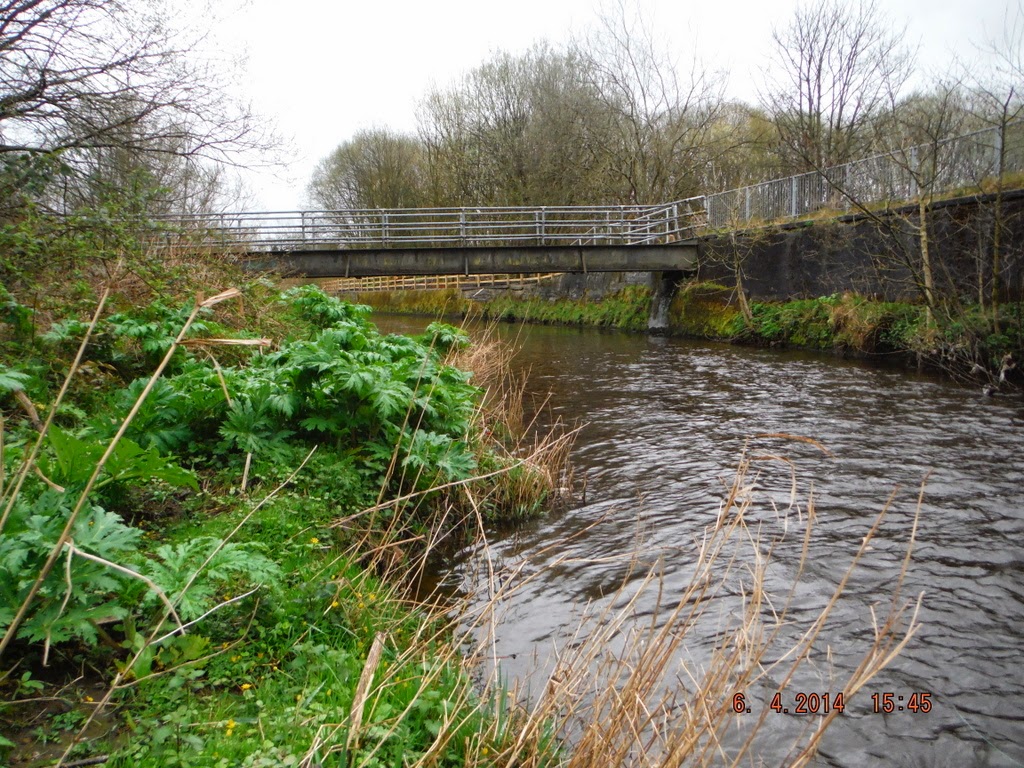 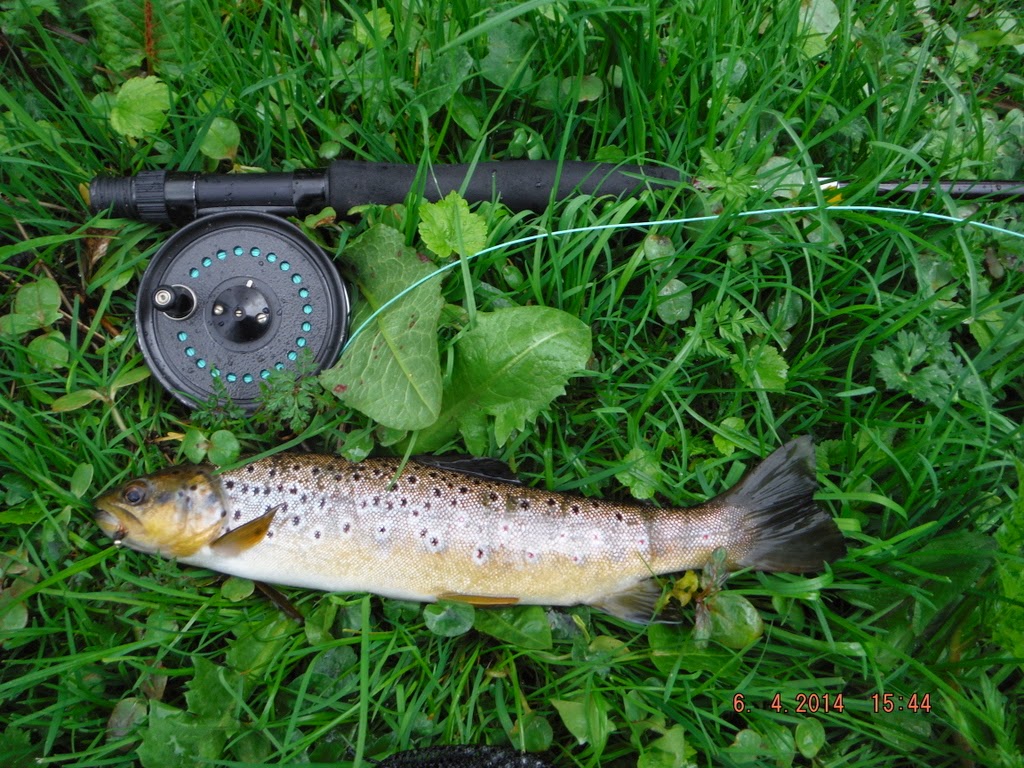 Caught this one just before I took the photos, another good fish. 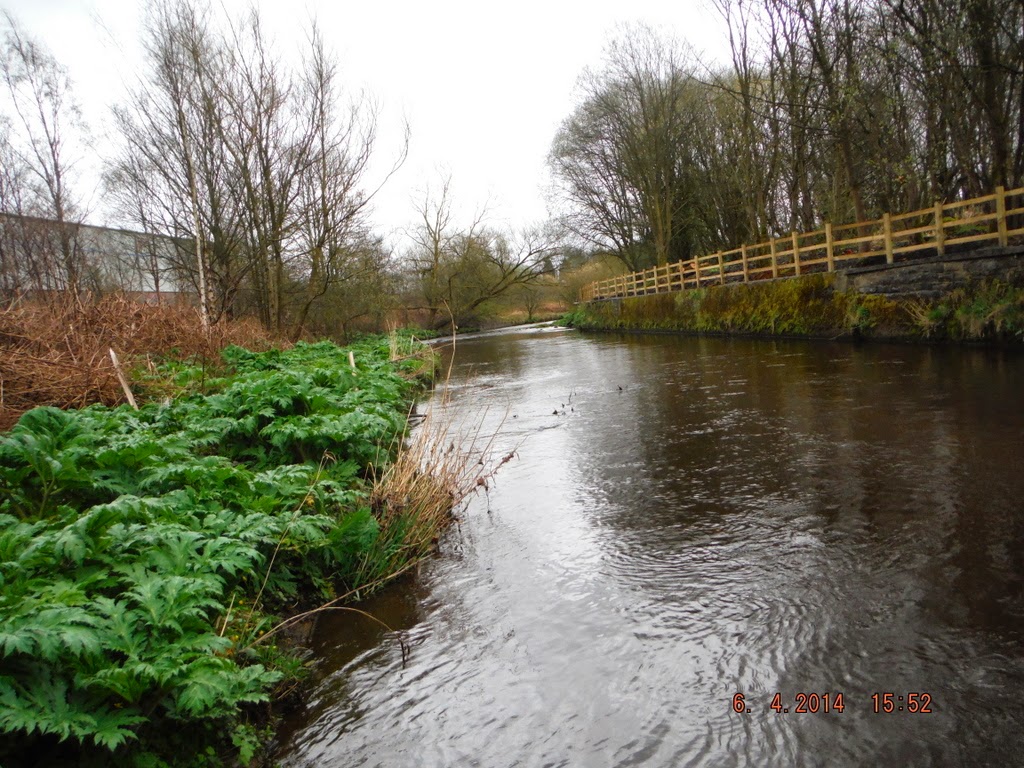 Below the footbridge lots more Hog Weed and Knot Weed, and the new fence, there used to be trees on the right side and plenty of fish under them by the wall, did not catch any there today.

Below where the tree is over the river in the distance is where I caught my last fish. 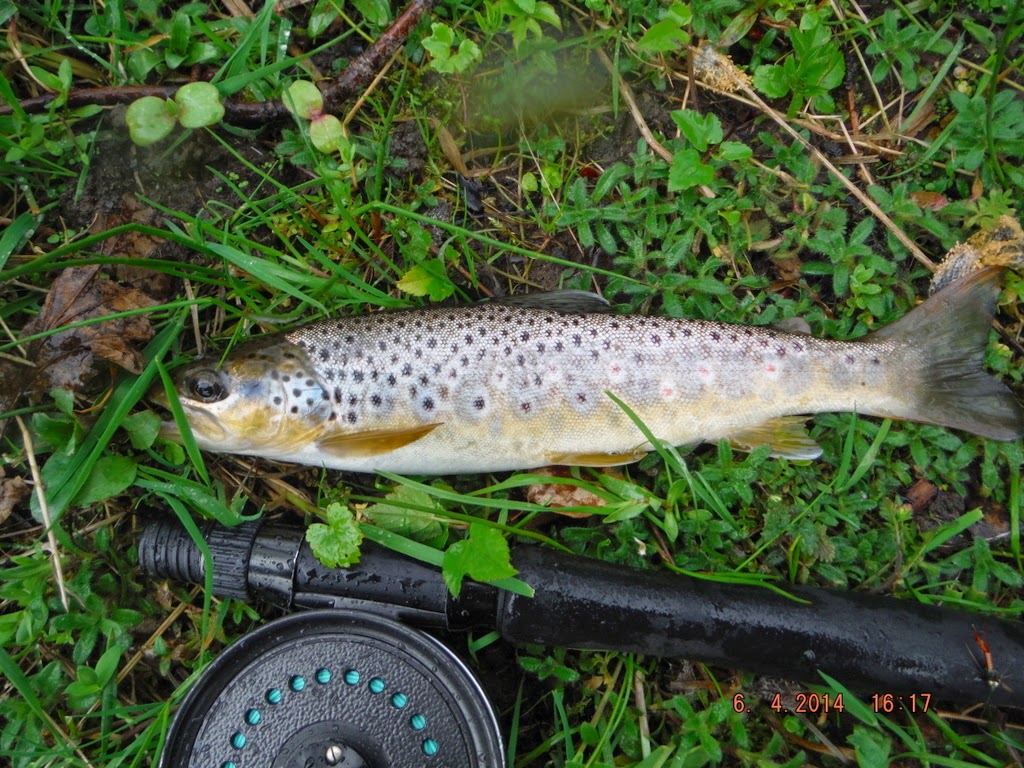 The rain came on heavy as promised good time to call it a day.

Posted by Flyfishing the Irwell and other streams at Sunday, April 06, 2014