Yesterday and this morning I have been spring cleaning my drive, patios and garden path, with my brother-in-laws power washer, plenty of water but no fish. Glad that it's done for another year.

Sunny and warmish for a change, promise of a hatch with luck. My usual parking spot has still got a skip in it, been there for some time. Managed to get passed it and reversed in not far from where I usually stop.
Adjusted my chest waders to waist waders, and did not bother with a jacket. Eight foot rod is plenty for here, put on a Olive even before I saw the river.
Walking to the river I passed this, I have sent emails to Bury Council about it, at least two last year. It is getting worse, sent another email with photos and Grid Reference, will not hold my breath. 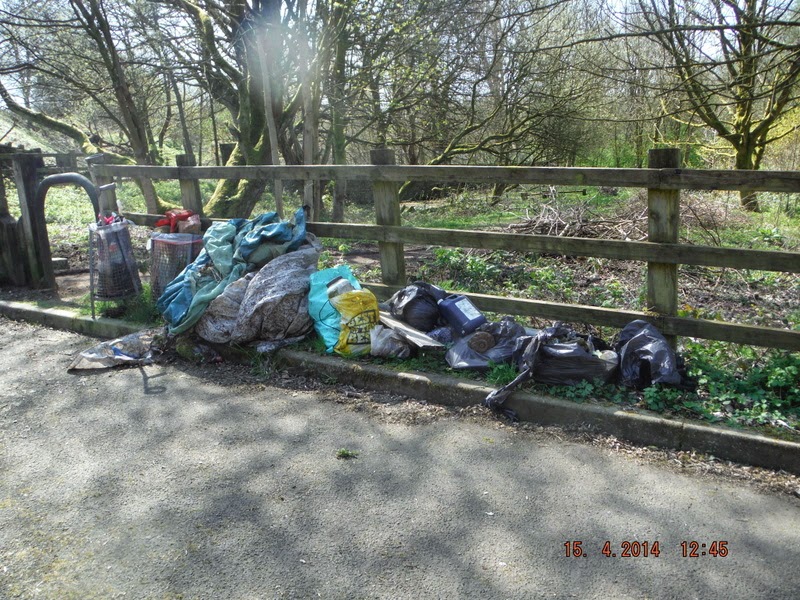 The river was running very clear and there was plenty of water but nothing rising, so I just cast into likely spots in the faster water. Nothing took, then I saw a rise at the top of the pool. Plenty of casts and finally I had a take but it broke me on the strike. New fly same as before but bigger, soon had this nice fish. 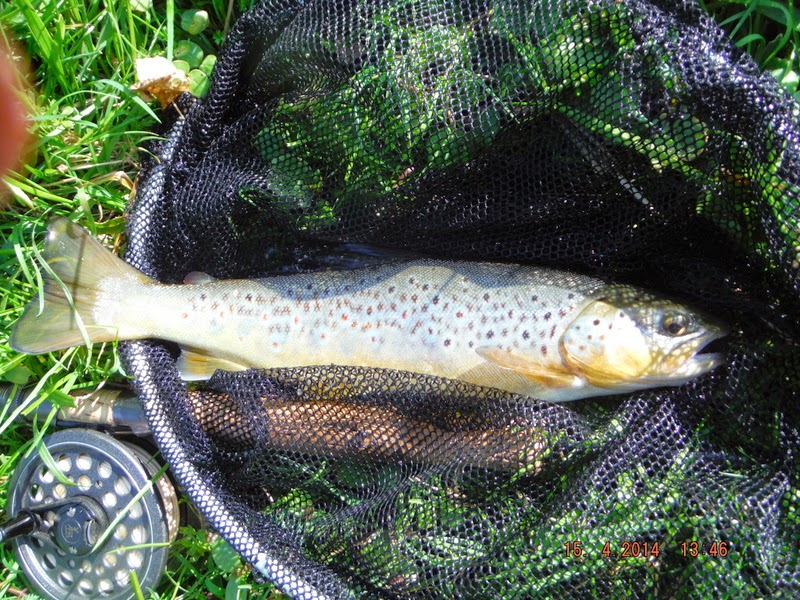 Hooked another one that came straight at me and then jumped and was gone, so I moved up stream and found one rising in very fast water, better fish than the first one but not massive. 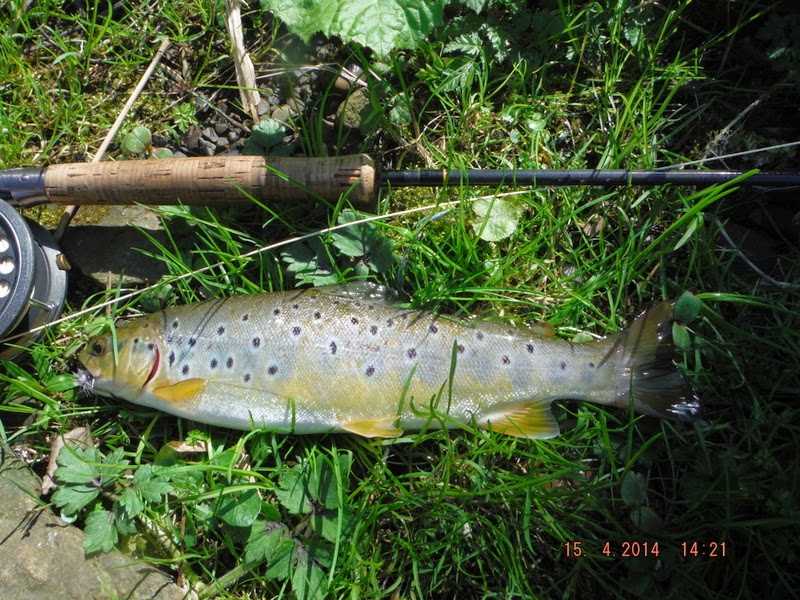 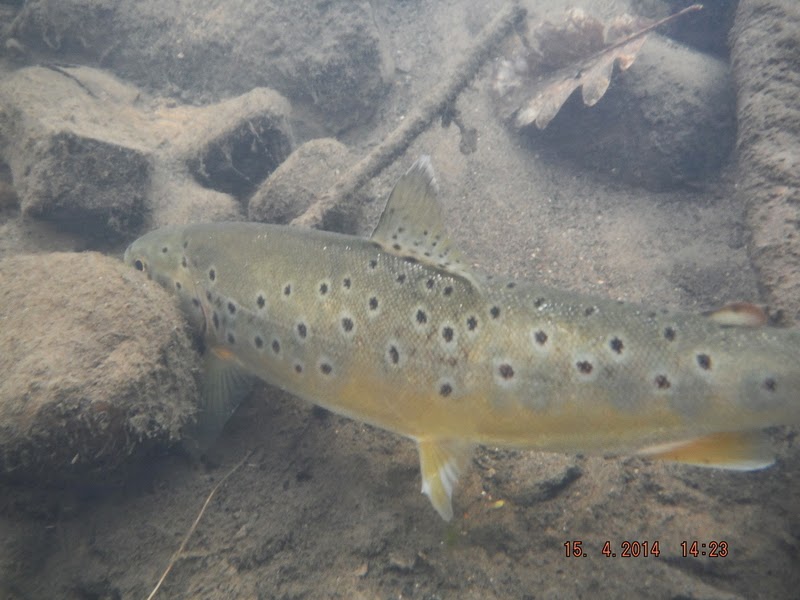 Resting after release, I need more practise with my water proof camera.

The next one came from the same bit of fast water just a bit further up, sorry about the fish being on ruff ground it would not sit still for the photo, so I took it were it landed. 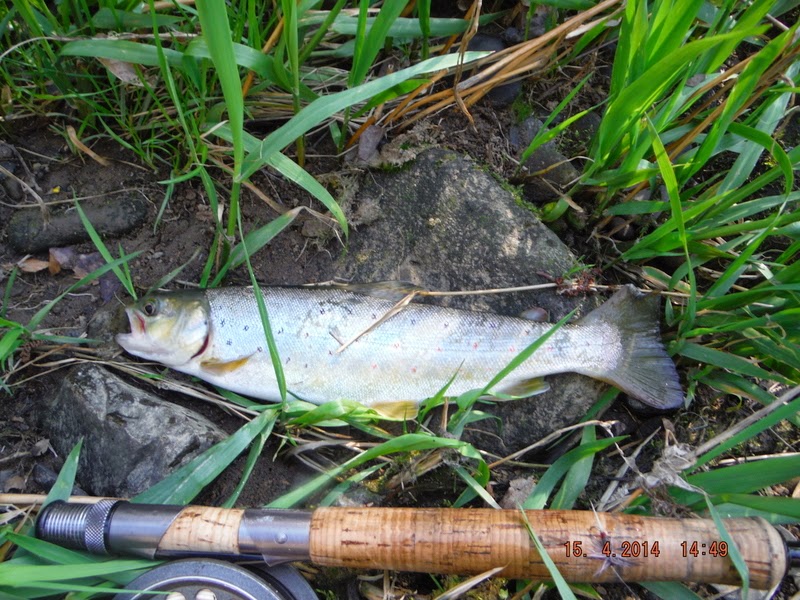 Moved a lot further up river to where I have not fished before, a chap I see now and again assured me that he catches some good fish there. I don't like the look of it that much, too much sheet rock in and around the river for my liking. I am afraid of slipping, anyway I gave it a try. Missed a very small one, saw it coming to the fly and struck before it got there.

It does look good I must agree, a lot of it is pocket fishing which I need practise at. 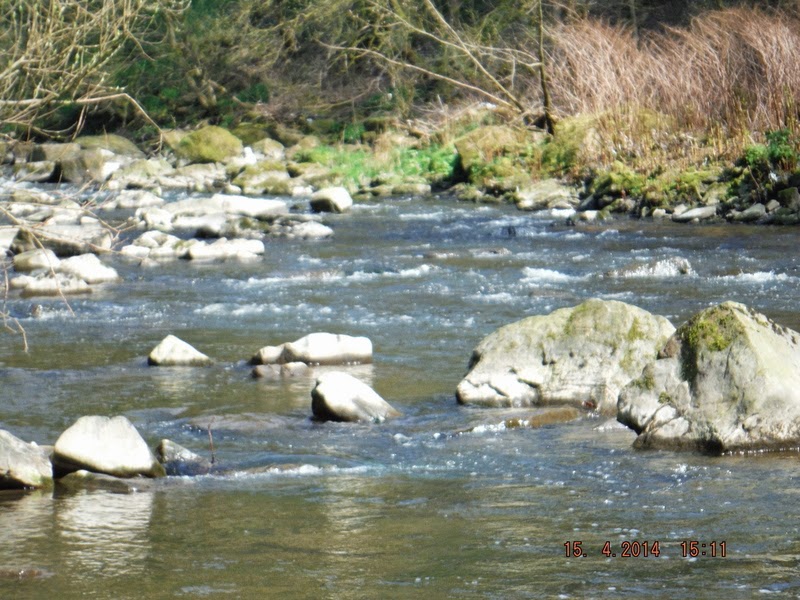 Those walls were built in the 19th century, how they  did it is beyond me. 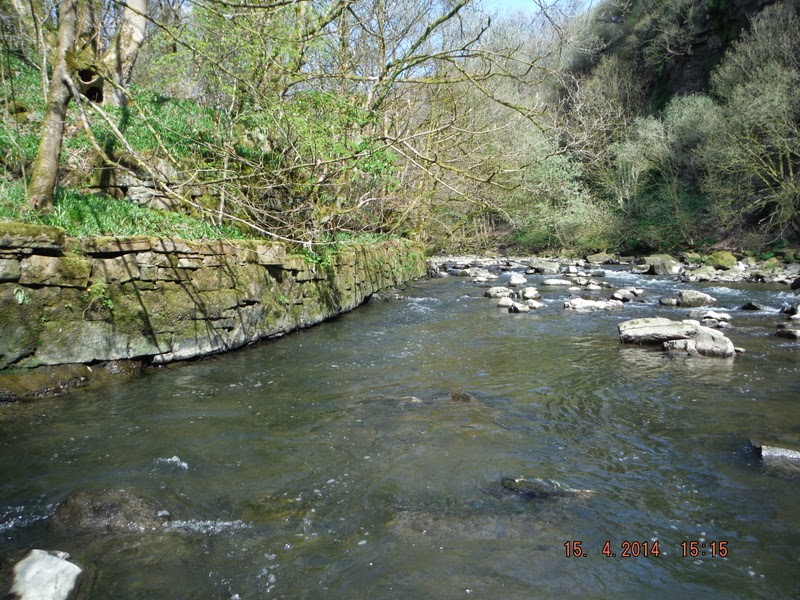 There was a weir somewhere around here which took water too the millponds that are and were up on top of the left bank. One of the mills is still there, its flats now of course and very nice ones too. 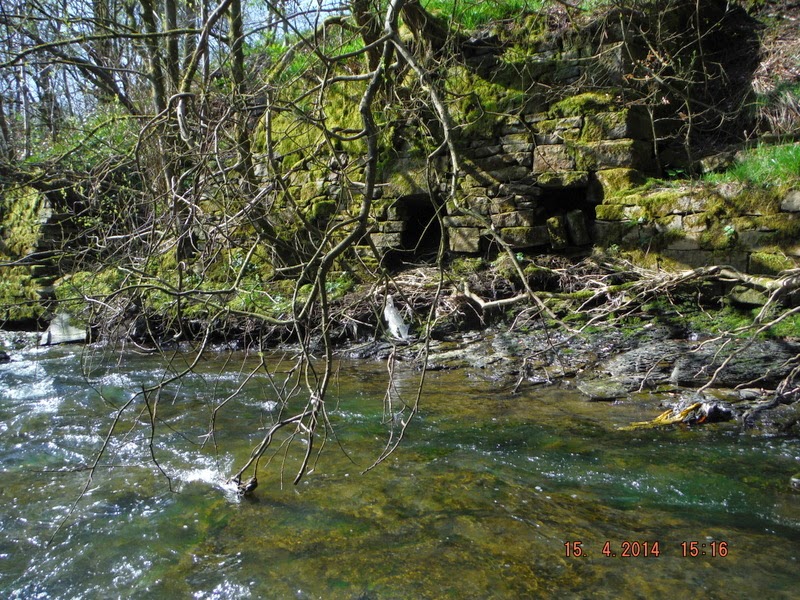 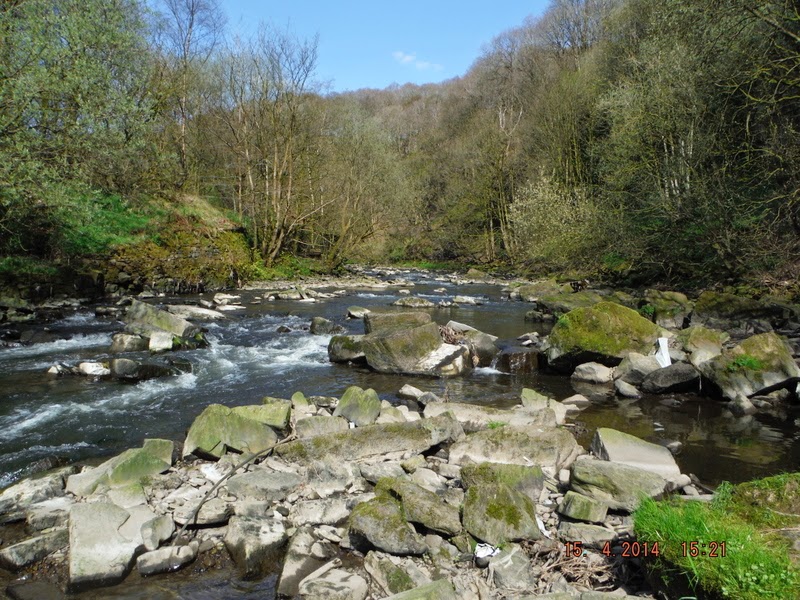 I did manage to catch one but not before I changed to a goldhead copper john nymph. 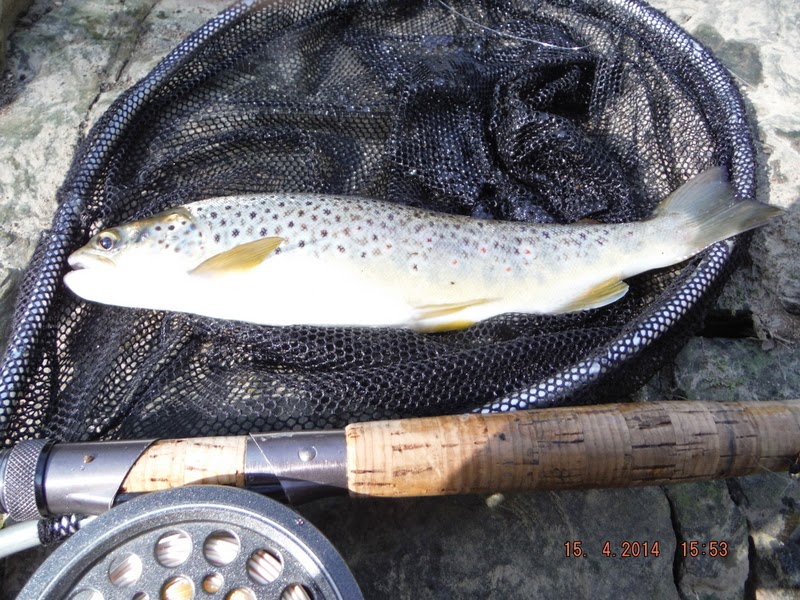 I had a couple of near misses on the slippy rocks so I got up the bank and walked back to the car.


Posted by Flyfishing the Irwell and other streams at Tuesday, April 15, 2014