Did an evening fish for a change, had been a warmish day expected that there would be a good evening rise. There wasn't.

Started down by the rail viaduct and caught my first and best fish just below the viaduct. 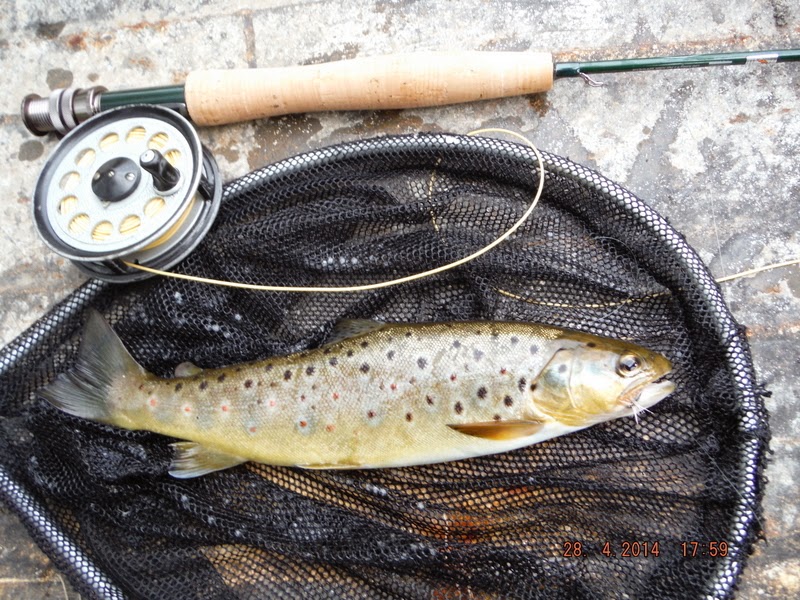 Dry fly of course, whether they are rising or not I want dry fly.

The fish was fine but the sight across from where I caught it was not. 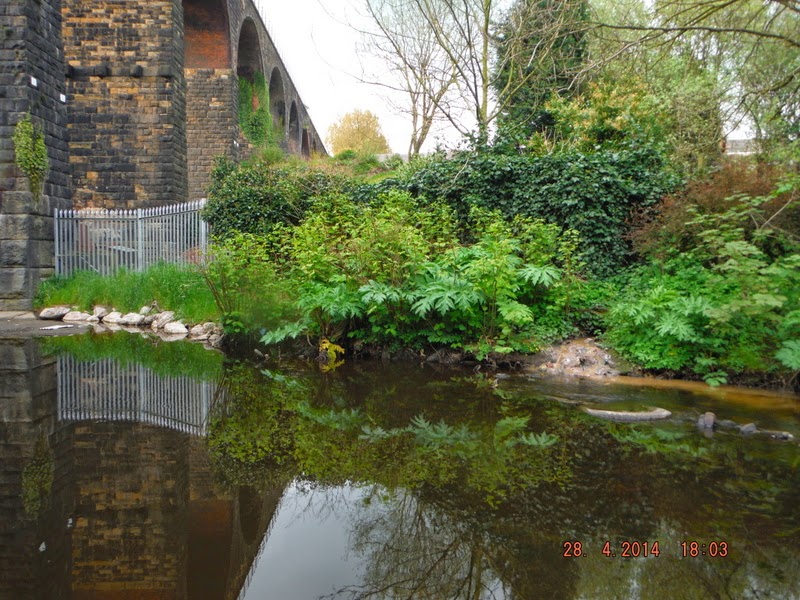 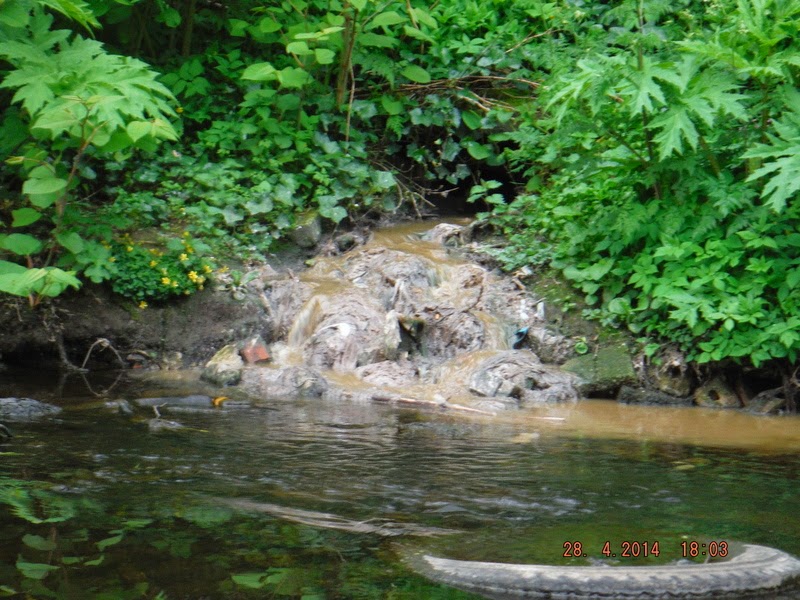 Sewage leaking from the far bank will report it to the Environment Agency and they will call out United Utilities to get it stopped.

Started to move up stream and missed a few before I caught this one. 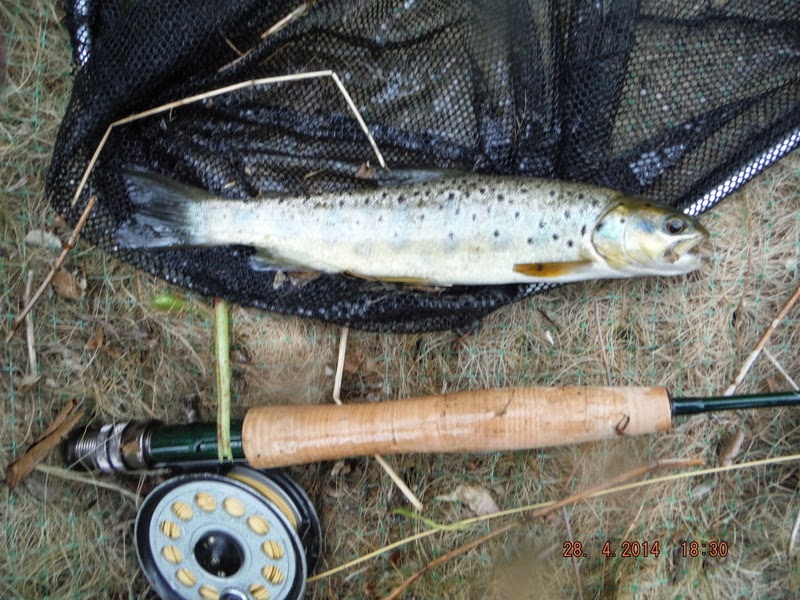 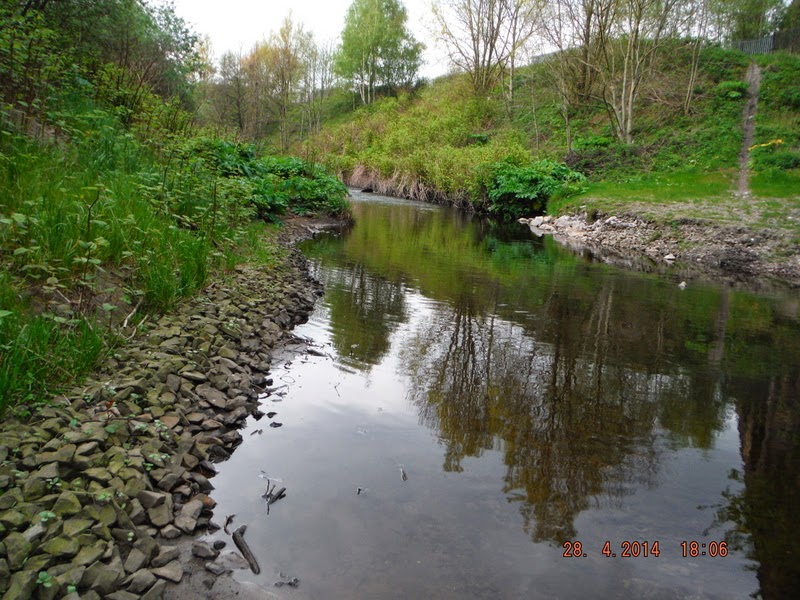 This part of the river has been recently modified by the rail company to protect the viaduct.

To be honest I was not having a happy time, as I was getting caught in the undergrowth more than I was fishing.
I was tired after a stressful day sorting out insurance for my wife's and my own car, I did it mostly on line and found it not as easy as advertised. Still we did save money by changing to two new company's, glad that it is over for another year. Anyway that's my excuse for fishing like a prat. 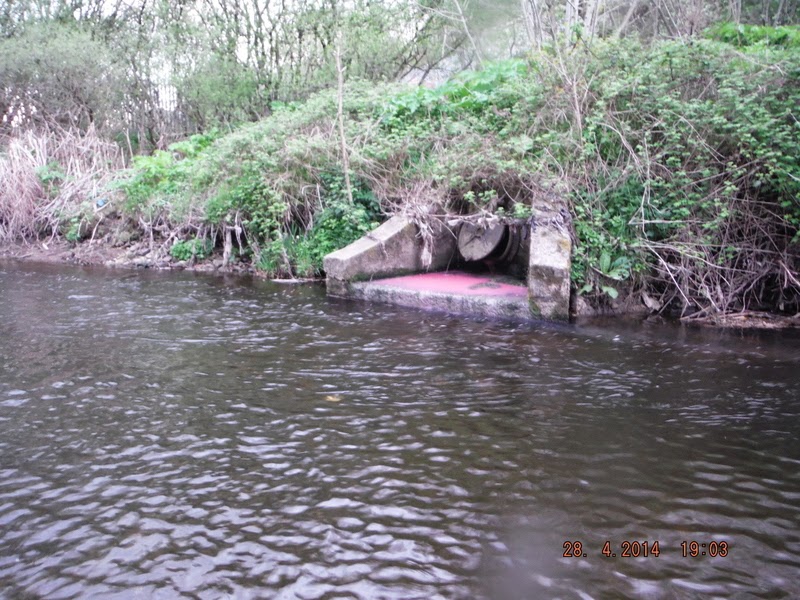 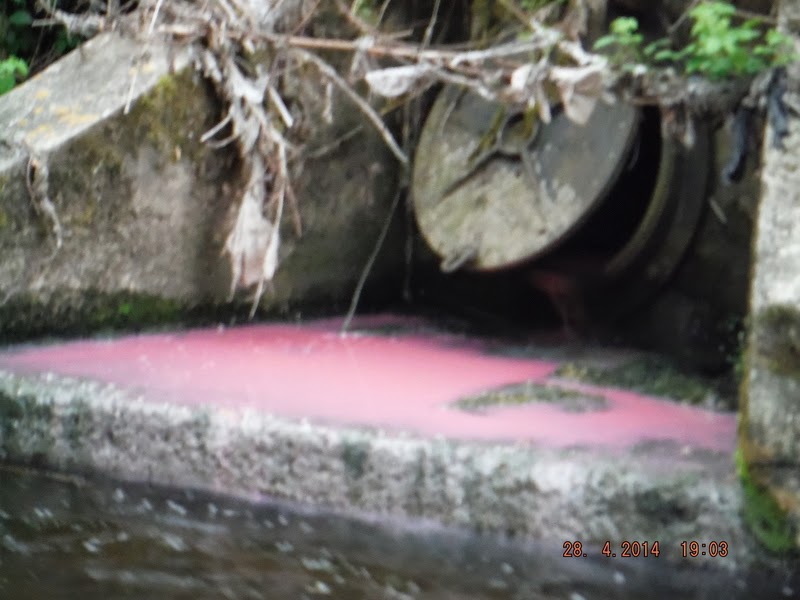 I did catch a couple more fish but nothing worth a photo, and I was still getting caught up in the trees so a packed in.

Posted by Flyfishing the Irwell and other streams at Wednesday, April 30, 2014