Today's the day the new 3 weight rod gets it's first airing. Bury Ground to start, again not very promising cold wind and not much sun and rain forecast for the afternoon.
Put on a Copper John goldhead as there was no sign of fish rising. Had a few knocks before I caught a very small trout. First for the new rod, it fished fine all thought the wind did not make it easy. Hooked and lost several more fish before I caught this one not a bad fish, the handle of the new rod is 11 inches long, so I put this one at that length. 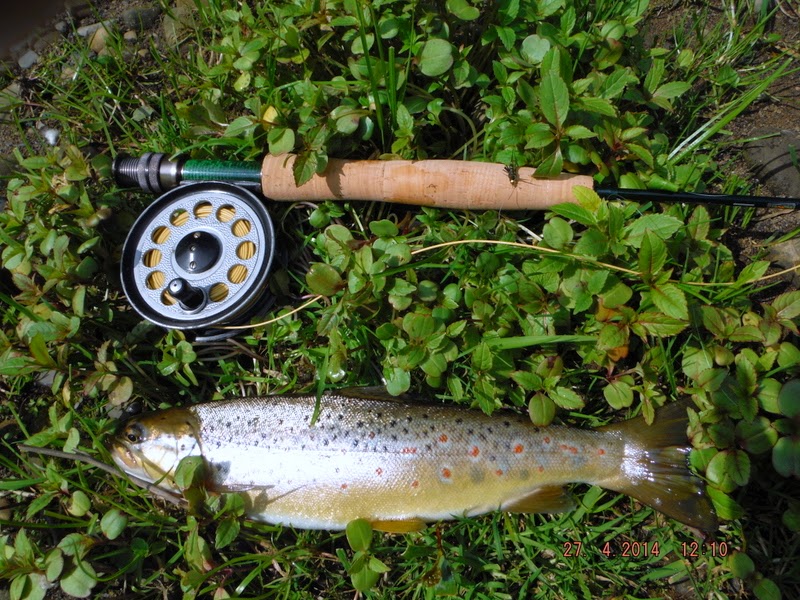 A couple of fish on the rise, changed to a Adams dry had fish come for a look, only had one that took, about 8 inches.

I noticed a van towing a horse box arrive near to where I was parked, then a van with a caravan, followed by several more which drove on to the spare ground next to the car park. Traveller's arriving. They have been around Bury and Radcliffe for the last two or three weeks. Surprised to see them here as it is only 100 yards away from the town police HQ. by the time a got back to my car the police were in attendance.
Decided to pack up and go to fish the Roch stayed with the same tackle had a few rises but caught nothing. switched to a Olive, still nothing. Time for home.


Posted by Flyfishing the Irwell and other streams at Sunday, April 27, 2014