Very changeable weather today, sunshine and some heavy showers.
Plenty of water but no sign of fish, walked up to where the Roch joins the Irwell without seeing a rise, so my dry fly did not get wet.
Tied on a Copper John nymph and fish down to where I started, nothing.
One of our great problems on the Irwell the Roch and the other brooks that I fish is the nonnative invasive weed. At Springwater the far bank is covered with Giant Hogweed,  Indian Balsam and Japanese Knot Weed. as you can see from the photo the Hogweed is a real problem. The whole length that I fish is as bad as the photo shows and in some places worse. 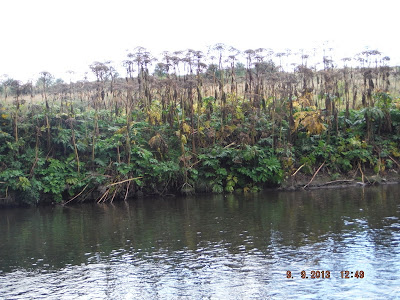 The Park side bank is a lot better, except for the Balsam which is rampant on the banks of the Roch. 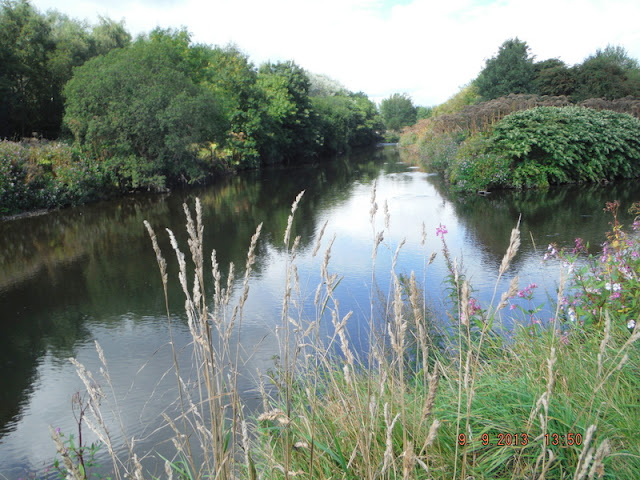 The Irwell is on the left and the Roch is coming in on the right.
Posted by Flyfishing the Irwell and other streams at Monday, September 09, 2013