After taking the photos of the sewer pipe repairs I went to Bury Ground, river up more than I was expecting, must have rained during the night.
Tackled up an eight foot with floating line and a blue winged olive so I could fish down river dry fly in the long riffle below the weir. I had an extra long, for me,two and a half pound tippet on a nine foot leader.

Nothing at the top end in the broken riffles until I got to the long riffle with the fallen tree half way down. Had a good rise felt the fish but did not hook him. Then my first fish of the day. 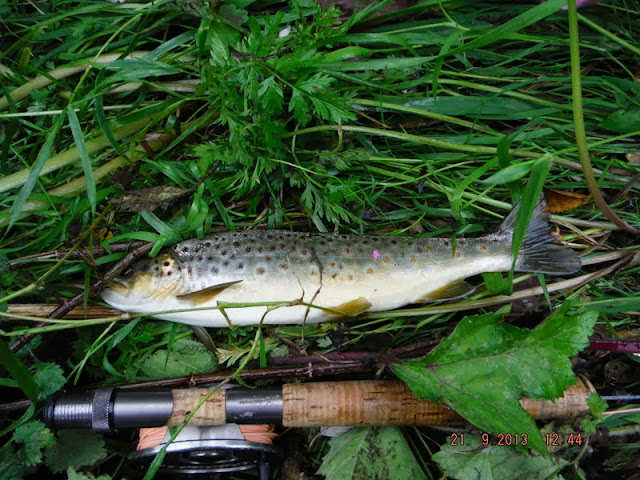 It did a lot of jumping and splashing in the shallow water so I had to move down a bit before I got another take. This one was a little better than the first, but I tried to hand him out instead of using the net, slipped through my fingers and was away. Live and Learn, or do I?
Fish down to the slack water and cast at one or two rises without a take, then started back up. Had a couple of fish look but never felt them when I struck. Until I was above the fallen tree, where the riffle is at its quickest I caught my second fish. 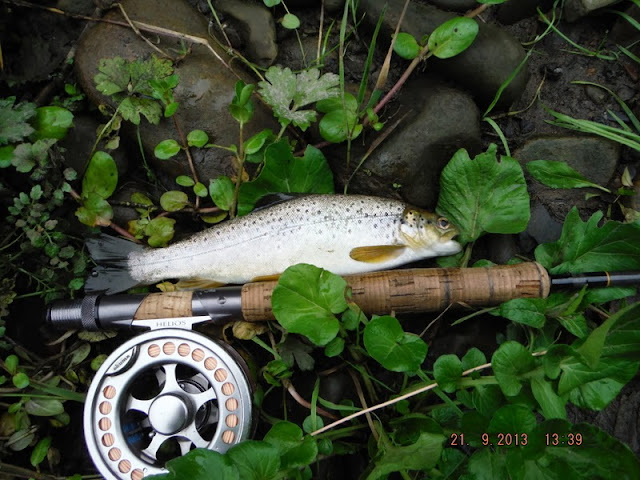 And then my third very soon after. 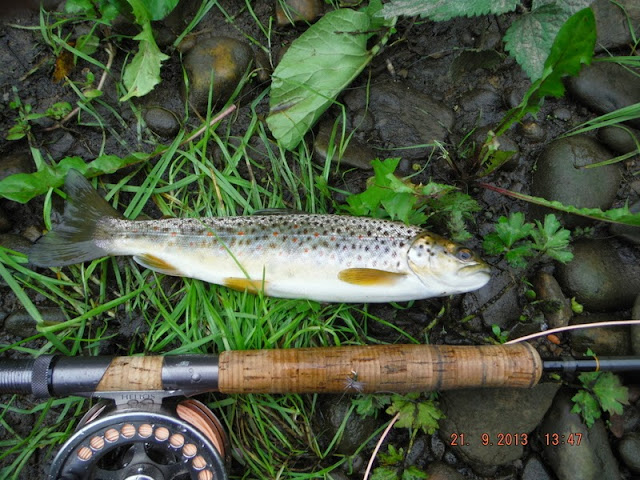 Didn't fancy fishing back down again so I went to the Roch at Gigg, saw one fish rise but no other sign of fish and I did not catch any or see any flies. Rather strange as it had got warm and sunny as the afternoon went on. They must have had a good feed when the river was up and have been having a rest, who knows what the fish do, not me that's sure.

Posted by Flyfishing the Irwell and other streams at Sunday, September 22, 2013