After taking the photos of the work on Bradshaw Brook I went to Mytham Road where there used to be a large mill by the river, which was demolished I think early last year or maybe the year before. I fished there a few times last year but only managed to catch one fish. There is a large weir above where the mill used to be which fed water to the mill via a goyt which is still there and running with water.
I fished from the bottom of the weir down to where the remains of the mill  prevent access to the river. The area looks as though there should be plenty of fish but I only manage to catch one, on a pheasant tailed nymph. 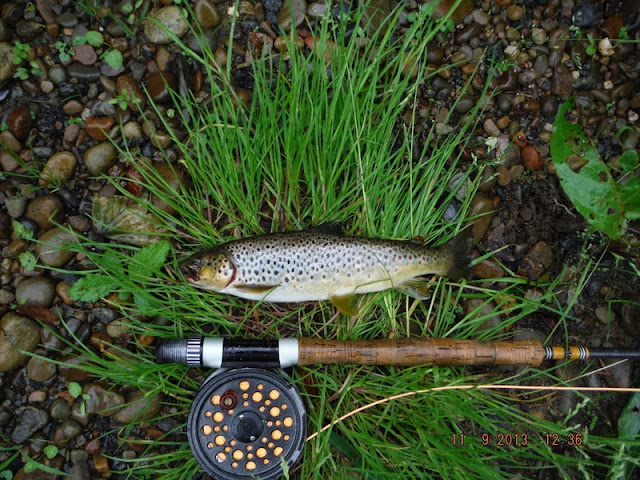 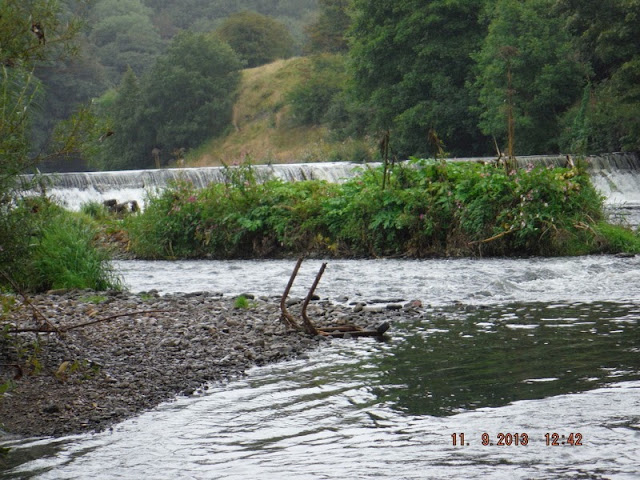 Looking up at the weir (sorry about the scrap iron) 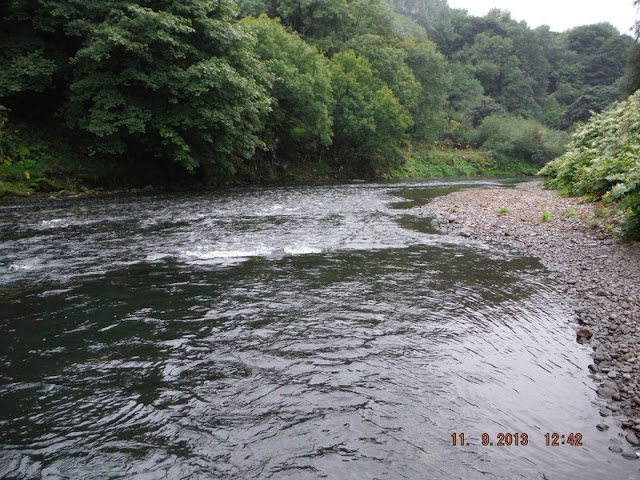 Looking down towards where I caught the fish 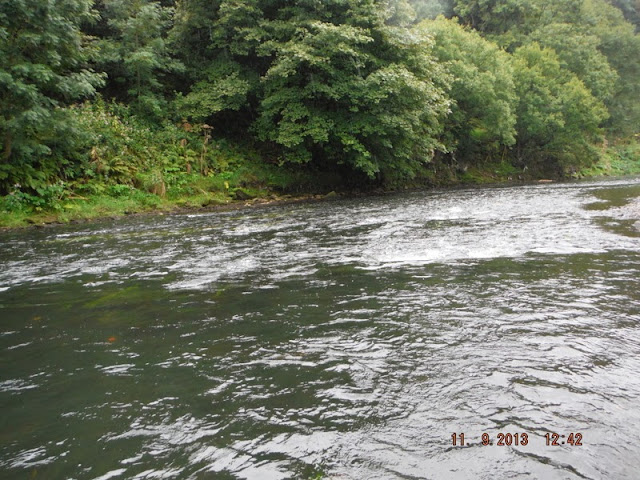 .
Looks OK bu not far below. 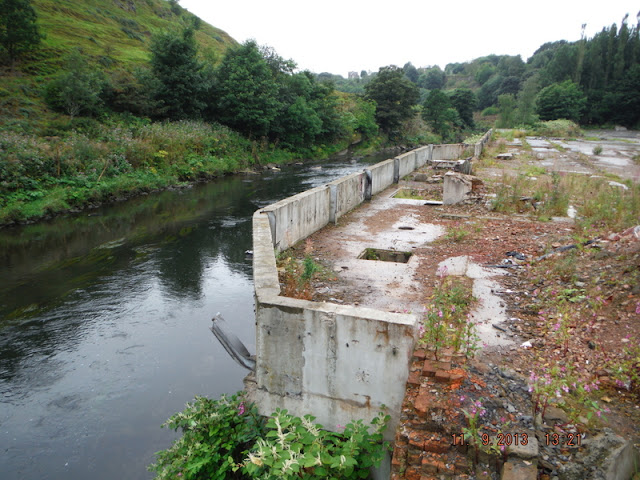 Is this.
At the moment the bottom of the concrete wall is so overgrown that it's not possible, for me, to get down to the river side. Even when you can the river needs to be pretty low as well. When you are passed the end of the concrete the bank is steep and and over grown. 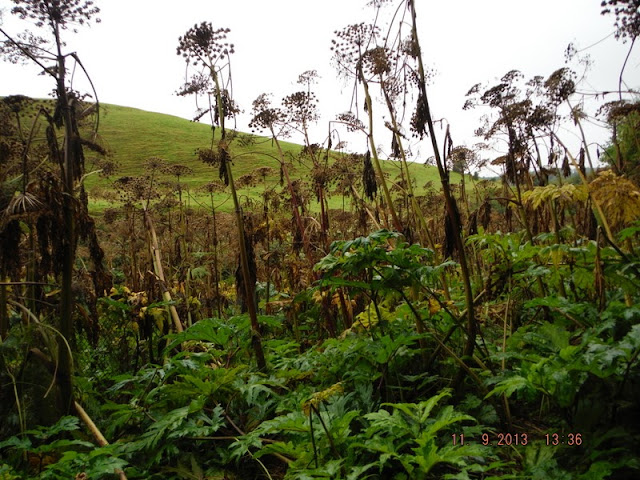 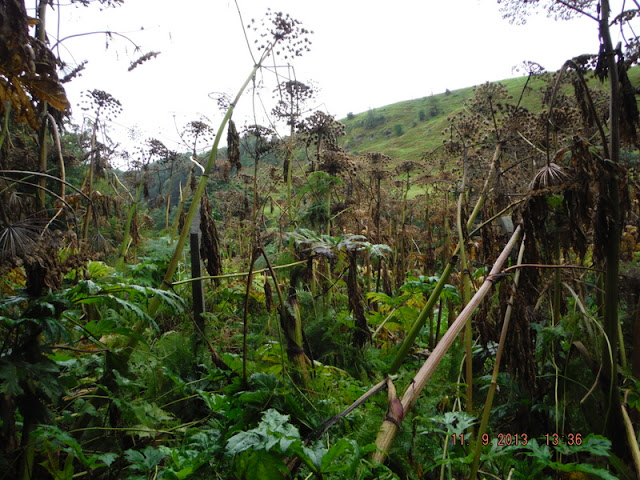 The Giant Hogweed forest below the old mill base, you don't want to mess with this stuff, early spring is the only time this area is fishable and them only with much effort.

Had a couple of hours then moved to Ladyshore which is about a mile up river. By now the rain had set in but as I was dressed for it I carried on fishing. Ladyshore fished like it usually does, yes no fish. Well there is always tomorrow.
Posted by Flyfishing the Irwell and other streams at Wednesday, September 11, 2013