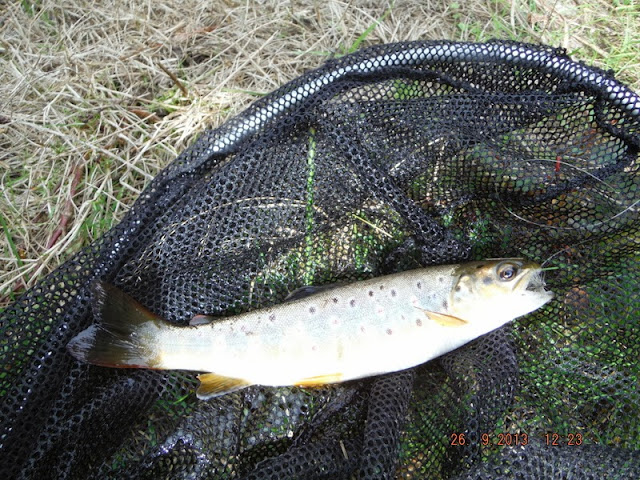 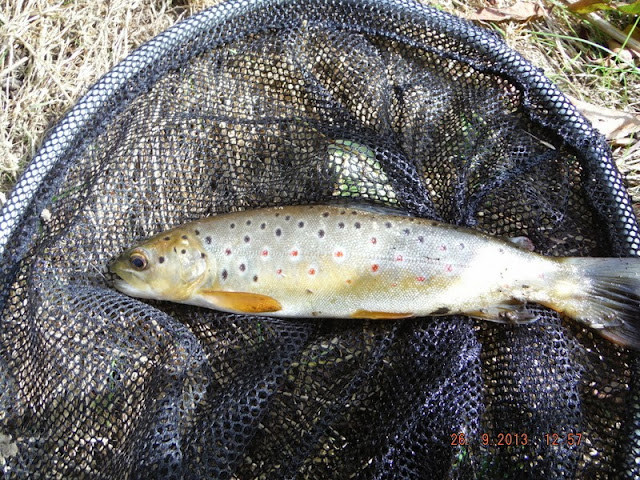 Brook is still running dirty and was down from yesterday. After I caught these I moved down below the road bridge, it did not look promising, nothing rising, so went to Eagley Brook by Union Road. Only the second time I have tried there since a lot of work had been done under the railway arches. Again not impressed  so Bradshaw Fly fishers beat was my next port of call.

Couple of cast with the B-WO got me nothing so put on a little bug that I don't remember having bought, somebody must have given it to me. Instant result. 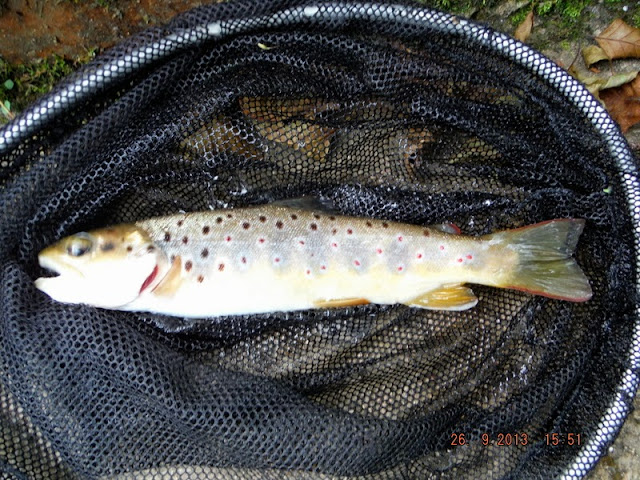 Nice fish not sure what happened to the picture. Moved up stream same fly and another fish. 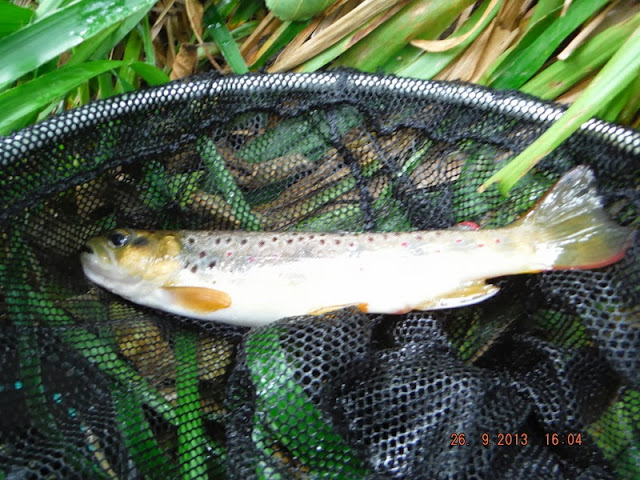 Had a few more casts caught a very small one, checked the fly, it had come apart so that was the end of that.

Went to see the sewer work site, as you can see the middle section is now finished, the near section must have been completed today and been left to set. 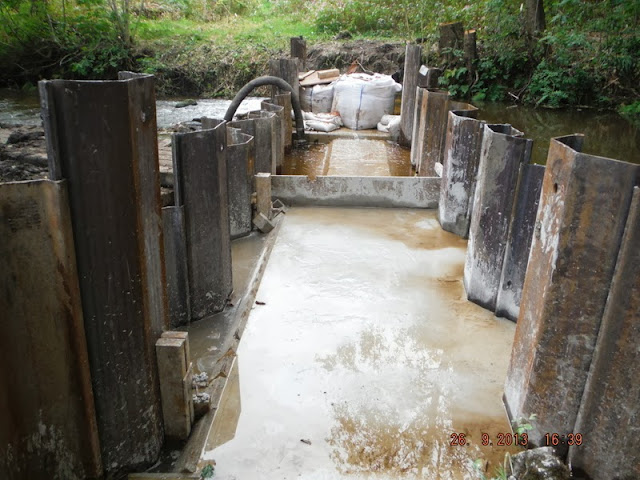 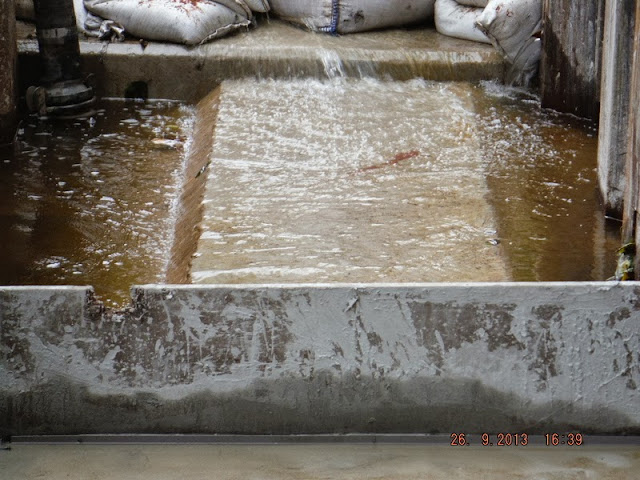 Just the piling to be cut and some tidying up and we should be able to see if there is any chance of fish being able to move up river. I am not that hopeful it looks far to high to me.

When this is completed there are two other jobs which need to be done, hopefully with out as much mess and time as for this one.
Will report with photos later.
Posted by Flyfishing the Irwell and other streams at Thursday, September 26, 2013