The brook was running dirty as it has been since the sewer repairs started, not that the trout or the flies seem to be bothered.
Started going down river with a copper john nymph. Tried a cast at a rising fish below the footbridge it came but I missed it, gave it a couple of minutes and then tried again. It took as the nymph hit the water and was hooked. Nice fish just 10 inches fair fish for me on the brook. Carried on down stream,  had problems with the trees, so decided to put a dry fly on, Adams, and stared back up.
I have never fished the stretch above the footbridge where the stream runs along the bottom of someones garden. Decided that I would today. No takes until I was at the top of the garden where there is a nice pool. Missed two or three rises before I hook this small fish. 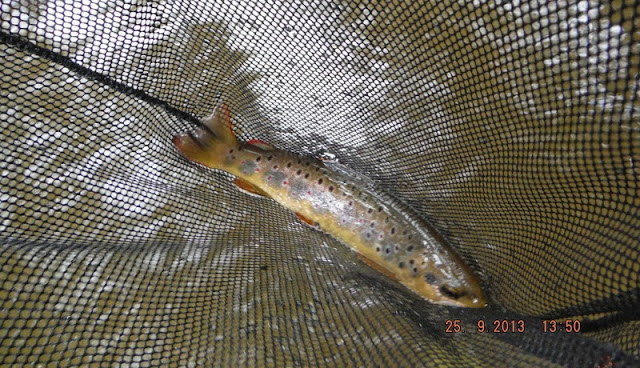 Had three other fish all small in the same pool then moved up.
At the next pool I struck at a fish missed and ended up with my fly in the trees behind me, trying to clear it got me snagged even worse. Clear at last but had to change the tippet and a new fly,B-WO. Then another member came passed so had a chat, then he went to fish further up stream. caught two more small ones, another tangle so moved up to the sewer pipe and took some photos. 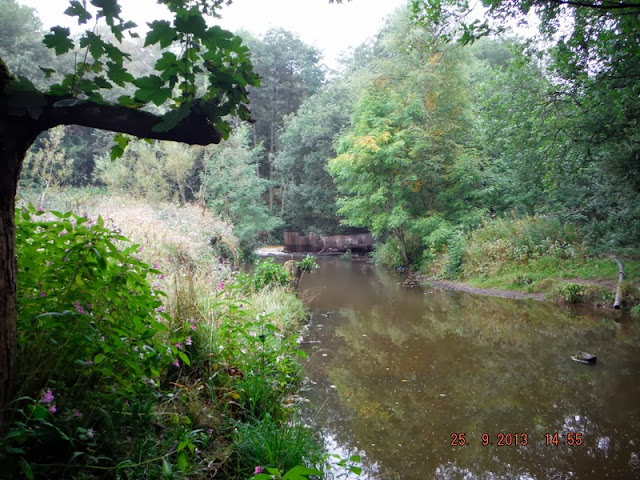 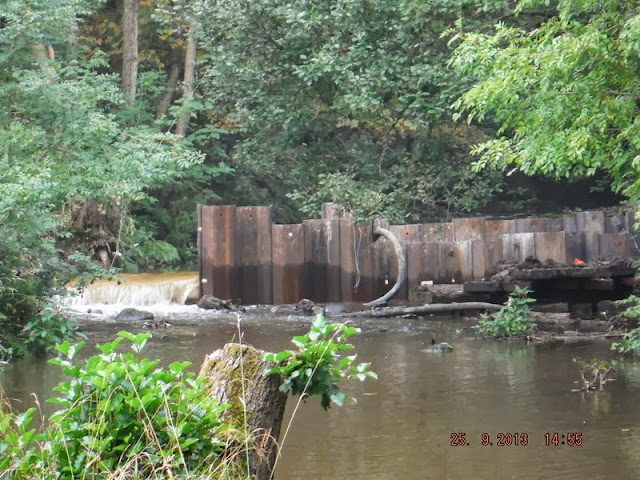 If you have been following the works you can see that the repairs on the left are finished and the piling cut level. 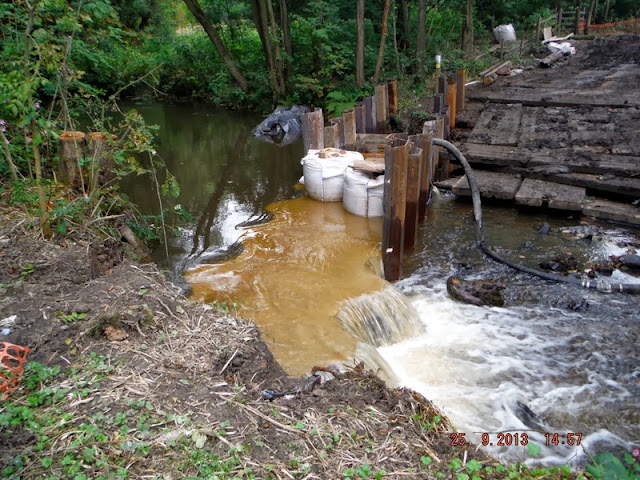 You can't see here but the middle portion is also finished just needs the piling cut down. 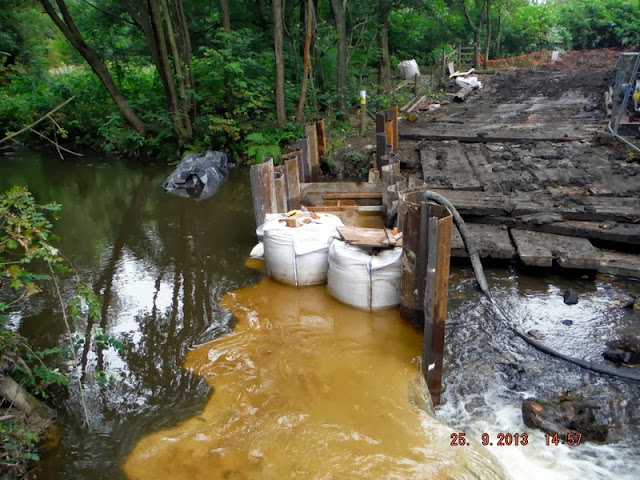 Not to pleased with the height of the concrete no fish will get up this bit. The middle section is supposed to be four inches lower than the rest, not sure that will be enough to allow fish to move up stream. Time will tell.

Moved up stream caught couple more small fish, but was having problems with the tippet getting very twisted and tangled. So changed to a different tippet line but continued with the same problem.

Moved down to the pool below the works some fish rising caught this one and couple of others. 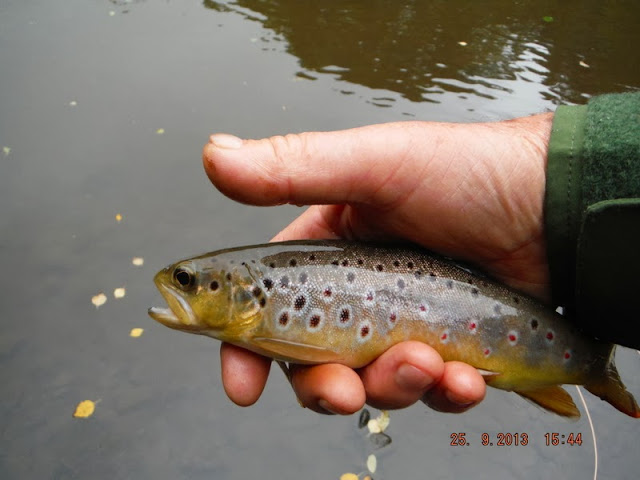 Still having problems with the tippet twisting and tangling, if I untangled it and had two casts it would be twisted and tangled again, so I decided it was time for home.

Brought the reel home and checked that the fly line was not twisted, didn't seem to be. will try it tomorrow with a new leader and tippet.
Posted by Flyfishing the Irwell and other streams at Wednesday, September 25, 2013