Lots of rain for the last few days, so no fishing until today. Still heavy showers and some sunshine.
Decided to check out the local  waters to see the effect the rain had had.

Started at Bradshaw Brook went first to the Bradshaw fly fishers beat, as I expected it was not up very much and still running pretty clear, one or two fish rising. Went to look at the work on the sewer pipe. 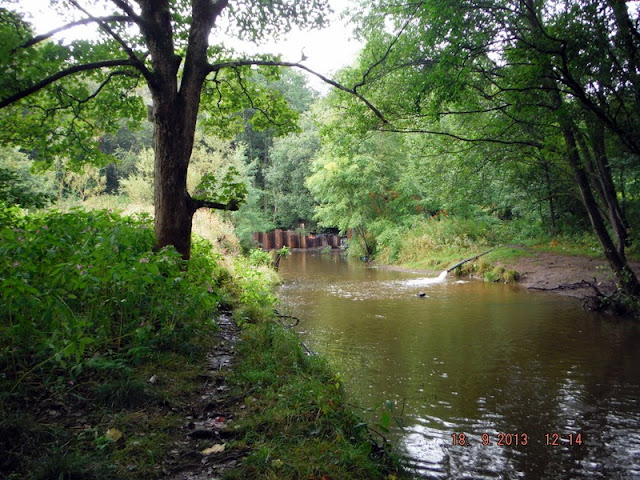 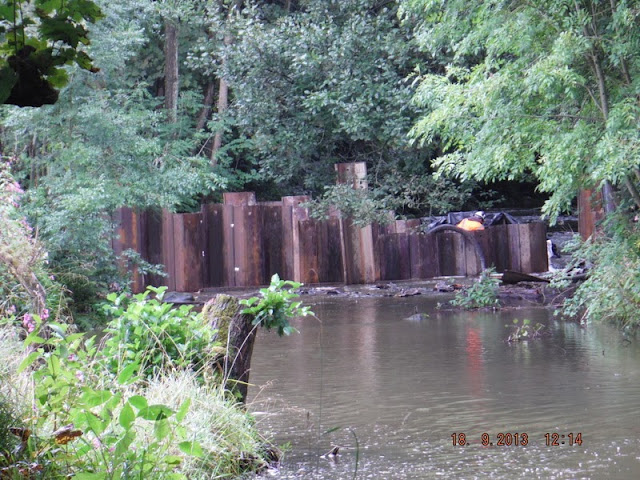 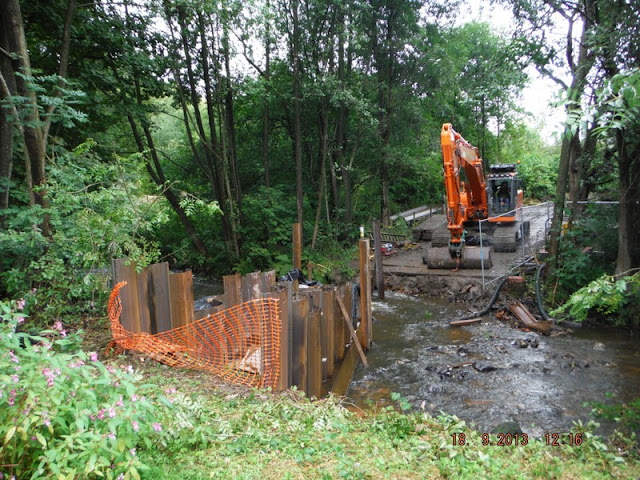 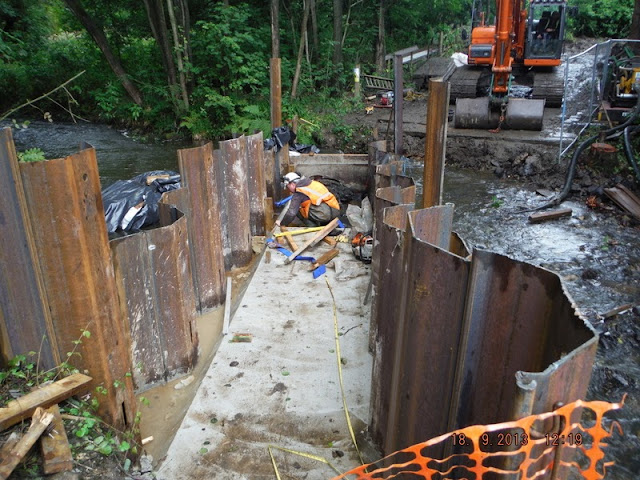 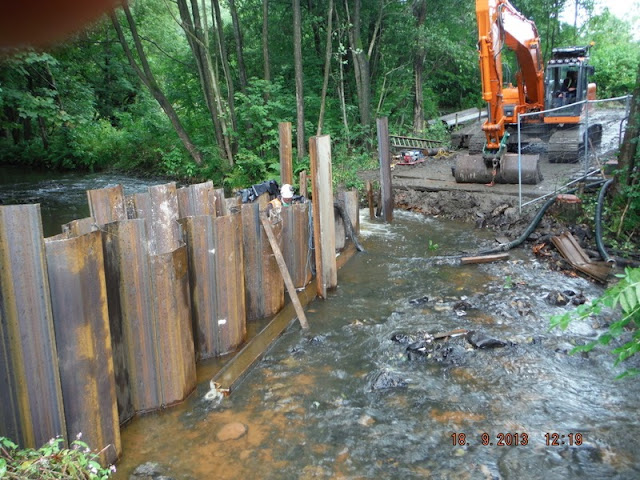 Pleased to see that the work was moving on, the first half of the concrete is done and the middle section,  that will be lower than the rest to allow the passage of fish, should be in this week. Was informed that the final piece should be completed next week, forgot to ask when the pilings would be cut off. I will have another look next week and report.

Next to 7 Acres, brook running higher than above due to run off and a couple of little streams that flow in. 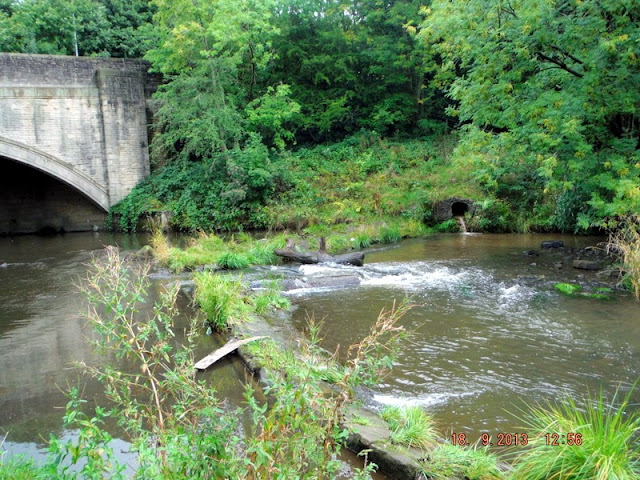 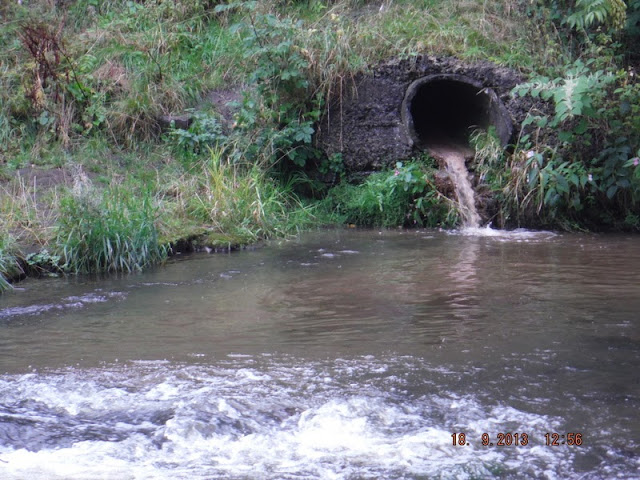 Not pleased to see the muddy run off coming from the pipe which brings water from the road into the brook.

Next Eagley Brook, in the valley, expected it to be muddy and high, but it wasn't bad at all, again couple of fish rising. Thought if these two are fishable perhaps the Irwell will be OK.

Bury Ground did not look to good but, not as high as I thought it would be, so decided it would be worth a trip up river to Ewood Bridge, and it was. So I tackled up and decided to fish dry fly, blue winged olive.

Missed one below the bridge and then sheltered from a very heavy shower before moving up to the motorway bridge. Caught this on before the bridge, nice fish, ok not that big. 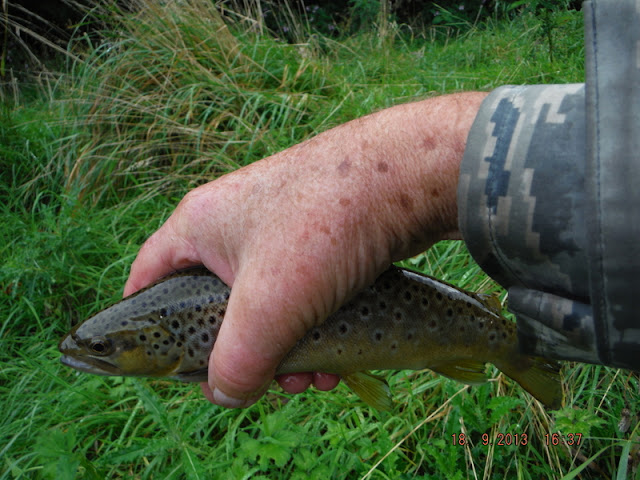 Moved up above the bridge caught this one and lost one at the net. 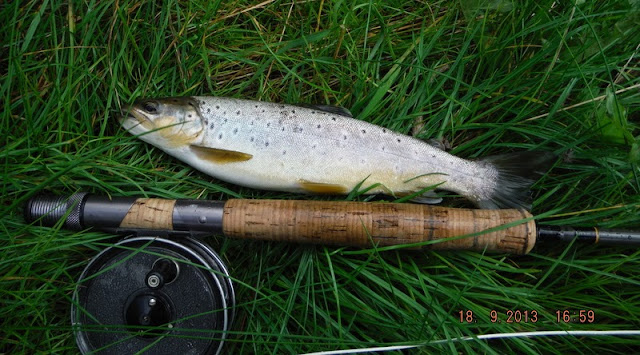 The rain was setting in and it was cold and windy so home for tea.

Posted by Flyfishing the Irwell and other streams at Wednesday, September 18, 2013