Decided that Salford was due a fish today, although the river is low there always seems to be enough water down there, and there was.

Fished with a nine foot rod floating line, it wasn't very deep, and a wooly bugger. Nothing doing so tied on a Copper John, glad I did. This 17 inch beauty was the result. 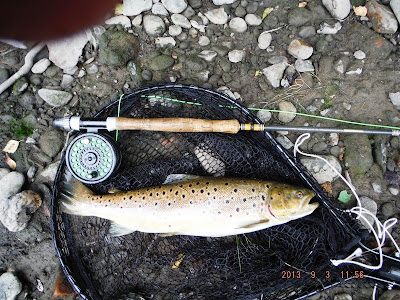 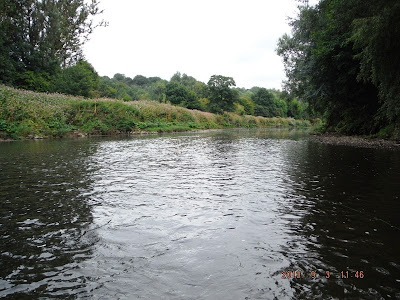 This is the stretch he came from.

Carried on fishing whilst moving down stream, good looking runs and riffles but no more fish until I got to this stretch. 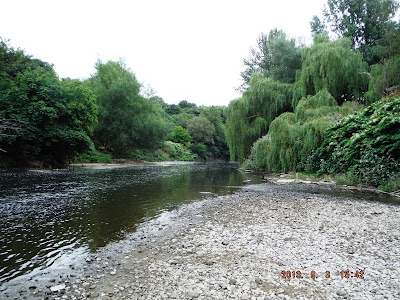 Not the best photo, doesn't do it justice, its the run off of a large glide and the river is a lot narrower and of course flows much faster. Anyway carried on with the copper john and caught this one not as big as the first one but still a nice fish. 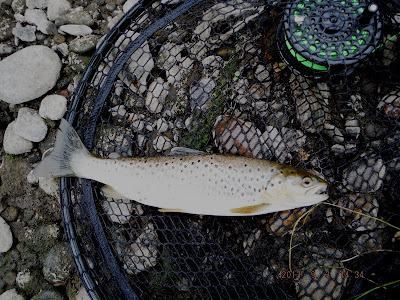 A fish took a fly  near the top of the riffle so I put on a B-WO and started to try and cover it. Was hard work as the river was coming through at a fair old trot. It wasn't rising very often so I was casting in hope. Nothing at first so I gave him a rest and tried a few yards down stream, then moved back up, this time he took with gusto. Much better fish than the one above. 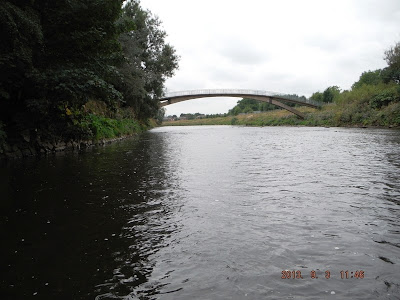 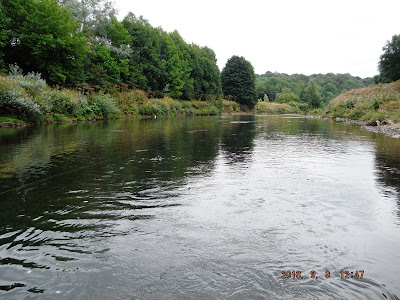 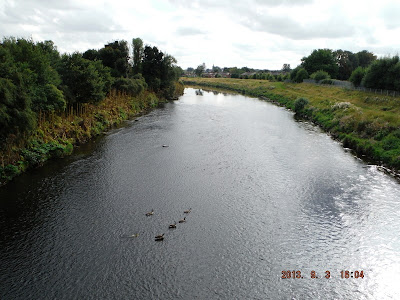 It looks pretty good and it is in many ways, but the photos hide a lot of rubbish that is in the river.
Posted by Flyfishing the Irwell and other streams at Tuesday, September 03, 2013