Didn't fancy going fishing this morning, but what to do if I didn't. No grass to cut, the hedge will not need trimming for a few weeks yet, thought about washing the car. What's up with me, get the car loaded and go fishing, glad I did.

Been thinking about the Douglas for the last few days so that's where I went. Parked on the A6 and walked down the path and over the railway line.
The Douglas is not very wide and the banks can be pretty high in places, lots of weed in the river already and lots of silt on the inside of the bends must be careful, at least the banks side growth has as yet not got under way. When it does it makes fishing from the bank almost impossible.

6'6" rod, floating line, gold head copper john. Sunny with a cold wind no fish rising, fished down stream from the footbridge. First small pool produced this one, excellent start for a change. 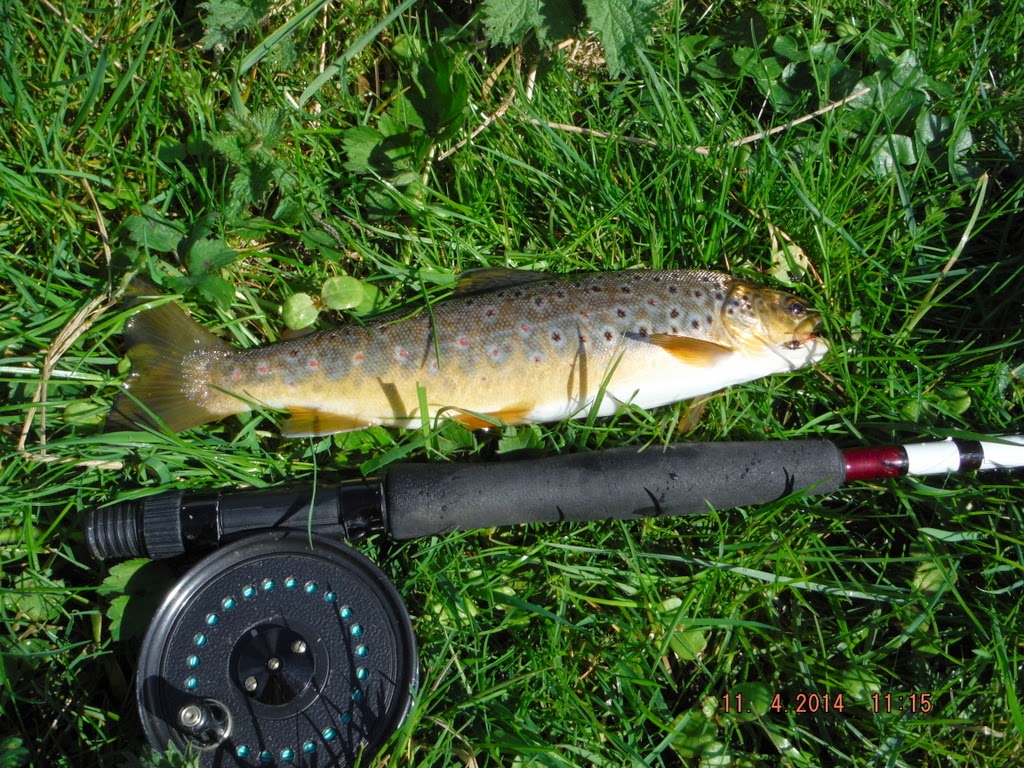 Moved down a little and into this one, could be a good day. 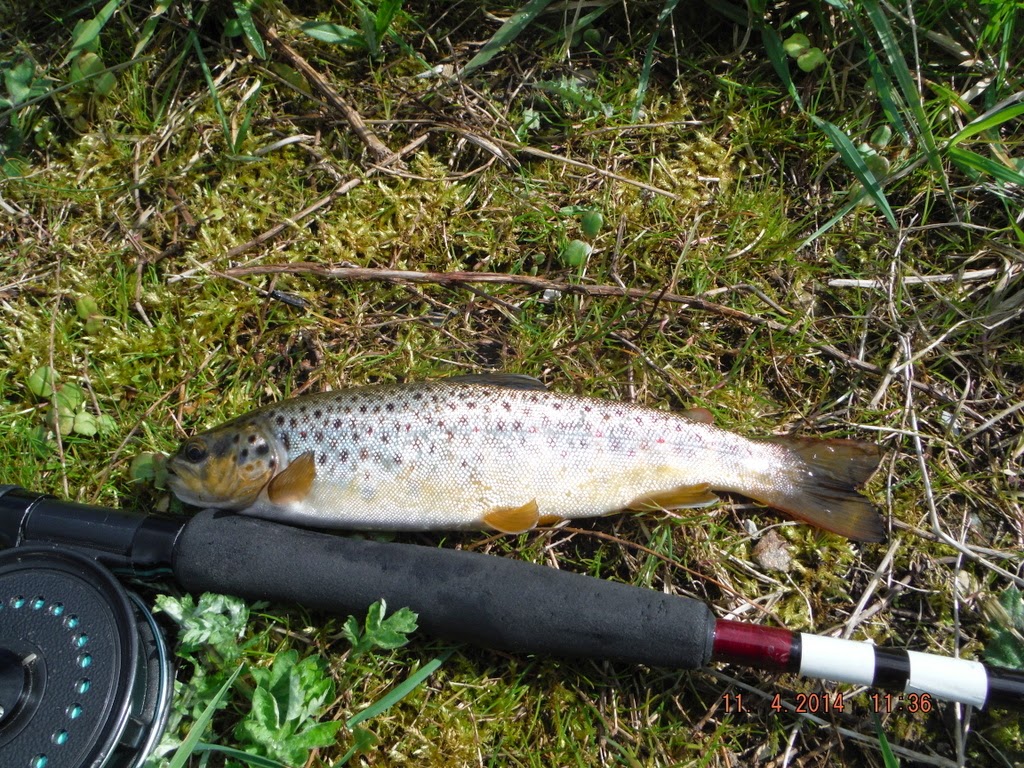 Got better with number three, really pleased I made the effort. 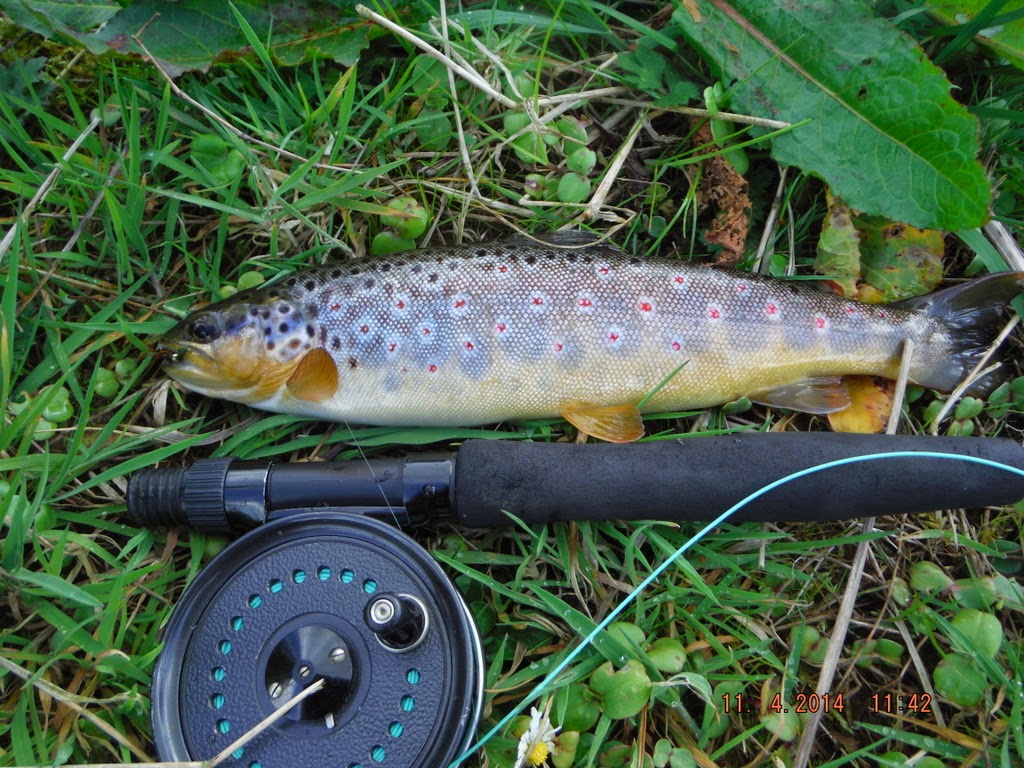 Missed a couple then netted this fish. 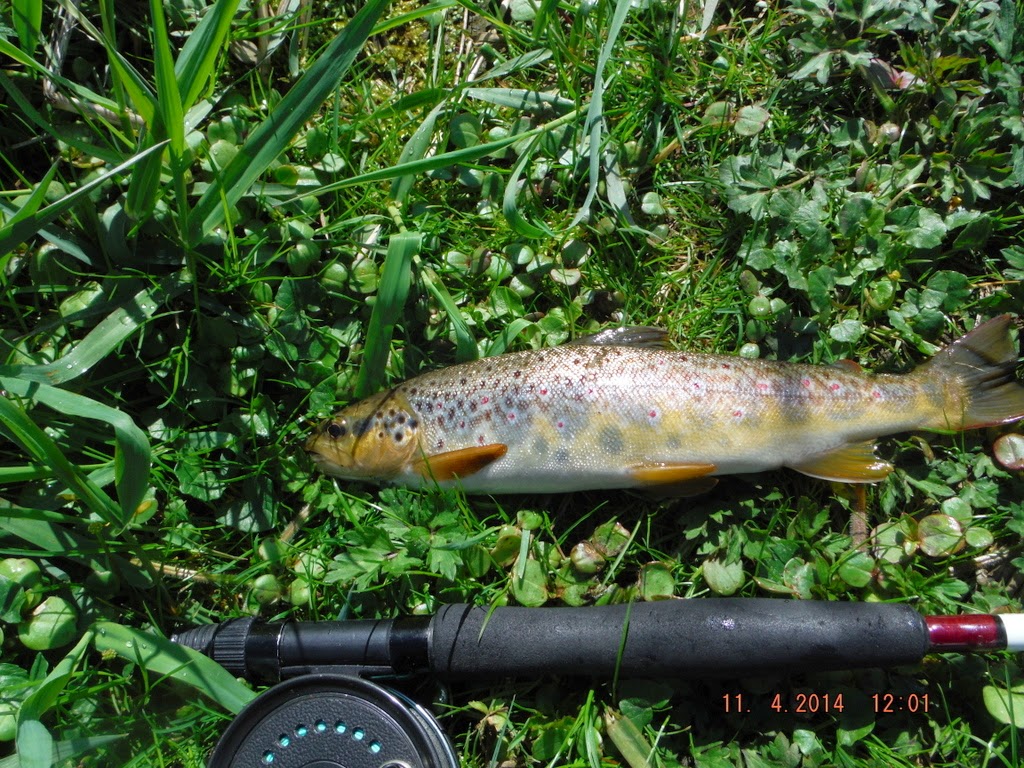 And then another nice fish. 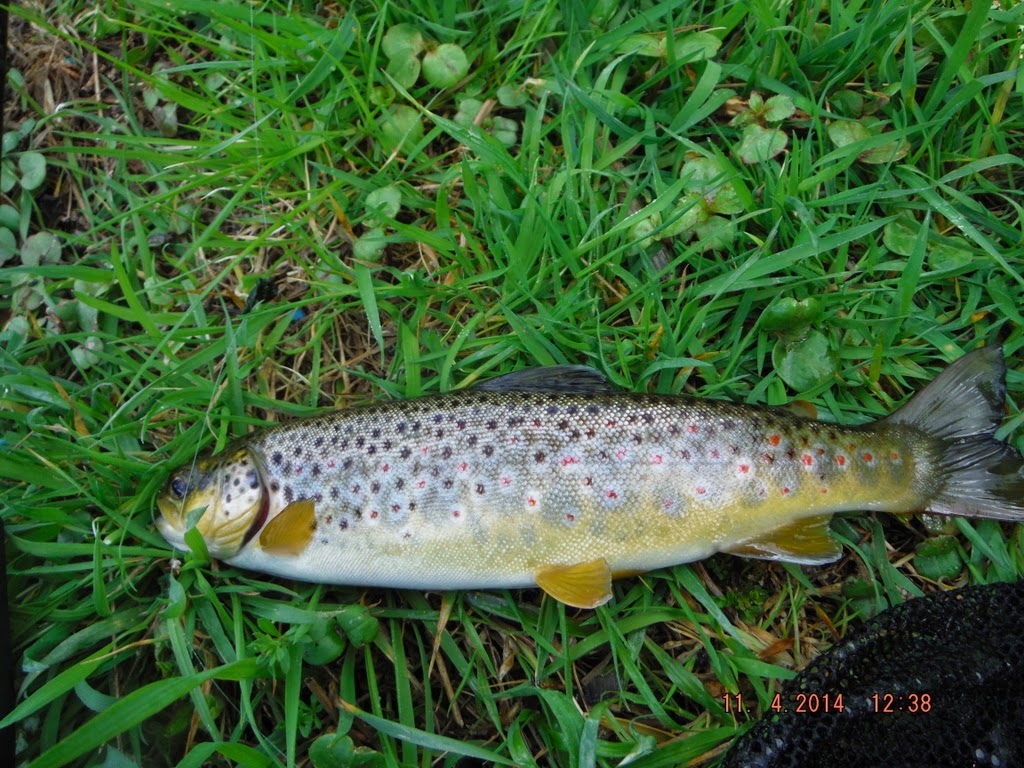 Had some small ones, then a little better one. 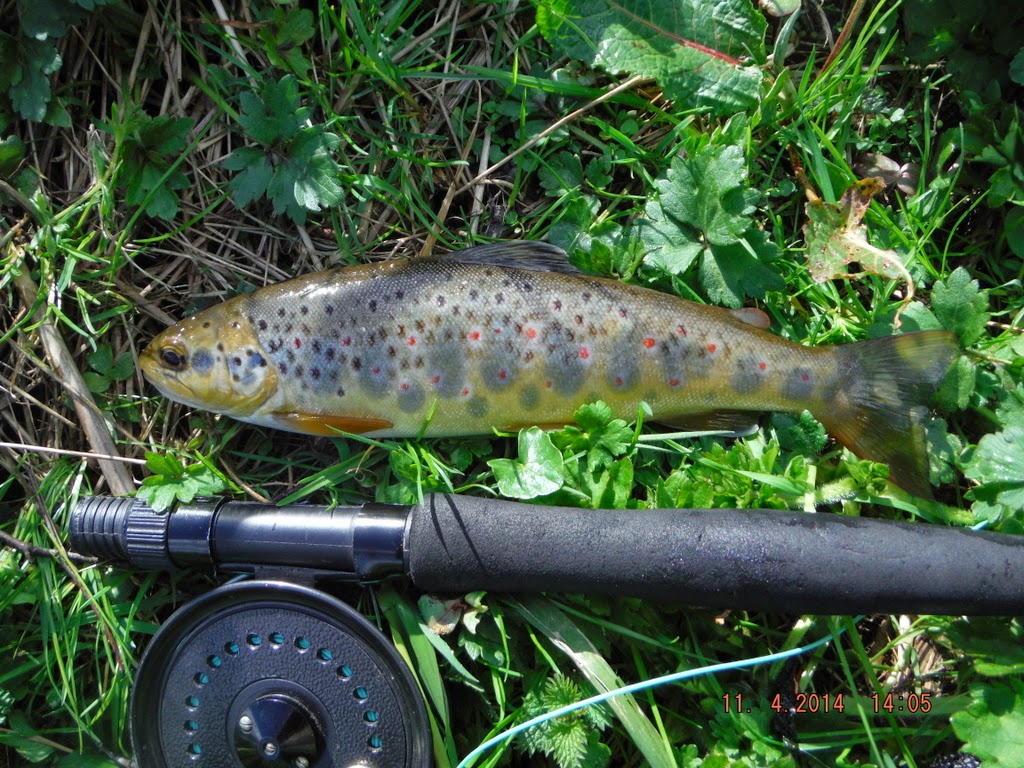 This is the fish recovering. 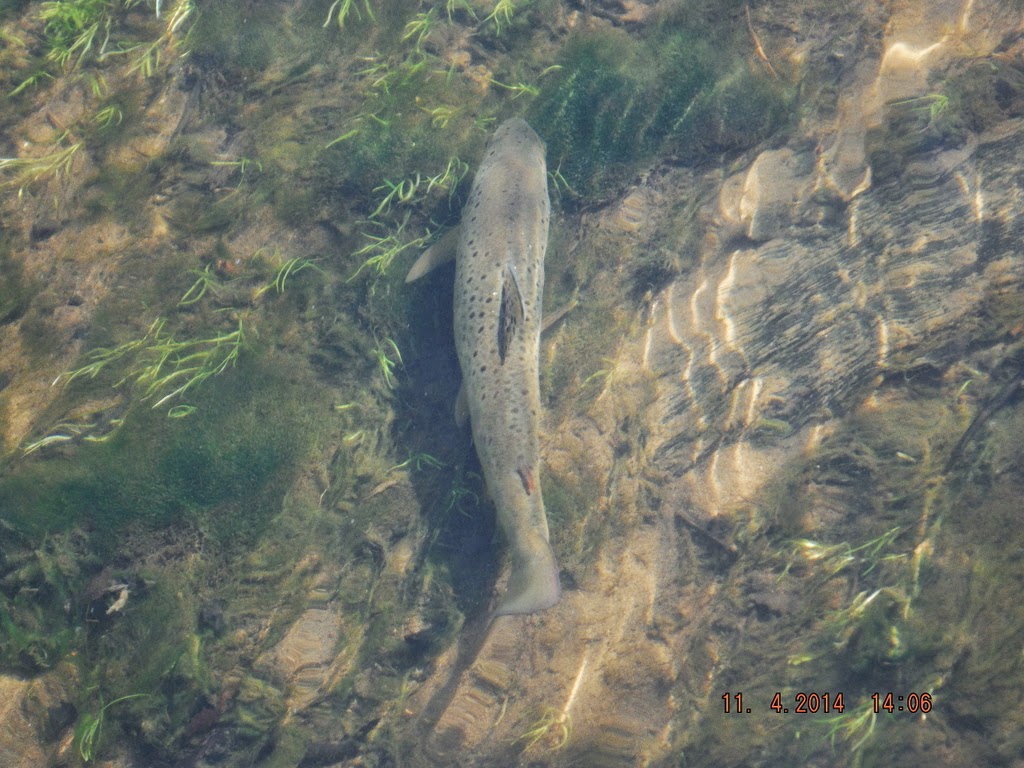 This one was some fun, one the way down stream I dropped the nymph into a deep pool from a high on the bank and watched a fish come up for it, of course I stuck to early and missed it. On the way back up I tried it again and caught this smaller one, I then had the problem of getting it to my net. Ended up having to jump in and then had the problem of getting out again. I am to old for these kind of tricks. 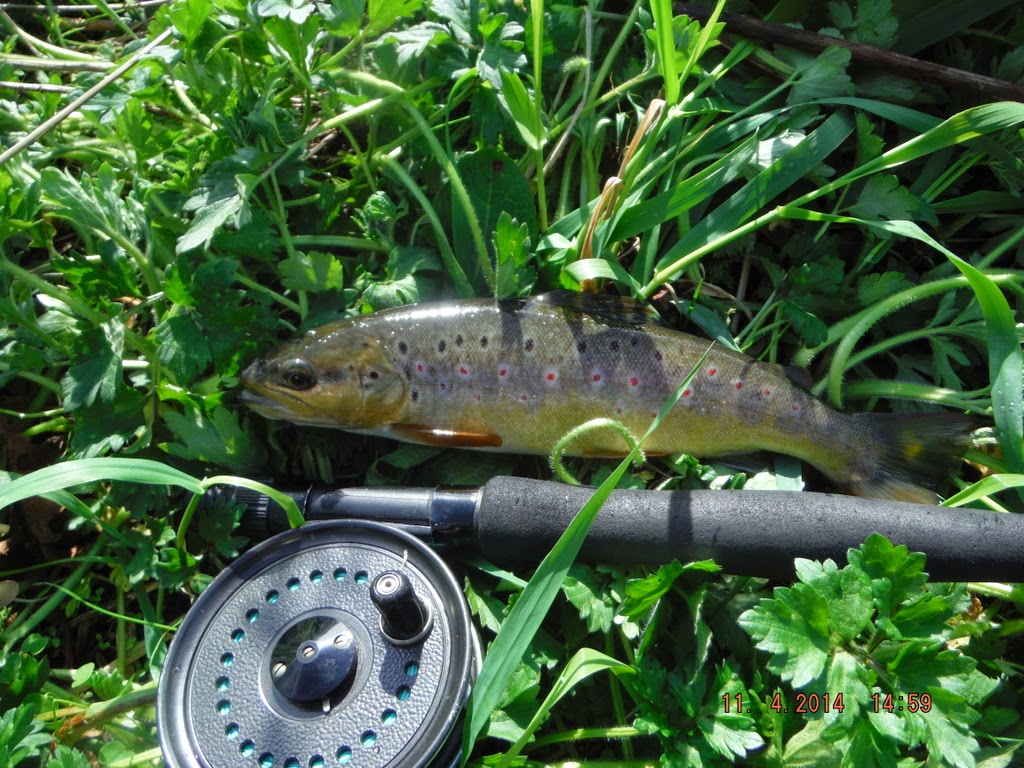 Although I caught some good fish I did have problems all day with a slimy dark green weed that I either got caught up in or had to clean off my nymph nearly ever cast. I suppose it's the price you pay for catching some fine fish.

The Douglas had to have some work done to stop it causing problems with the railway line. It was getting too close to the embankment. Don't know who planned the work but it seems to me they did a good job. Keeping the bends in the river and making it good for the fish, there are still banks that are being eroded which is natural and there is variable flow and depths through out the stretch. 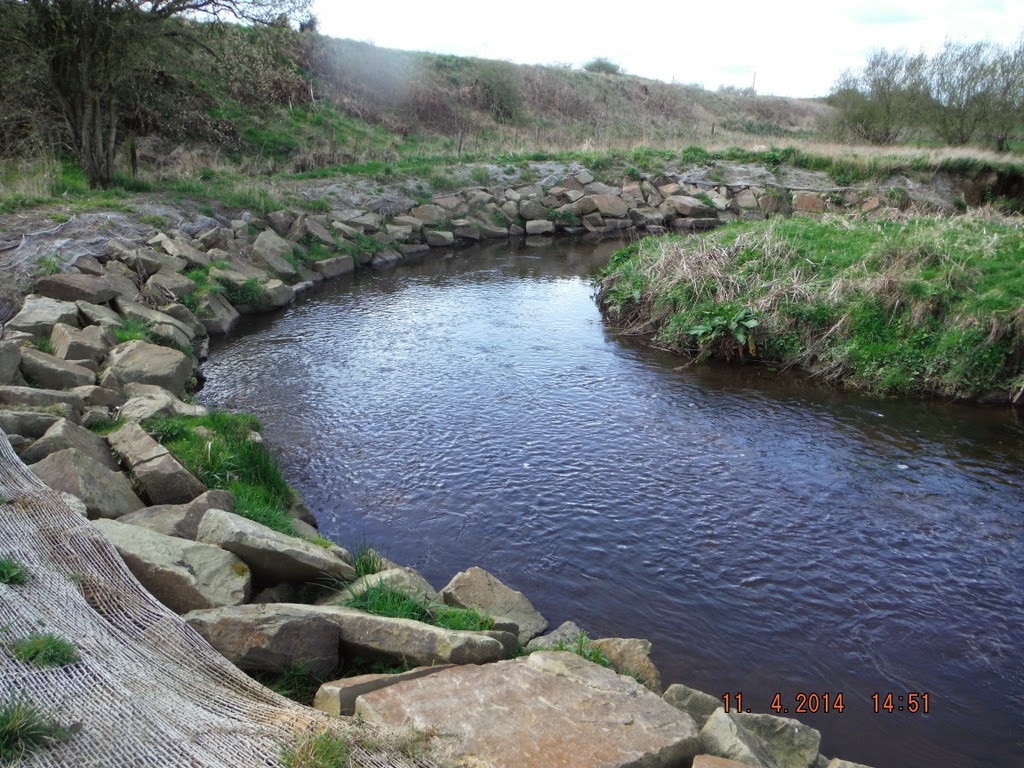 The bank on the left is the railway line. 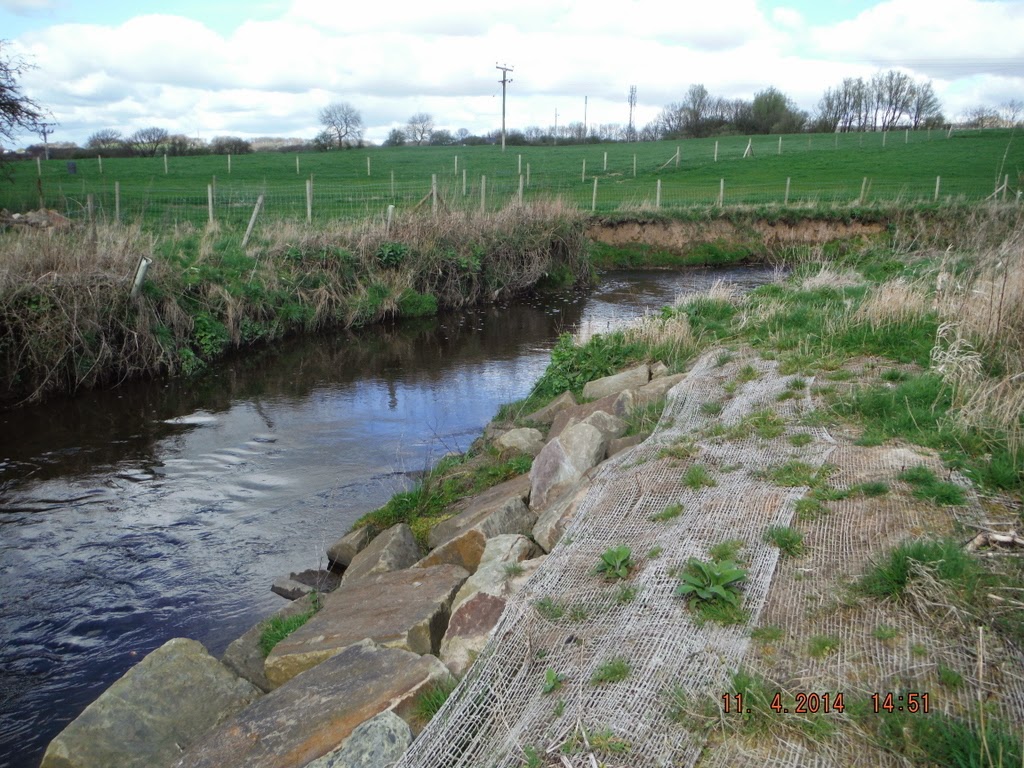 It is taking some time for the bank side to re-grow. 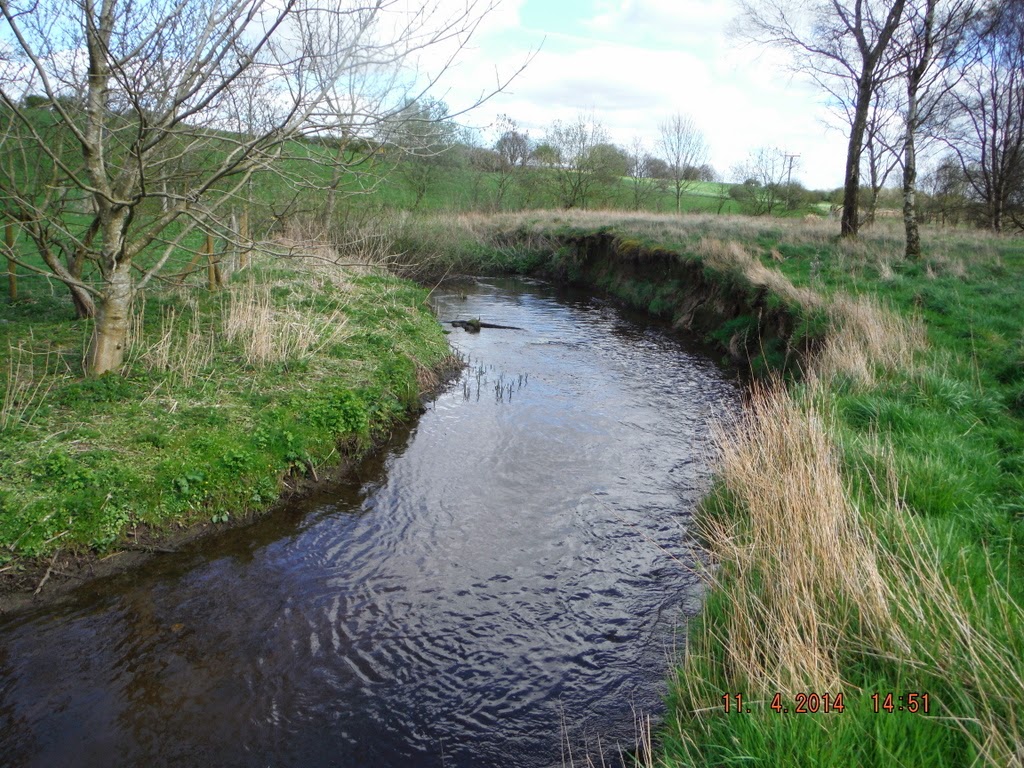 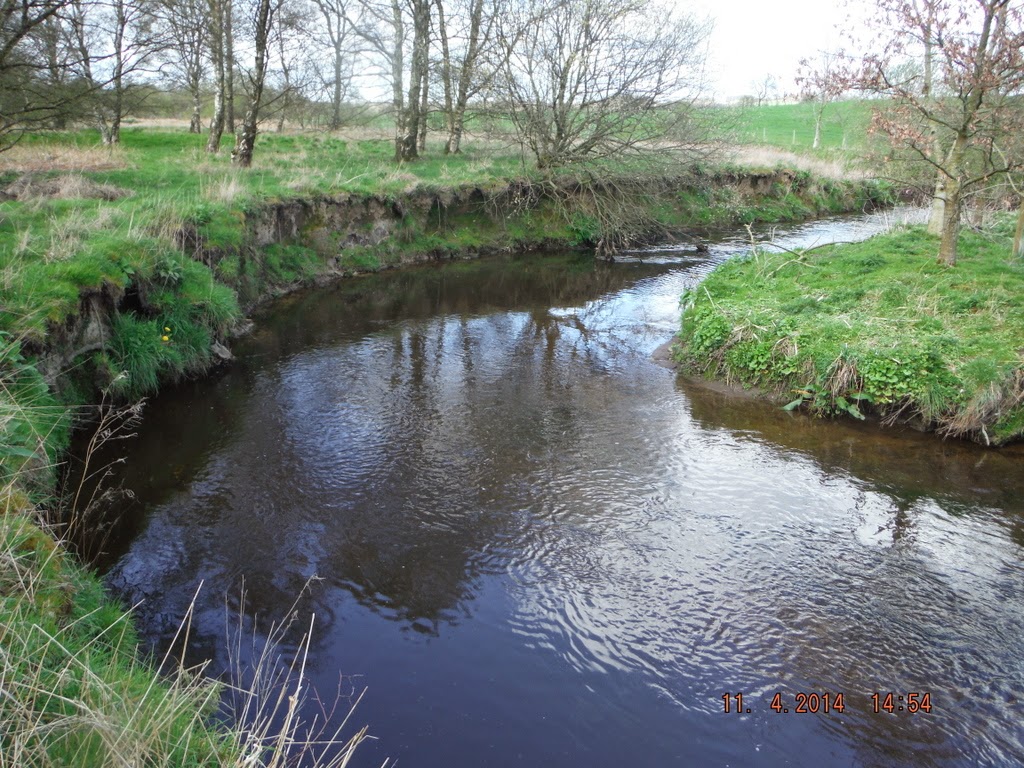 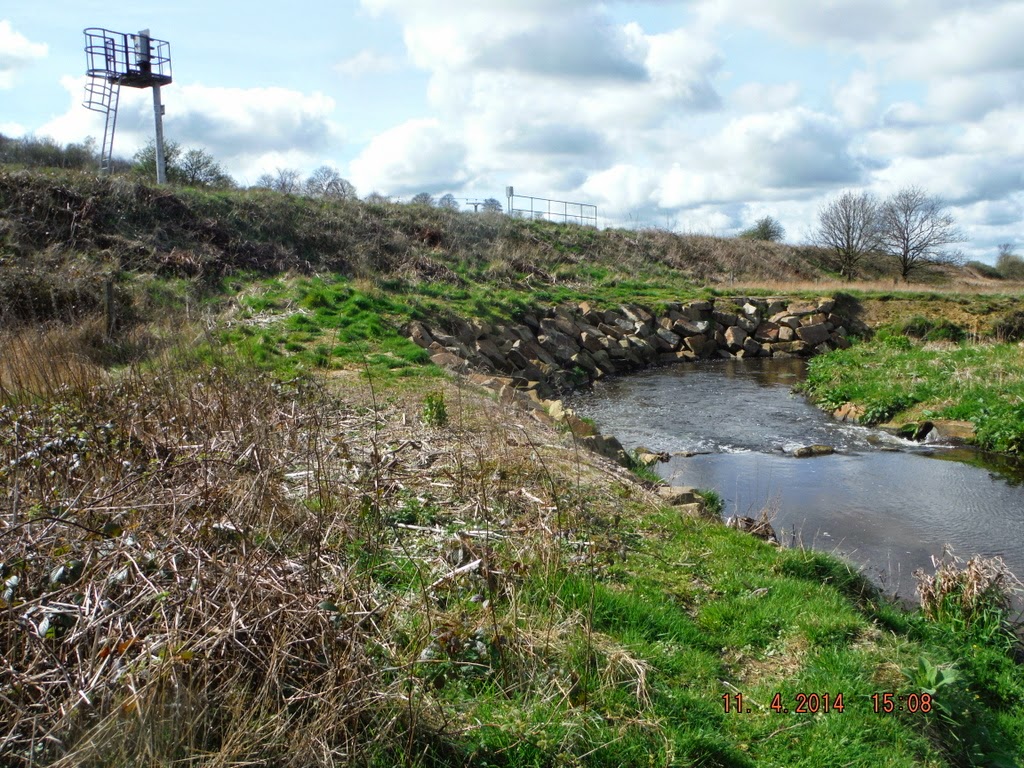 Caught one of the fish by the rock bank on the left. 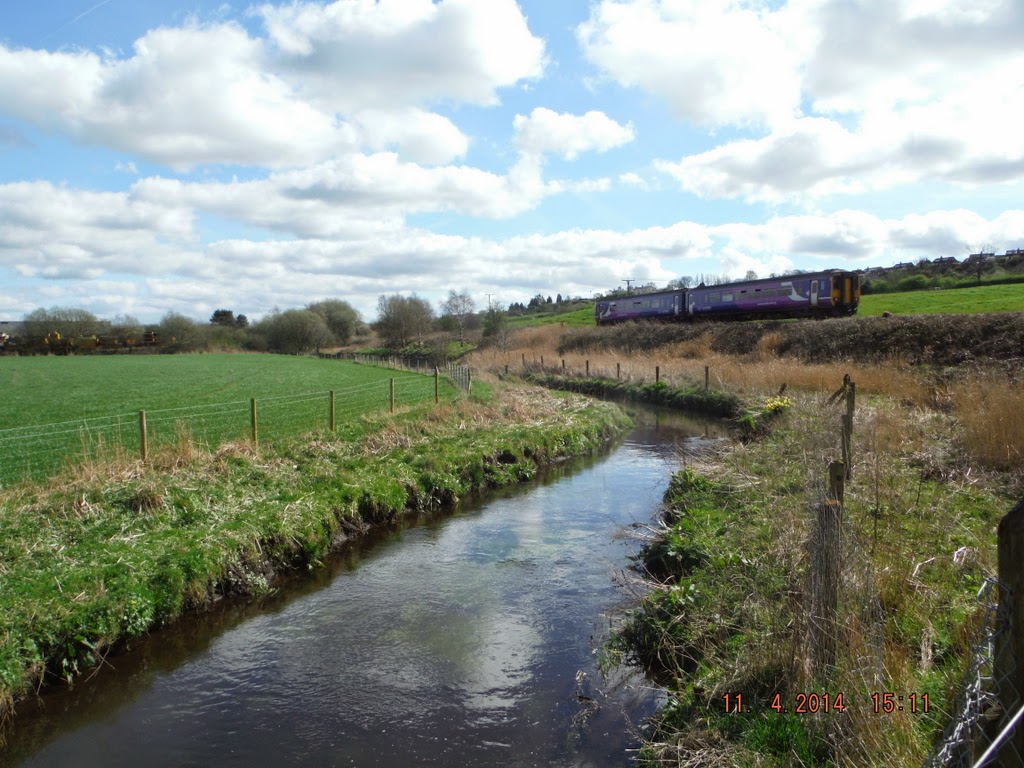 This is the top bit above the footbridge, fished dry fly, never caught a thing, nothing rising that's my excuse.


These are two of the more natural bits, caught a fish in both of them. 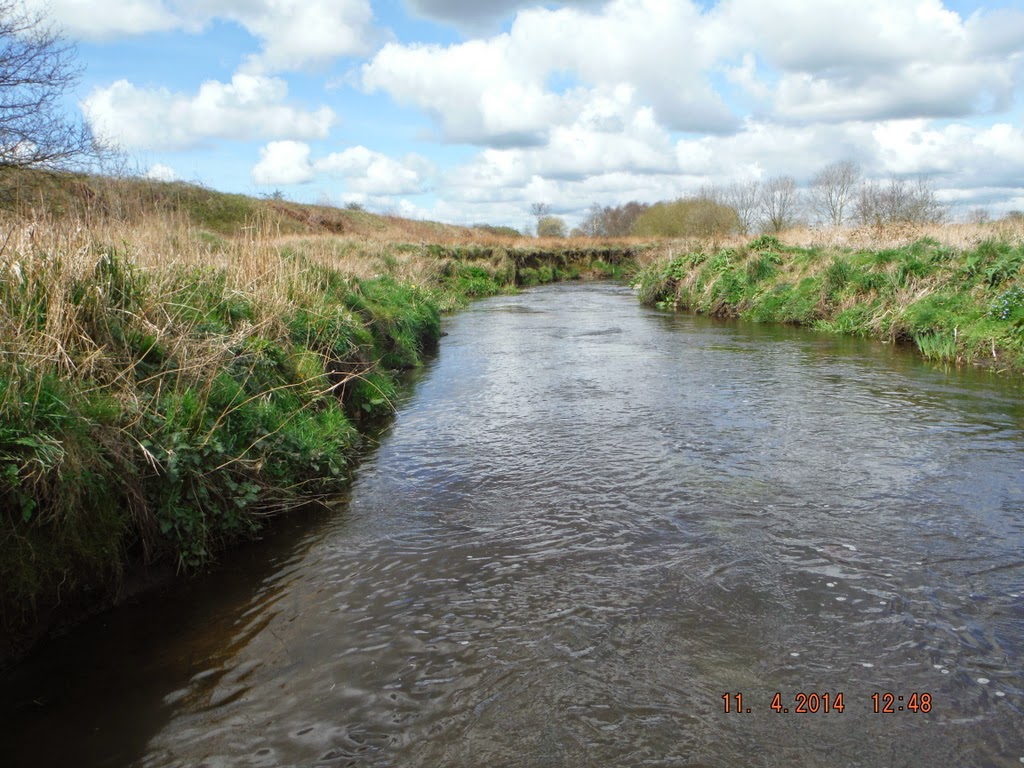 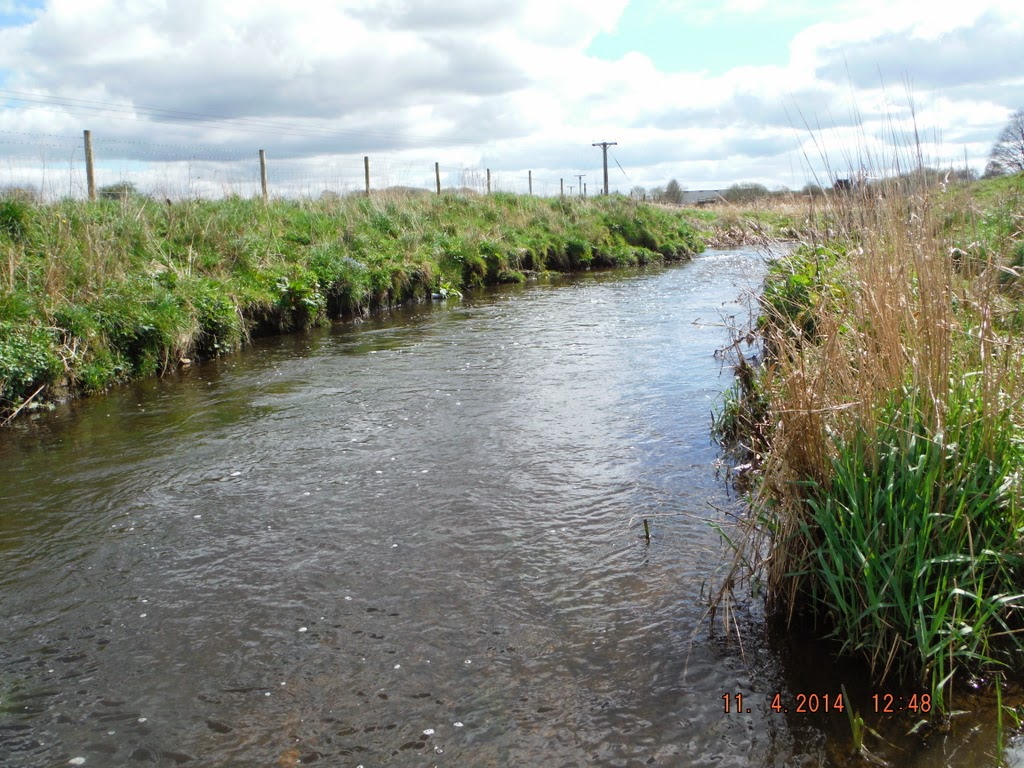 That's it for today.


Posted by Flyfishing the Irwell and other streams at Friday, April 11, 2014