The last two mornings have been spent cutting my privet hedge, two thirds done. Was going to finish it tomorrow but the rain has come and is set to stay until tomorrow. I will just have to be content with going fishing instead.

I did have short trip to Bradshaw Brook yesterday, not very enjoyable, dogs in the brook again. 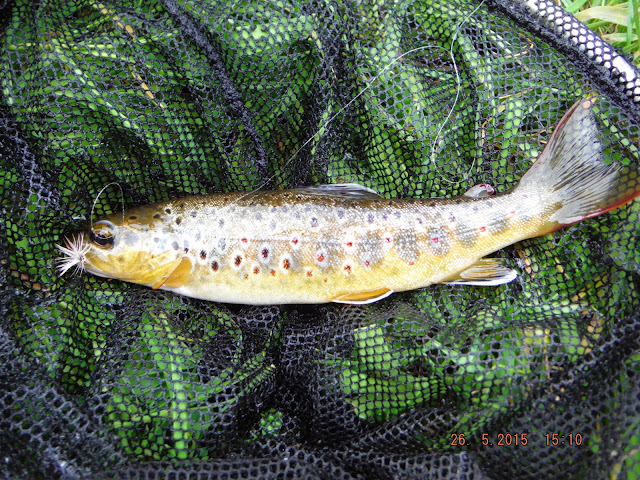 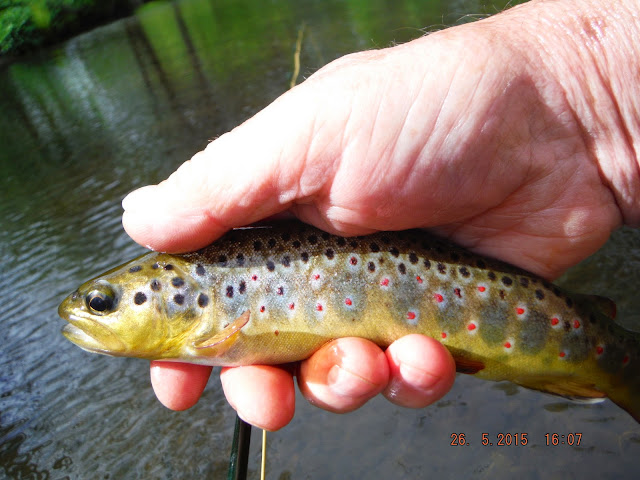 Today I went to the Tonge, which started very frustrating. The Giant Hog Weed has gone mad  and the Japanese Knot weed also. 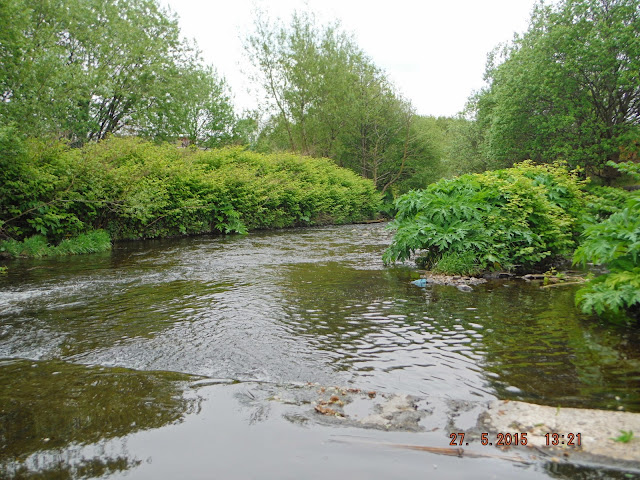 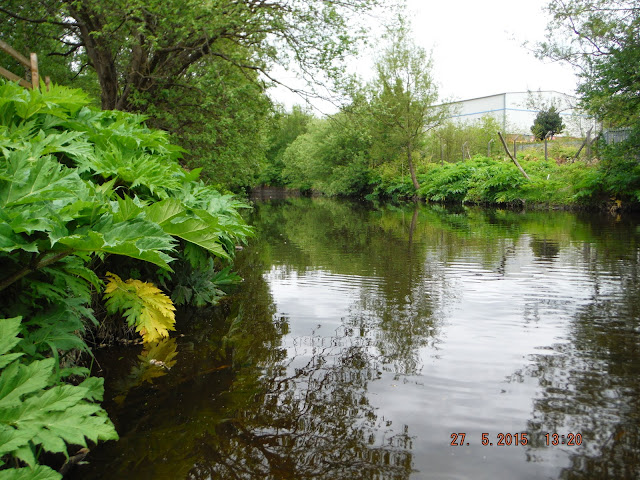 But that was not what was frustrating me, up by the tree on the right what looked like at least a dozen fish were rising. No sign of what they were taking and after five different flies I still had no idea. I did manage to get one or two to come and look at my offerings, but nothing took until I tried Hares Ear dry and I had a take first cast. 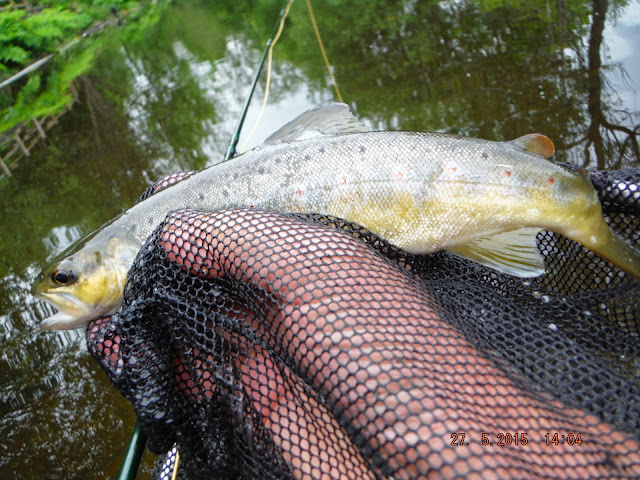 First fish of the day, thought problem solved but not so fish still rising but nothing else would take. Moved up stream. 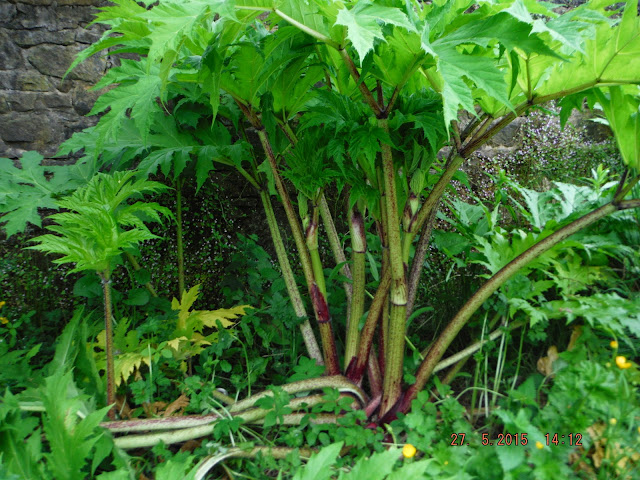 The Hog Weed is really thriving. 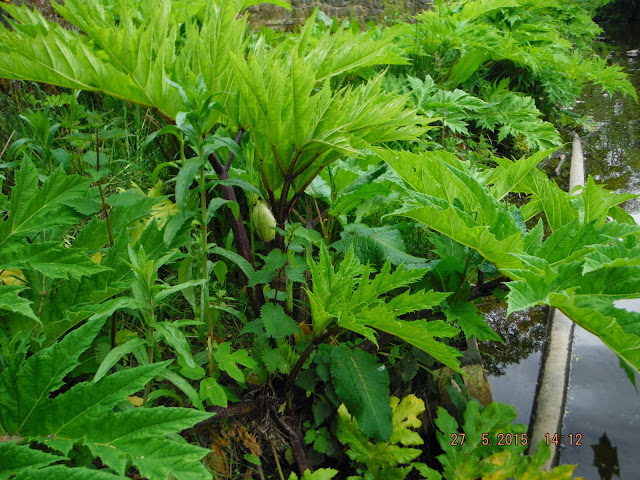 The seed heads are about to open any day now, I have not seen any this far advanced on the Irwell.` 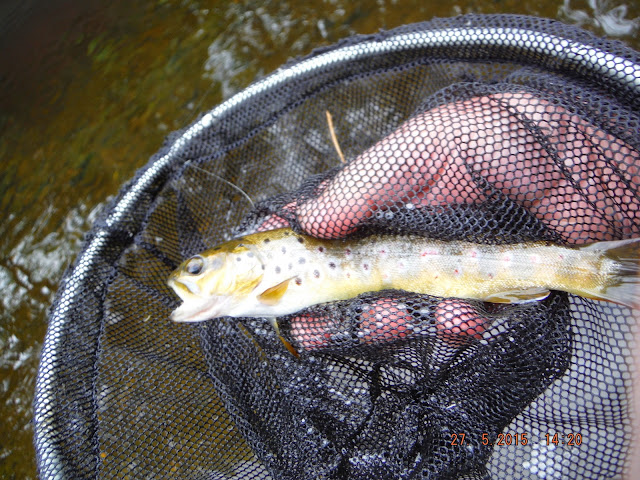 Caught another on the same flies, a little happier but still only getting the odd fish.

Tried a spot of deep fast water under tree cover and was into a good fish. 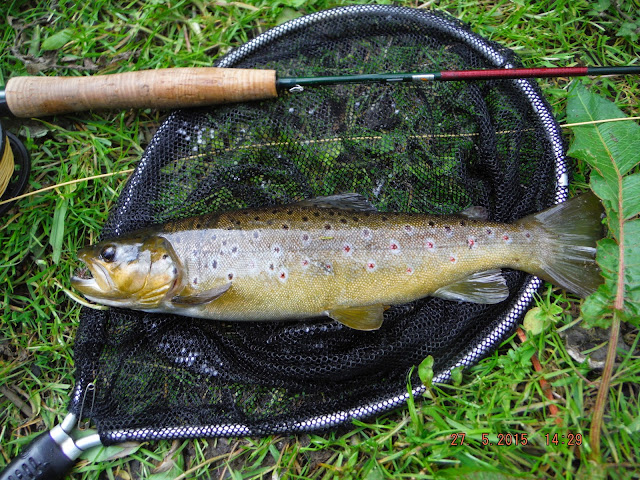 In fact I don't think I have had much better than this one from the Tonge. 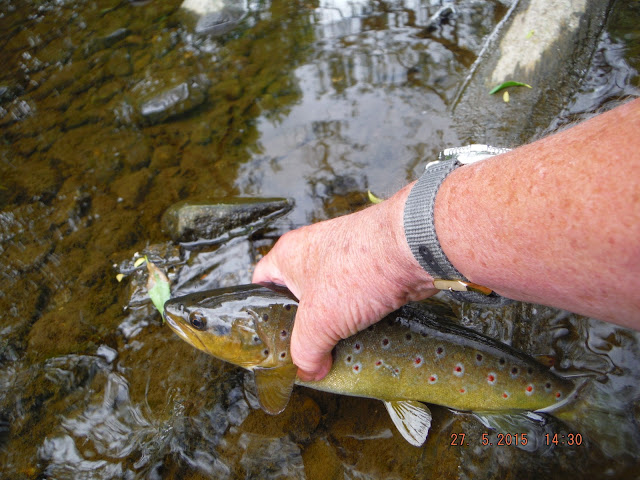 Got it back in the river as quick as I could, I know were it is now I will see it again next year.

I was going to continue on up stream but a family of Canada Geese were moving up in front of me and we were getting near to a large weir which would cause a problem for the little ones, and there is no where that I could get passed them without causing panic.

Got out of the water and walked down stream, which was not easy as the path is lined with Hog Weed and in places I could not see the path, yes I did take care not to get the Hog Weed on my skin. 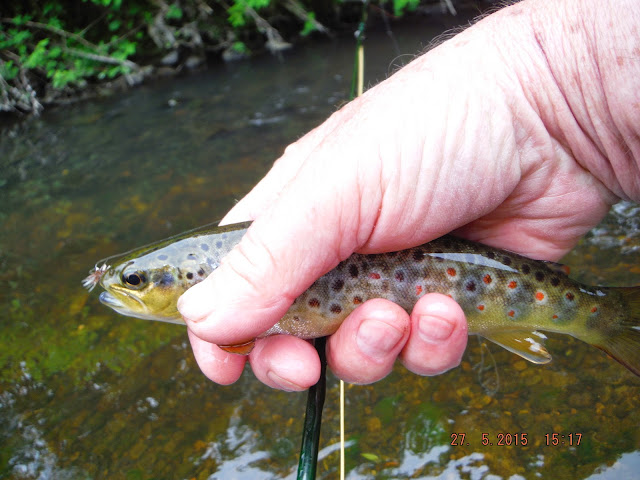 Had a few others but nothing of much size. 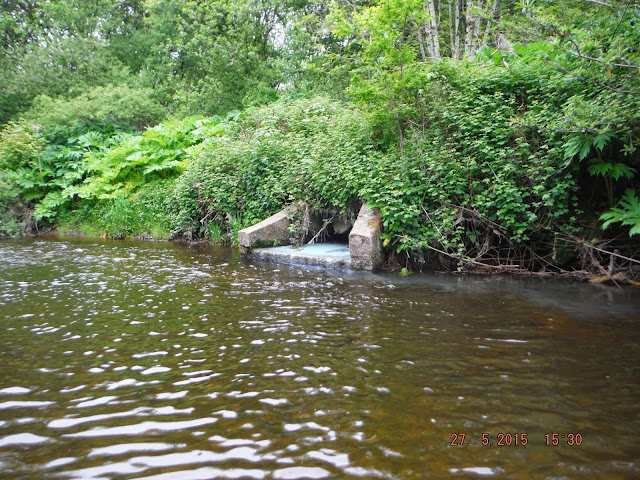 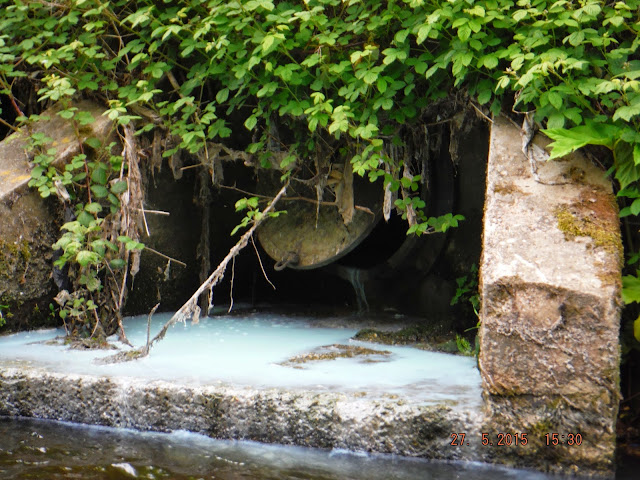 This outlet is one of many that still put stuff into our rivers.

It started to rain so I walked back to the car, glad I did as it came on heavy. I was not dressed for rain I only had  a waistcoat and a cap, no weathers.

It's put down a good bit of rain with more forecast over night, just what the Irwell needs.

Posted by Flyfishing the Irwell and other streams at Wednesday, May 27, 2015