The forecast was for heavy rain after lunch not that put me off. Went first to Mount Sion Road in Radcliffe hoping that the work on the footbridge would be finished.. It was not, another month I was told, which is the same as I was told six weeks ago. Will check again next month.

Next stop Ladyshore, if you have read some of last years blogs, you will know that I visit Ladyshore more in hope than in expectation. As always the river here was looking good, plenty of water and clear.

Fished a goldhead pheasant tail nymph on my ten foot rod, started at the broken weir. After a dozen or so casts had a gentle take about 20 yards down river. Struck and started to reel it in, not much resistance until it got to about 10 yards from me when all movement stopped. I tried changing the angle of pressure to get it to move, didn't help. Thought it had snagged me on some of the rubbish in the river. Tried to wade to the problem but it was too deep, so I gave it some line and waited. The fish started to move again, still didn't feel like a very big fish.
At last I got sight of it and it was a good fish but not that big, it knew how to use the current though and at last into the net. 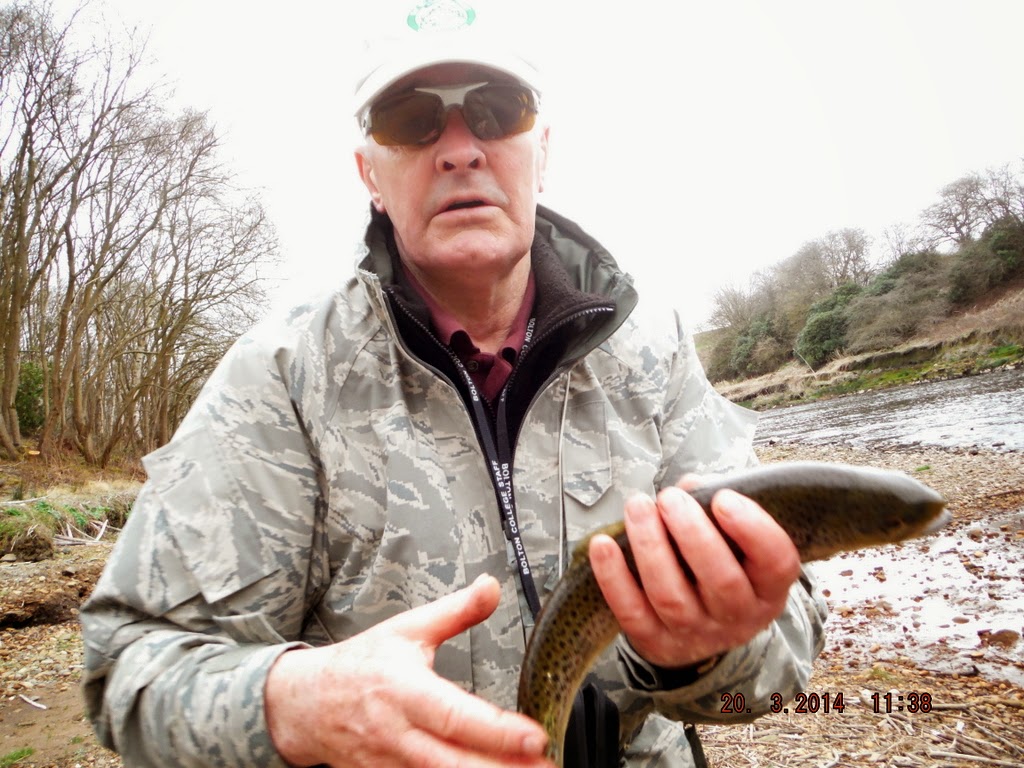 Far from the best photo of me, though I am an old fart as you can see.

This was my first attempt with a new wading stick that has a screw for my camera on the top. It fell over twice before I managed to get this very poor snap. I just wanted to get the fish back in the water before it came to harm. 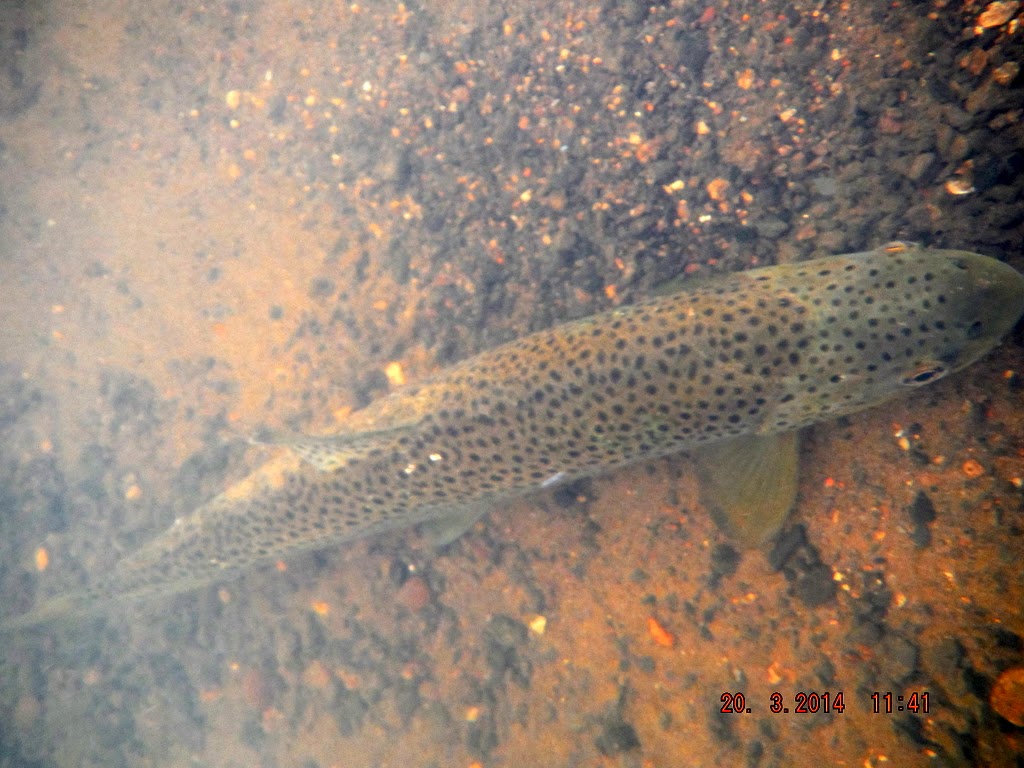 This is it resting,
picture taken under water with my waterproof camera. Trout are beautiful fish are they not.

That was it not another fish to be had, the usual at Ladybridge for me that is. The only time I can remember catching more than one fish their was when I caught two oos trout whilst spinning for pike.

The rain started as forecast at about half past one so I legged it. Glad I did has it came down very heavy soon after.
Posted by Flyfishing the Irwell and other streams at Thursday, March 20, 2014