The forecast was for sunshine and showers. Went and fished the River Tonge. I used to call it Eagley Brook but it seems that when Eagley and Astley Brooks meet in the valley the result is the Tonge. Anyway I fished between the showers, same tackle as yesterday, river a little murky but not too high.

The path up the river has been improved since last season, about time too, and there is a new wooden fence to stop you falling into the river, which meant that I couldn't get into the lower end of the river where I used to, but, can still get to the river over the footbridge. Walked up passed the two weirs to start fishing, stopped and sheltered from the rain a couple of time on the way.

Above the second weir could see fish rising, got into the river and cast to a rise third cast got me the one below. 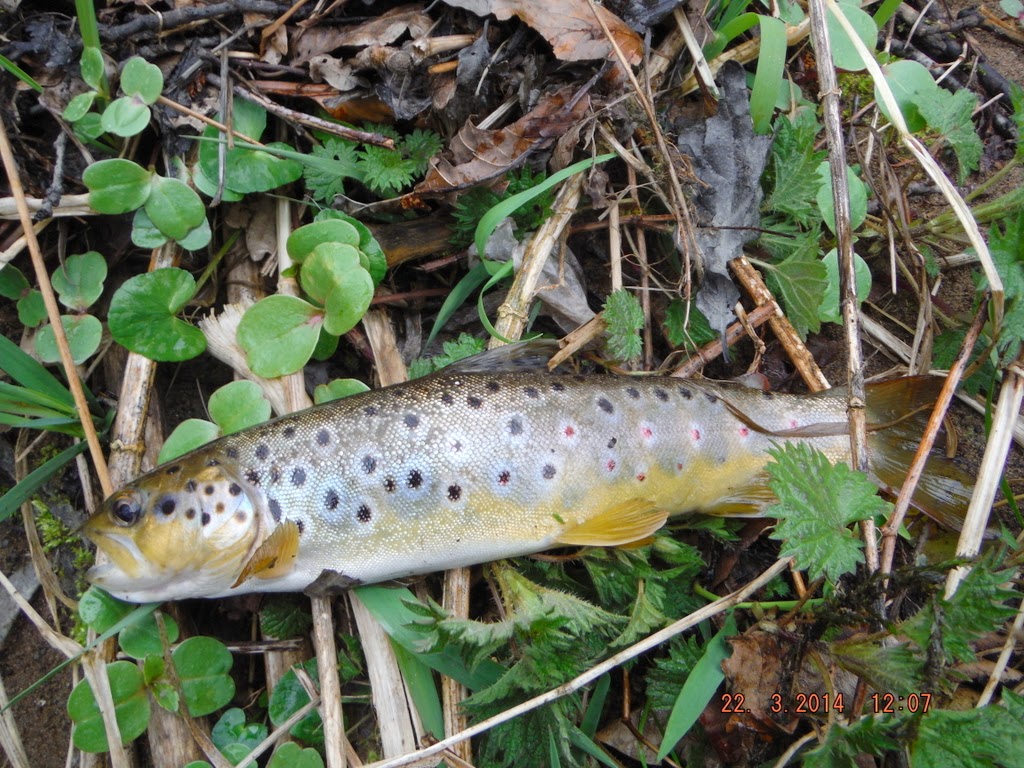 Cast to another rise and a fish took again. 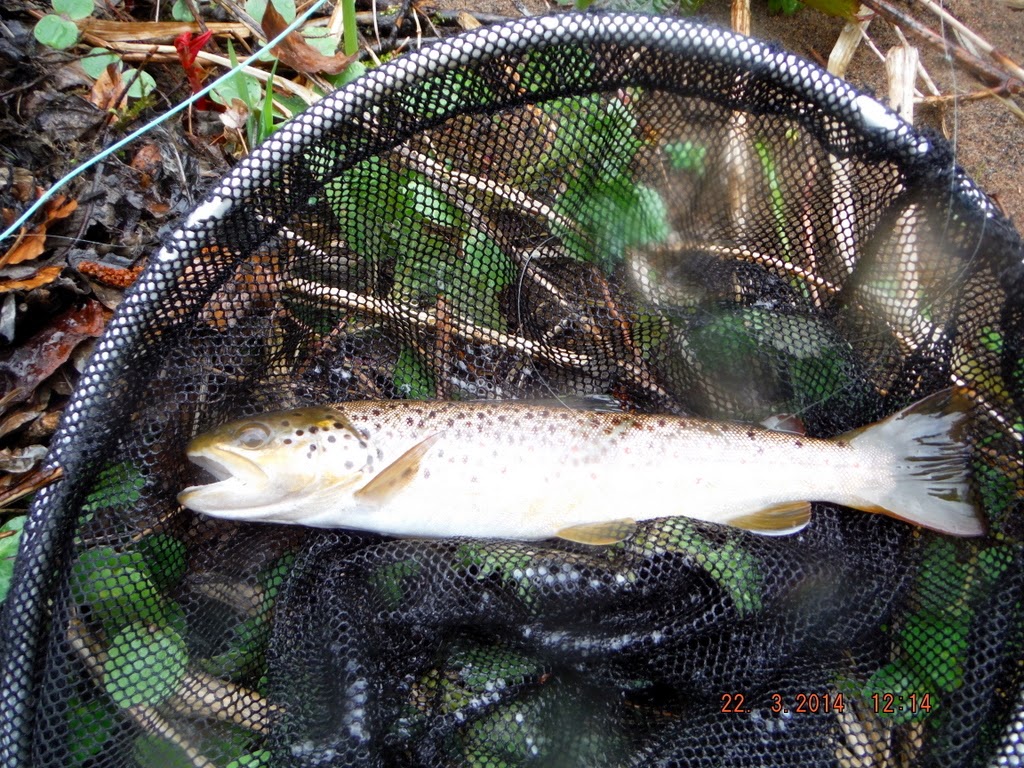 Thought, I'm onto a good day here, then put the fly into the trees, when I had another fly on the rain was becoming very unpleasant. By the time I got to some shelter the hail was bouncing off me.
The rain and hail eased after a while, back to my spot, before I could get set the rain was bouncing again and didn't look like it was going to stop for quite sometime, back to the car and home.

OH, DID I MENTION THAT IT WAS FREEZING COLD AS WELL.
Posted by Flyfishing the Irwell and other streams at Saturday, March 22, 2014