After last nights rain I wasn't expecting to find a river that was fish able, checked the EA river levels, not as high as I thought they would be.
As the forecast was for showers I decide not to travel to far, but check out Bradshaw Brook and the Tonge where they meet at Leverhulme Park. Both were up and muddy, though not too bad.
Spoke to a chap who was packing up he told me he had a good trout on a Klinkhammer below the road bridge. Had a chat about joining Salford Friendly he said he would.

Decided to go to the Valley and fish Eagley Brook down from Hall i' th' Wood and behind the new flats.  Parked by the cinema and fished dry fly, nothing rising and no takes. Changed to a Nymph and started off down stream.
The nymph I put on came to me last week when I went to visit my older brother, he used to fish for salmon and trout but he is in his eighties and not able to fish anymore. Anyway, he gave me a box of flies, mostly salmon flies and some big streamers, but in the box there was also a few nymphs. Mostly nothing like what I use, anyway one of them was hairy black and red lump. As the stream was murky I though I would give it a try.
Had two takes and missed then both, had a good look at the nymph, which left very little if the hook showing, so I gave it a trim. The next take stayed on, nice fish no photo as I was in the middle of the stream. Had another three before I got to the road bridge, this was the last one. 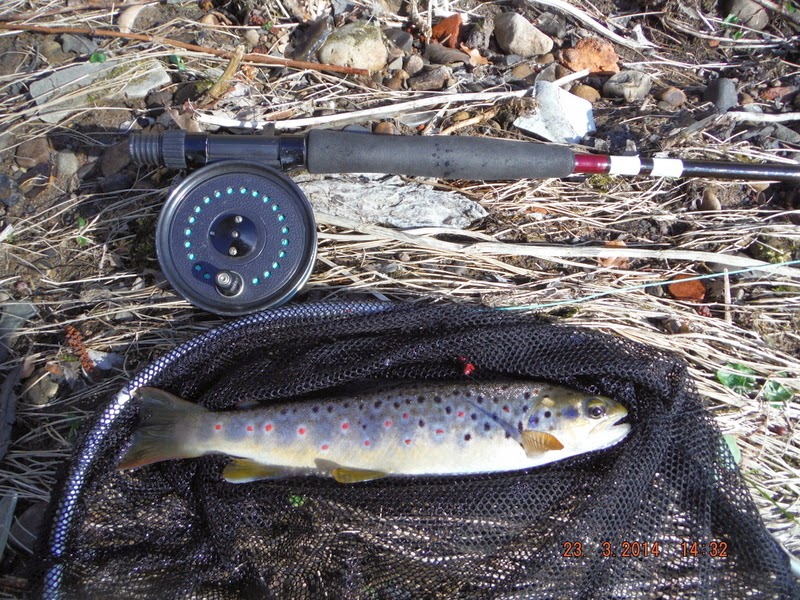 Moved on down behind the flats, not been there for over a year, had a couple more, still in the middle of the stream so no photos again.

Like the Irwell, Eagley Brook has lots of sewer over flows, in the half mile that I fished was the following. 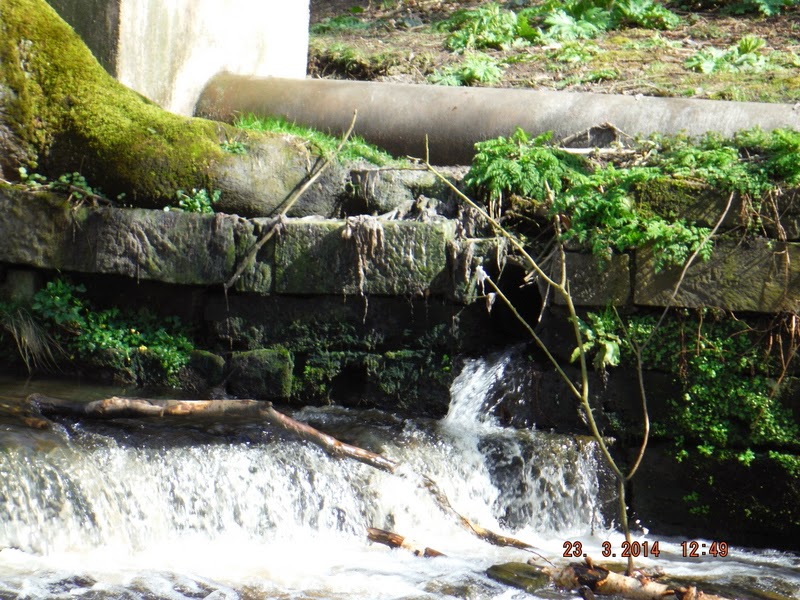 Running clear at the moment but not always, the muck above the pipe comes from this below. 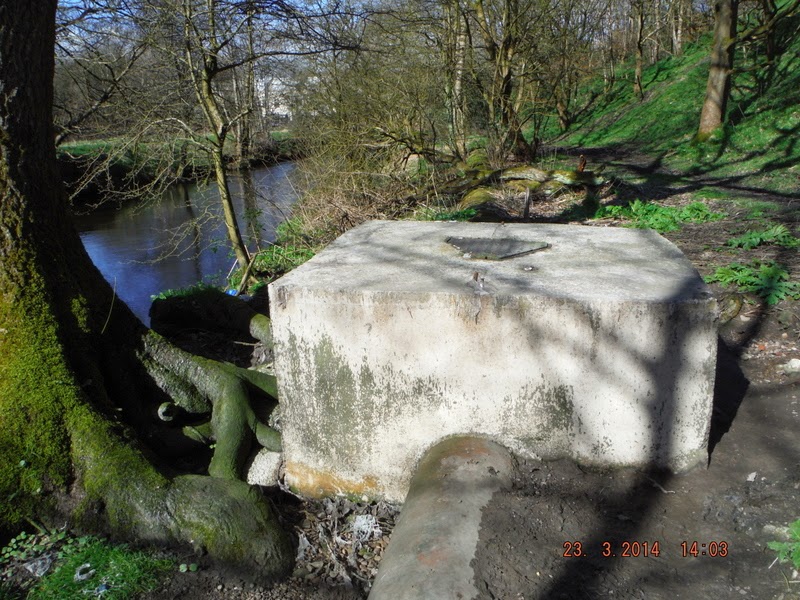 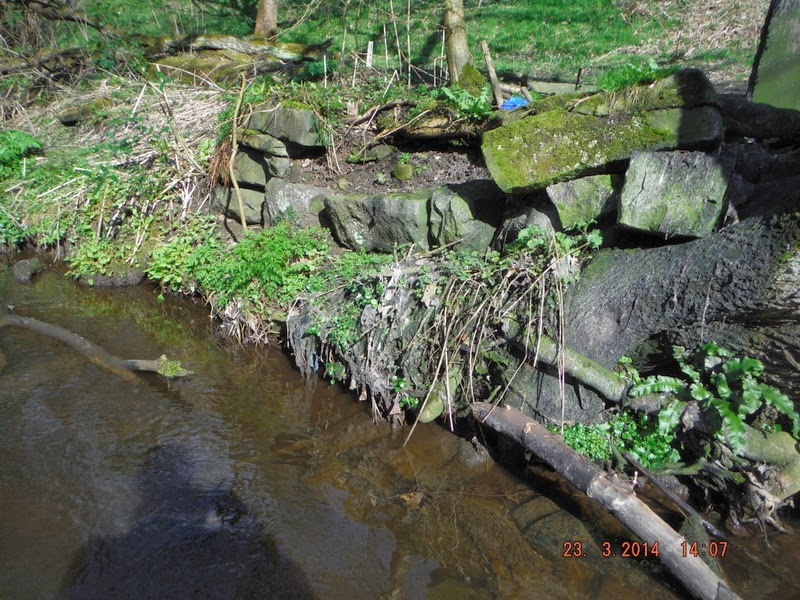 When the pipe is full it lifts the man hole cover and sewage goes into the stream not very nice. 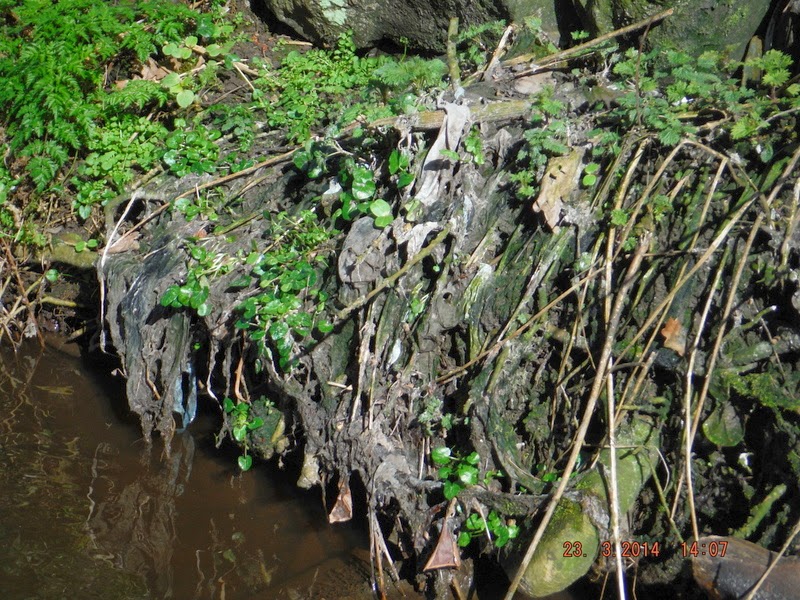 Farther down stream is also this one. 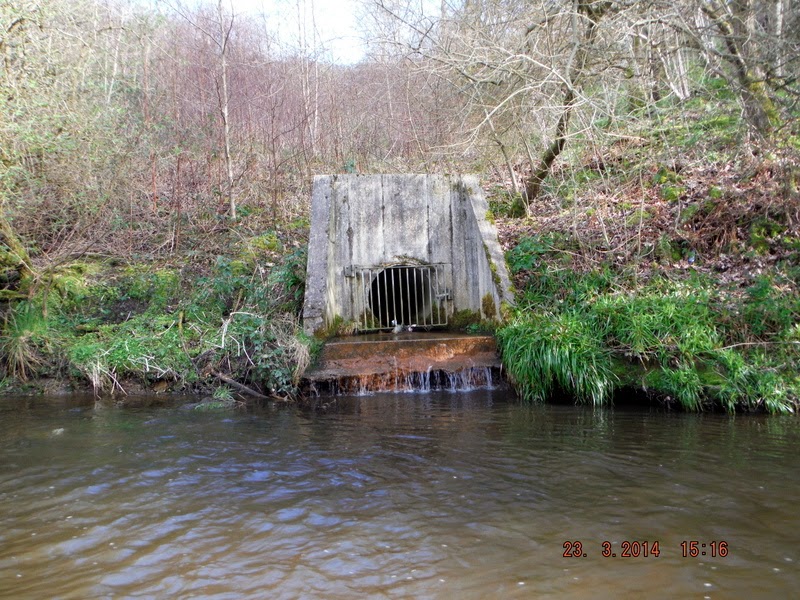 Along with the sewer overflows there are also several surface water outlets into the stream. 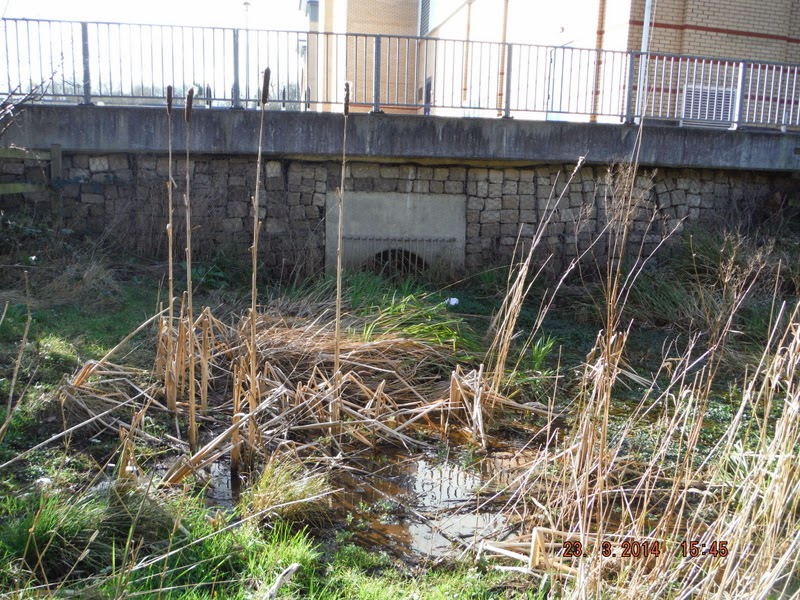 This one next to the cinema has a sign that says "Outlet" not sure what comes out of it.

Posted by Flyfishing the Irwell and other streams at Sunday, March 23, 2014