Thunder, Lightening and heavy rain last night. Checked river levels on the Environment Agency  and they were all well up from yesterdays levels.

As Bradshaw Brooks flow at is partly controlled by Jumbles reservoir, and close by to my home, went to have a look. It was quite a bit up, Jumbles must be over flowing, but still fishable. There was not much colour in the water but it was fast flowing. Fished the top end above the cricket club. 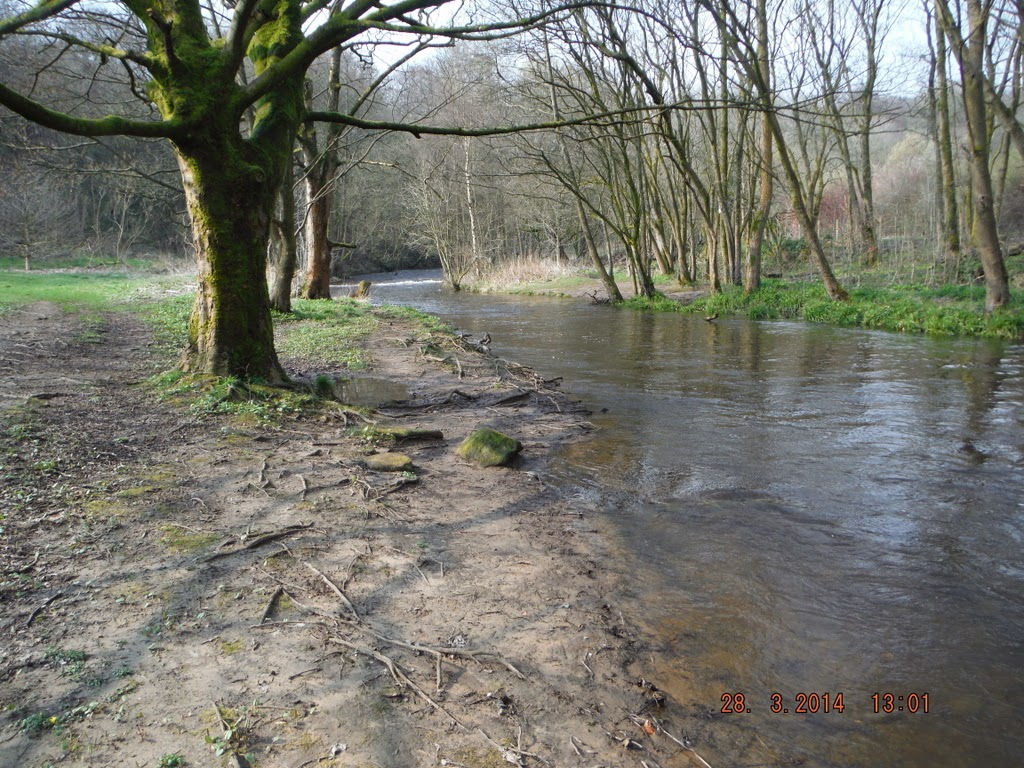 Doesn't look so bad in the pictures but that is high for the Bradshaw.

No chance of dry fly had to be nymph again, 6'6" rod and a big hairy colourful weighted nymph from my brothers box of old flies. Did not last long before it got snagged on the bottom, hope it likes it down there.

Replaced the tippet and put on two nymphs, the red hairy thing from the other day and one of the ones that Dave Reay gave me yesterday. I fished up across and down, basically any way that I could get them to sink. Had one or two snatches and hooked and lost two others before I landed my first, on Dave Reay fly, thanks Dave the little nymph with the pinkie head. Not very big but at least it's a fish. 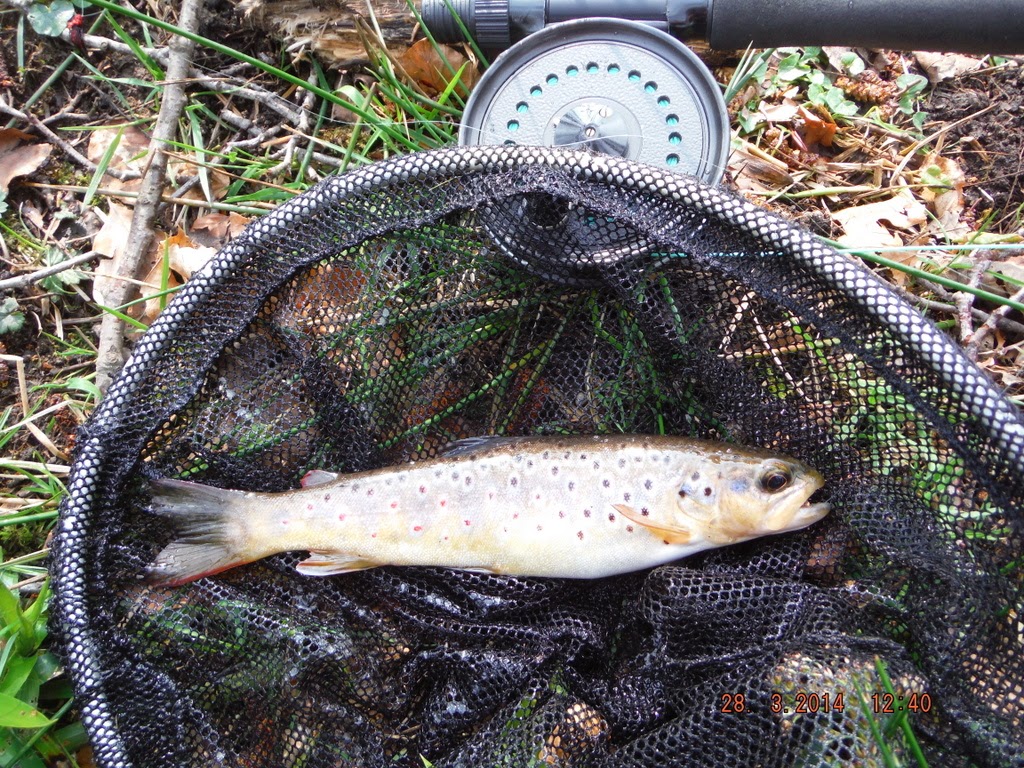 Had couple of really small ones, again on Dave's nymph and then one a little better, but not much. 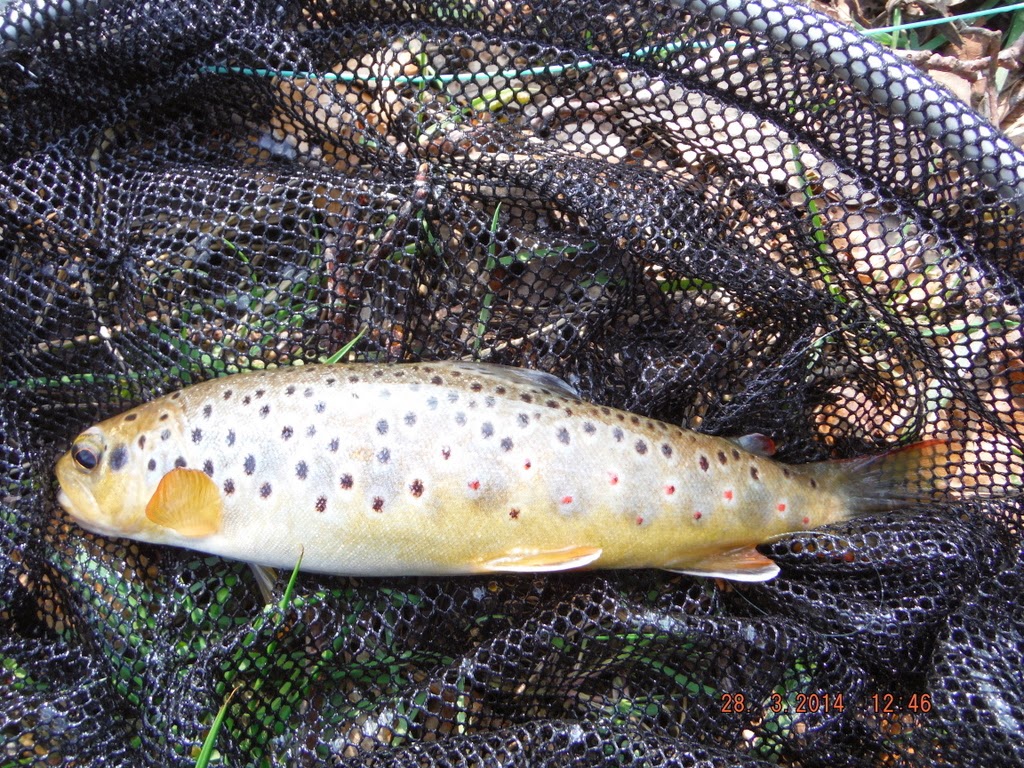 More misses and snatches then nothing for a while. Did some gardening along the bank cutting back the brambles, nothing worse than getting hung up on brambles, always end up bleeding and with thorns in the fingers. As I did whilst cutting them back, must take some work gloves next time.

Took the red hairy thing off and tied on a Goldhead Copper John, the next fish took the Copper John as you can see. 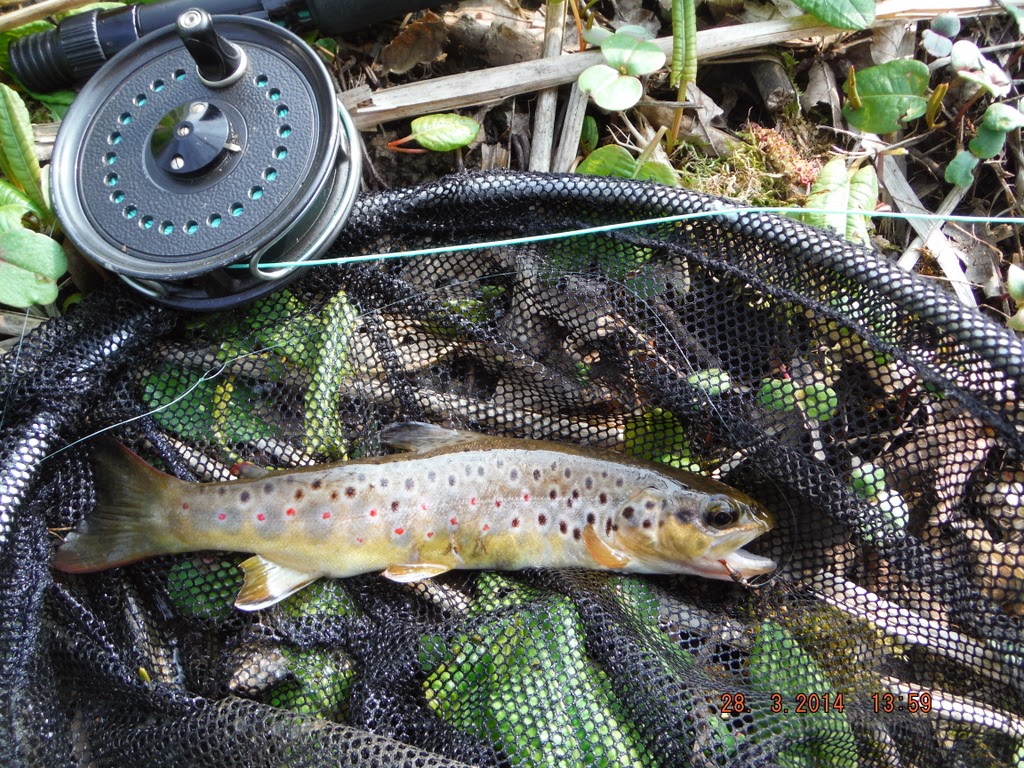 Did a bit more gardening, well quite a lot actually, some big brambles down behind the cricket score board, then called it a day.

OH. by the way DAVE I need some of those pinkie nymphs, what are they called and where did you get them from.

Posted by Flyfishing the Irwell and other streams at Friday, March 28, 2014