After two blanks I needed to catch some fish so I stayed close to home and fished Bradshaw Brook turned out to be a good decision.

Started below road bridge caught small one in the first pool by the path. 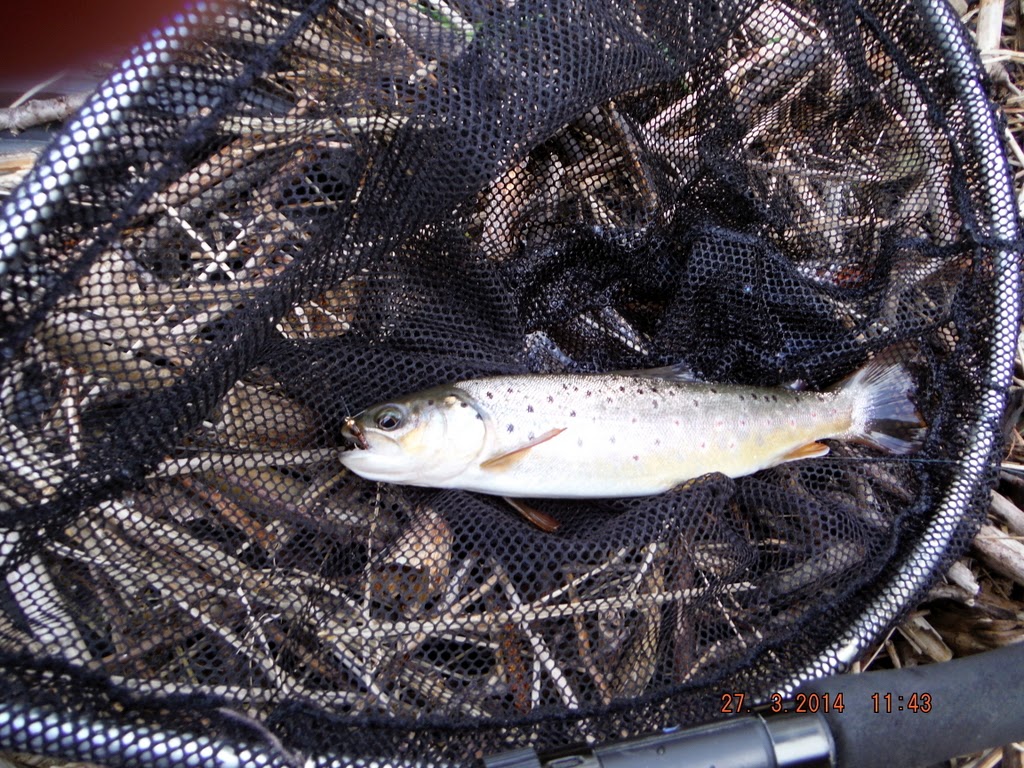 Then moved up stream passed the road bridge, missed two in the pool just above the bridge, then lost one in the fast water a little farther up. Too eager to get it into the net.
Moved up to the short glide and cast close to the far bank, second cast had a fish that snagged me in some rubbish, had to wade across to release, thought I had lost it but no, not a bad fish. 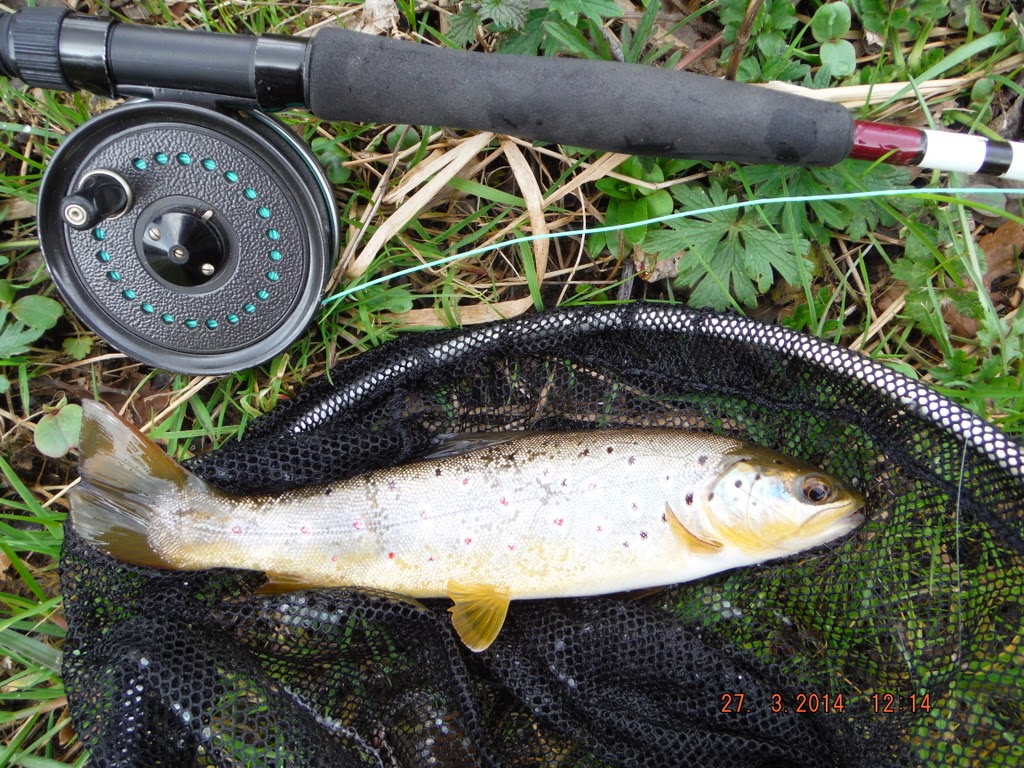 Moved up a bit and tried the same again, same result but a better fish. As you can see I have not yet got the hang of taking photos of myself with my new camera stick, at least it was better than the first time. I took my glasses off, last time I looked like a blind man in my Polaroids, Not that it made any difference as you can see. 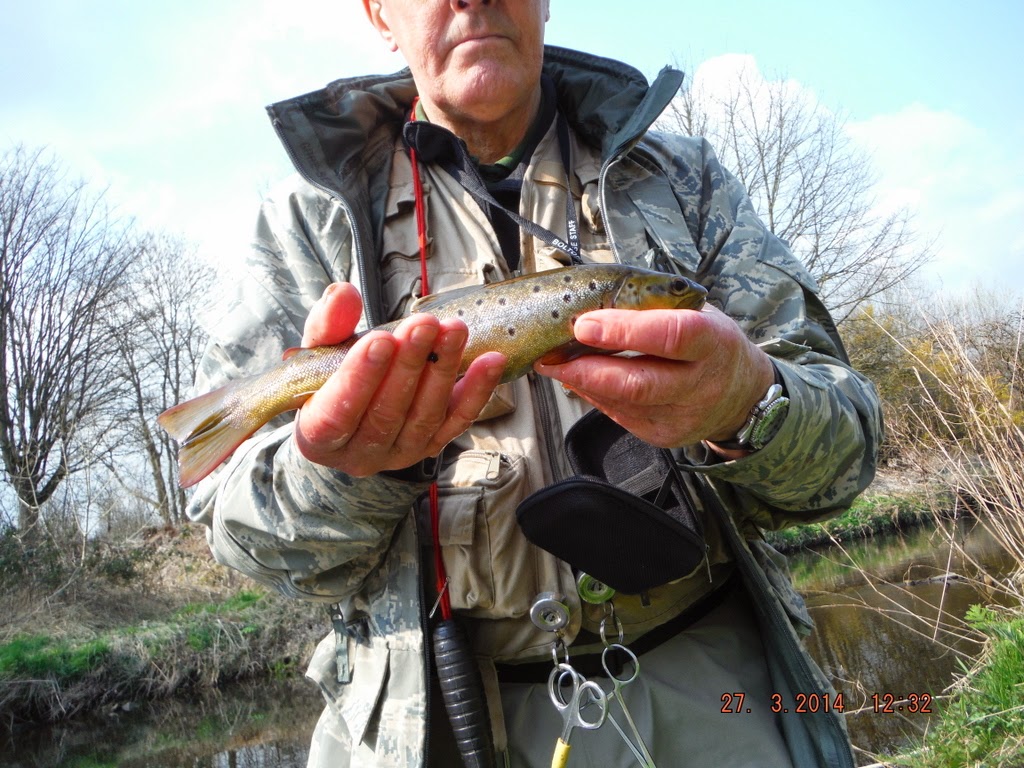 Couple of fish started to rise but I carried on with my nymph, and to good effect, next two were a smaller ones but not by much. 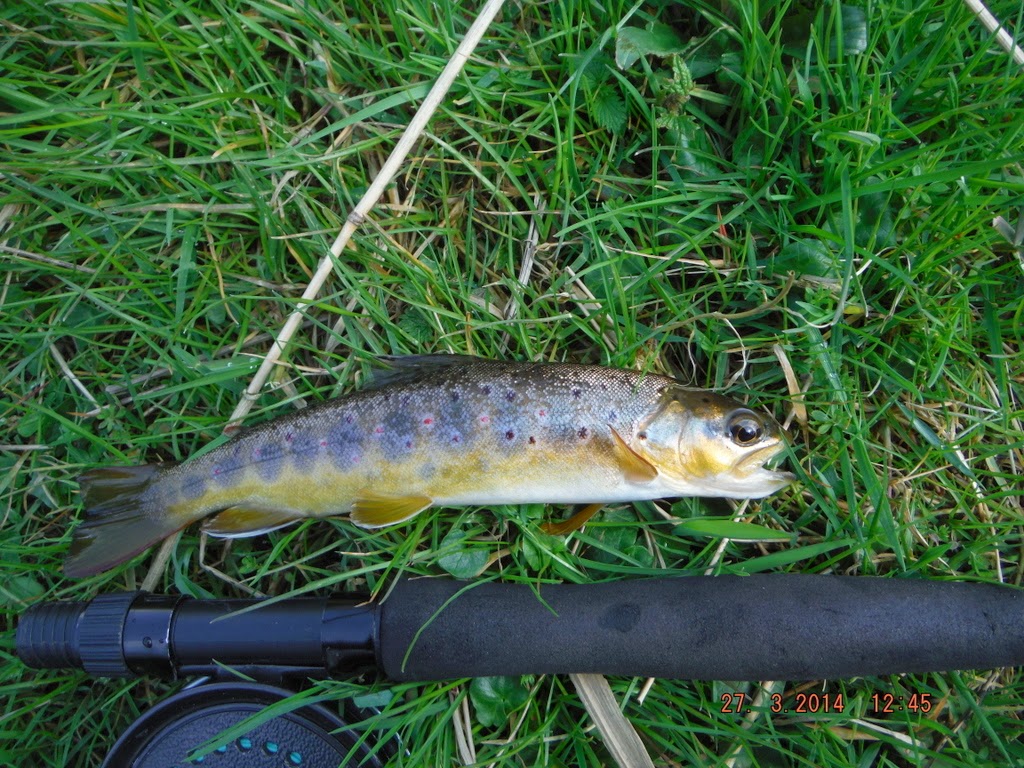 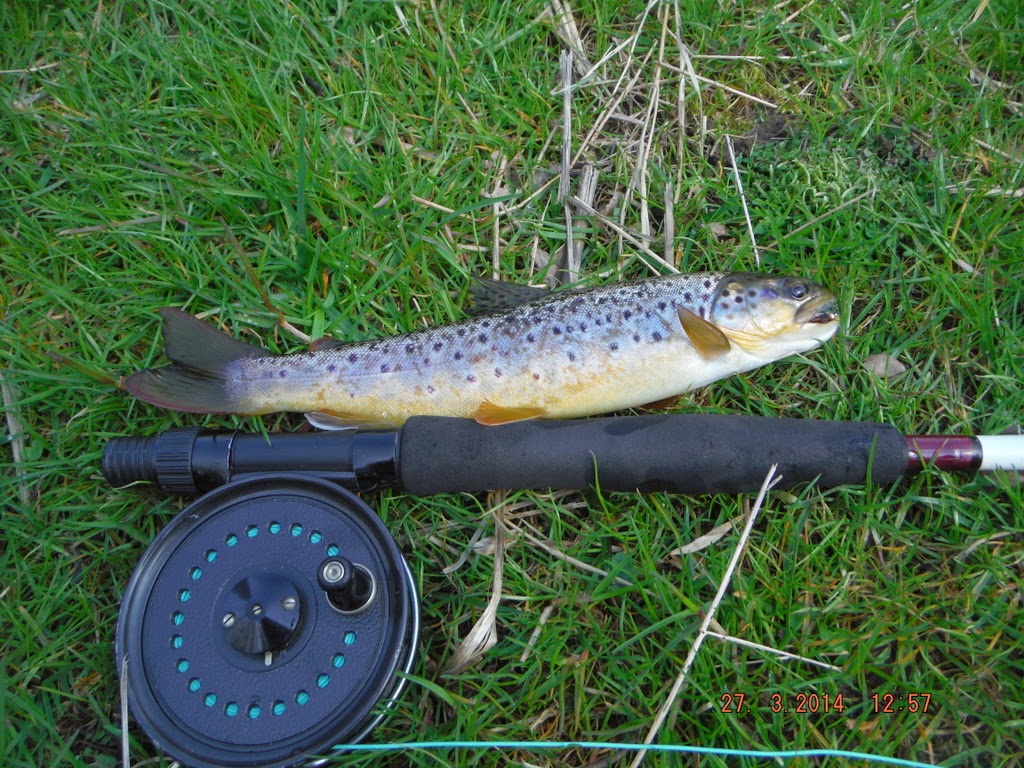 Moved up and cast under a tree to where one was rising, the result was this one again a good fish for this small stream. 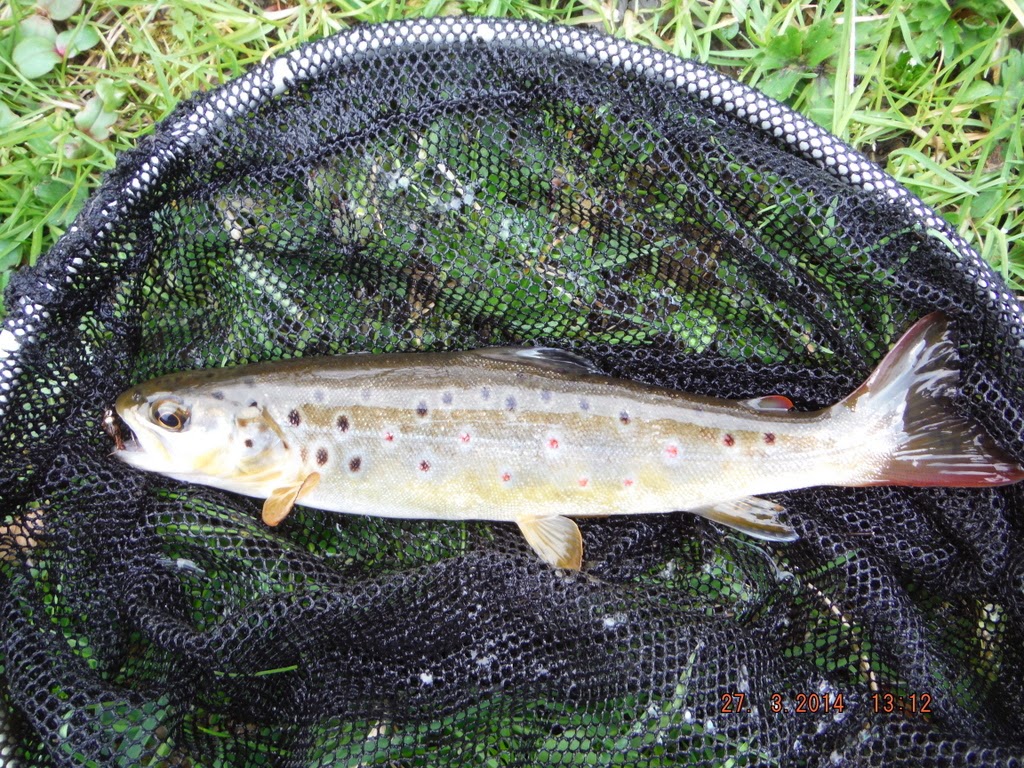 Up to the more difficult bits of the stream caught a couple of small ones, then lost a good fish, not pleased.
Started back down towards where I started without catching  anything, as I went under the bridge I saw that there was someone fishing the pool that I had started on.
Went down for a chat only to find it was Dave Reay, nice surprise as I had not seen him since the first time we met, last year on Eagley Brook when we had a good old natter( see blog "Week ending 13 June 13"), which we did again. Swopped some info on what flies were catching and where we had been lately. He gave me three killer flies, so he said, I just gave him some advise on the stretch above the bridge. I am a tight sod, next time I will give you a couple of the ones that catch for me OK Dave.

Had a few cast to no avail further down stream and then off home.

Posted by Flyfishing the Irwell and other streams at Thursday, March 27, 2014