Bright sunny day after yesterday rain, checked the river levels on the EA web site, still a little high from the rain. Decided to go to Eagley Brook which is close by, found it running with just a little colour but not to high.

Six foot six 3 weight Youngs 3 inch Beaudex Greenwells Glory.
Nothing rising, so cast into the fast water at the top of a pool. Missed a couple then I realized I need to strike at the least sign of a take. First fish was small browny followed by two better ones. 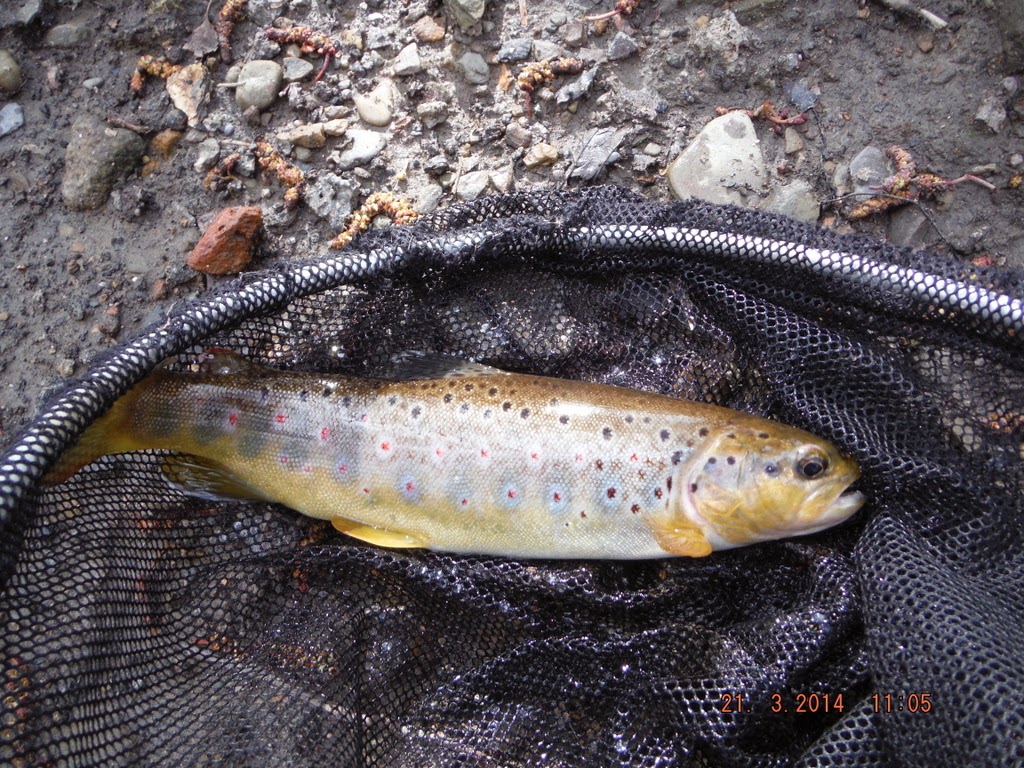 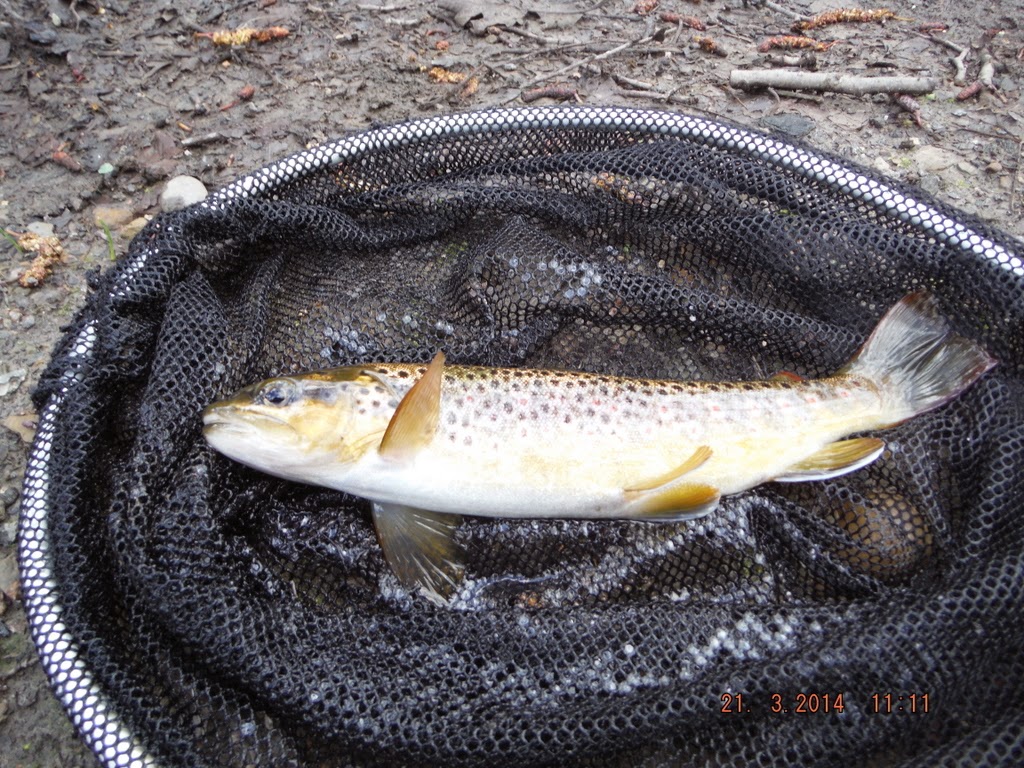 Well pleased with these two, not monsters but nice fish from this small stream. Moved up a bit and tried again another two similar size. 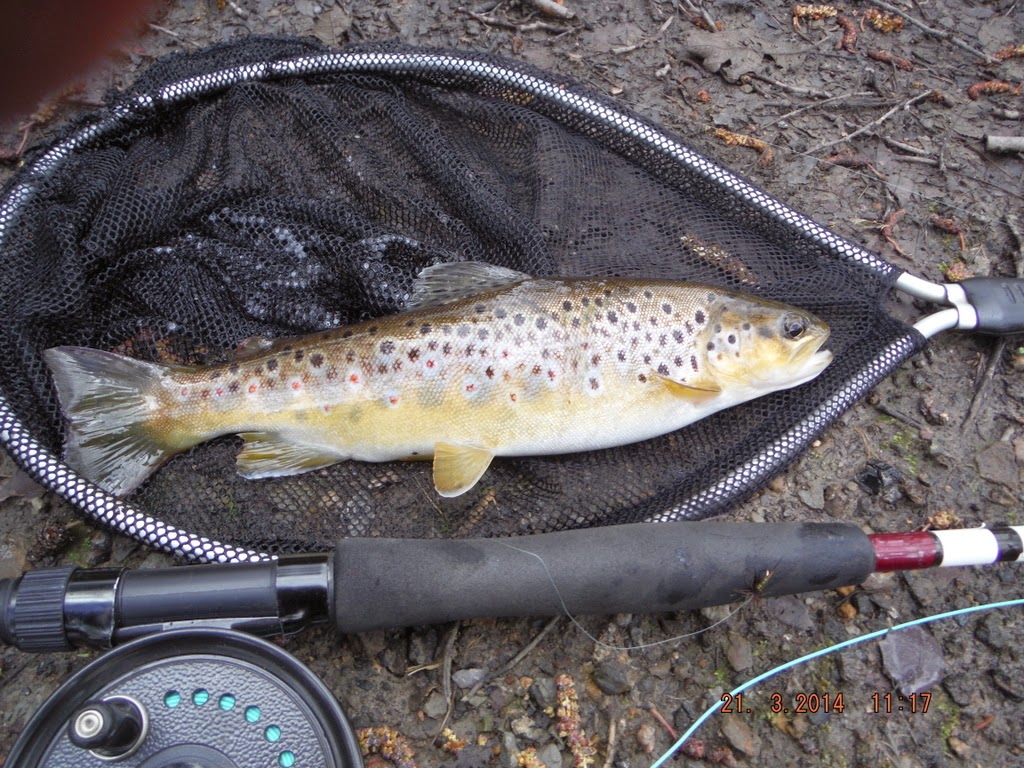 I think this one was the biggest of the day.

Tried further down stream and caught four more smallish ones, still on dry fly. Decided to try a nymph, put a Copper John on caught a couple more.

Got back to the car and went a couple of miles farther up stream, back to a Greenwells, spent some time getting my fly out of the branches, and cutting some of them off that seemed to have appeared since last year. caught just the one below. 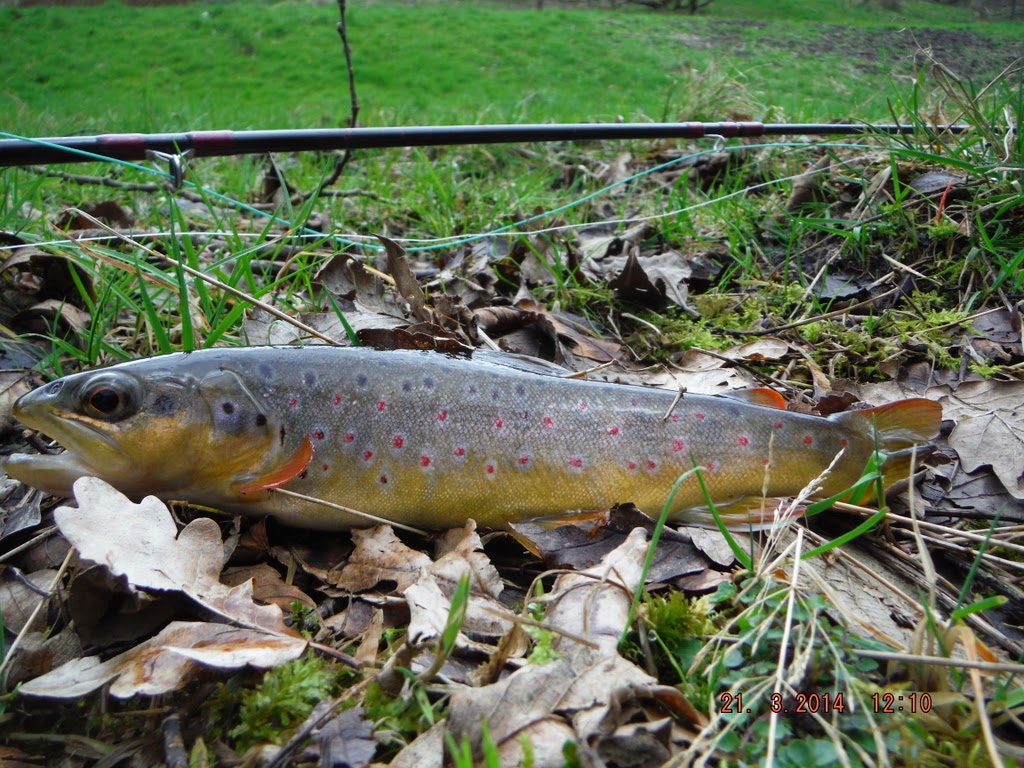 Then ended up on my arse in the river, rather wet. Should have had my chest waders at chest level instead of round my waist I would not have got as wet as I did.
No damage to me or to my tackle, very lucky.  When things are not going right the best bet is to go home or at the least stop and have a rest. Pity I can't remember that when I am out, always trying to do to much.

Posted by Flyfishing the Irwell and other streams at Friday, March 21, 2014