The question is, can Sea Trout and Salmon, which do come up the river Mersey and into the ship canal, get into the river Irwell.
The Mersey flows into and out of the ship canal below three sets of locks which give access to the top end of the canal which is mainly the Irwell, with the help of the rivers Irk and Medlock. I have always had doubts that it is possible, but would love it to be true.

Mike Duddy of Salford Friendly Anglers has sent me pictures, of a large dead fish, taken in the area above the three sets of locks. 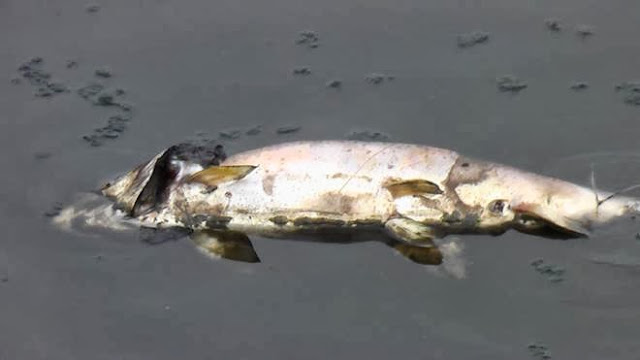 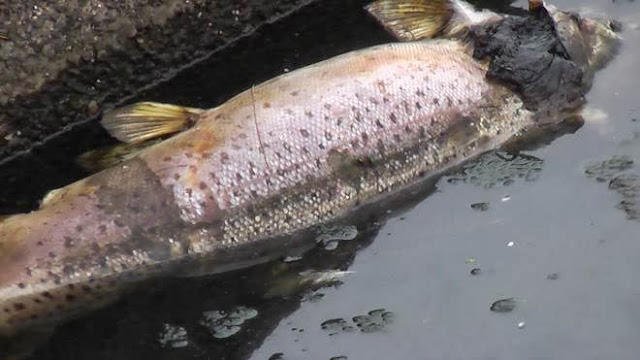 Word is that it was about three feet in length( one metre) and possible in excess of 12lbs in weight.
Opinion tends to large brown trout or possibility sea trout, but not salmon. A 12 pound trout has been caught in the Irwell this year( see SFA web site) so it is not out of the question that it is a brown trout.

So on Saturday I decided to walk the tow path down the ship canal from near Salford Central station by the Mark Addy pub restaurant to Salford Quays.
First a little history. The canal was completed in 1894 and was built so that ocean going ships could reach Manchester thus  saving the cost of unloading in Liverpool. It is 36 miles long and can take ships up to 60 feet in length through its  five locks. It is still partly in operation but Salford Quays  can not now be accessed by large ships. 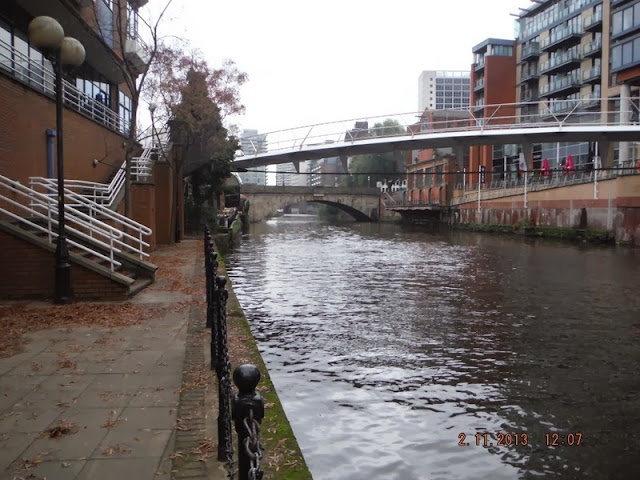 Looking up river, Mark Addy on the left and Manchester in the back ground. 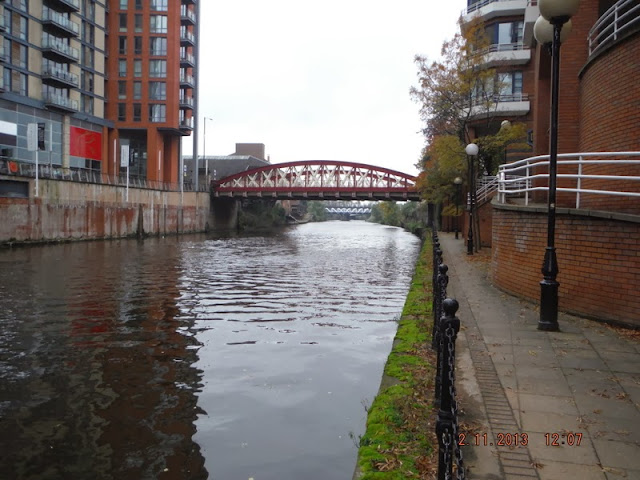 Looking down from the same spot. 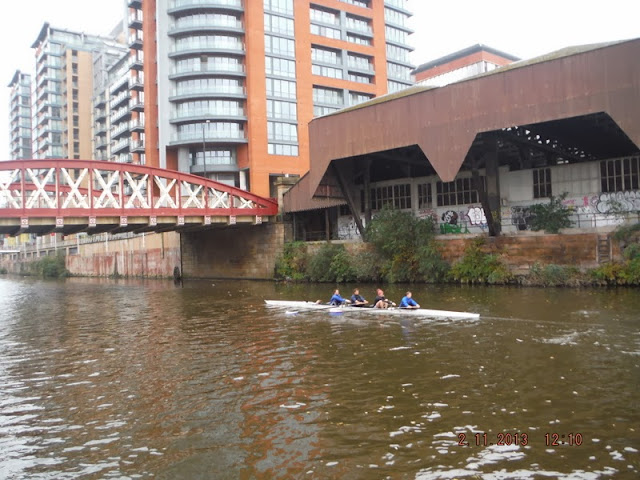 Agecroft  rowing club making use of the river. 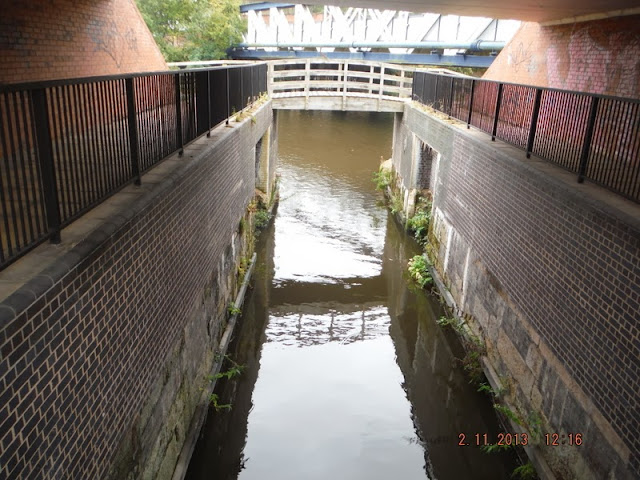 A bit of what's left of the Bury, Bolton Manchester Canal joins the river. 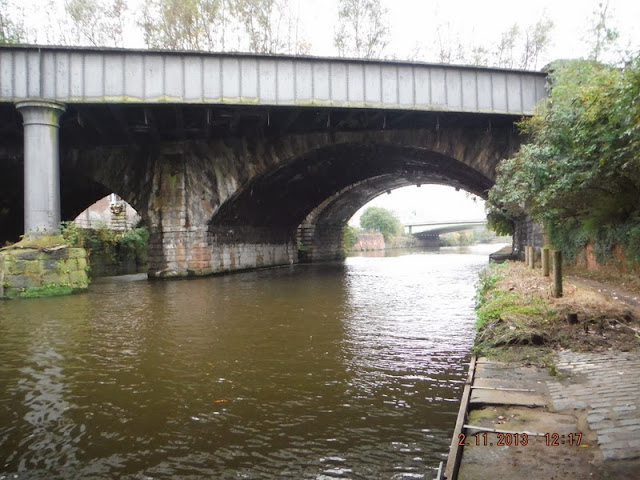 The Princes Bridge that goes nowhere at the front with a railway bridge behind.. 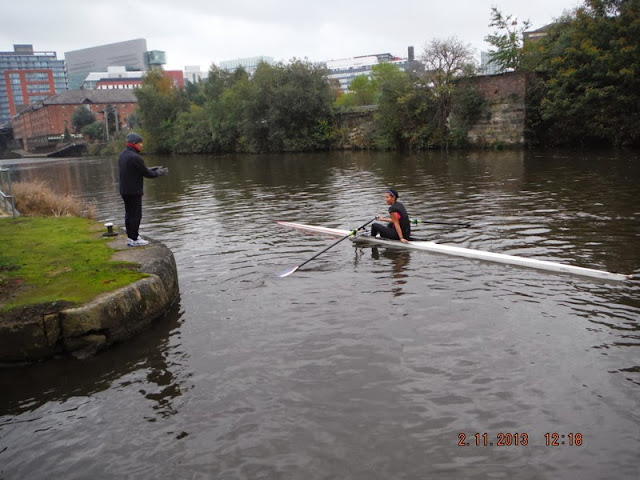 Young lady from Agecroft rowing club with her coach. 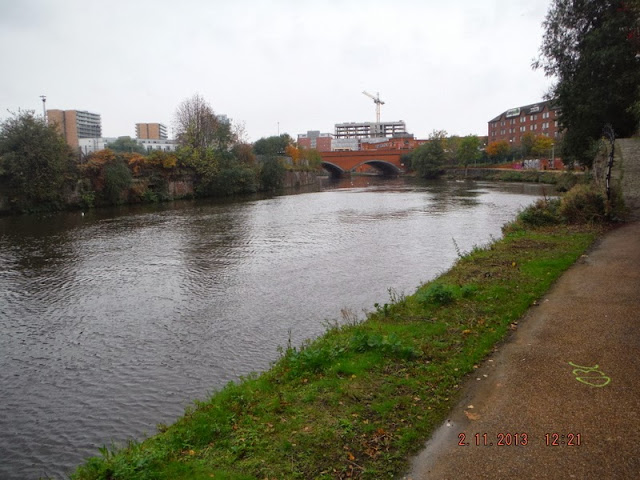 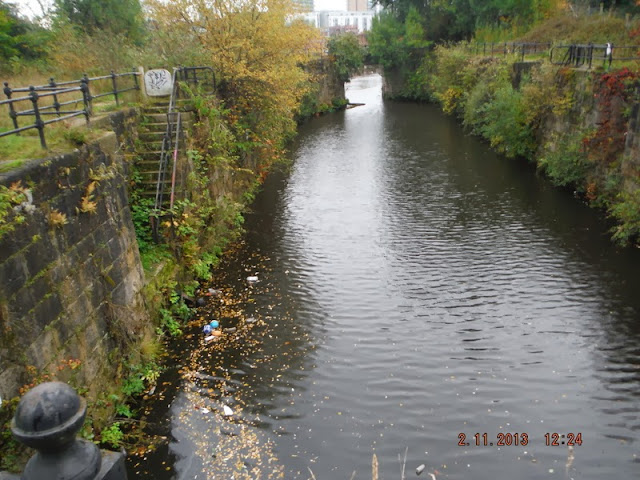 The Wilburn Street Basin, not sure what happened in here, that's the river through the opening at the end. 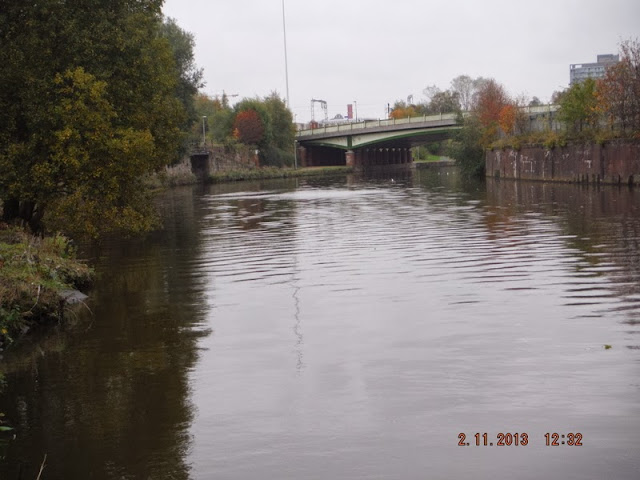 A spur off the river under the Metro. 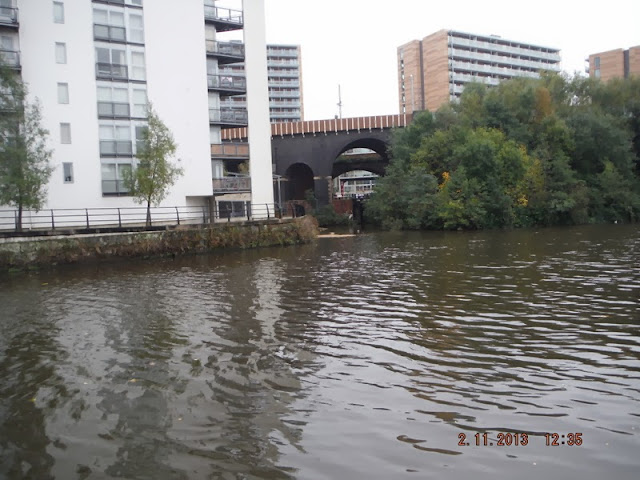 The river Medlock joins the Irwell. 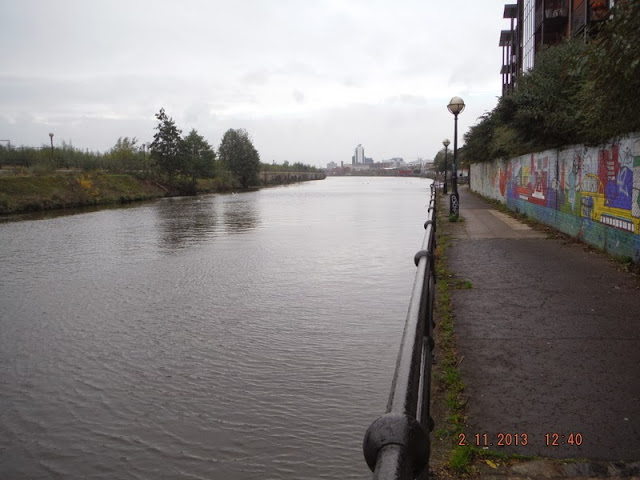 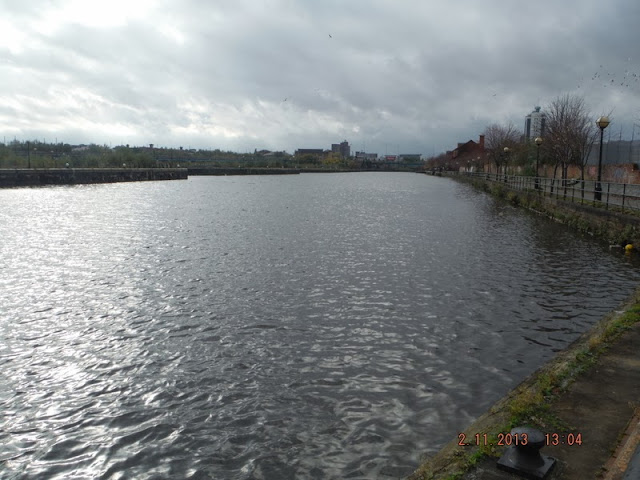 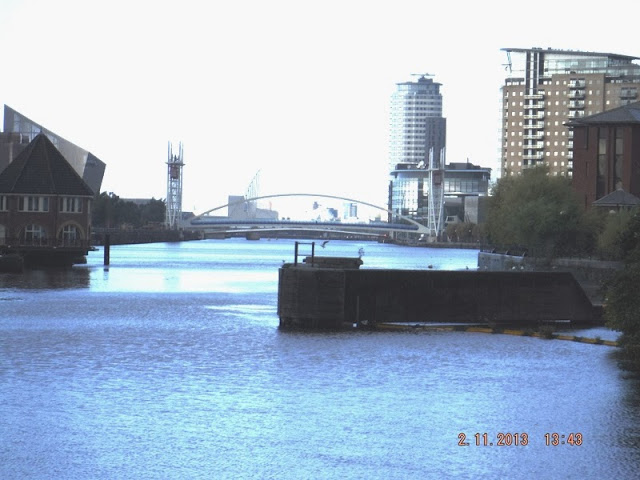 Salford Quays.
The bridge goes straight up to let large craft through. 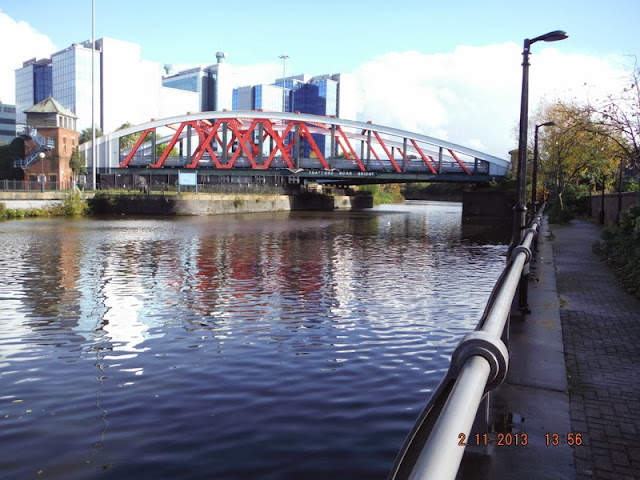 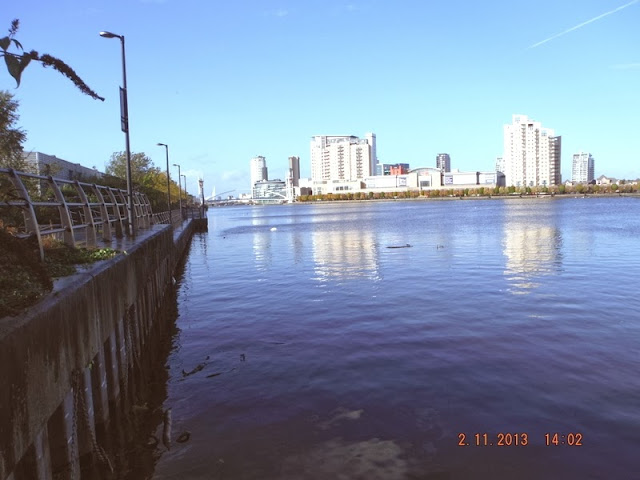 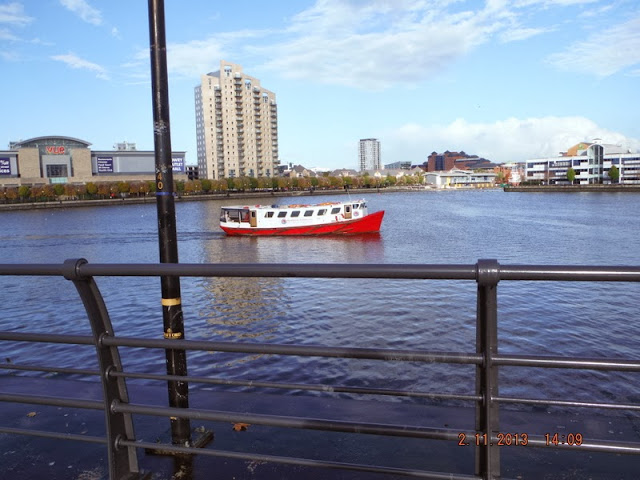 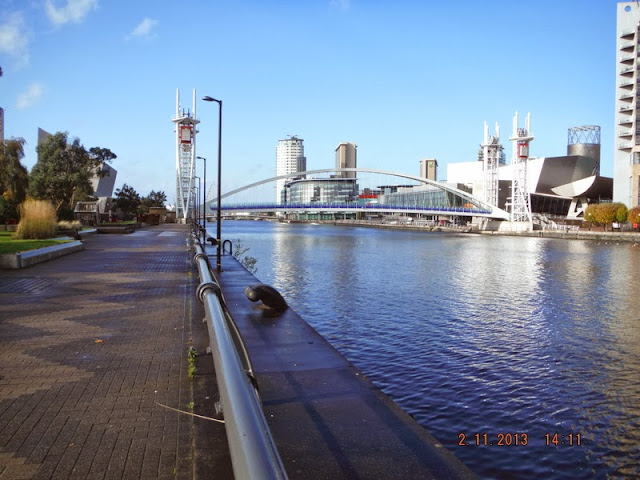 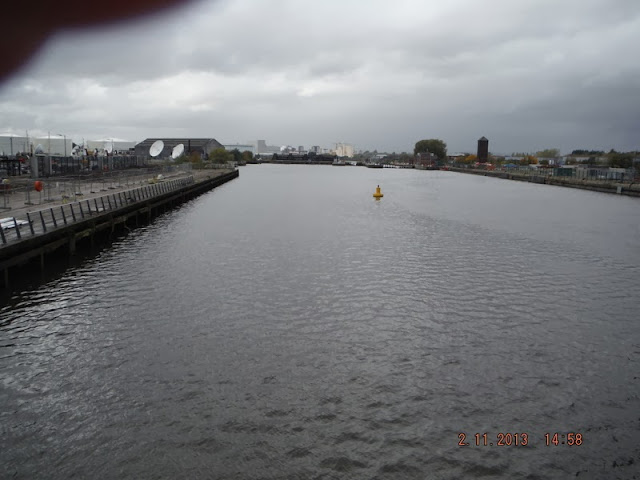 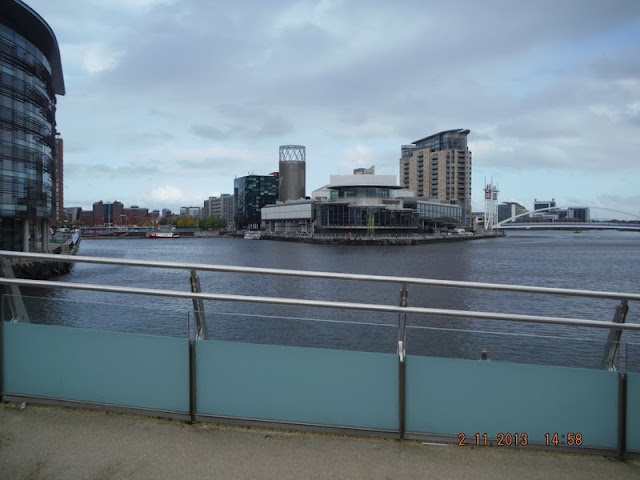 All photos of the Salford Quays area no ships to be seen just the tourist boat.

All this is fed by the Irwell and it tributary's the Mersey doesn't show it face until after the Irlam lock and there are two other sets of locks before you get to Irlam, so I say the Manchester Ship Canal would not be possible if it was not for the River Irwell the Mersey is just an after thought.

Posted by Flyfishing the Irwell and other streams at Sunday, November 03, 2013