Places for Course Fishing the River Irwell at Little Lever, Radcliffe and Whitefield.

At Salford Friendly Anglers Meeting on 20 November I was asked about places to fish up towards Bury.
I am not saying these are the only places, just the places I know where you can get at the river without to much trouble and it looks like there would be course fish to be caught.

The first one does involve a bit of a walk, all up hill coming back. Google 'Mytham Road Little Lever' although it looks like there is a factory by the river, its been knock down..

Drive to the end of the road, there is usually room to park a couple of cars where the road is blocked off..

Walk down the hill passed the filled in canal until you get to the river, doesn't look much at first.
You have two choices go down river to the tree line, bit of a flow but quite deep. In the summer there is lots of Hog Weed but its ok. now and in the spring 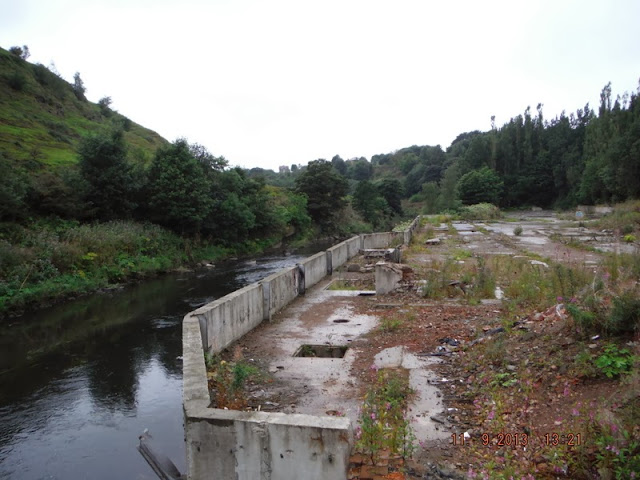 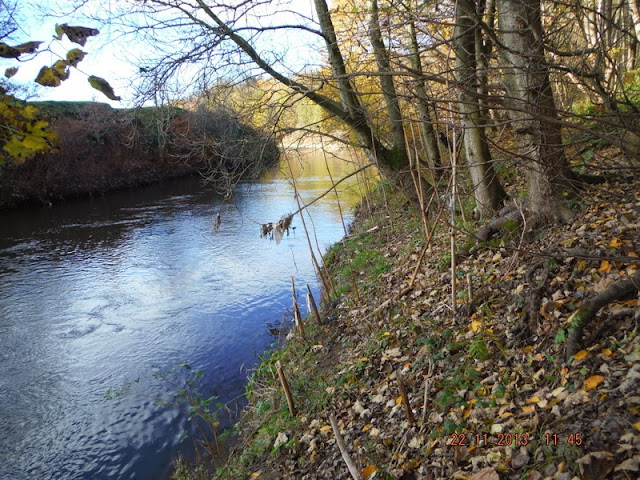 You can get a seat in with care.

To go up river to the weir take the rough path over the rubble. 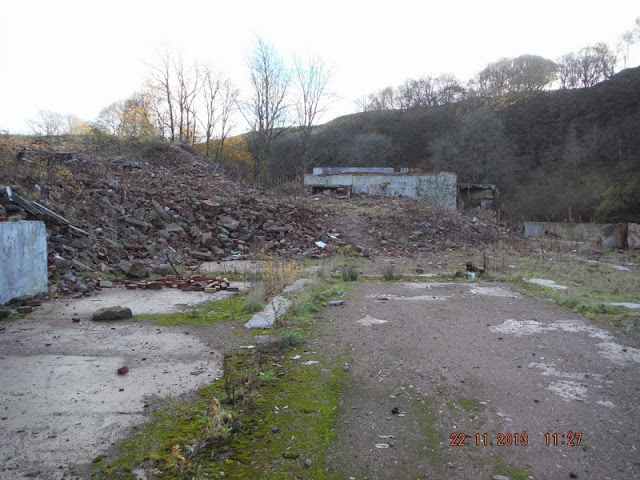 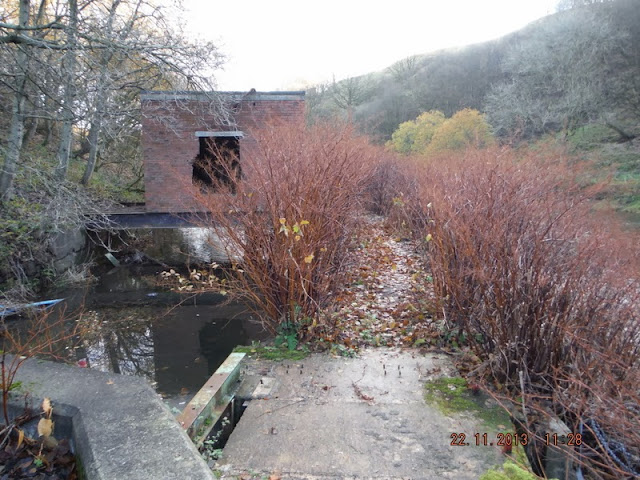 Then the path by the building and walk up the feeder. when you get to the end you can either go down to the bottom of the weir. 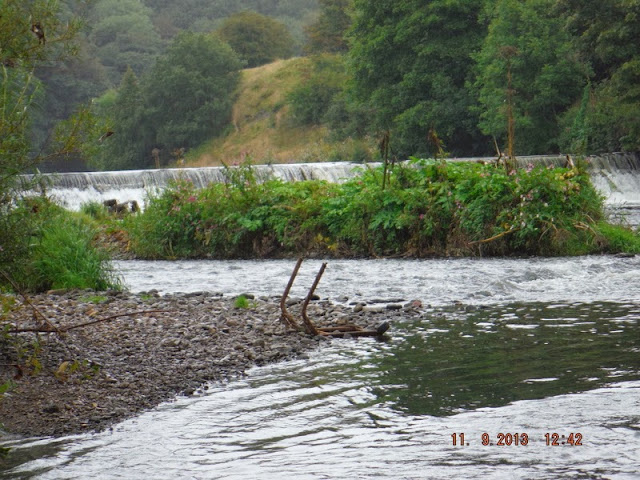 Or cross the feeder to get to the weir pool. 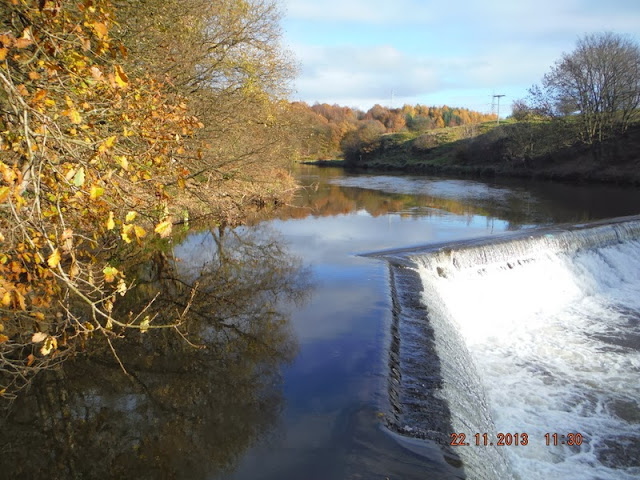 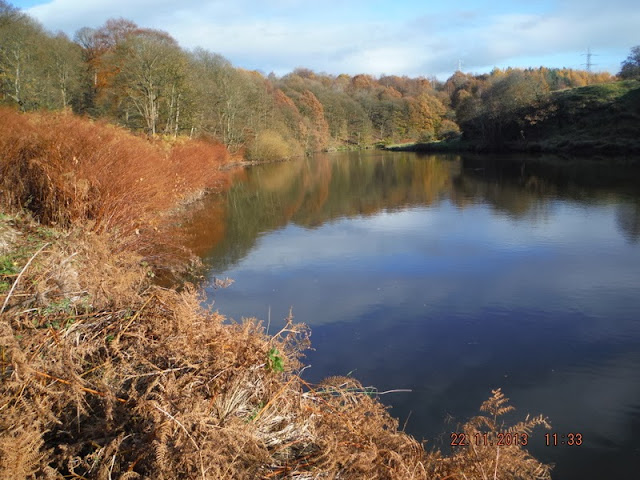 The pool above the weir is large and goes up to Ladyshore which also looks pretty good. There is room for three or four pegs even in summer, you just have to chop back some of the bracken. Further up balsam, knot weed and hog weed are a problem in the summer.
You can walk up to Ladyshore from here but the path is not too good, easier to walk up the canal or drive there, instruction below.
.


For Ladyshore Google 'Ladyshore Road Liitle Lever'.
At the end of Hayward Avenue drive down the cobble road passed the stables to the car park just short of the canal. Walk down the cobbled road over the canal and through the gate. About sixty/seventy yards down there is a path on the left that takes you down to the broken weir. 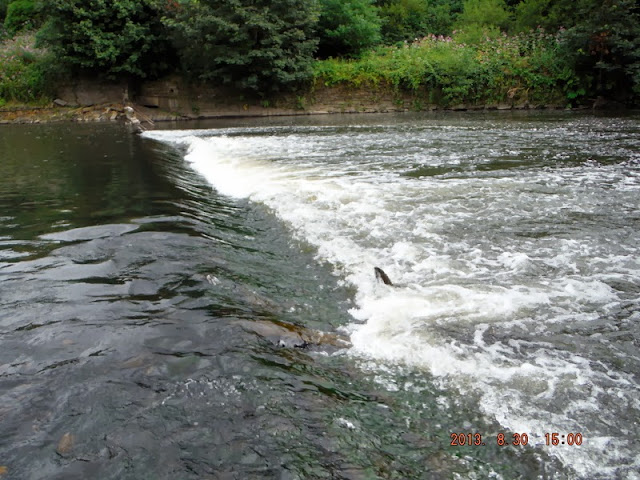 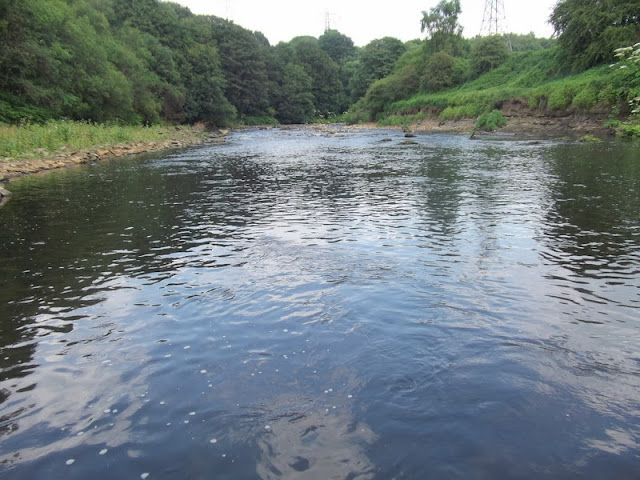 This is above the weir, not very deep. 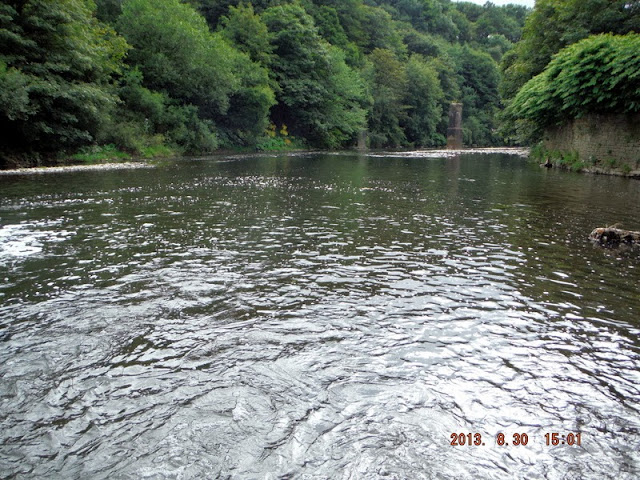 This is below, better.


If you had carried on down the cobbled road to the end then gone right you come out here. 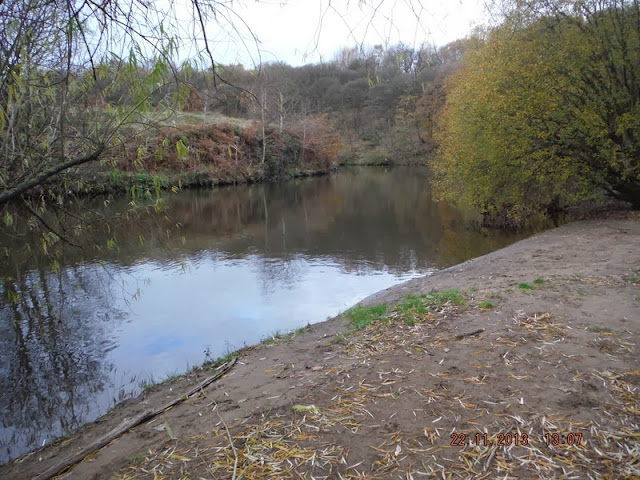 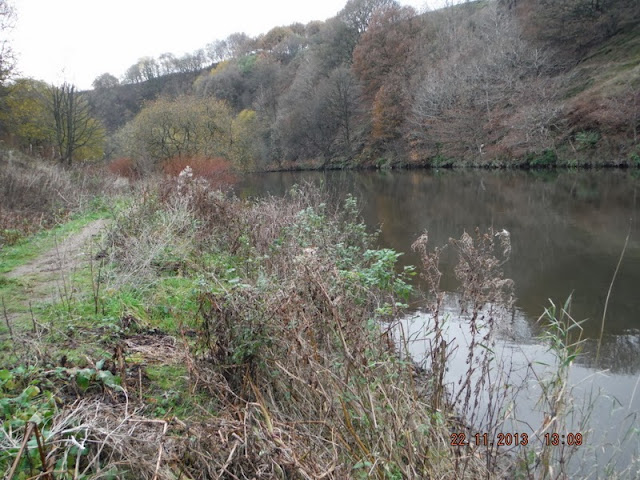 If you go up a bit there is lots of knot weed but here is pretty clear even in the summer. Though there is hog weed behind you.


A bit further up river is another weir just off  'Sion Street Radcliffe' which becomes Sion Road. Although its only a few hundred yards from Ladyshore, you need to go to Radcliffe by ASDA to get there. Where the road narrows to single lane I park on the muddy lay-by and cross the river on the footbridge, then scramble down the steep bank to the river.
In season I catch some good trout down there. Hog weed not a problem until the summer when it closes a lot of the bank. 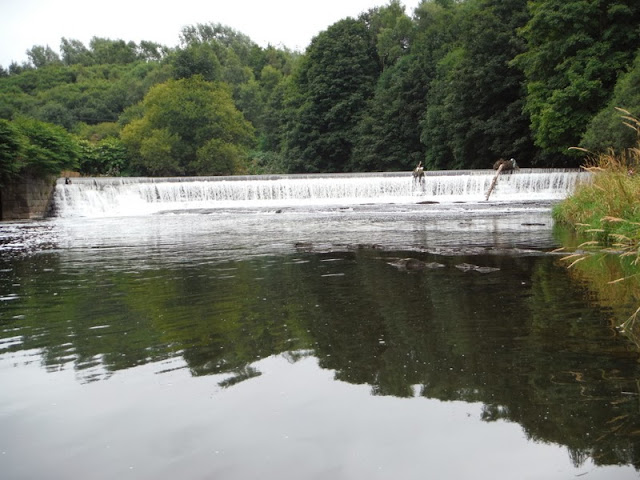 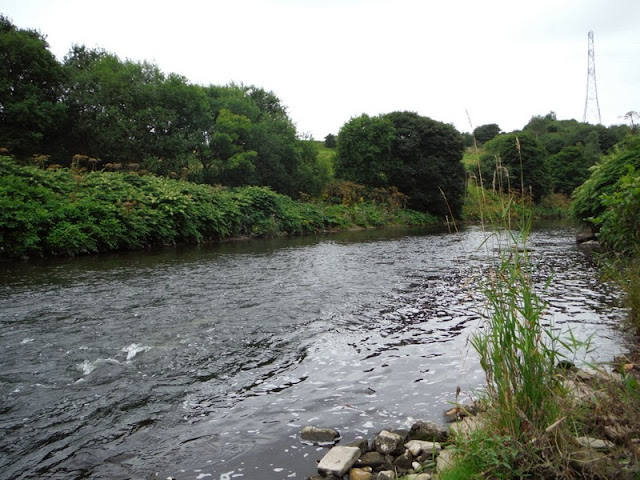 Down from the footbridge, to take this picture I had to wade across the river, in the summer, not recommended now.

I have never fished above the weir, so I went for a look. Not promising at all. 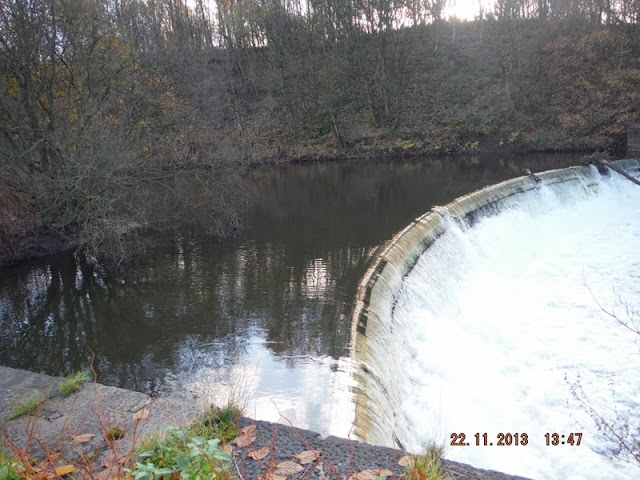 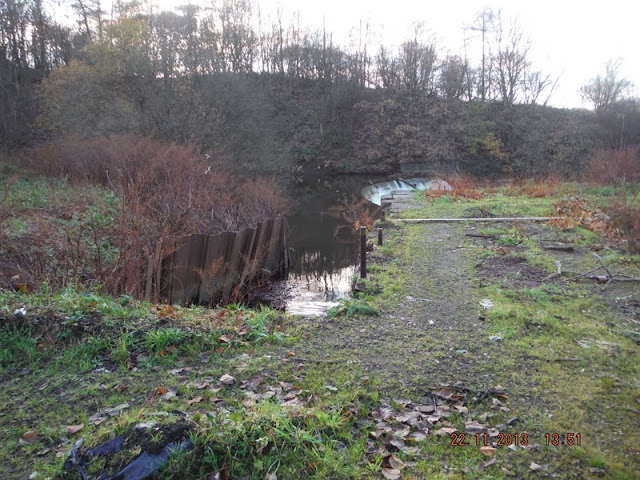 This was the only place that I could get close to the weir pool without risking life and limb, must be even harder in the summer. Give it a miss, unless you want to fish on the corner above.
To get here park by the second gate just before the road narrows and walk through the woods, easy walking.

Next is 'Springwater Park Whitefield'. There is parking down by the river
Springwater is where the Irwell and the Roch come together. The Radcliffe end has good access to the river. 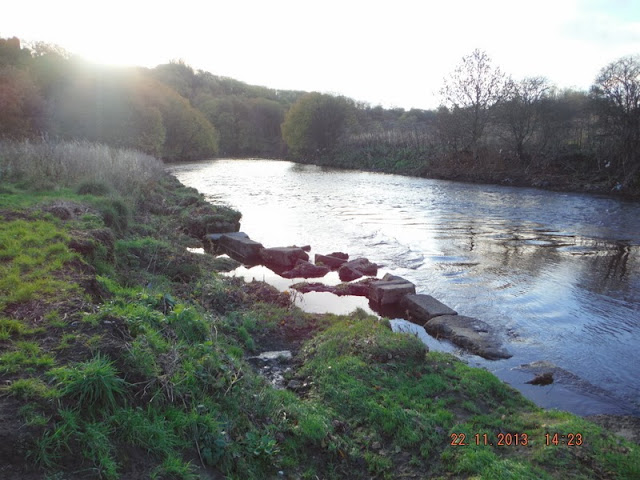 Gets deeper as you walk down river. 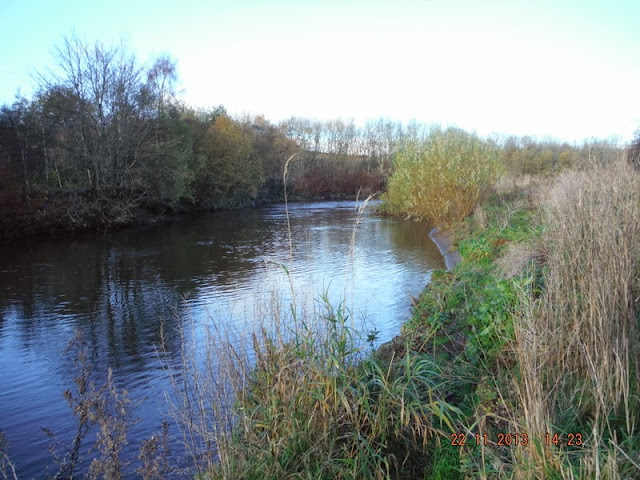 This is looking up river from where I took the last photo. 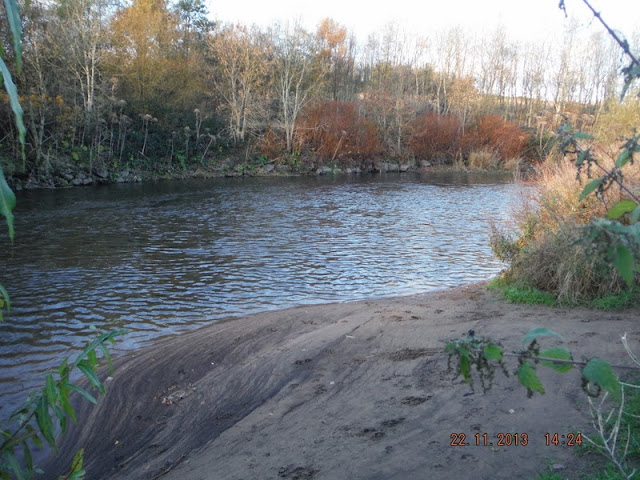 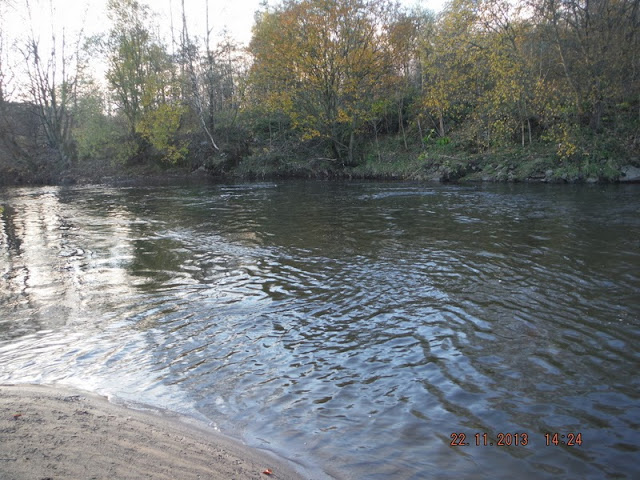 All photos of the bottom end, got to be fish here. 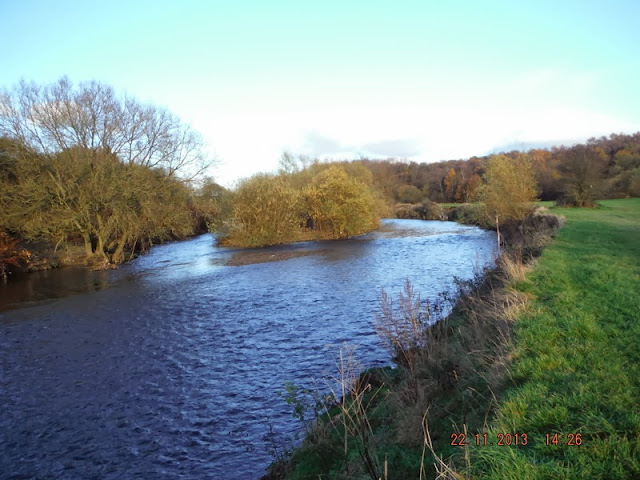 This is further up, quite deep up the right of the Island, but not easy to get down by the water. 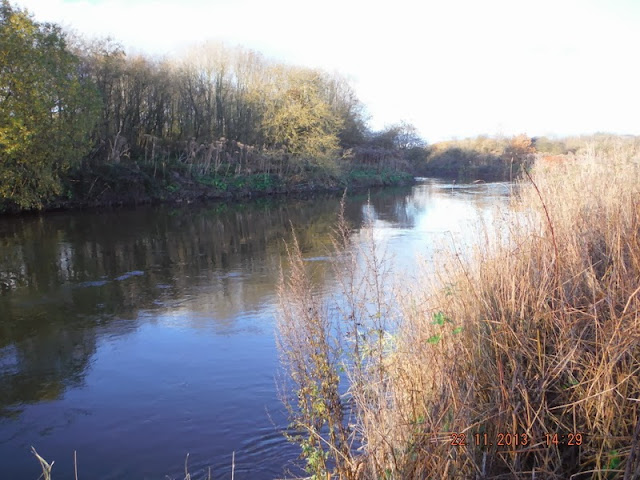 This is just above the island plenty water, but again difficult to get down the bank The far bank all the way down is just Giant Hog weed in the summer 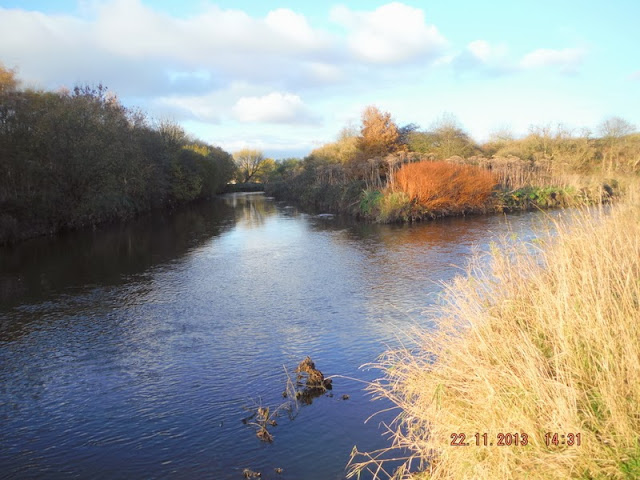 That's it for now will try to do Warth and Bury over the weekend.

Posted by Flyfishing the Irwell and other streams at Friday, November 22, 2013