I went down stream on the brook today to look at what remains of the system that provided water to the Firwood Bleach Works. I don't think any parts of the original works remain unless parts of Firwood Fold, were used, as maybe some part of the timber yard were originally part of the works.

What does remain is the weirs, pipes, goits and mill lodges that were constructed to provide water to the works. 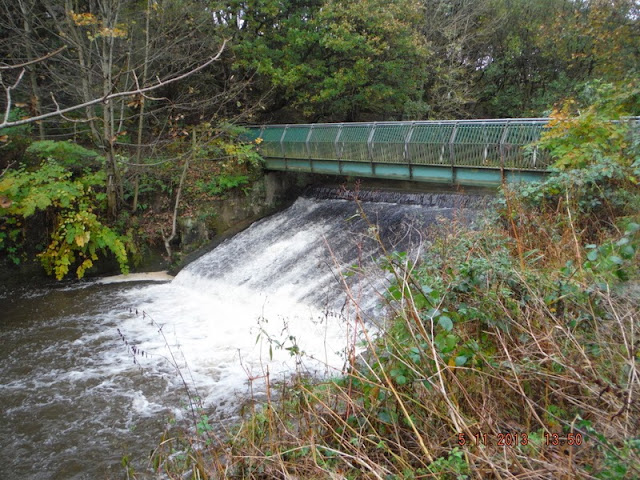 This weir seems to have been built to supply water, via a pipe on the far bank, to a lodge (known locally as The Bunk) which is also on the far bank,  and to the goit that runs by the side of The Bunk. 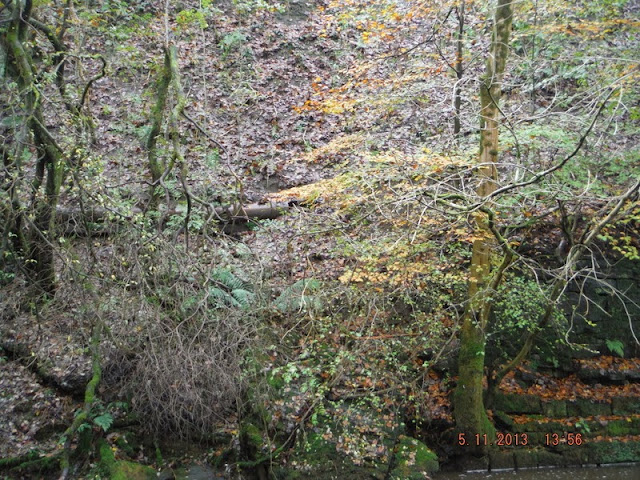 Part of the pipe can be seen  in this photo. 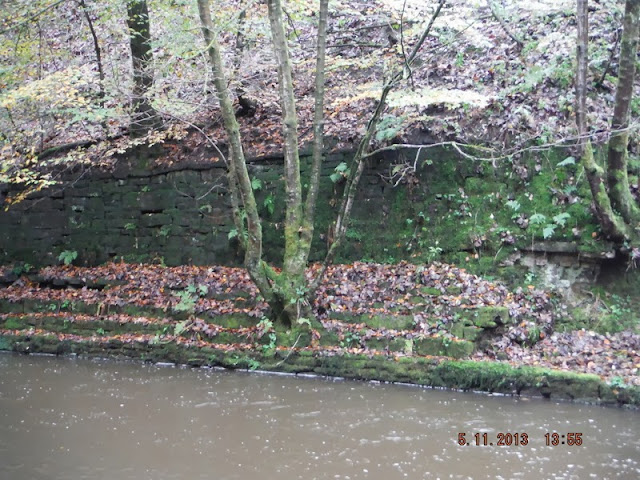 To support the pipe which runs for several hundred yards, walls have been constructed along most of the very steep far bank. 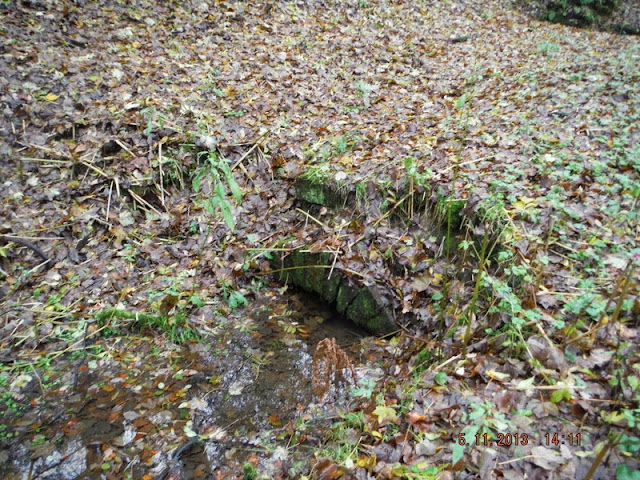 The pipe eventually appears, to start the goit. 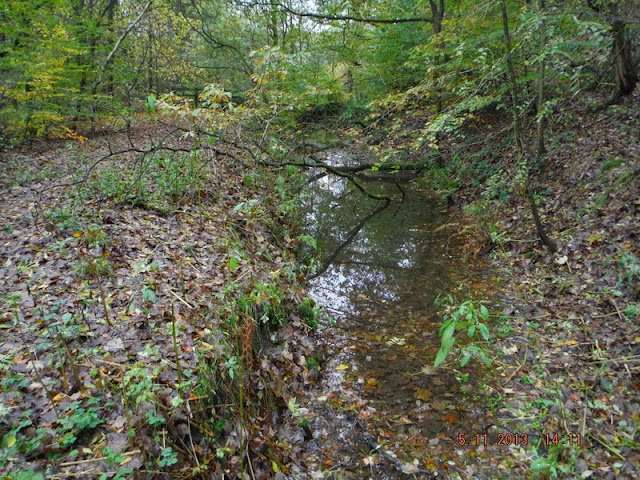 The goit now is very over grown but still holds water, but not from the pipe and weir. 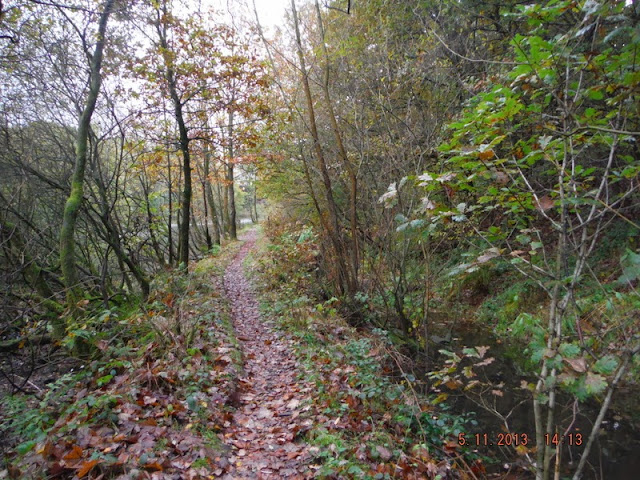 The goit was constructed to allow water to flow into The Bunk as well as continuing to the bottom end of The bunk. 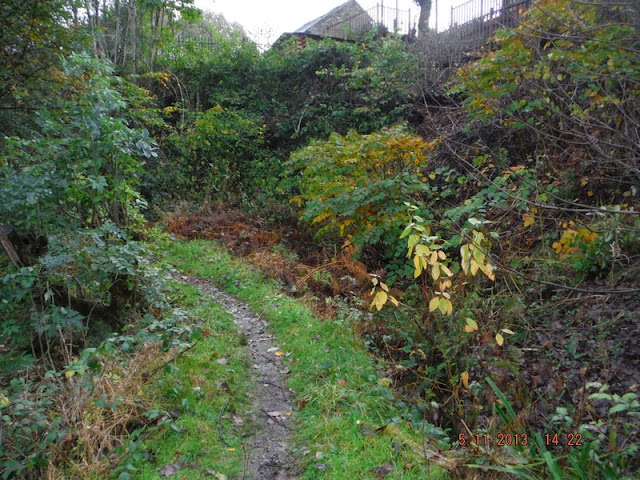 Where it was piped on to supply water to three other lodges and maybe direct to the works.
The pipe disappears into the hill side.The Bunks bank is just on the left of the picture. 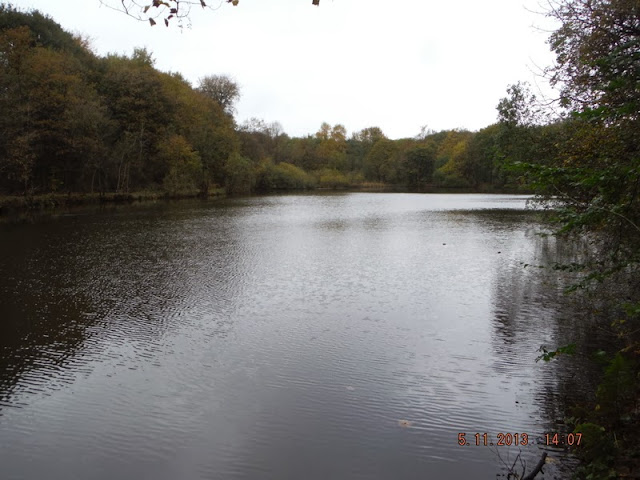 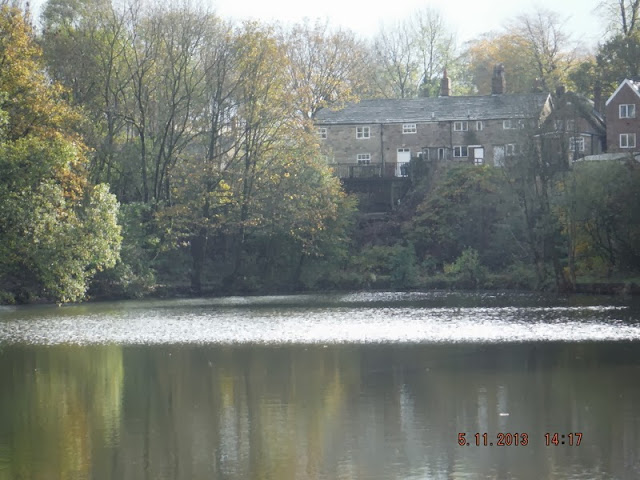 The houses at the bottom end are part of Firwood Fold.
Although, as I said the water from the goit is piped away, I can not see how water from the lodge got to the lower lodges or the bleach works. Must be a pipe somewhere. 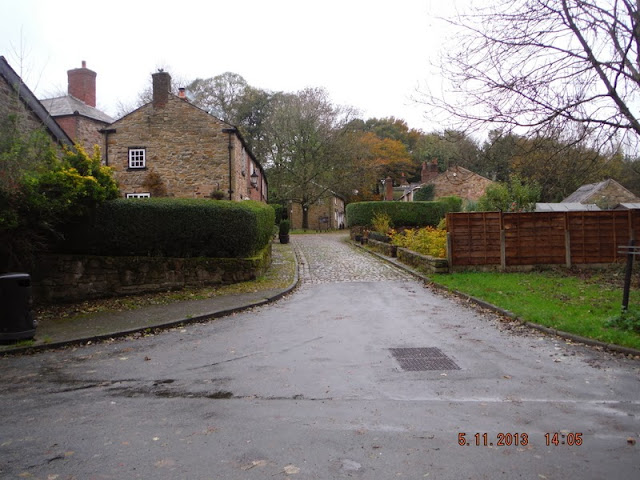 Leaving The Bunk to go to the other lodges one passes Firwood Fold the birth place of Samuel Crompton 1753- 1827 one of the forefathers of the Industrial Revolution. 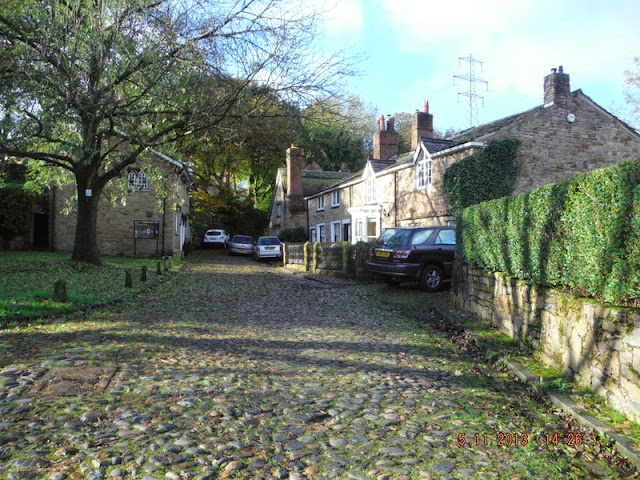 The fold dates back to the eighteenth century, more info on google. 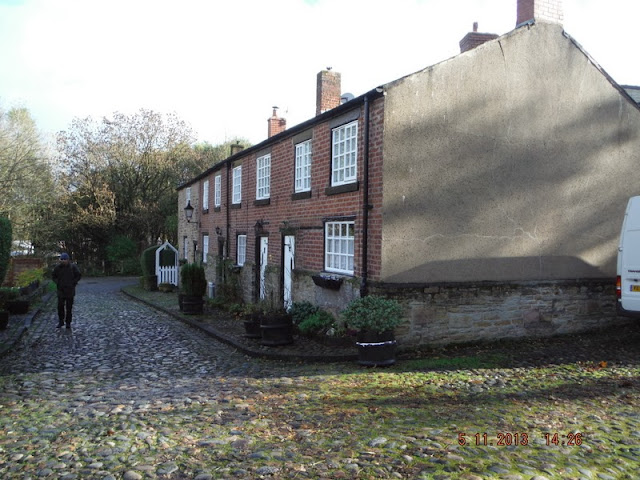 Two of the remaining lodges are still clear water and are used again by Bolton Angling whilst the third still has water but is full of trees and reeds. 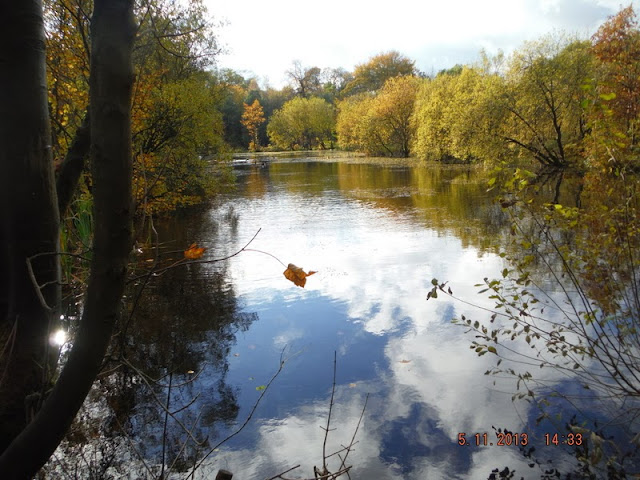 These are known as Firwood Lodges. 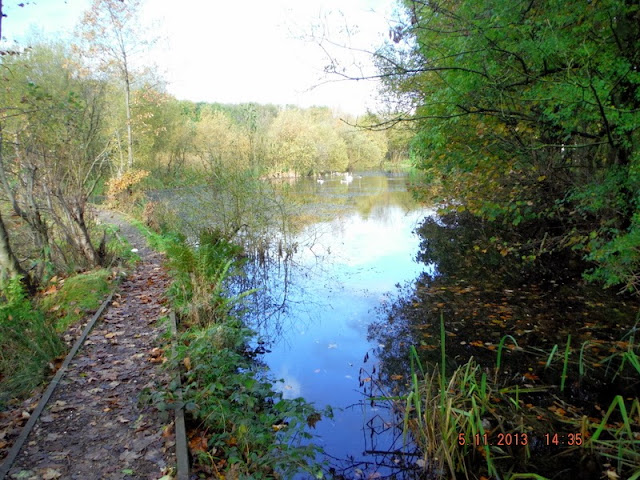 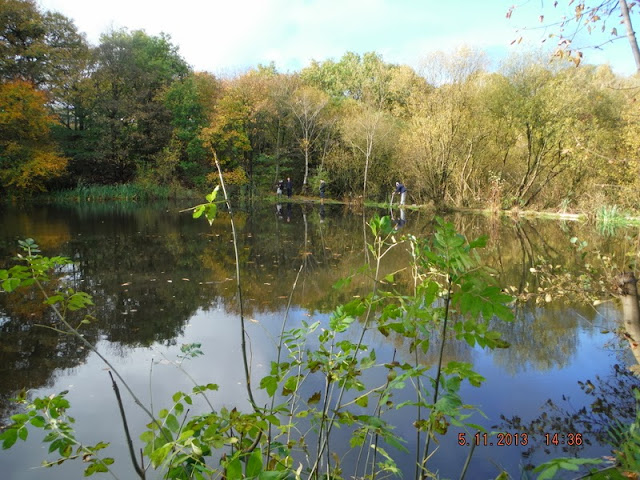 Behind the fishermen is the third lodge with all the trees in it.

This weir is further down stream with part of the timber yard in the back ground, apart from a outlet behind the concrete wall on the left. I can not see to what use it could be put, this side of the stream the ground rises rapidly and then comes to a cliff face.  The other bank has a high stone wall built into the stream and no sign of a goit. 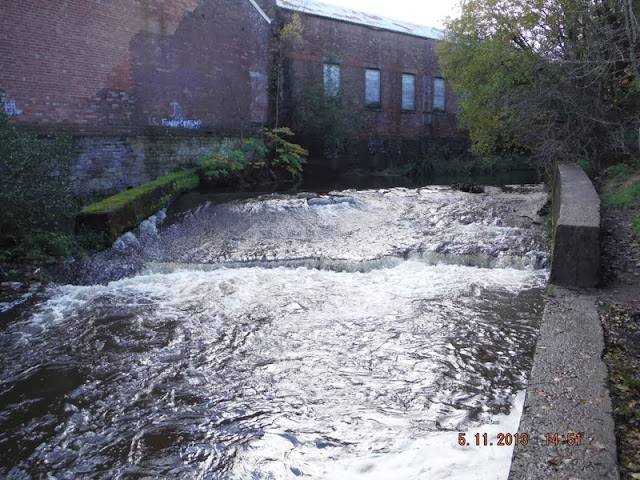 Posted by Flyfishing the Irwell and other streams at Tuesday, November 05, 2013