Managed to get a couple of hours on the brook this early evening. It's been warm and sunny most of the day and I expected there to be a good hatch. Maybe it started after I left, never mind I still caught a few on dry fly. 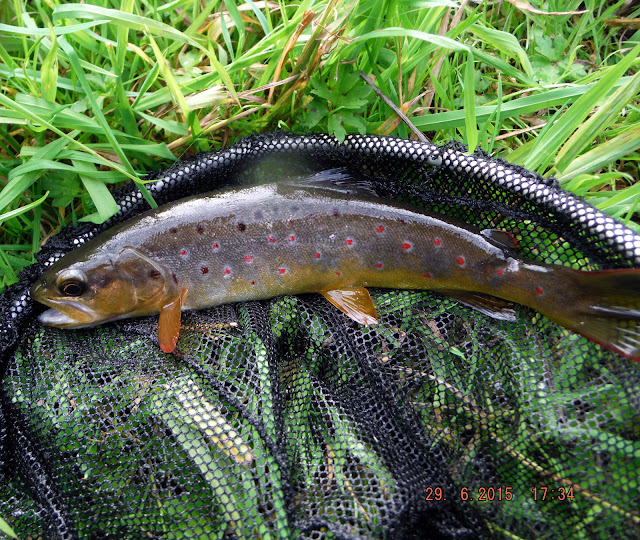 This was my first one, came to a Adams from the pool behind the score board. I had missed a couple and then the fish stopped rising to my fly and was about to move on when this one came to the net.

Moved up stream were the Adam's was getting no response, changed to a Blue Winged Olive, had two smallish ones and then this one. 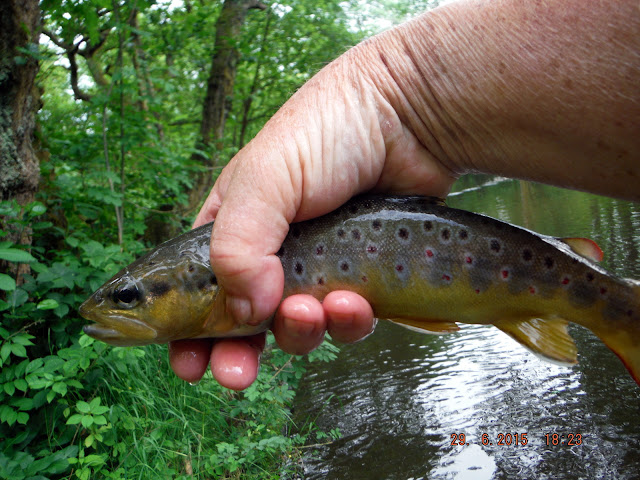 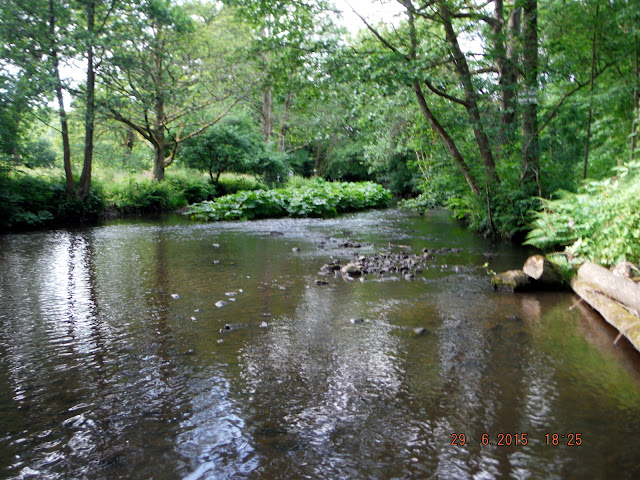 Came from just below the island on the left. 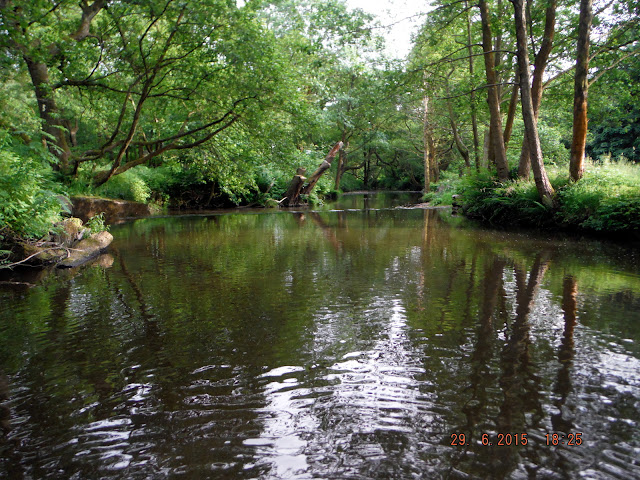 Moving up caught another couple of small ones but missed loads, very frustrating. 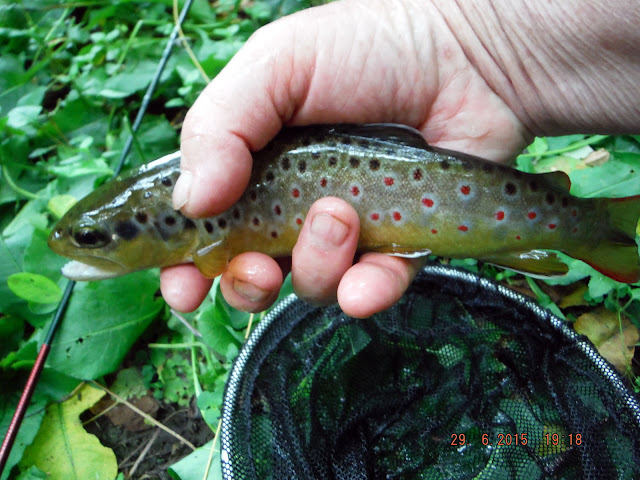 Up near the top of the beat when I caught this one, it gets quite dark up there, far to much tree cover.

Started back down still missing rise after rise, until I hooked this tiddler, then I
realized. what it was that I was missing all the time 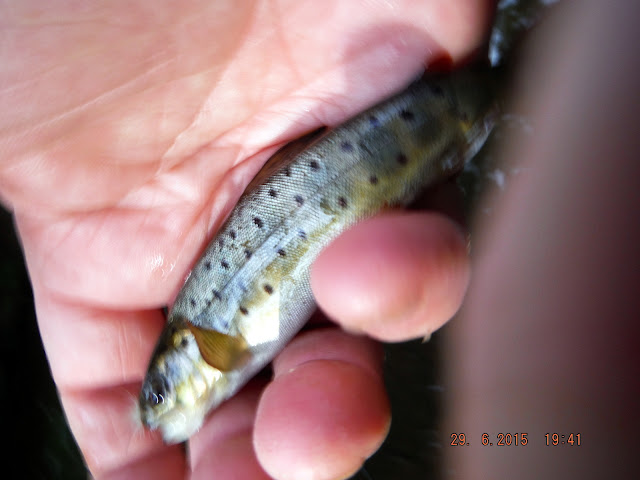 I do not like catching the very little ones but it is good to know that they are there, lots of little ones grow into big ones.
Posted by Flyfishing the Irwell and other streams at Monday, June 29, 2015