After seeing Bradshaw Brook running high and dirty as I mentioned in yesterdays blog, which is usually caused by Jumbles reservoir overflowing, decided to have a look at the Wayoh and Entwistle and check on their levels. By the way the Entwistle is properly titled the Turton & Entwistle.

I drove to Edgworth and parked just down the road from the Black Bull, walk through the pub car park which takes you to the Wayoh Dam, chatting to a lady dog walker on the way, some of my walks take quite a lot longer than they can as I tend to talk to anyone that will let me, she was the first  but not the last.

The Wayoh was finished in 1876 and was built to ensure water in the summer months to the mills that used to be down stream on  Bradshaw Brook, all gone now. The circular over flow is a wonderful construction they made it pretty, labour was cheap and money was plentiful in the old days. 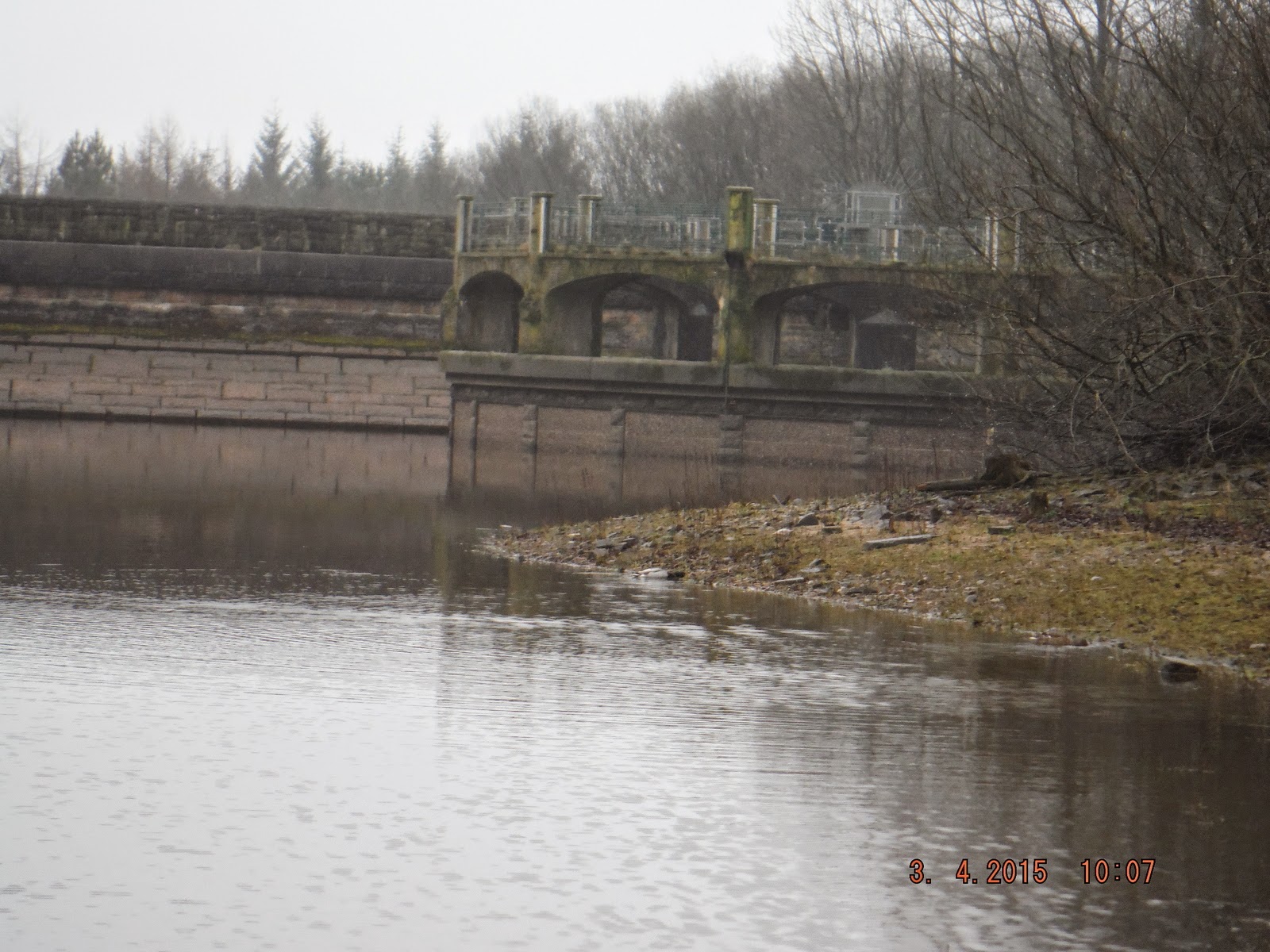 As you can see the water level is well down, especially taking into count the amount of rain that we have had over the last few weeks. 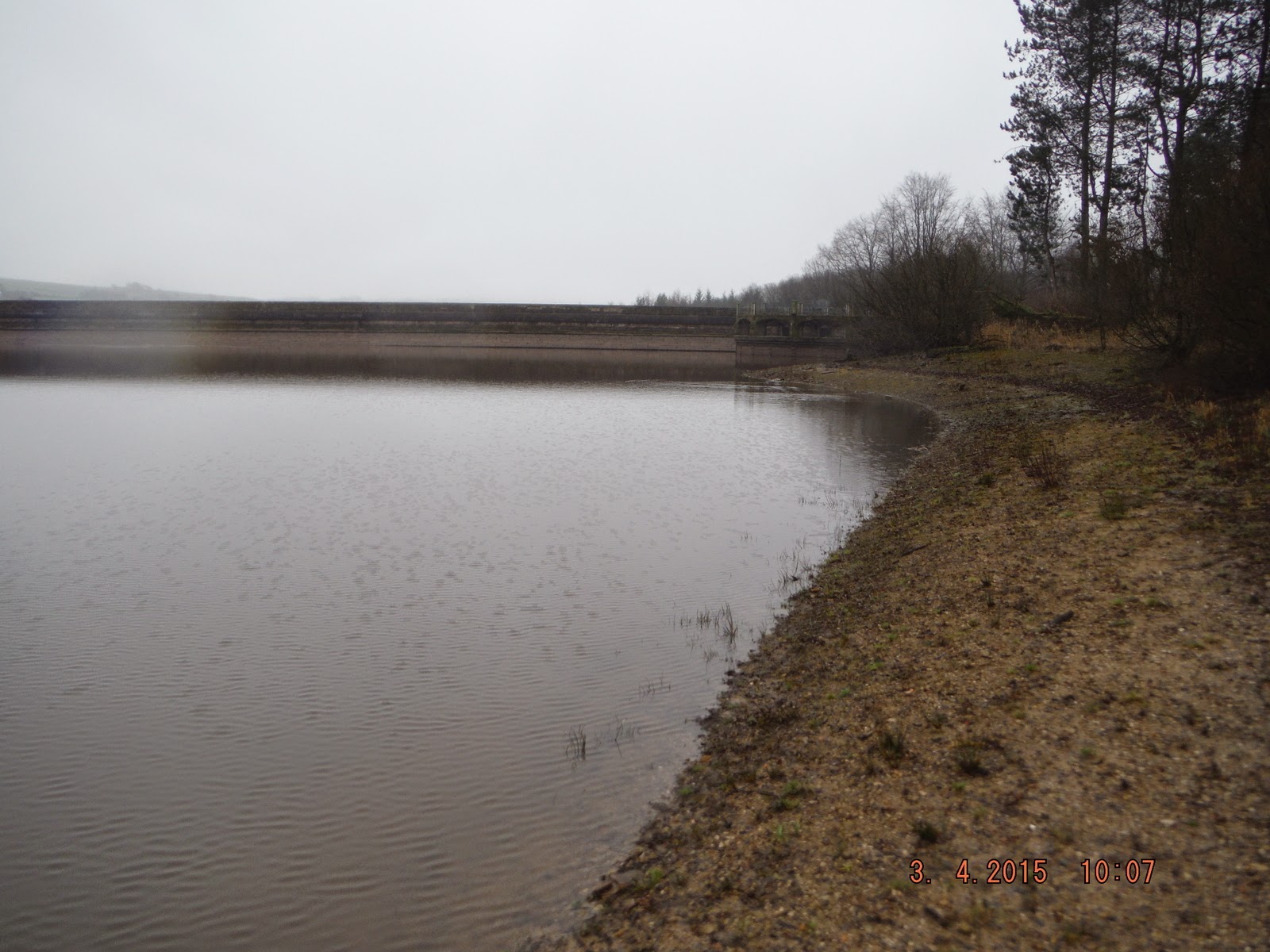 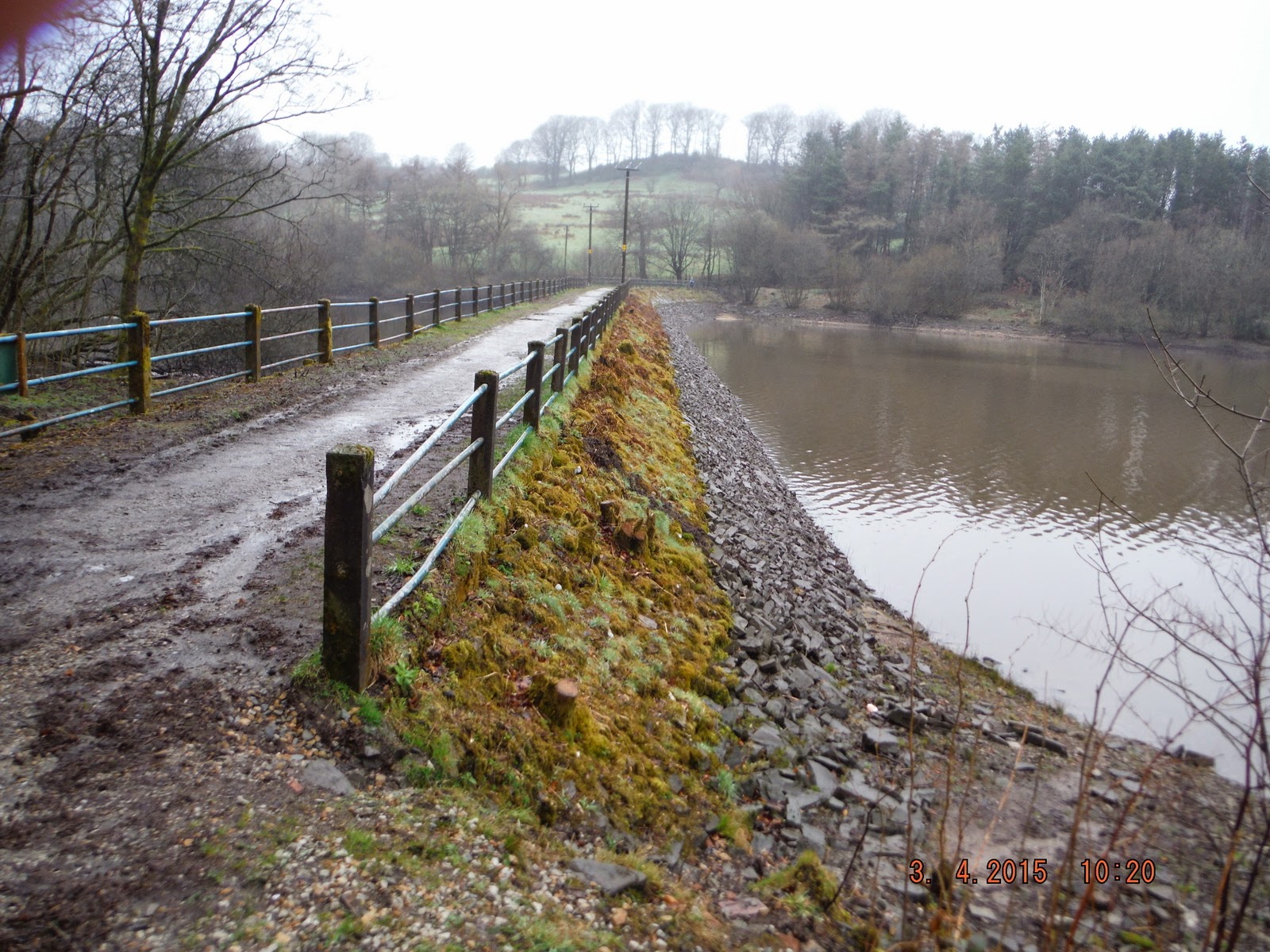 The reason it is low and the reason Bradshaw Brook is getting extra water is due to work being carried out on the overflow slip way. 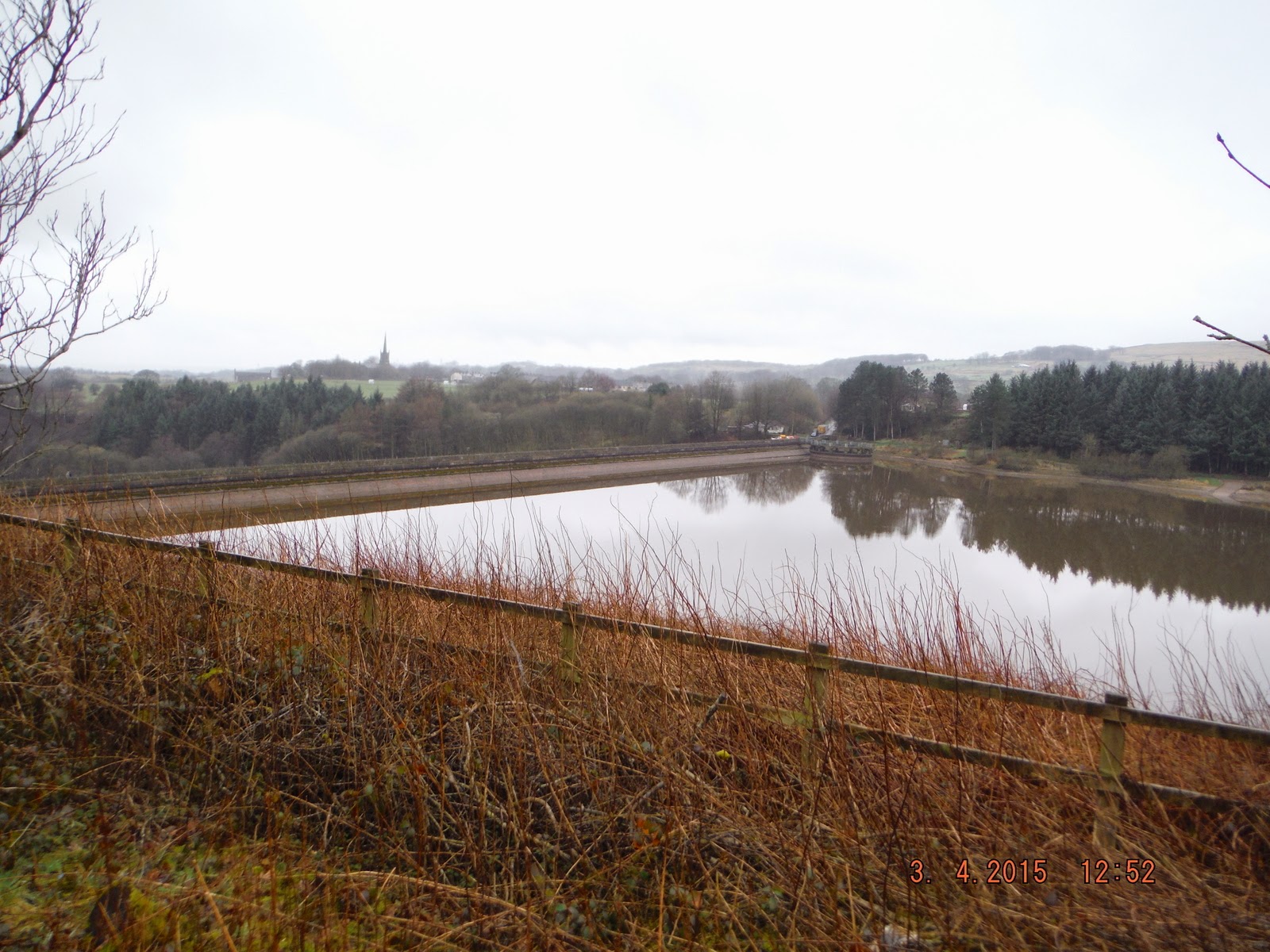 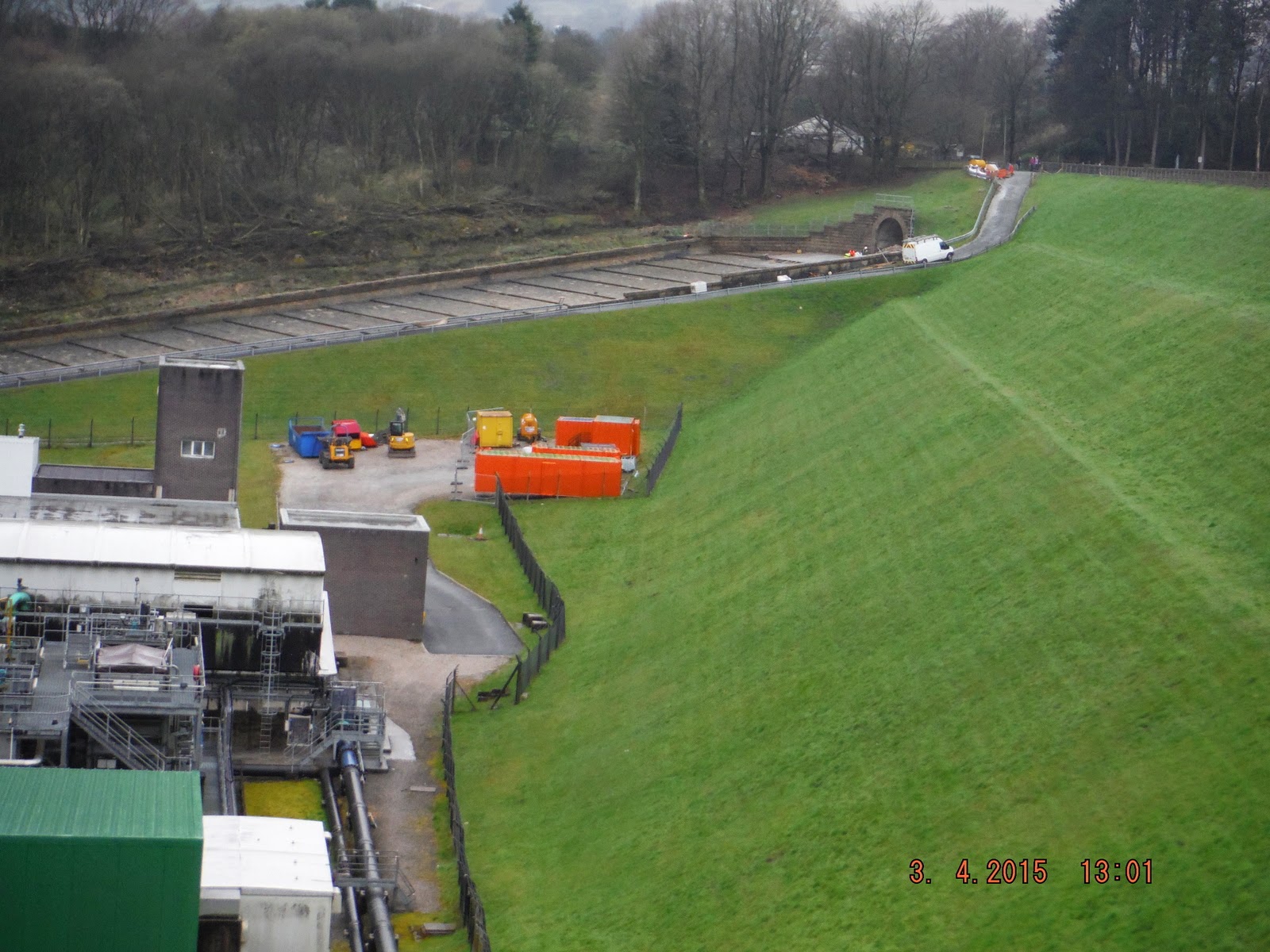 What they are doing to the slipway I don't know. The works on the left is the water purification plant the supplies Bolton with drinking water. There is also a outlet that runs by the works which is running high and dirty and keeping the level of Wayoh down.

I crossed the dam and walked up the left bank of the reservoir which took me to the concession path to the Entwistle. 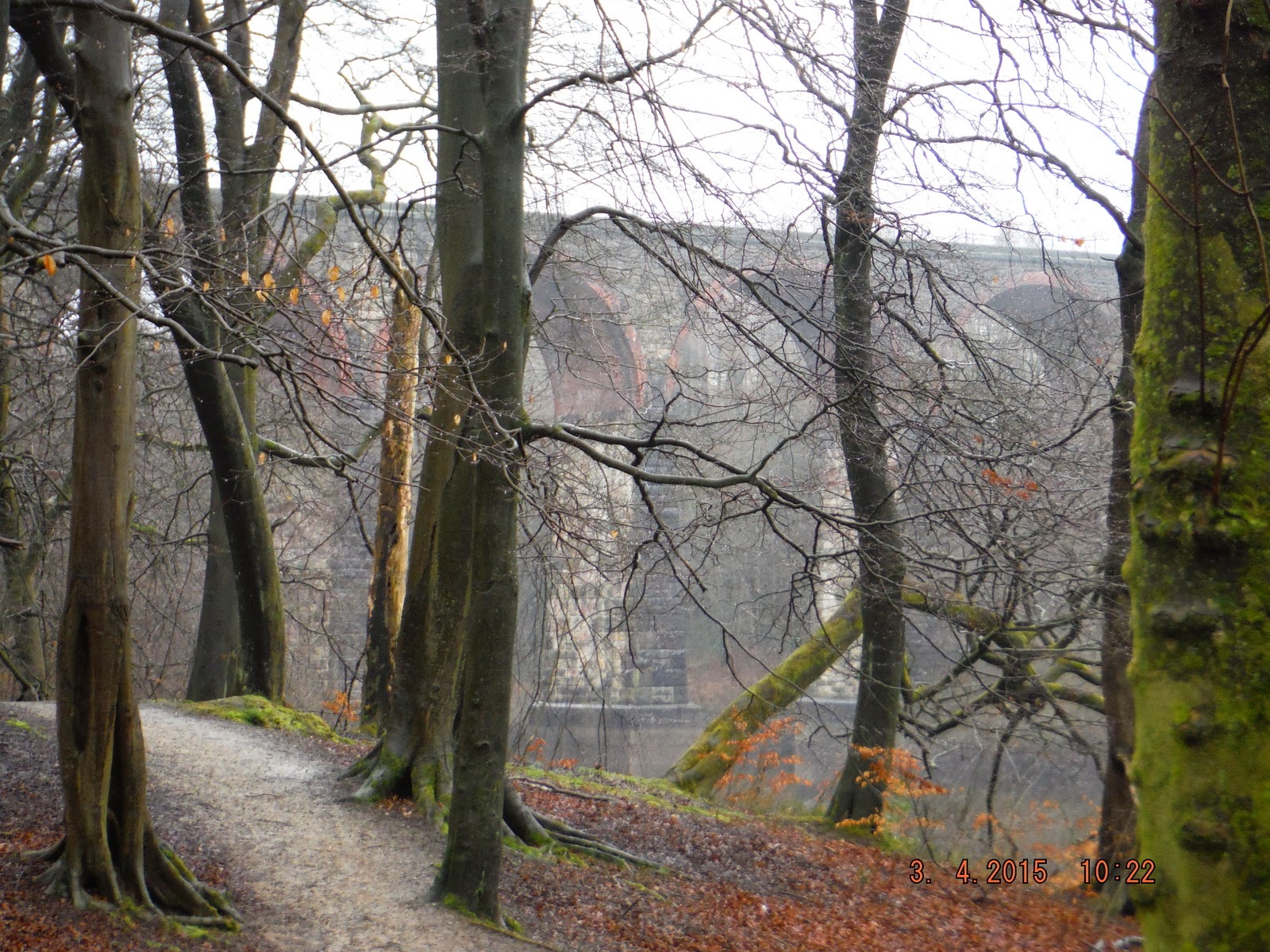 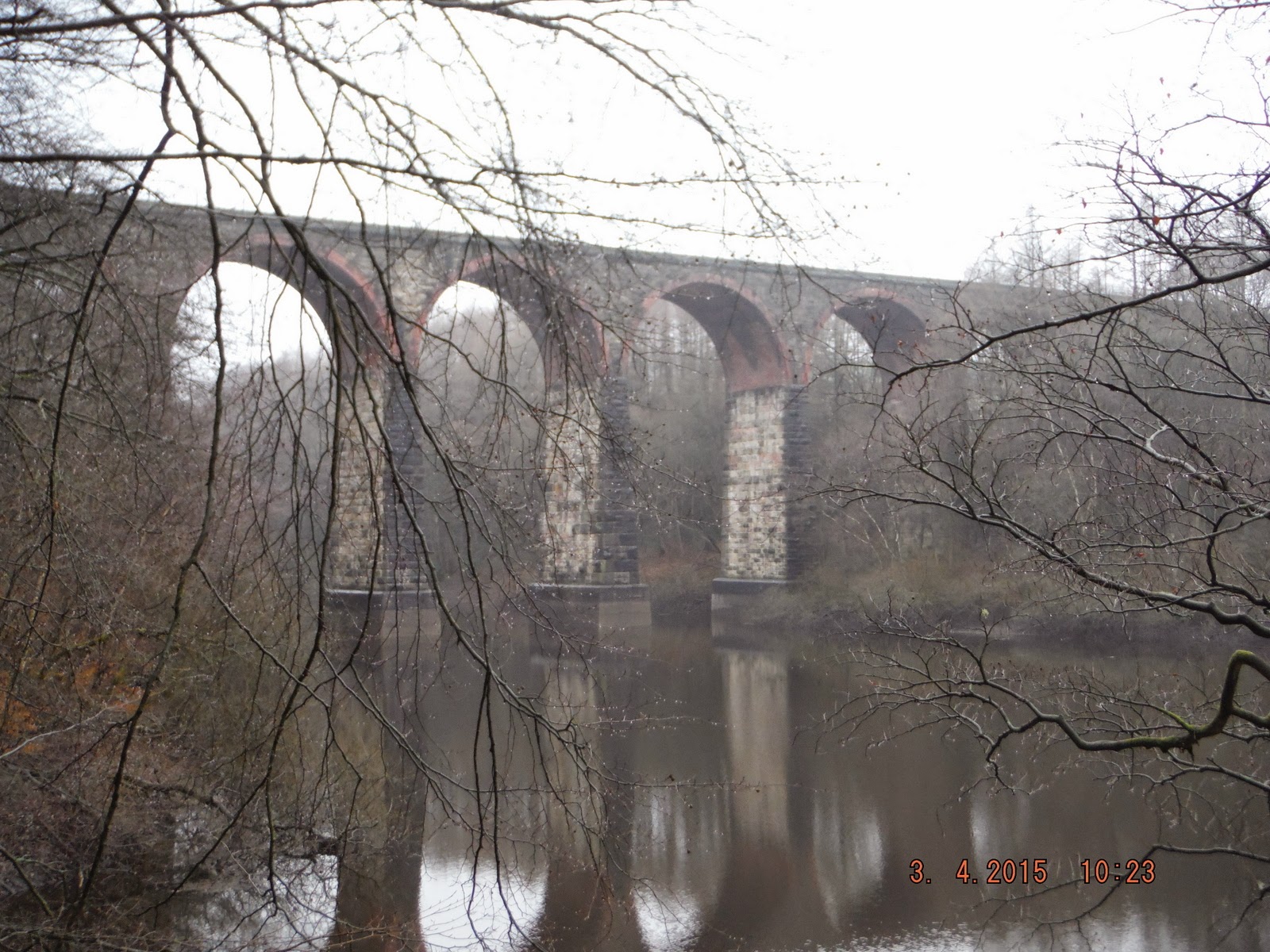 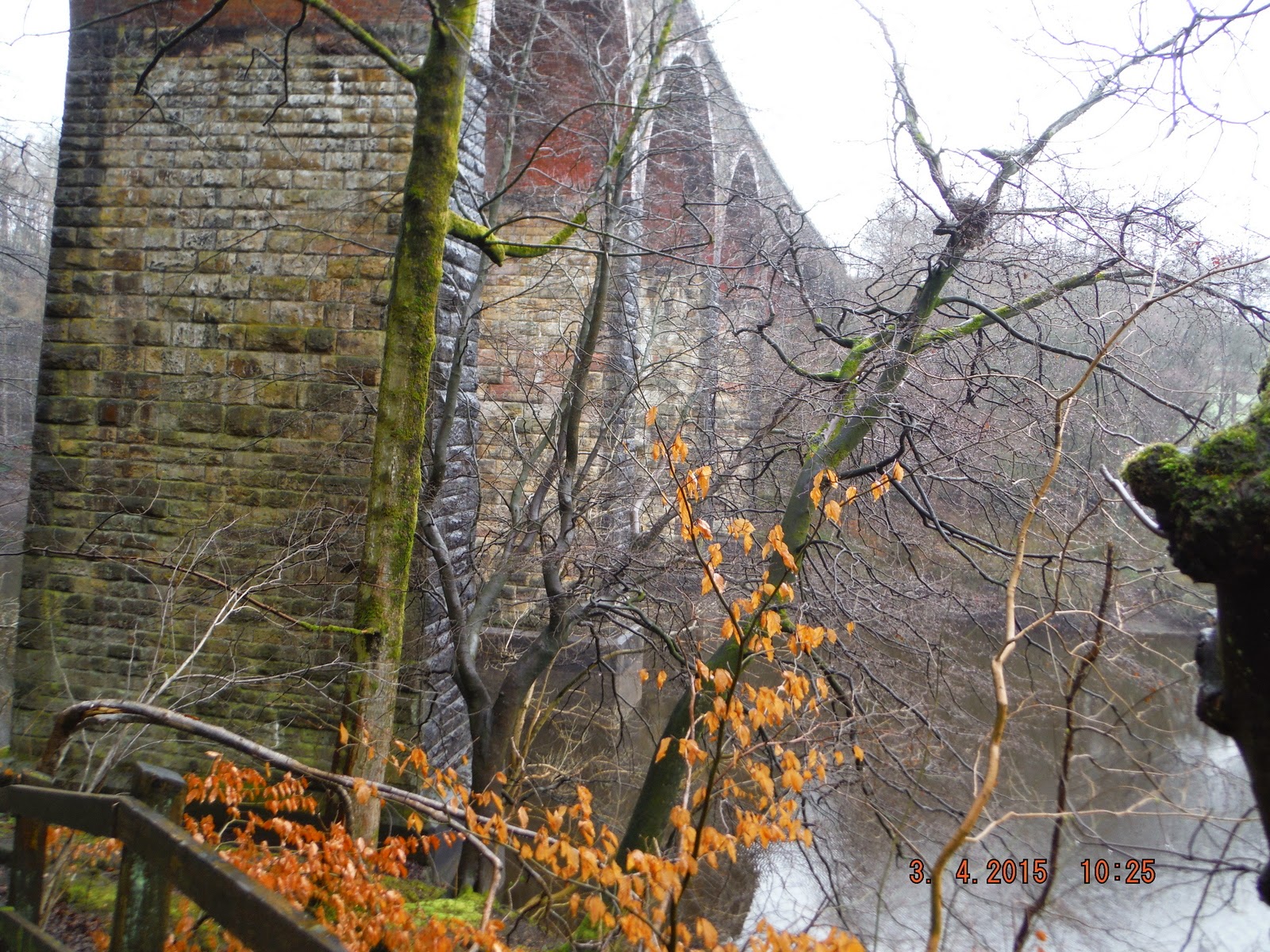 The path takes you under the eight arch railway viaduct which crosses part of the reservoir, it was built in 1848 before the Wayoh was constructed. How they got the materials for the bridge to this location is beyond me. 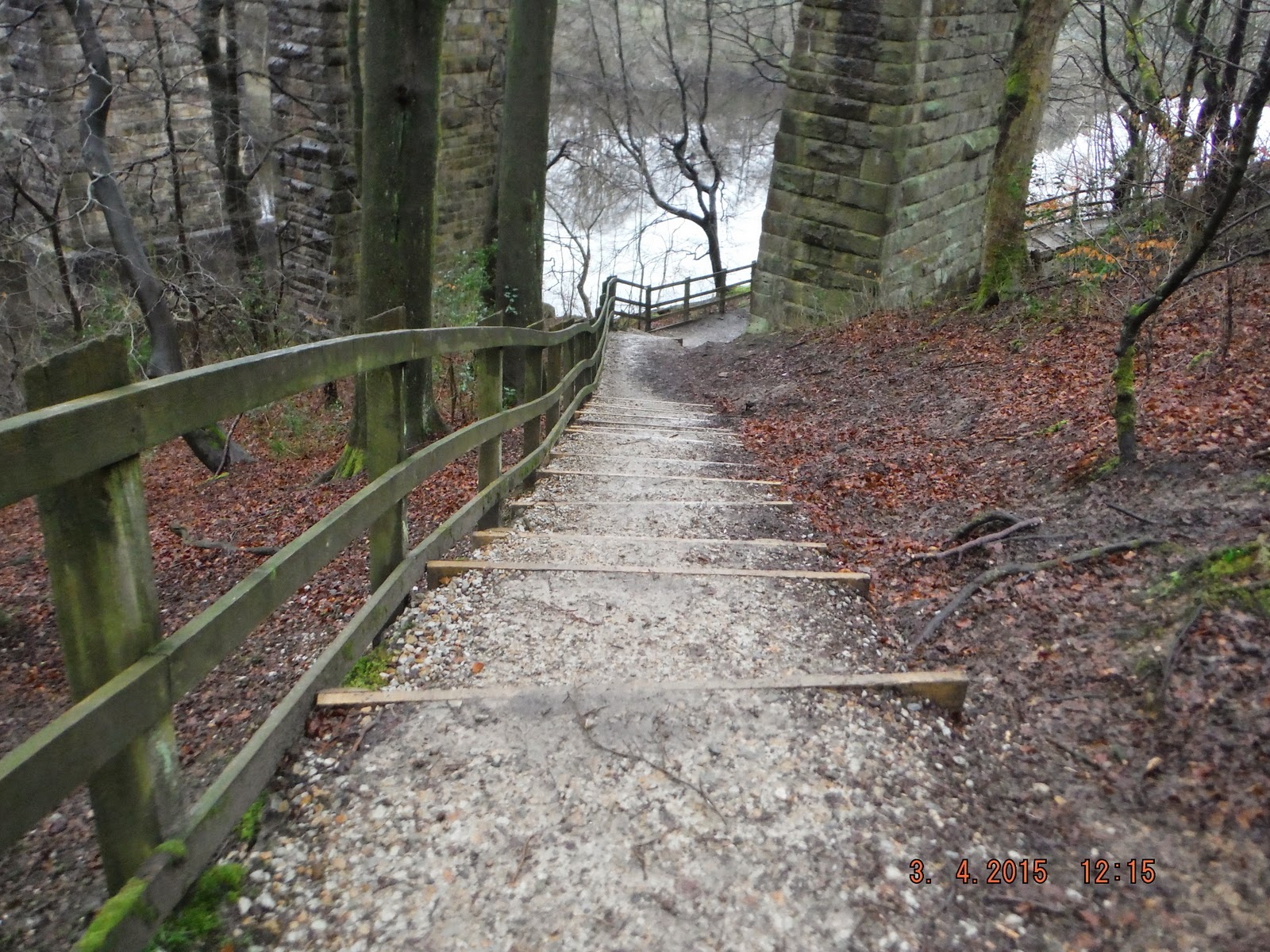 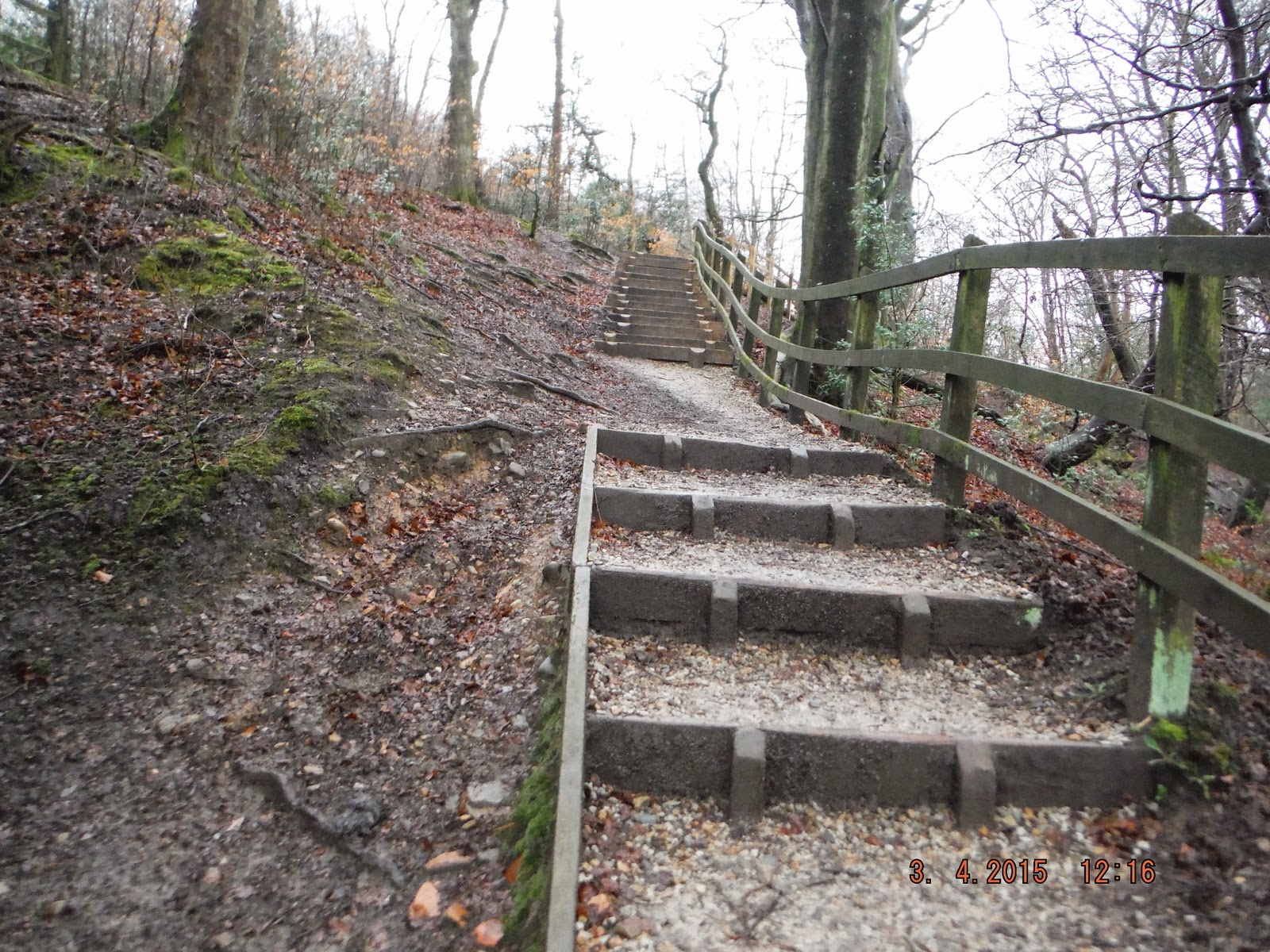 After the viaduct a bit of climbing takes you up to the Entwistle. 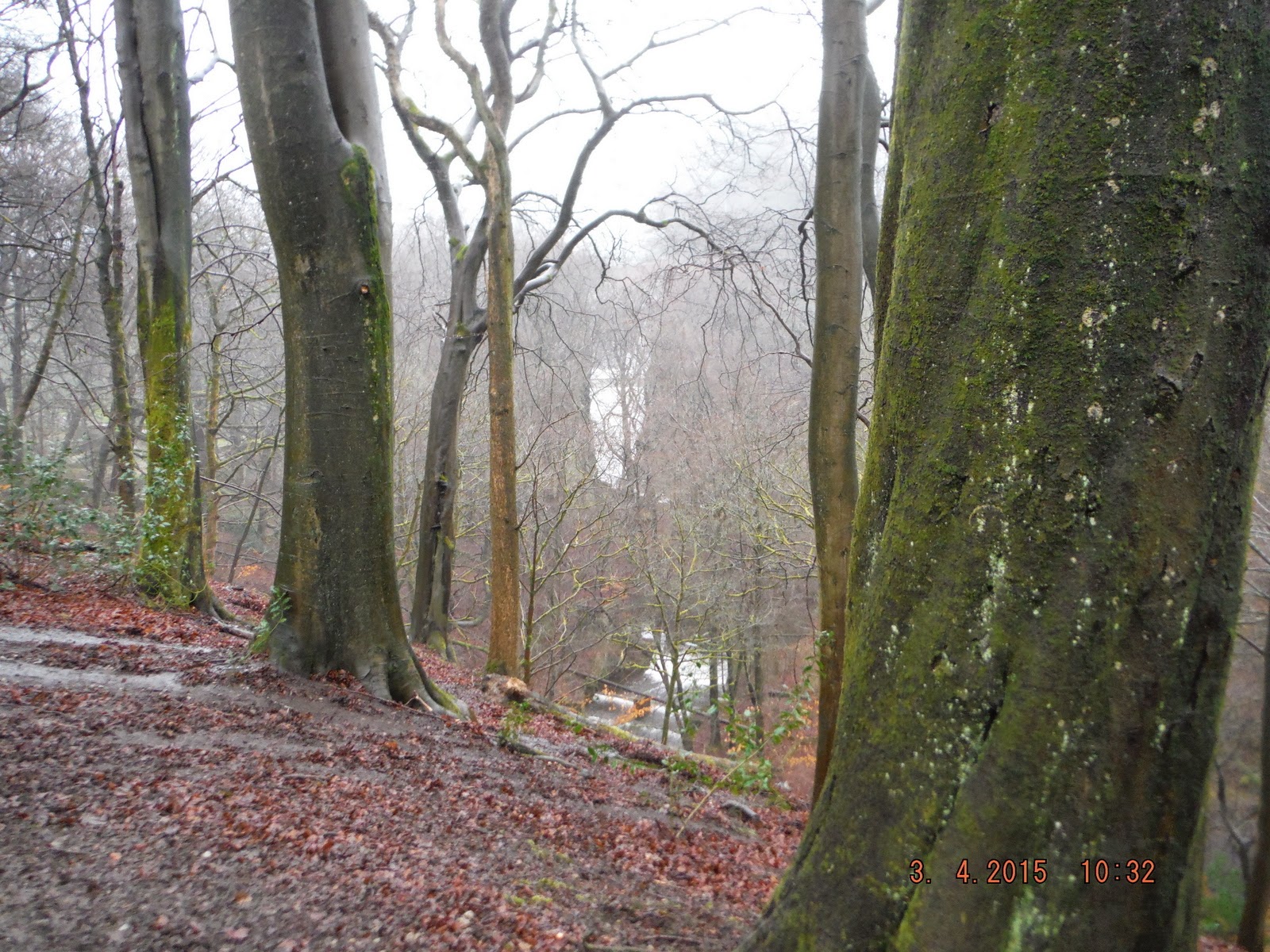 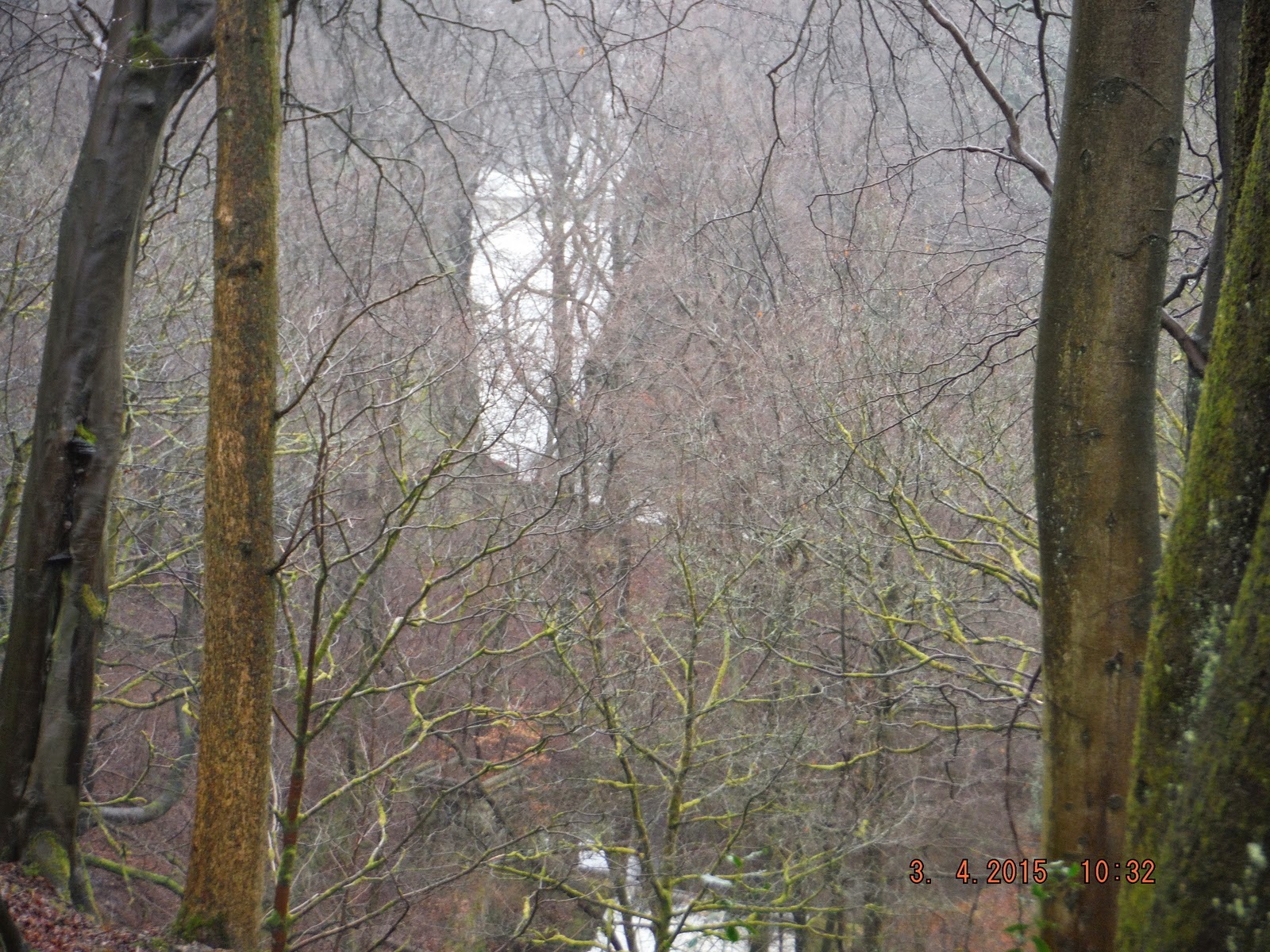 On the way up a sight that you don't get very often, the Entwistle over flow, by the end of the month with leaves on the trees you my hear it but not see it and it seldom runs in the summer months. 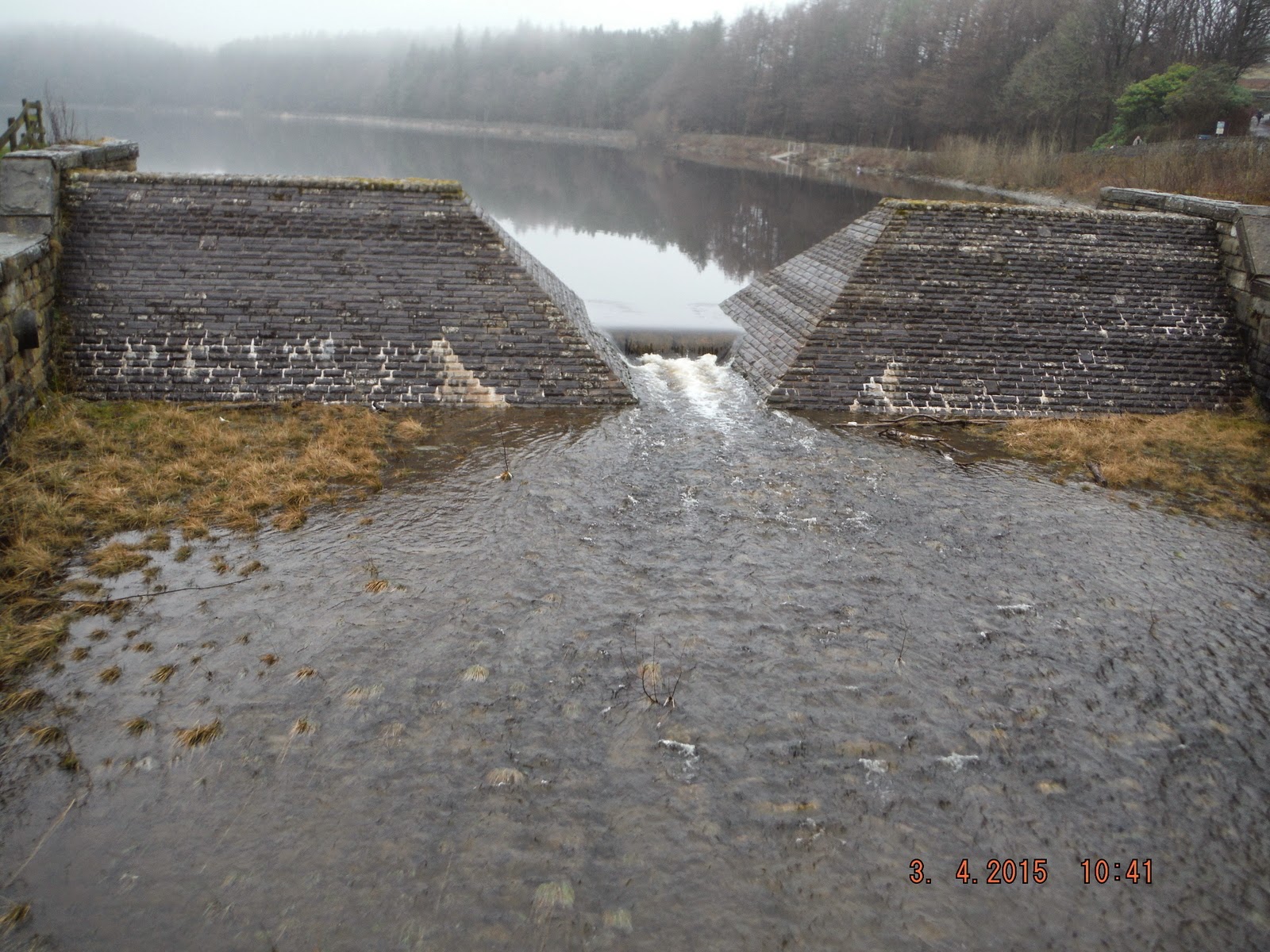 Although the overflow is taking water I found signs, whilst walk round the reservoir, that the level had been a lot higher, parts of the paths round the bank show evidence of being flooded not long ago. 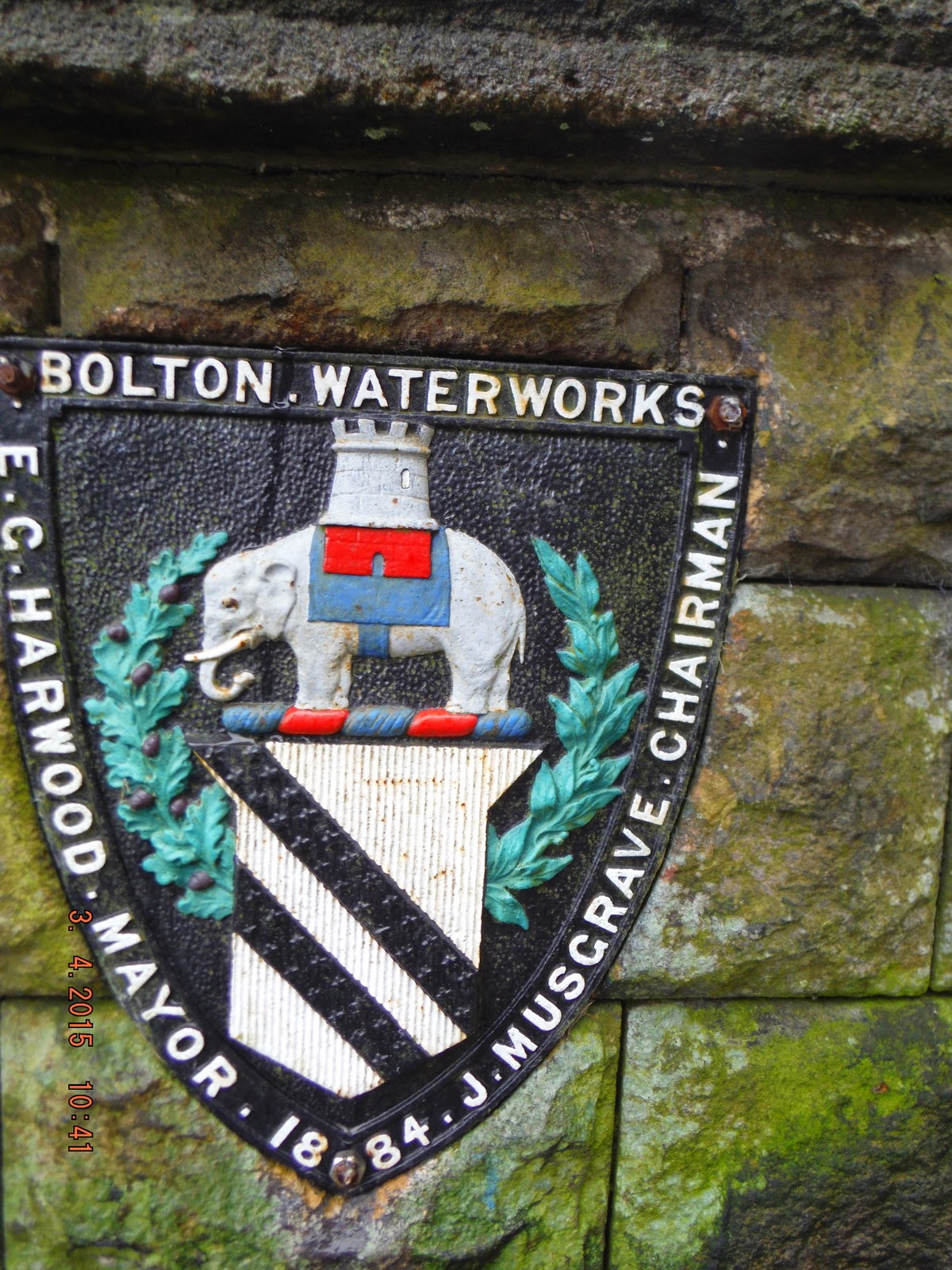 The reservoir was completed in 1832 and was paid for by a group of local mill owners.
My information is that Bolton Council Water Works took over the reservoir in 1864, so I am not sure what this plaque is for, maybe for when the new overflow channel and valve tower were completed. 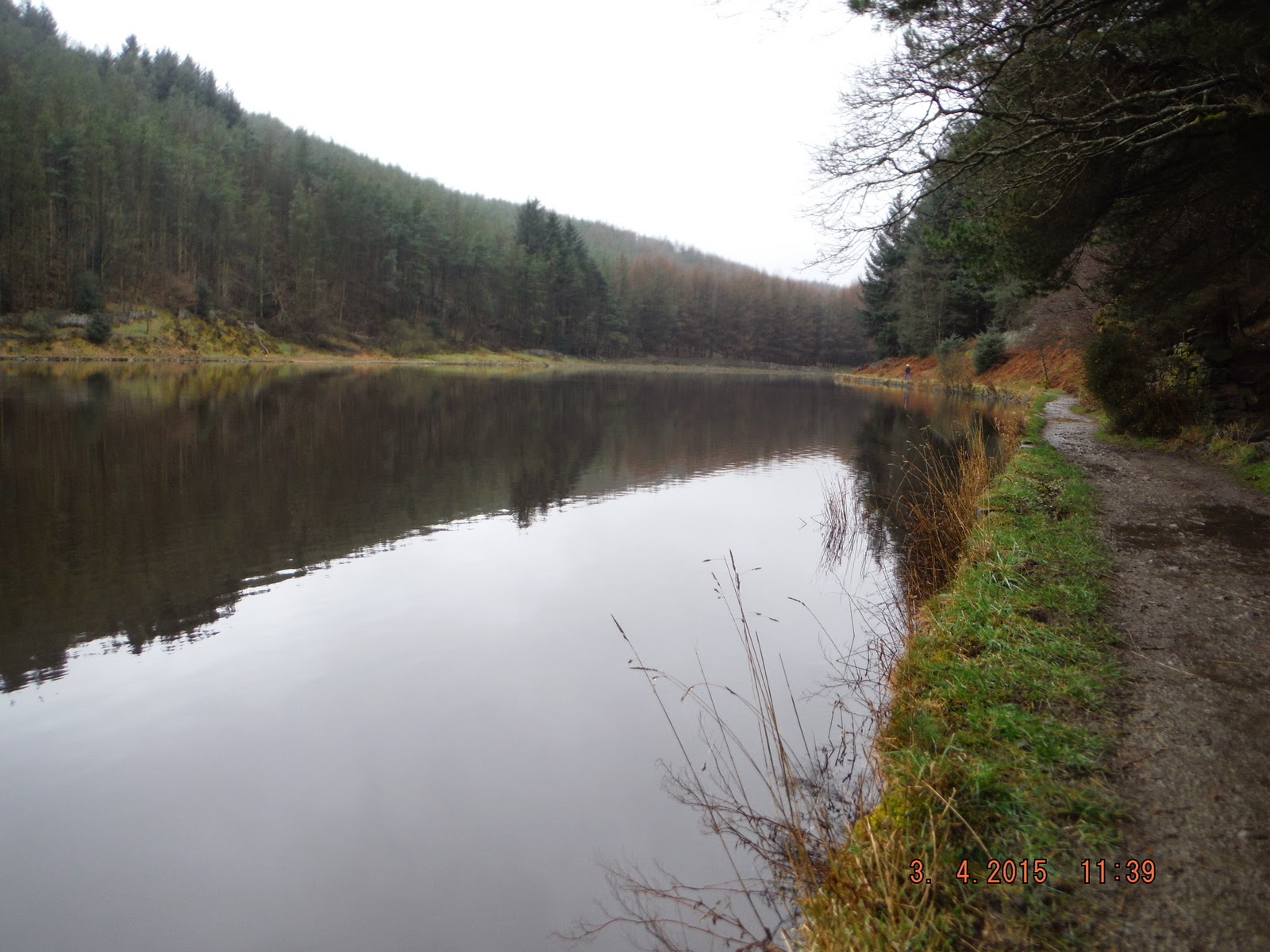 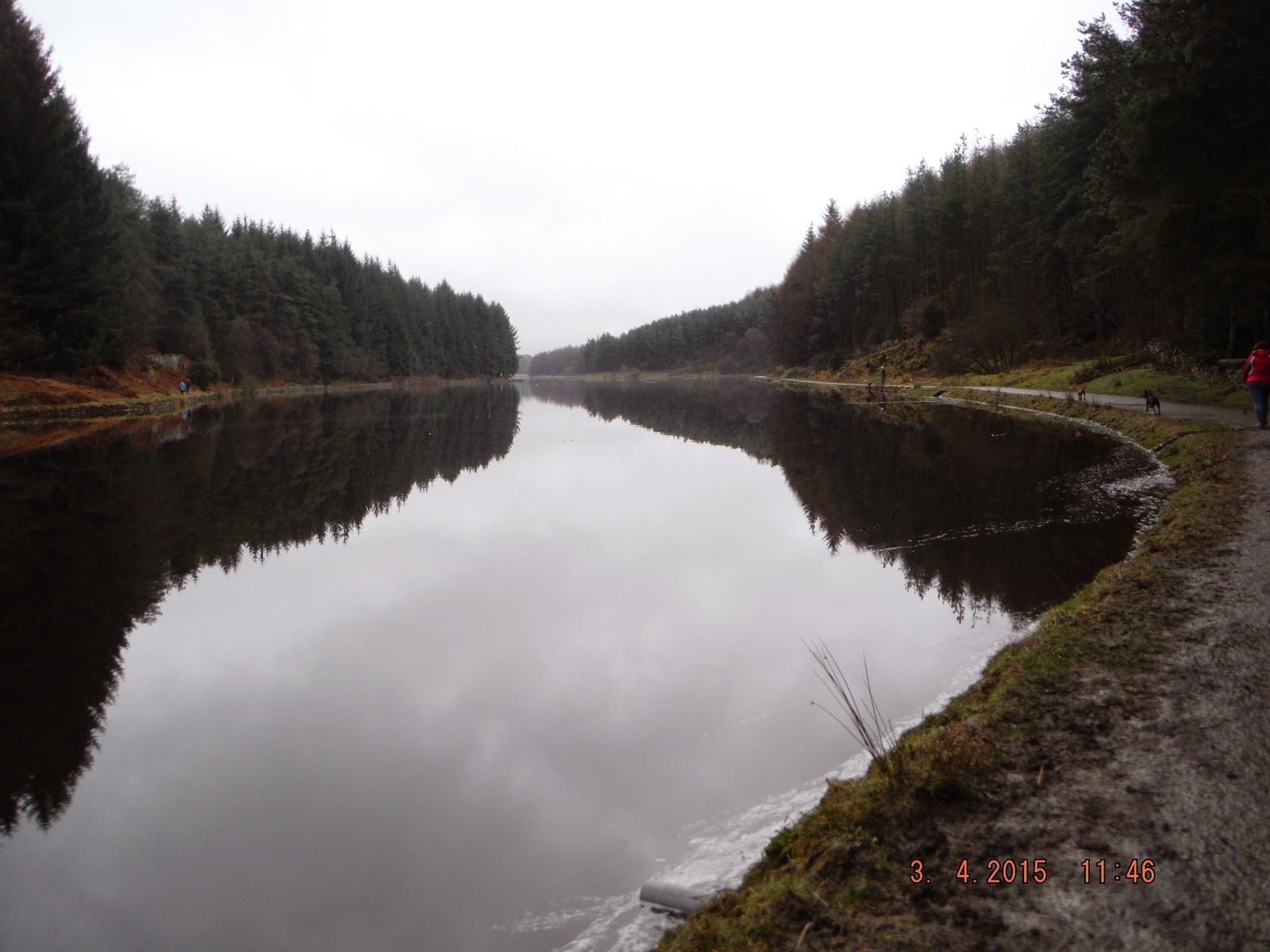 It's a good walk around Entwistle but not one unless you have water proof shoes, at the moment  there is plenty mud and puddles of water on the path. 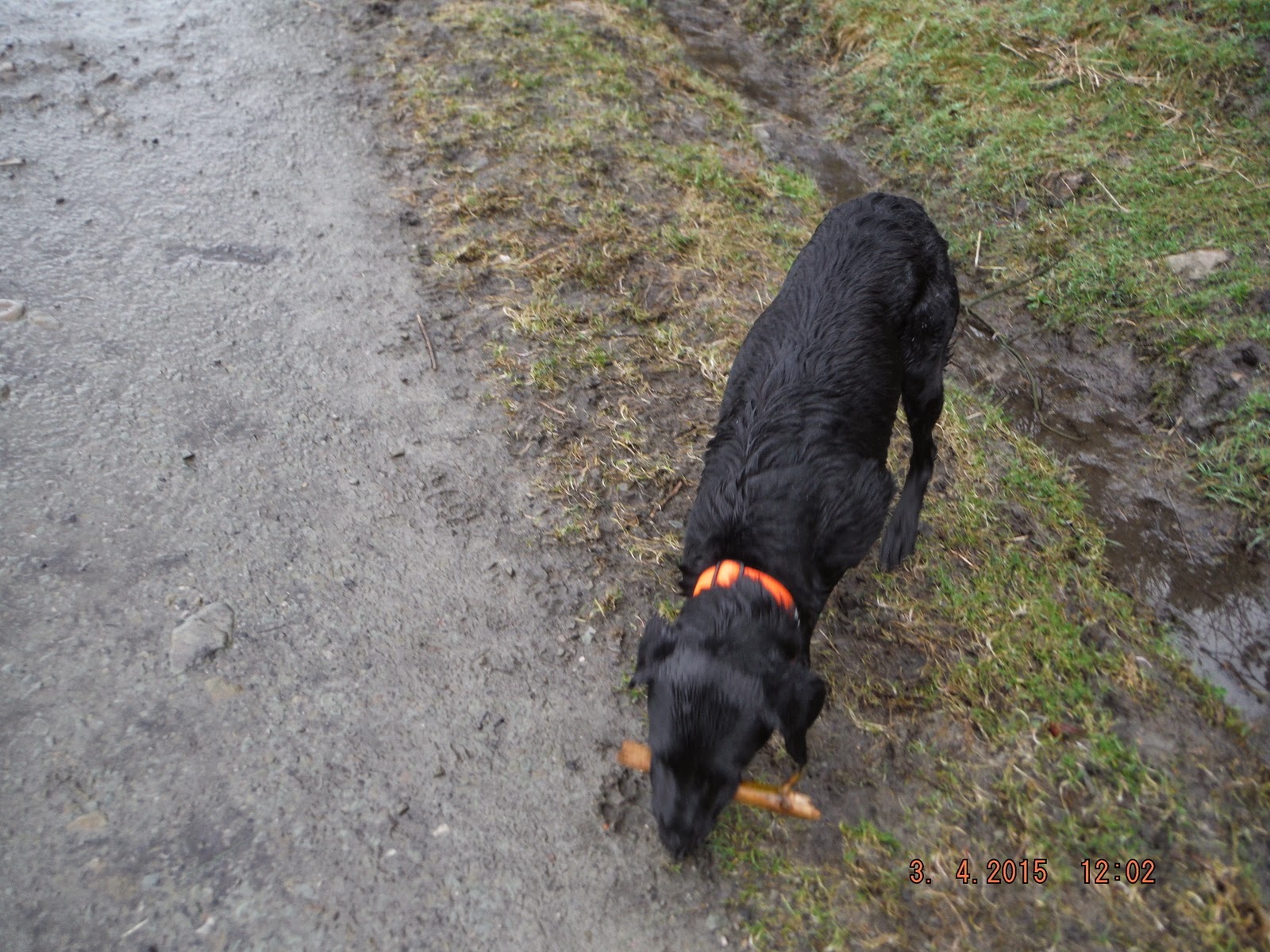 I made friends with this Labrador, who loved to retrieve this stick from the water, once he got me to through it in, he just kept bringing it back to me. Of course I had a chat with the owners. 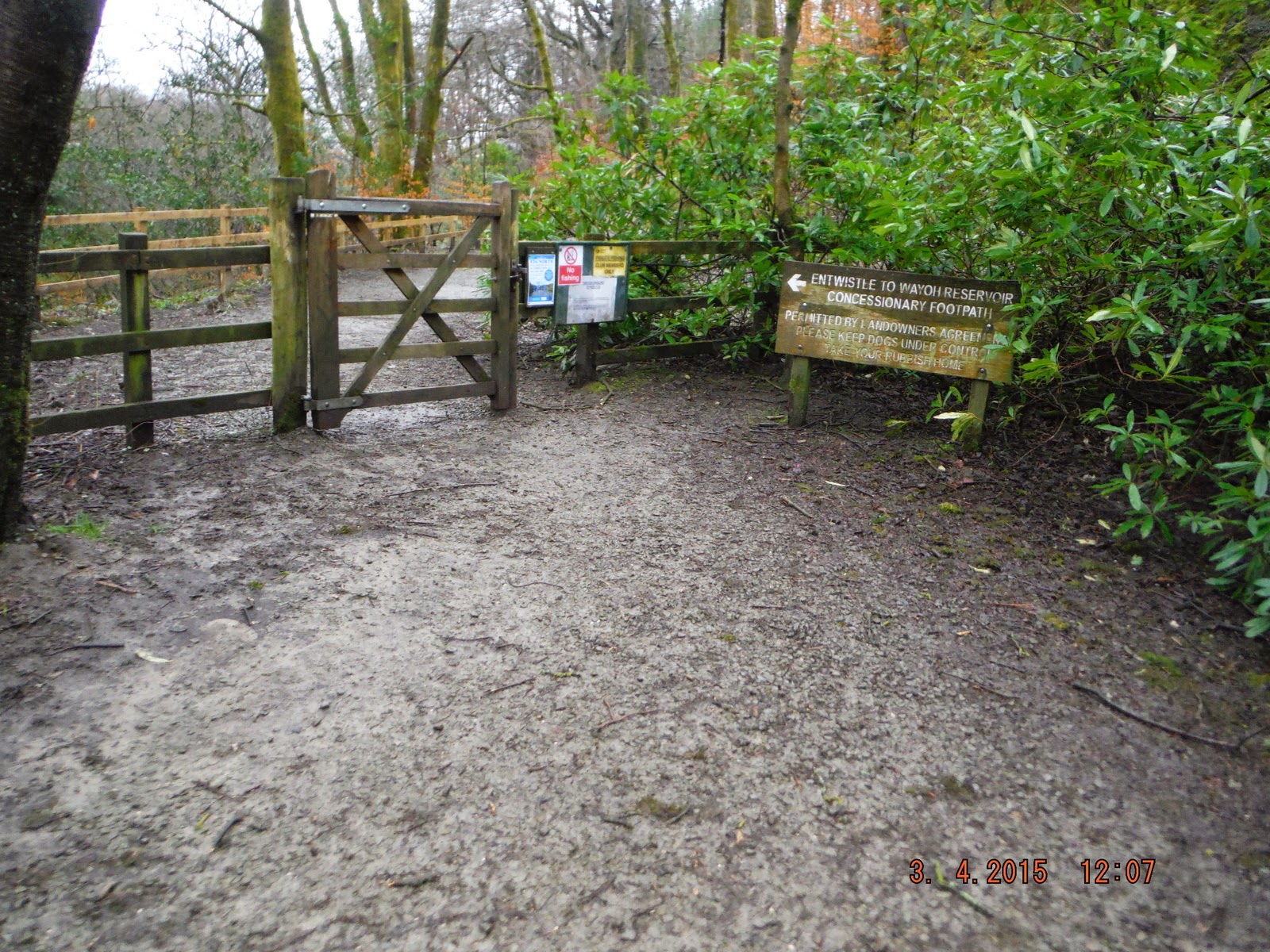 Once round Entwistle I took the path back down to Wayoh and continued my walk down the other bank. 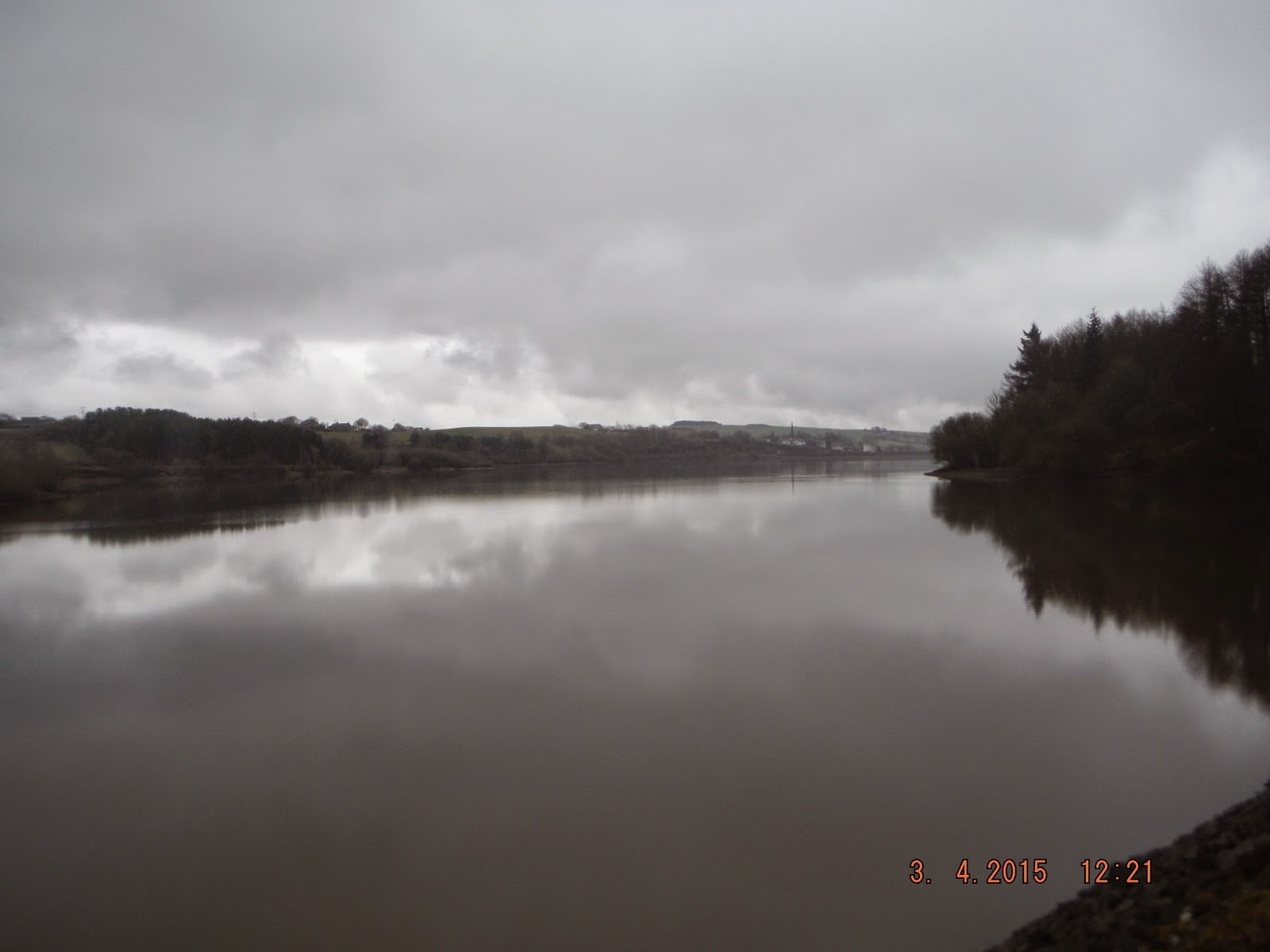 It had been drizzling since I started walking but now it came on a lot harder for a while. 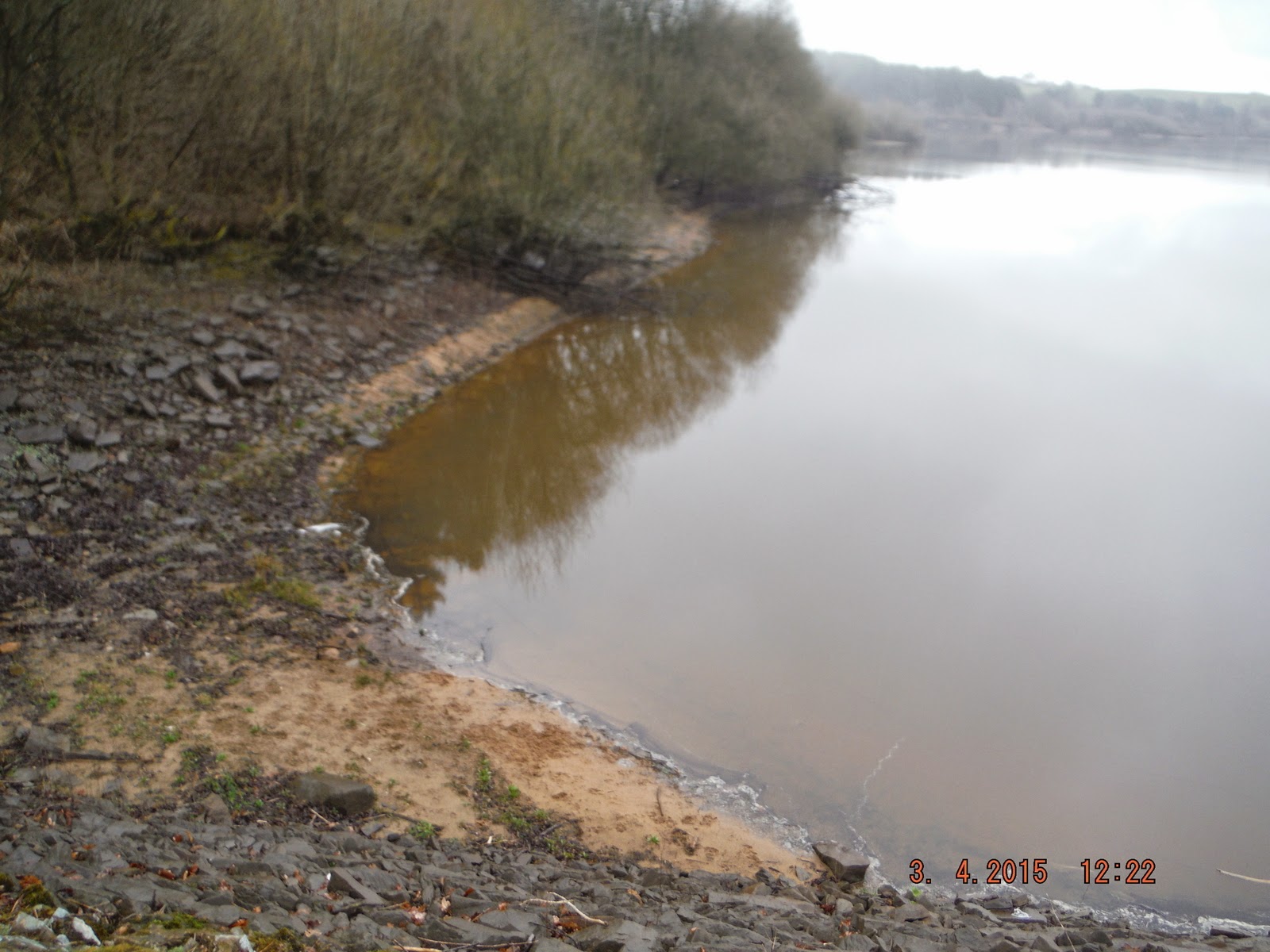 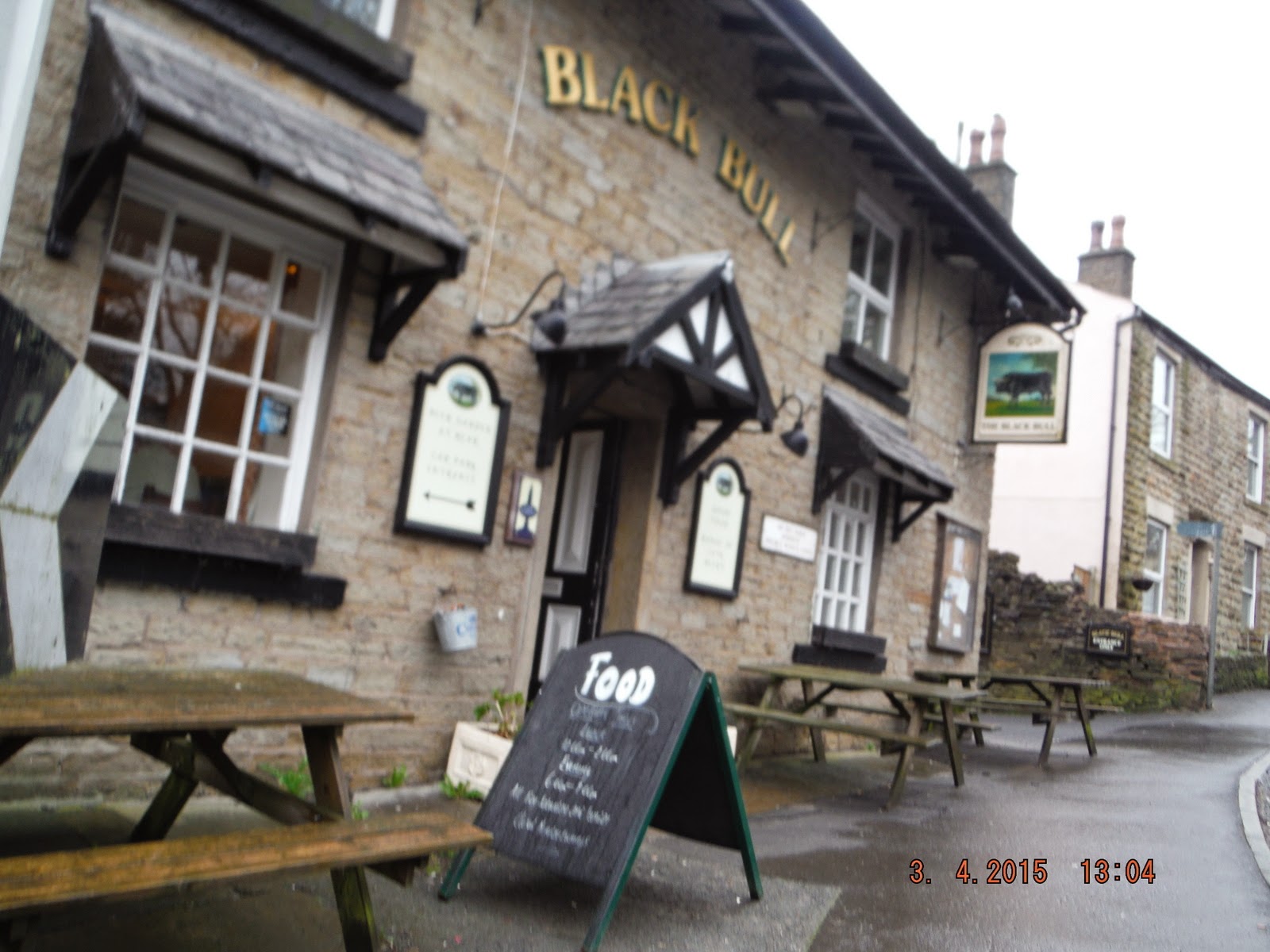 Back at the Black Bull, thought about it but with muddy boots decided not.

Next stop was Jumbles, which unlike the other two is a resent addition to Bradshaw Brook only being constructed in 1971. to see if it was full and it was, to overflowing. 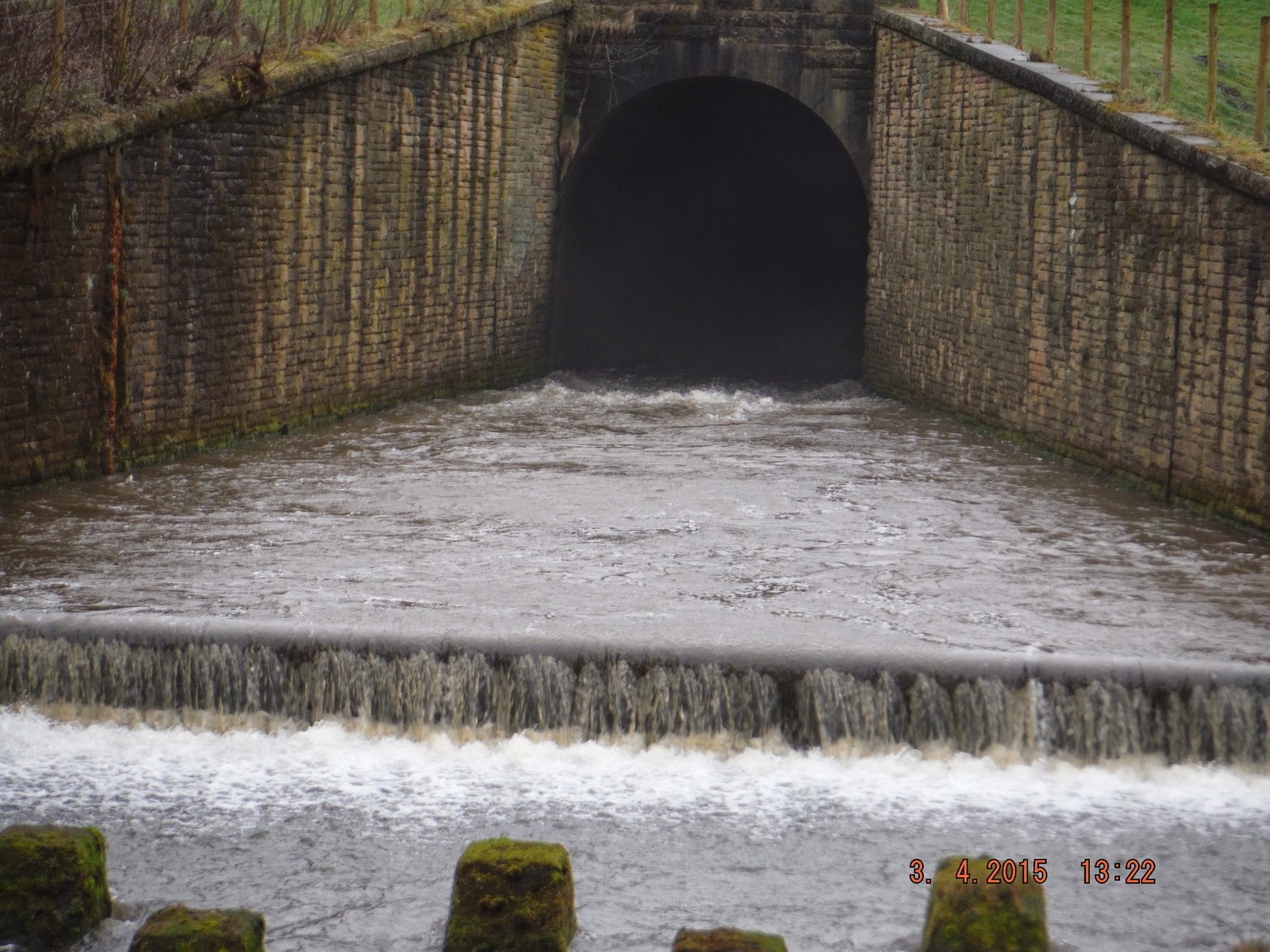 What surprised me was that the Entwistle was clear water whilst Wayoh is totally muddy brown which is making Jumbles the same and of course Bradshaw Brook. Not very good for the fishing, will just have to hope that it starts running clearer next week.

Just had a bit of a shock the sun came out, first time today.
Posted by Flyfishing the Irwell and other streams at Friday, April 03, 2015