Yes I know it's eight days, felt like a month.

Last Friday, 10th, I fished the river Croal from the Irwell through to Moses Gate Park.  Nothing rising and nothing caught, all I can say is that the river looks nice, in places! 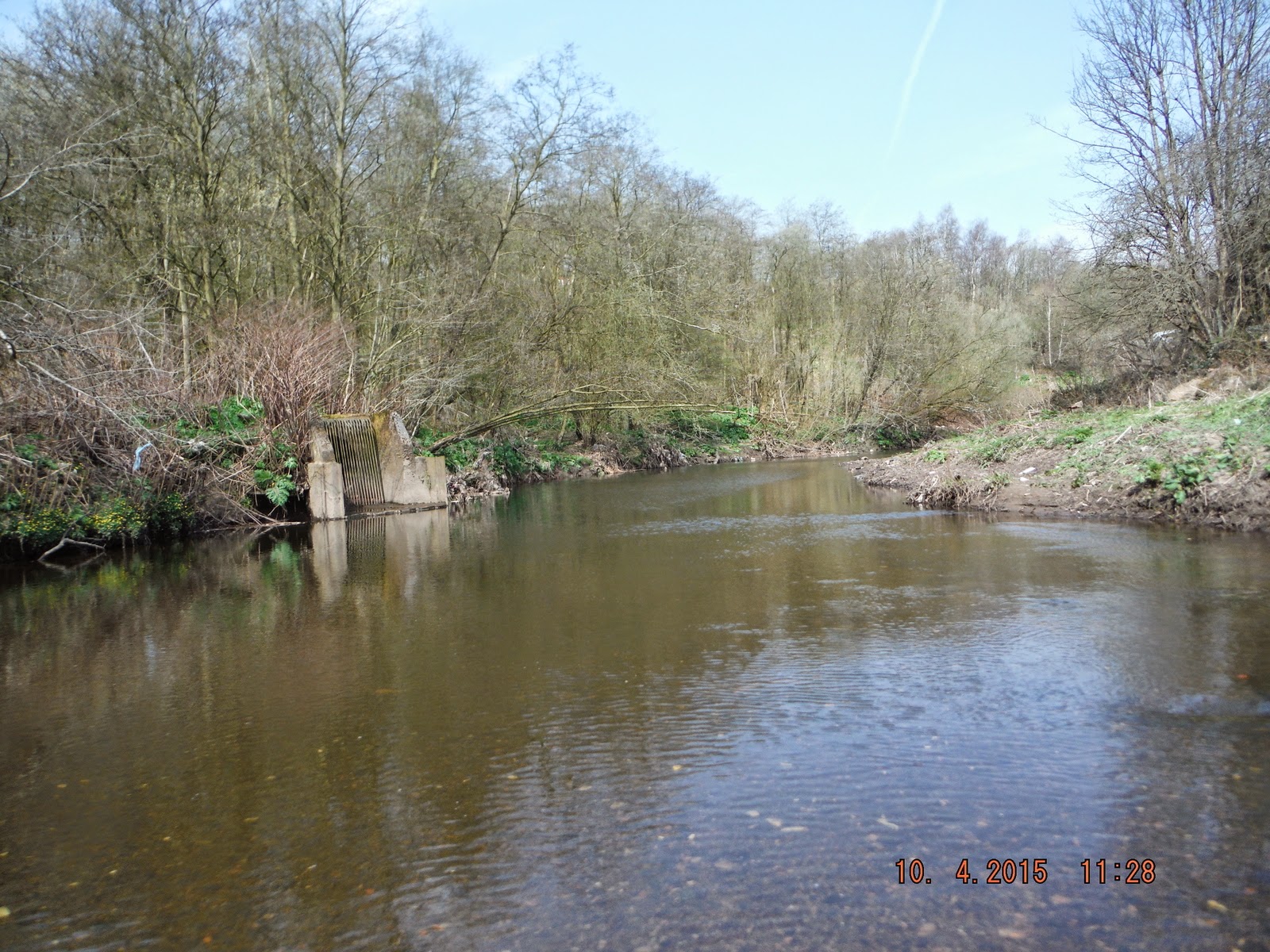 Not near the sewer overflows. 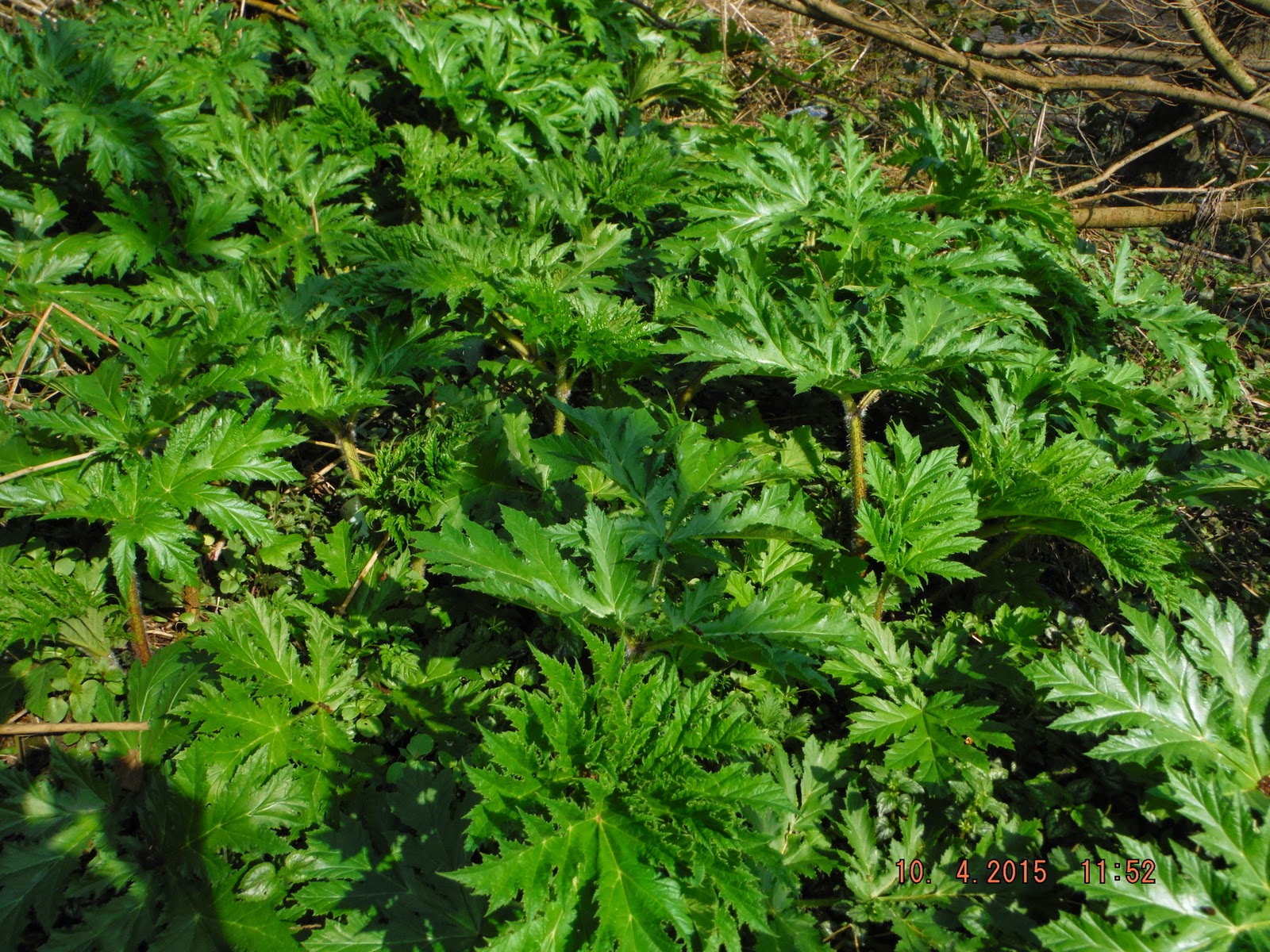 The Giant Hog Weed was only a foot high, it will be 2 or 3 feet by now. Bloody awful stuff, it's everywhere. 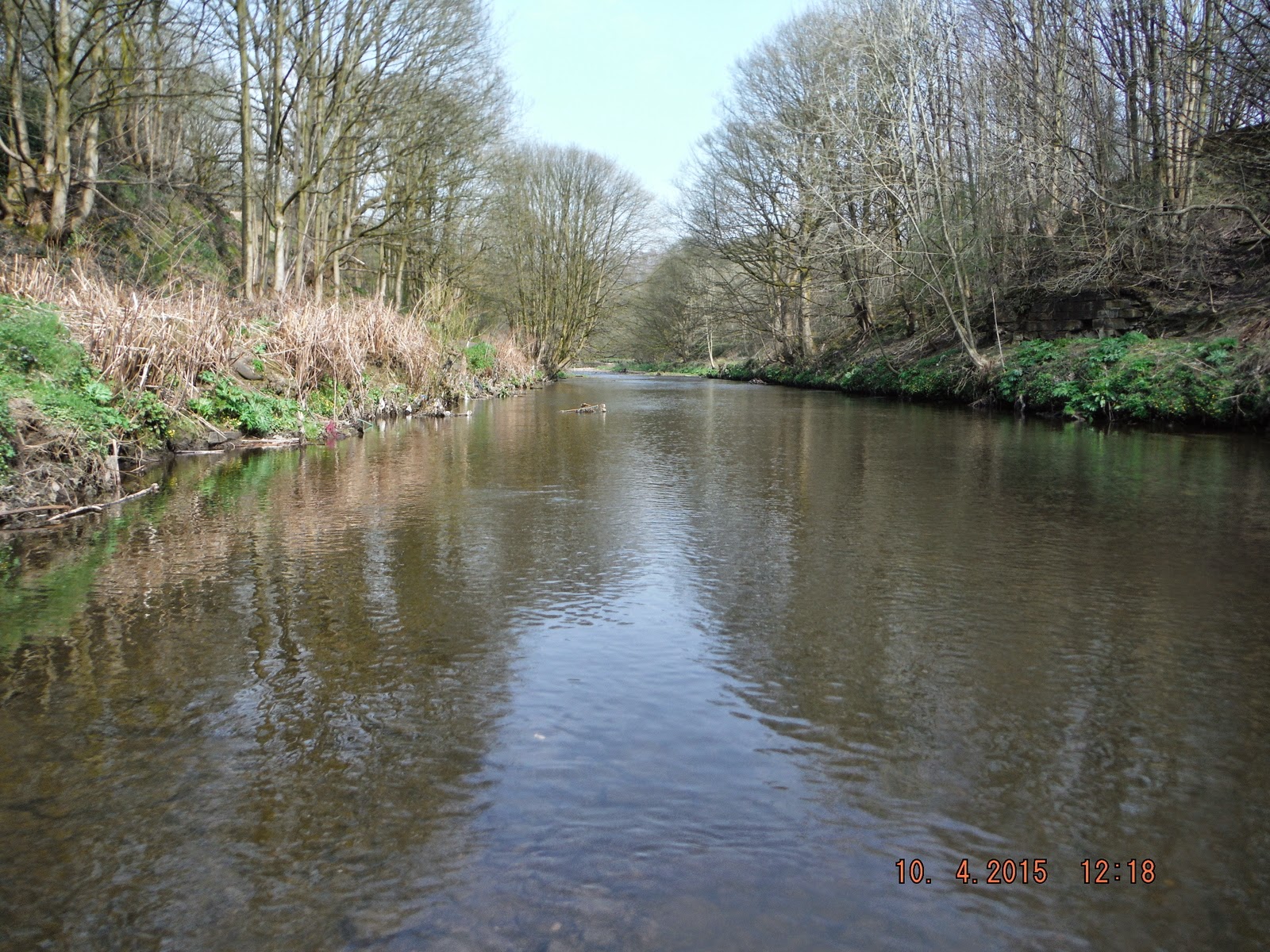 On Saturday I made my first visit to the Irwell at Sion Road in Radcliffe, should not have bothered. Nothing doing again. 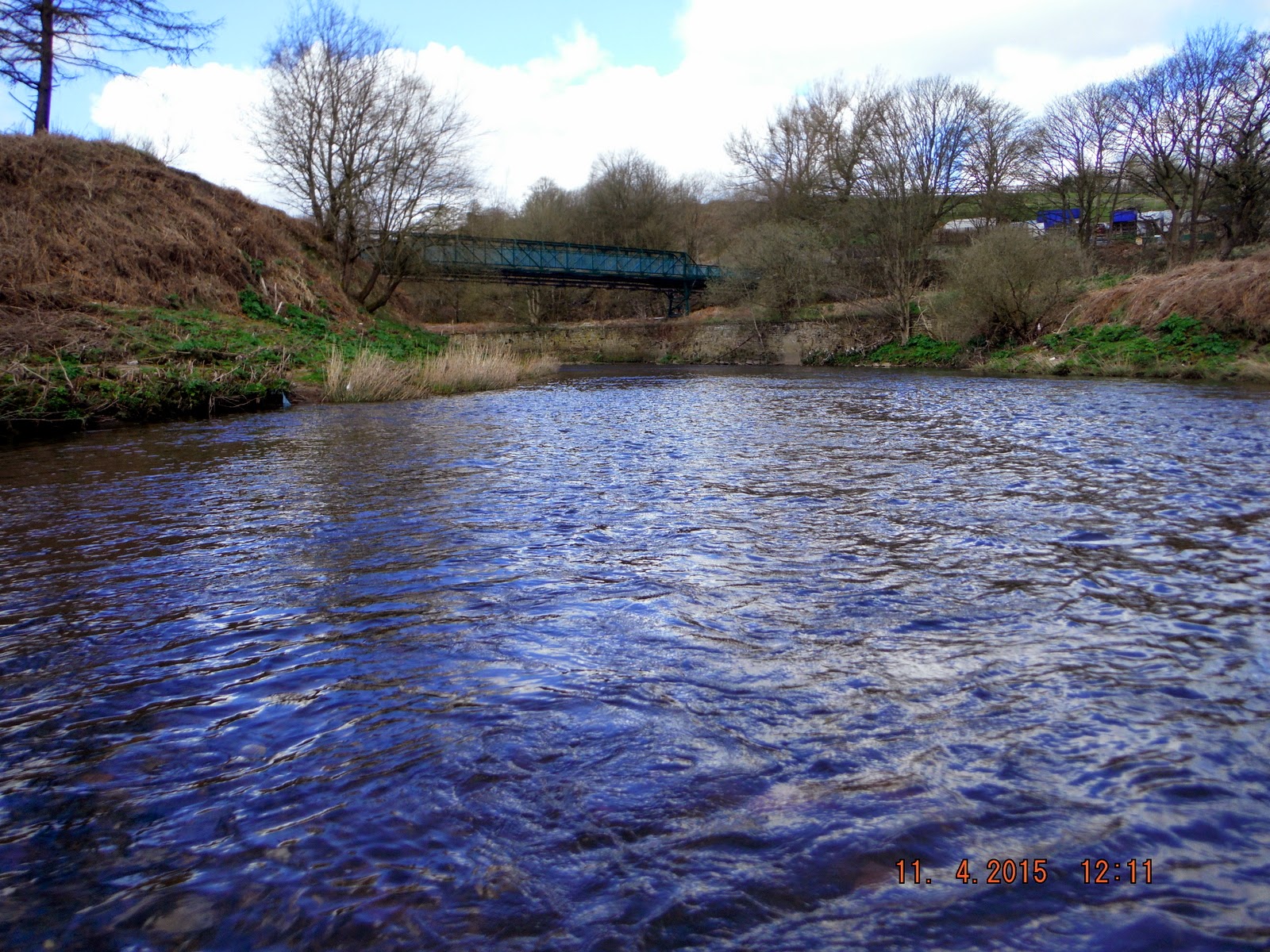 Most of it becomes almost unfishable once the Giant Hog Weed is up. 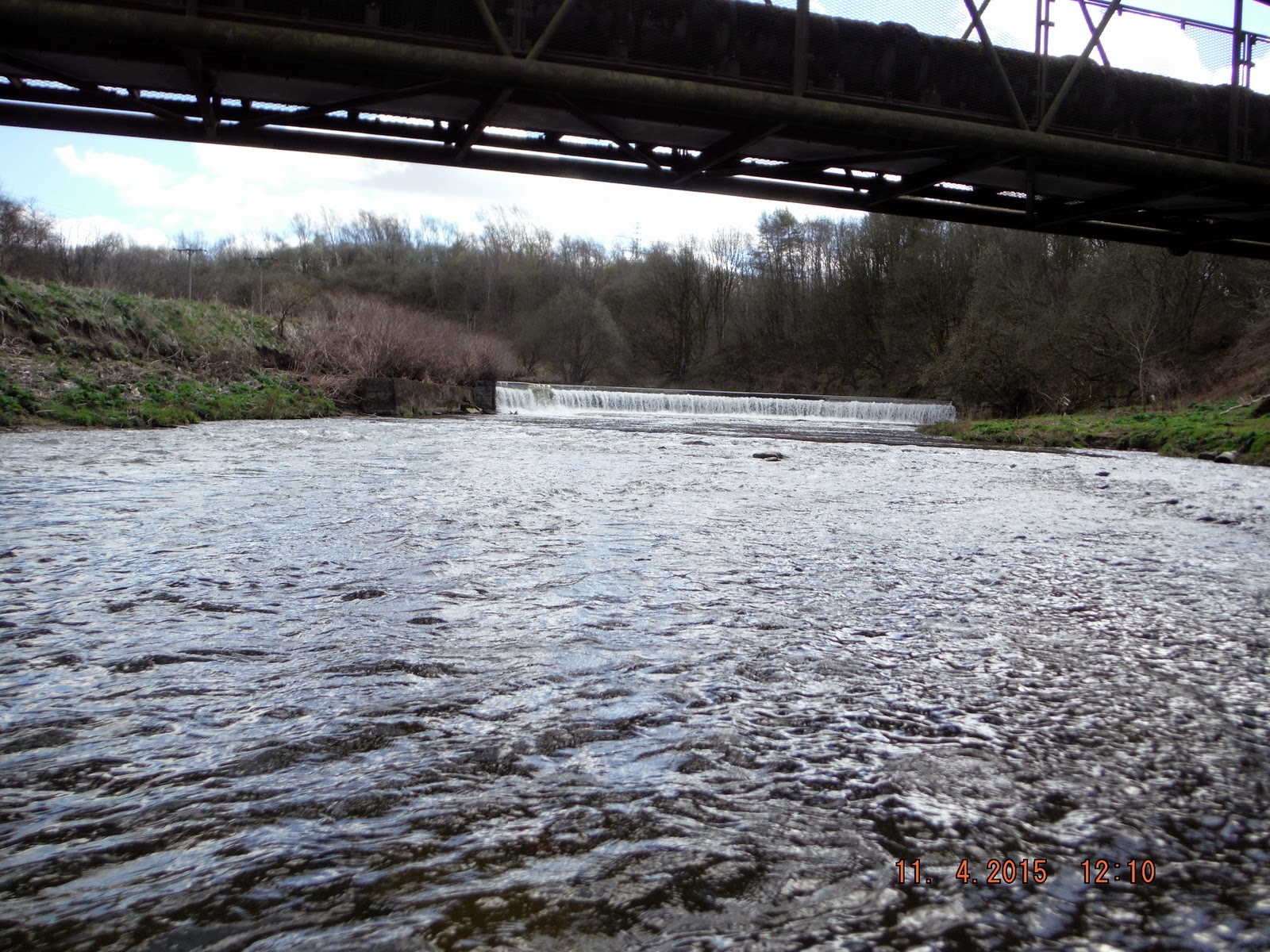 The Irwell looked fine but no sign of fish or flies. Gave it a good thrashing with nymph.

My next outing was on Thursday 16th to the River Roch  in Bury. Again the river looked fine, fished up river with dry fly, saw nothing, caught nothing. 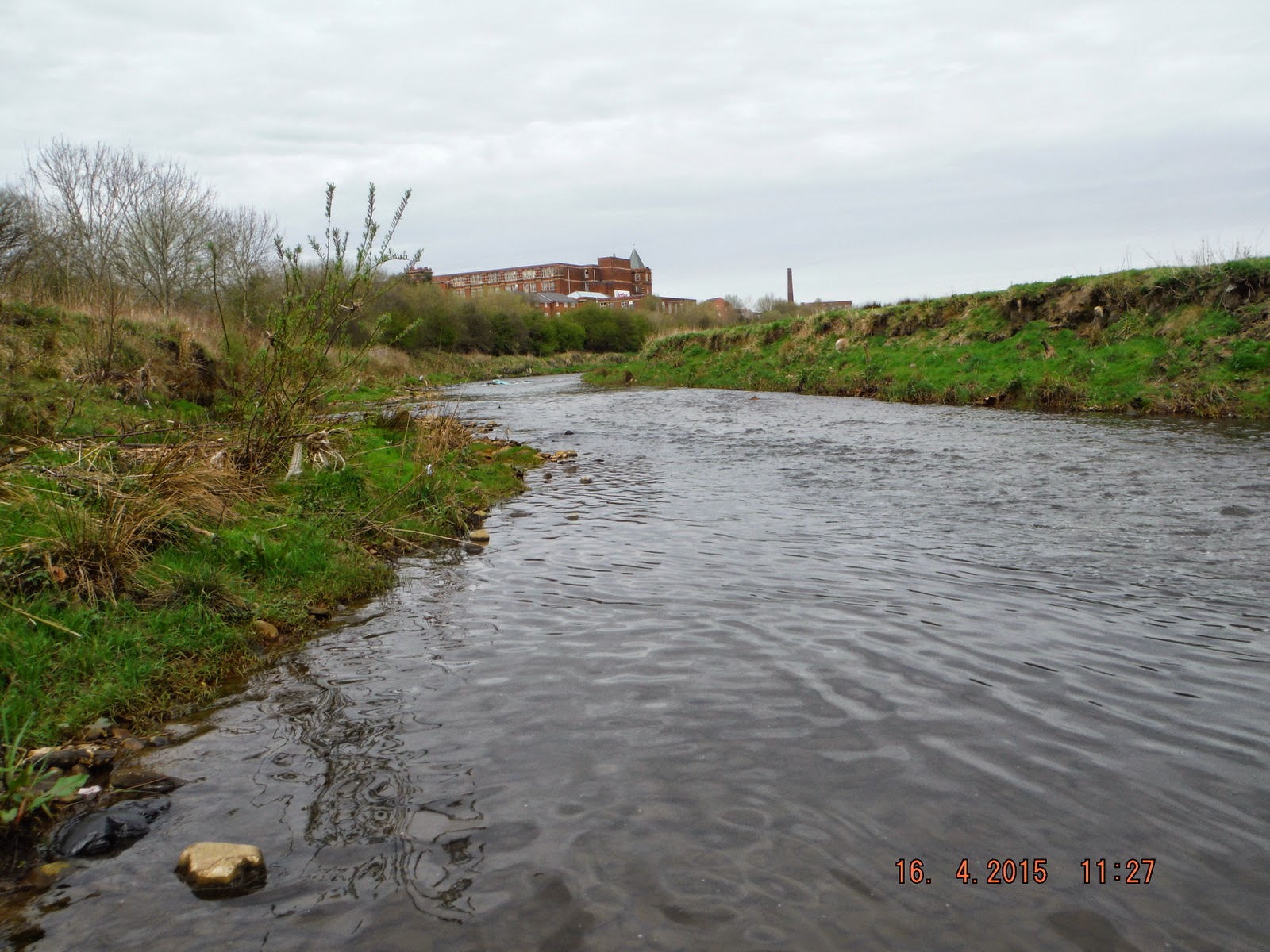 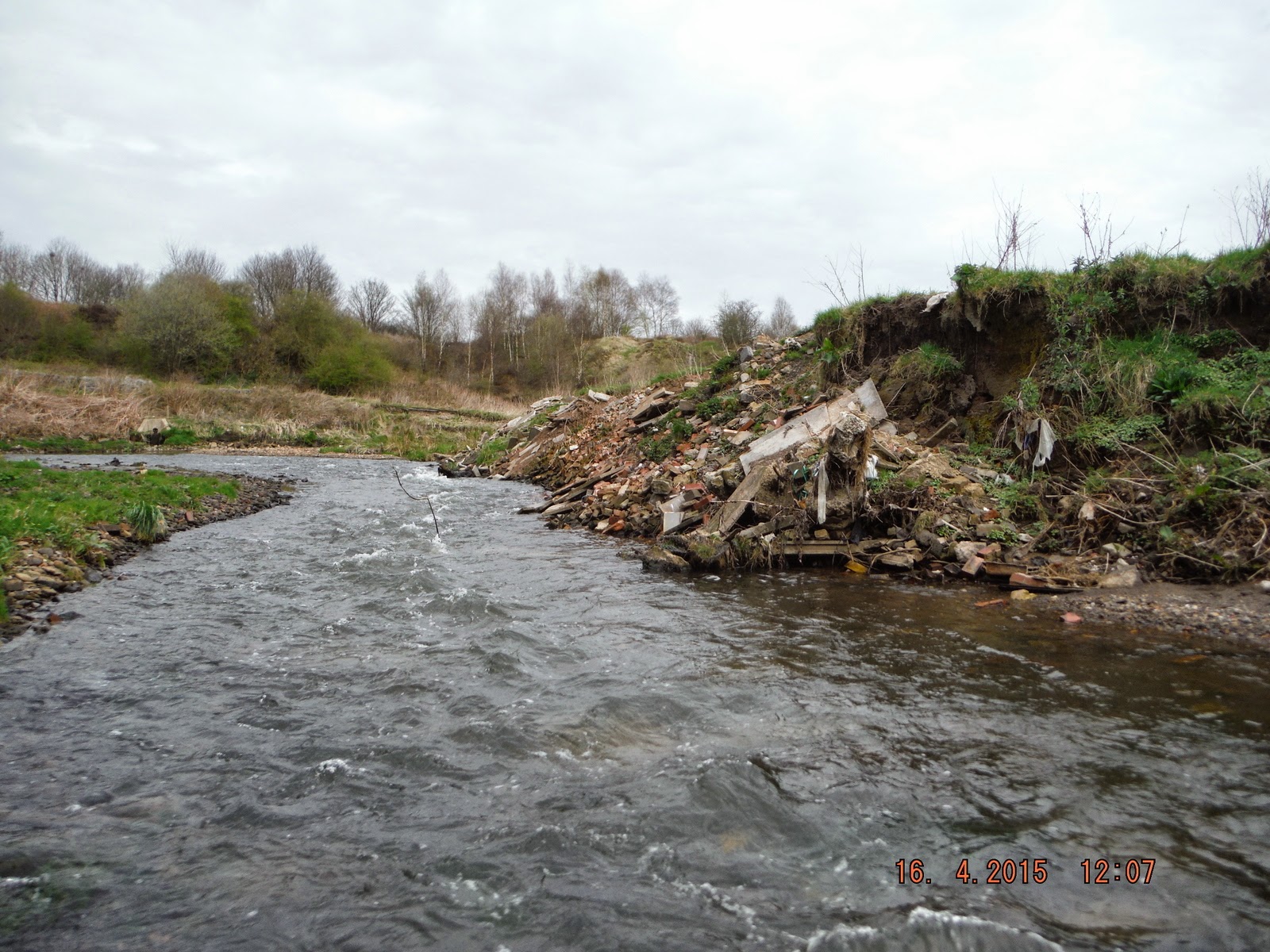 Is this Fly Tipping or is it the Farmer trying to stop his field going down the river. 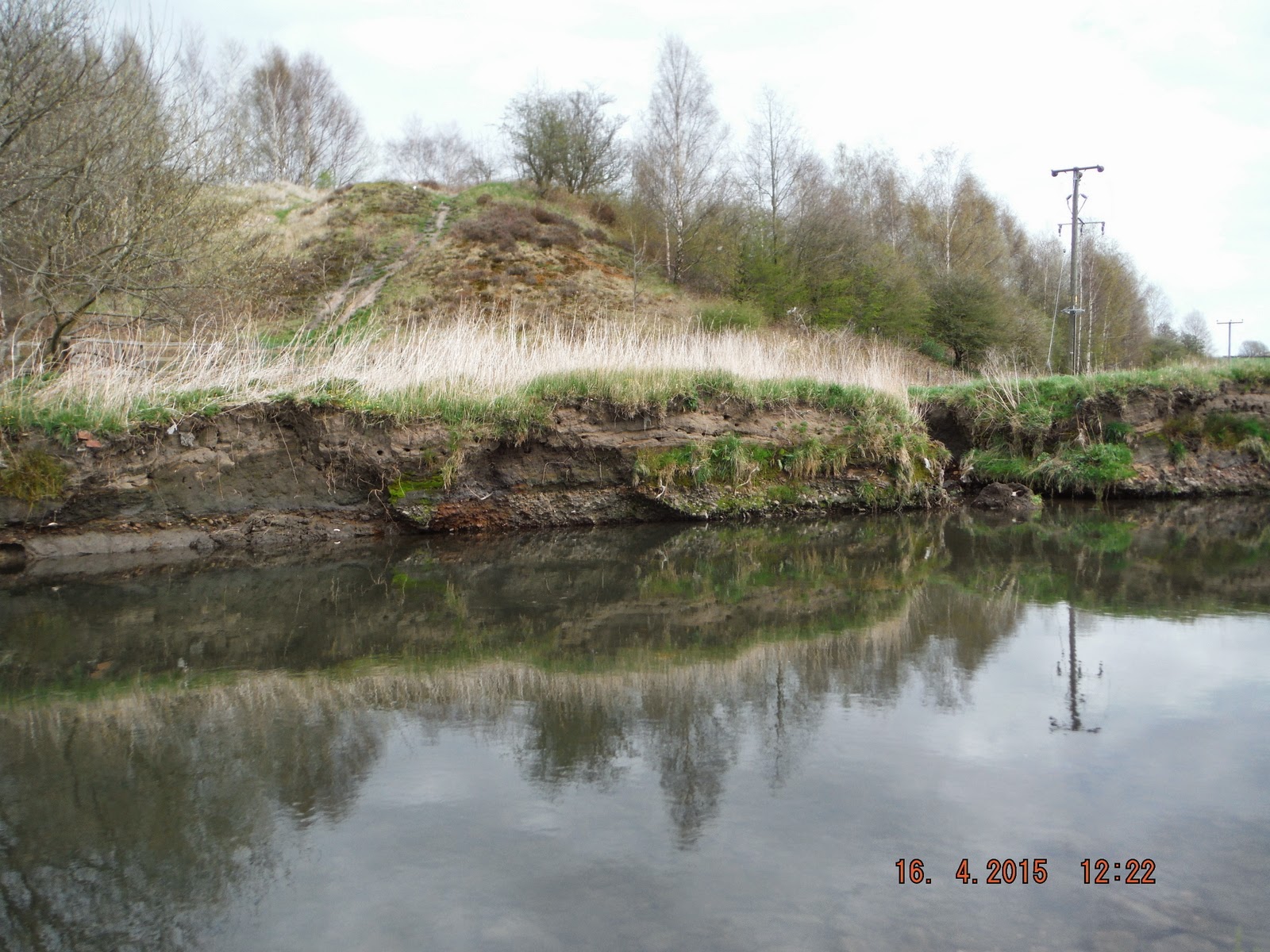 Sand Martin nests, did not see any birds, did see my first swallows though, spring is here. 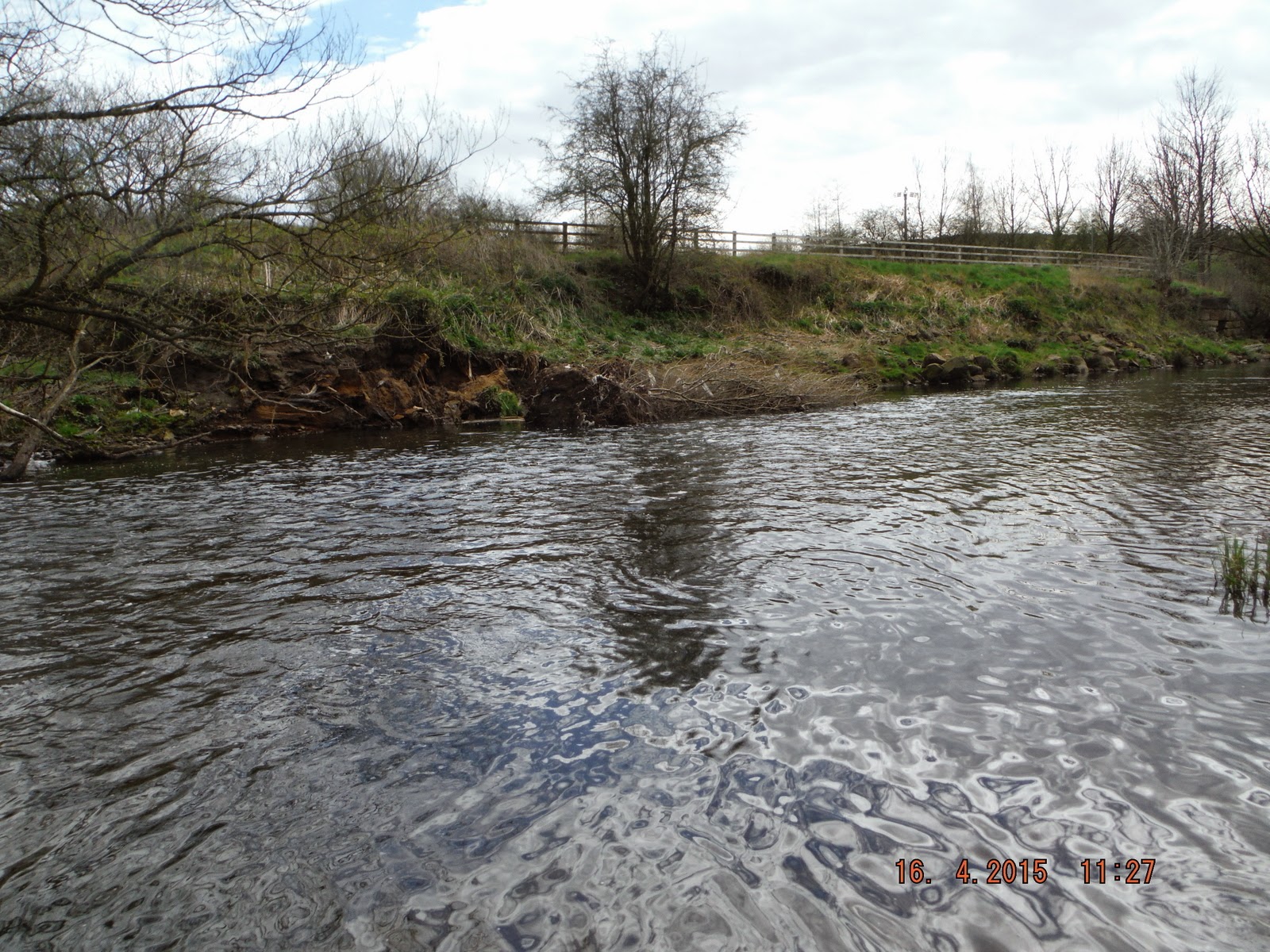 The Winter rains have taken a couple of trees and part of the bank.

Then walked down to where the old weir used to be and started back up . 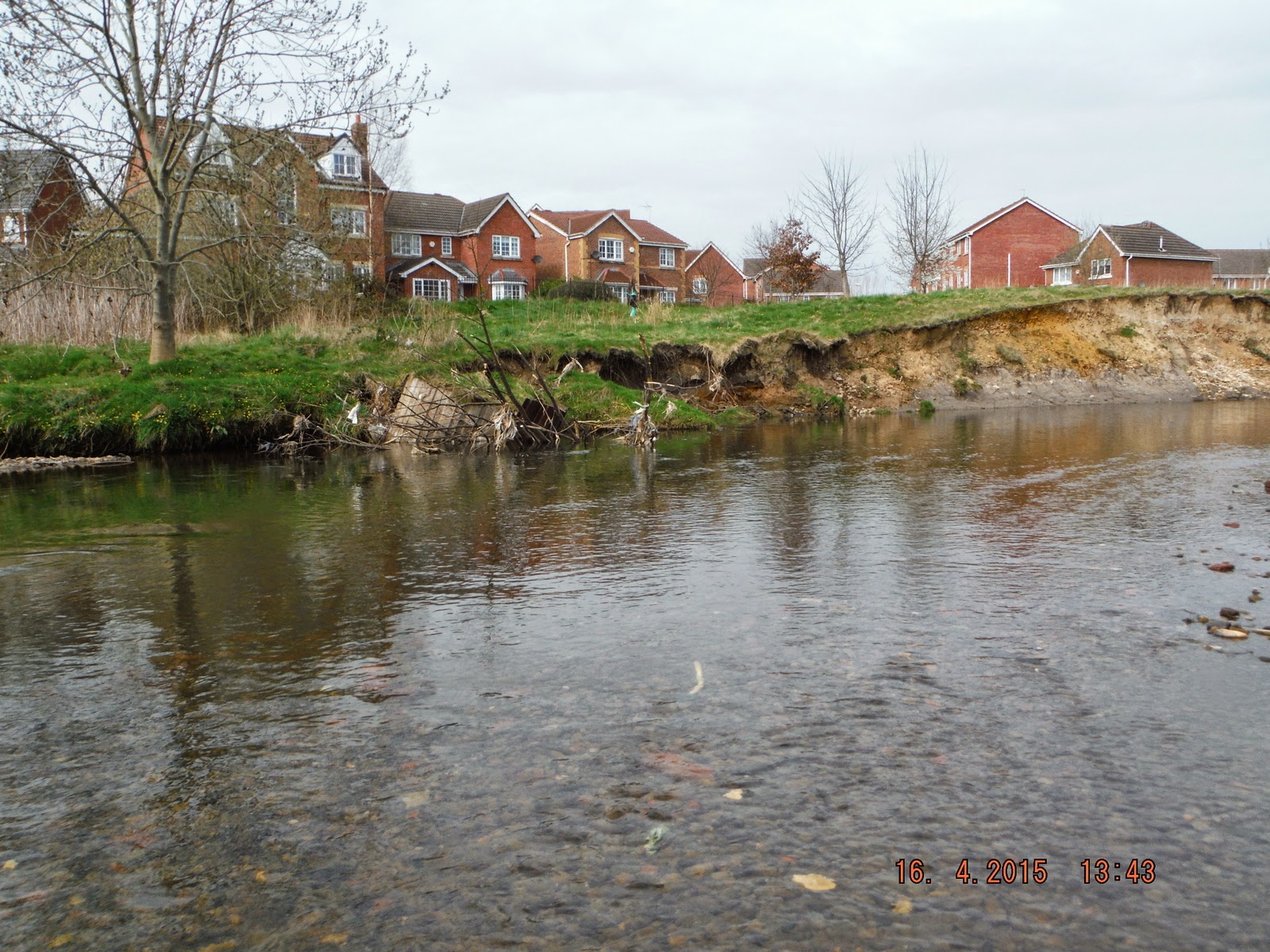 more erosion, surprised that that tree is going as there were piles supporting the bank. 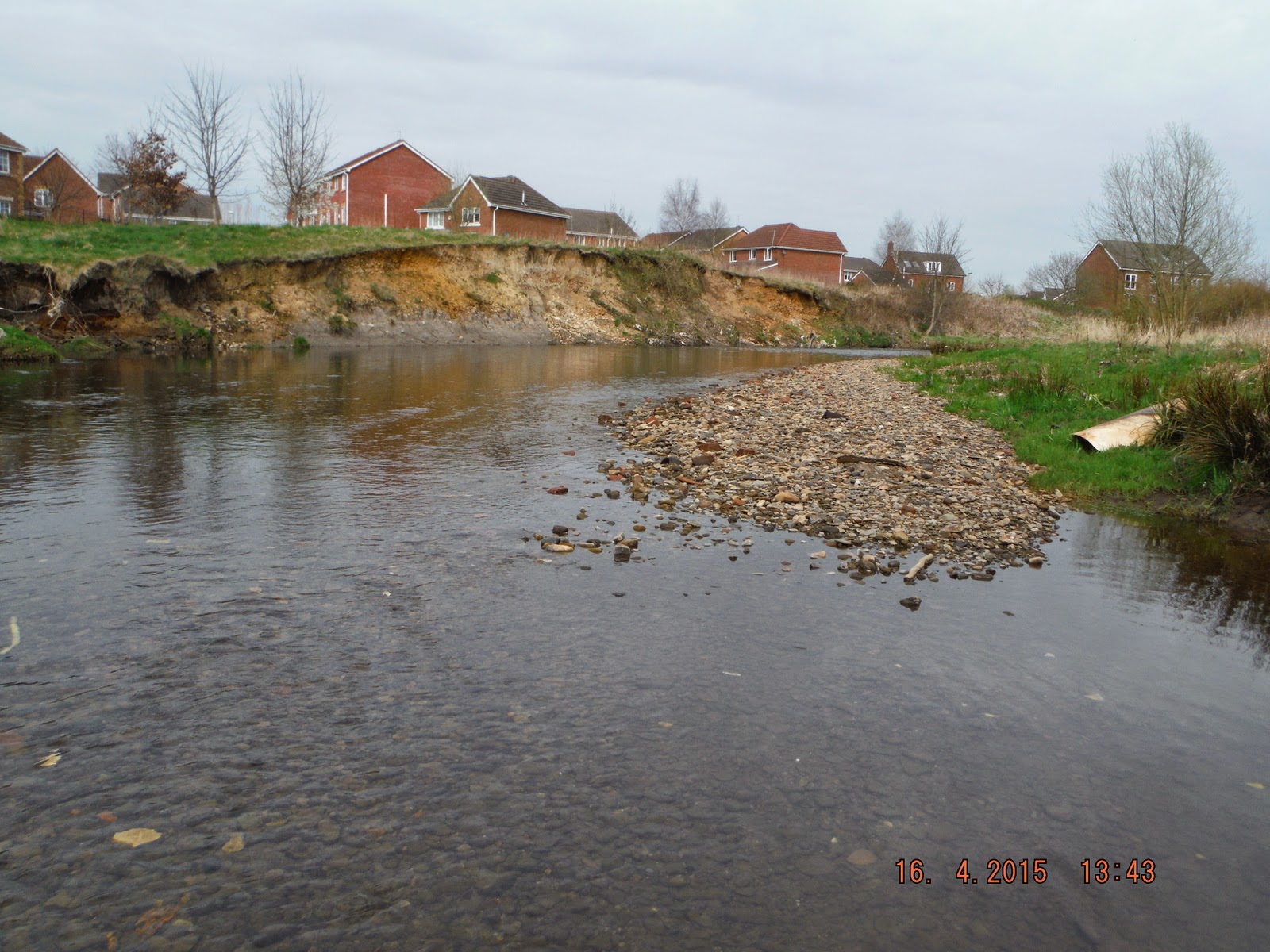 Not much change here has been like that for some time. I did notice that the large clump of brambles the top end of the cliff had gone.
I had hoped to catch by the cliff, it is usually good for a fish or two, but not to be. 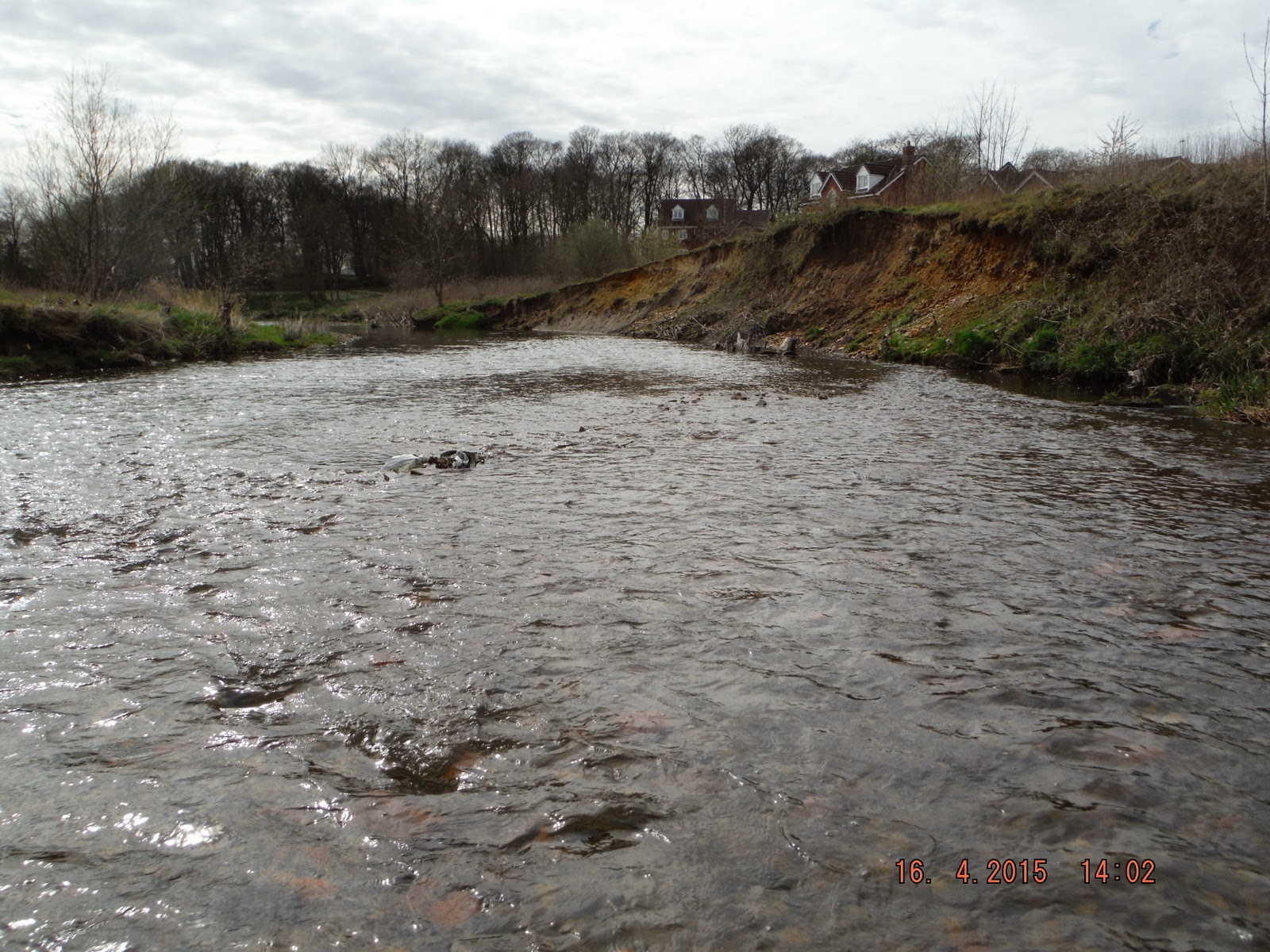 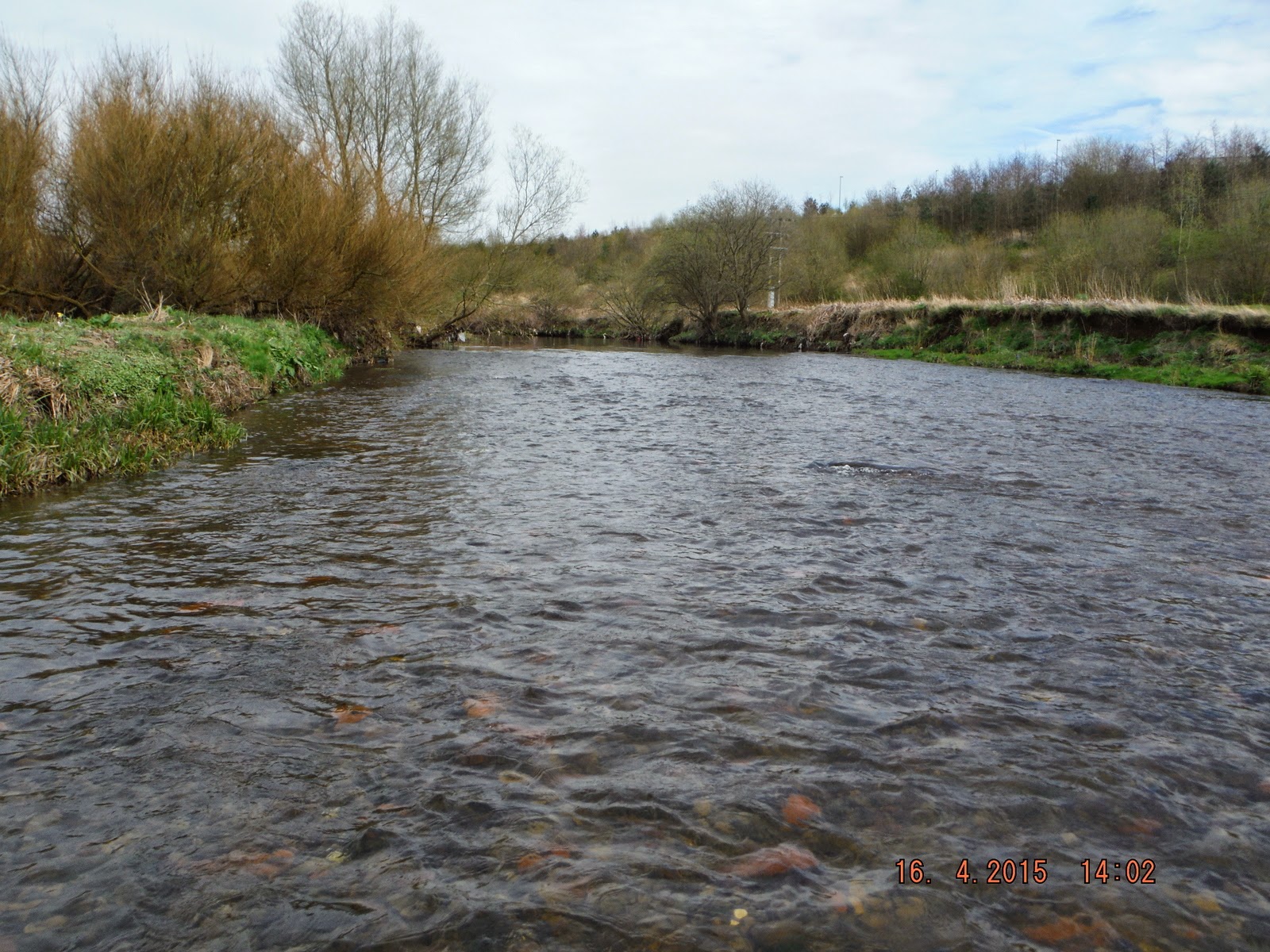 On and up, saw my first and only rising fish up by the tree on the right. Cast to it and hooked it and lost it almost at once. Afraid that it took my fly but no line as it broke at the fly knot. Good fish to, that was the end of my luck for the day.

Today I went for for what I hoped would be a sure catch and so it was.
I fished the park beat of Bradshaw Fly Fishers stretch. 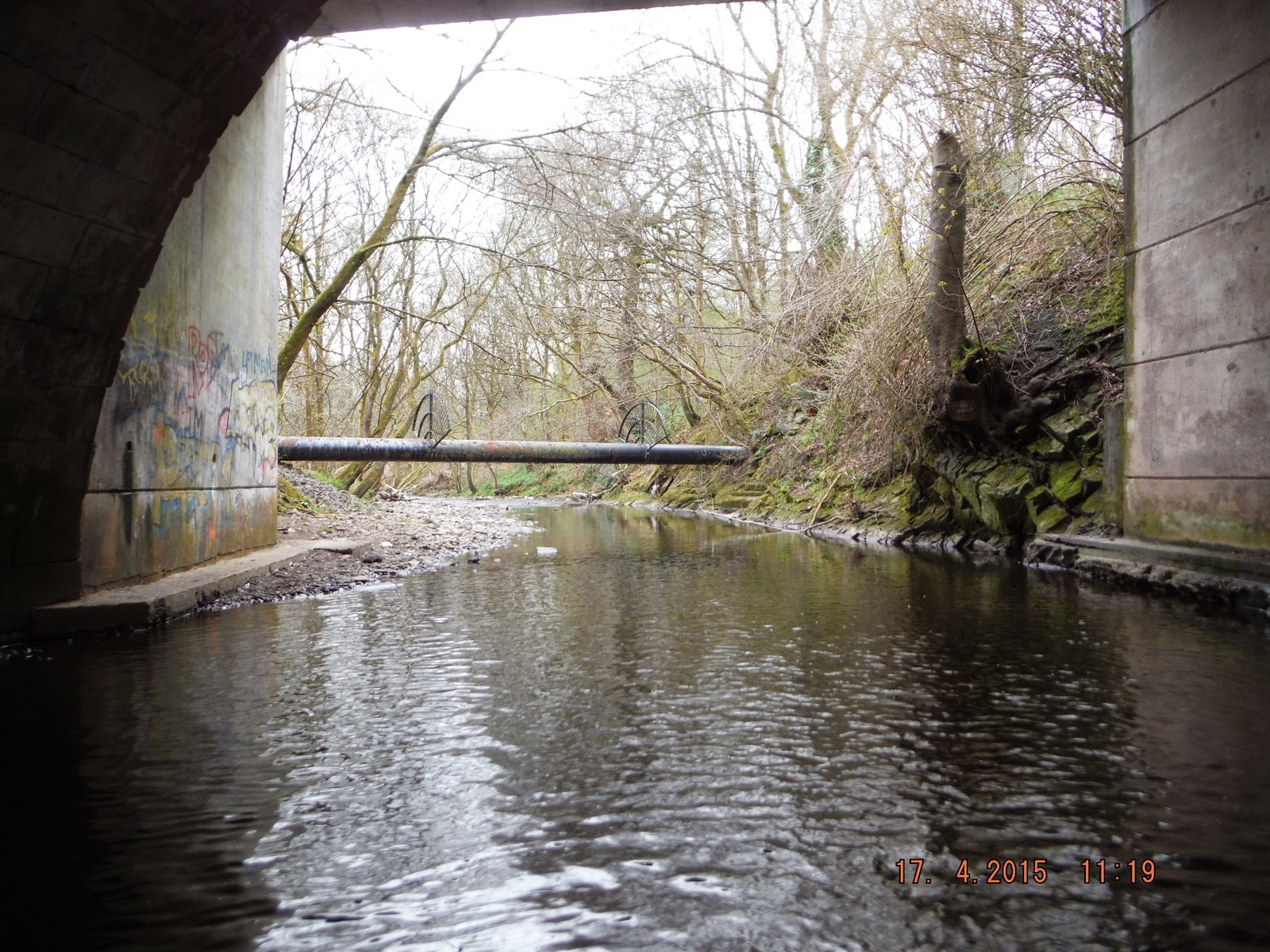 Started under the road bridge and worked up. 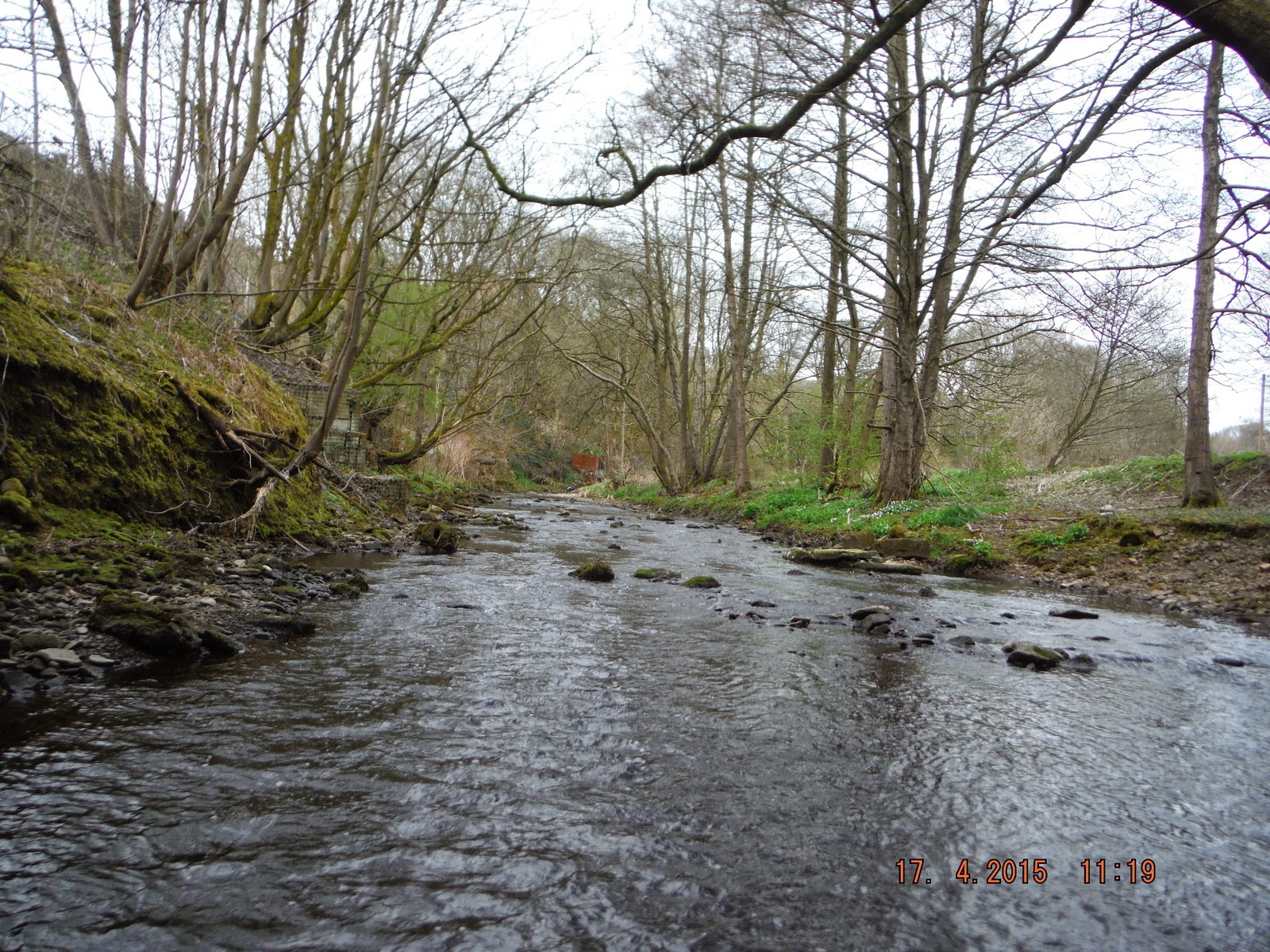 Caught three under the bridge and then moved up 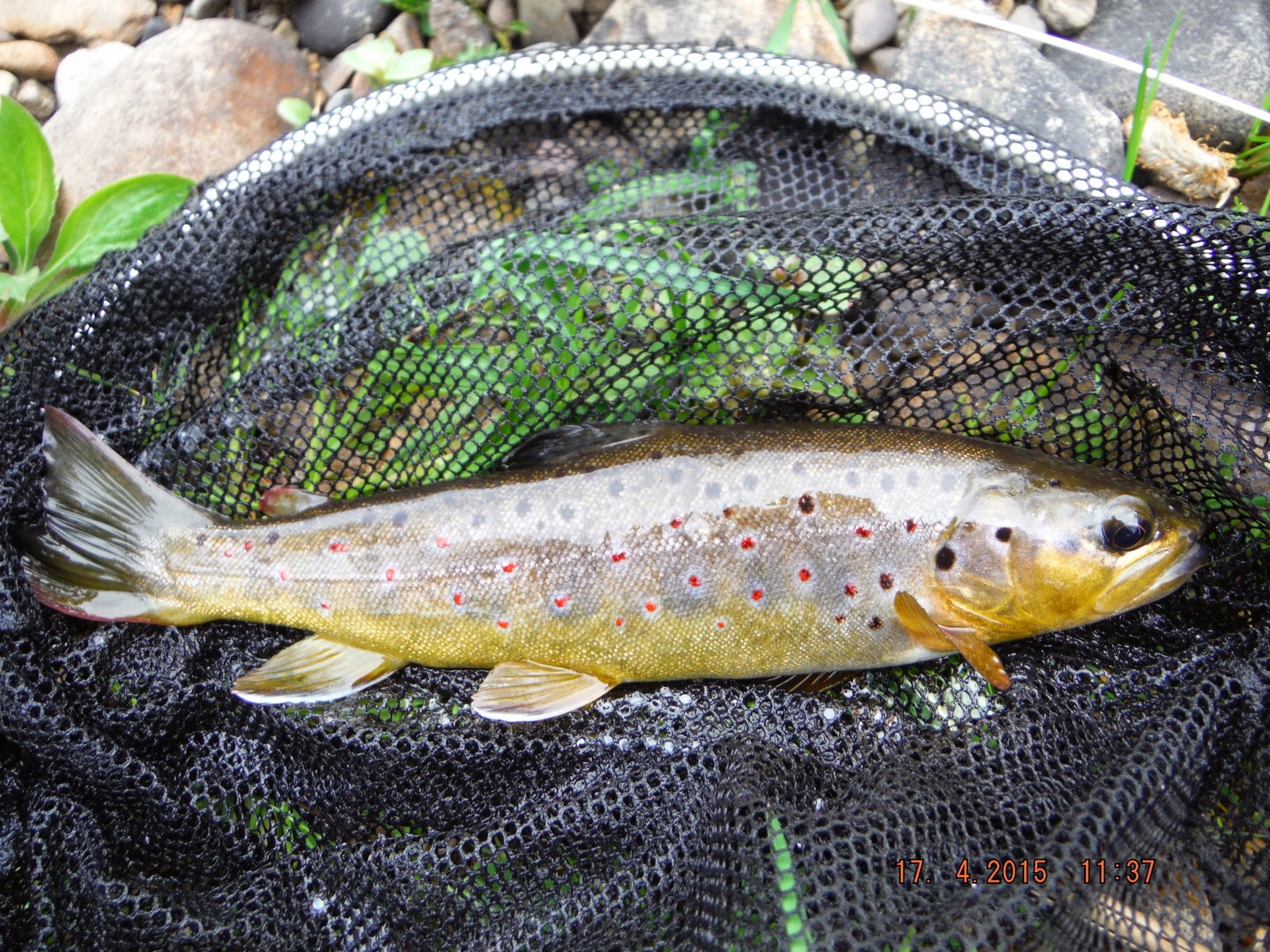 and caught this one, the other three were pretty much the same ilk. 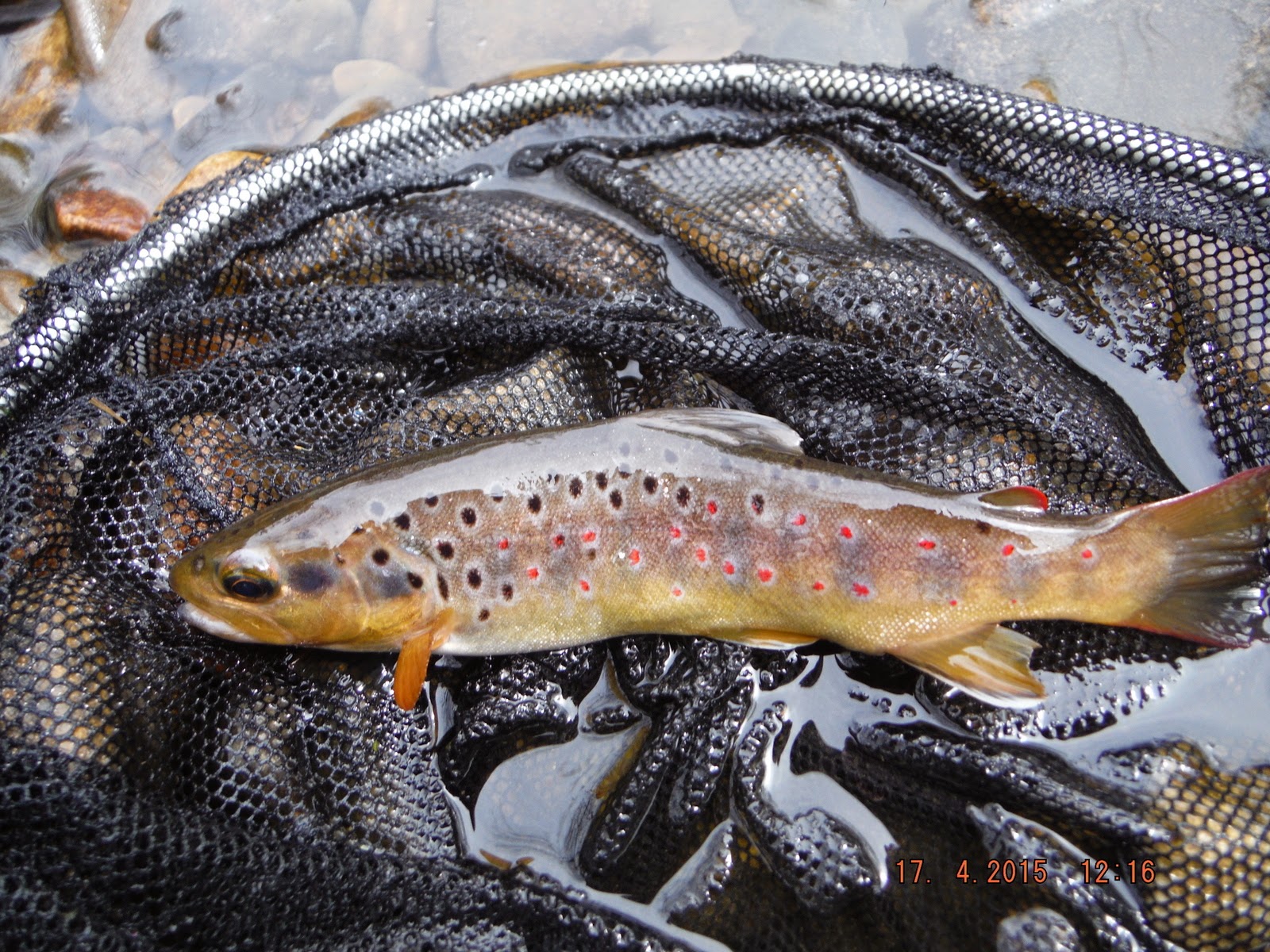 This one was little bit smaller. 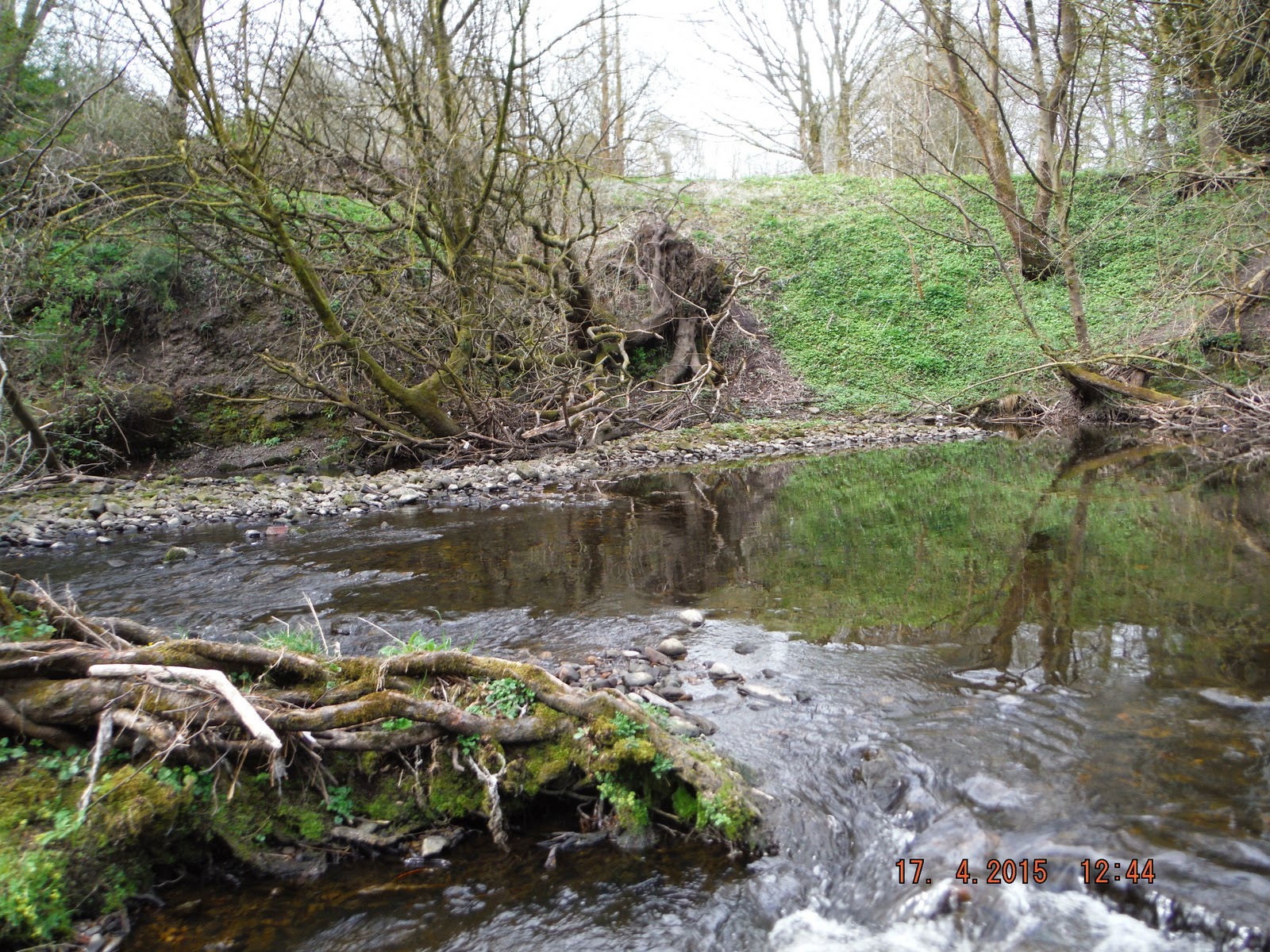 I then moved down stream out of the private stretch into Longsight Park, I have not been down there for quite a while and I won't bother again for another while. 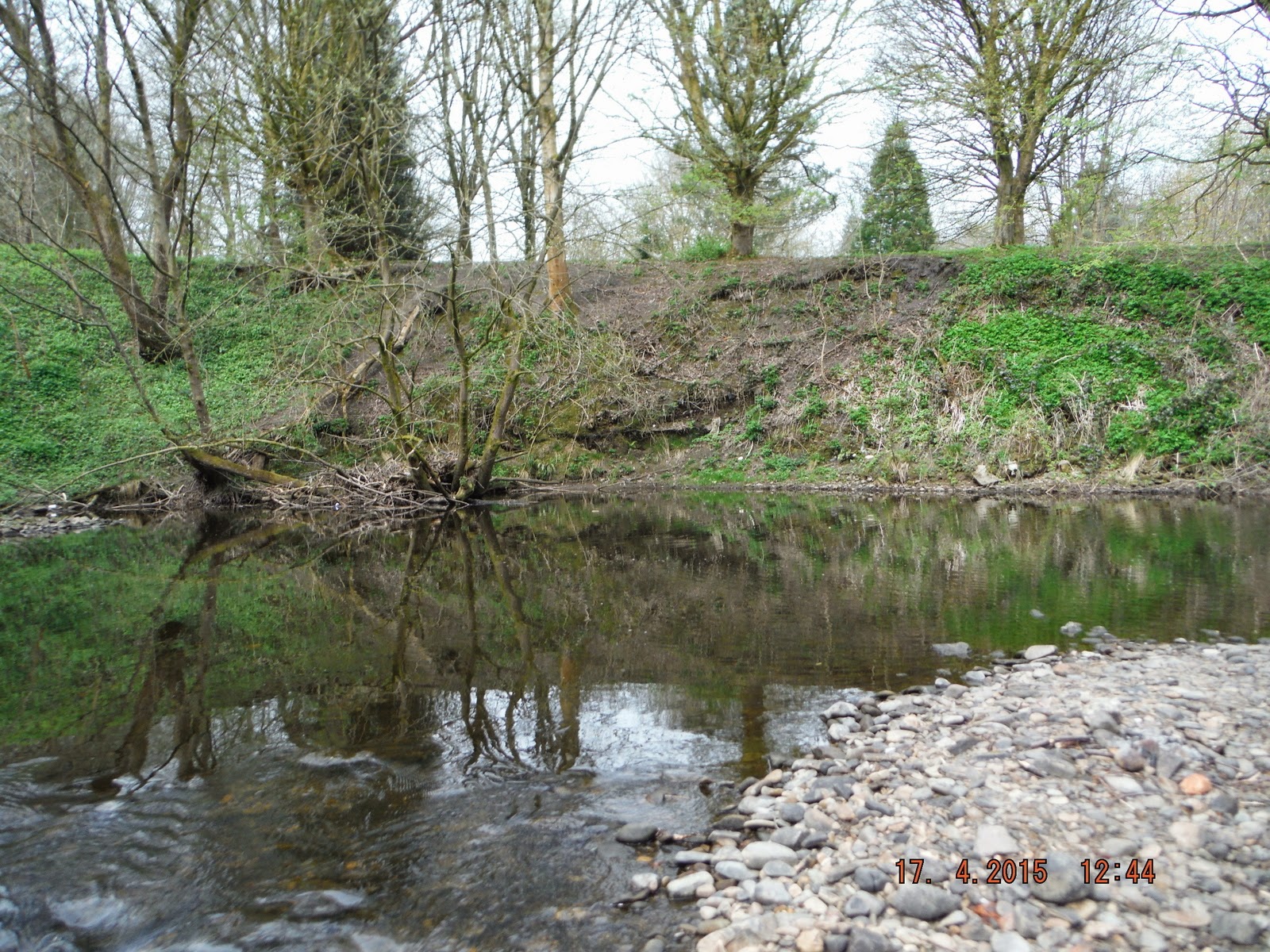 this pool looks quite good but did not produce. 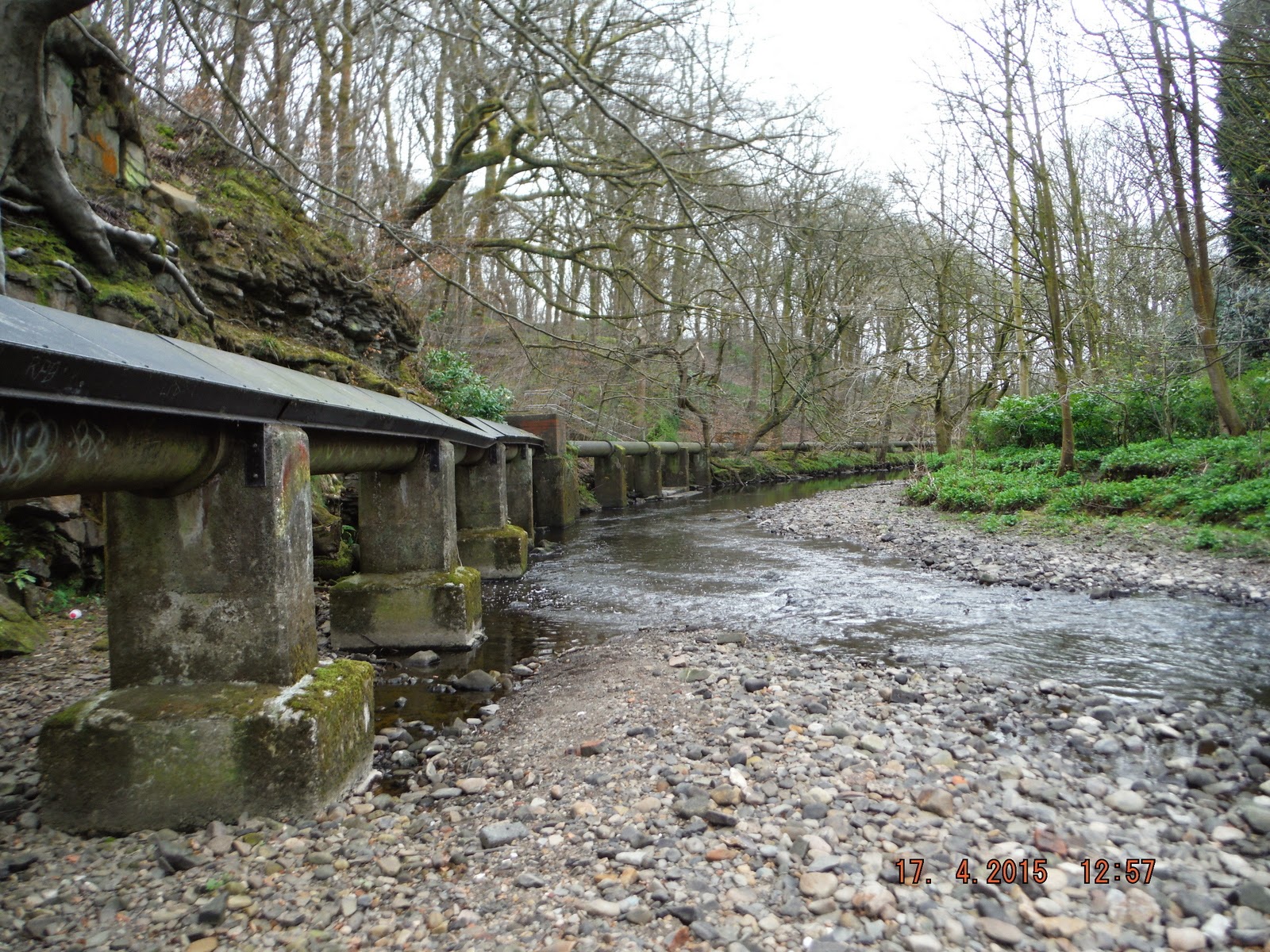 Not much you can say about this. 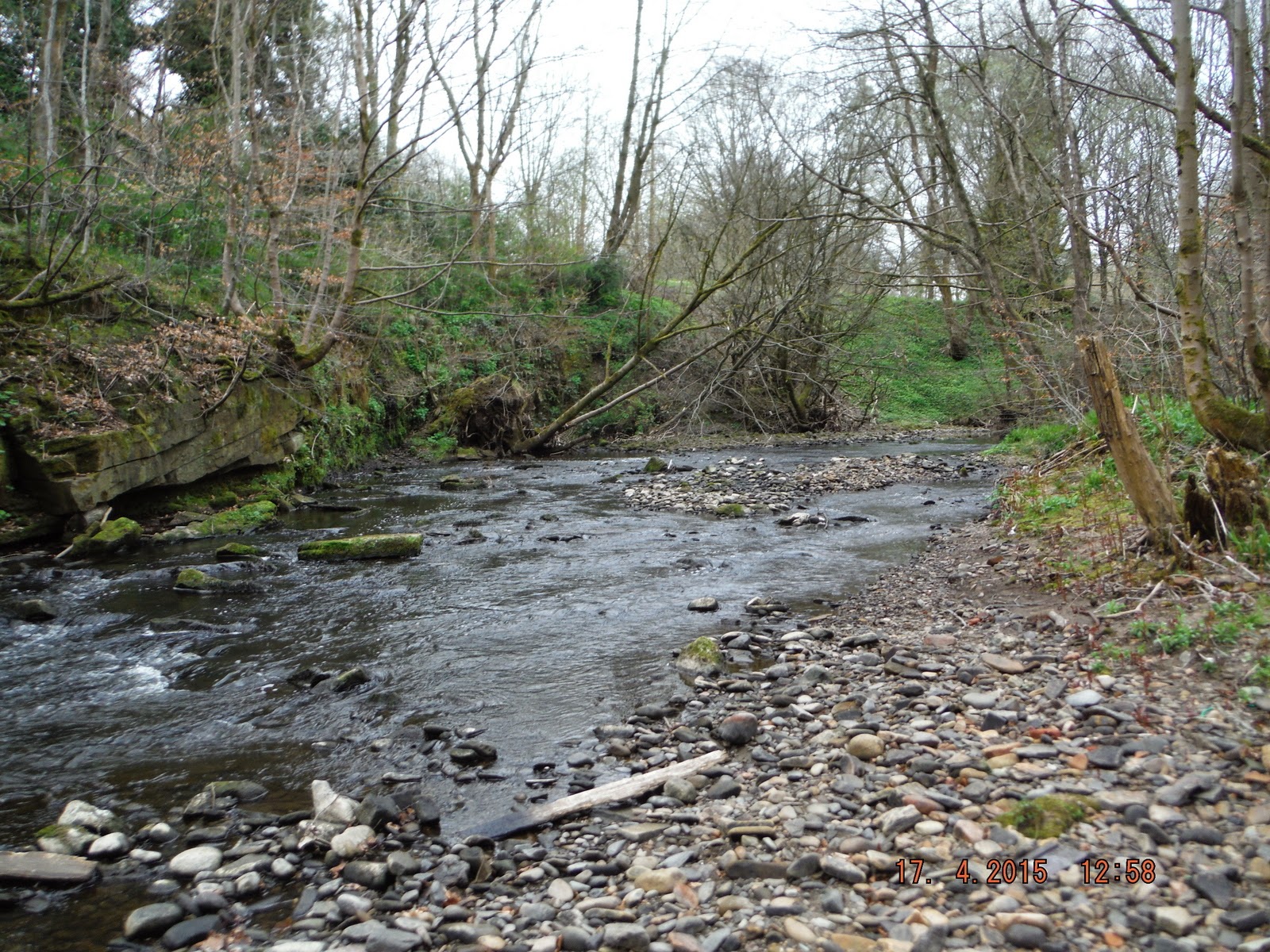 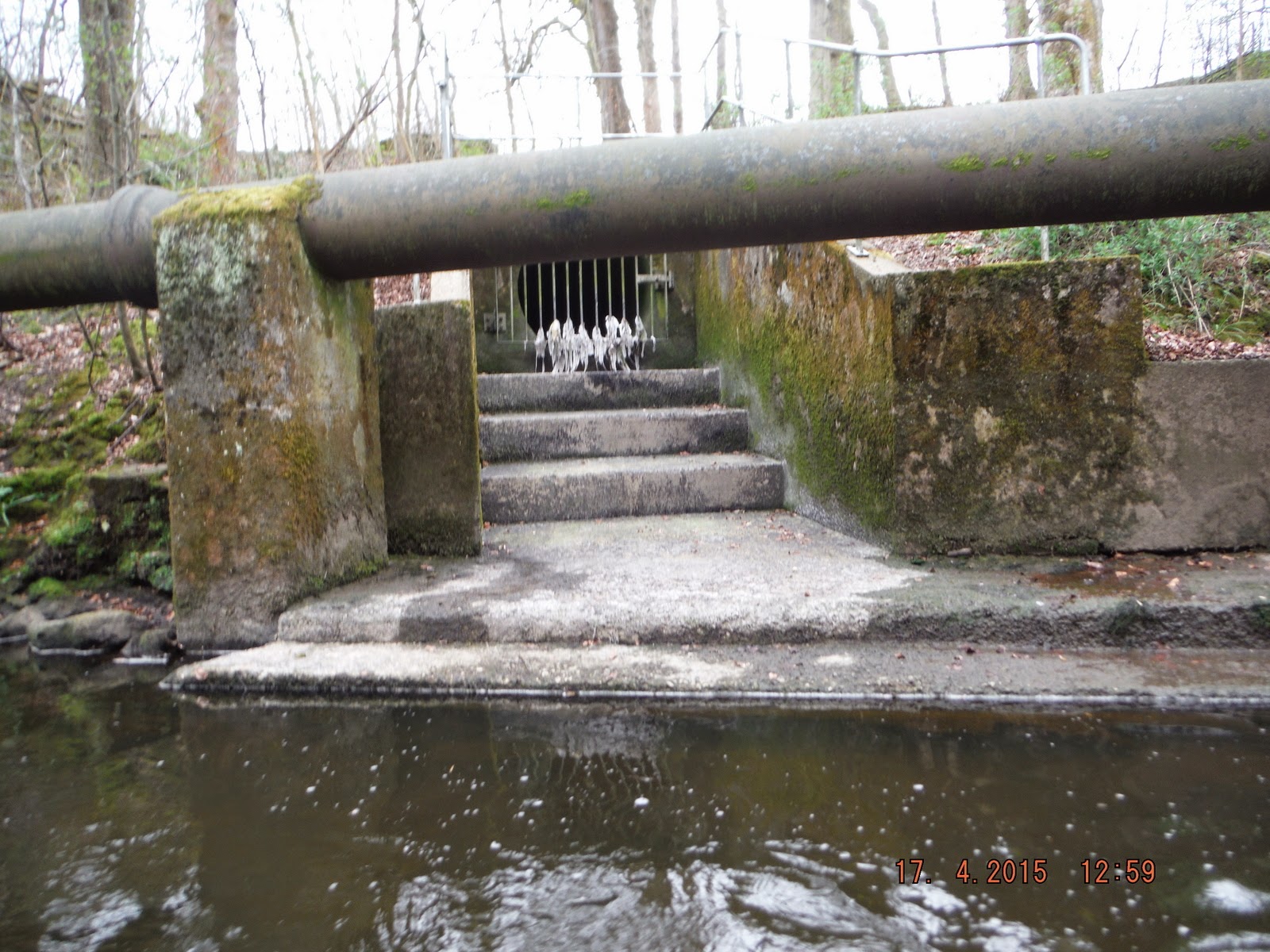 or this, thank goodness it is not in our stretch. Carried on down not catching or seeing anything so I walked back to our bit.


Caught this one under the footbridge, turned out to be the last of the seven that I had. 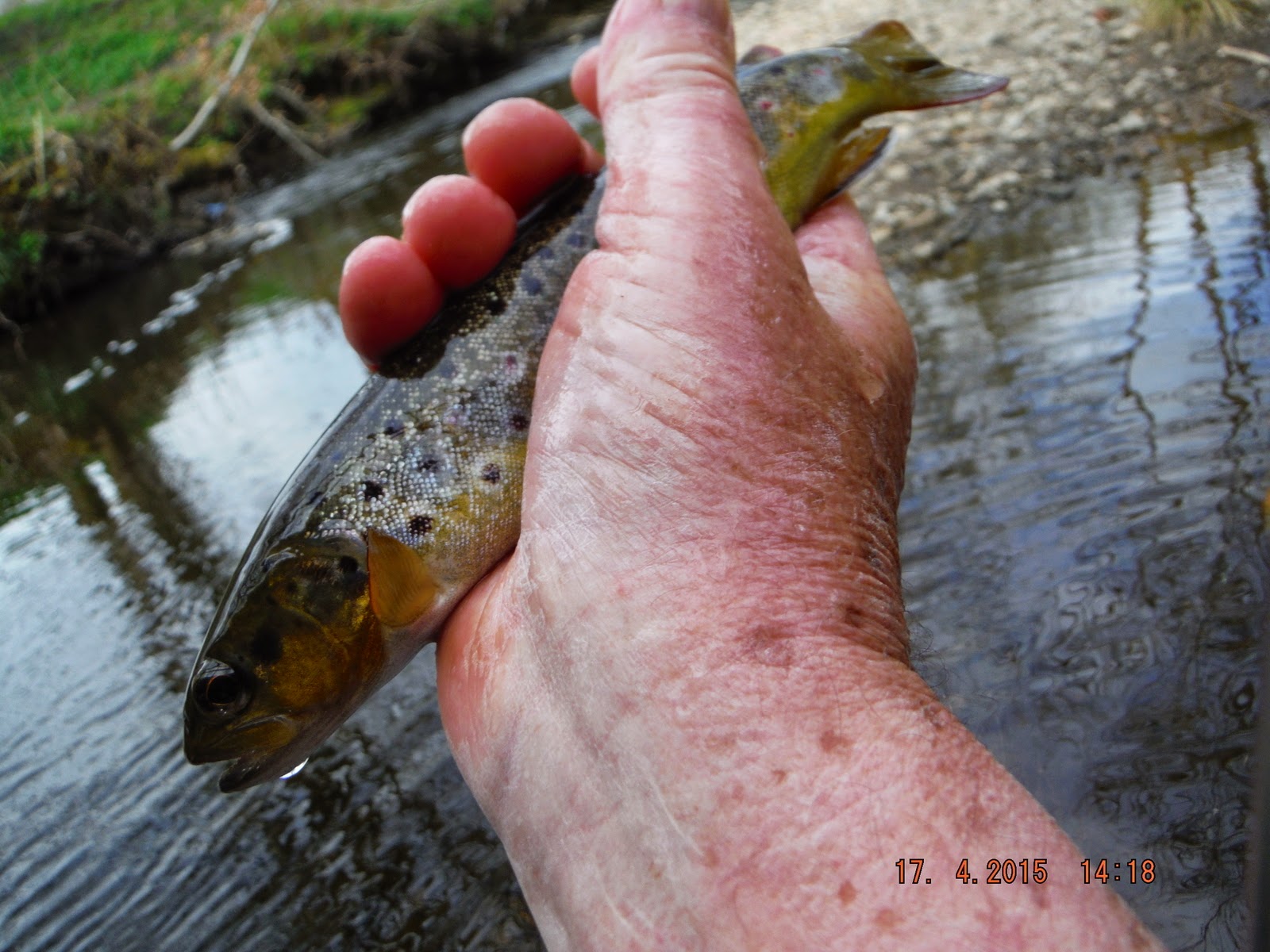 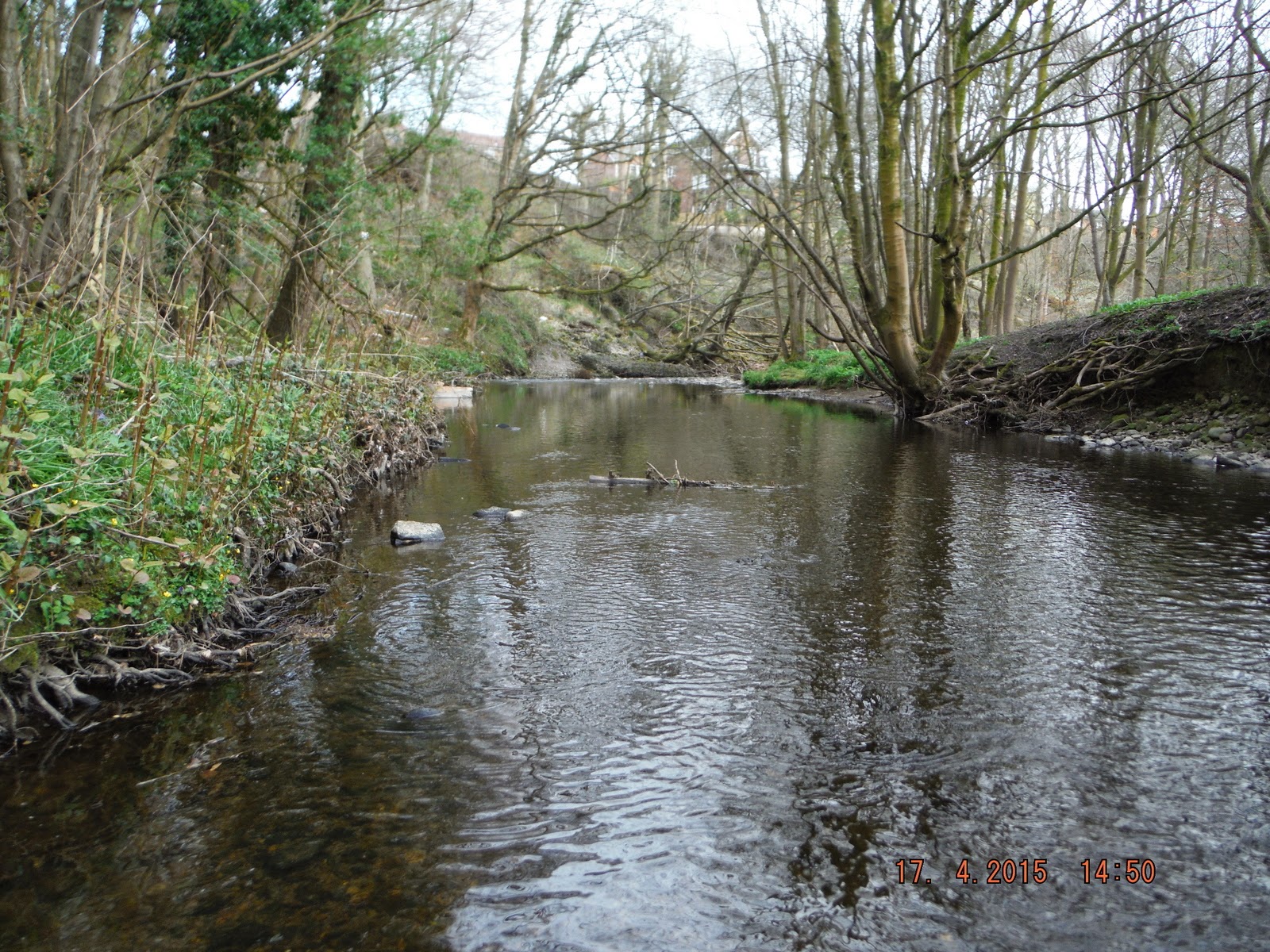 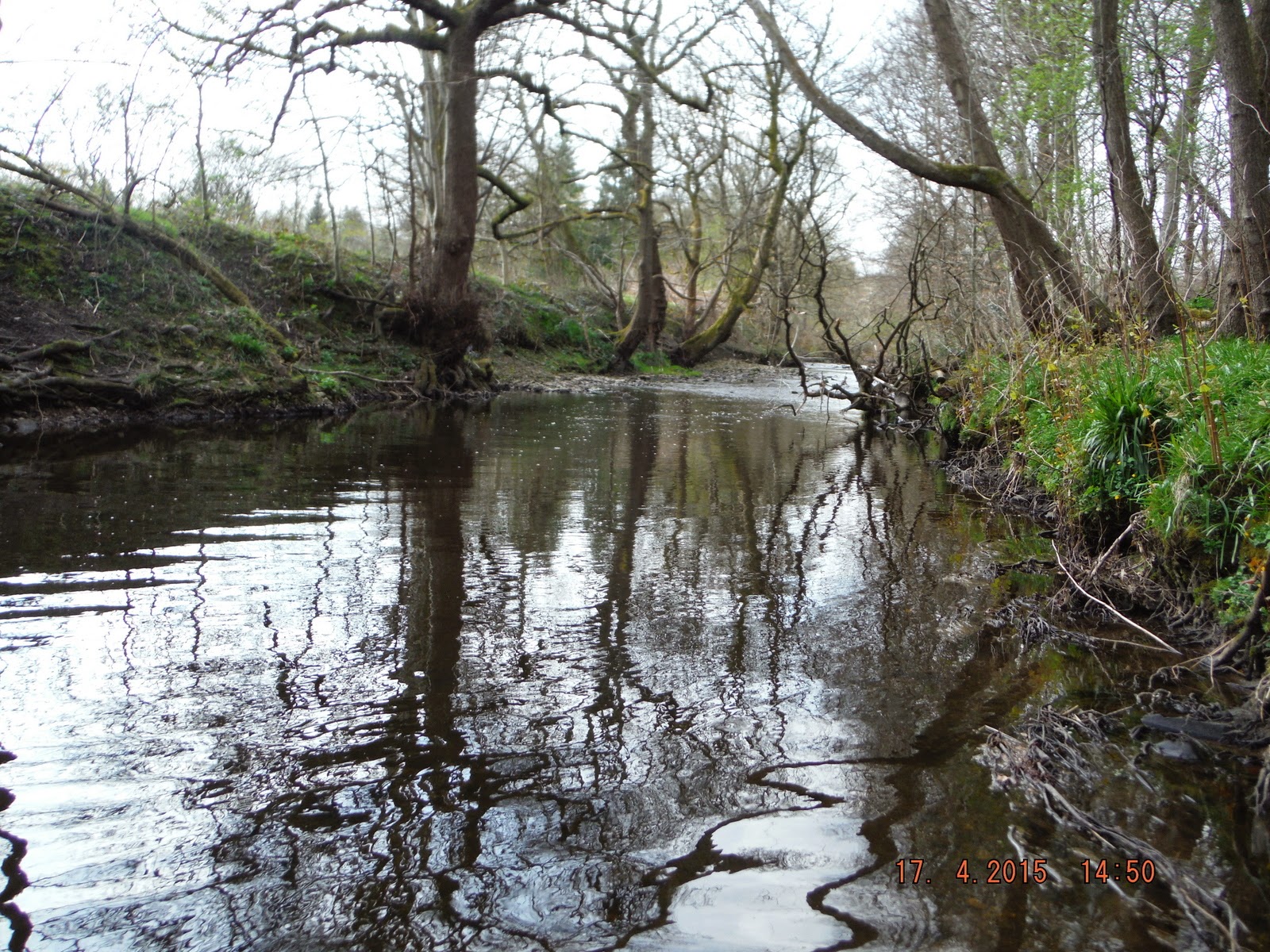 Had a couple of rises here and then lost a fly in one of the trees.

Just pleased to have caught some fish for a change.

Posted by Flyfishing the Irwell and other streams at Friday, April 17, 2015