Big jump in the numbers of Olives this month, last year it was July before the numbers increased. The mild winter strikes again. The river is still low but at last the brown alga is beginning to clear, if we get the rain that is forecast for tonight and tomorrow we could see it gone.

Warm sunny day for the most part, I had to keep kneeling in the water to keep cool. After taking the sample I tackled up with a 8 foot rod floating line and a hares ear nymph with a flash, caught 2 small fish, not worth a photo, and missed lots. Change to a Greenwells as I could see fish rising up stream. caught 2 on it, missed lots again, before it started to fall apart. It was a fly I had fished with before.
The new fly was an Adams caught a couple but again I was missing far more. All the fish I caught were small, I think the ones that I was missing must have been even smaller. Or perhaps they wanted much smaller flies like the midge that took a liking to my waders. 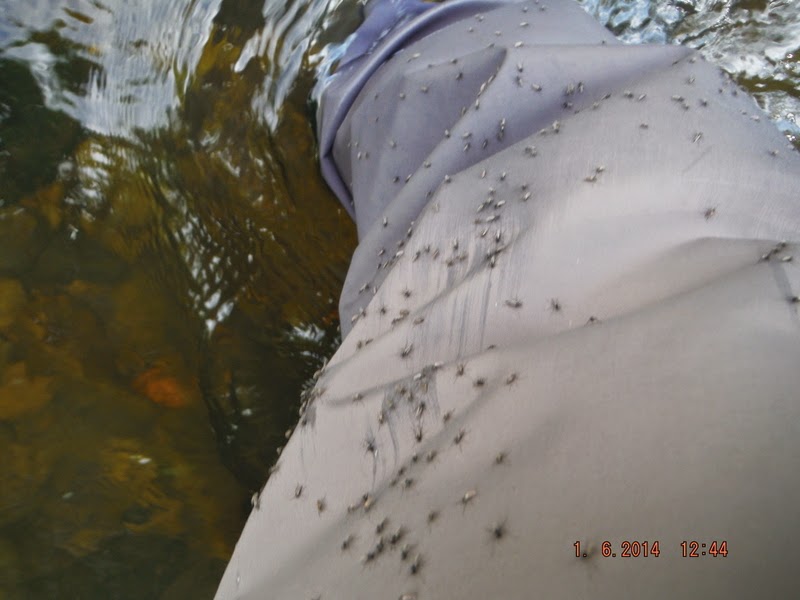 The warm day had started a hatch of midge the like that I have never seen before, apart from on the waders they did not bother me much. 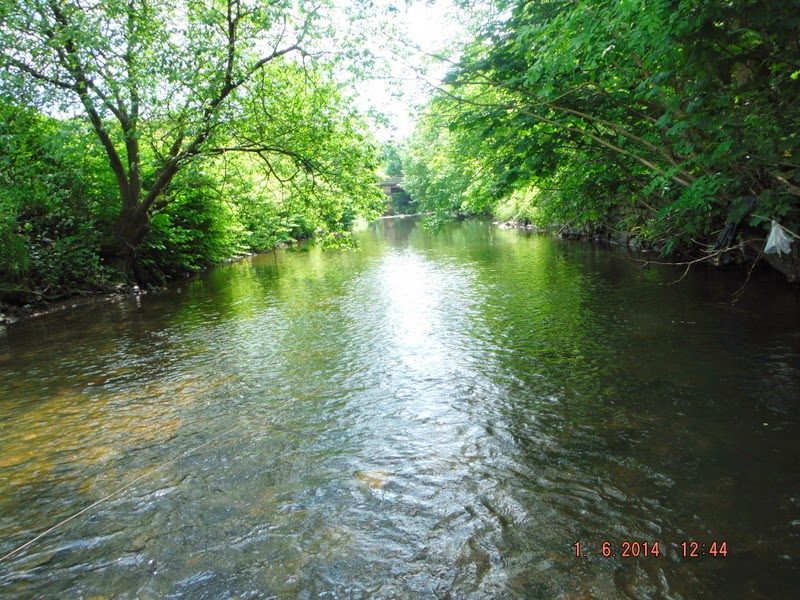 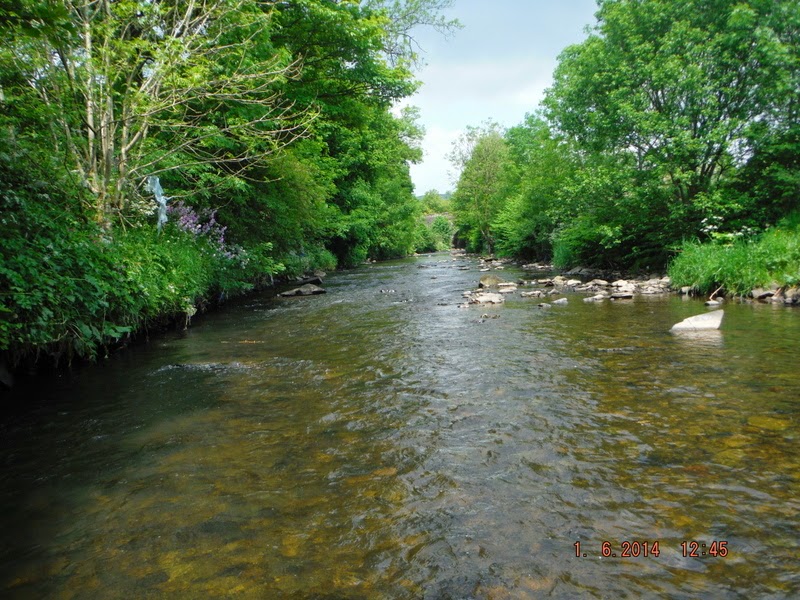 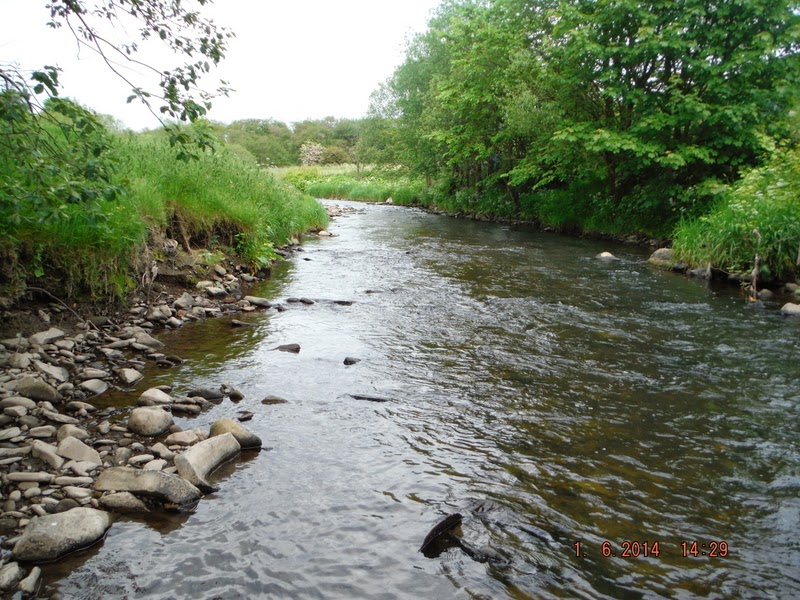 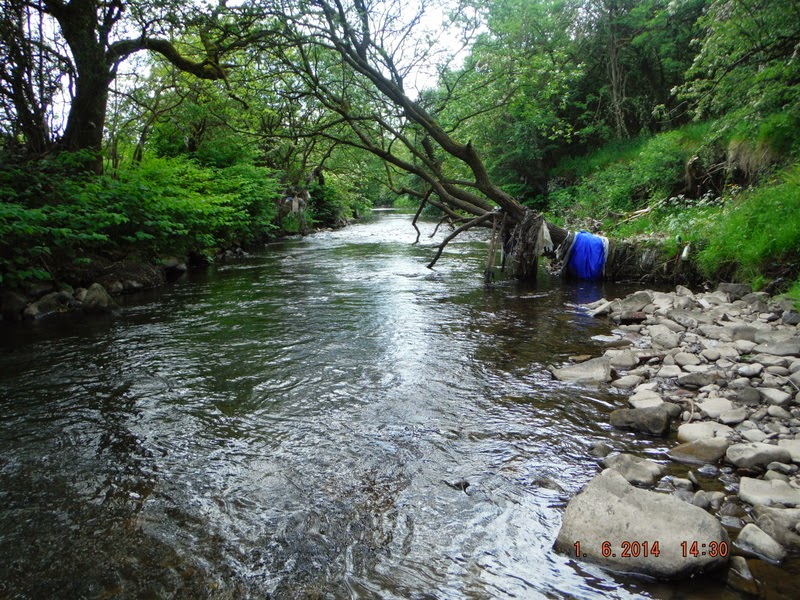 Even with the low water the river looks OK, shame about the rubbish that people throw into it.

It is very shallow in most places so you only get one or two casts at a fish before they are off, which is probably the main reason that I am catching few fish at the moment. My presentation needs to improve.
Posted by Flyfishing the Irwell and other streams at Sunday, June 01, 2014