Went to meet fellow members of Salford Friendly Anglers Society  www.salfordfriendlyanglers.co.uk at the Mark Addy pub in Manchester. The pub is on the bank of the River Irwell in the middle of Manchester, one of the members fished the river whilst we talked and had a couple of drinks. He caught quite a few fish, all roach I believe, I was too busy talking to count. 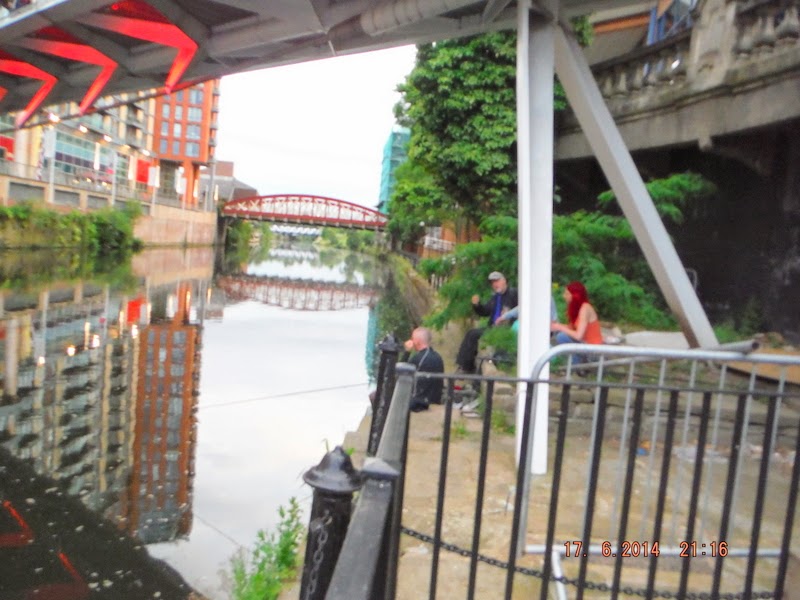 Not the prettiest spot on the river. 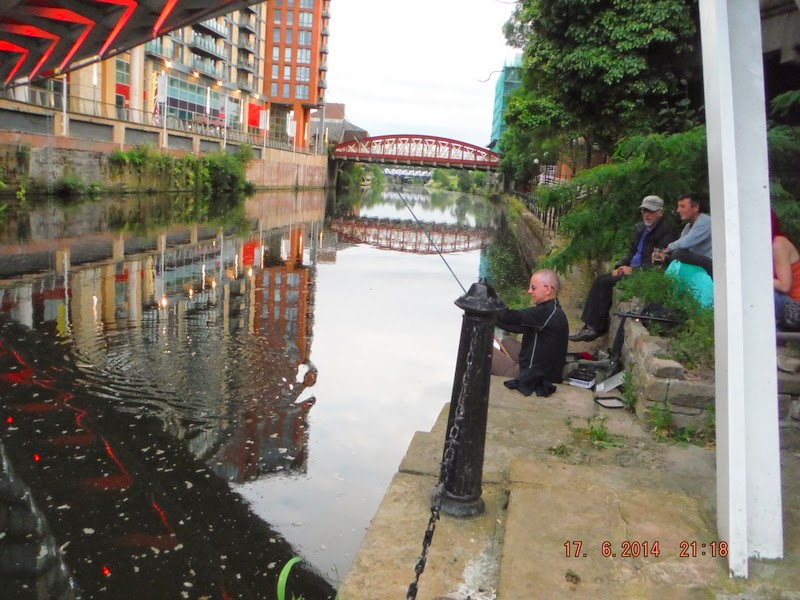 Here he is bringing a fish in.

Whilst there I was given the heads up on the River Etherow as a very likely places for trout. It was the first time that I had heard of the river, when I got home I googled down on it and it looked good, worked out a route and decided to visit the next day.

This morning off I went A666, M61, M62, M60 and M67 traffic wasn't bad until the A57. Anyway I arrived and did not park at the station as advised and glad that I didn't. The walk down would have been bad enough, but I doubt I would have made back up in my chest waders and wading boots after a day in the river. I found a place to park down a long and winding lane near to the river.

Had a quick look and was surprised how big it was, I had expected a stream, but found a very nice river. Tackled up my 7 foot 3 weight, should have taken my 8 foot, and got into the river. Worked up stream with a dry fly, nothing rising, until I came to high cliff and had to turn round.

Put on a copper john nymph and started back down, plenty of likely spots. 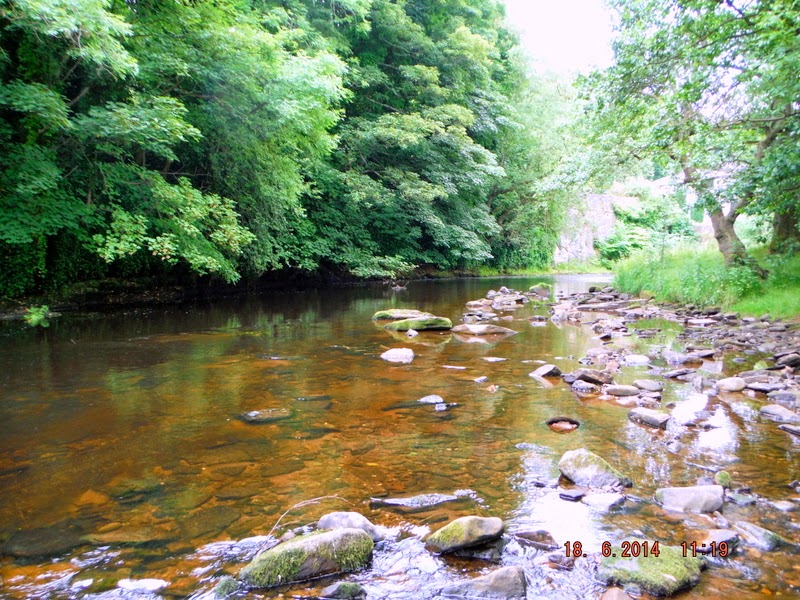 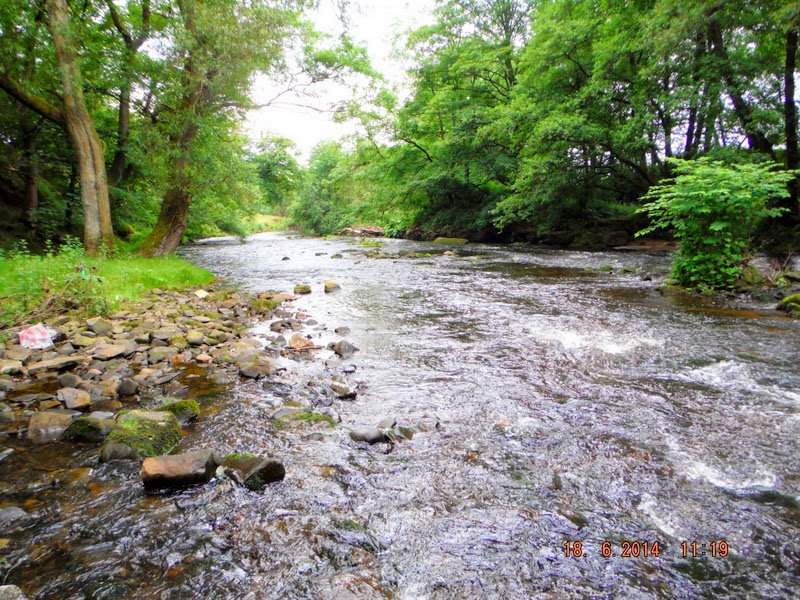 This is where I entered the river. 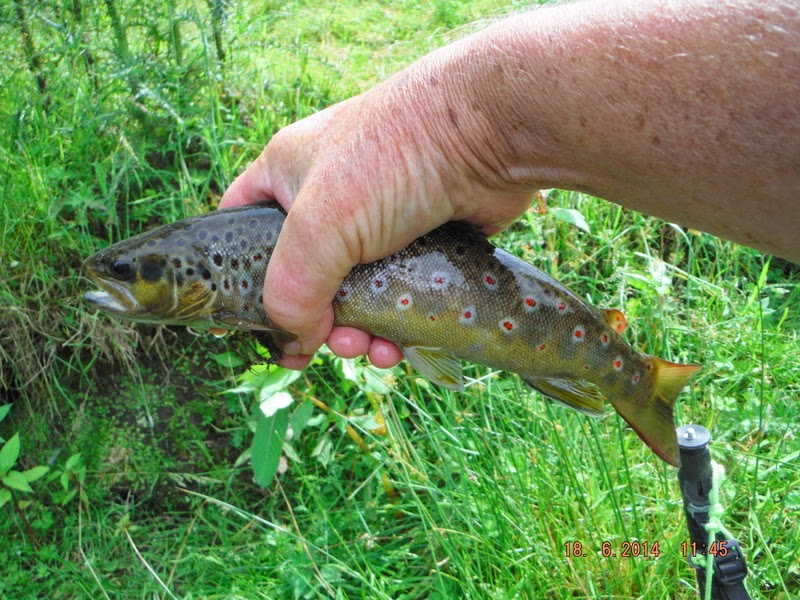 This is my first fish just under 12 inches. 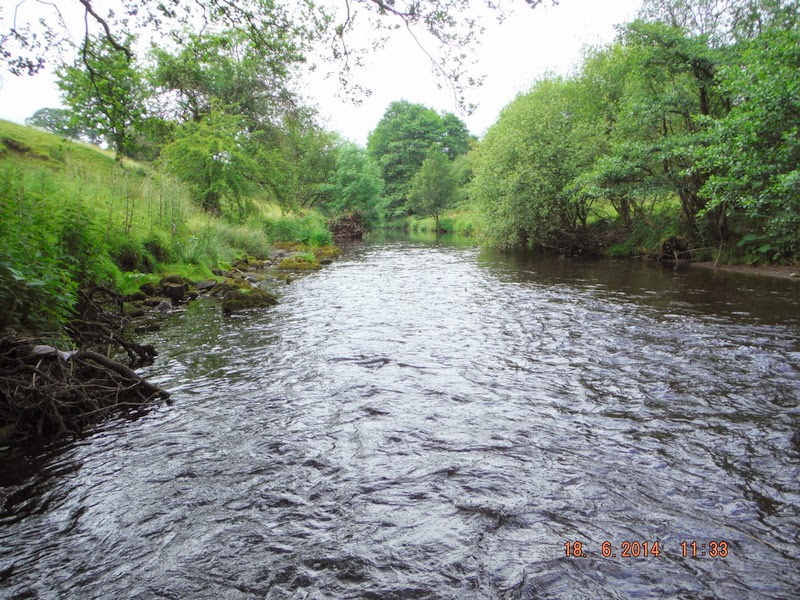 And this is where I caught it. 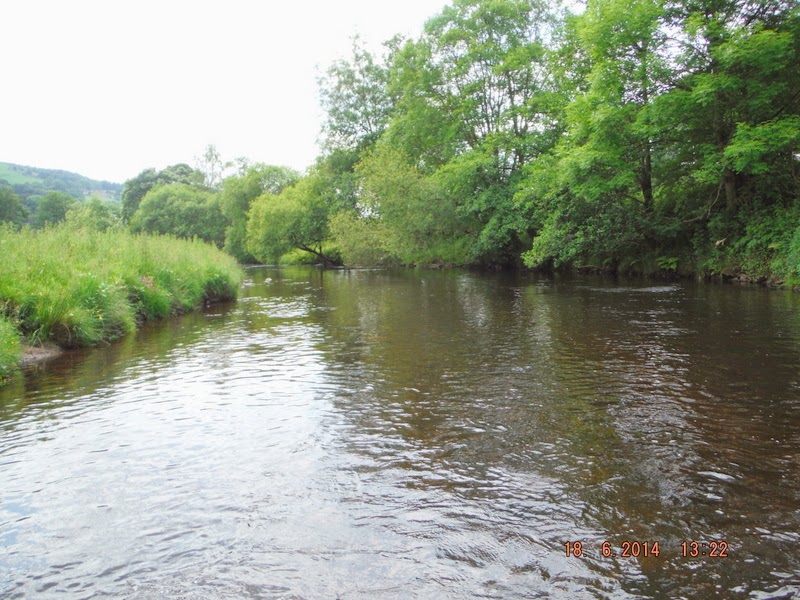 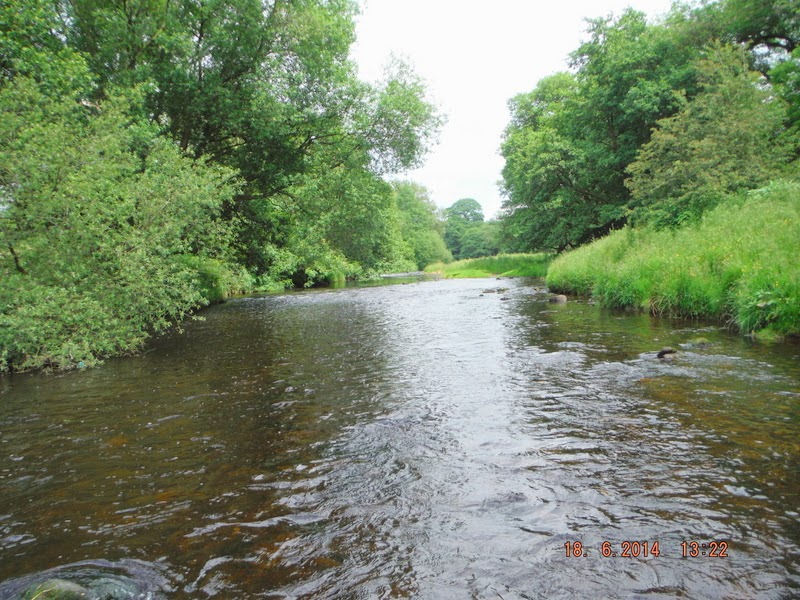 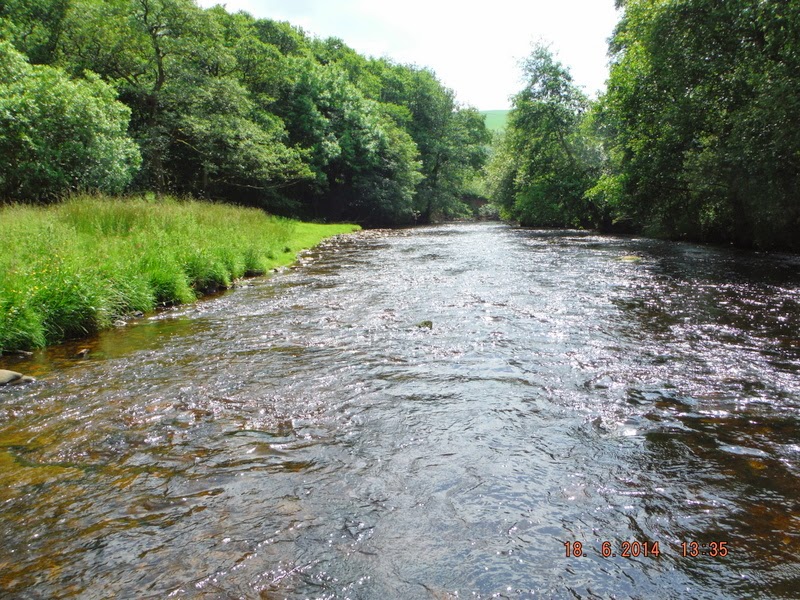 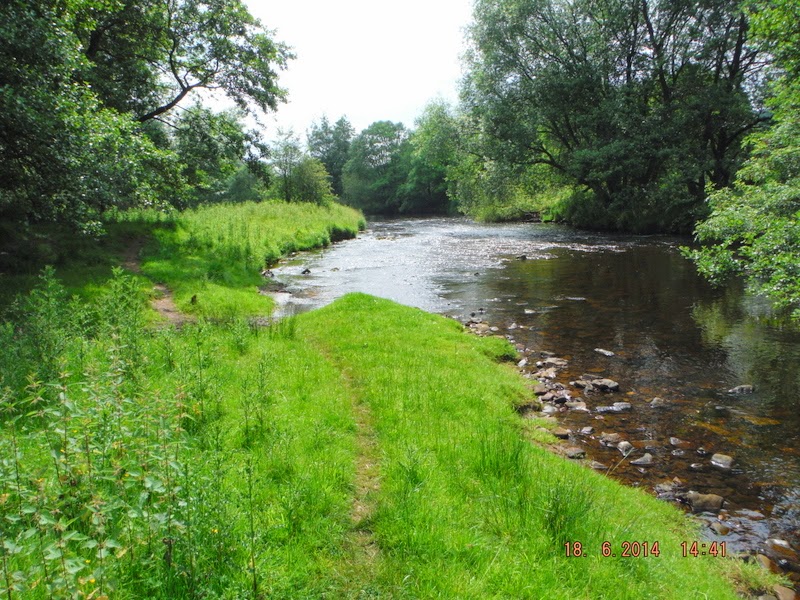 Lots of really fishy looking pools and glides on the way down but no fish rising, caught a further six fish on nymph, but nothing as big as the first one. I eventually arrived at a foot bridge with a large deep pool under and below it, the only way passed it was over barbed wire, I tried that last week and ended up with having to repair my waders.

Put on a pair of dry flies and started back up, nearly back to where I started before finding rising fish. Had one or two come for a look before a good fish took my point fly, but it did not stay on very long and took both my flies and my tippet. Not sure if it was the knot or 1 kg line was too light and that was it for the day.

When I got home I had made a round trip of 60 miles, can't be doing that on a regular basis, but I am glad I went and I am sure there are plenty of better fish than the few that I caught.

Thanks for the heads up see you soon.

Posted by Flyfishing the Irwell and other streams at Wednesday, June 18, 2014