Contacted Dave Bendle and arranged to meet this morning and fish the Croal. Dave calls himself a newcomer to fly fishing, well he gave me  lesson on catching on the Croal. I have never had much luck on the Croal it looks good but I never seem to catch many fish and today was no exception. 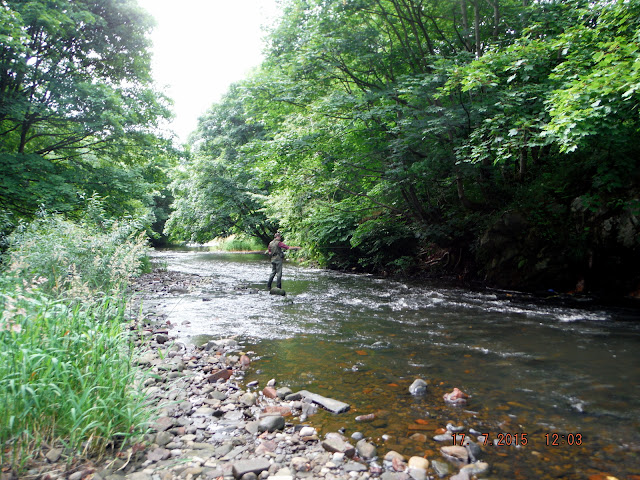 We started off slow both on nymph but soon Dave was into a fish, not a sniff for me. 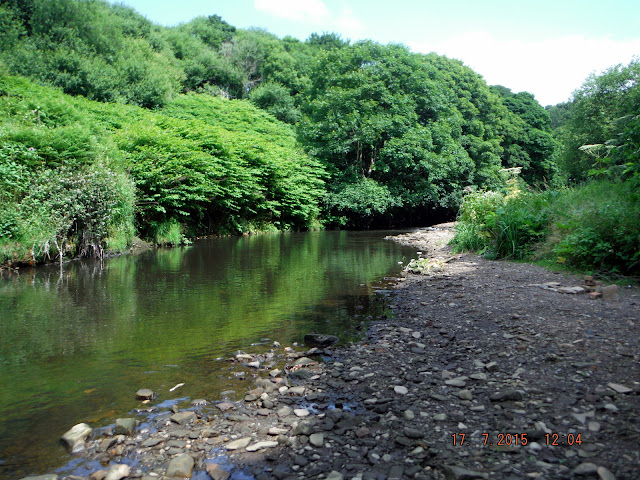 A few fish rising so I switched to dry fly same as nymph not a touch. 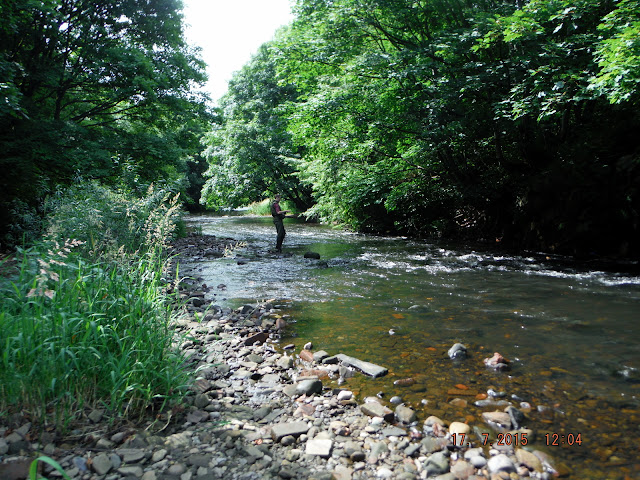 Dave meanwhile was catching one or two. 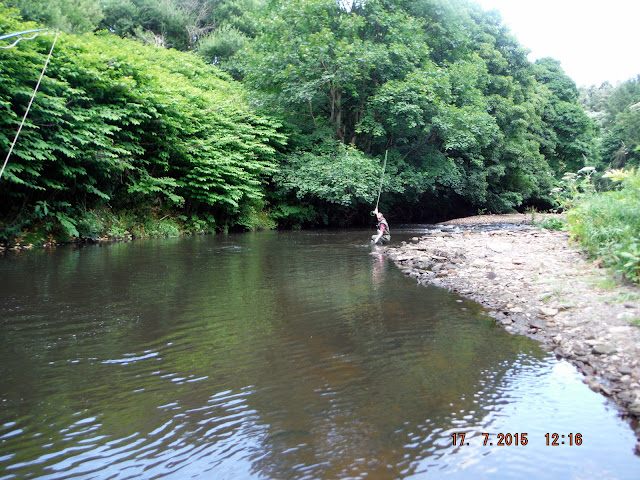 Here he is catching another. 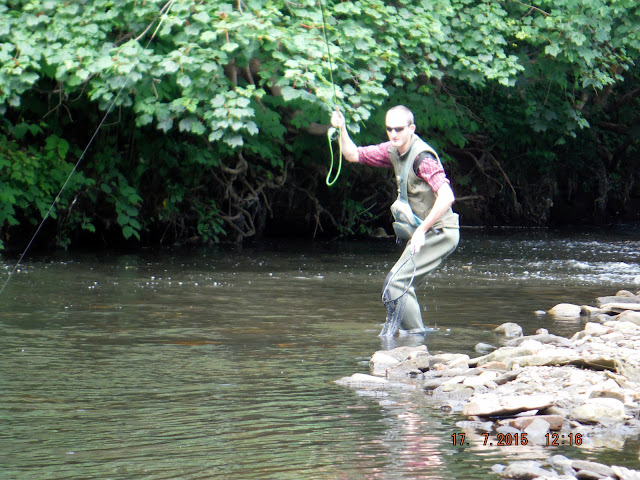 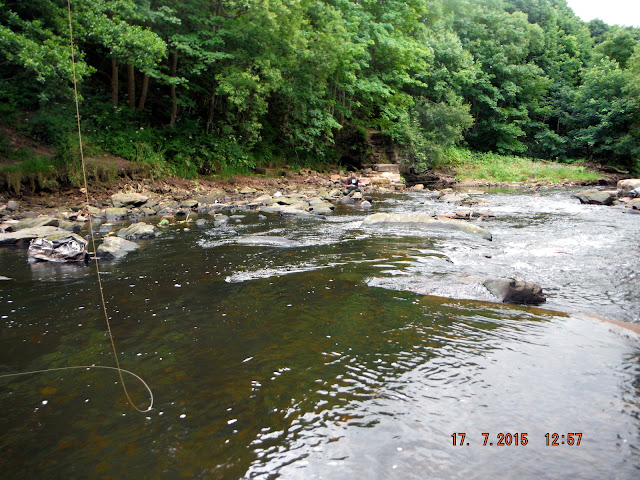 Up above the broken weir I had high hopes but no fish. 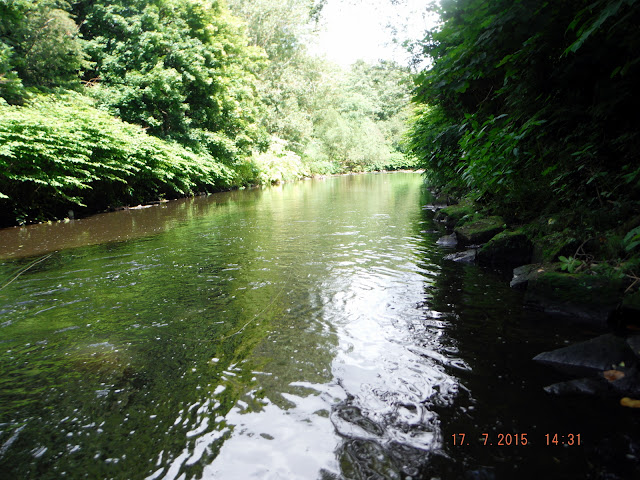 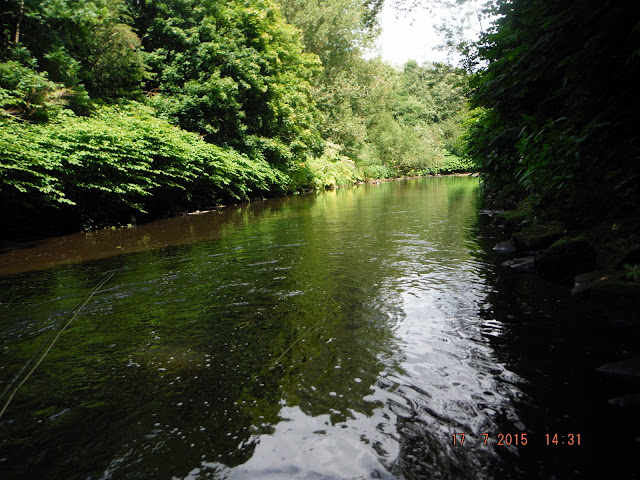 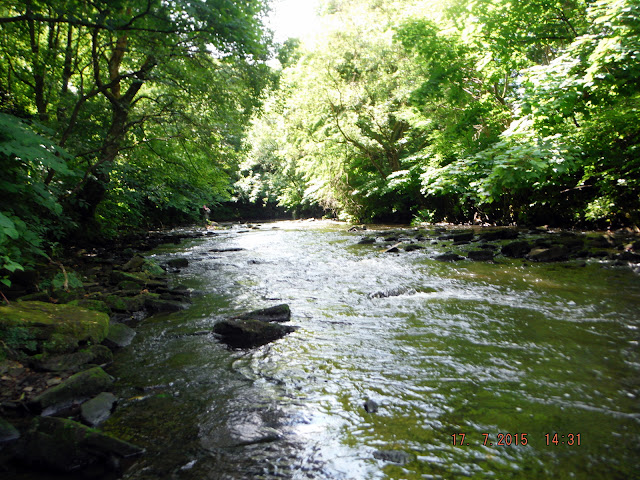 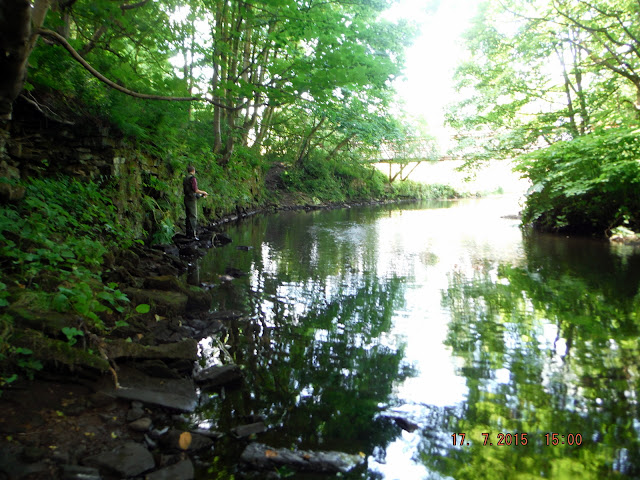 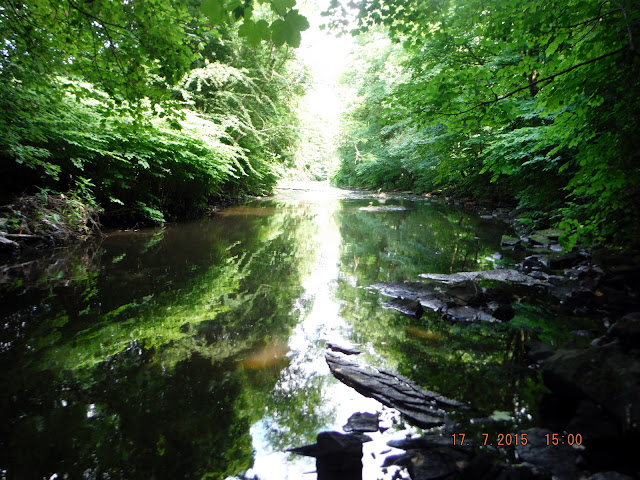 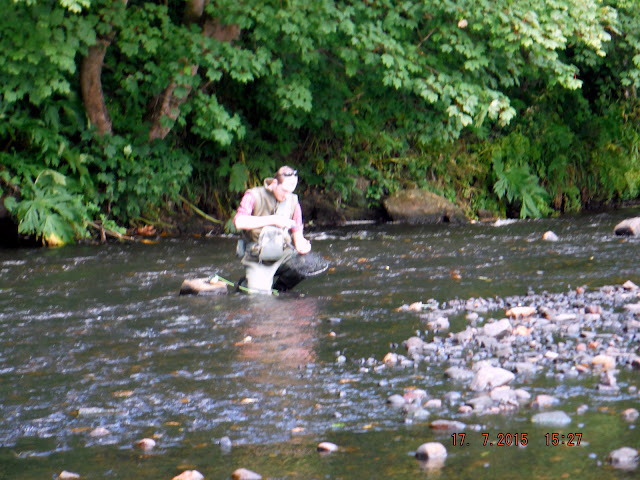 and he is into a fish again.

A complete blank as far as the fish go for me but it was good to see a different method from how I normally fish.

Thanks for the company it was a pleasure to be out with you Dave, hopefully I will do better when we do it again sometime.
Posted by Flyfishing the Irwell and other streams at Friday, July 17, 2015