She that must be obeyed wanted a new door in the kitchen, turned into a difficult job, I am not that good at DIY. What should have been a two hour job took me until mid afternoon. That included old door to the tip.


On the way back I slipped into Firwood for some relaxing fishing, so I thought. 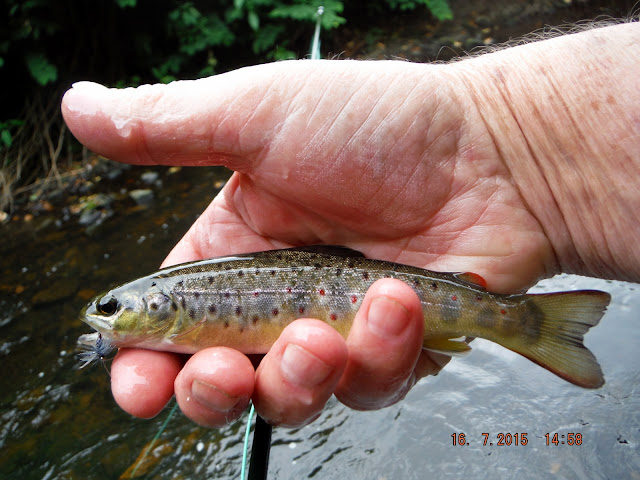 Started well down river of the footbridge, I had forgotten how difficult it was there and I paid the price. 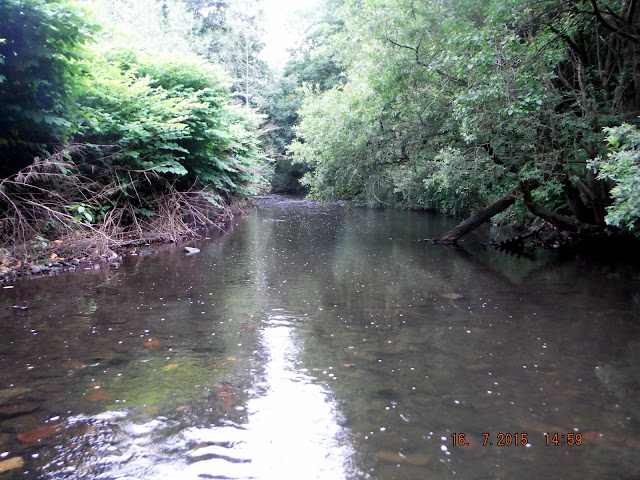 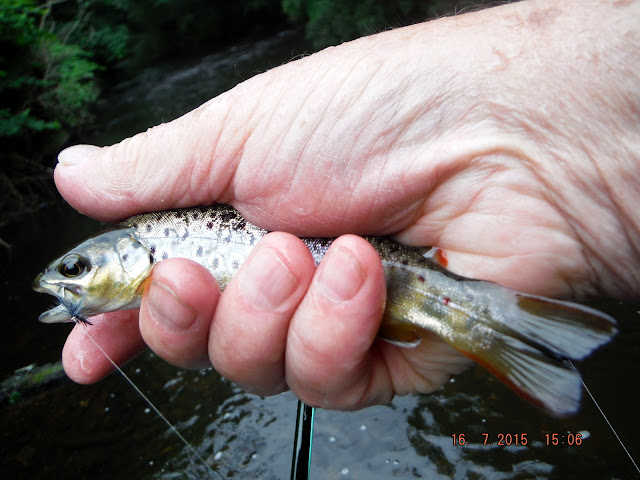 OK I caught fish but I caught far  more trees than fish and lost several flies. 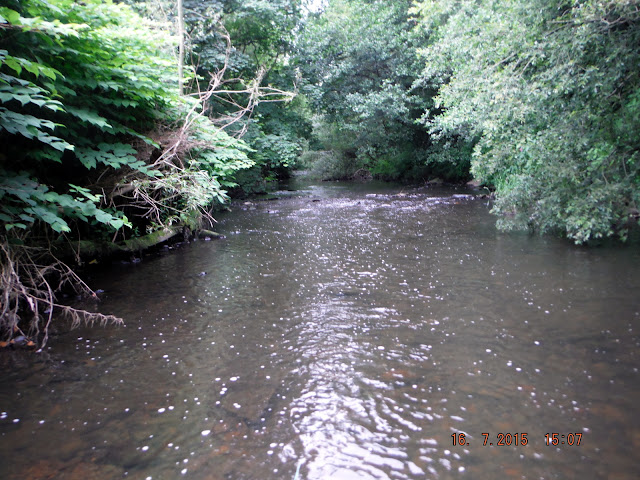 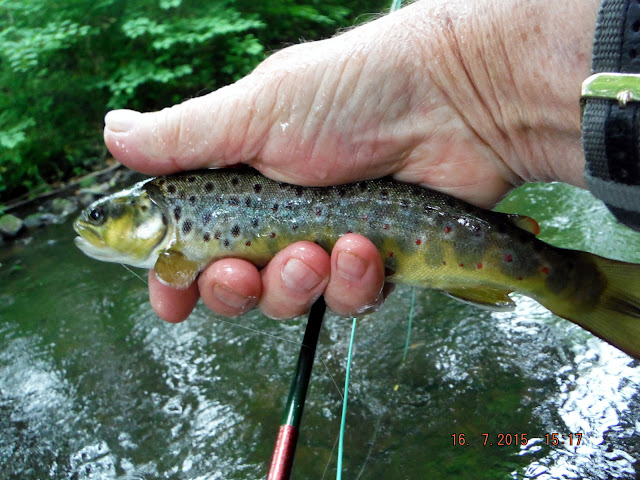 This was the best that I netted. 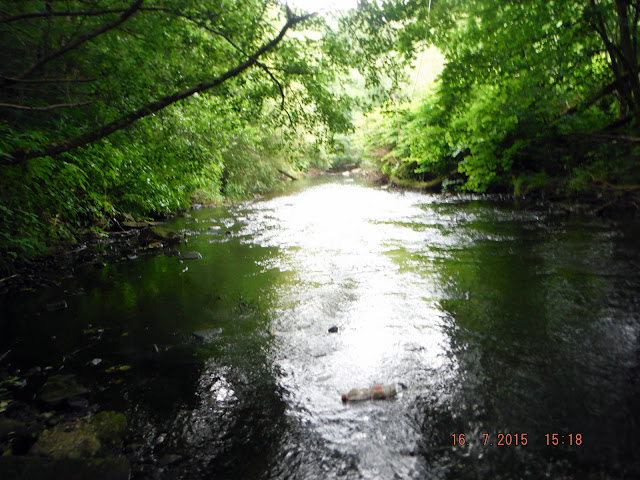 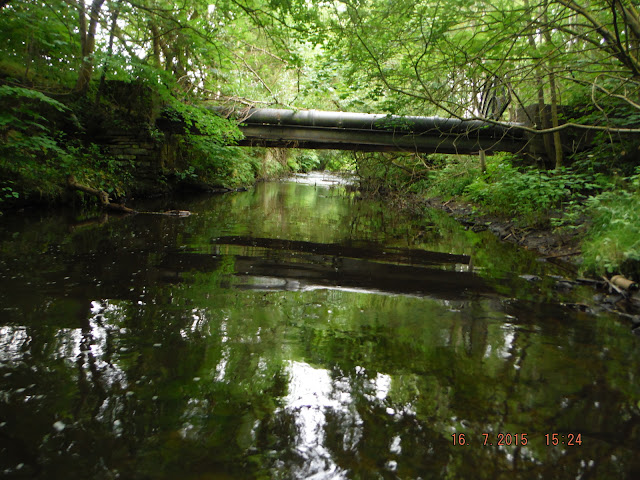 Up under the pipe is a deep pool but there is no back cast when fishing it. 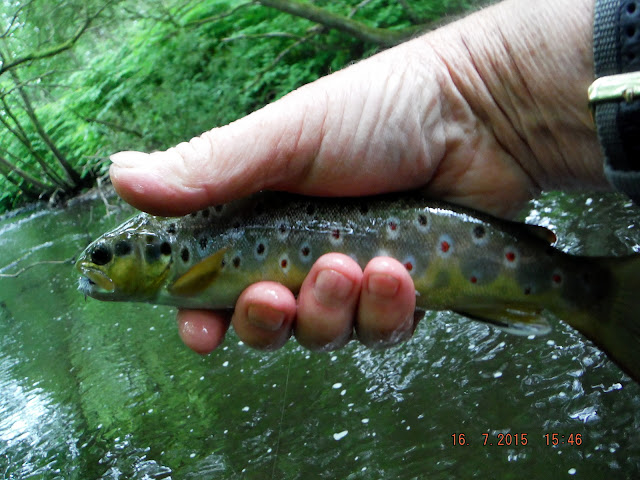 Caught this one there but I lost what felt like very good fish, soon after, which went for the sunken tree. Knowing that if it got there I would be in trouble I gave it some side, but it just snapped of. I will give it another go sometime soon. 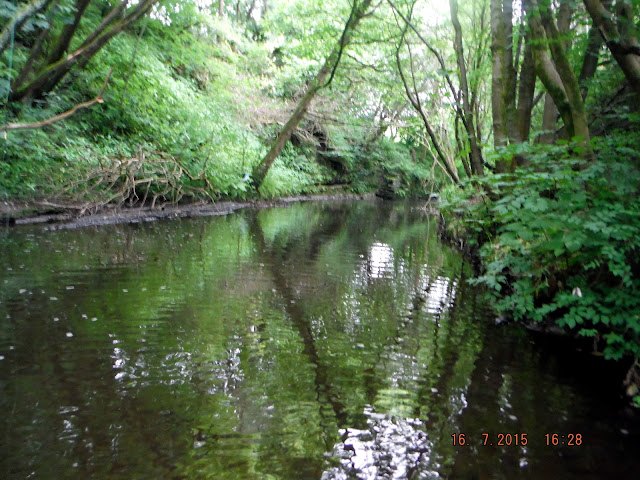 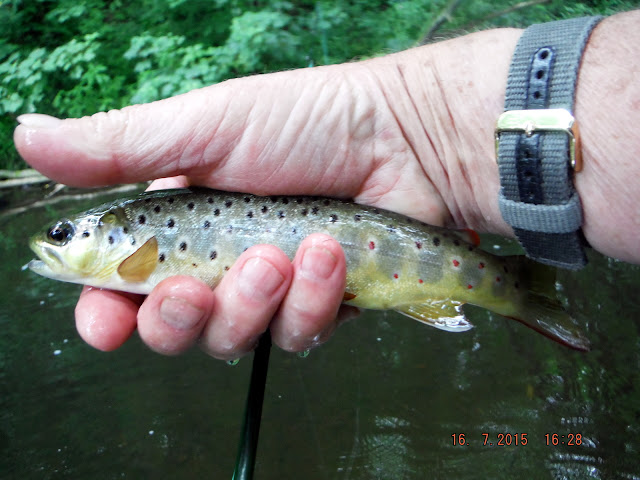 The cast after this one I had another fly in the trees which I had to break off. That was enough for the day, brought all my line onto the reel and waded back to the slope where I could get out. Climbing up the bank and under the tree I realised that my rod felt unbalanced, I had lost the rod tip, had a long look but could not find it. The end of a not to good day, always tomorrow though got to be better.

Good job that I have a couple of other 7 foot rods including a split cane which I will use tomorrow.
Posted by Flyfishing the Irwell and other streams at Thursday, July 16, 2015