I actually did the sample yesterday as I had things to do today, glad I did, it was warm to yesterday but not as warm as today.

The river is still very low and no sign of rain until the weekend and then not much. The sample result was much better than last month which is as expected. Lots of Olives(Baetidae) which are the main species that end up in the net. I don't get much else from the sample except Caddis, cased mainly with a few caseless. The cased don't get in the net you have to look under the rocks to find them.

Had a fish as always but it was very hot in my waders, had to get them wet to cool me down. Lots of Minnows as I walked up river, then a good trout went down river past me. Thought that was my luck gone, but not so I was soon into this one. 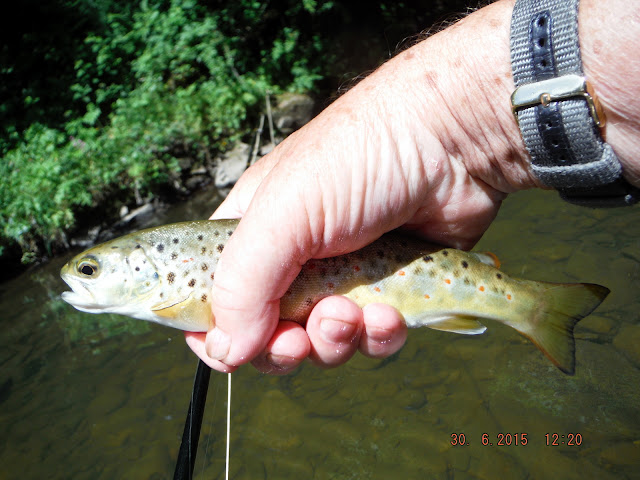 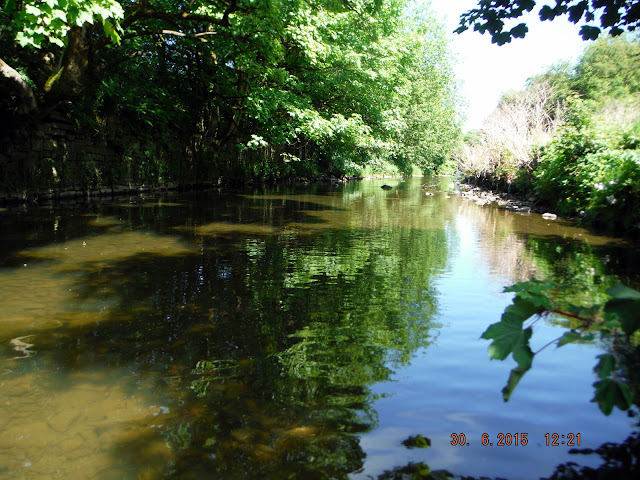 The next fish was very pleasing, I had to cast under bushes that were part in the water and hooked a fish over 12 inches and soon had it in the net. From there it went all wrong, I was in the middle of the river and decided to unhook it in the net and then, with camera in left hand and fish in the right take a it's photo. But one twist and it was gone, will I ever learn. 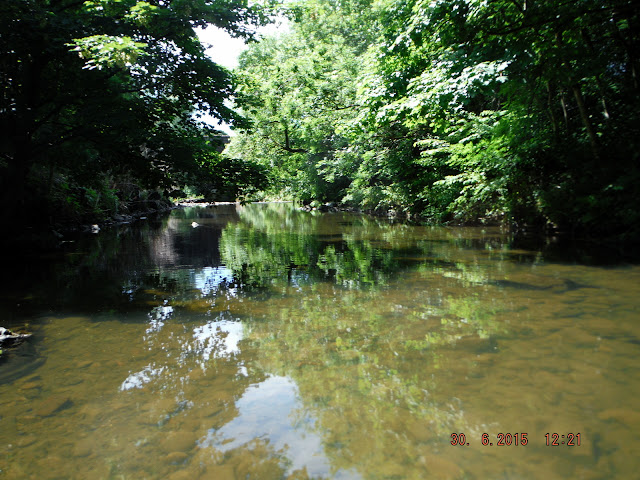 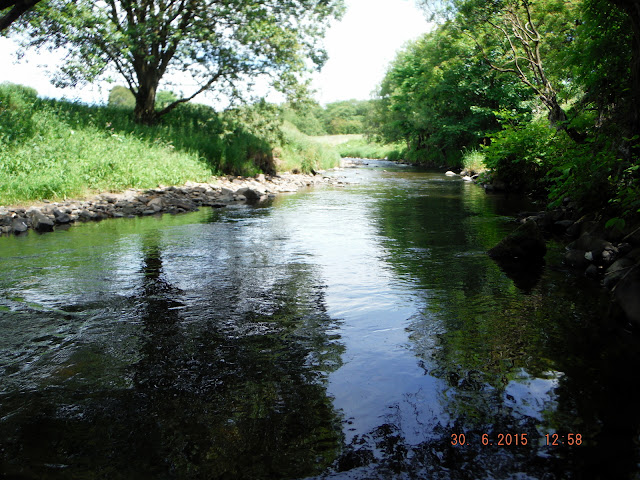 The answer is no as I did the same thing in this pool. 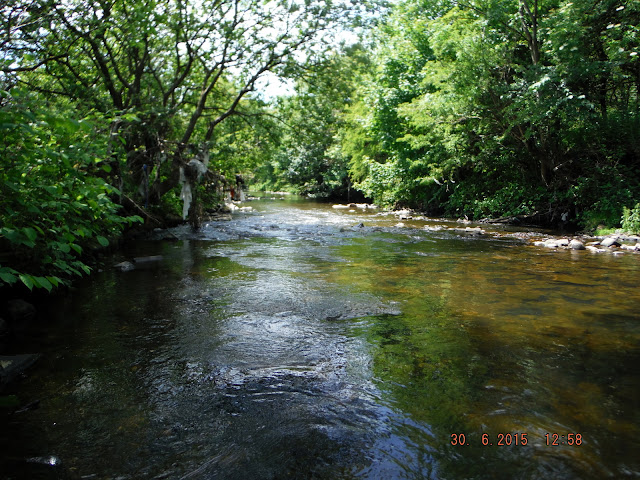 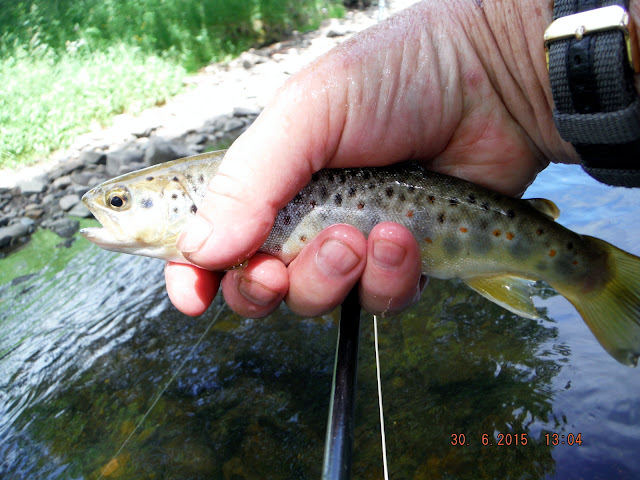 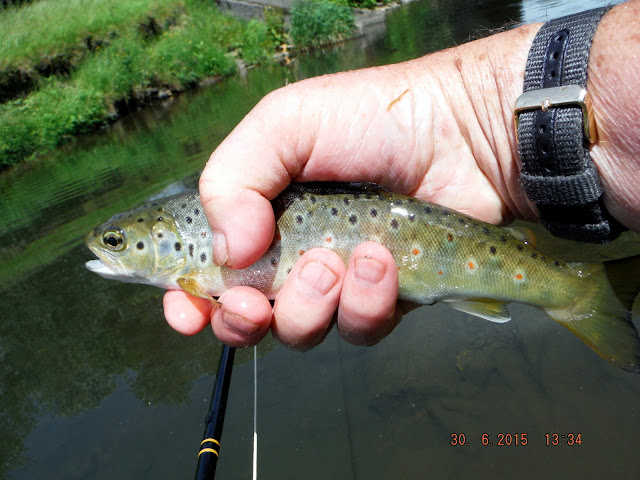 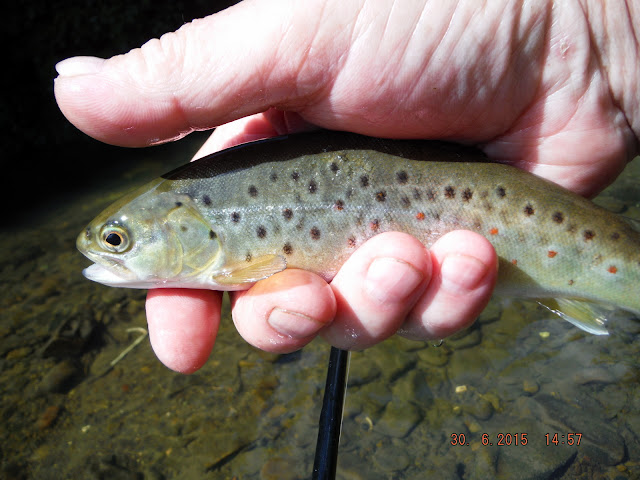 Did a bit better with these three, so the day was not a complete disaster.
Posted by Flyfishing the Irwell and other streams at Wednesday, July 01, 2015