Another sunny and warm day, almost unheard off for this time of year. The Roch has some very good fish on this stretch, the problem later in the year is fighting your way through the under growth which gets very dense. At the moment it is not much of a problem the Himalayan Balsam is only one inch high. 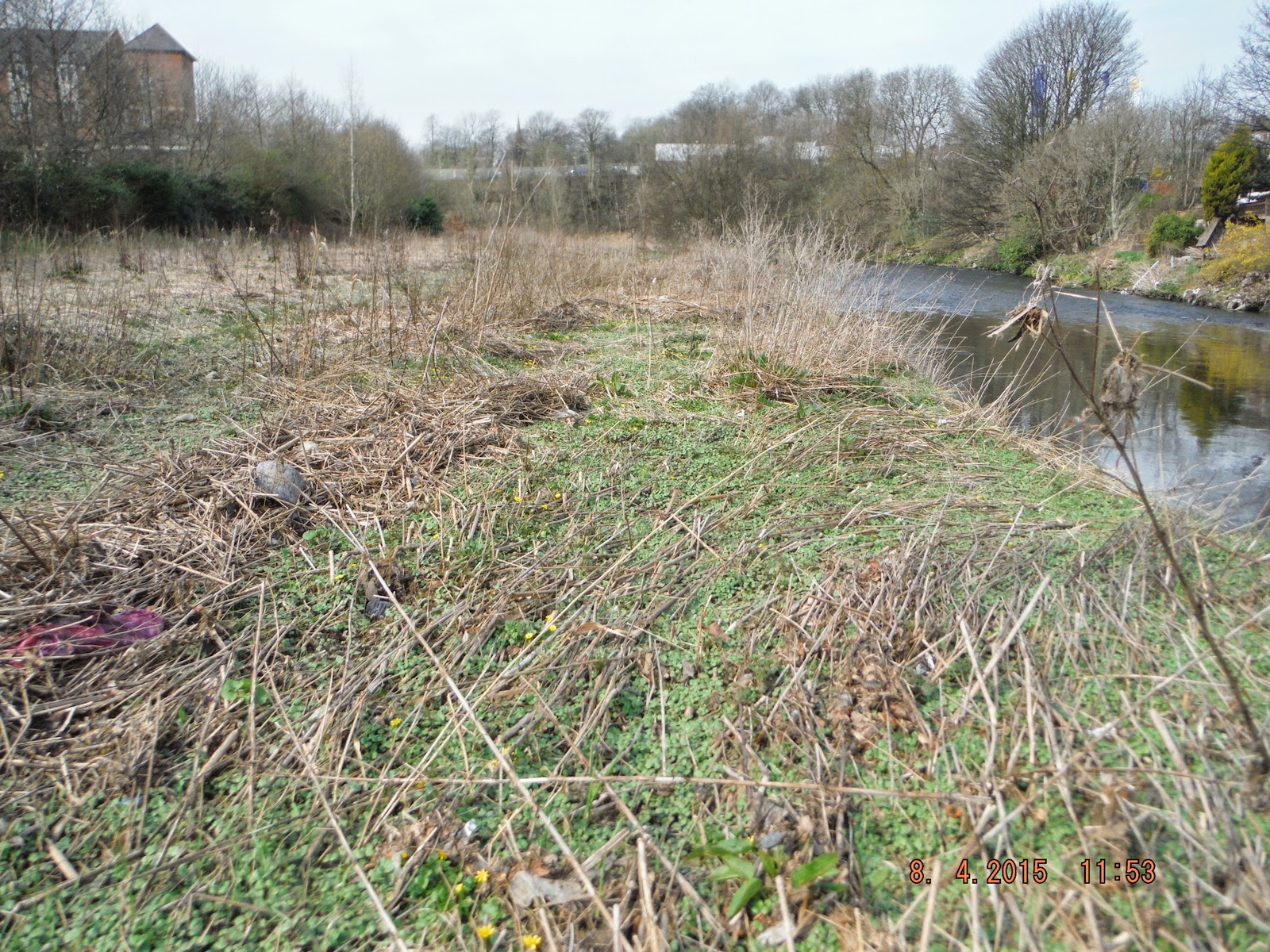 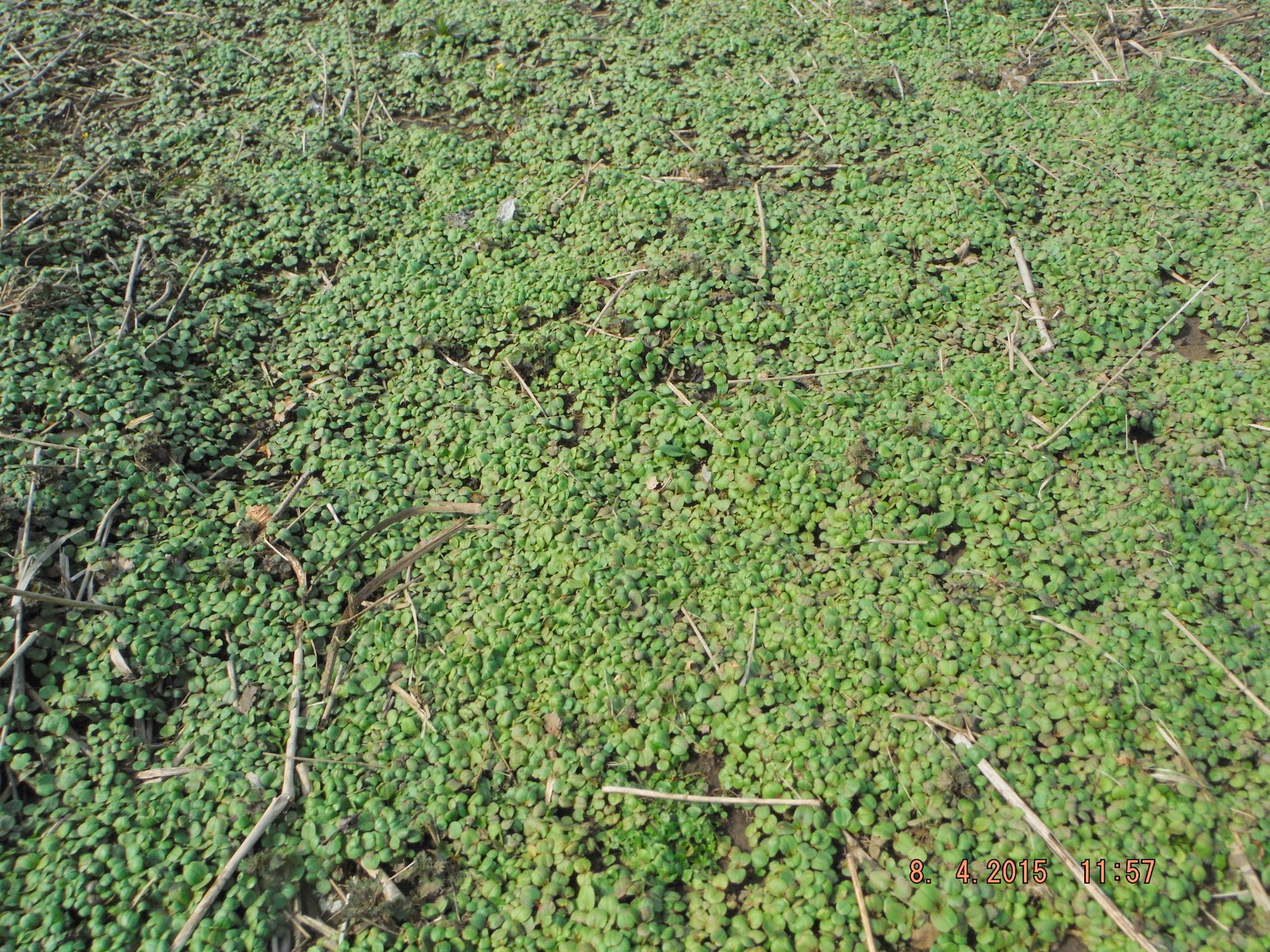 As you can see there is going to be plenty of it, literally thousands and thousands of plants. Together with the Brambles and a plant called Sticky Willy, it really does stick to just about everything that touches it. 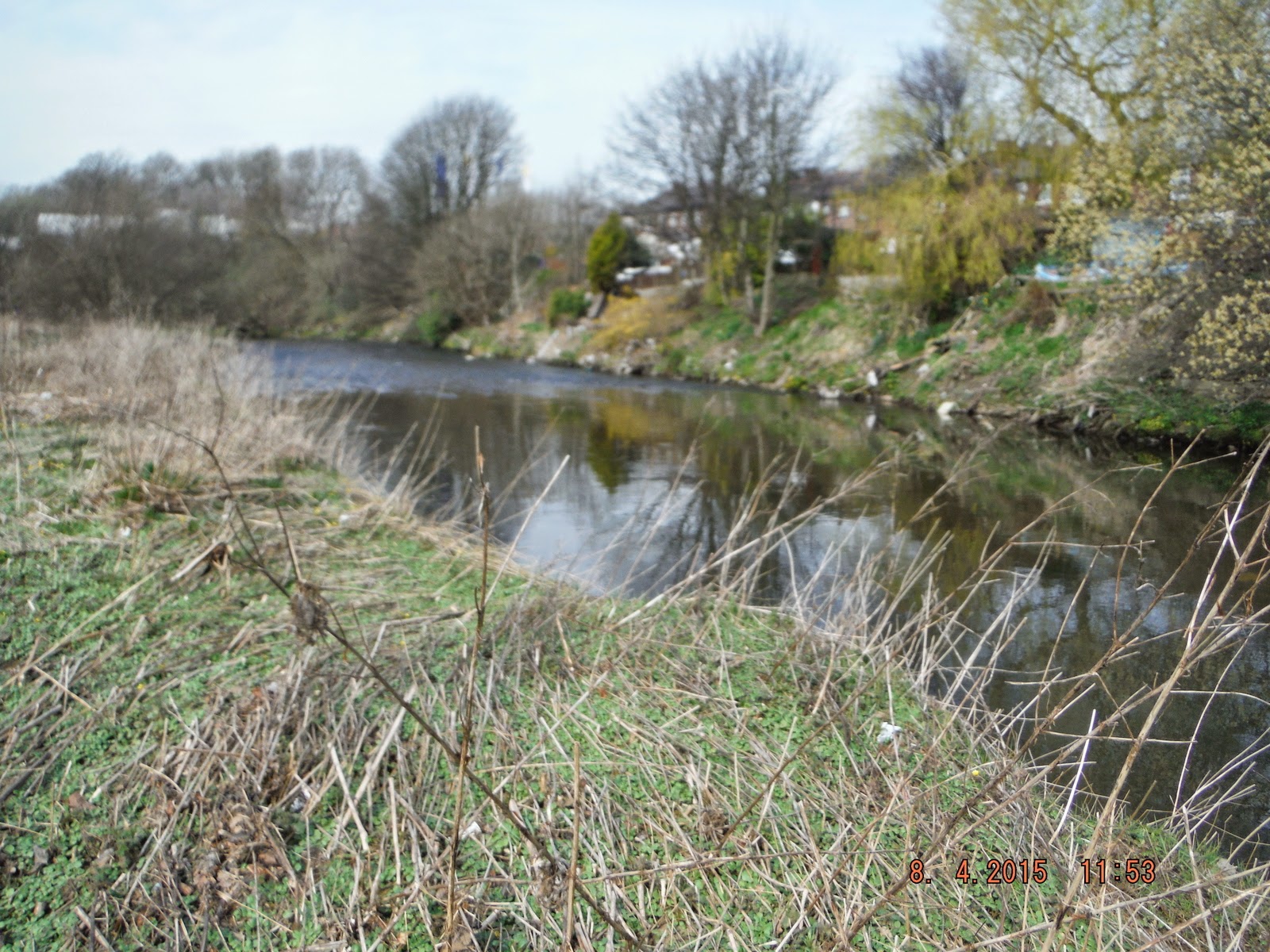 When the plants are up I have to wade down to the best pools, which means the river level has to be just right. 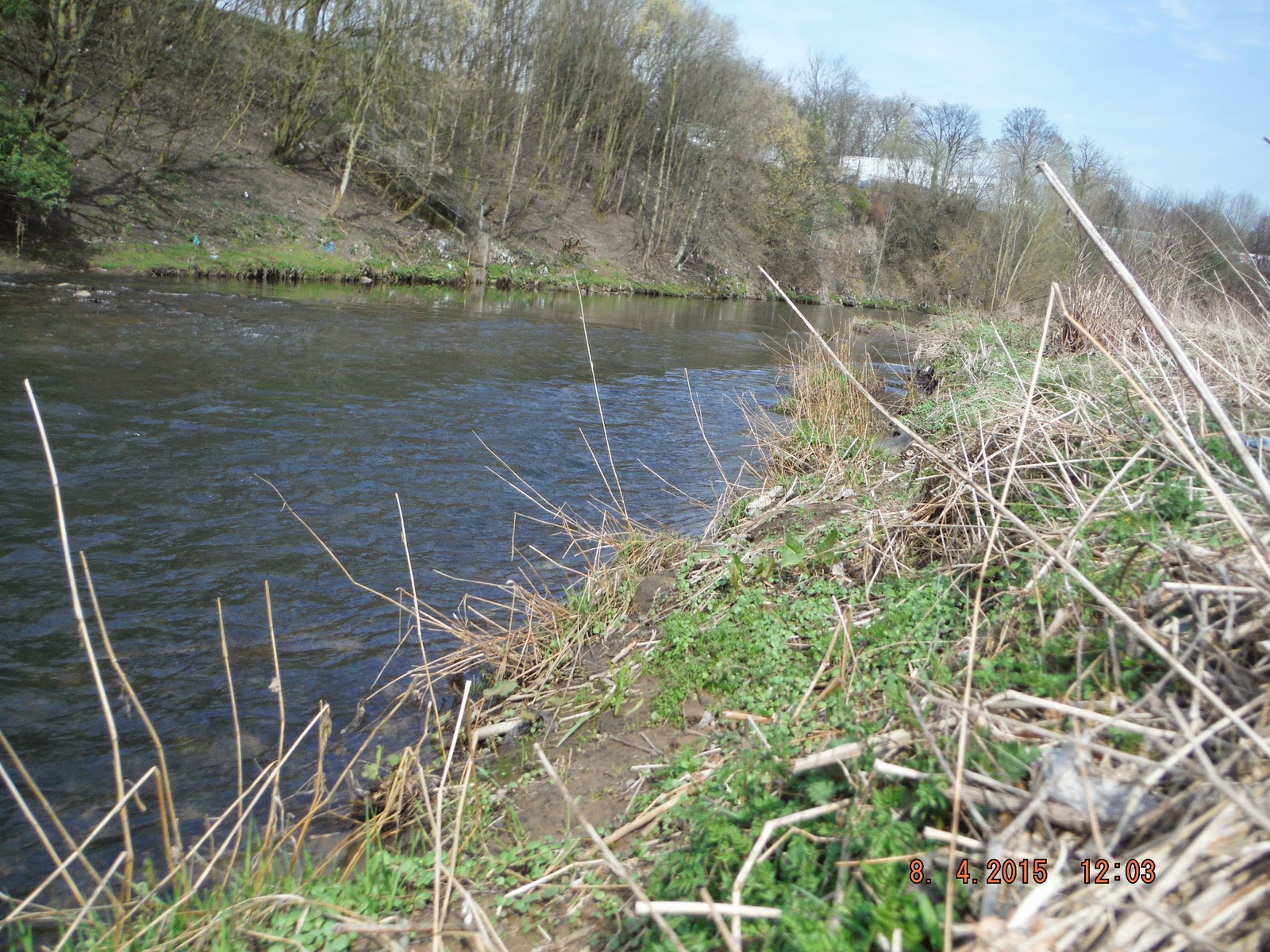 The river was looking pretty good and there was flies hatching, but no trout rising. 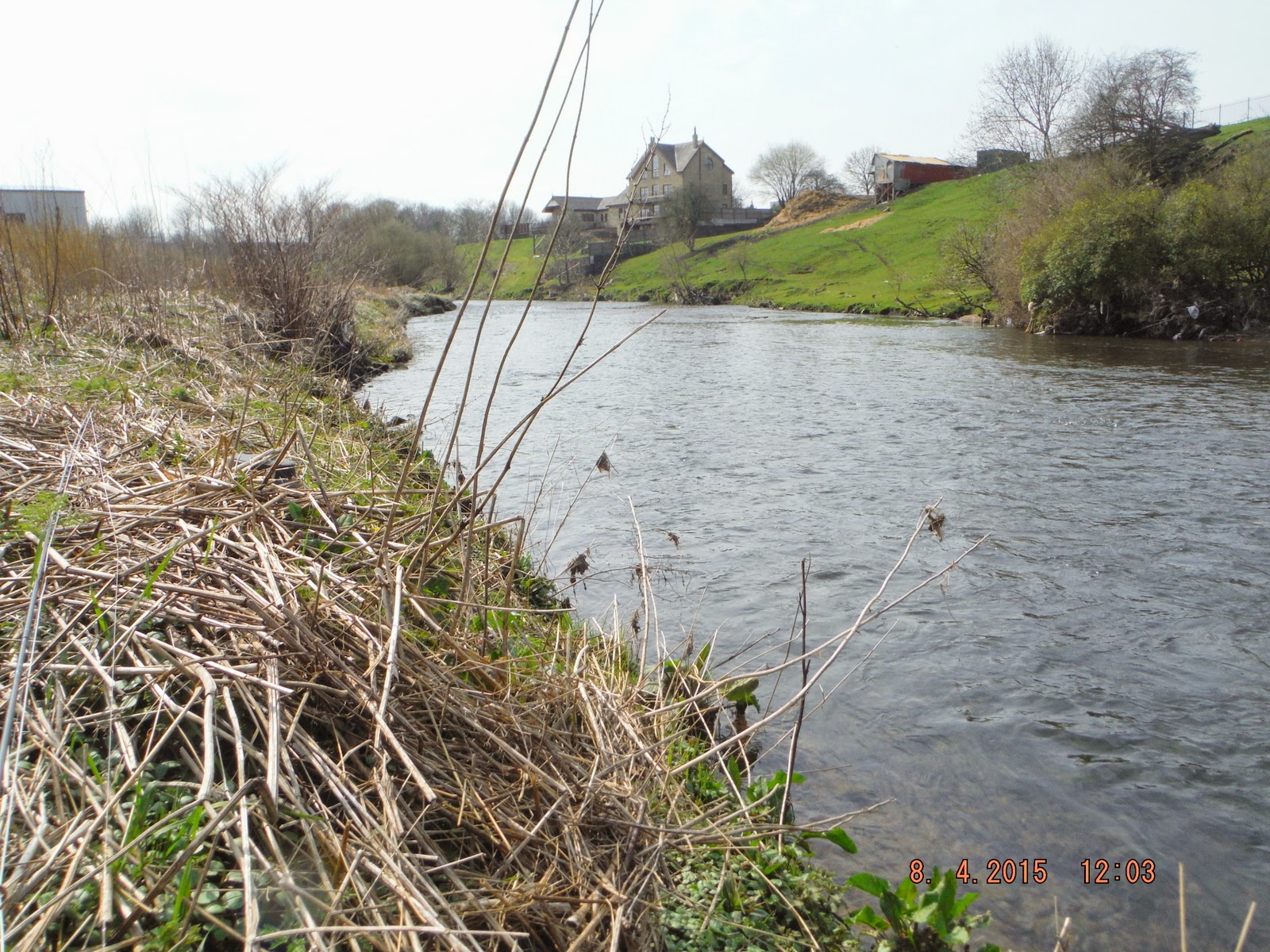 I found a place to sit and watch hoping that fish would start to rise, it took a while before one did. 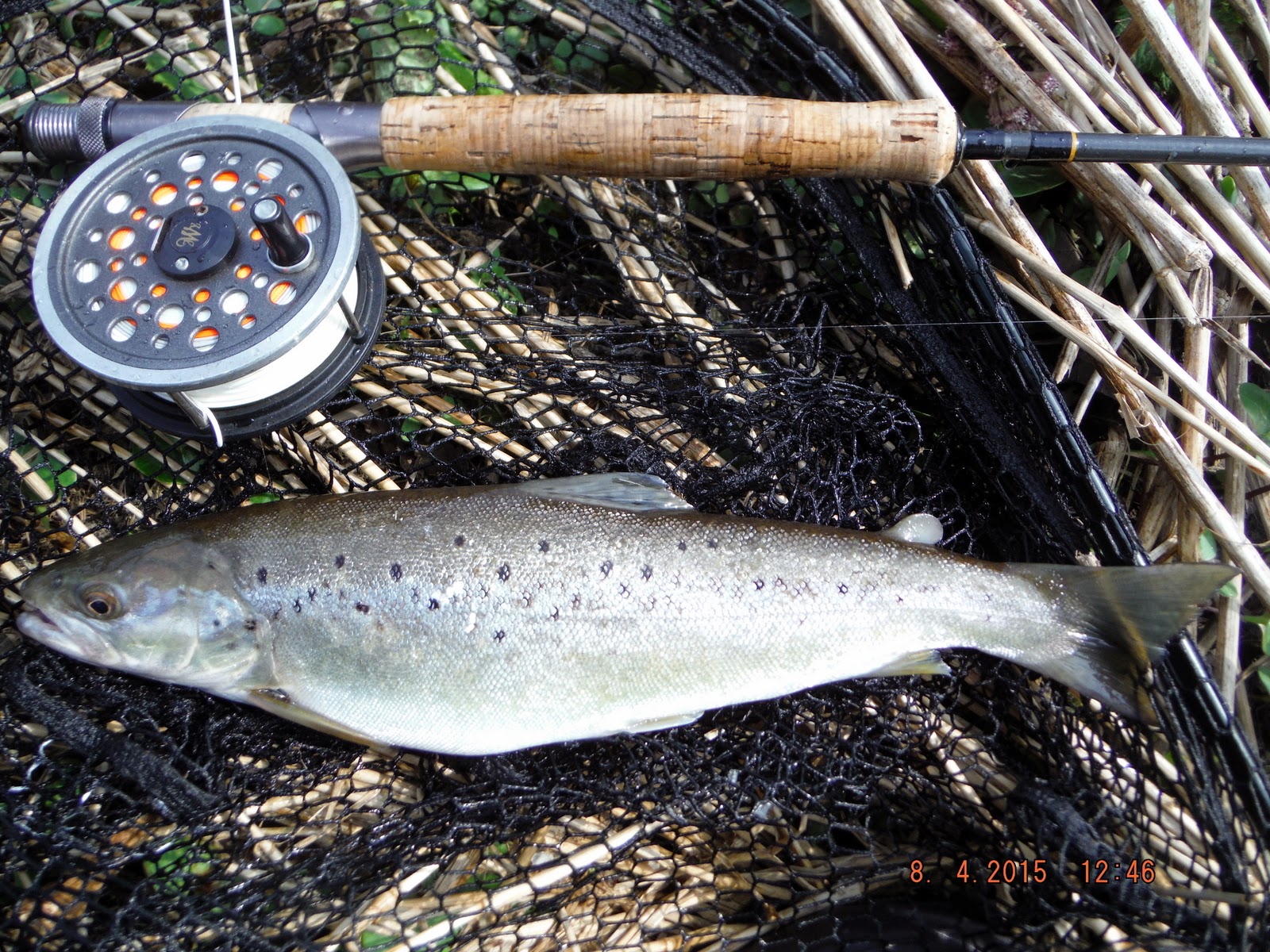 It took an Iron Blue Dun and went 14 inches. Nothing else moved so I started up stream and saw nothing else. 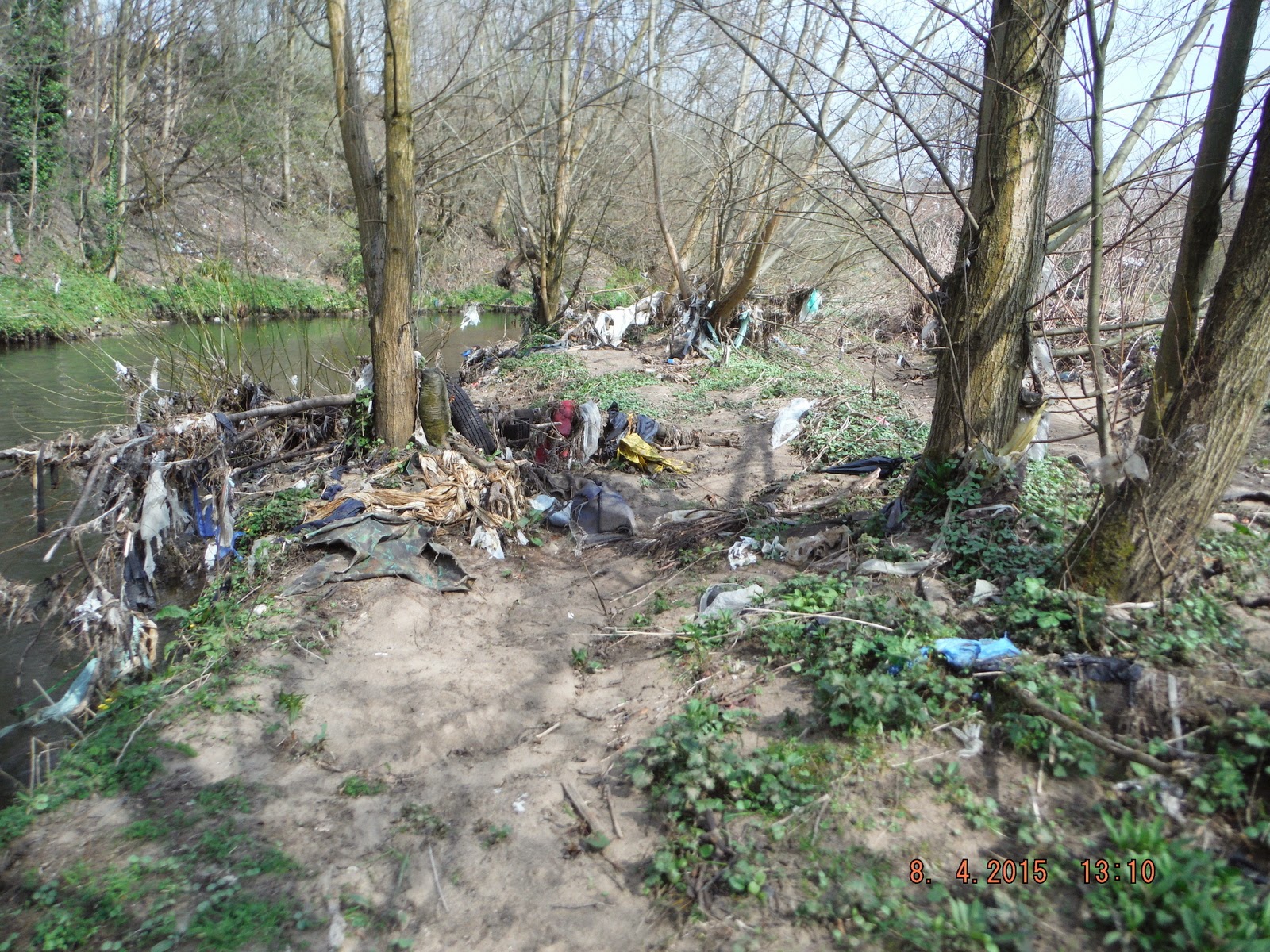 The fish are good but rubbish that comes down the river is awful. 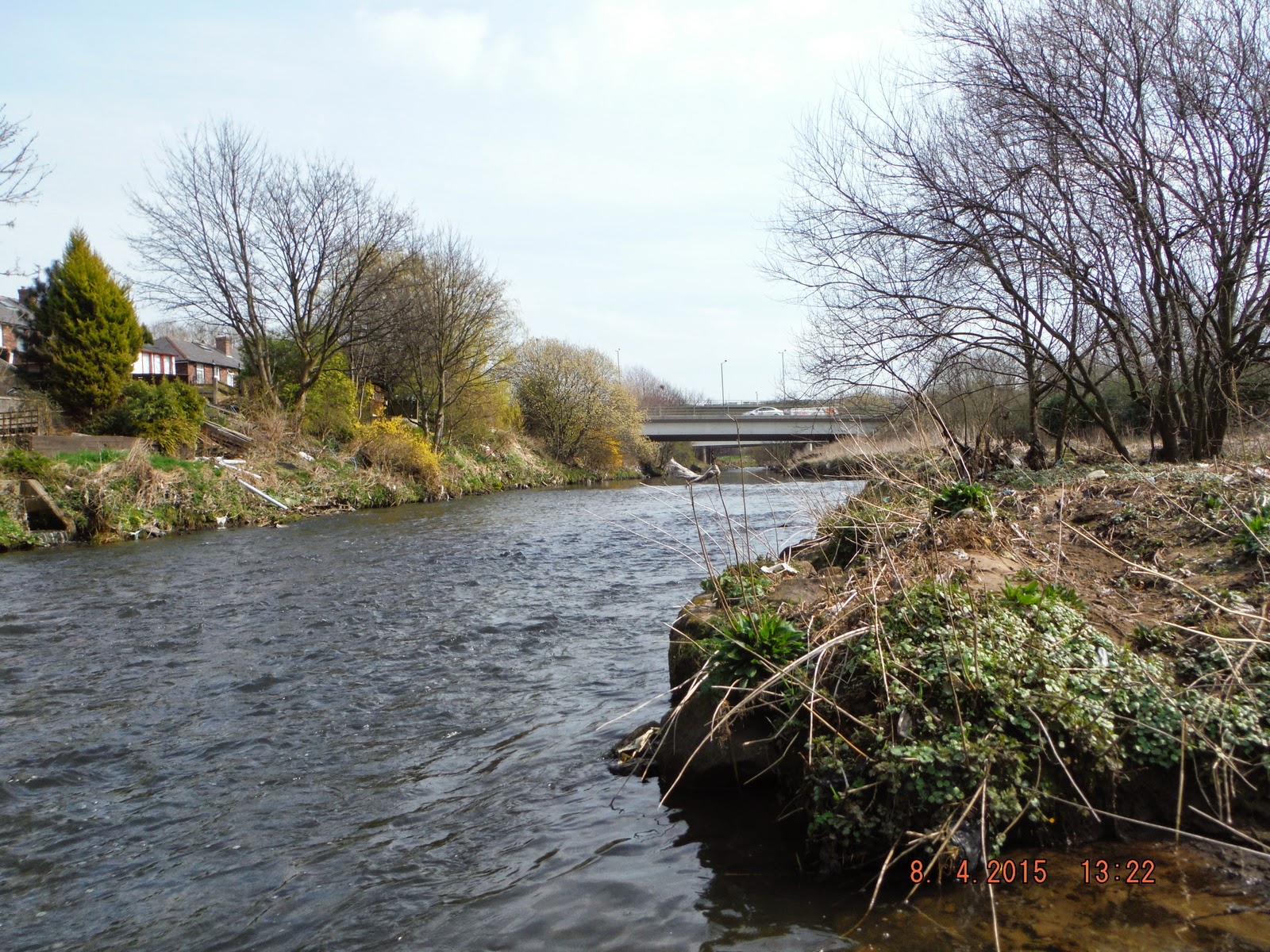 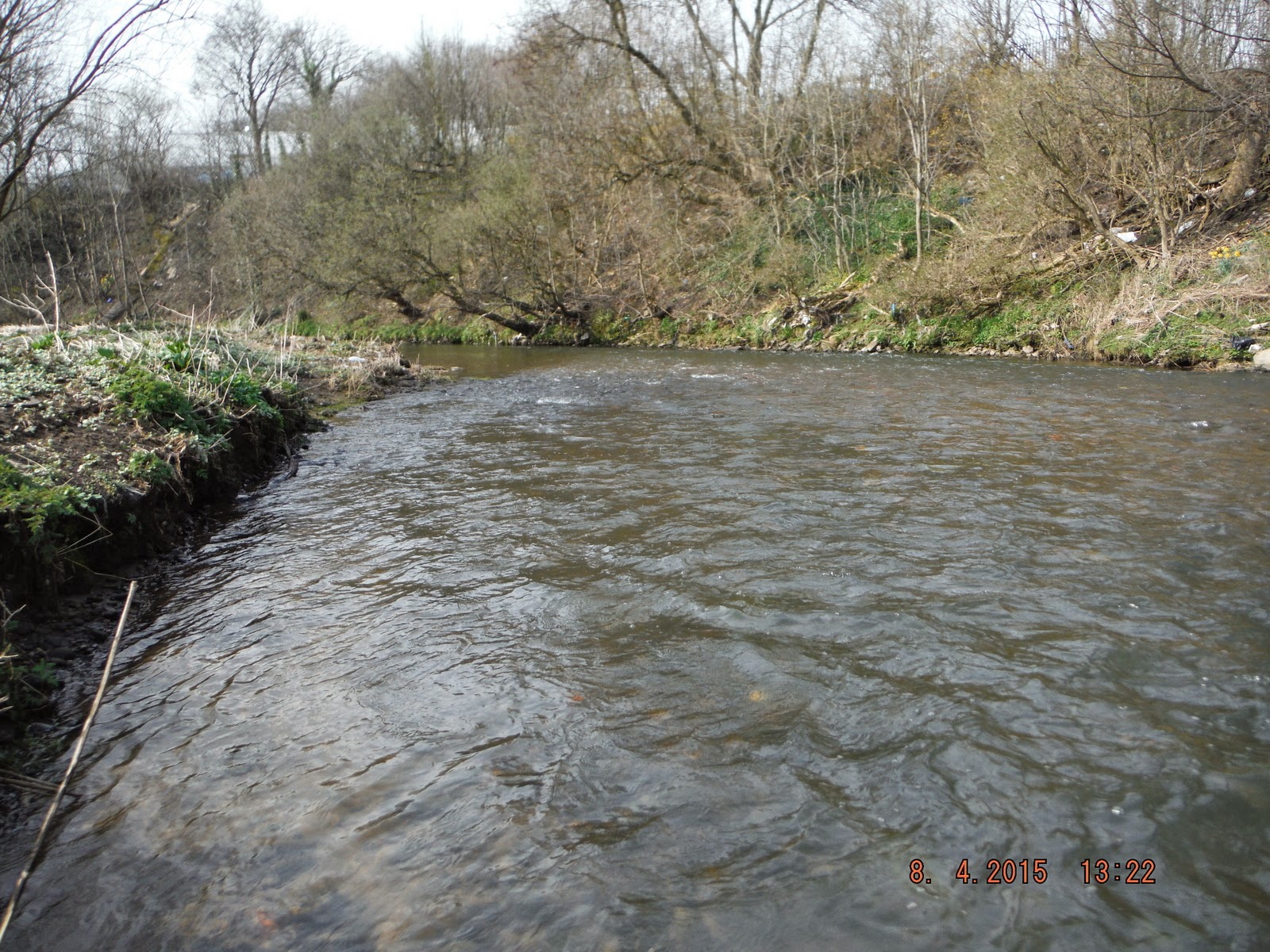 Still no sign of fish, decided to drive farther down river to another good stretch. Forgetting that it was school holidays, finding children in the river there, did not stay.

Instead I went to the Irwell at Dumers Lane where last year a walk by the river was planned, hoping that it would now be ready. It was there but still not finished. 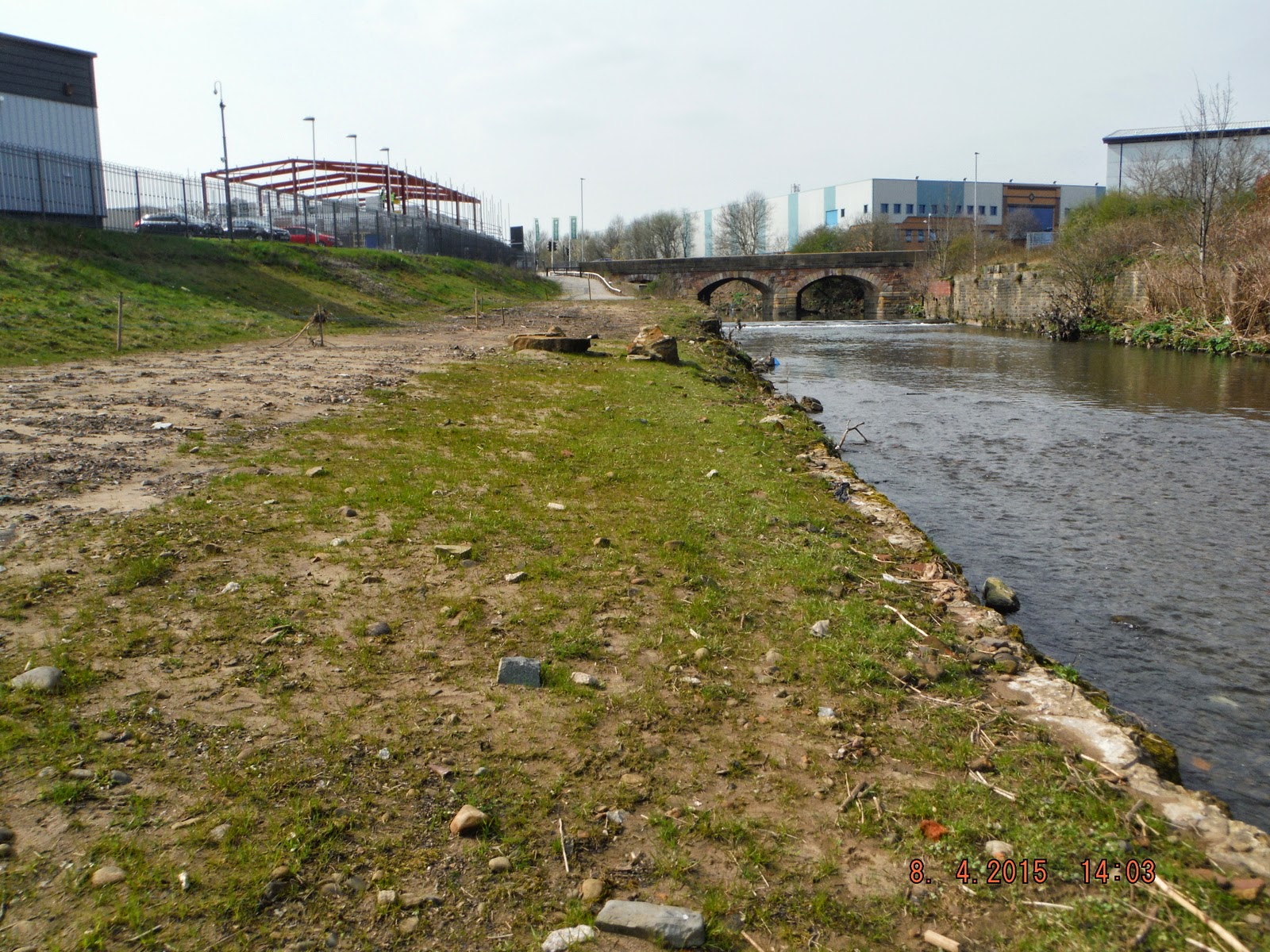 The path is supposed to be ten yards back from the river, not much sign of it as yet. Except for the start of it in the background. 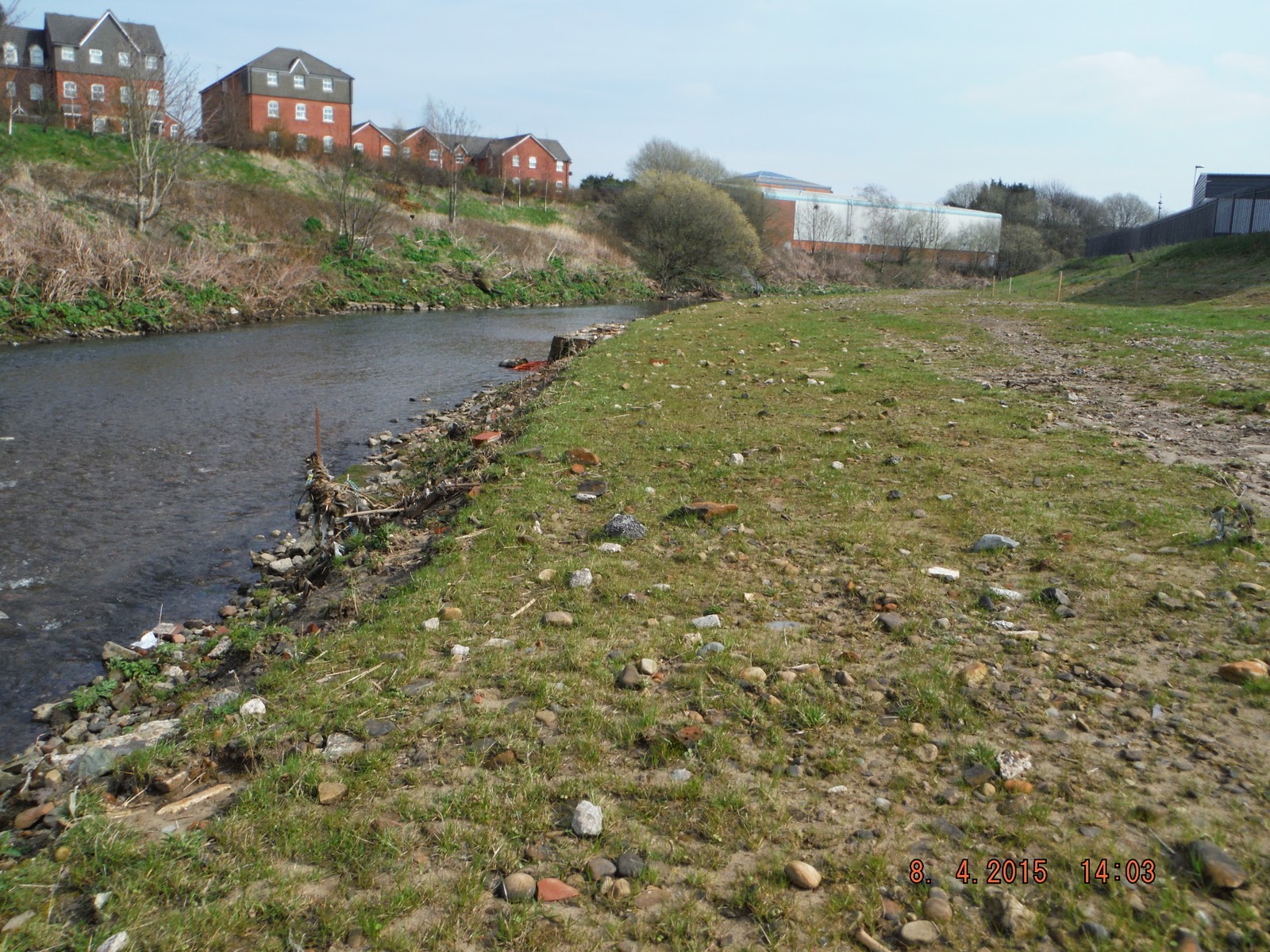 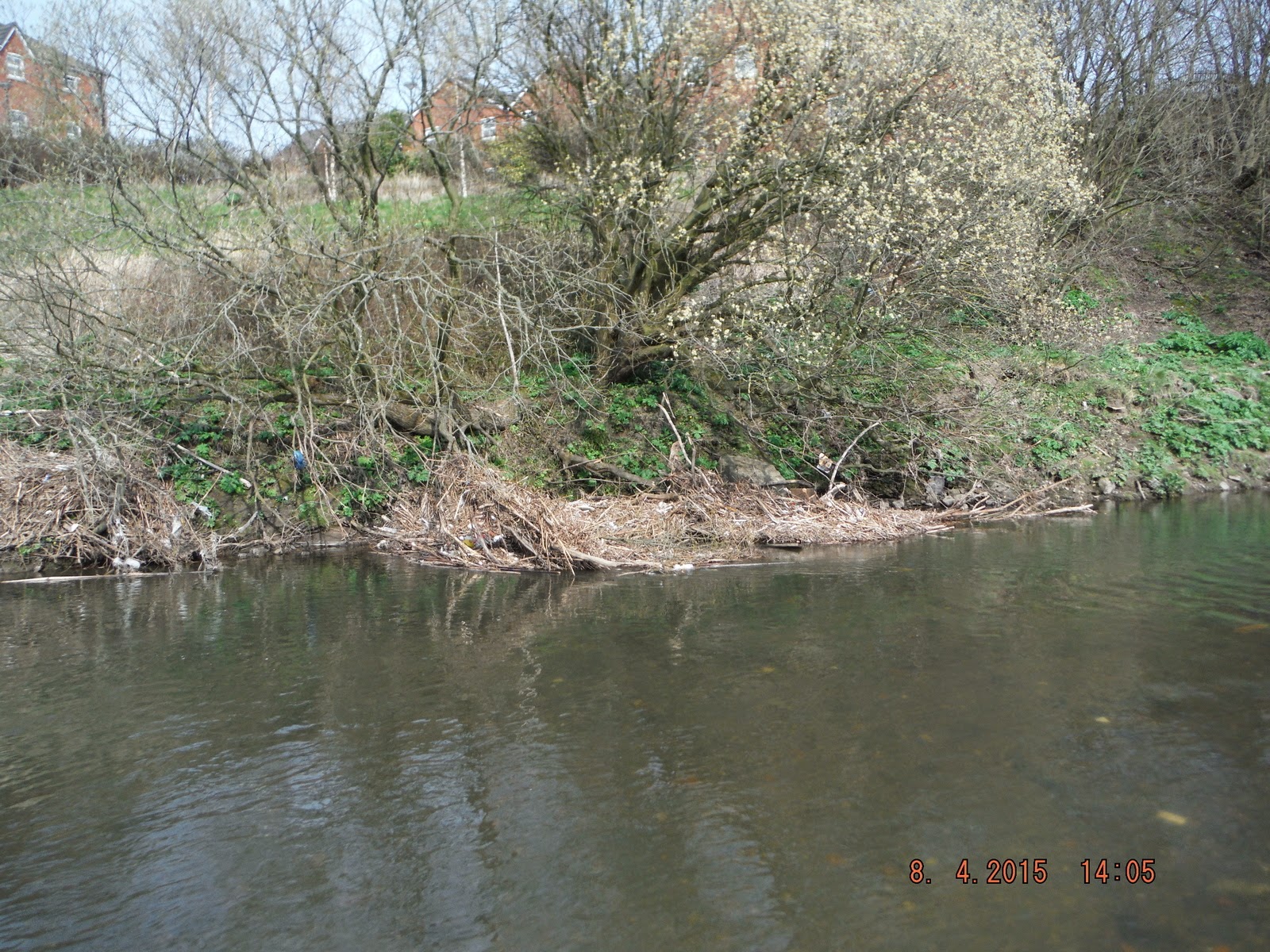 A few places that should hold fish. 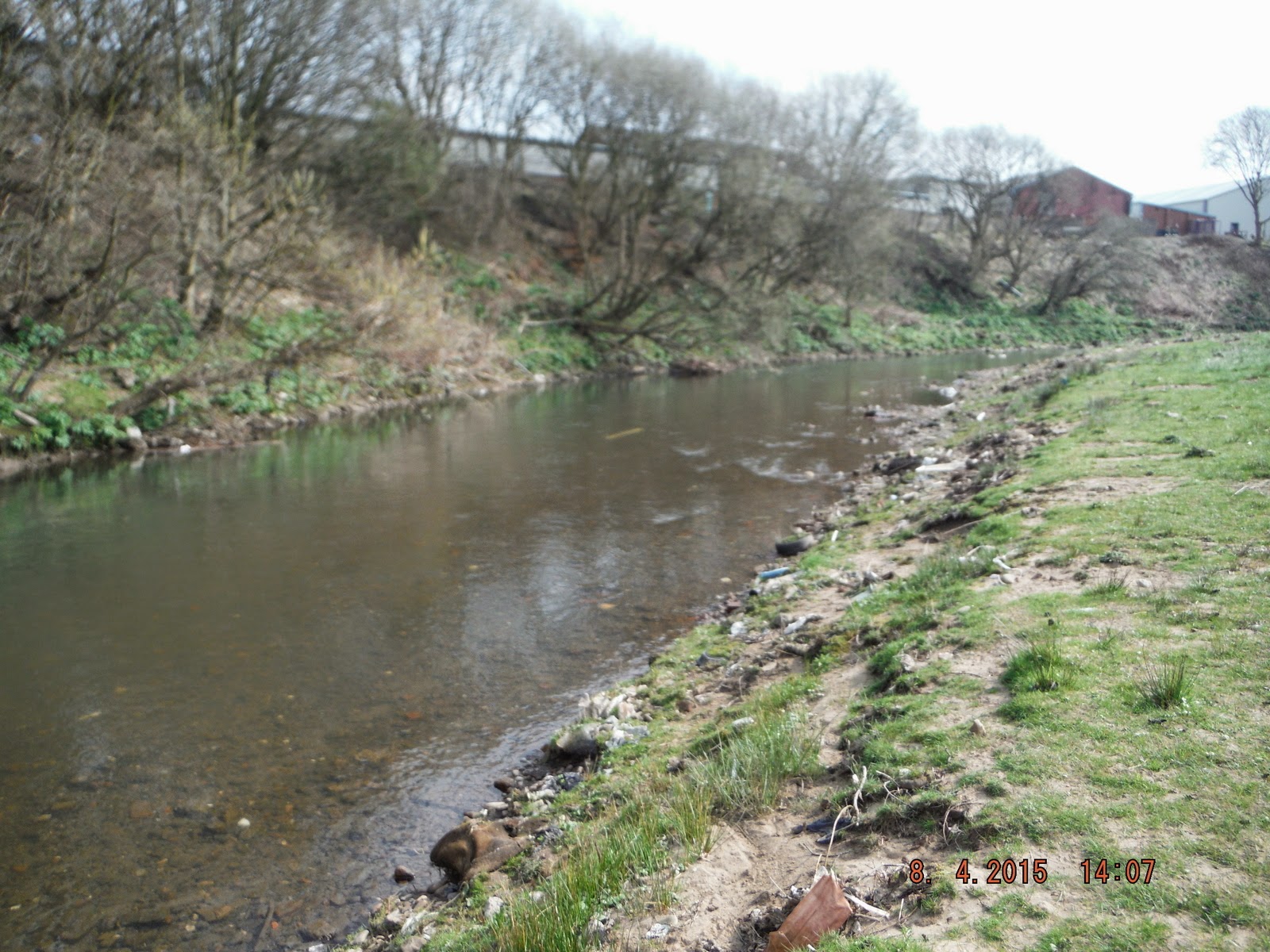 I did not see any sign of fish though. 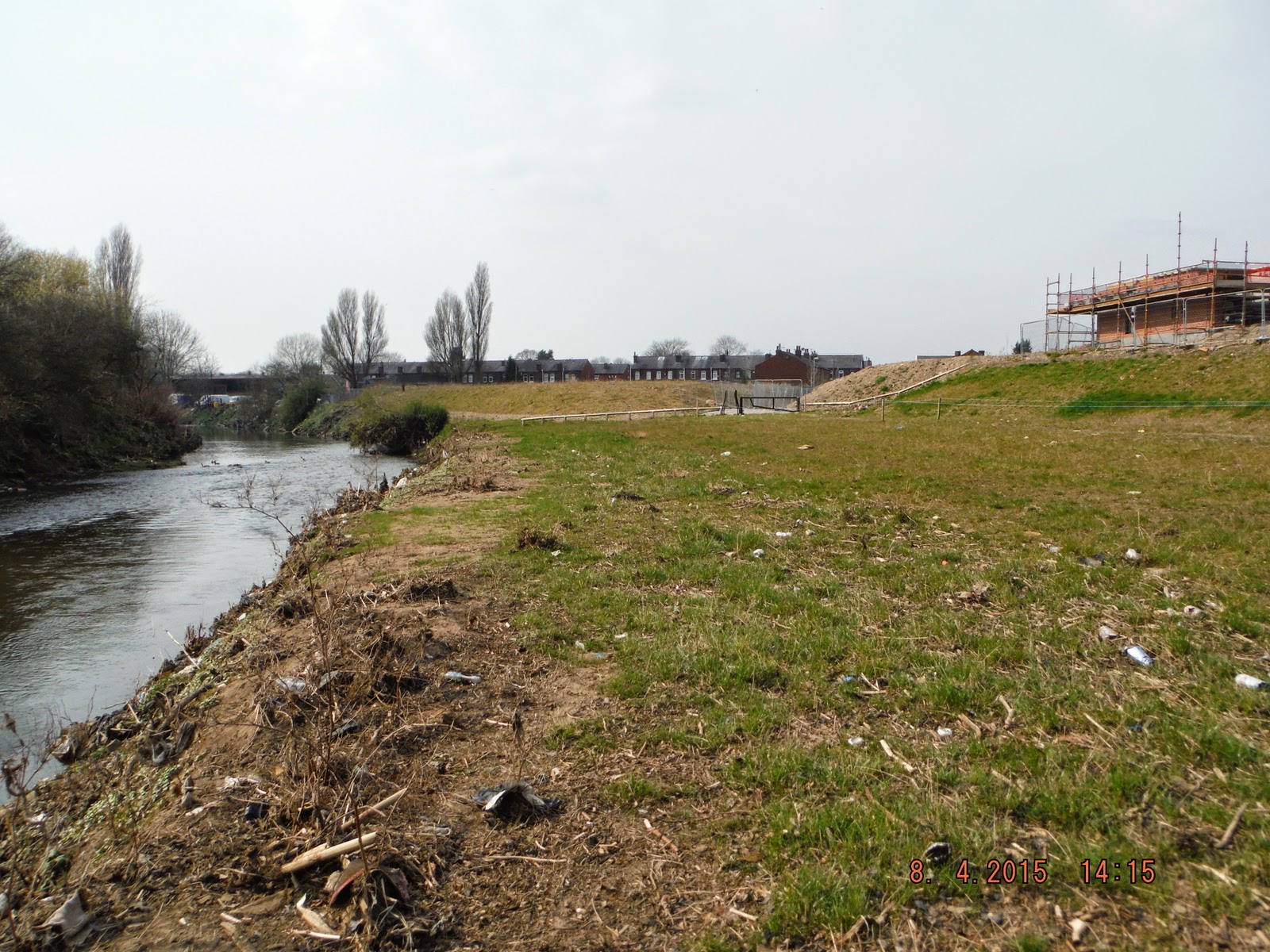 This is the bottom end of the path, on the other side of the river down here is the Bury WWTW. (Sewage Works) 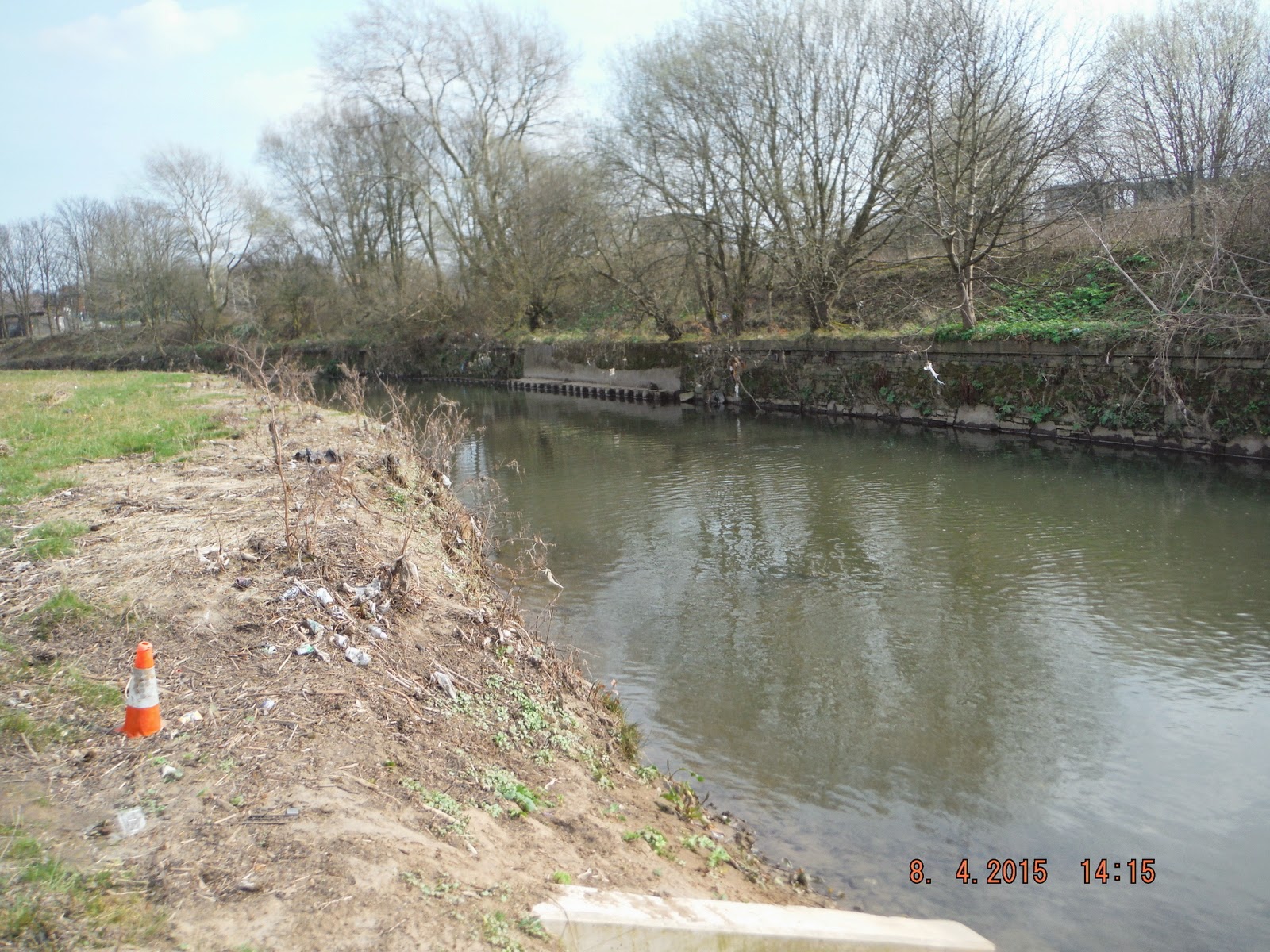 That's part of it on the right.

I had some hopes that this stretch would become a good place for trout and chub, I will have to give it a try soon.

Posted by Flyfishing the Irwell and other streams at Wednesday, April 08, 2015