The Irwell is down to a reasonable level and the insect levels are up from last month which what I had expected. The river has been very high over the last weeks and there has been a lot of bank erosion. In the bank behind where I do the sample I noticed this. 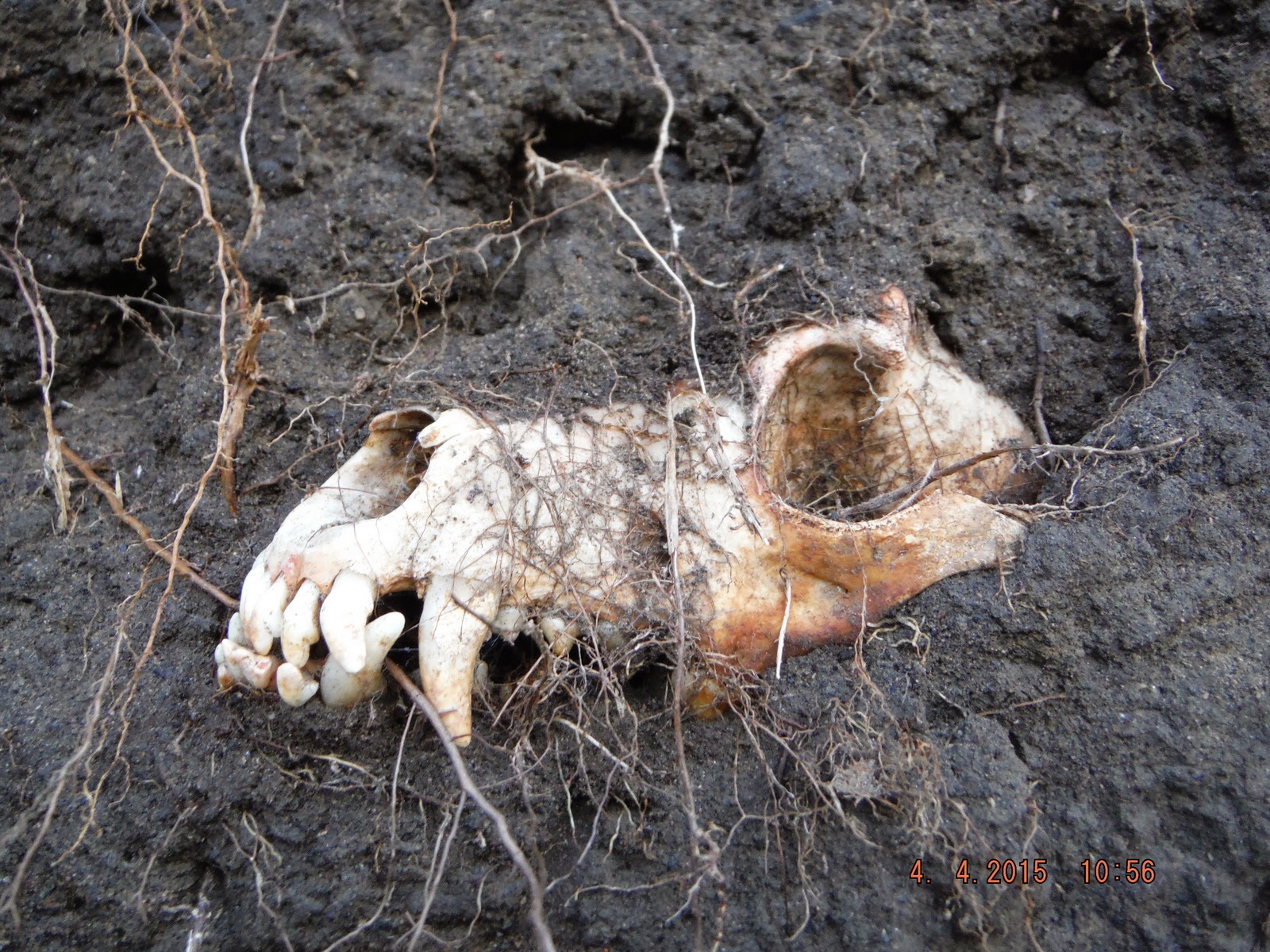 Anyone any idea what it was, looks like a nasty dog, what teeth.(update, my son says it's a dog) 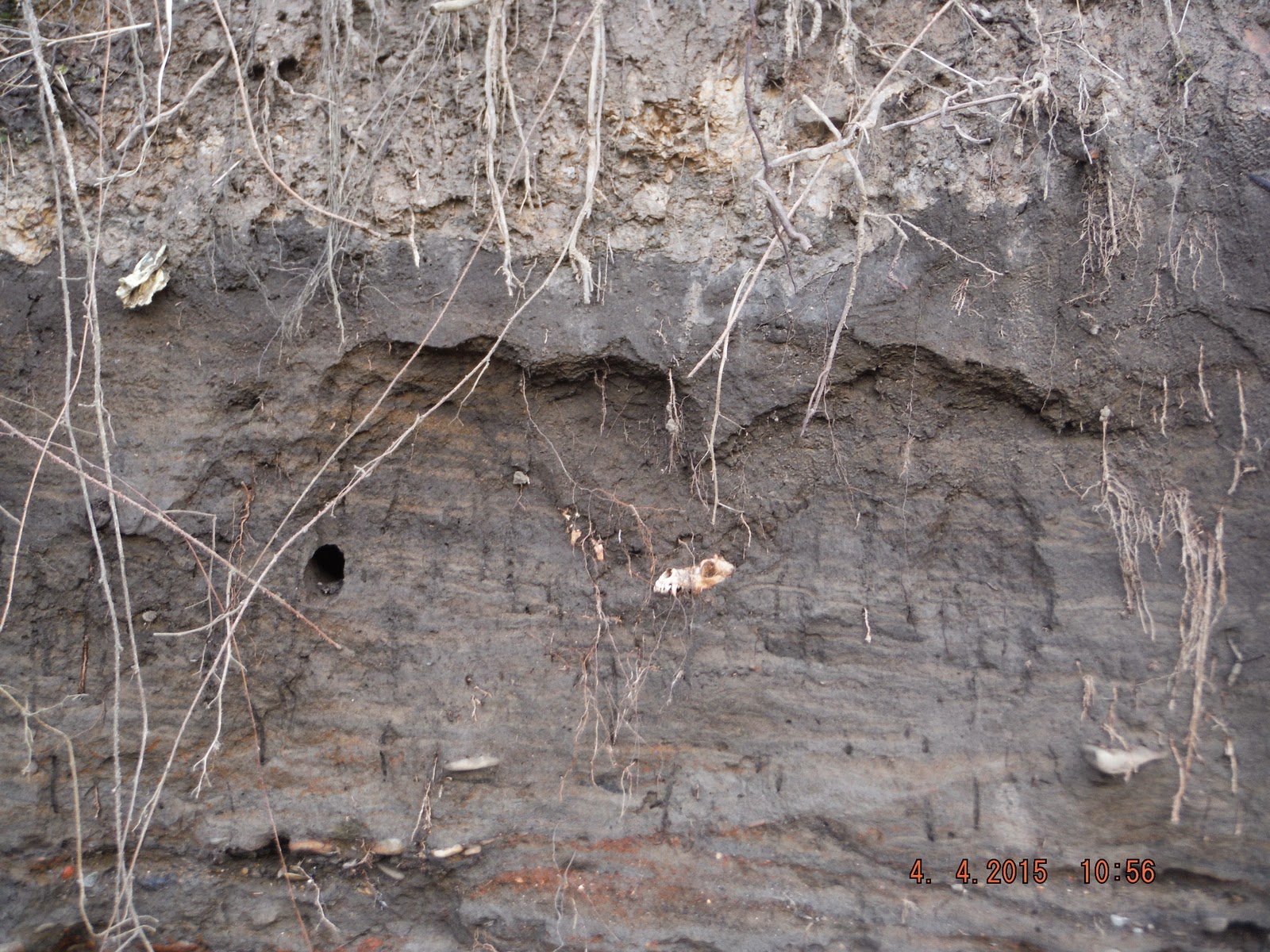 From the depth below the surface it has got to have been there for quite some time. I did not touch it but I am thinking that perhaps I should. To see if it is just a head or if the rest of it is there as well. After Easter I think I might take the photo to the Museum see what they think.

Started with a Iron Blue even though there were no flies and no fish rising. Worked up river casting to likely spots and had no response at all. 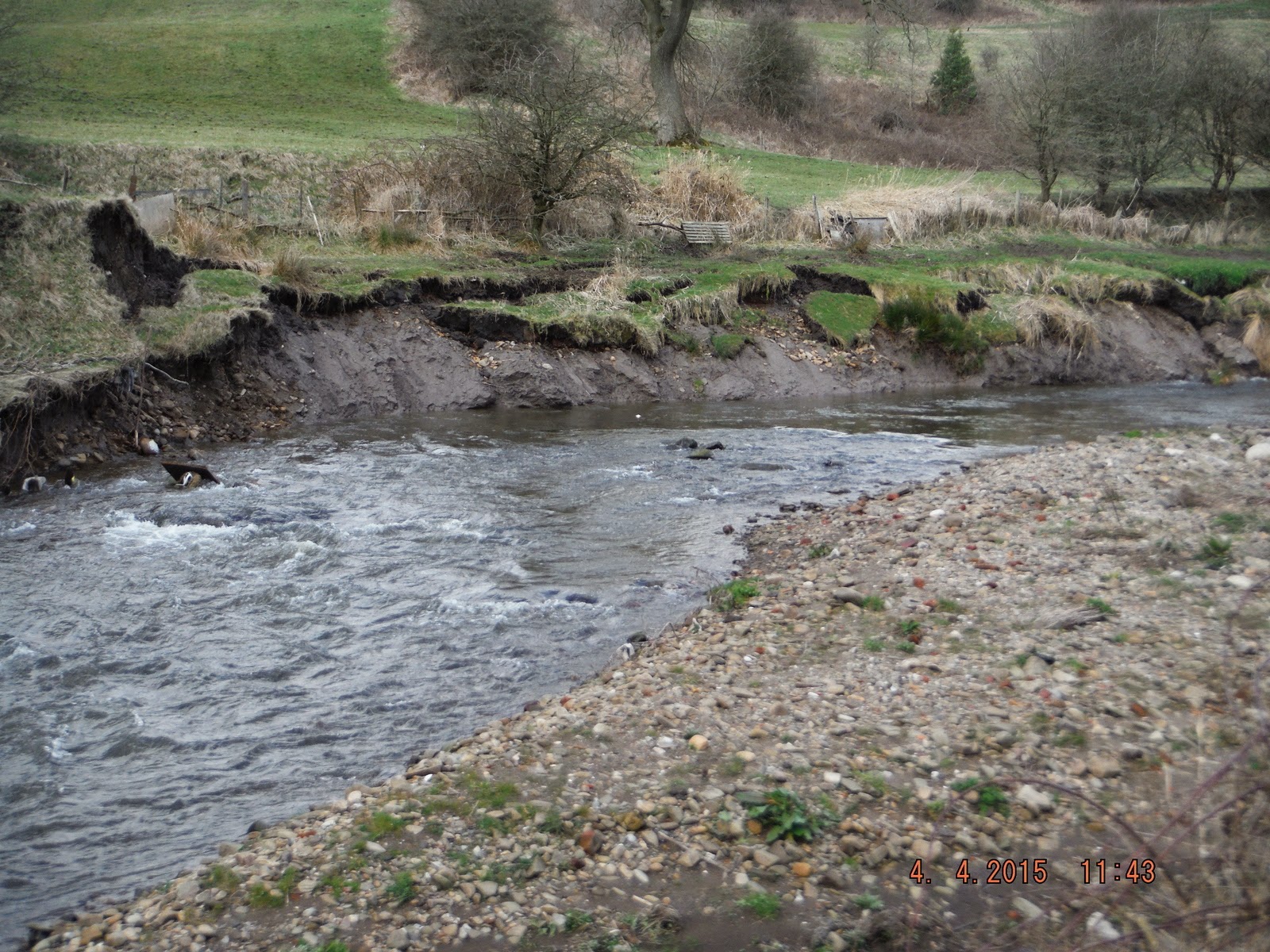 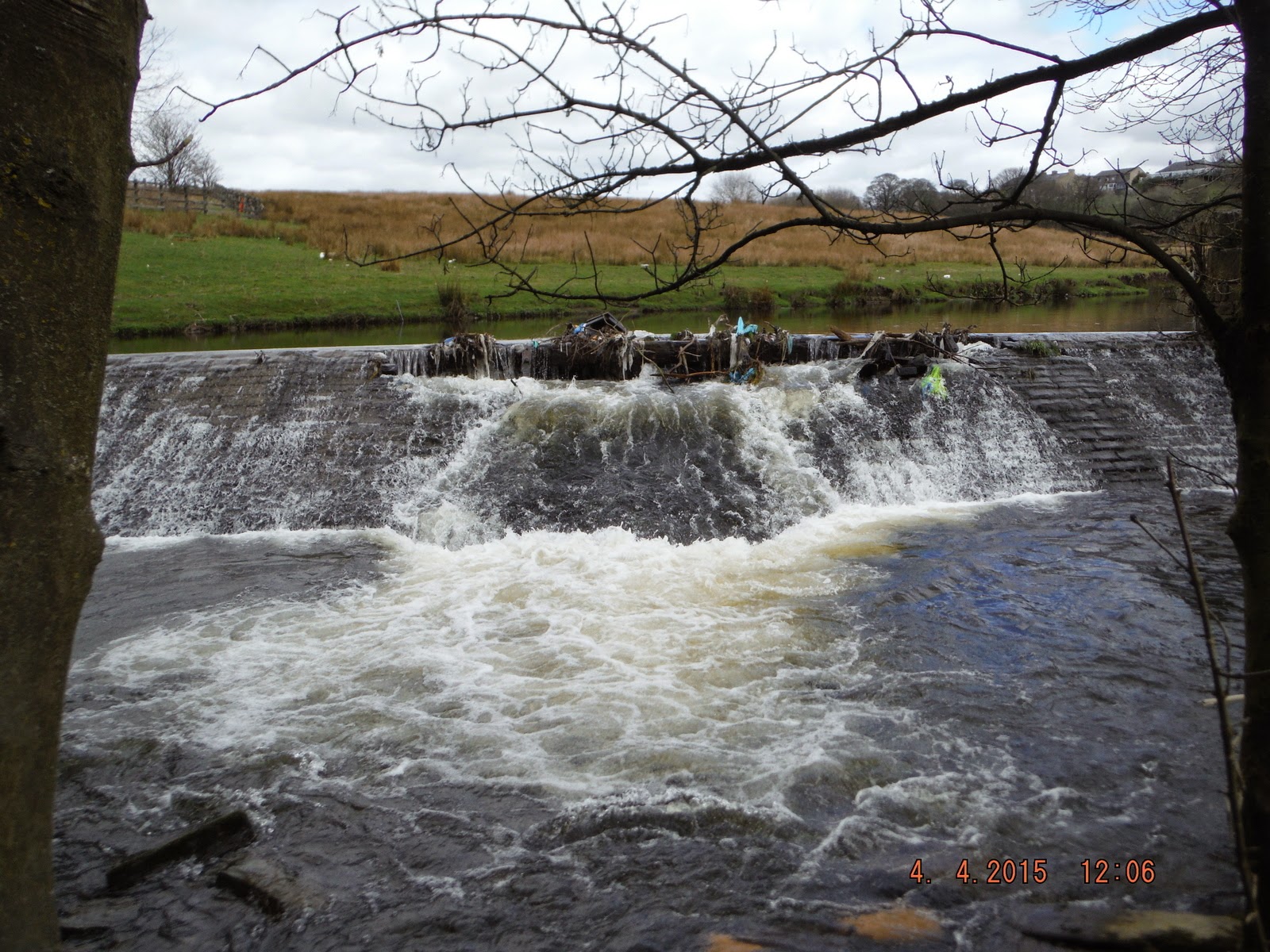 I keep expecting to see this weir completely broken after heavy rain, but it is still there. 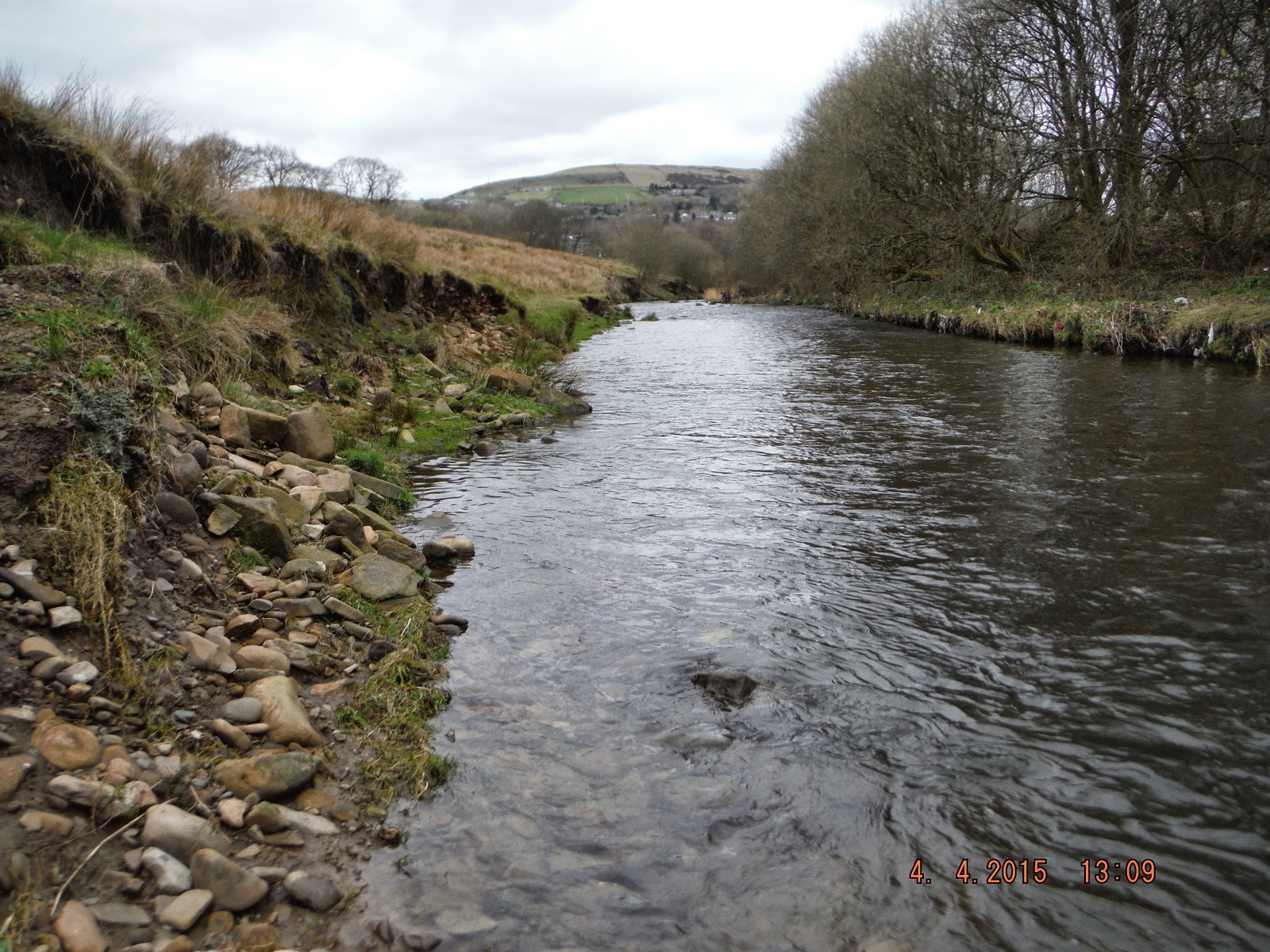 This is a far as I went up the river, before changing to a Pheasant Tail Nymph 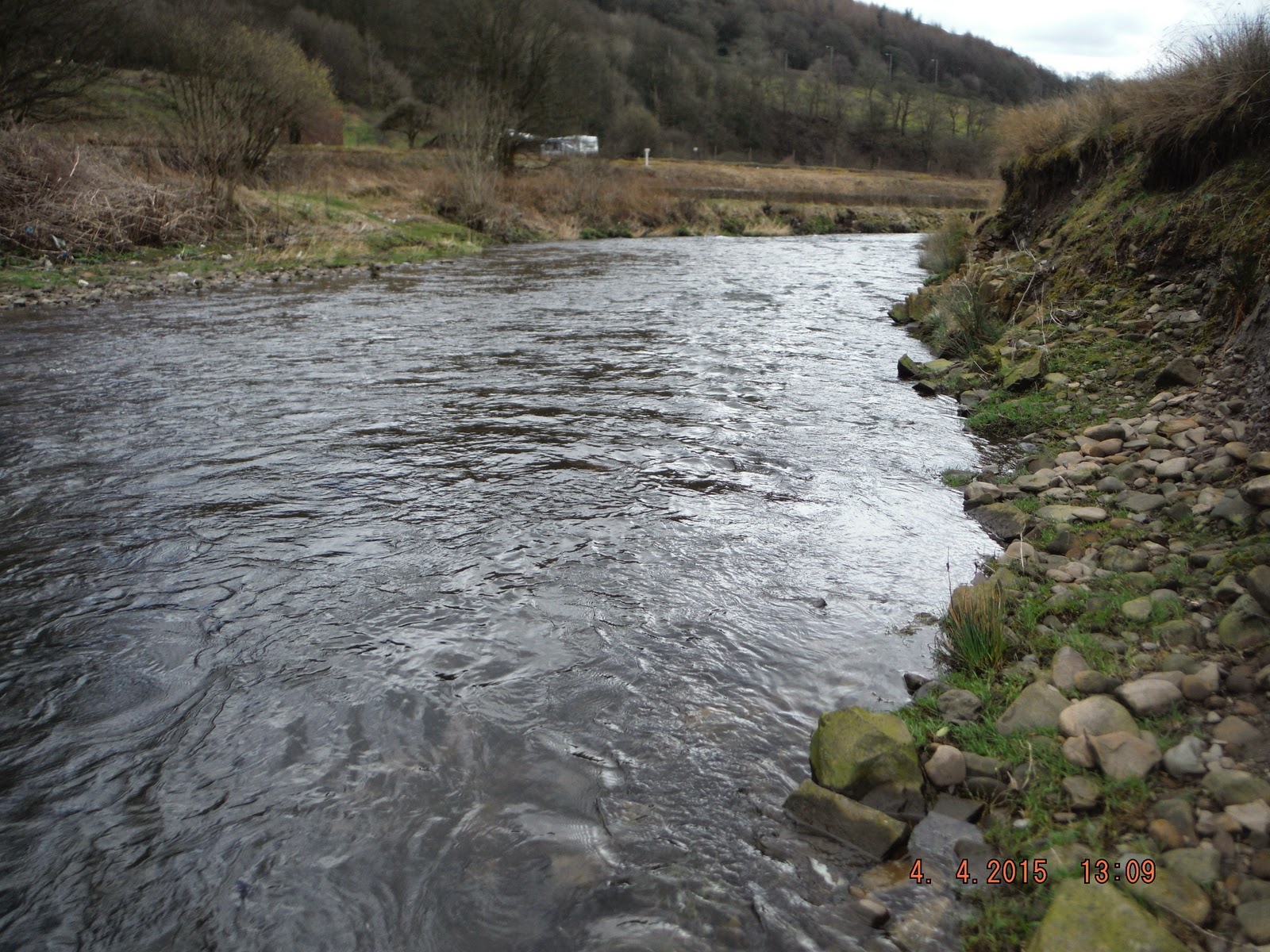 and starting back down. 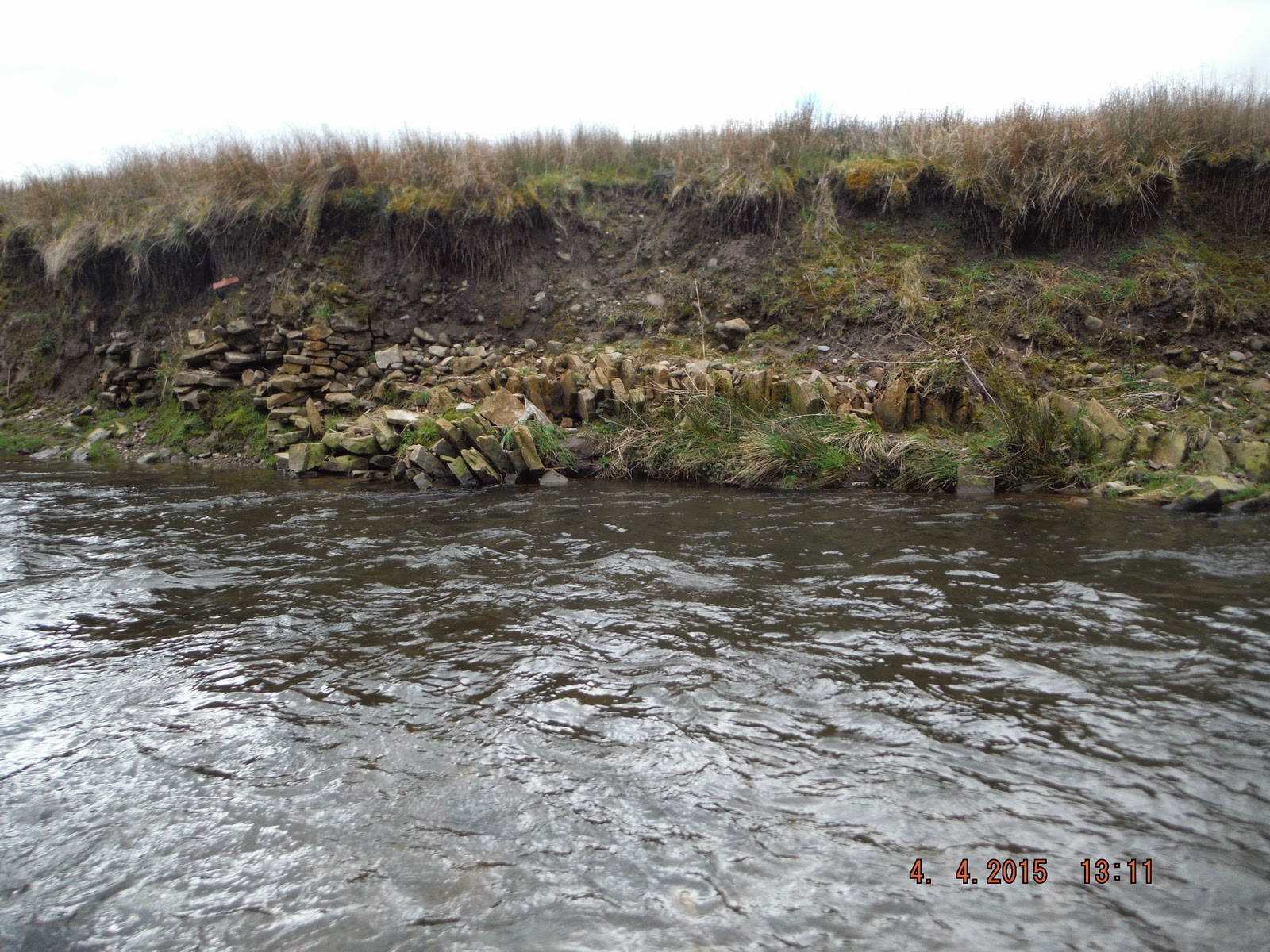 More bank on the way out. 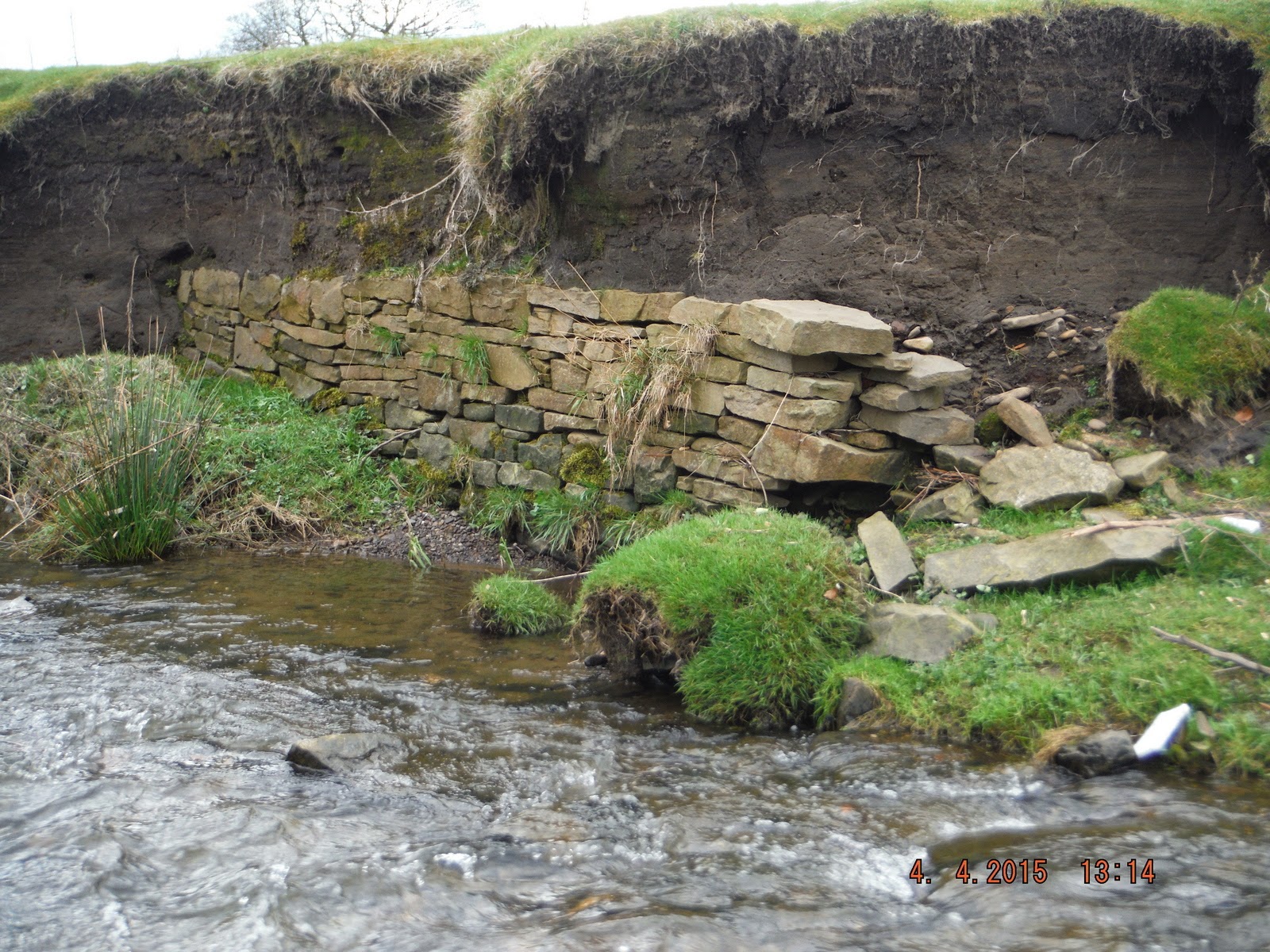 What this wall was for I do not know, each year some is washed away and more appears
as the bank washes away. 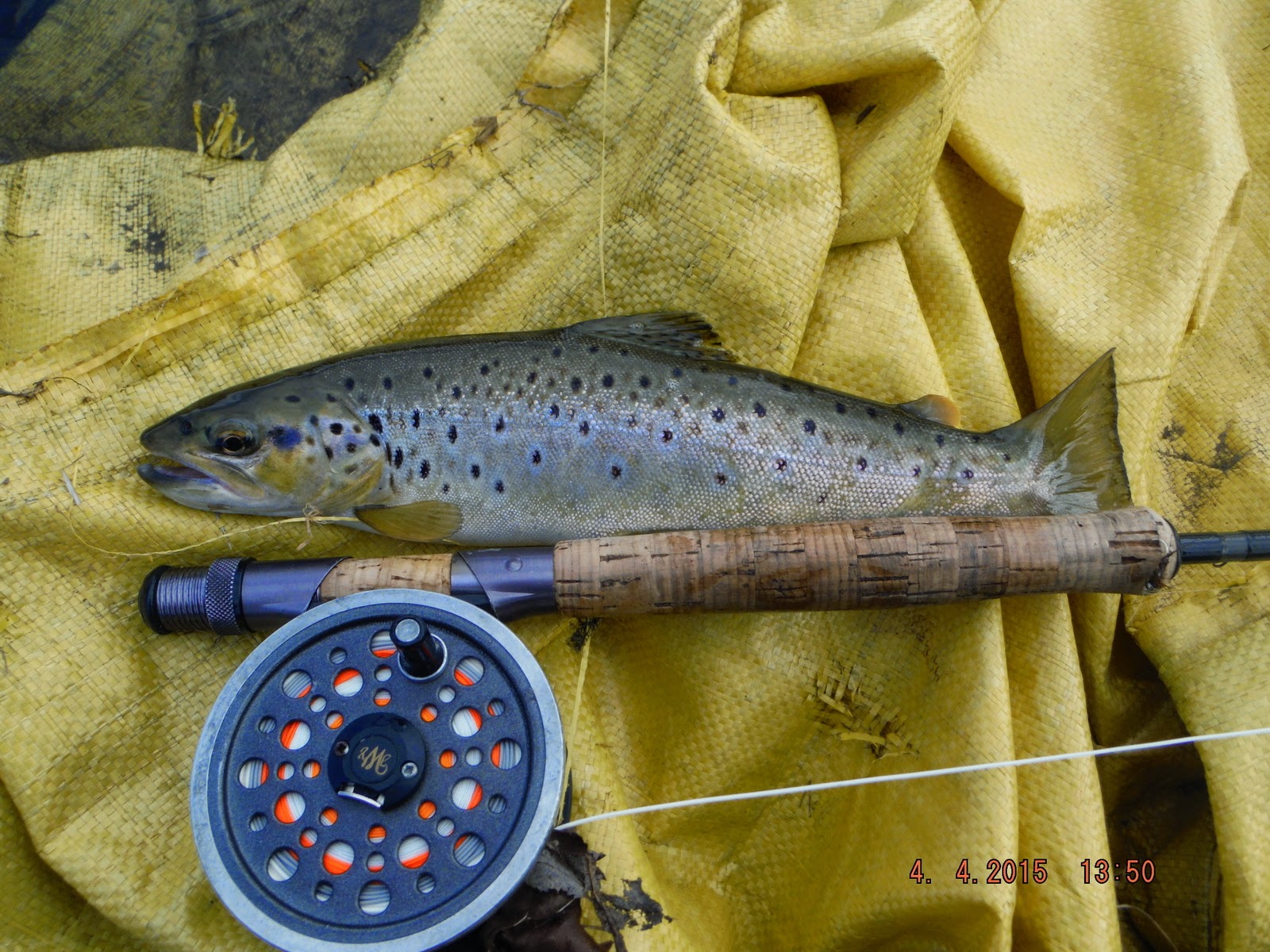 I was about to give up when a saw a fish rise in the pool above the weir, put the nymph a couple of yards above it and this was the result, very pleased.  Had one other touch and that was it from the weir pool.

Fished my way back to Ewood Bridge with out any action at all, as it was after 3, back to the car to listen to the football and home.

Posted by Flyfishing the Irwell and other streams at Saturday, April 04, 2015