I wanted to catch a few fish, the Douglas was my choice as it usually lets me land some.

It's looking very bare at the moment. 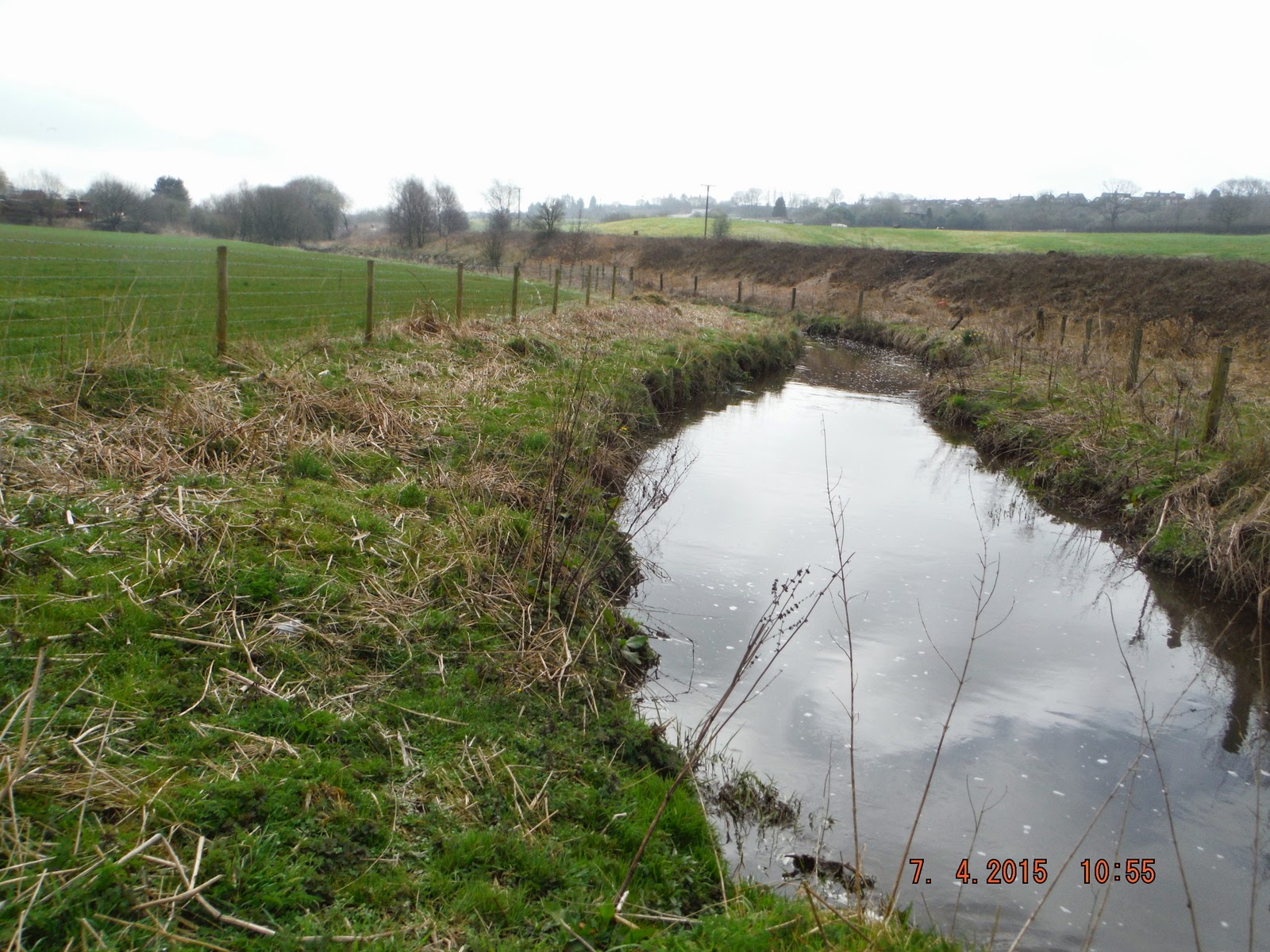 Which is can be good and bad, 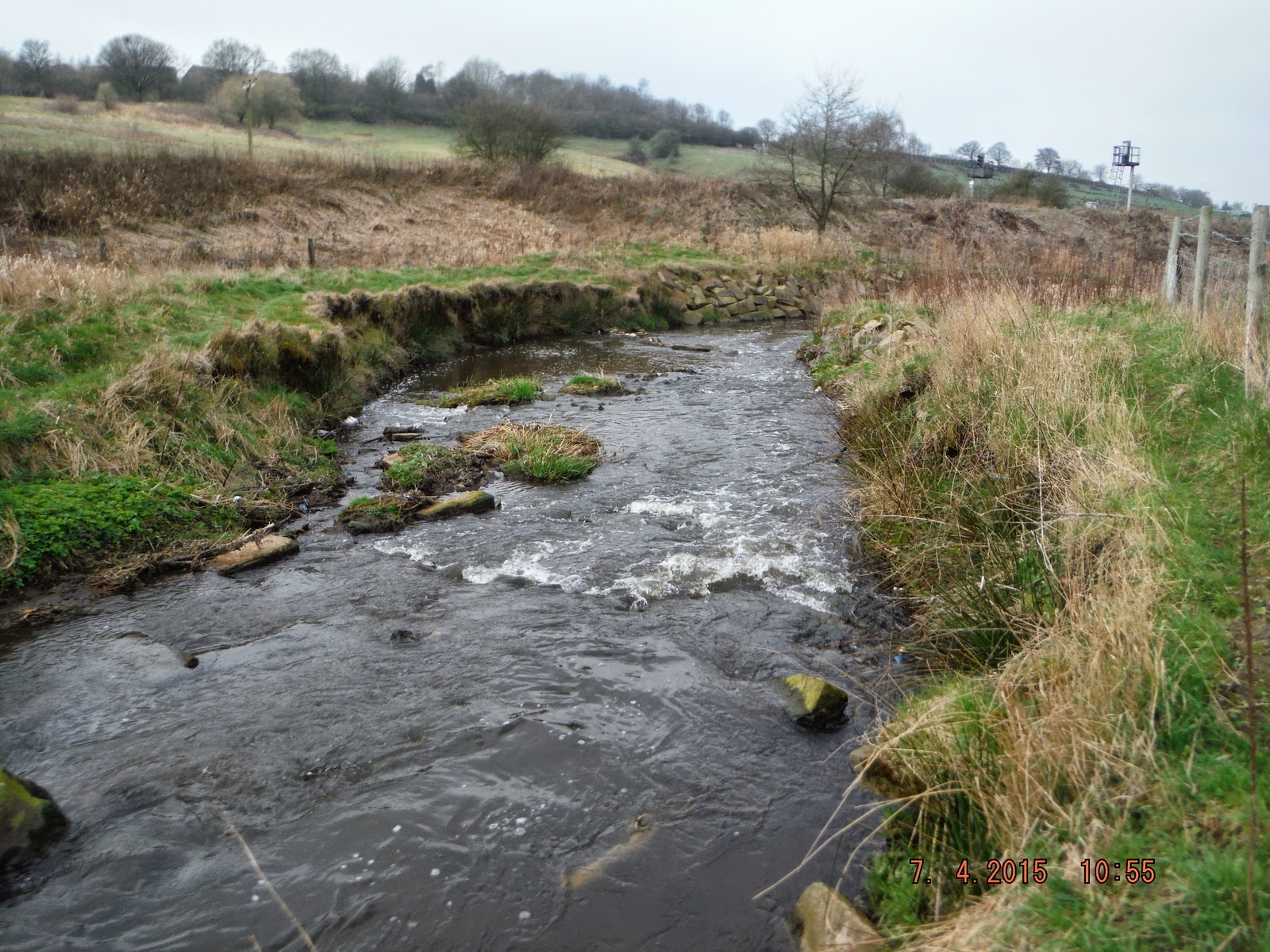 The good is that moving about on the banks is a lot easier without the Balsam and brambles. 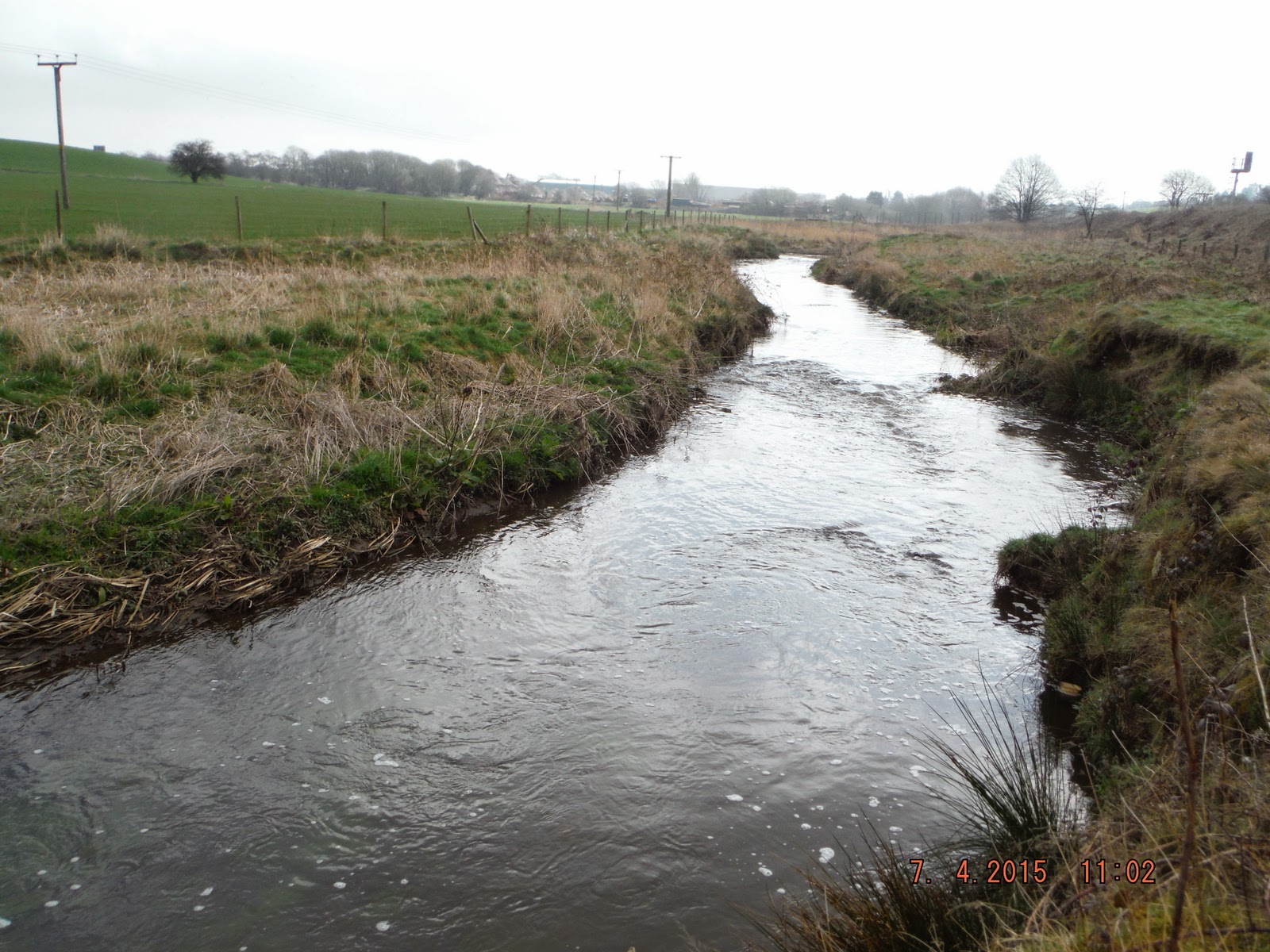 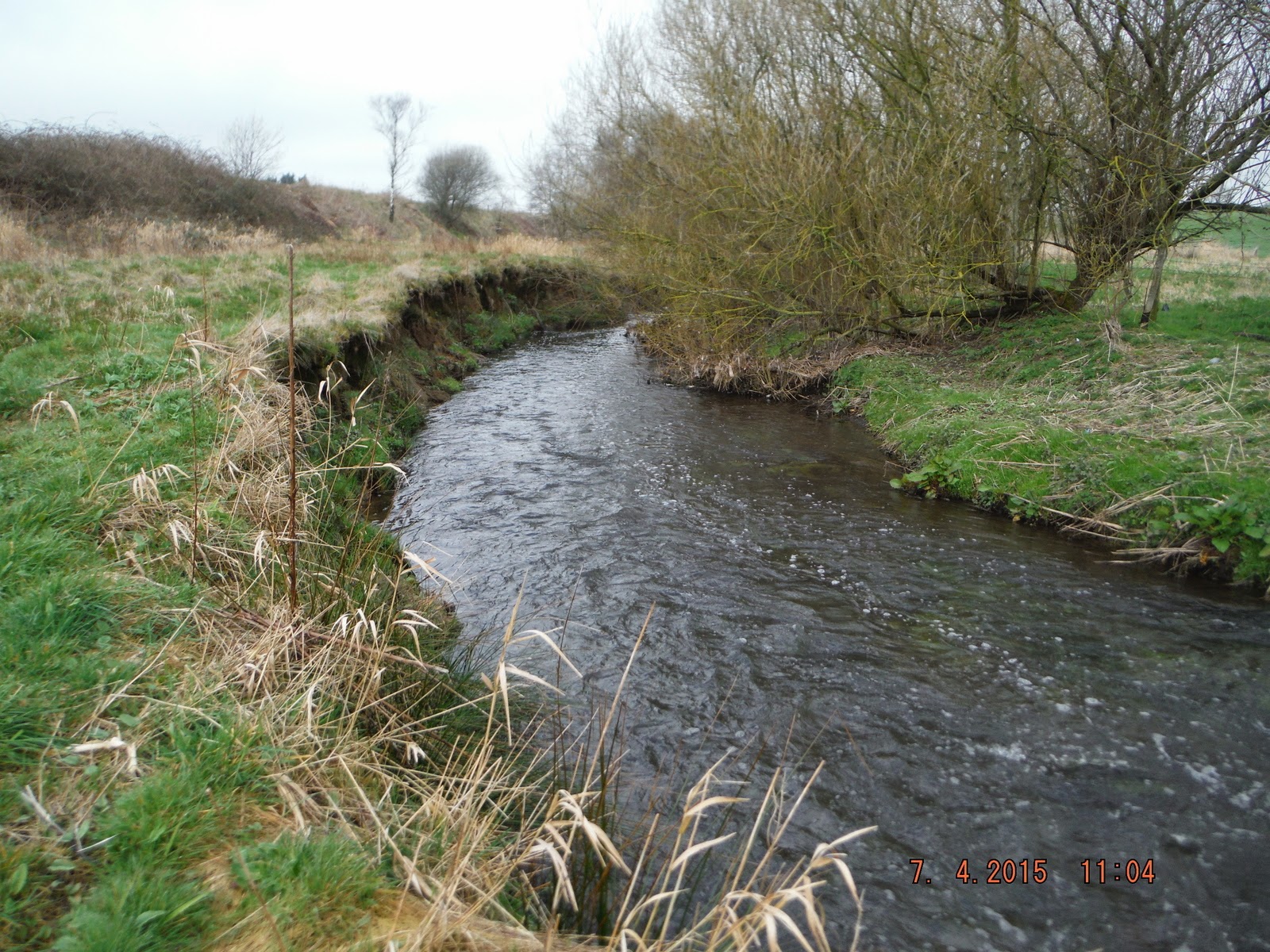 The other bad is that there is no cover to hide in, 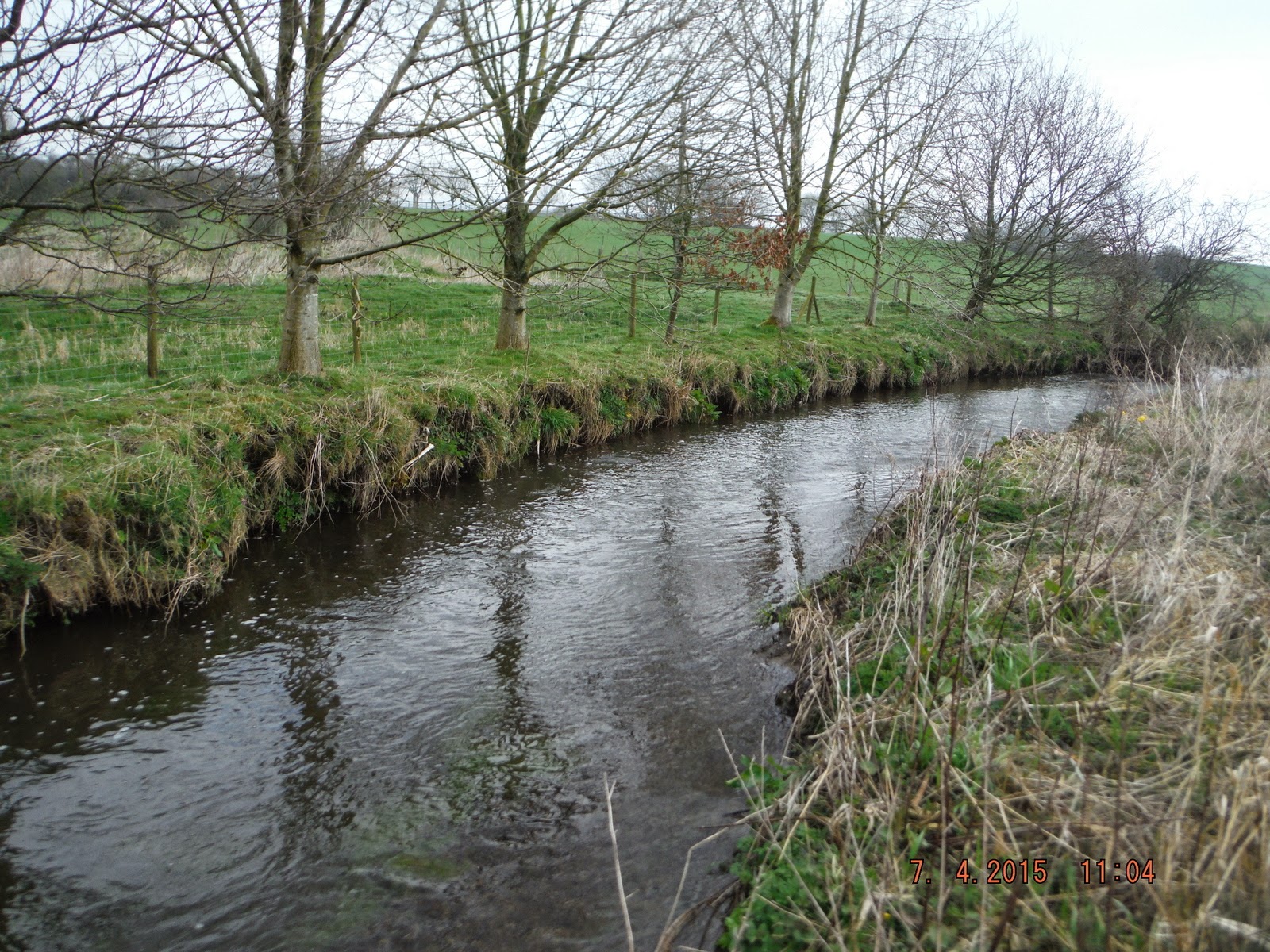 I had expected the river to be very clear but it wasn't, you could see the bottom in the shallows but not in the deeper pools and glides. 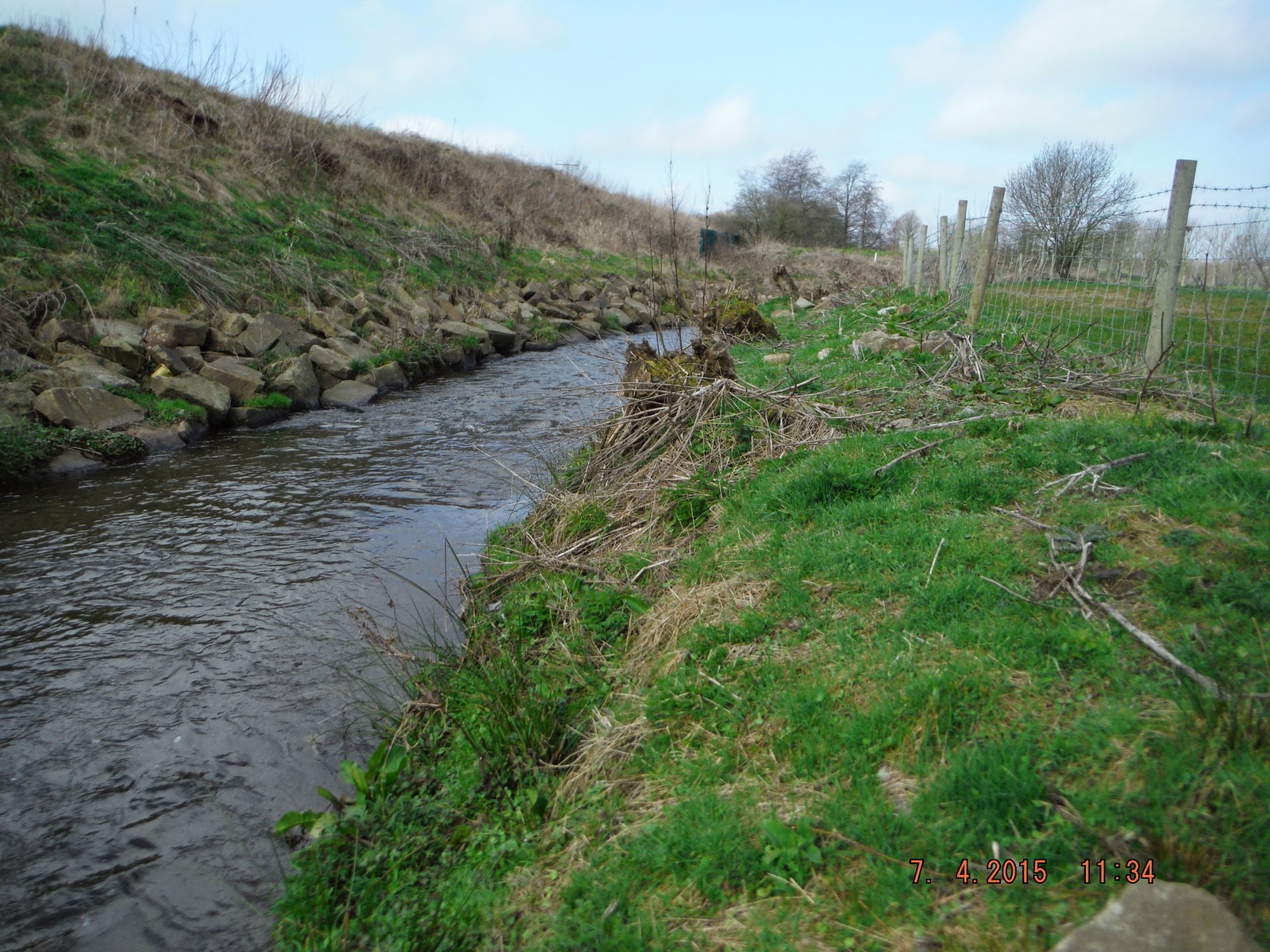 The Star Wort which will near completely block parts of the river in a while is starting to grow  but not a problem as yet. 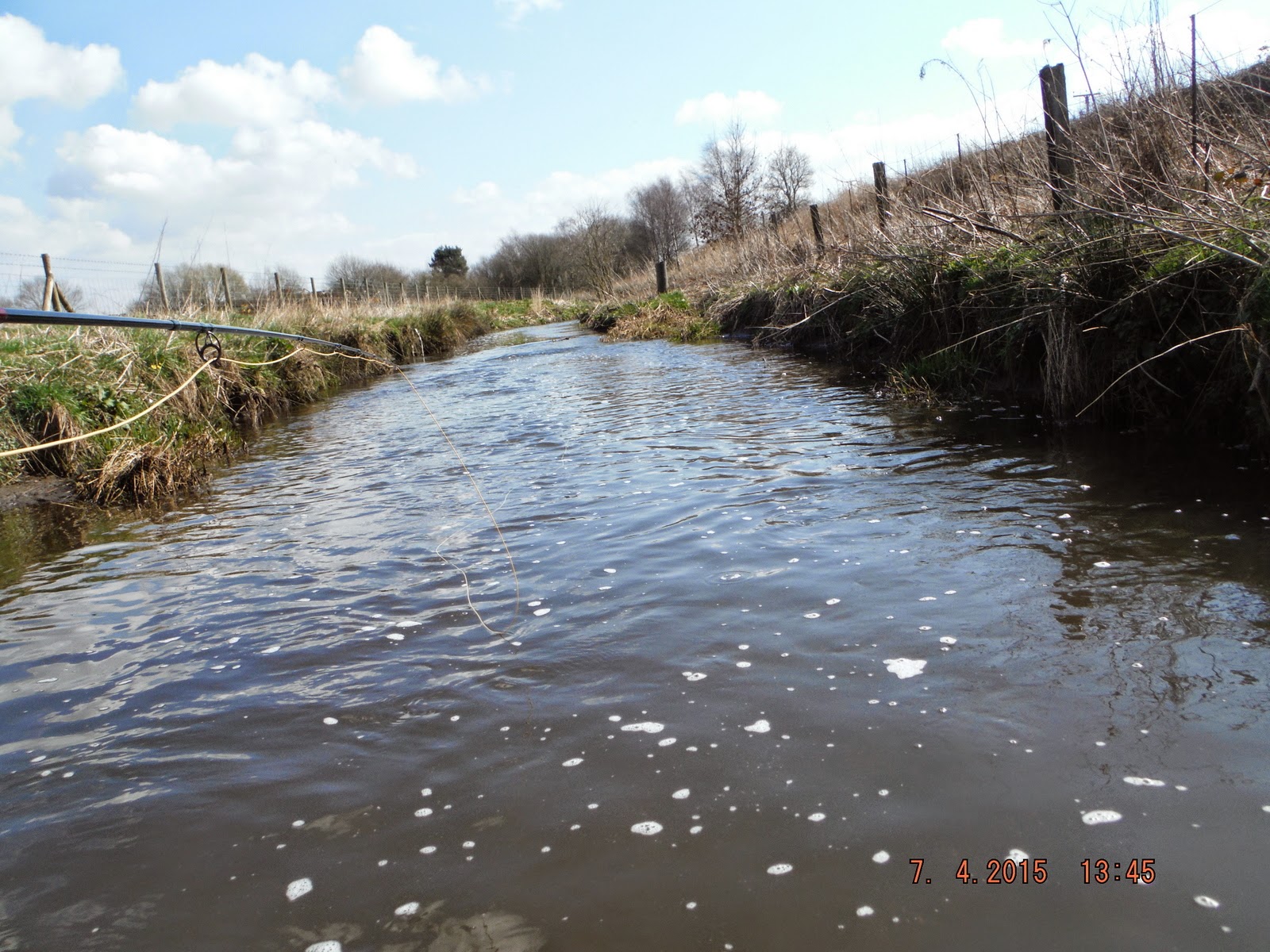 Although it was sunny and quite warm there was no sign of a hatch and no fish to be seen. 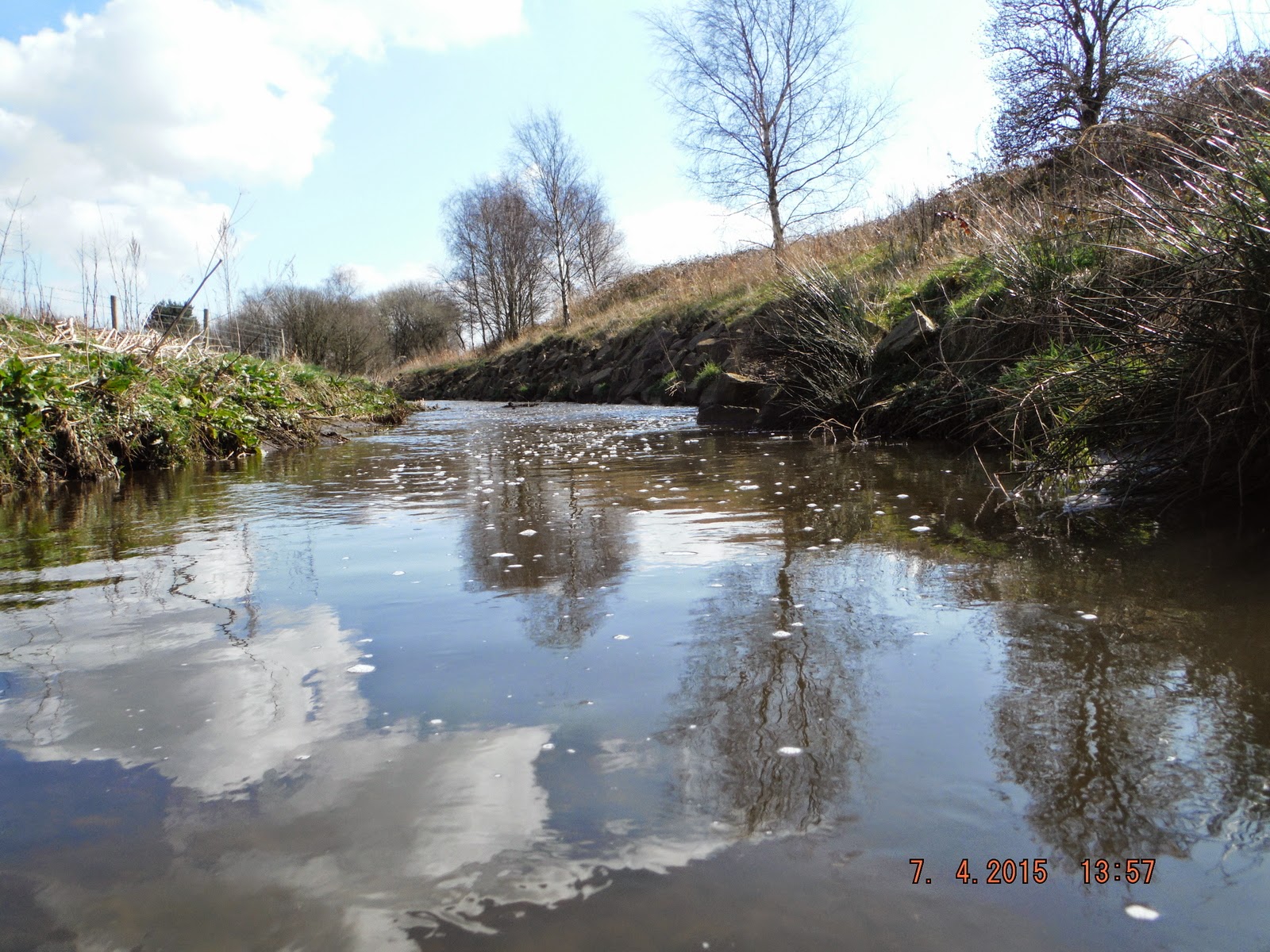 I tried an Iron Blue dry and a Copper John nymph, up stream and down with both in various swims and got not a touch. 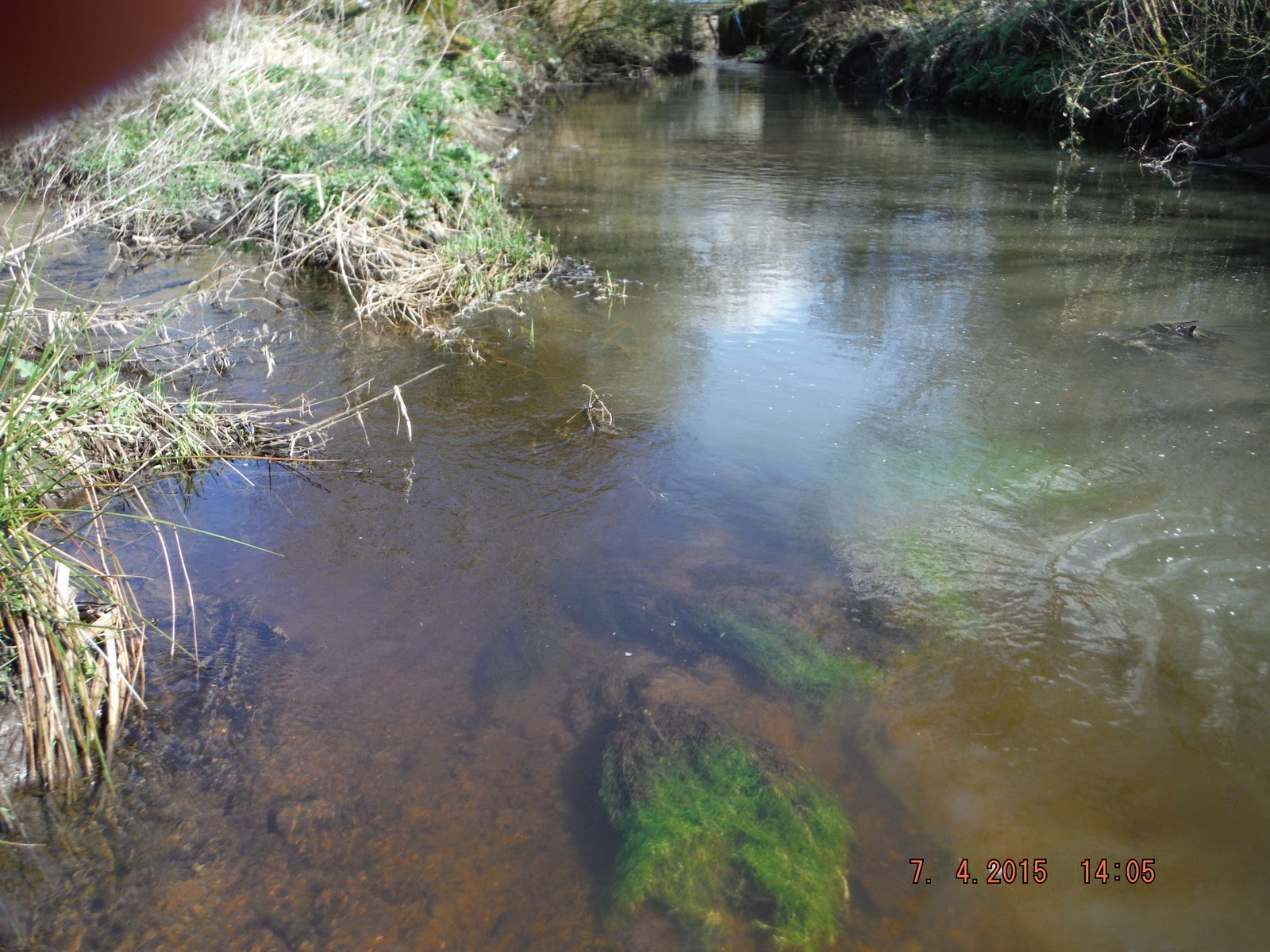 At the top of the beat above where a small stream joins the river I could see some of the colour was coming down the main stream. 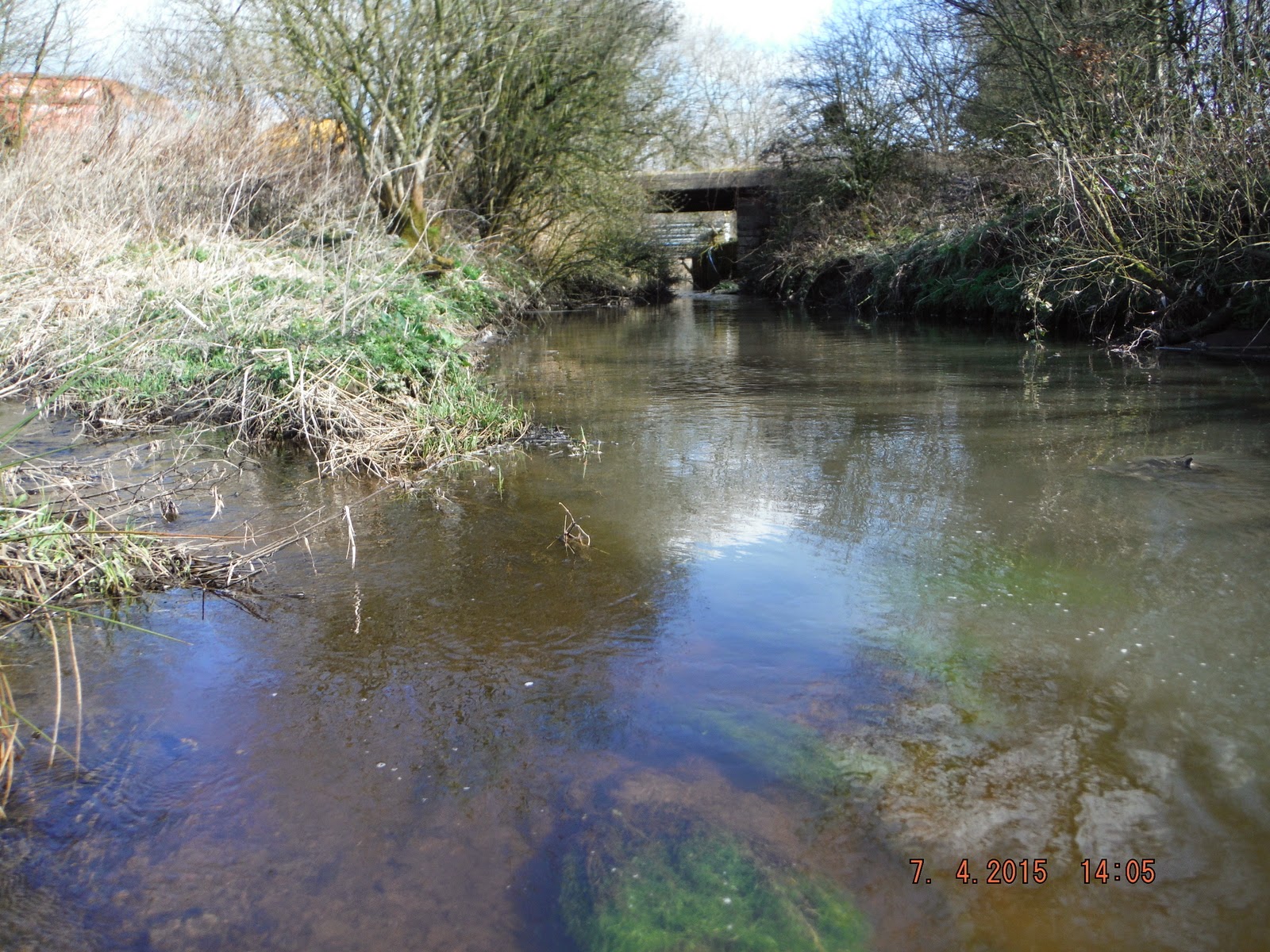 Up under the bridge the river passes part of a tip and through a sewerage works. It did not look very nice I hope it was not effecting the fish.

Another blank.
Posted by Flyfishing the Irwell and other streams at Tuesday, April 07, 2015