Went to Nob End, crossed the Croal and then the Irwell, by the canal aqueduct, and made my way down to the river. I have fished the stretch above and below the Bury Bolton Manchester Canal Aqueduct, but not for some time. The main reason for today's trip was to make my way down river to where there used to be a weir that was taken out last year. 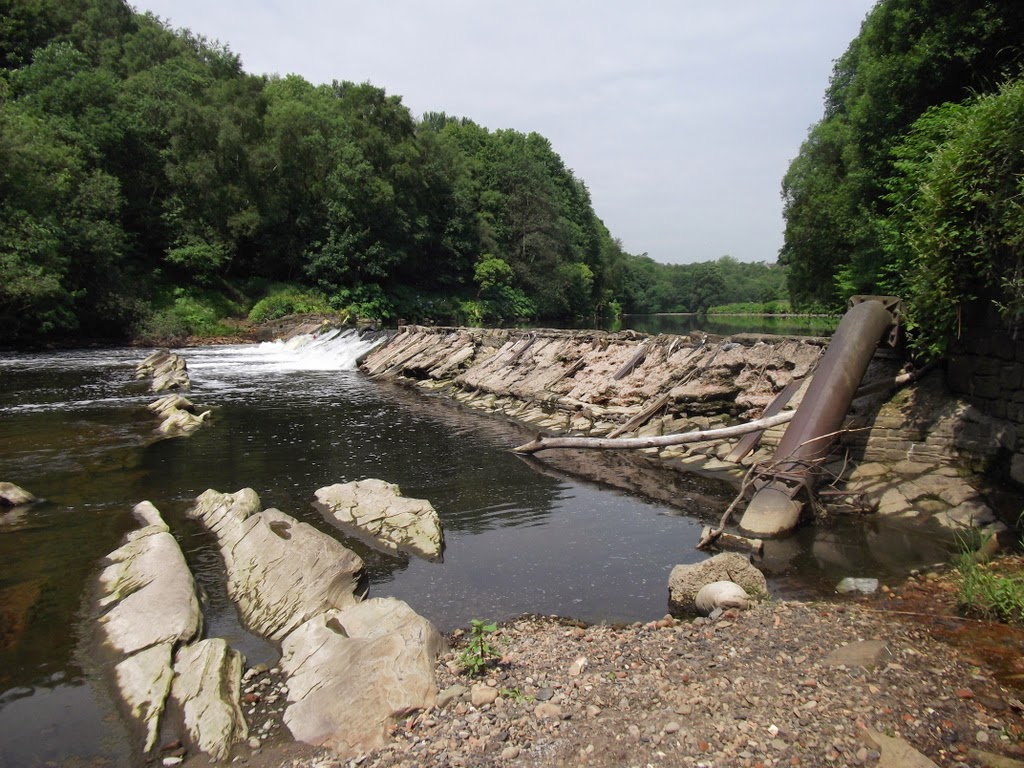 This is what it used to look like with the large weir pool above. 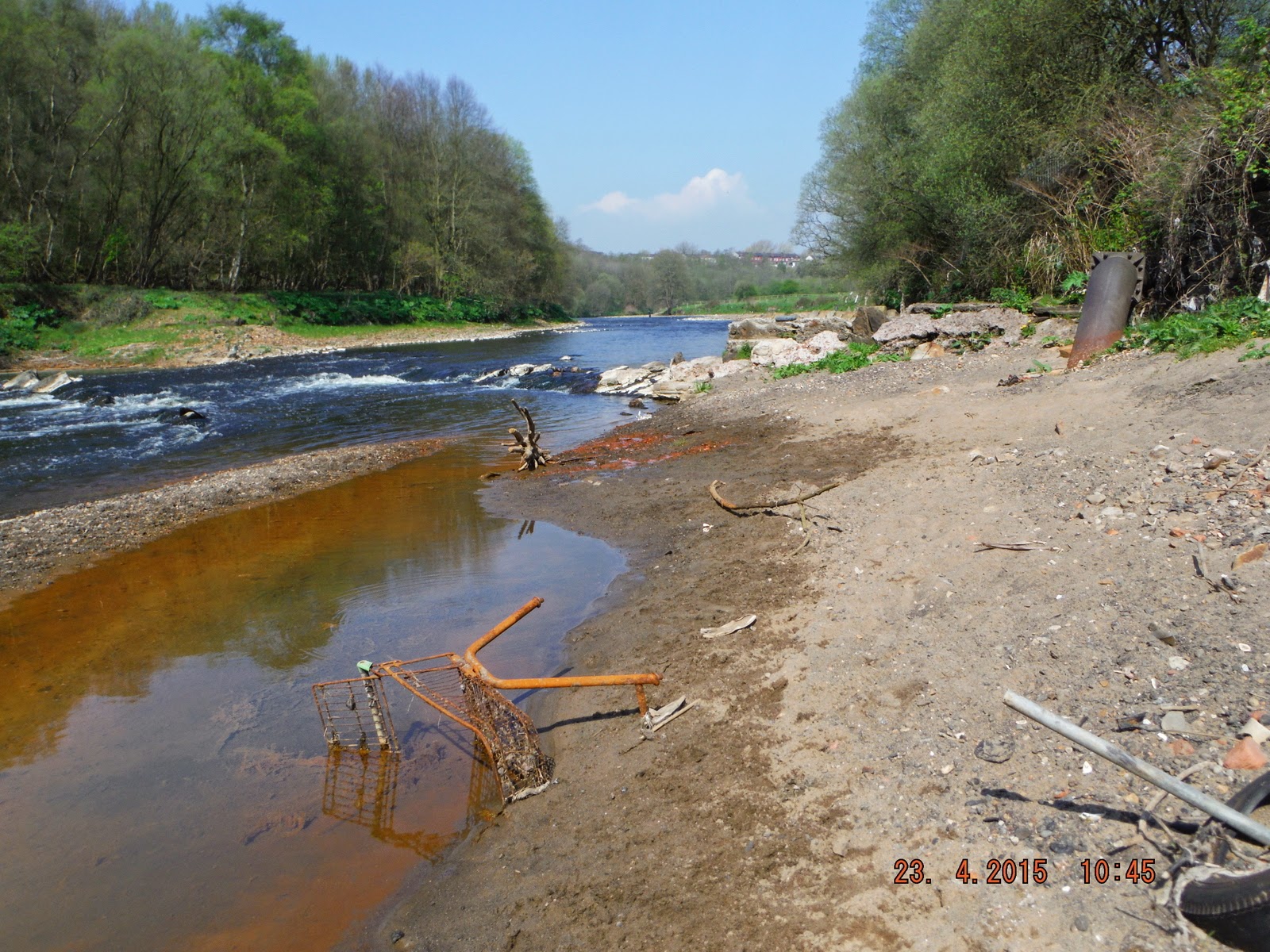 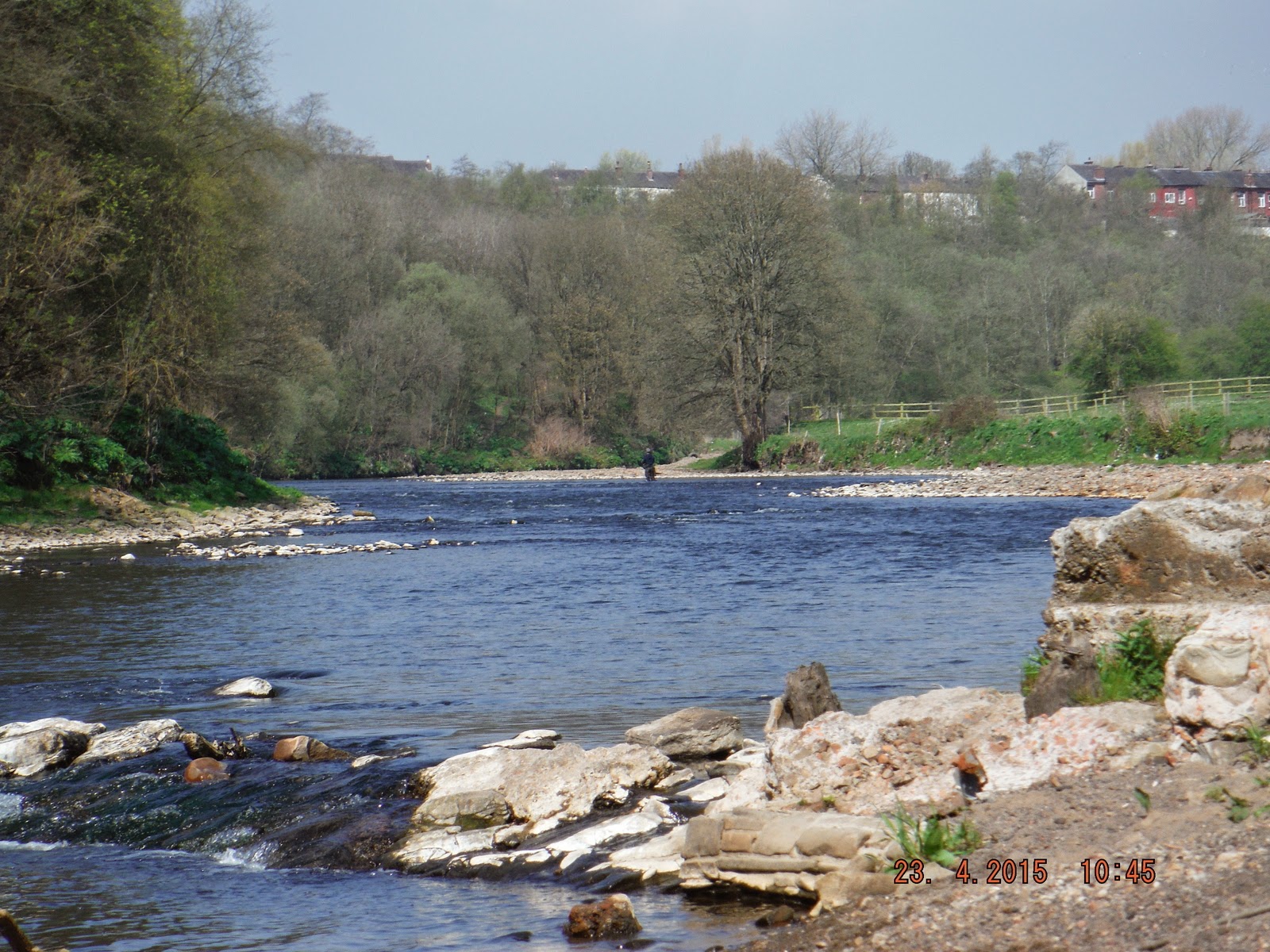 and of course no more weir pool.

I had hoped the the change would bring an improvement in the fishing but the man in the distance, who fishes here quite often told me that it is not the case. The weir pool used to hold a good head of Chub, they have moved on as the river is now fast and quite shallow, some trout are still in attendance, not that I caught any in the stretch in the picture. 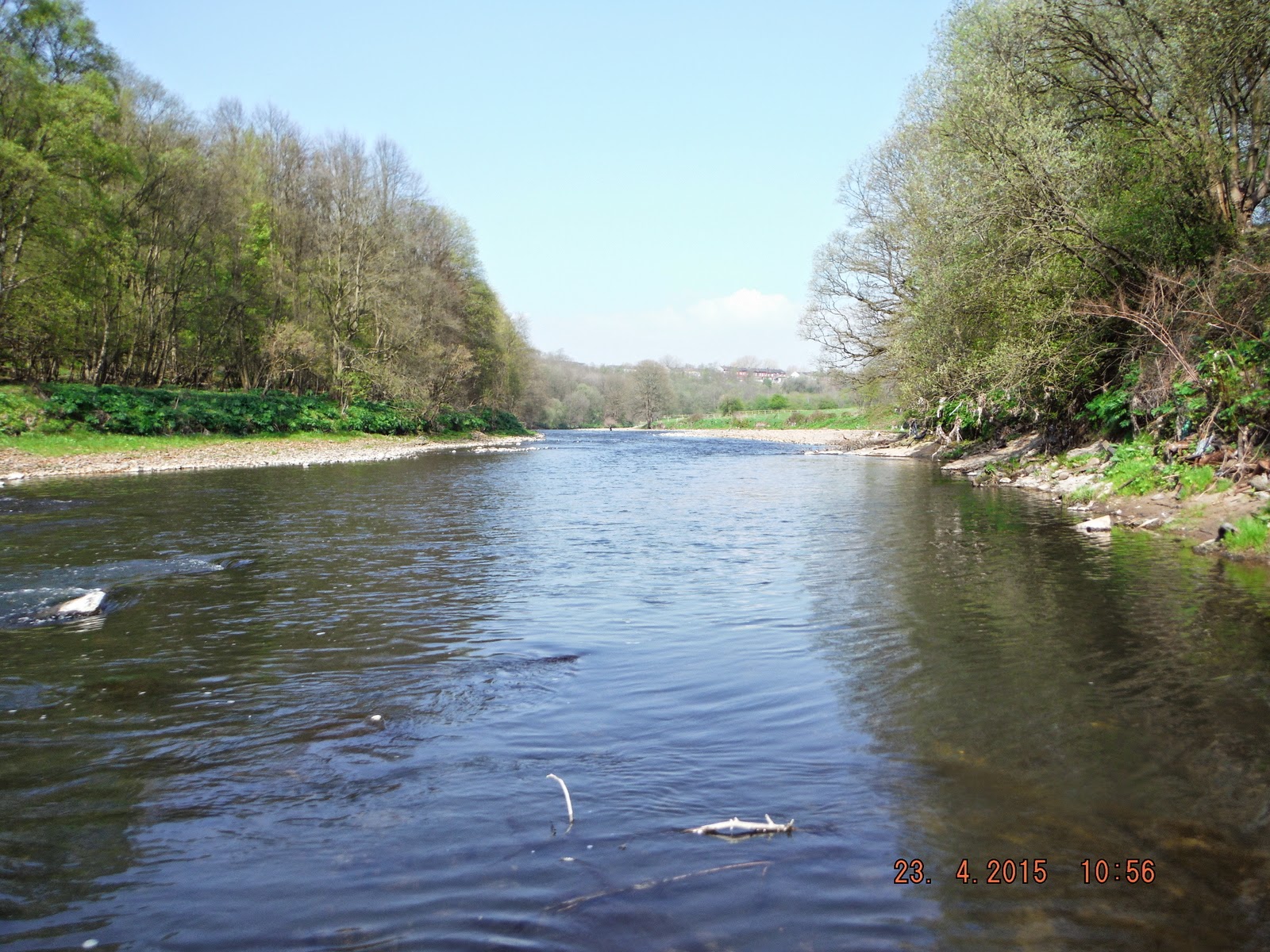 I fished my way back up until I was opposite where the Croal joins the Irwell, nothing rising nothing caught. 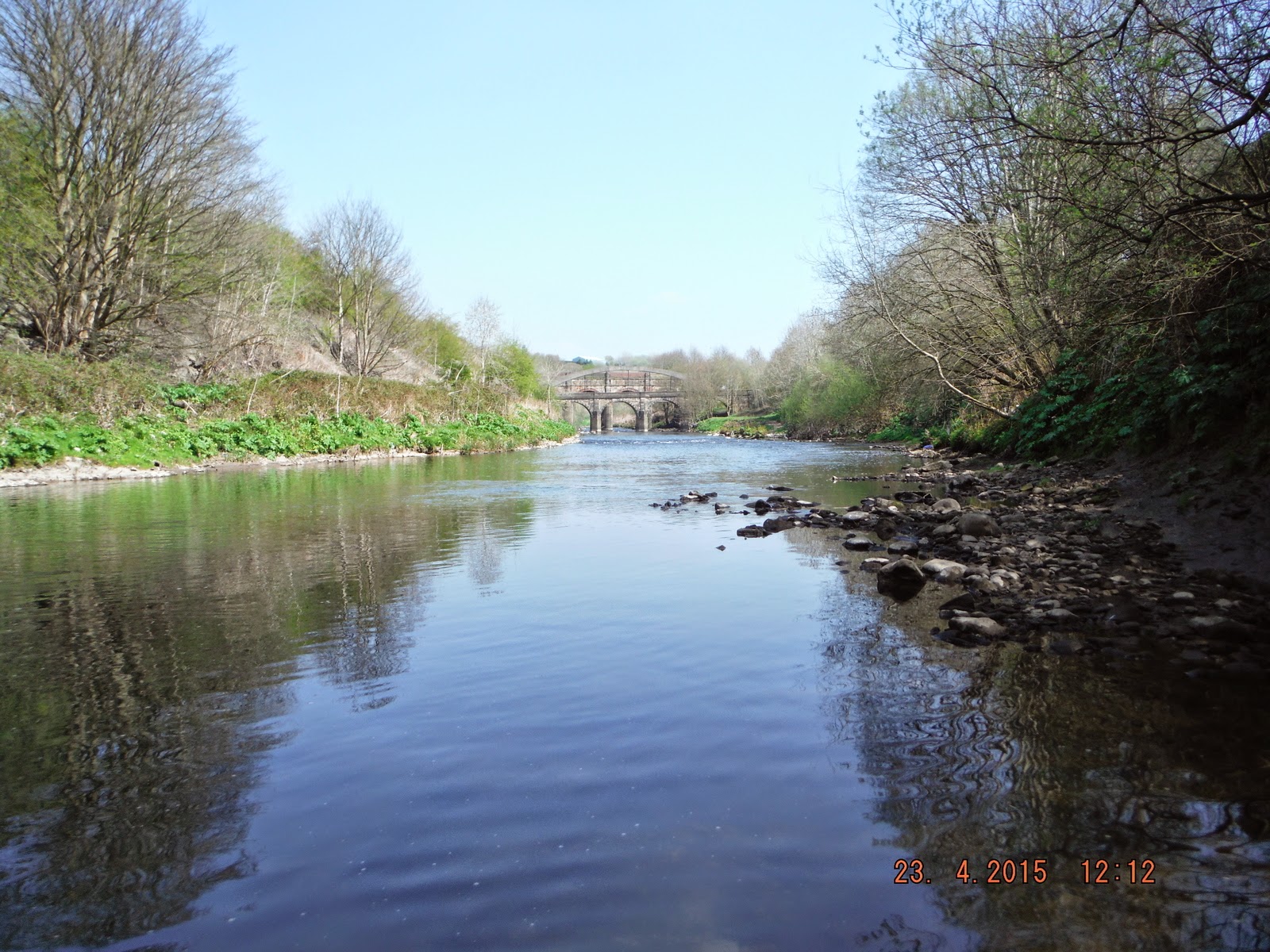 Where the Croal joins the Irwell I found a couple of fish rising and got one to take a look at my fly but nothing else. The structures in the distance are the footbridge that I crossed the river on, sewage pipes and the canal aqueduct. 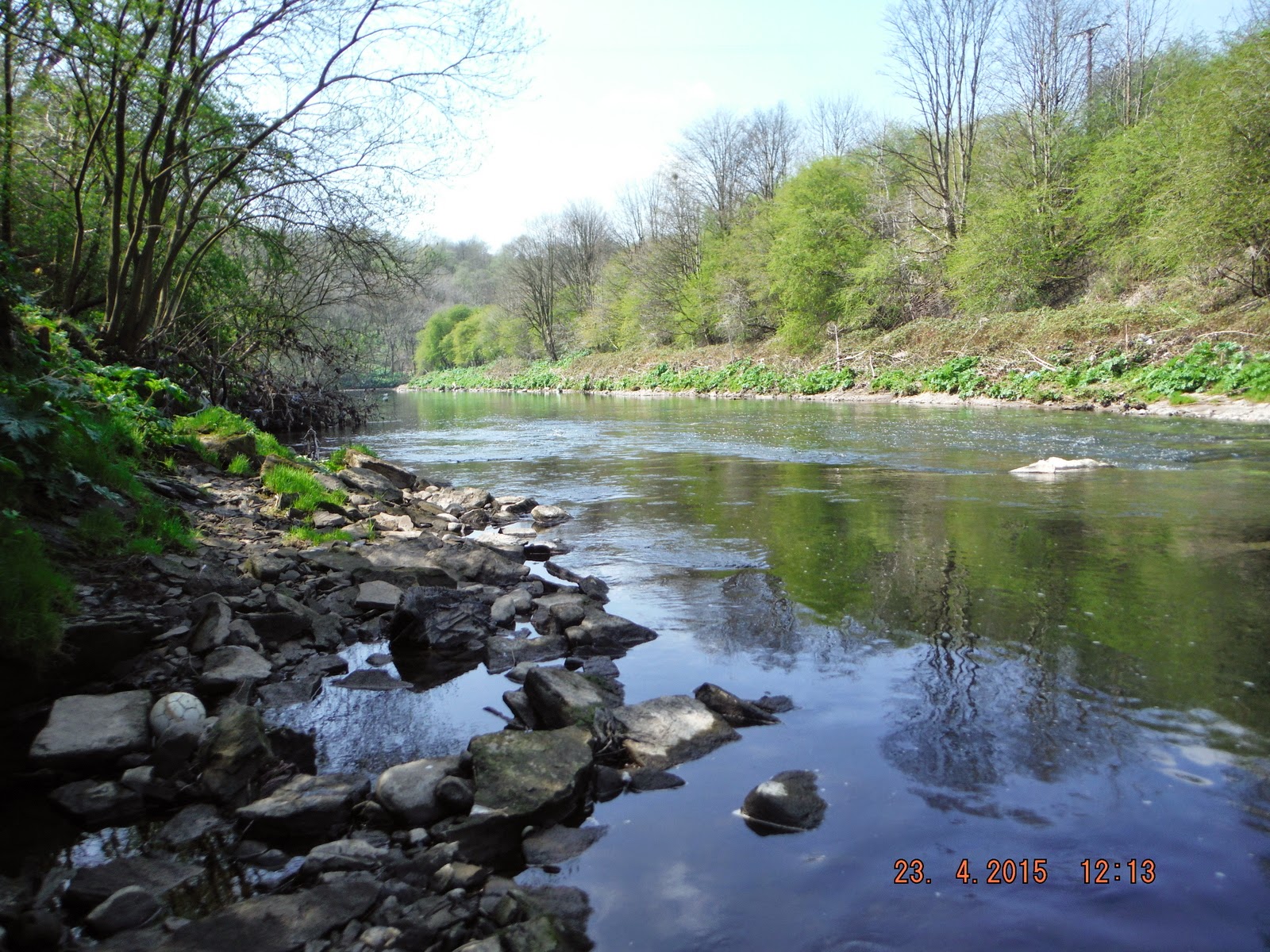 Looking back towards the Croal Irwell confluence, looks good but nothing to show, until I was just short of the footbridge where I hooked and lost two fish. Sorry I forgot to say I was fishing dry fly. 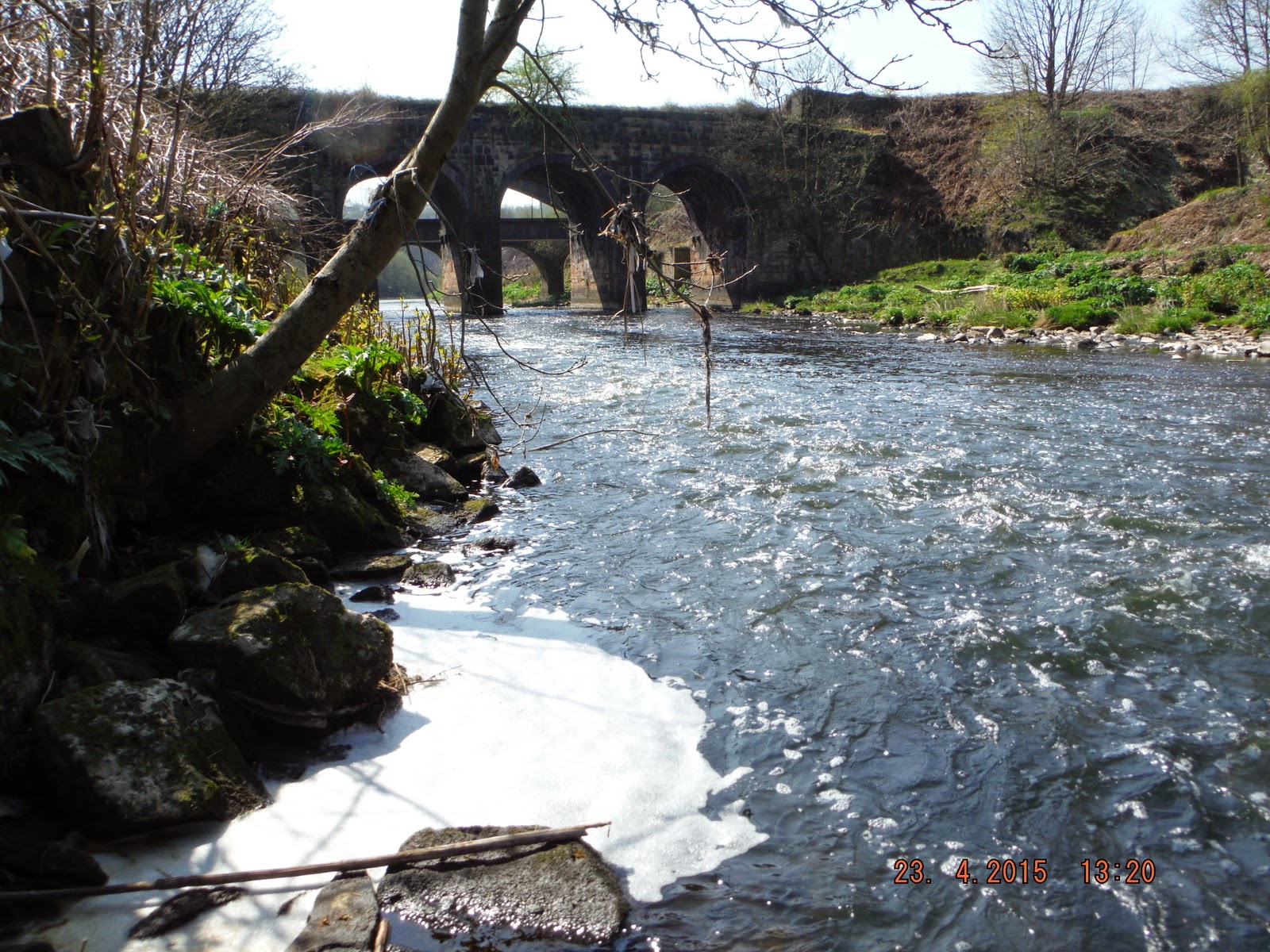 Looking back at the Canal Aqueduct. 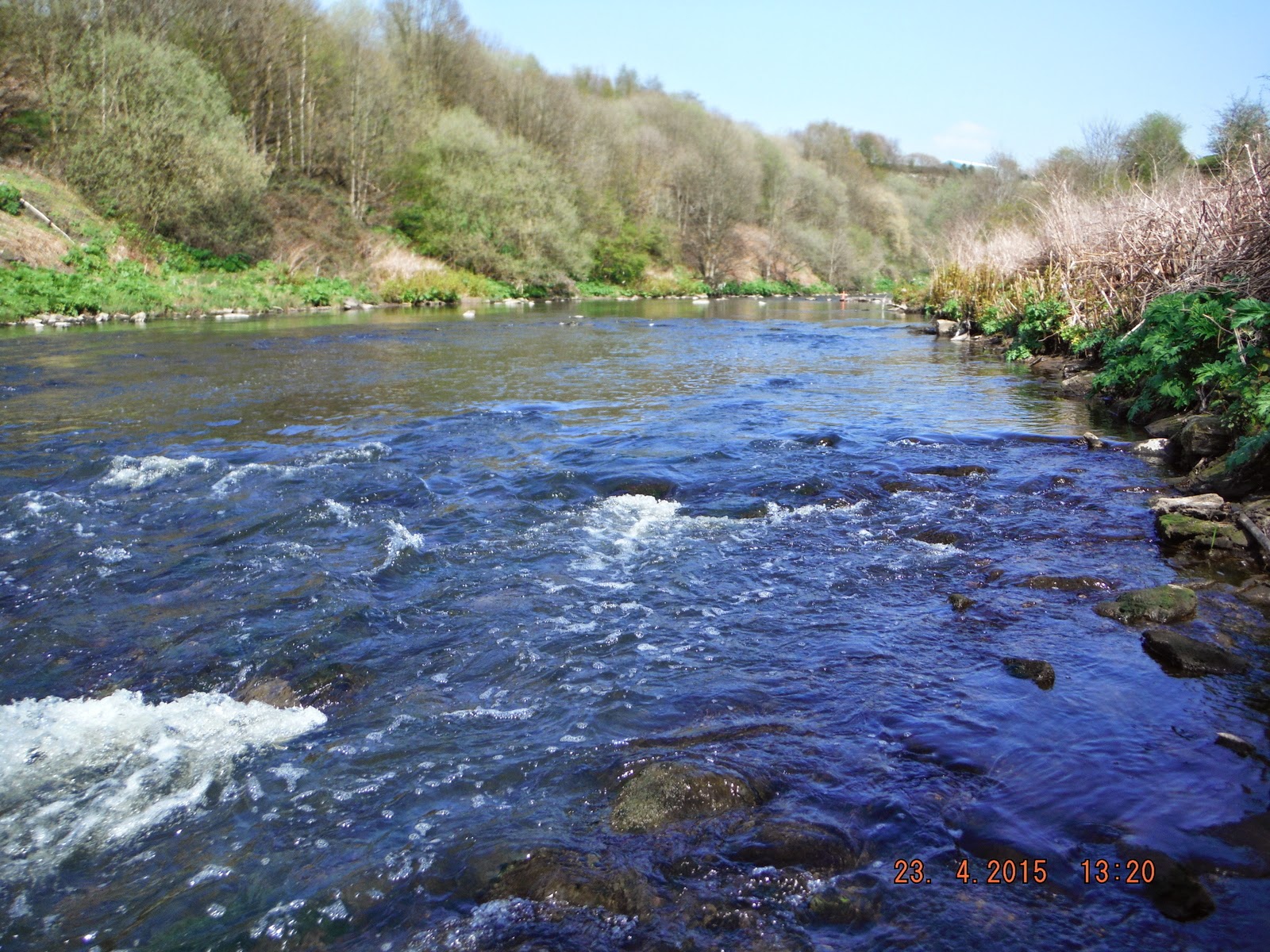 Up above the canal aqueduct, it looks much better but it is very hard to get to, changed rig to a Greenwells and a Iron Blue. 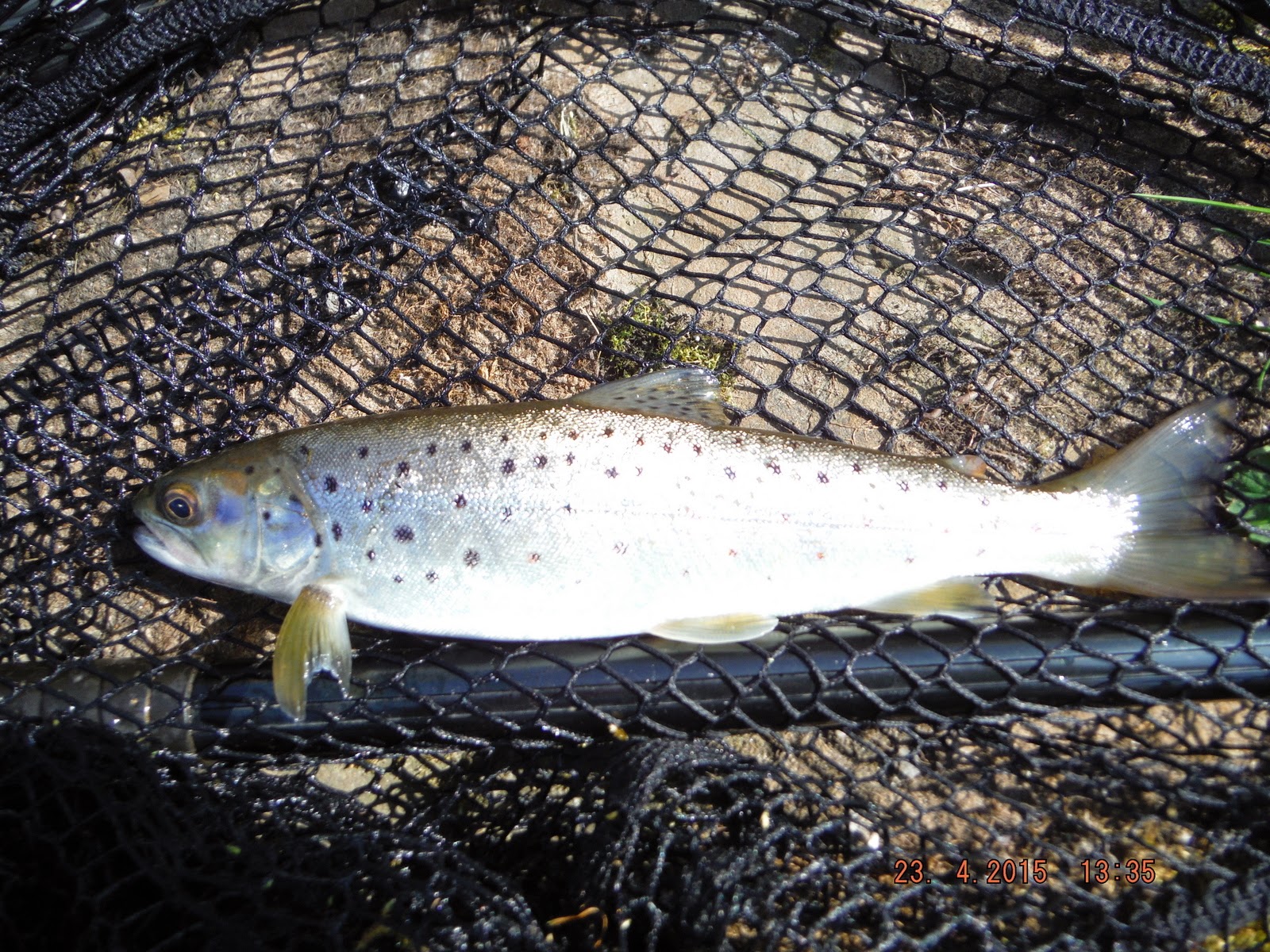 Where I actually managed to land a fish, it took the Greenwells.

The river is summer low and I would not have been able to access all that I did if the river rises by as little as a foot. The bottom bit where the weir used to be can be accessed from Stoneclough, not that I think I will bother to.

Rain forecast for tomorrow evening all the rivers and brooks could do with a good flush to move some of the alga, Surprised to read that it puts oxygen into the rivers in the day time, but takes it out again in the night.

Posted by Flyfishing the Irwell and other streams at Thursday, April 23, 2015