I visited this stretch of the Irwell last week and confirmed that it is one of Salford Friendly Anglers waters at the club meeting on Wednesday.

Very bright sunny day but the wind was cold, the river is low and very clear as we have not had rain for a while. Tackled up with 8 foot rod, as I was starting at the top of the river, I put on a Copper John nymph and fished across and down. 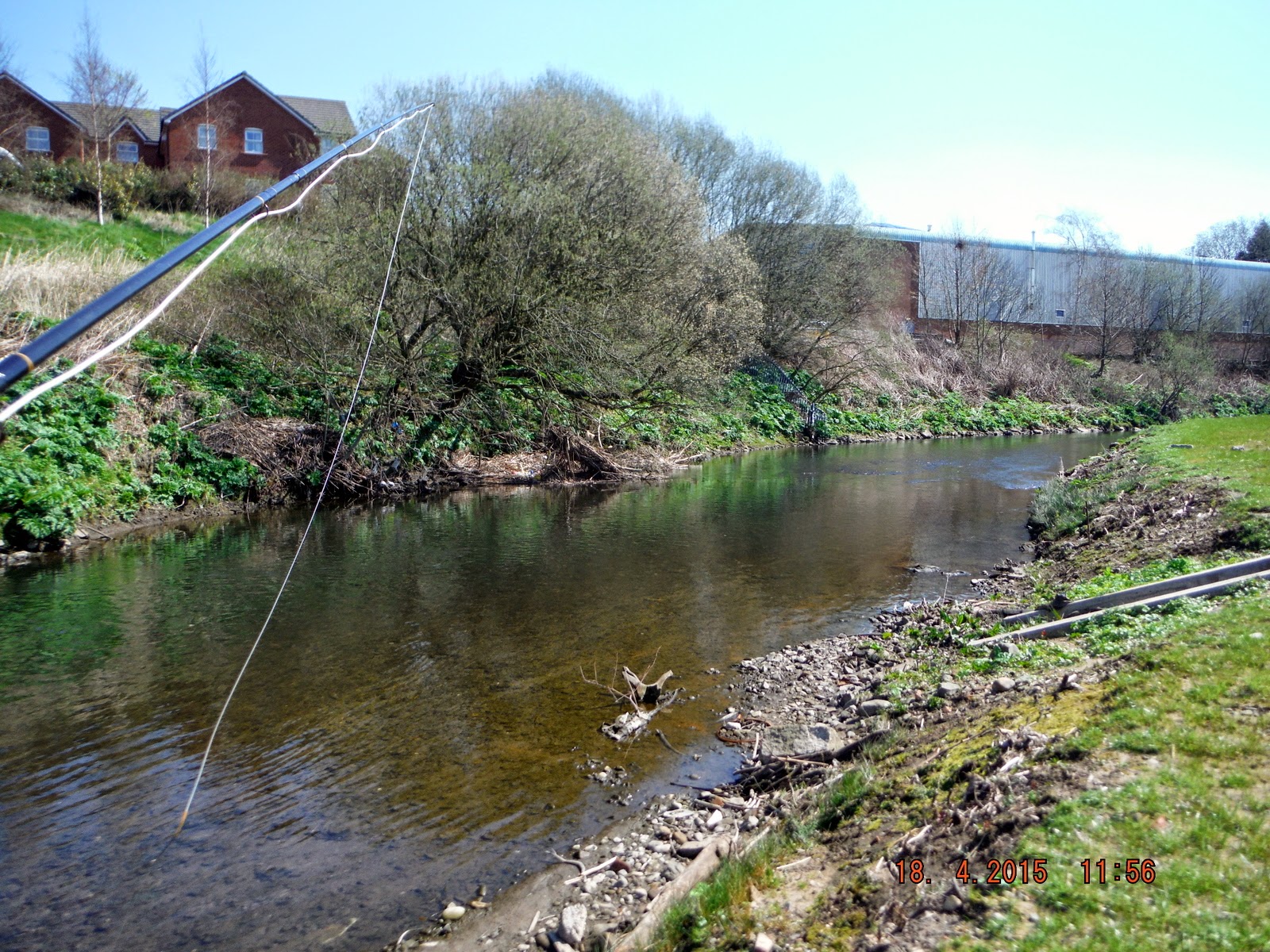 It is not the prettiest stretch of river, there used to be mills and factories on both sides of the river, 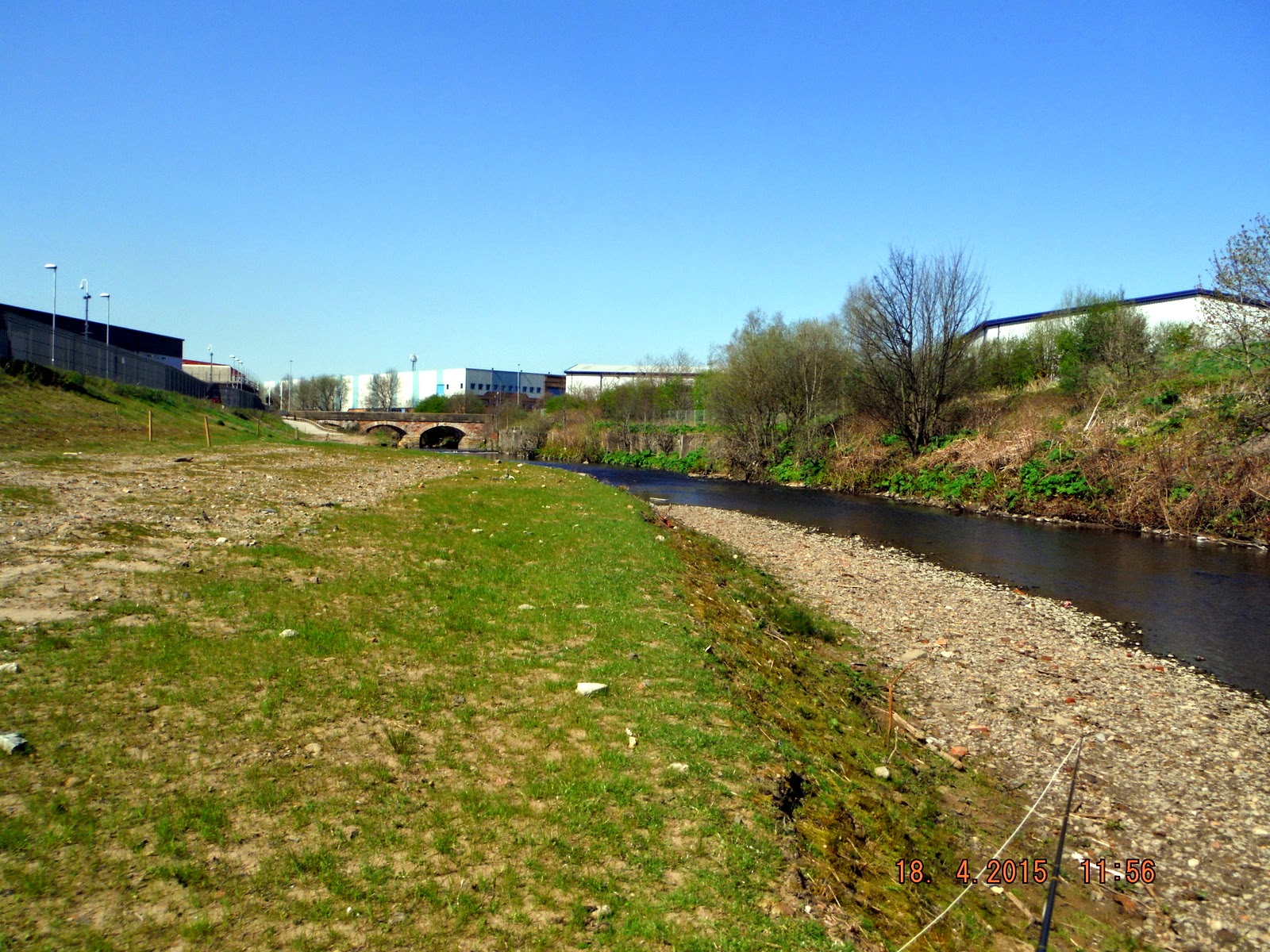 There still are factories, new housing and a new industrial area. The area with some grass will not be built on as it floods when the river is up.

I had a couple of hits, I think, on the way down but no fish and nothing rising. Changed to a Greenwell's Glory dry and started back up.

Where I had had the hits with the nymph a fish was rising, trying to get the the Greenwells  across fast water to the rise was causing me lots of problems.

It was a cast that landed just below the rise that produced a take, and what a take. It went down deep and then launched itself out of the water and I knew I was into a very good fish. It did not strip line it just stayed on the bottom. With a 3 pound tippet I was not able to give it a hard time, if it wanted a couple of yards I just let it have it.

Over thirty minutes later, with an aching arm, I was cursing my decision to only having my scoop net with me as the fish was longer than the mouth of the net. I was hoping that the man fishing further down and around the bend would come up the bank and give me a hand, no such luck.
A last I got his tail in the net and scooped him out, and on to the grassy area. 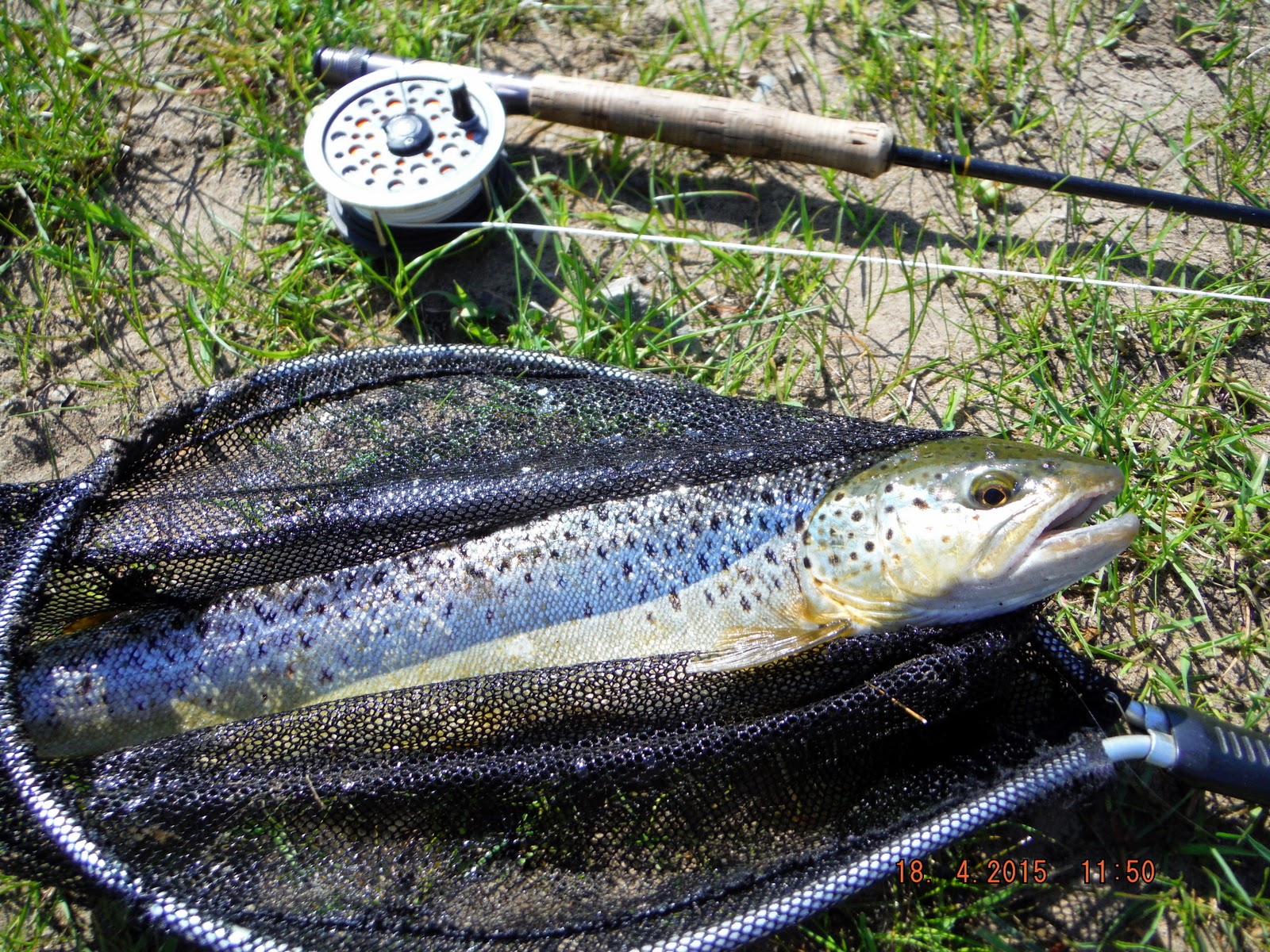 When I opened his mouth to get the fly out, it came out without any help from me. 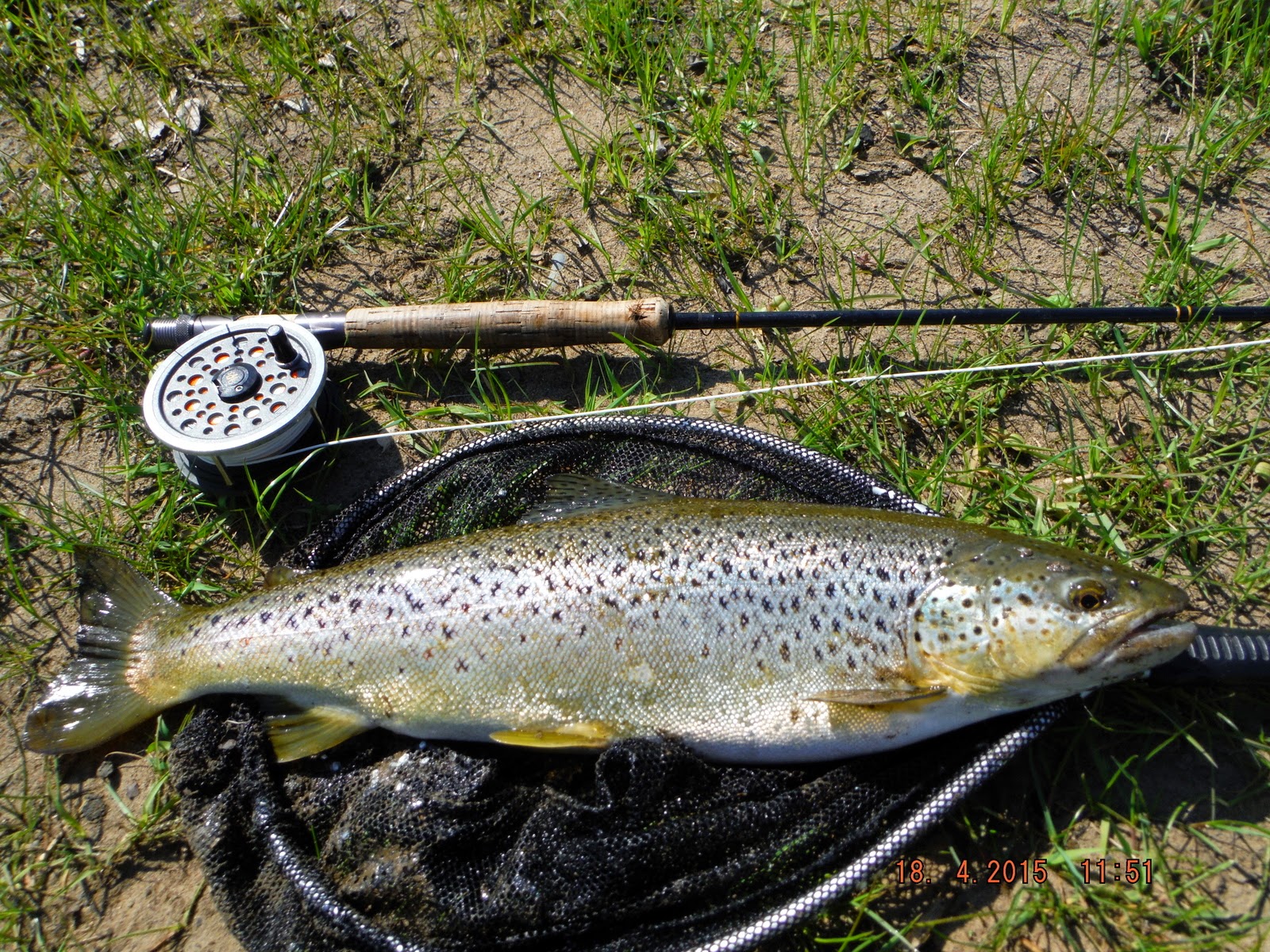 It was just under 20 inches and in very good condition, which makes it over 4 pounds in my reckoning.
I had no sooner got it back in the river when my fellow angler came up the bank, never mind I had managed without him. 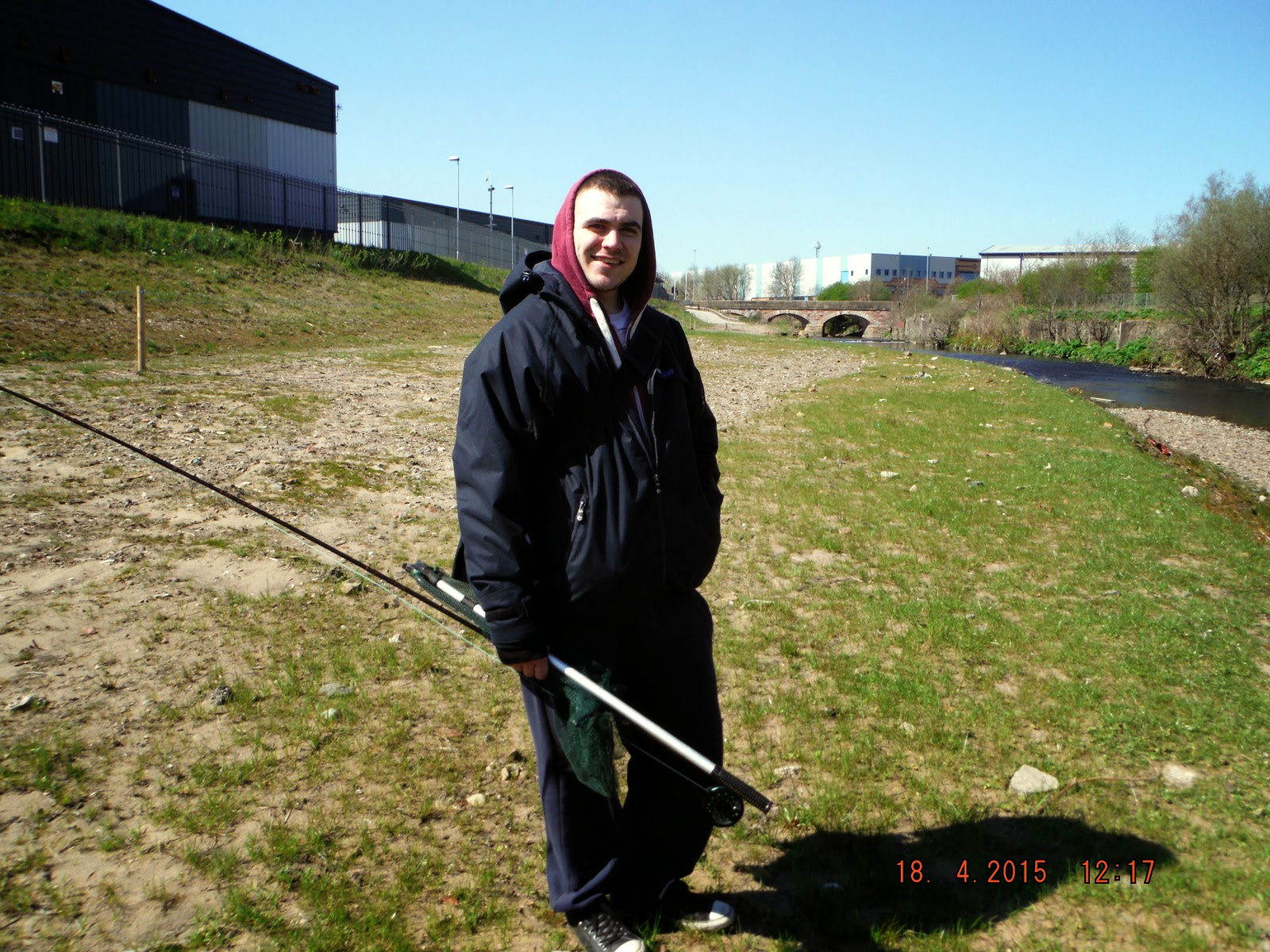 As always had a chat and asked him to join Salford Friendly. 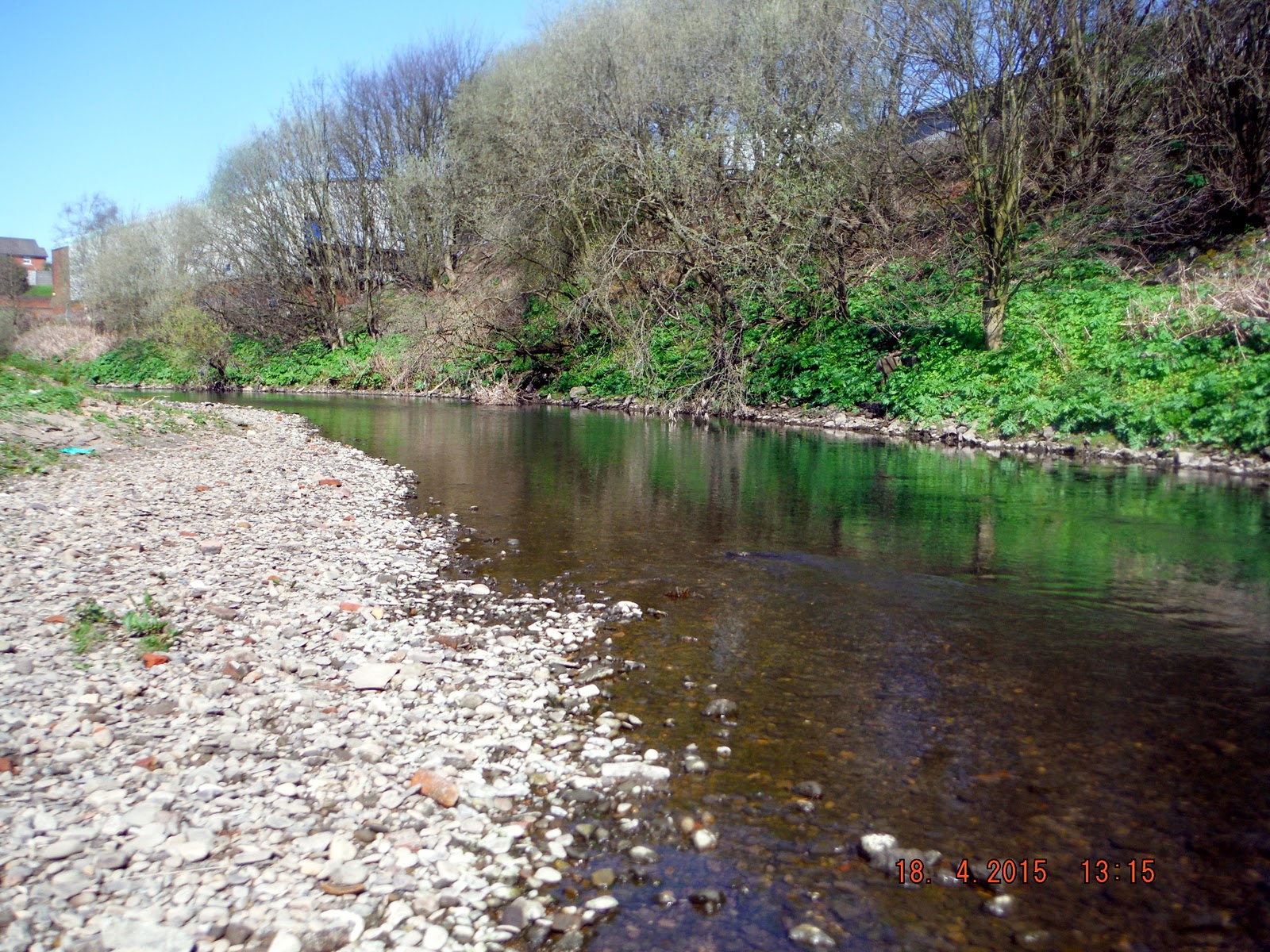 I walked down river again and then back up again to the place where I caught. There was still a fish rising, but not to my Greenwells, put on a large Iron Blue and tried that. Still having great problems with the current, finally a fish took, I hooked it, not as big as the other one, but not for long.
Decided to call it a day

Posted by Flyfishing the Irwell and other streams at Saturday, April 18, 2015