My monthly sample was not much of an improvement on last month and the figures are well down on last year.
Seems strange as it has been a mild winter, which I would have thought would be good the insect life of the river. As far as I know there has been no pollution reported, although there has been a lot of work improving the sewage system up river at Rawtenstall.
Today I noticed that the river had a milky colour which is strange as we have had no rain worth mentioning for a couple of weeks. After I finished the sampling I went up river to look for what might be the cause of the colour, before I had gone half a mile the river became a lot clearer, so what ever it was it had stopped.

As usual after the sampling I started fishing, the river was low and has a bed covered in a brown alga which meant that the water was not very clear. It was cold and mostly cloudy with no sign of a hatch, started with a nymph, Goldhead Copper John.
Hooked a couple of tiny three inch browns in the fast water but then I was getting plenty of knocks but could not hook anything. Moved down river and changed to a Goldhead Peasant Tail couple more small fish and then this one. 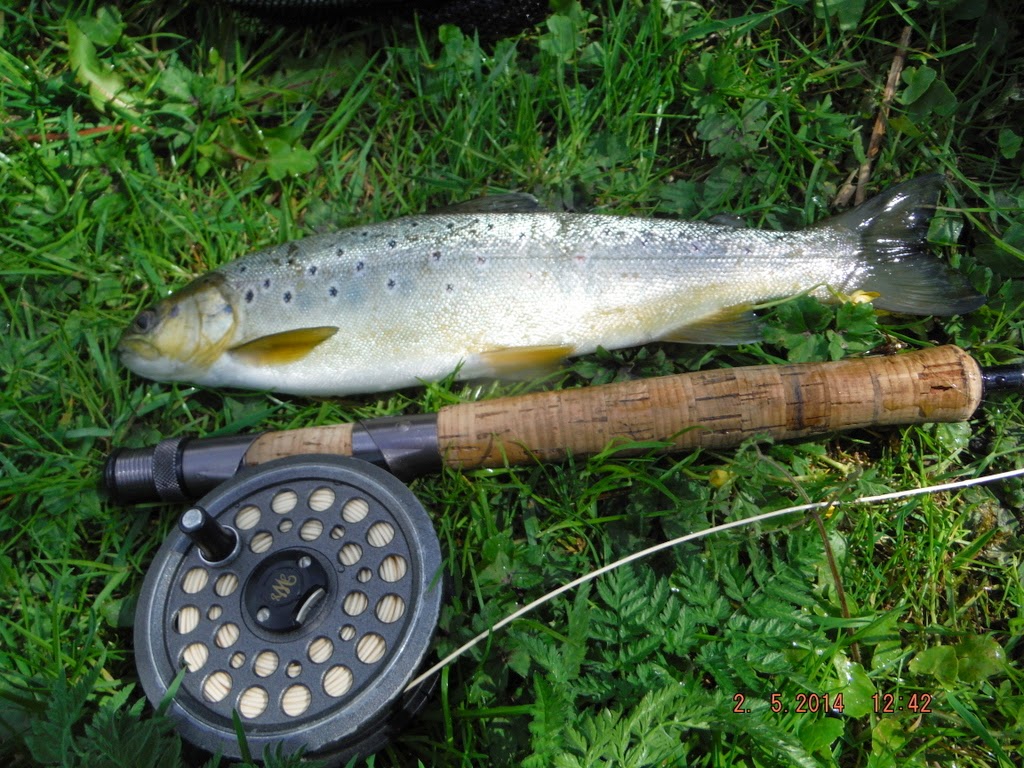 A nice clean 11 inch fish that ran me about for a while before coming to the net. 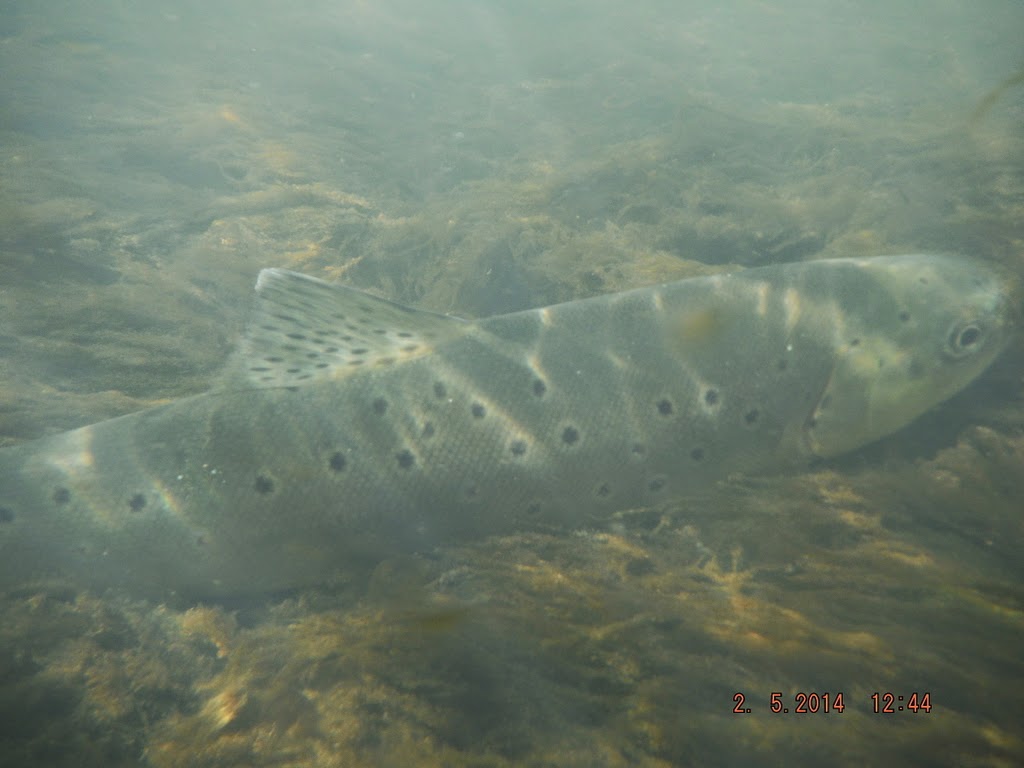 Getting a little better at the underwater pictures, you can see the Alga on the bed.

As this one had made such a fuss before being netted I moved
down river 15 yards and started again, soon into another one, not quite as big but still a good fish. About 9 inches. Should have wiped the lens after the under water photo. 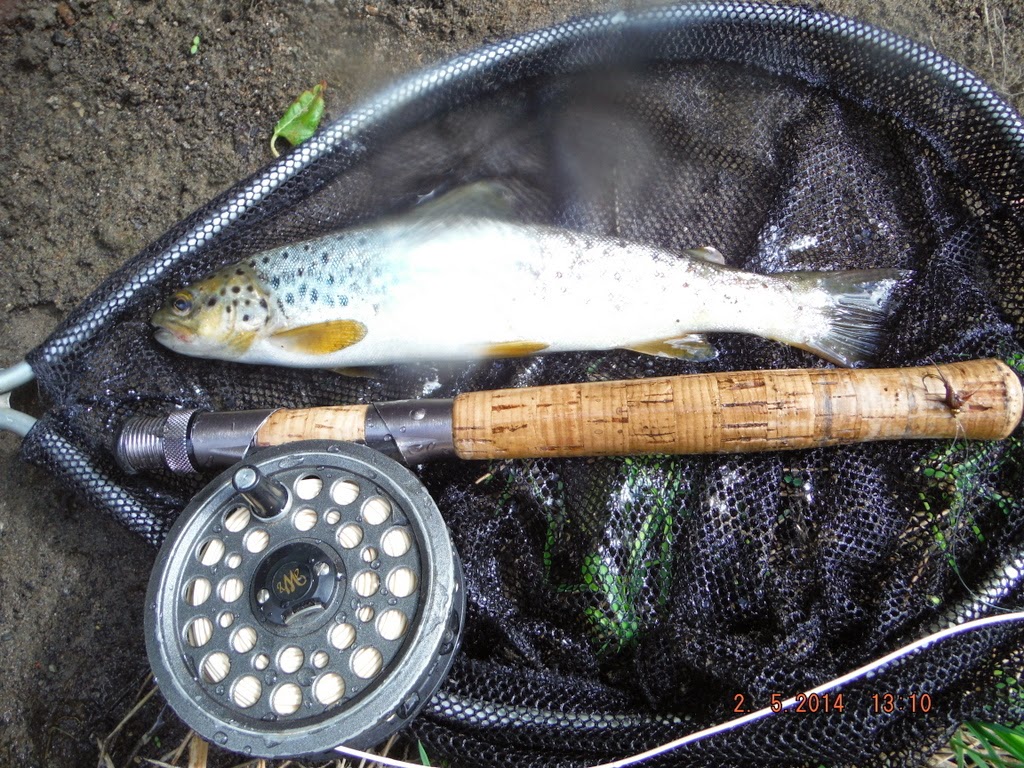 If the first one caused a fuss this one went daft, By the river I was going to call it Bob Beamon, it was only when I got home that I remember that it was Dick Fosbury that did the high jump Beamon was a long jumper. Why, well it left the water completely seven times before I netted it.

Up river I changed to dry fly and caught several more small and very small fish, I don't like catching immature fish but at least it shows that the river has a breeding stock and suitably gravel for them to use.

Moving back down river changed back to a Copper John and caught several more smaller ones and lost a very good fish after a few minutes fight above the weir by the motorway, never mind can't win them all.

I think we can say goodbye to this tree. 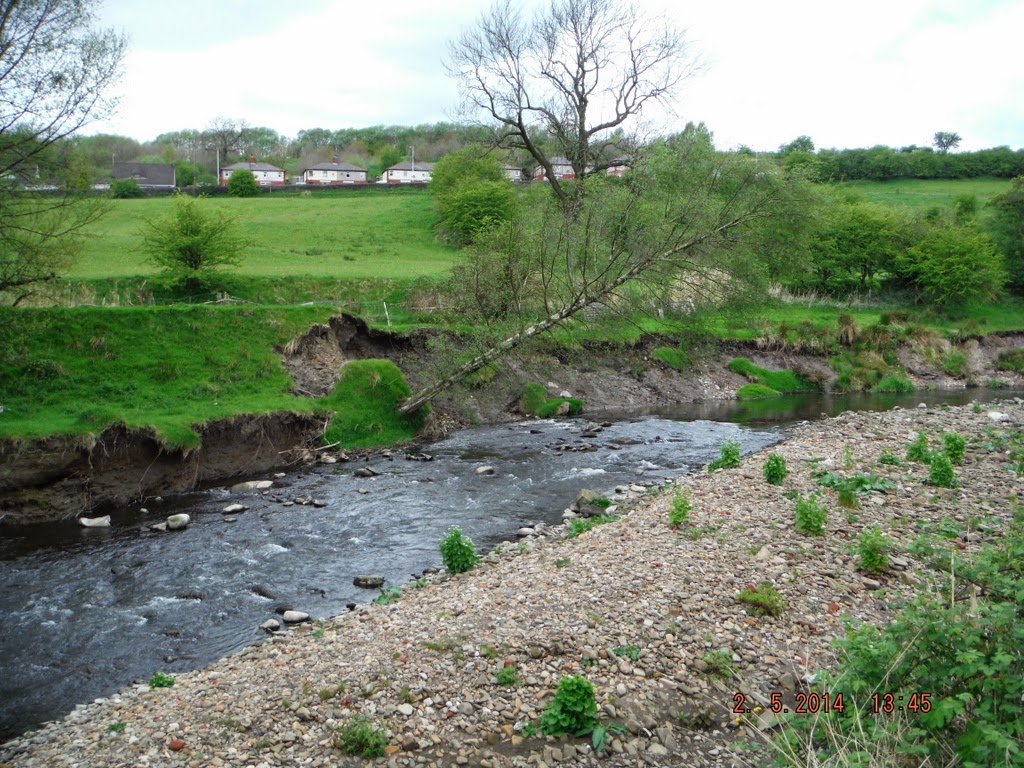 The river has been  under cutting that bank for quite a while, its a shame to see a mature Silver Birch on its last legs. Next heavy rain and it will be gone. 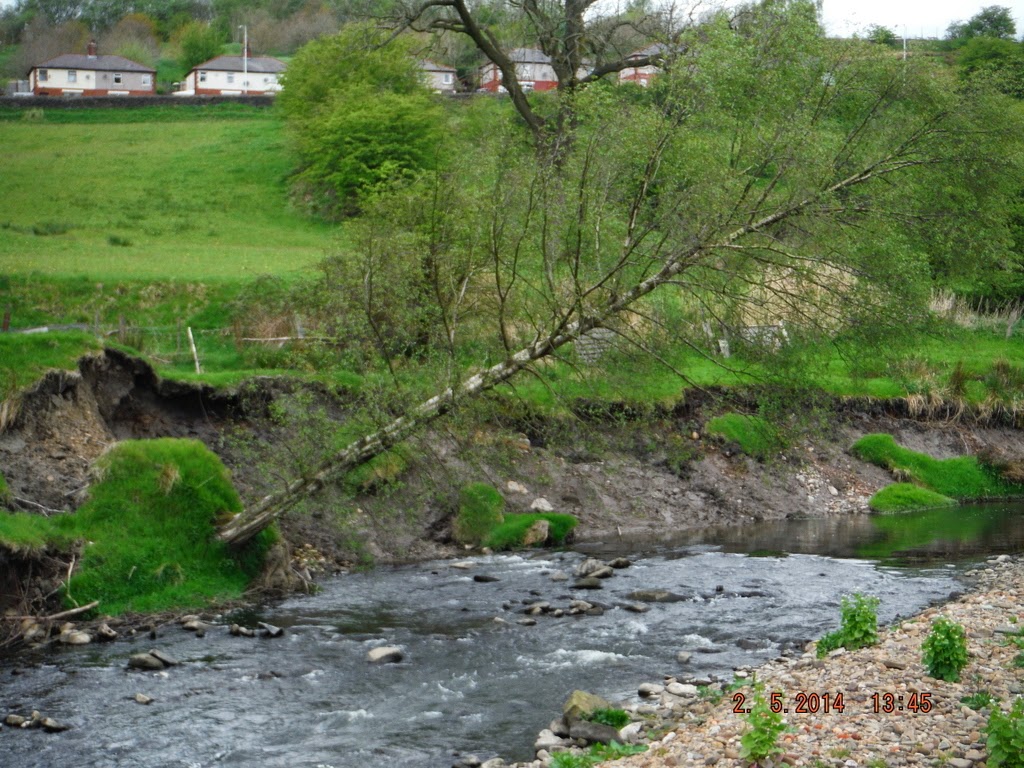 Posted by Flyfishing the Irwell and other streams at Friday, May 02, 2014