Had not fished up towards Rawtenstall this year apart from the stretch above Ewood Bridge, thought it was time to have a look at a couple of of spots I had noticed whilst on my walks earlier this year. The first bit I tried look very promising and I could park next to the river.  I was surprised how deep it was which was good and I could see fish rising.
7 foot 3 weight and a Greenwells dry to start, trees were a problem and the wind was in my face. Though fish were coming up to flies I had the impression that they were only small ones, not so as I found out after a few casts when I hooked my first fish. It did not seem to be too worried about being hooked until it saw me, then it took ten yards of line off my reel in one lunge. Few minutes later I netted it. 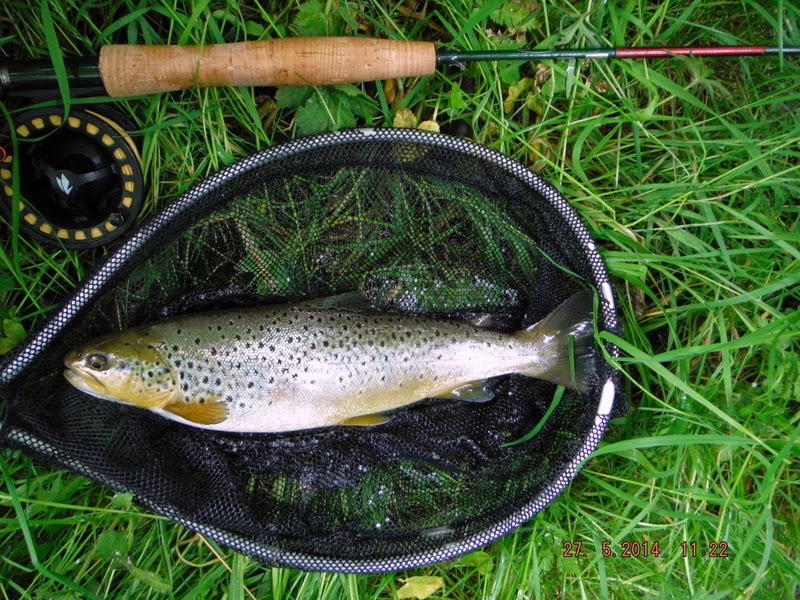 Just under 15 inches and a very pleasing start.

This ones antics seemed to have cleared the pool so I moved up and caught a few smaller ones before my next decent one. It came from a small pool where I had struck and missed half a dozen small ones and was about to give up and move on. 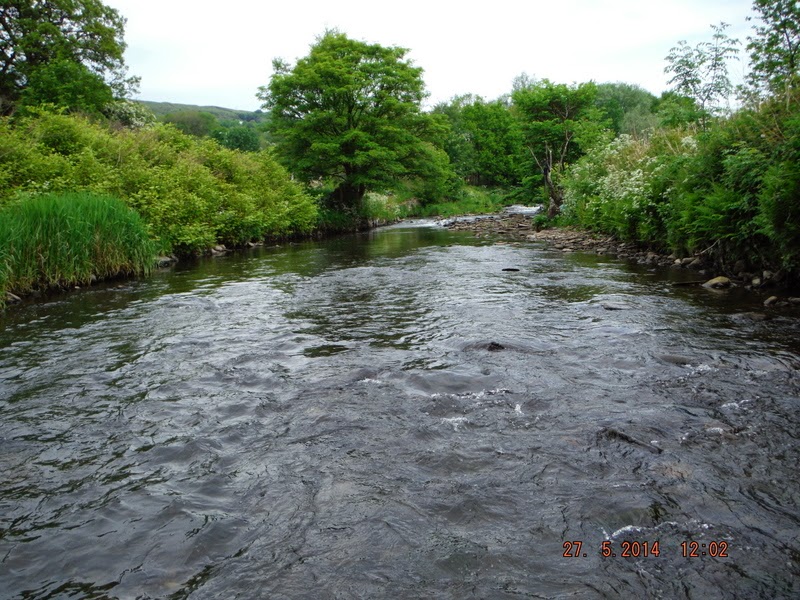 The next good fish came from under the tree on the left. 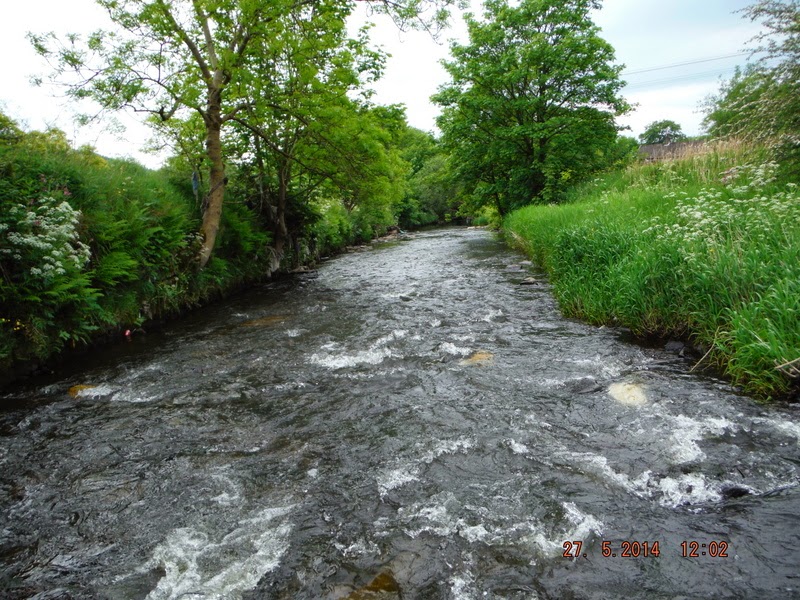 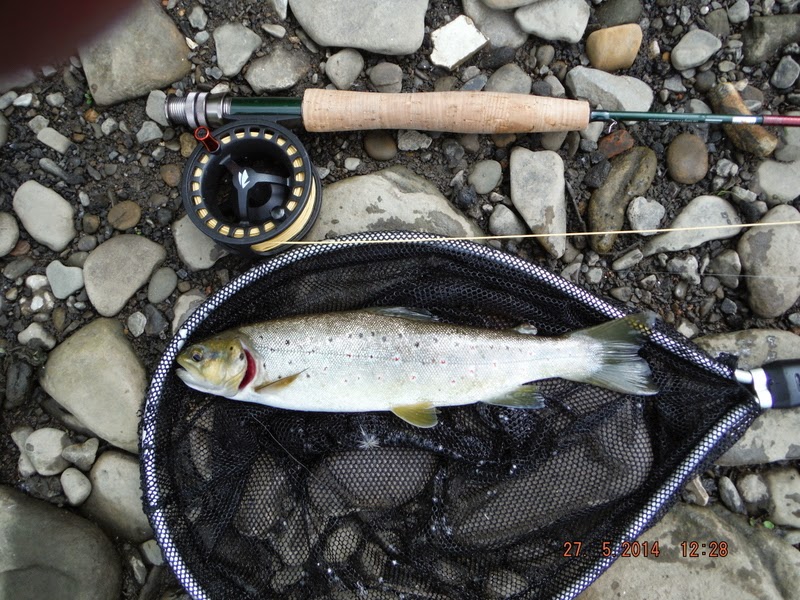 A couple of inches smaller than  the other one, I had changed fly by this time as can be seen by the one in the net below the fish, I only changed because I was having trouble seeing the Greenwells in the faster water. 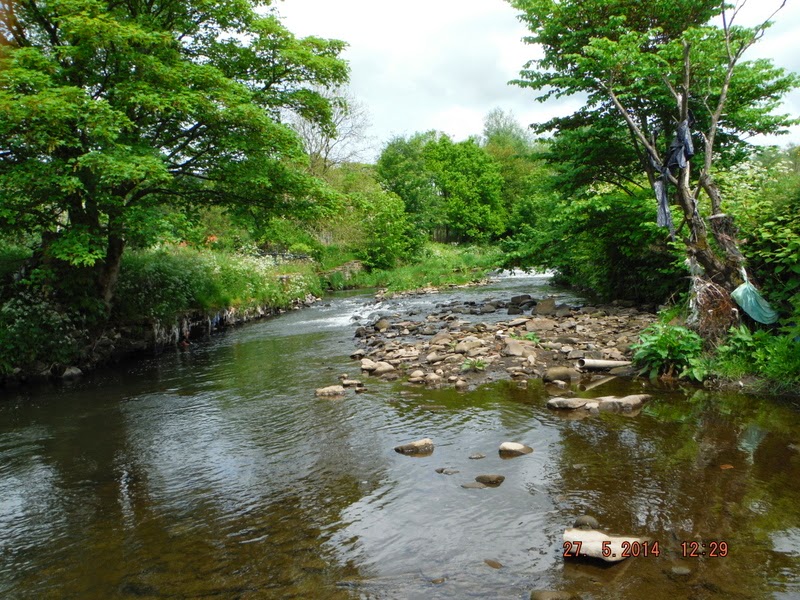 Caught a few more below the old weir that you can just see in the distance, above which I did not fish, change to nymph and fished back down to the car. Only had three on the nymph but I did rescue a good football which I will pass on to some local youths.

Still quite early so I went to another spot that I had notice on my walks, did not fish as I could not find a suitable place to park.
Stopped at Ewood Bridge on my way home and had a hour there, caught four small ones and missed a dozen and then home.

Posted by Flyfishing the Irwell and other streams at Tuesday, May 27, 2014