First time here this season as the footbridge has been closed for what seems like an age, it actually is an age, never mind it's open now.

Although the day started very sunny we soon had plenty of cloud, but it stayed quite warm. River low and alga every were same as yesterday. Fished nymph, Copper John to start then Pheasant Tail and finished with a Hares Ear  on point and the Pheasant Tail on a dropper, all Goldheads.

You can probably guess that I was not having any luck, best part of 3 hours with only an occasional snatch and no sign of rising fish to give me some hope. Then I had a take that took most of my fly line off my reel. Twenty minutes later I got a look at the fish, it seemed to have something wrong with its head. There was a light coloured patch on its nose and down the side of its jaw. Did not stop it fighting one bit, a little over ten minutes later he was in the net. 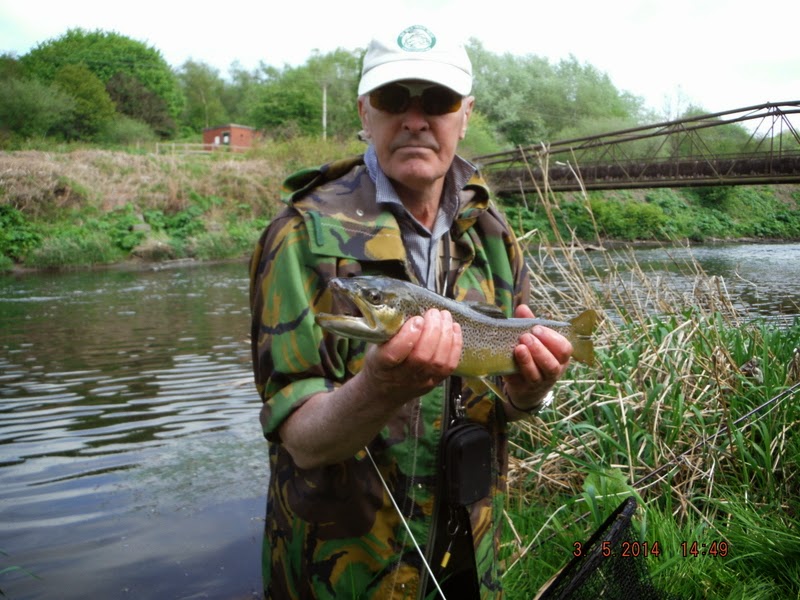 Lucky for me two gentlemen had come down to watch so I handed one of them my camera, this is showing the best side of this hard fighting twenty odd inch Irwell Brown. 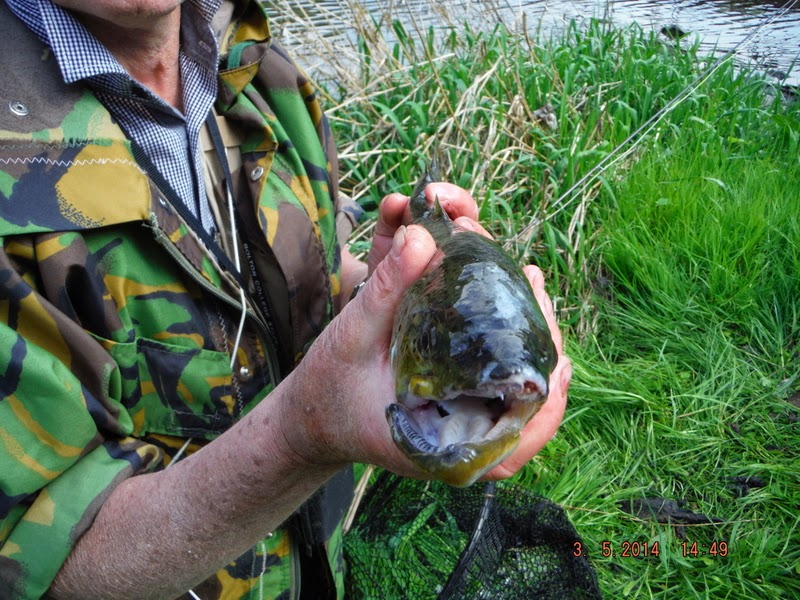 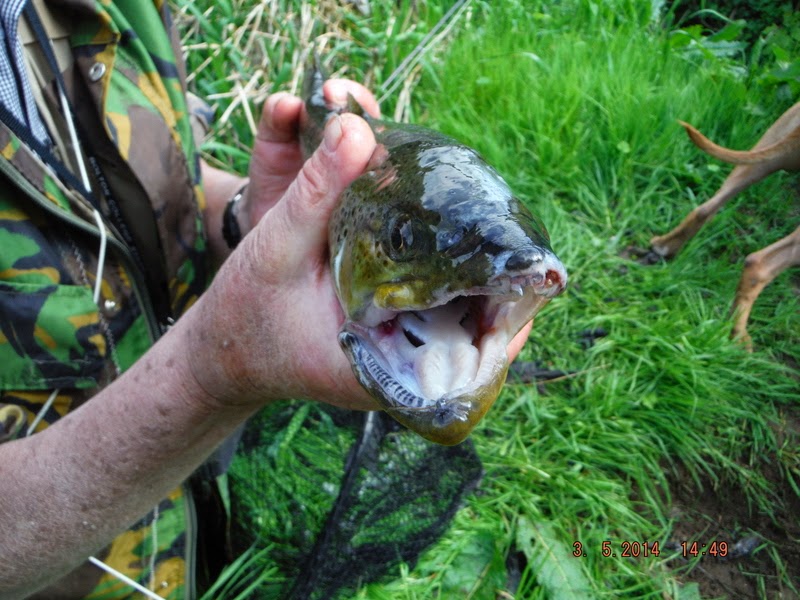 Not so pretty pictured from the front.

Should I have returned it to the water or put it out of its misery, apart from its ugly injuries and white marks on its head it was in surprisingly good condition and well able to feed as proved by the way it took my nymph and fought for over thirty minutes. So quick as I could back in the water it went, took a couple of minutes to revive and then off it went. 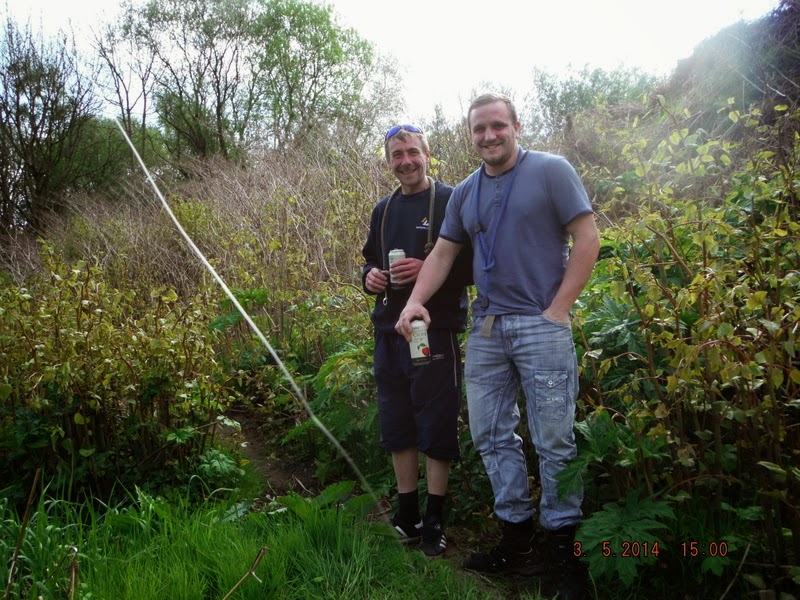 I thanked my helpers, one of whom I have met by the river a few times before. Sorry about the no names, I forget my own sometimes.

They had two lovely dogs with them, one was always of in the undergrowth but I managed to catch the other one. 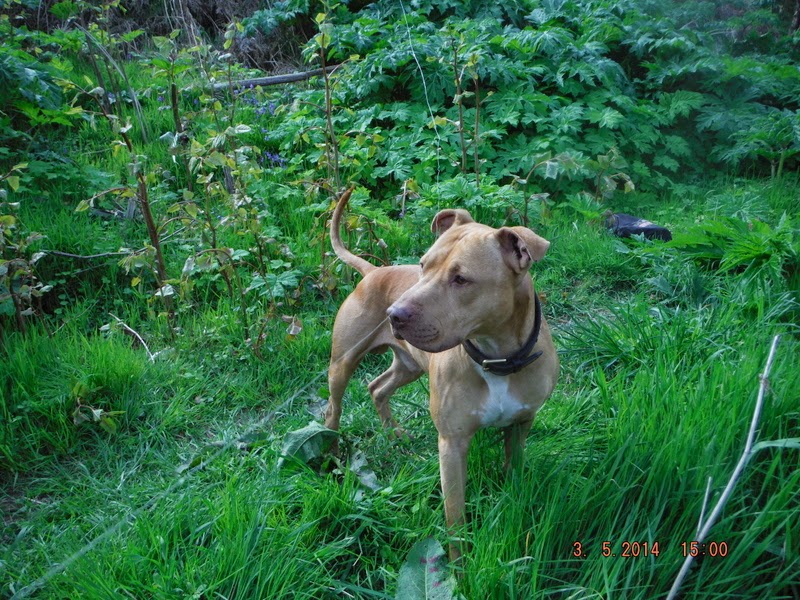 Can't work out whats coming out of the dogs nose, looks like a beam of light perhaps it's his tracking device.
It is definitely not my fly line.

Nearly forgot I must report the six fish eating Red-Breasted Mergansers that I saw on the river.

In answer to how can you fish in rivers during the Course fish close season, this is of the EA web site.

You can fish for salmon, trout and other game fish during the coarse fish close season. You have to use certain types of lures and baits in some areas however.

Midlands, Yorkshire, and the north-east and north-west of England

You can only use natural or artificial fly, minnow, worm, shrimp, prawn, sand eel or artificial lures during close season.
Posted by Flyfishing the Irwell and other streams at Saturday, May 03, 2014