Lots of heavy rain over the weekend rivers up and pretty much unfishable.

Monday was better so had a try on the Tonge in the Valley after tea.  Two maggot fishers at the first weir and one at the other one, he was fishing with a pole! Seen most things now.


Fished nymph and caught six small ones the best below. 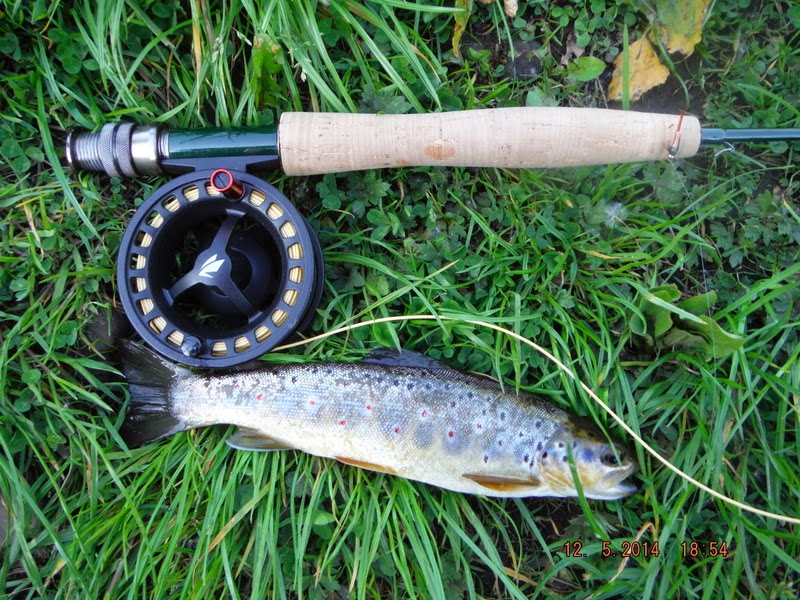 Notice the new reel on the new and repaired rod.

Did not stay long as I was fishing like a numpty, if I didn't get stuck on the far bank I got caught in the trees behind me. If I missed them I was snagged on the bottom, thought of blaming the repaired rod but it was me really.
Went to check the sewer leak that I reported a few days ago, no more leak. At least I got that done OK.
Tuesday. About time I gave Ladyshore another go, there had to be a time that I caught more than the odd fish and today was it.  Five fish that's the best I have ever done there. Three where from above the broken weir, don't think I have ever had more than one up there before. Took a photo of the first one, expecting it to be the only one, turned out to be the smallest of the five. Caught one other then moved down below the weir. 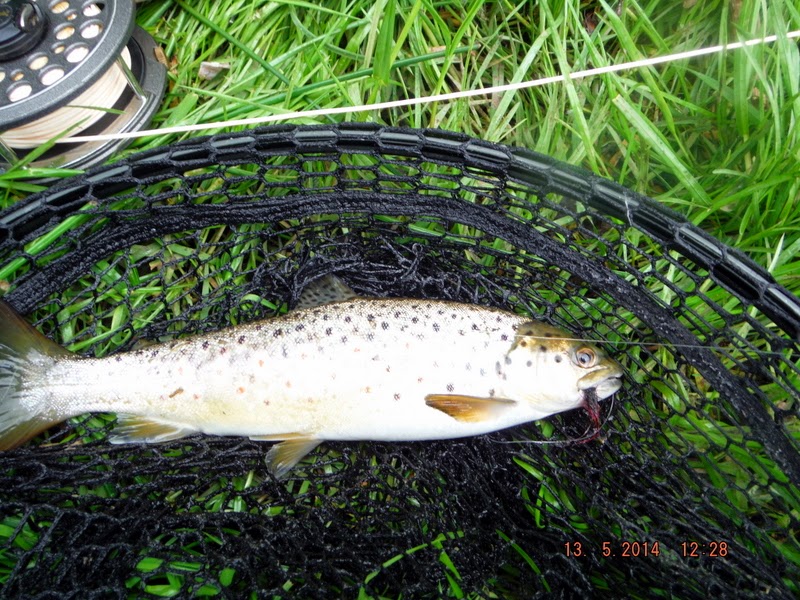 As always the river was looking good, Sand Martin's nesting in the bank on the right, hope the bank stays up for them as there is lots of erosion on the far bank.  (Must check the lens before taking photos.) 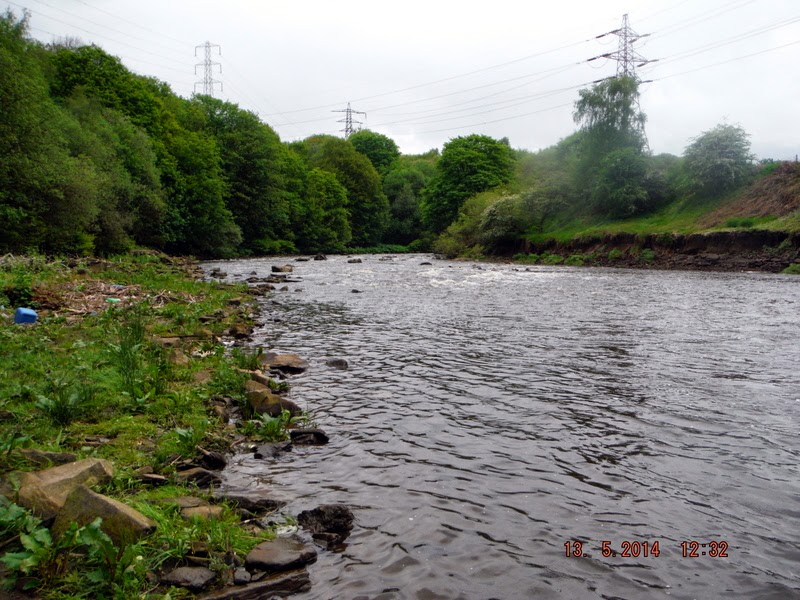 All that grass by the water must have slipped there over the weekend and will be gone the next heavy rain. 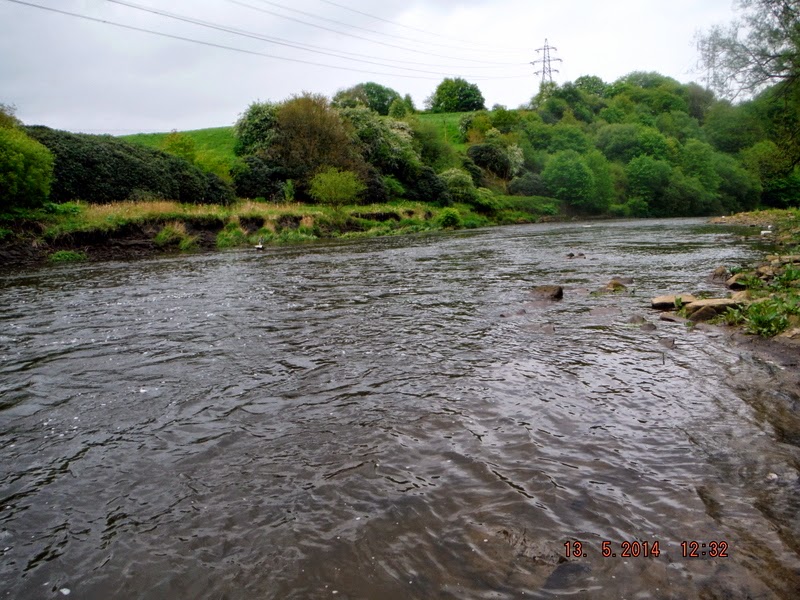 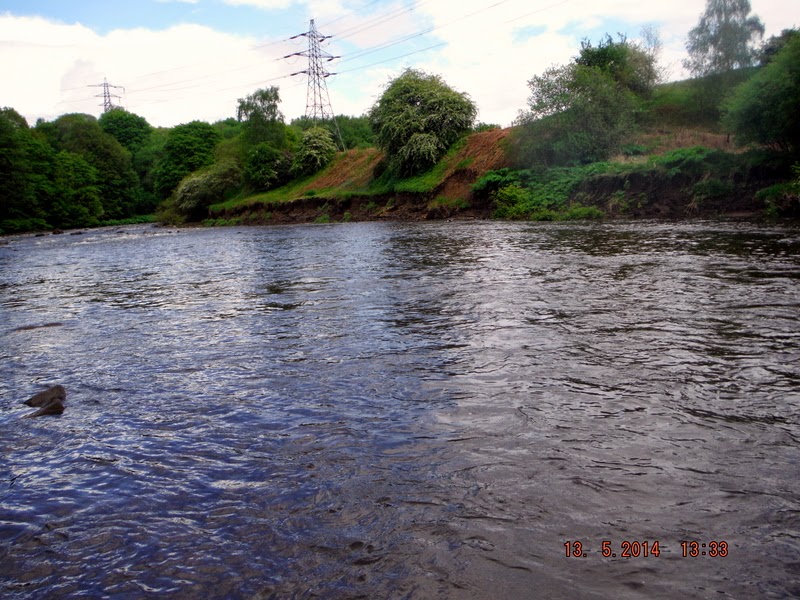 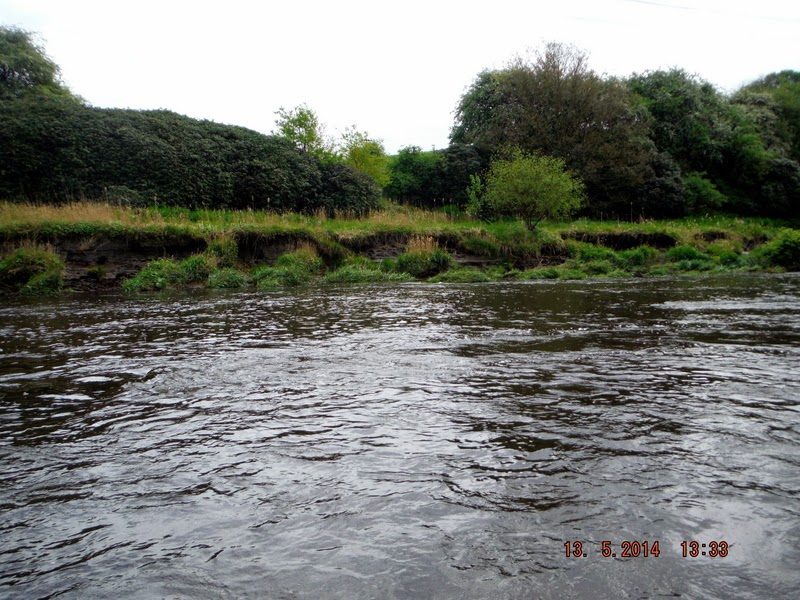 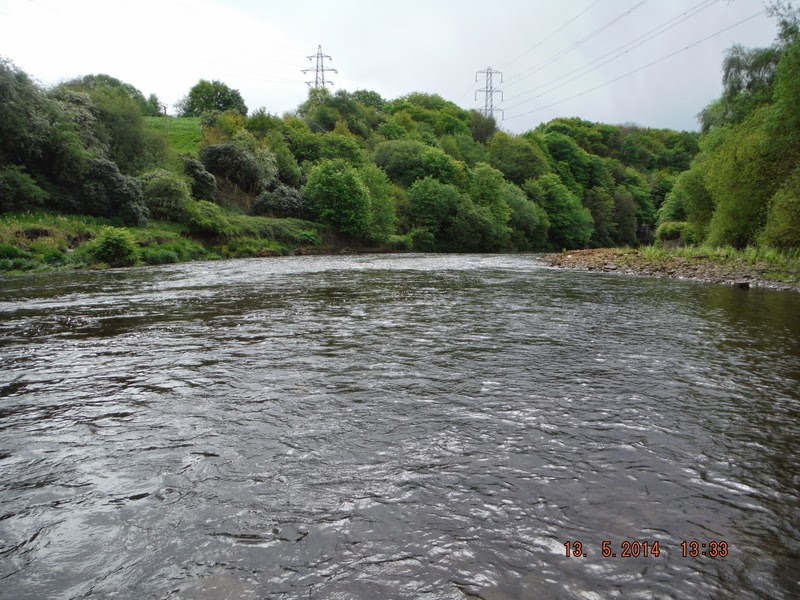 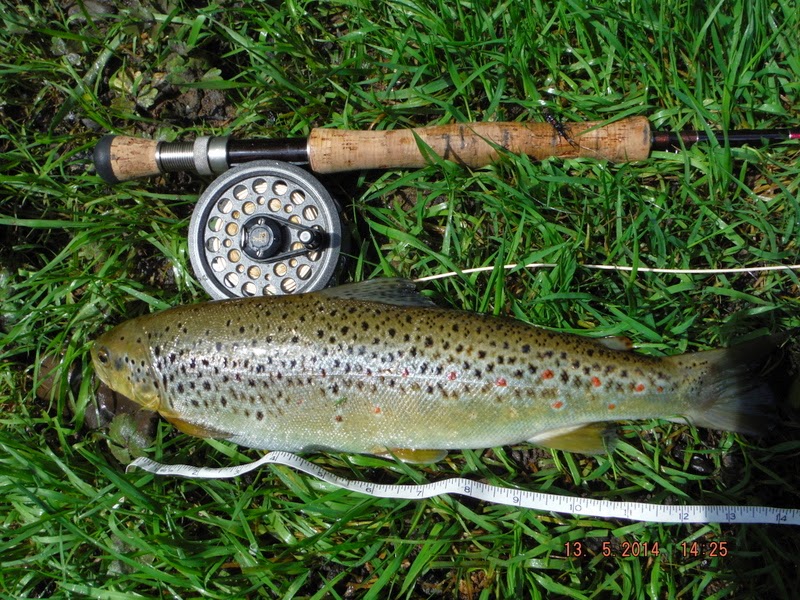 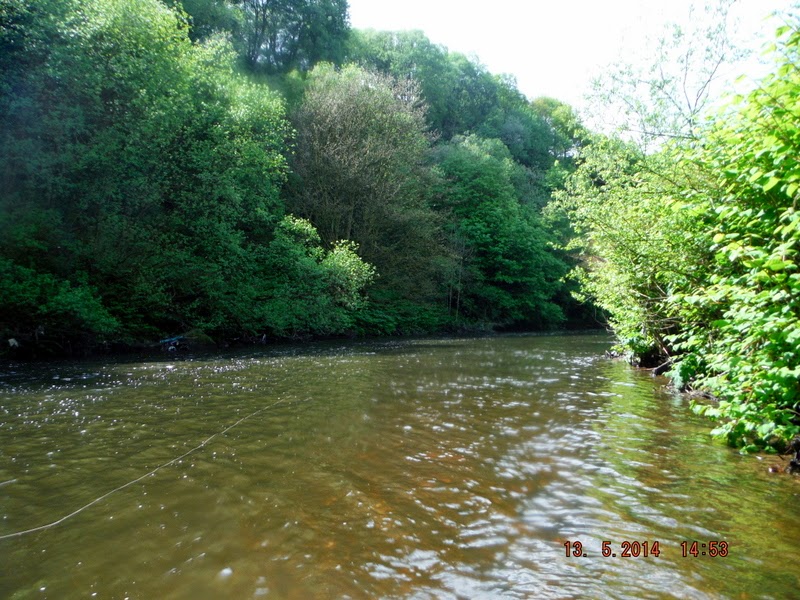 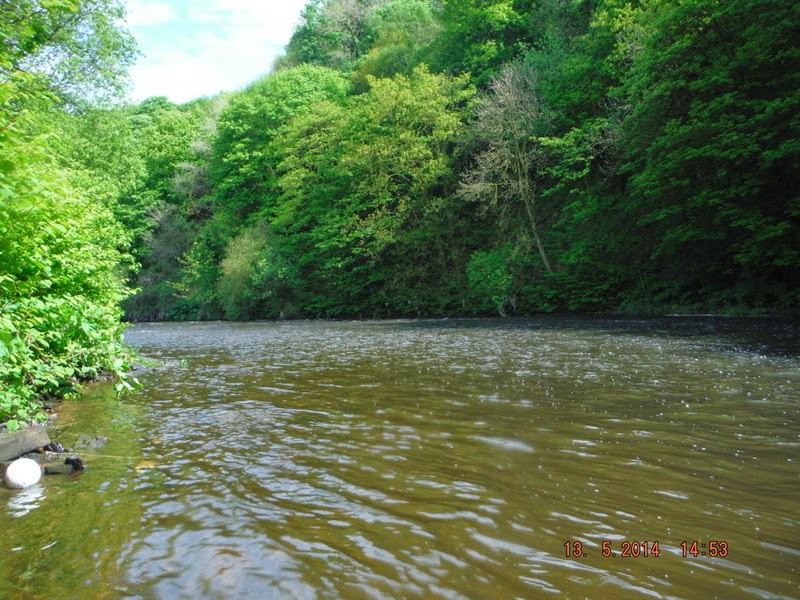 The colour of the river was becoming muddier, I had had some light rain since arriving, must have rained harder up river to cause this.

Had another one,just ten inches, before moving back up above the weir again.

To my surprise I caught my fifth fish, making it the best day that Ladyshore has given me in three years of trying. Apart from the fish that I netted I had quite a few snatches in the pool just below were the weir used to be and were I caught the fish. So for Ladyshore a good day was had by me, not going to be counting my chickens for the next time though.

Posted by Flyfishing the Irwell and other streams at Tuesday, May 13, 2014