So much for the weather forecast of rain, we did get a bit, but not enough to make any difference to the rivers around Bolton.

After having caught a few at 7 Acres yesterday decided to fish the Firwood stretch of the brook. Not a bad choice although it can be very hard work in places, in fact in most places. 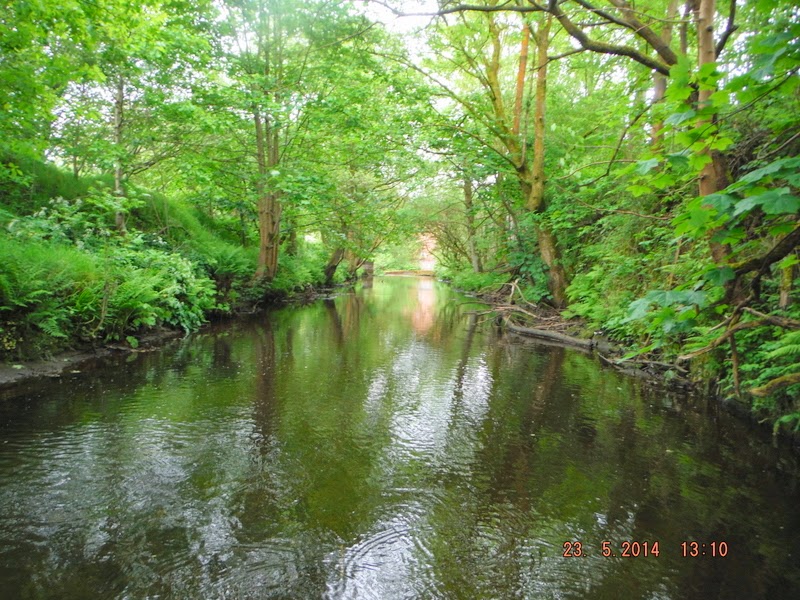 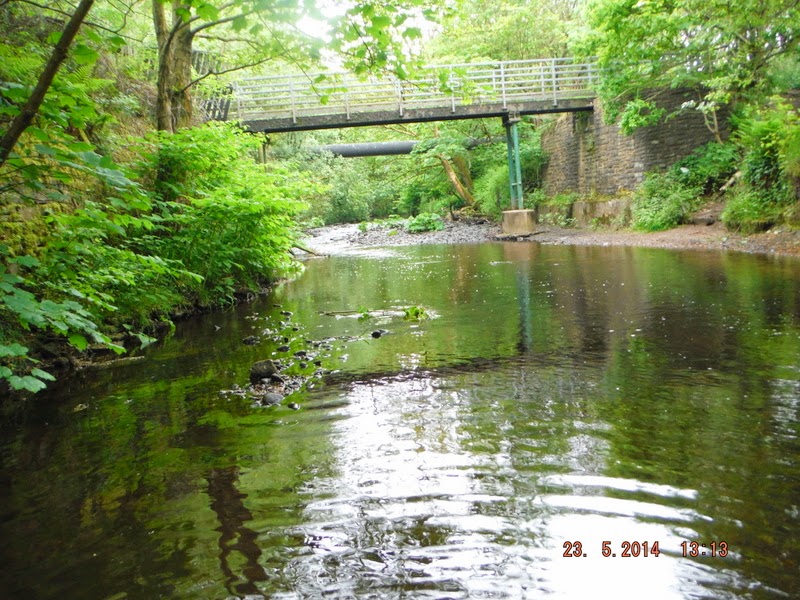 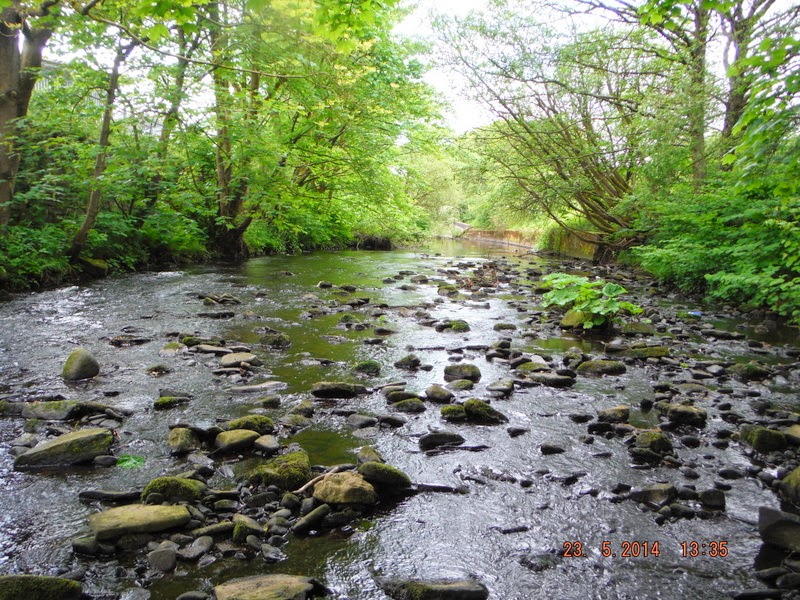 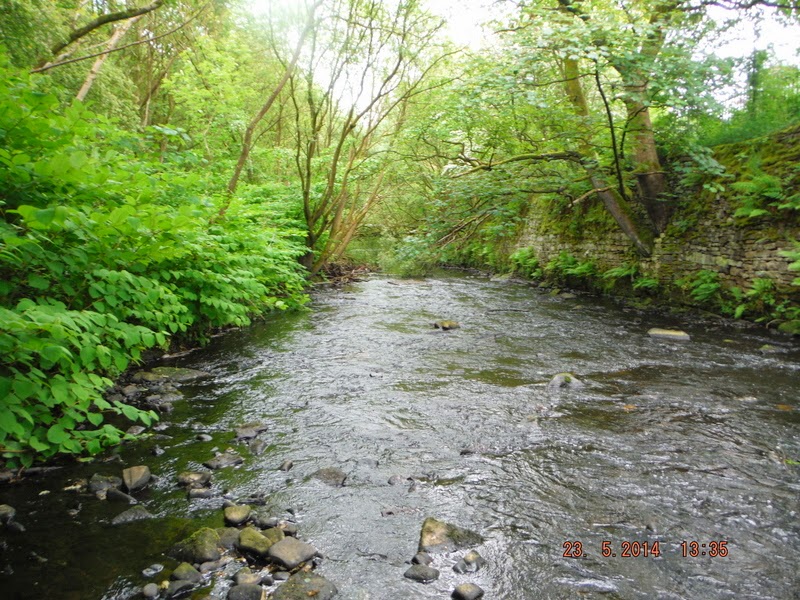 These are some of the easier places. 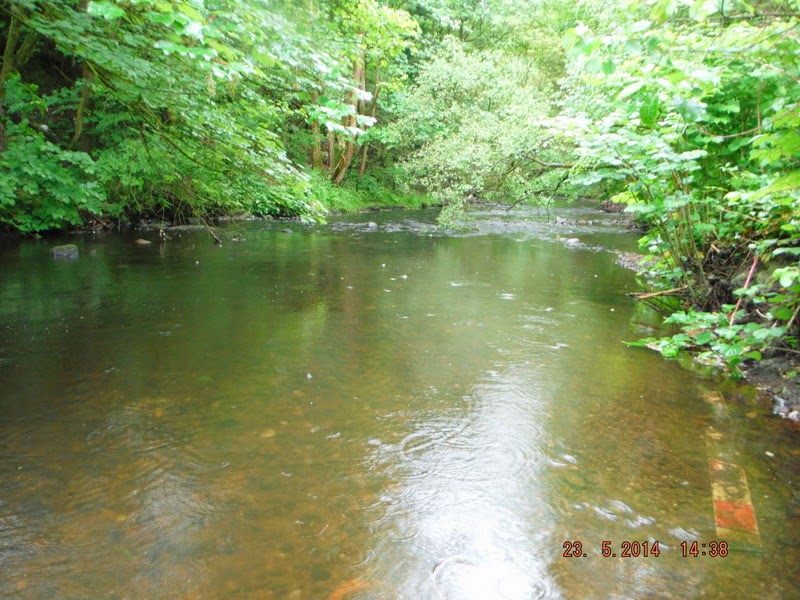 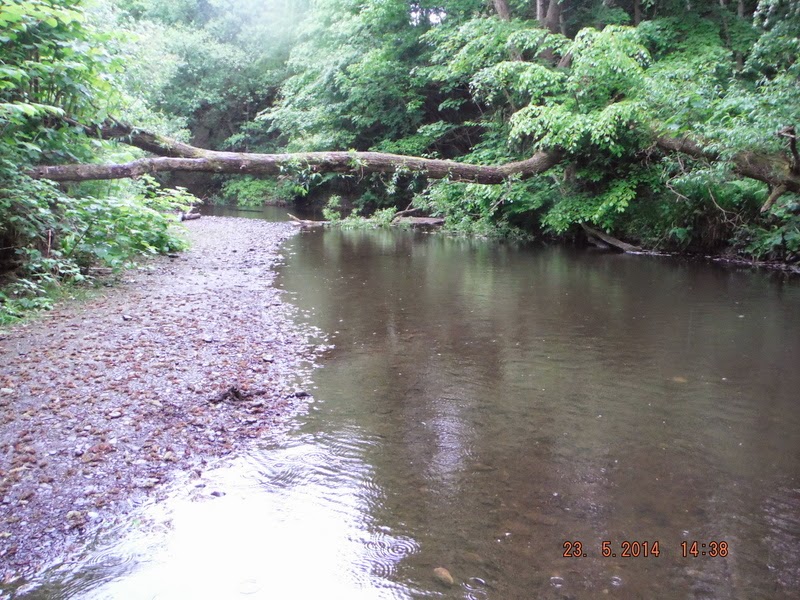 Just getting to these two was hard work.

Turned out to be worth it had a few nice fish on nymph, nothing rising between the showers, best here was this one. 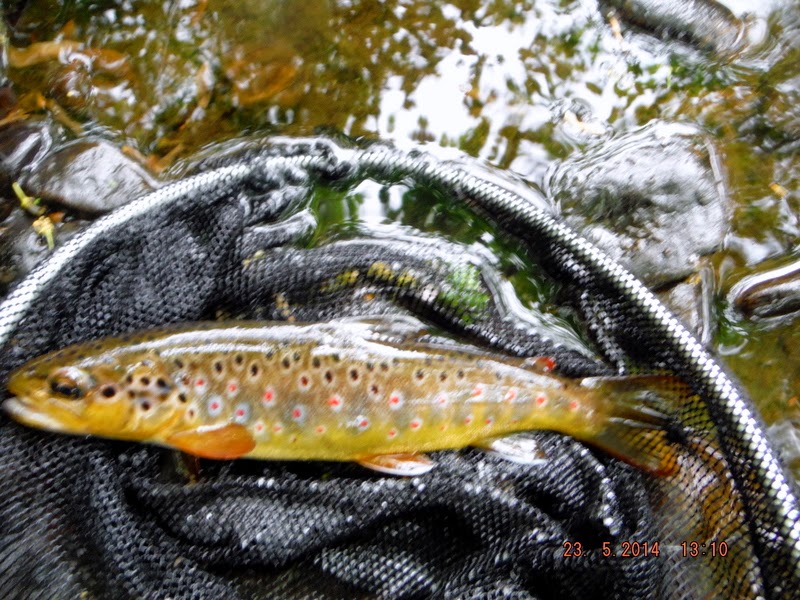 Had enough of fighting the my way through the undergrowth and went to 7 Acres for a lazy fish. 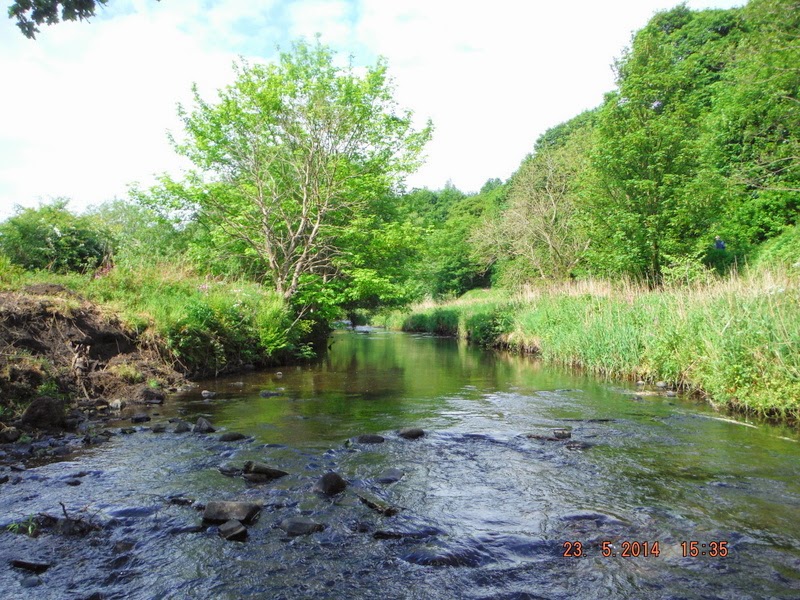 Not so lazy fishing under those trees. 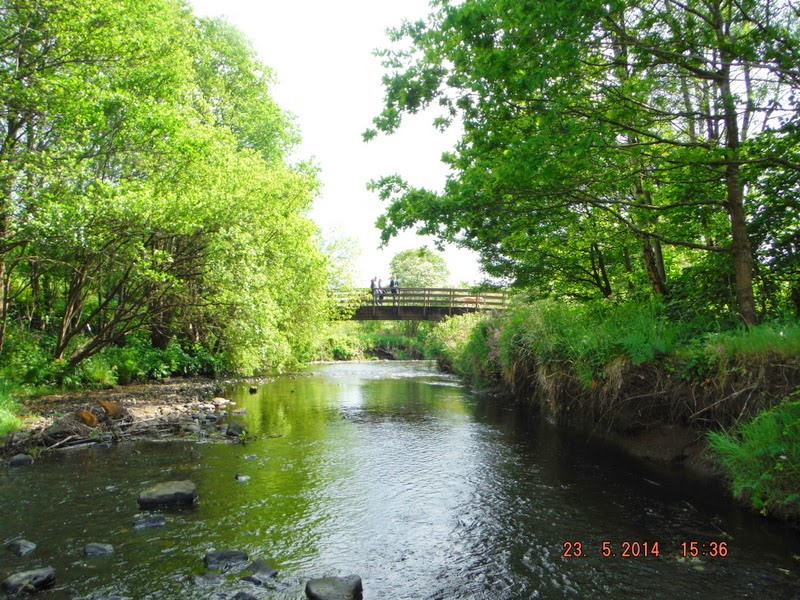 The two ladies from yesterday, with there Mum, could not catch one for them today, well not here. 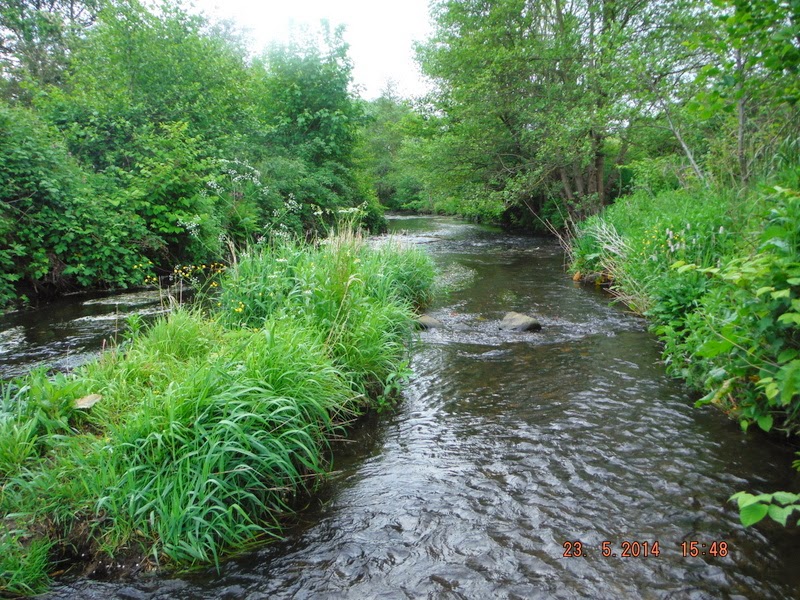 Tricky down here as well. 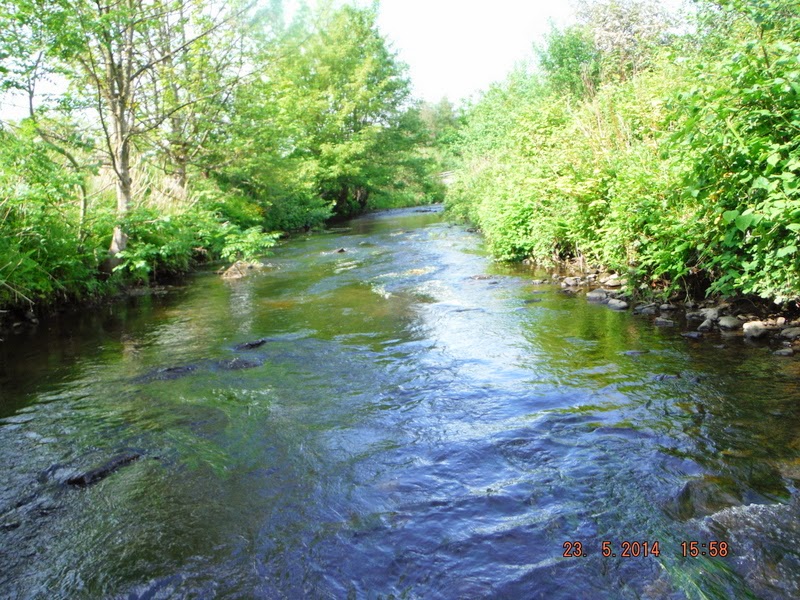 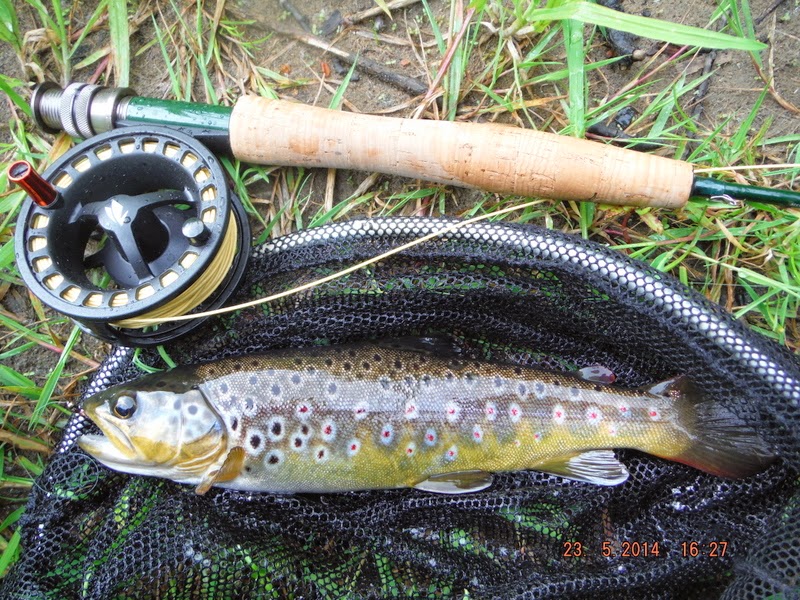 Best fish of the day, caught it under the pipe pictured below. 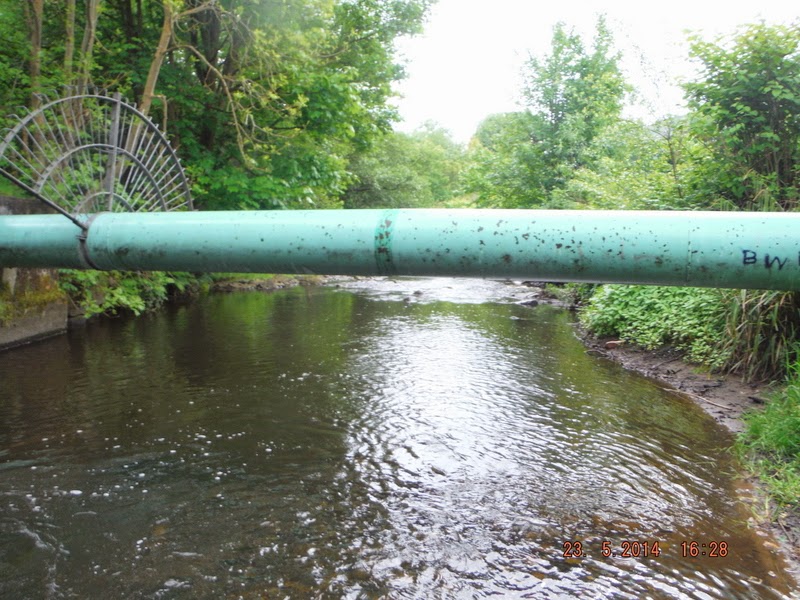 Don't have to tell you whats in the pipe do I. 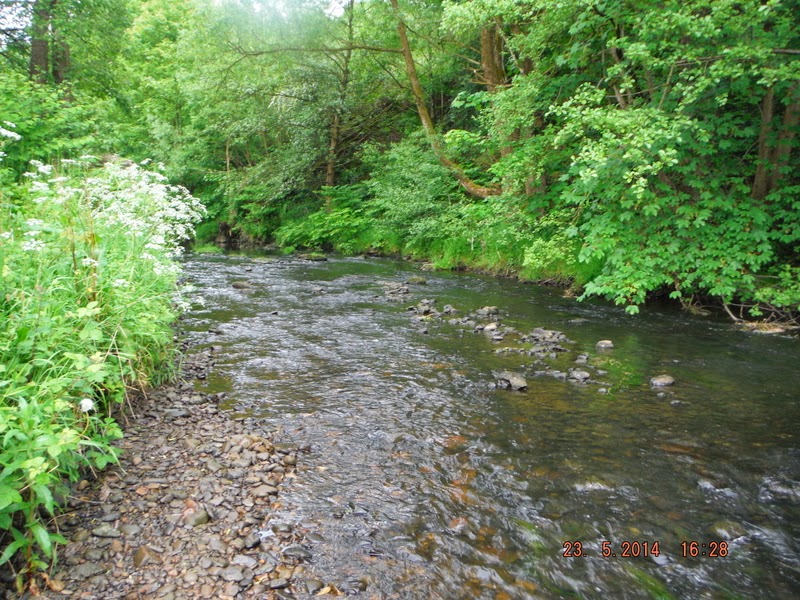 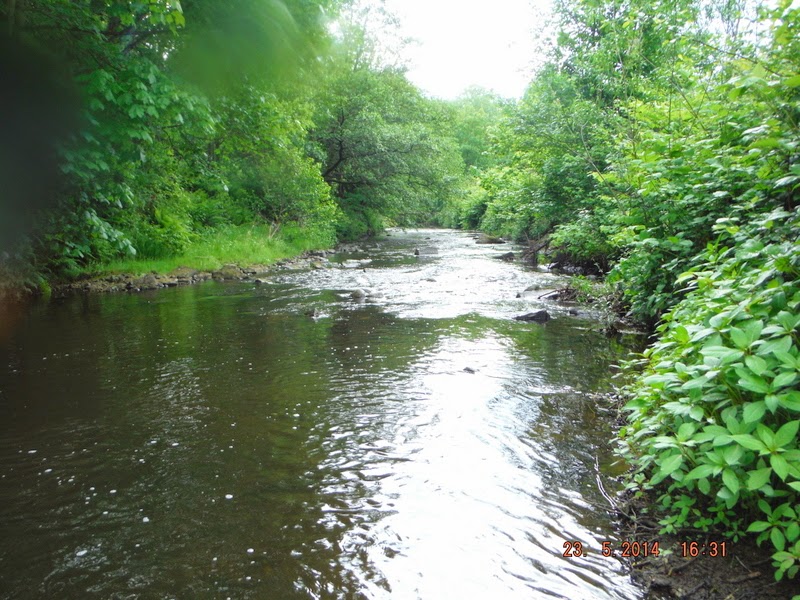 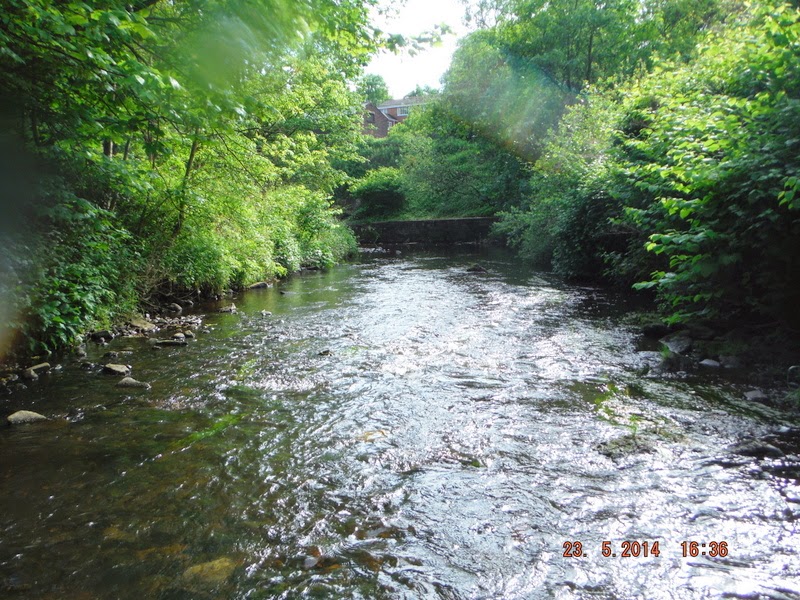 Further below the pipe 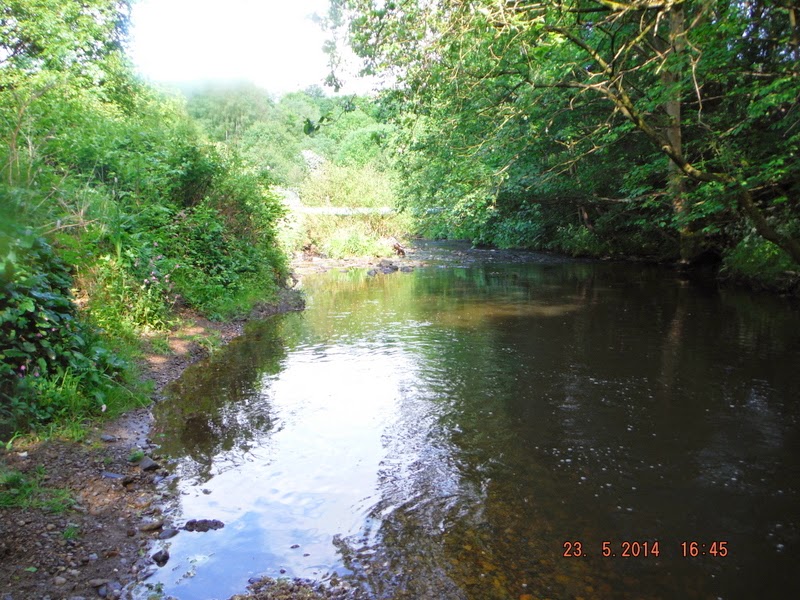 Yep that's the same pipe in the distance, it follows the brook all the way to the WW treatment plant on the Irwell. 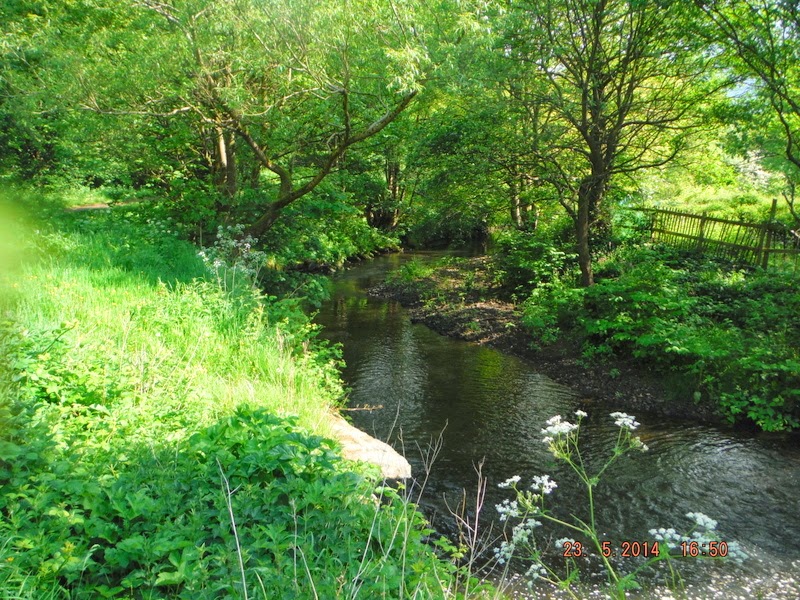 Nice spot with some good fish if you do not mind losing a fly or two.

Looking back at the pictures it seems as though the sun was out most of the time, which it wasn't. We had some sun between the showers, but most were only light ones.

Posted by Flyfishing the Irwell and other streams at Friday, May 23, 2014